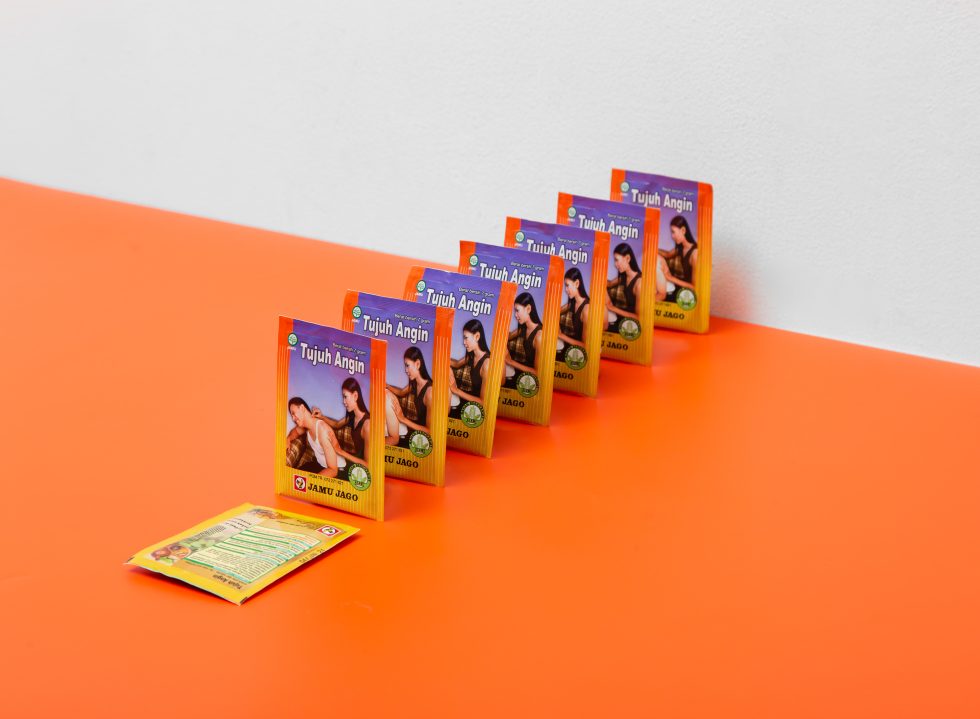 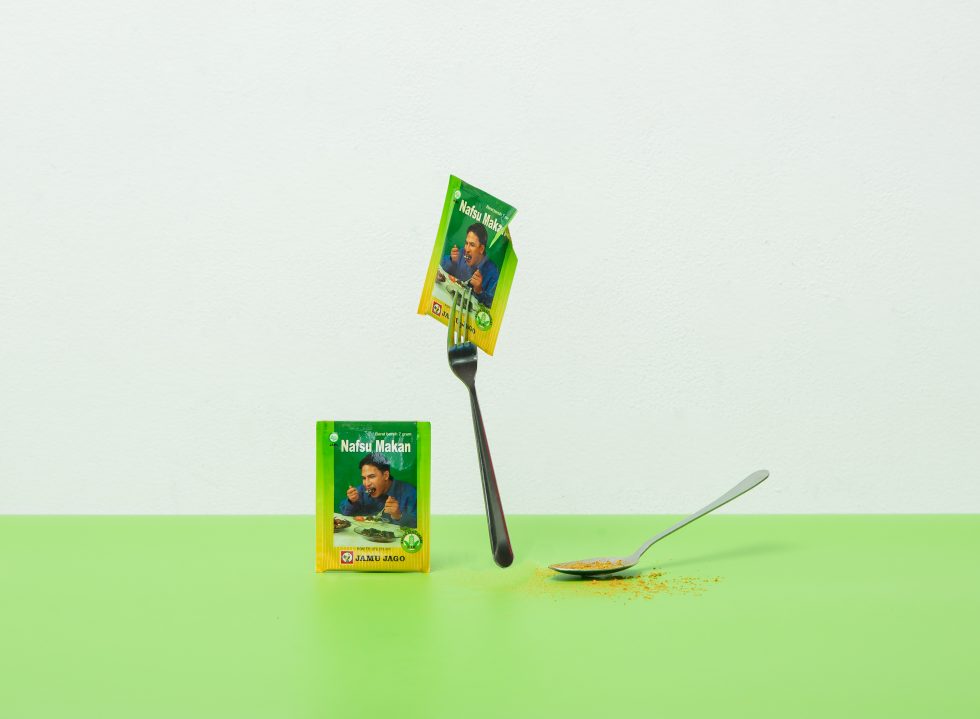 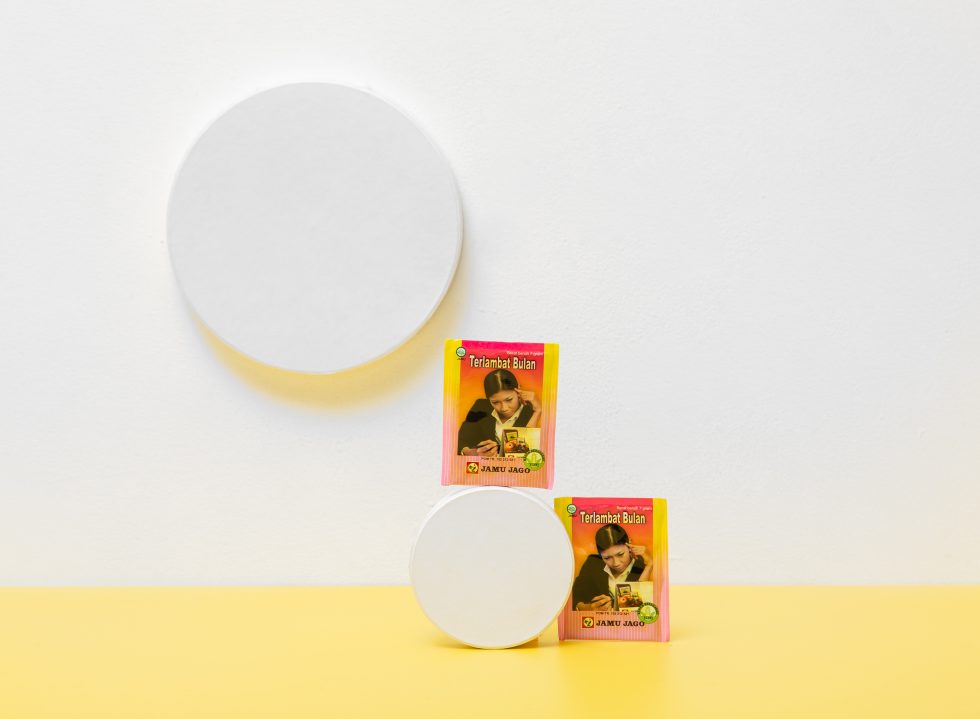 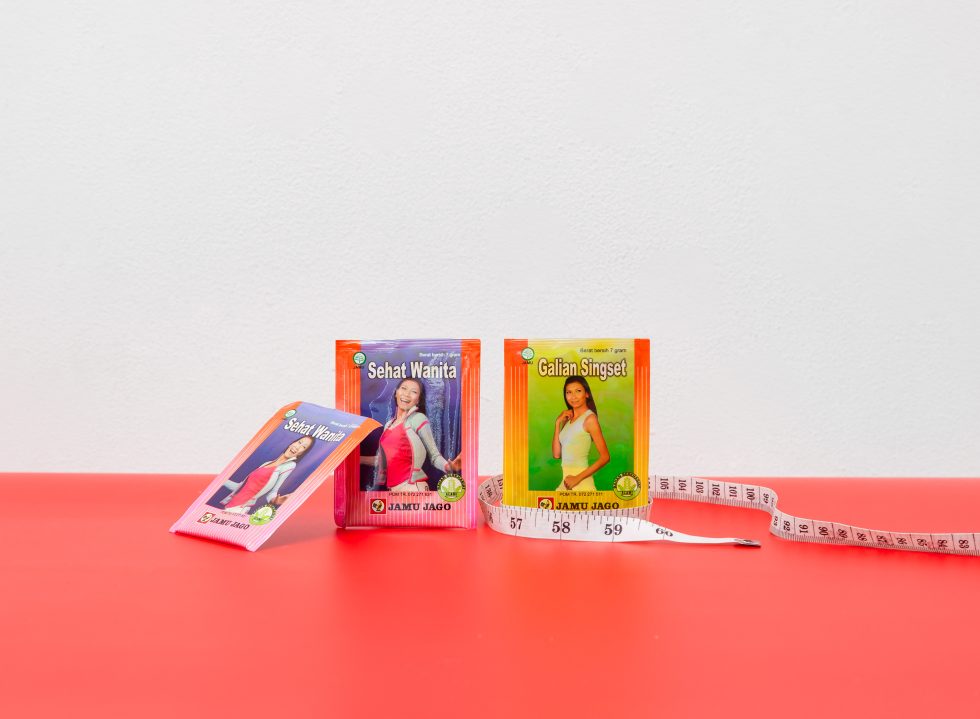 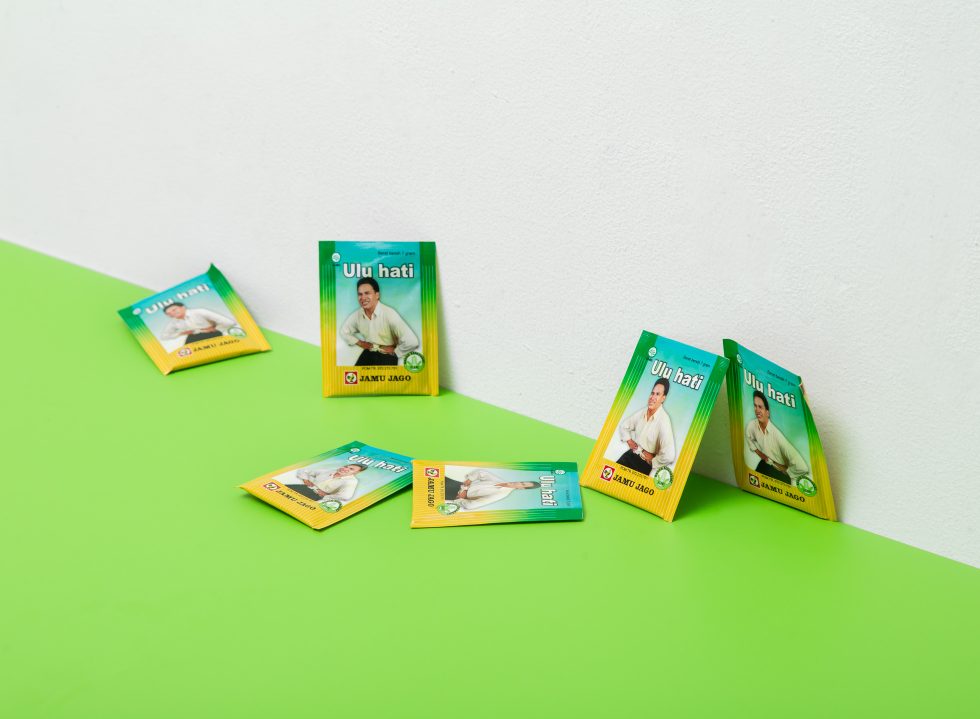 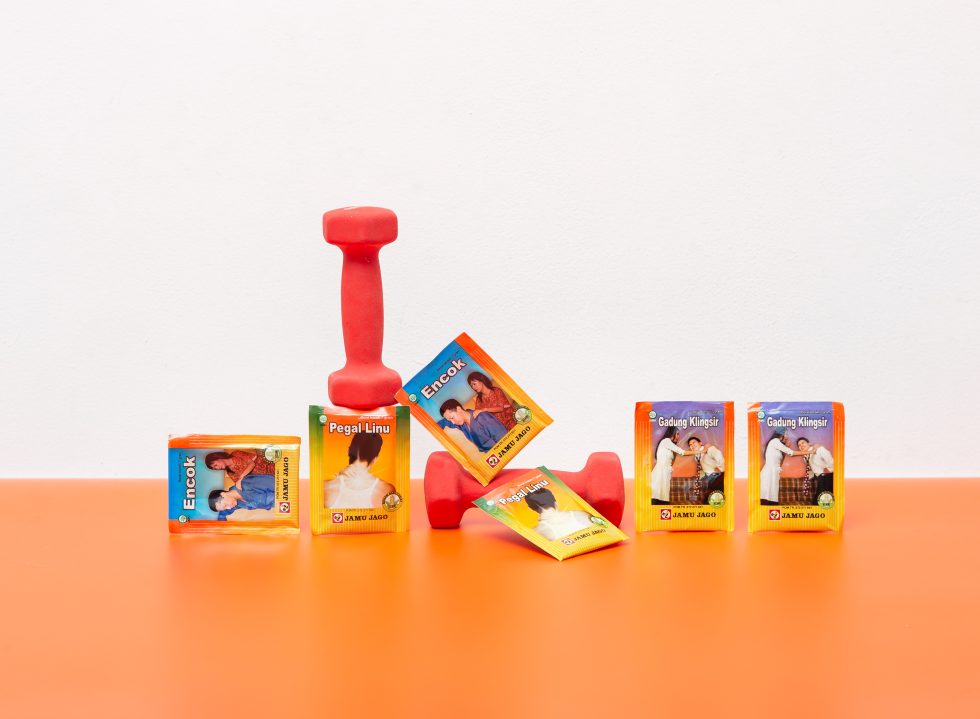 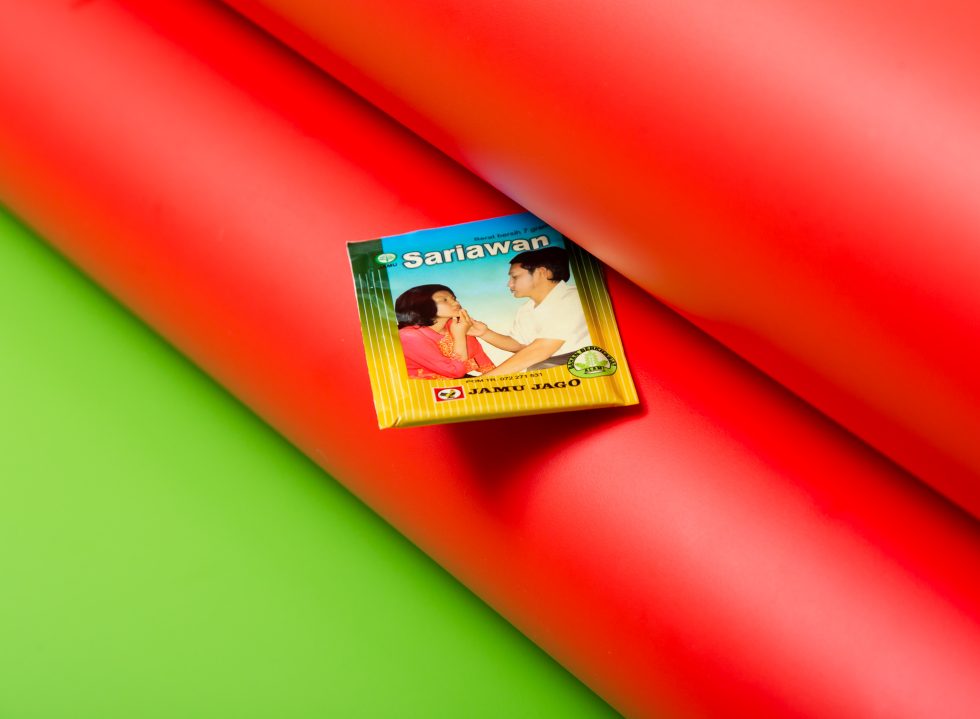 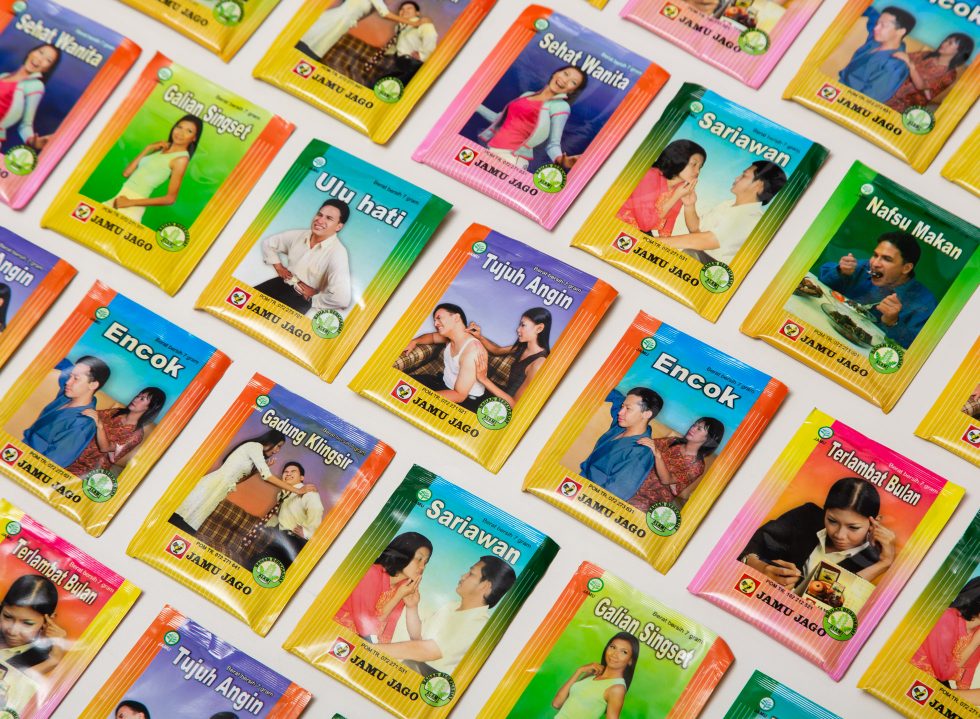 Share
Health is no laughing matter, but in the case of Jamu Jago’s herbal sachets, their amusing meld of traditional home concocted remedies and witty humour claims them a spot in Manual Pick, a series where we highlight items we love and desire that range from remarkably banal to mucho fancy.

On current throwbacks to old-school aesthetics, it’s not a surprise that millennials are the most nostalgic generation. We’ve splurged on old school fashion trends, fell in love with disposable cameras, and even convinced ourselves that the 90s were the best decade. With a penchant for the old “stuff”, we landed on a gem that doubles as a humouring conversation starter and natural health elixir from olden days: Jamu Jago and their striking packaging designs.

A look at one Jamu Jago sachet is an old-school fest for the eyes. Mustard yellows, hot pinks and neon greens are layered with simplistic typography, exaggerated expressions and comical poses of their models—a nostalgic embodiment of the very best of 90s packaging—in an attempt to portray ailments the blends are targeted for. Take their Tujuh Angin (loosely translated as slight cold) for example, graced with a photograph of an ailing man with gritted teeth and pained expression keeled over a couch and a woman scraping his back with a coin à la kerokan. If one Jamu Jago sachet is enough to crack you up, a whole collection will leave you groaning appreciatively at its aesthetics that bespeaks its so-bad-that-it’s-good quality.

From the lens of the younger generation, the collection is a humorous ode, one sachet somehow quirkier than the other with a silly charm of its own. Perhaps their humorous quality steals the spotlight over the drink’s healing property—however, such designs made Jamu Jago a winner among consumers for decades, inviting even old-timers to rediscover their appeal.

But don’t mistake their humorous charm for inadequacy. When asked about Jamu Jago’s efficacy, some attest to their palliative attributes and others swear by it. Pegal Linu (muscle ache), Telat Bulan (late period), and Sariawan (mouth ulcers) are common ailments Indonesians suffer daily. The remedy? That’s when these natural prescriptions step in. And though they are more preventative than cure, their targeted remedies ease with simple specificity that proves most effective when ingested consistently.

As we recognise the pressing need for simplicity in life, the practicality of sachets has the upper hand as an everyday herbal drink. Jamu Jago offers a no-fuss formula: simply tear the sachet, add the mixture with half a glass of hot water, and gulp down. While their distinctive herbal smell can be off-putting to some, it doesn’t stop locals from recognising their capacity to assuage aches and pains, despite having their noses pinched when knocking back these sachets. This is more than keeping up with traditions. We love our local wisdom and they are here to stay.

Indeed, educating yourself with the herbal traditions of yesteryear will keep you from having the last laugh. Having over 138 products going through four generations, Jamu Jago’s brand history is no joke. After six impressive decades, it’s riveting to know that the brand traces back to the humble origins of a young T. K. Suprana, who watched his mum concoct herbal remedies until he established his own empire in 1918.

The cultural heritage of herbal medicine ensures jamu’s place as a mainstay of our traditional medicinal practice. Now, legions of emerging brands championing local wisdom and natural remedies are making a comeback, even eclipsing the oldies like Jamu Jago. But how many of them can give us genuine giggles? Lest we forget, laughter is also a time-old remedy.