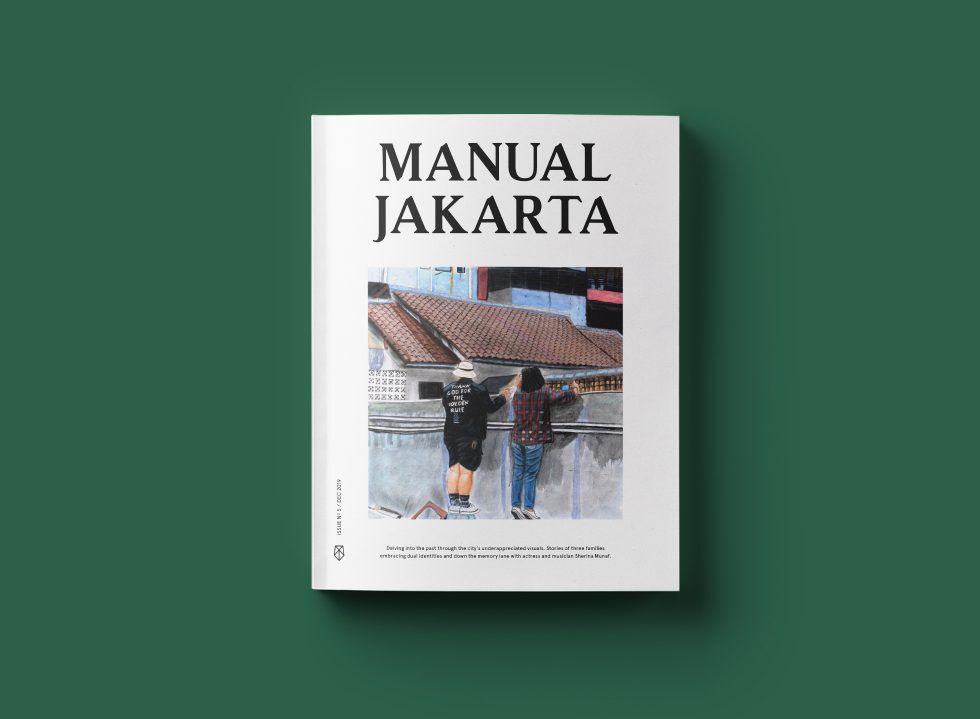 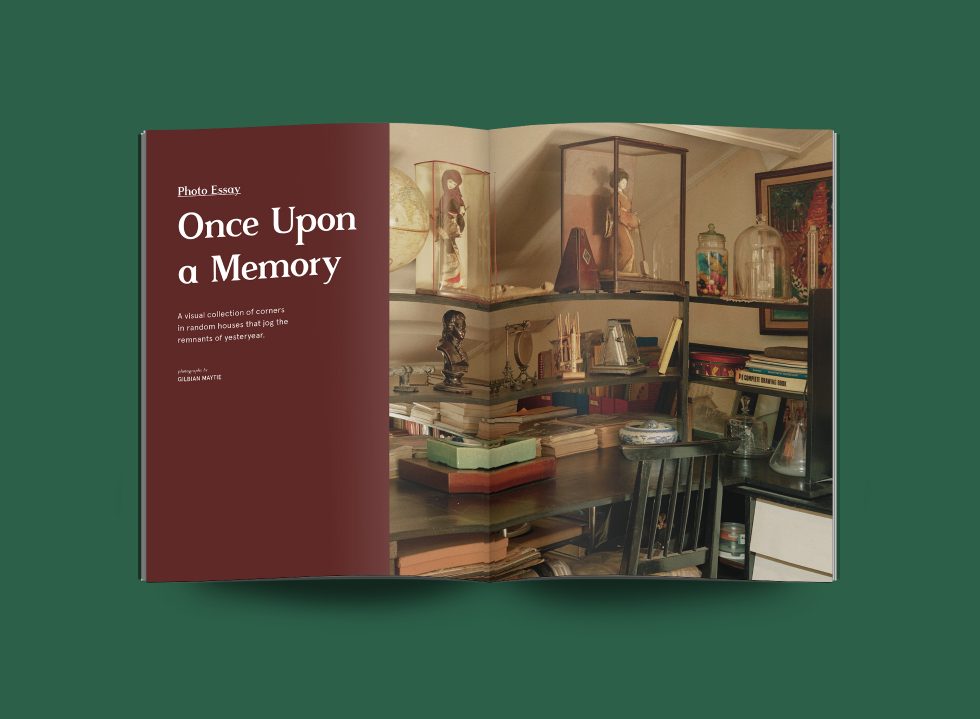 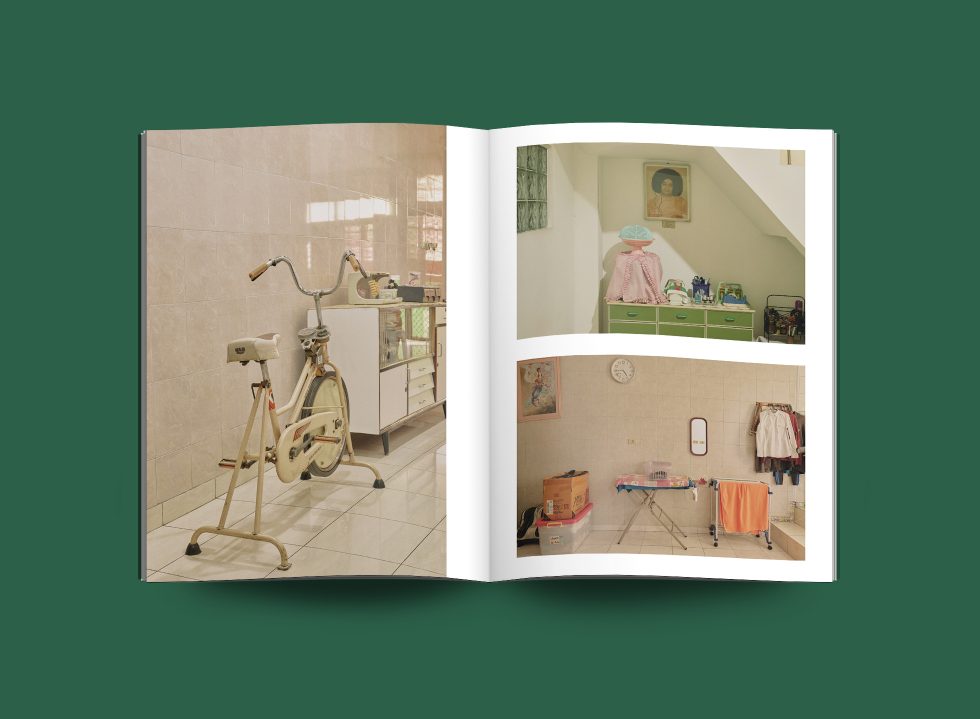 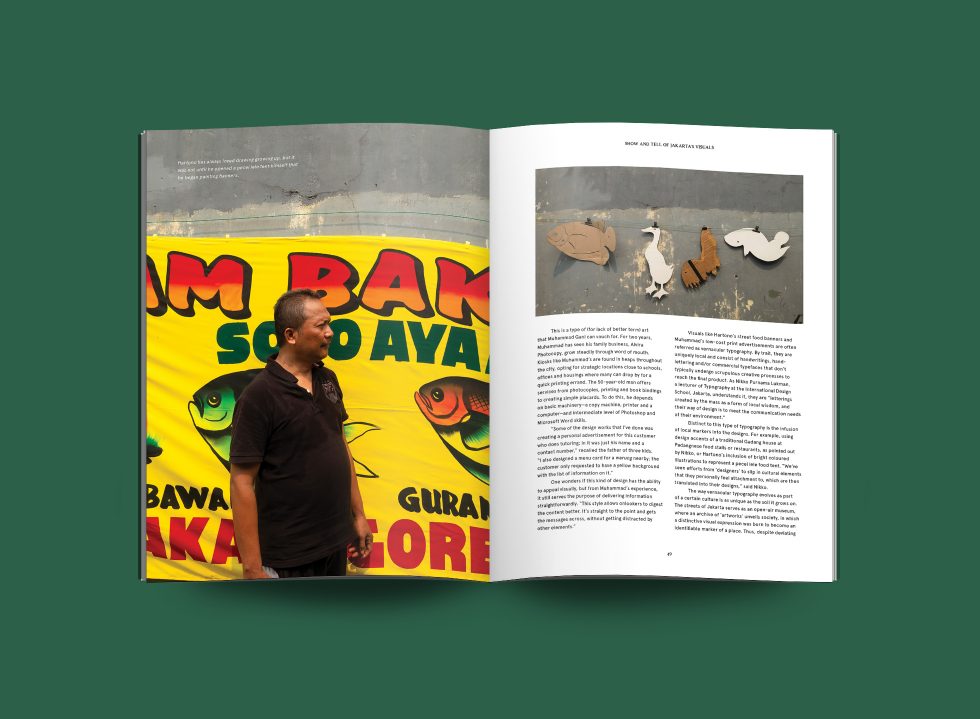 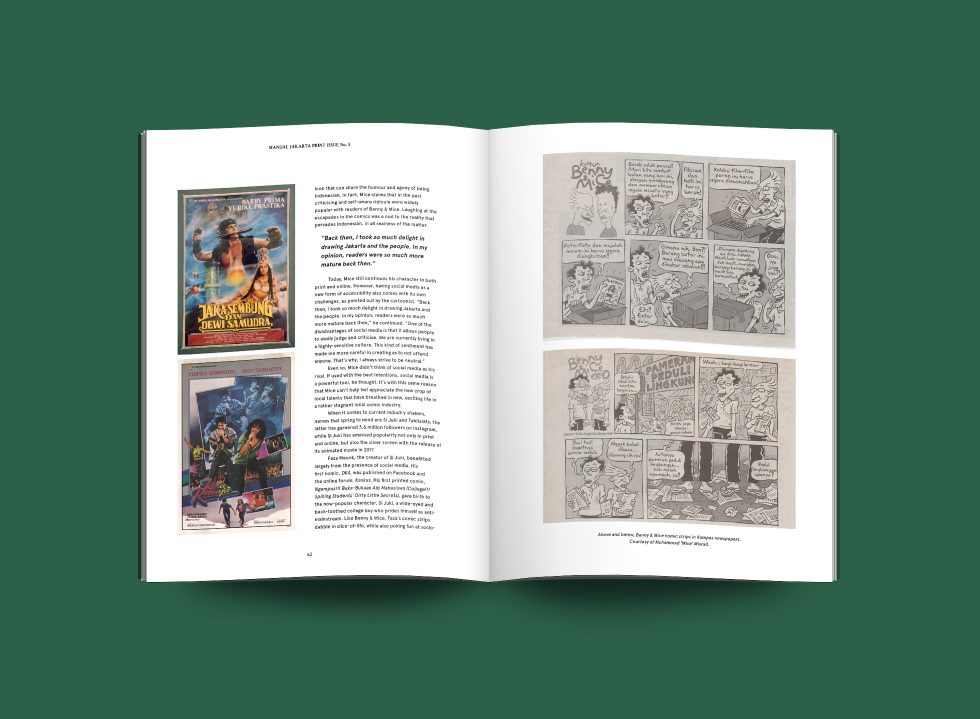 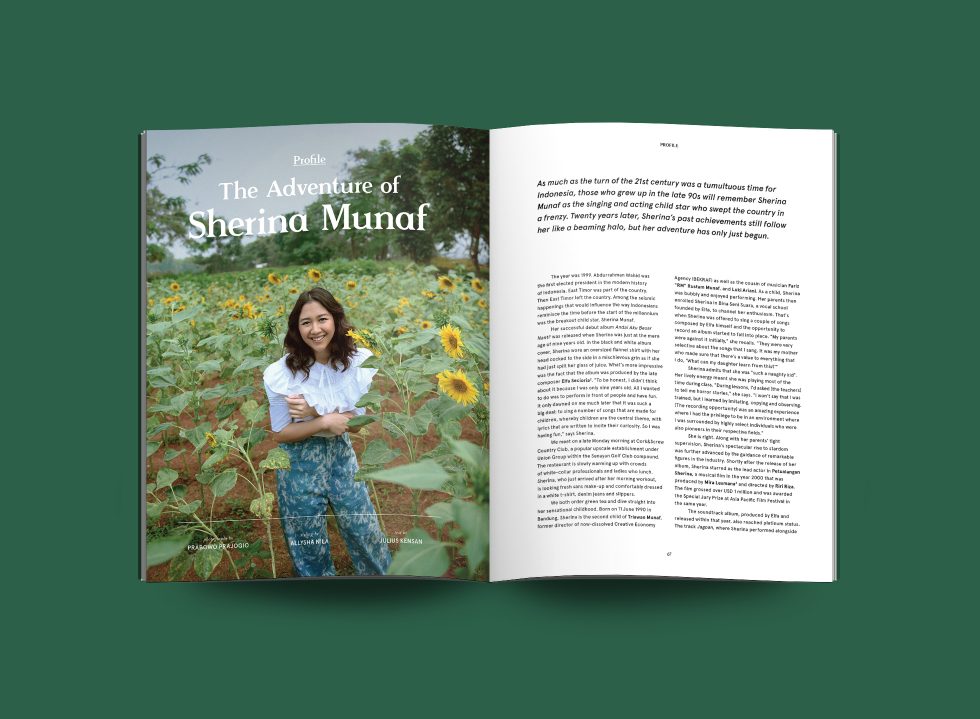 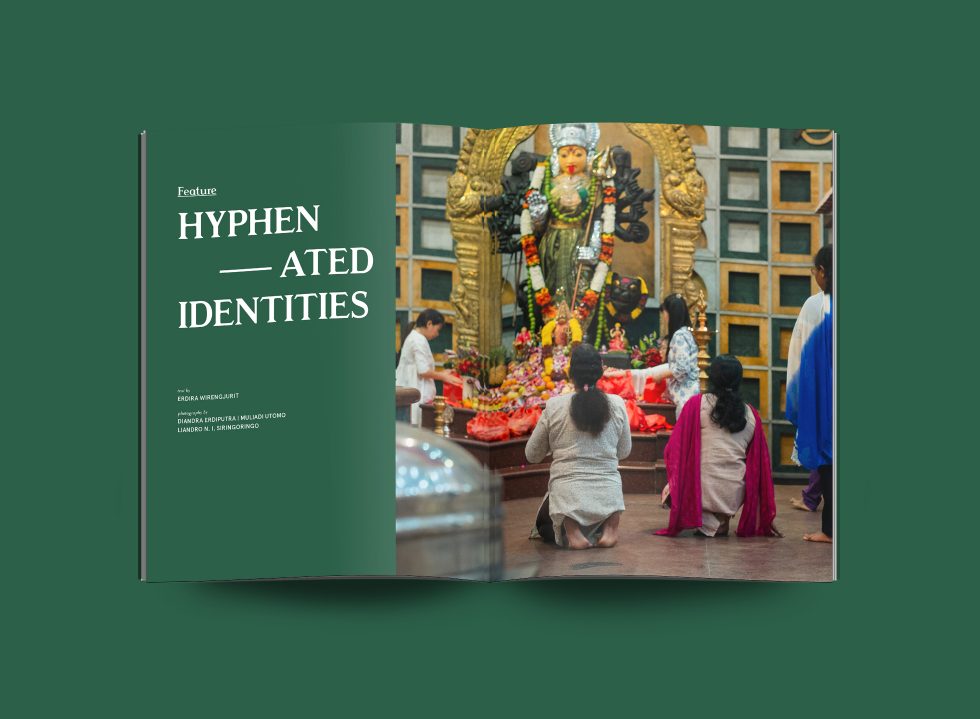 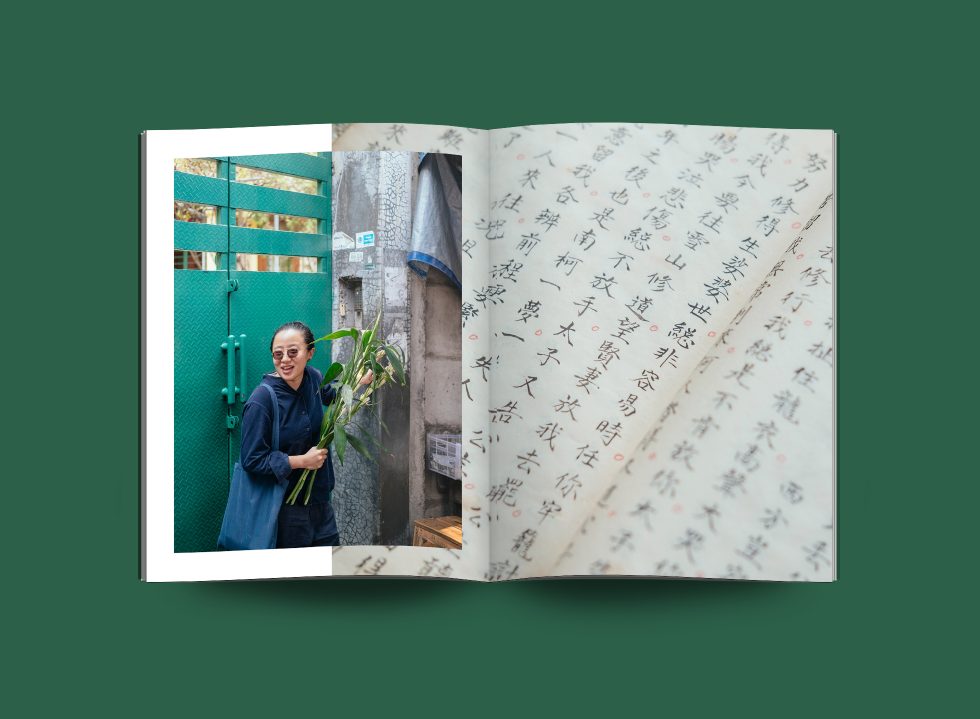 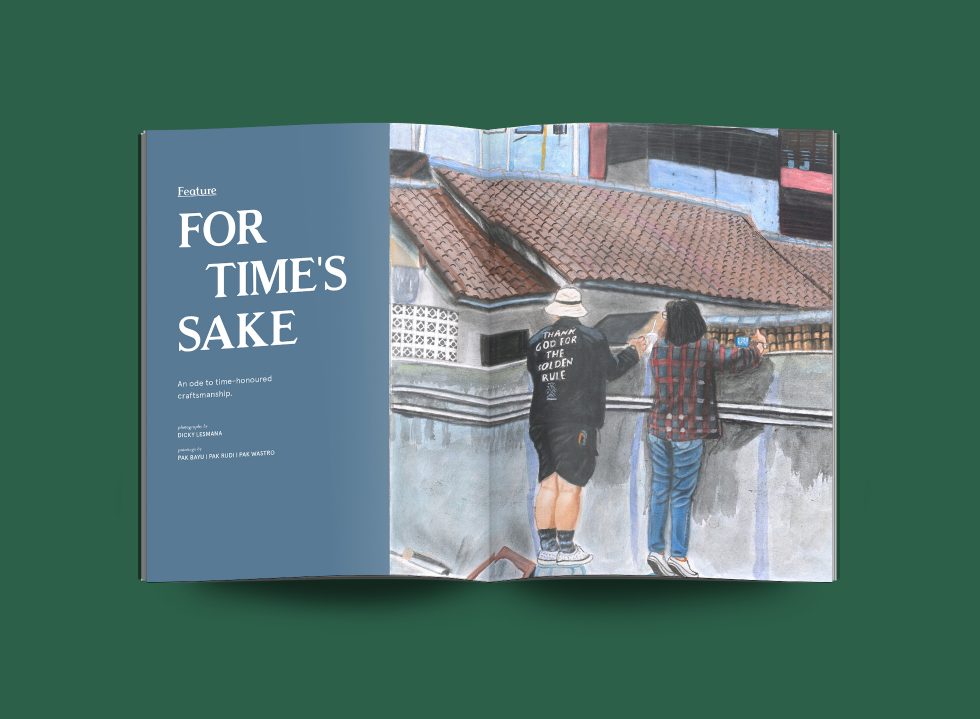 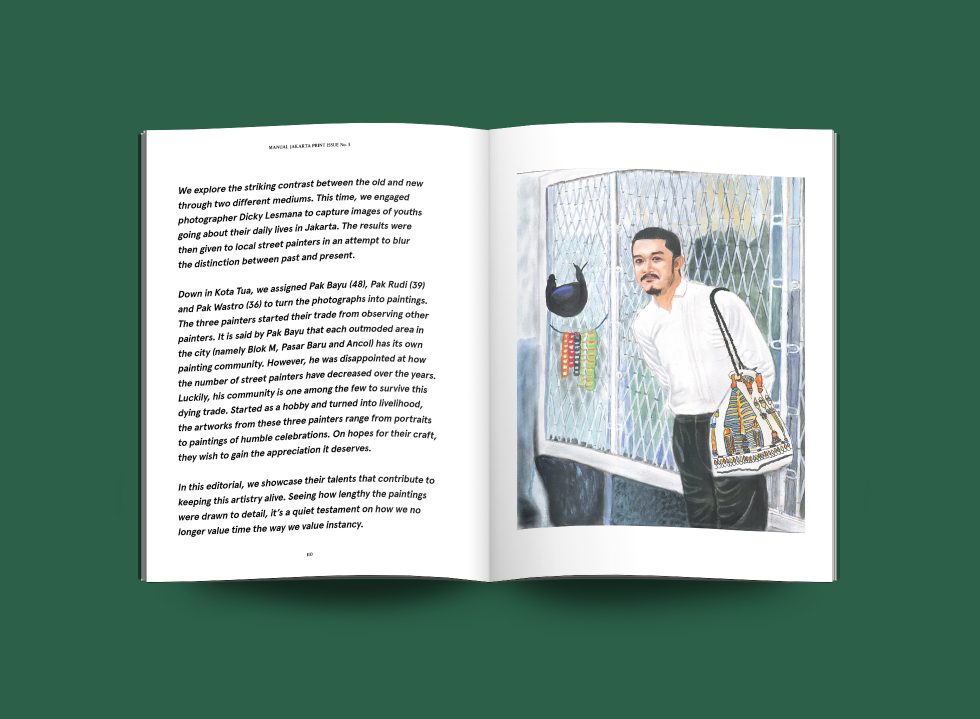 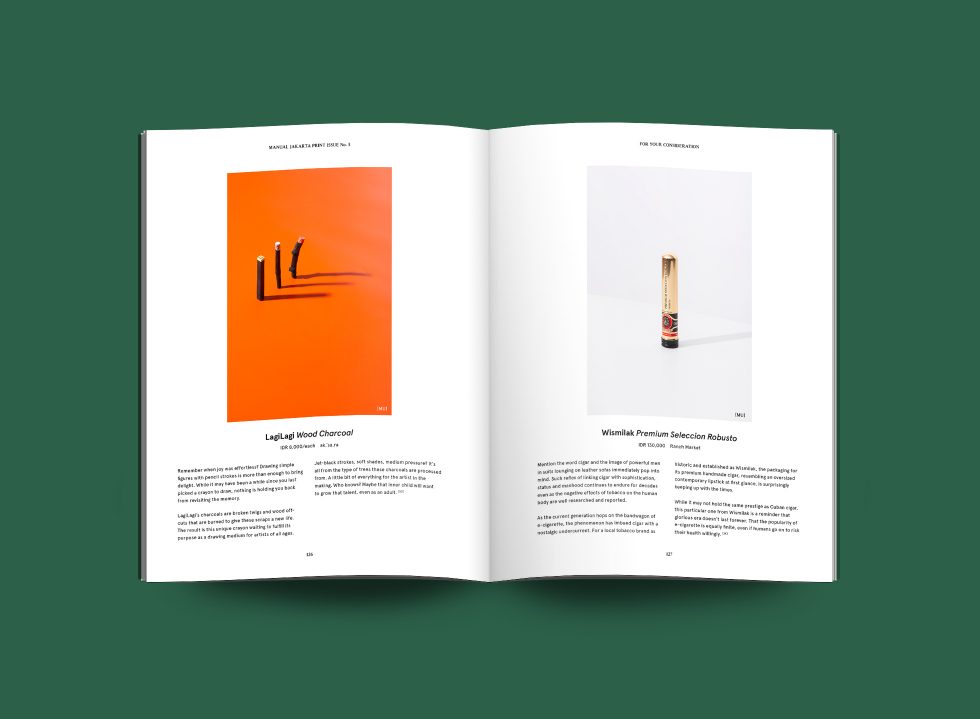 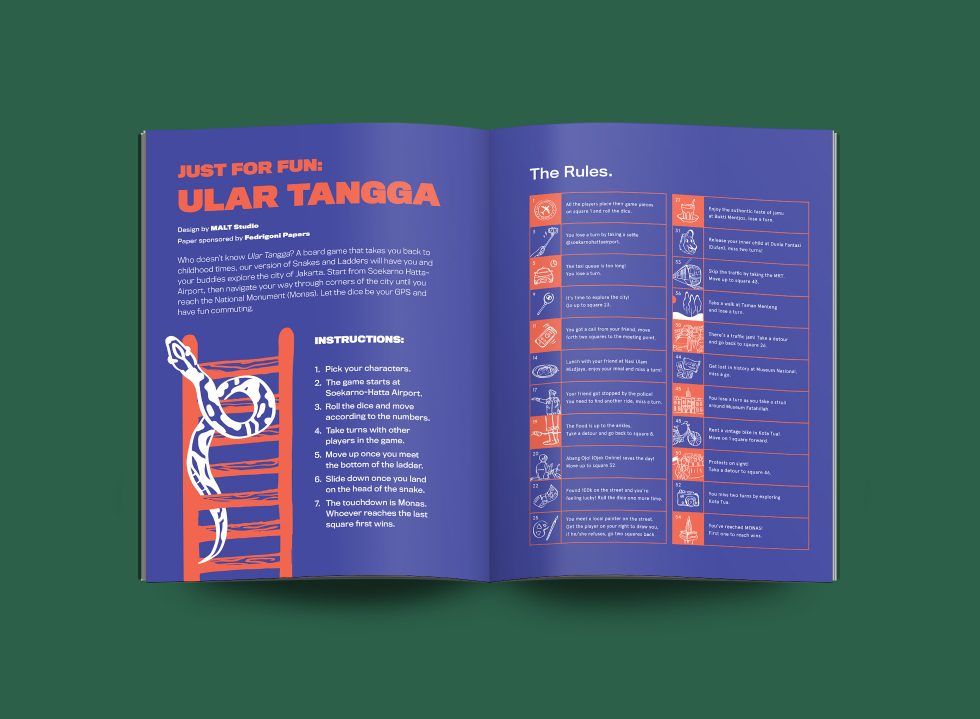 Share
Our latest Manual Jakarta Print Issue No. 5 delves into the past through the city’s underappreciated visuals. Stories of three families embracing dual identities and down the memory lane with actress and musician Sherina Munaf.

Before the direction of Manual Jakarta Print Issue No. 5 began to take shape, our starting point was the intrigue on the commonplace, yet often overlooked, visuals that have furnished the city of Jakarta for decades. From street food banners, crudely-designed ads to old movie posters, these objects have subconsciously formed our aesthetic perception of the city even as tall corporate towers and malls have both become equally common sights. It is only after further research that we discovered the complexities of these seemingly simple objects and their intrinsic links to the past.

Hence this issue is dedicated to memories. Specifically, memories that are confined to Jakarta and has continued to redefine the city for the past 35 years. As mentioned earlier, anchoring this issue is Show And Tell of Jakarta’s Visuals where we revisit and break down the developments of several popular visual languages, including comic strips, and how they have evolved and influenced the current generation. We also looked into three Indonesian families whose ancestries are traced back to foreign lands in Hyphenated Identities. These families show how they navigate dual identities through time-honoured traditions and practices that connect them to their roots.

On a lighter note, we profiled actress and musician Sherina Munaf who is best known nationally through her performances as a child star at the turn of the 21st century. Those who grew up in the late 90s will no doubt look back with affection at how Sherina gave them a reason to sing and dance at a time where the country was facing a tumultuous period. Elsewhere, in For Time’s Sake, we engaged photographer Dicky Lesmana for a series of photographs featuring youngsters going about their lives, then had them painted from scratch by enlisting the talents of painters in Kota Tua. The end result effectively blurs the distinction between the past and the present.

While this issue observes the city with a lens of nostalgia, we are mindful about not falling into the trap of romanticisation. Instead of looking at the past as an act of yearning for a simpler time, we tap into it as a path for discovery and rediscovery of the culture and the city that we’re living in. We hope this issue offers you a heartfelt appreciation to the city of Jakarta. The best part of all? We’re only scratching the surface.

Manual Jakarta Print Issue No. 5 can be purchased in selected stores or via online order through this form.