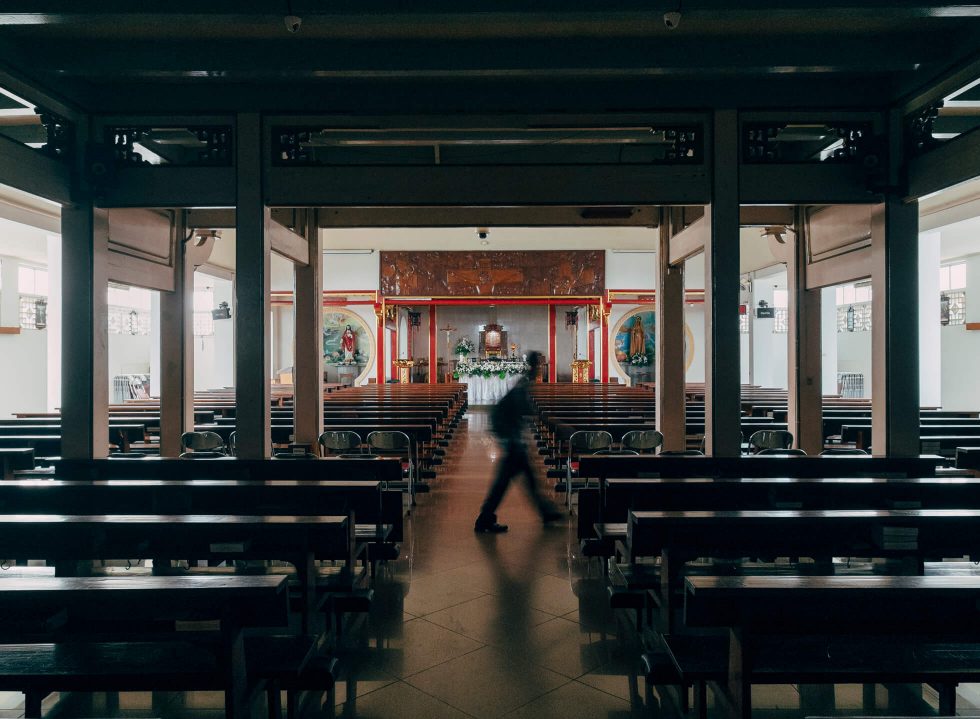 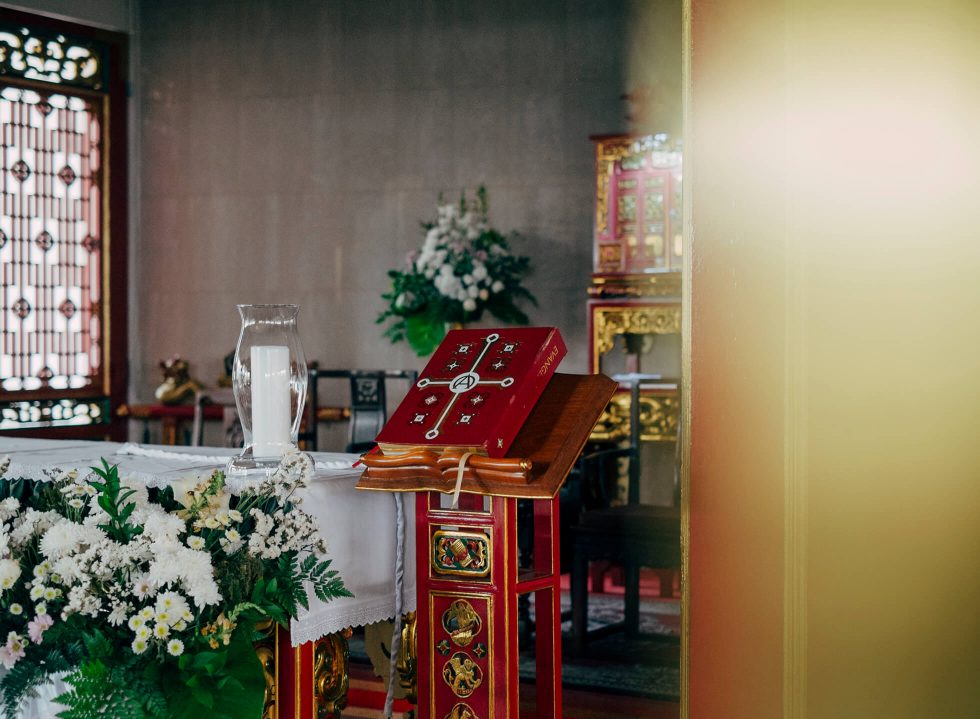 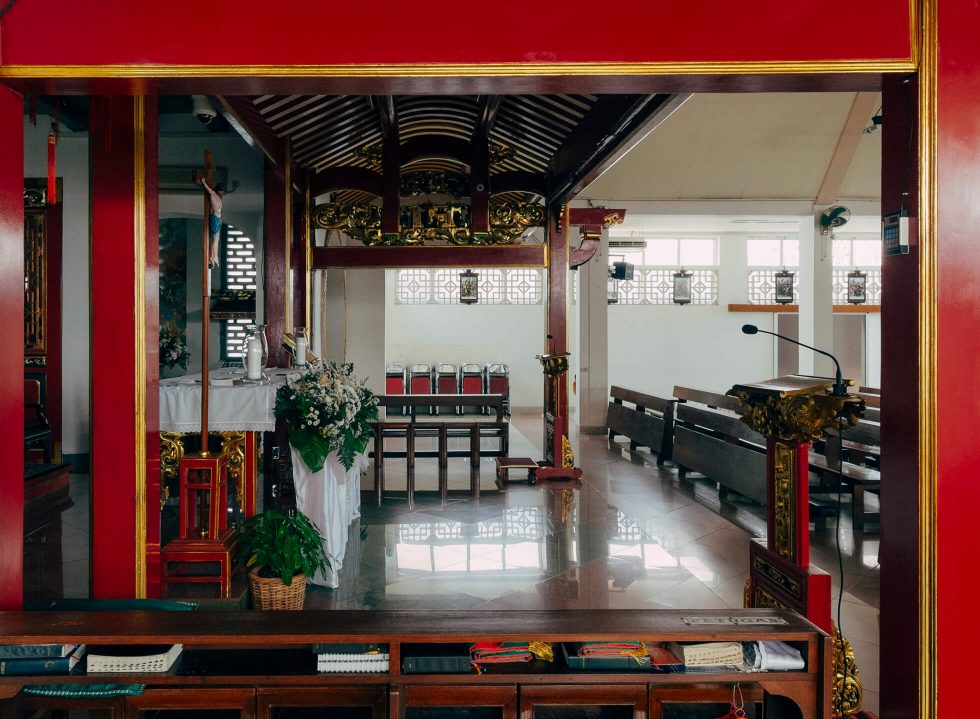 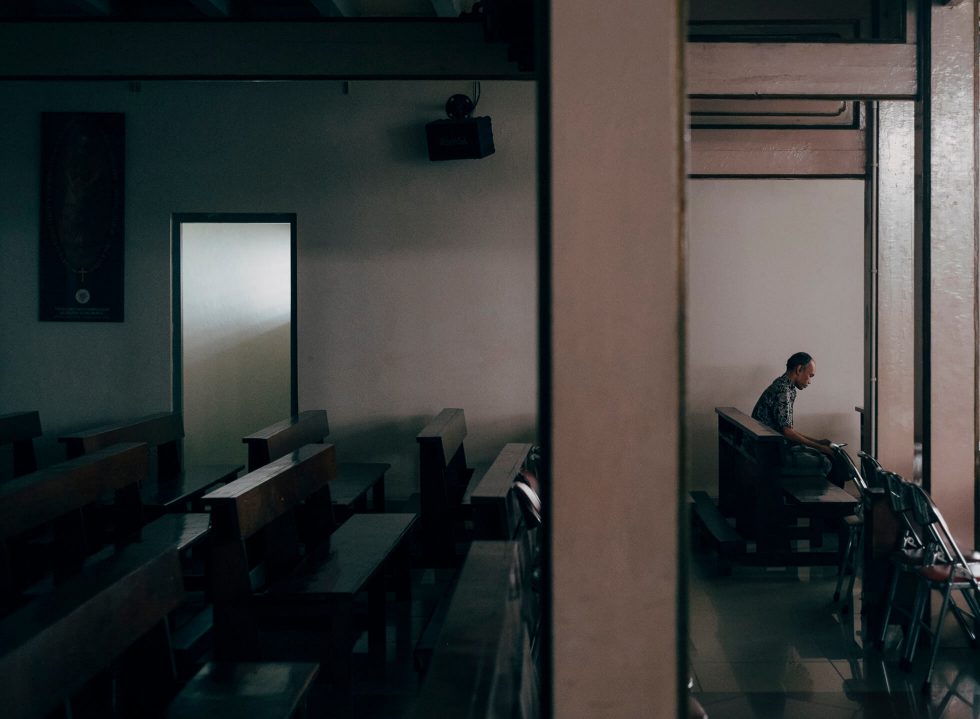 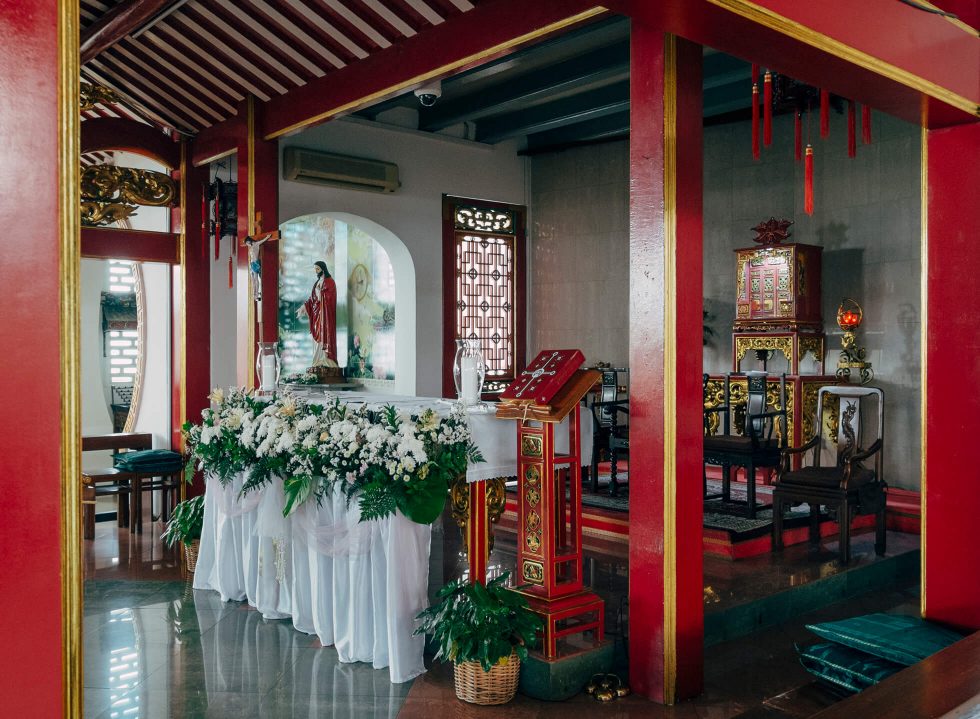 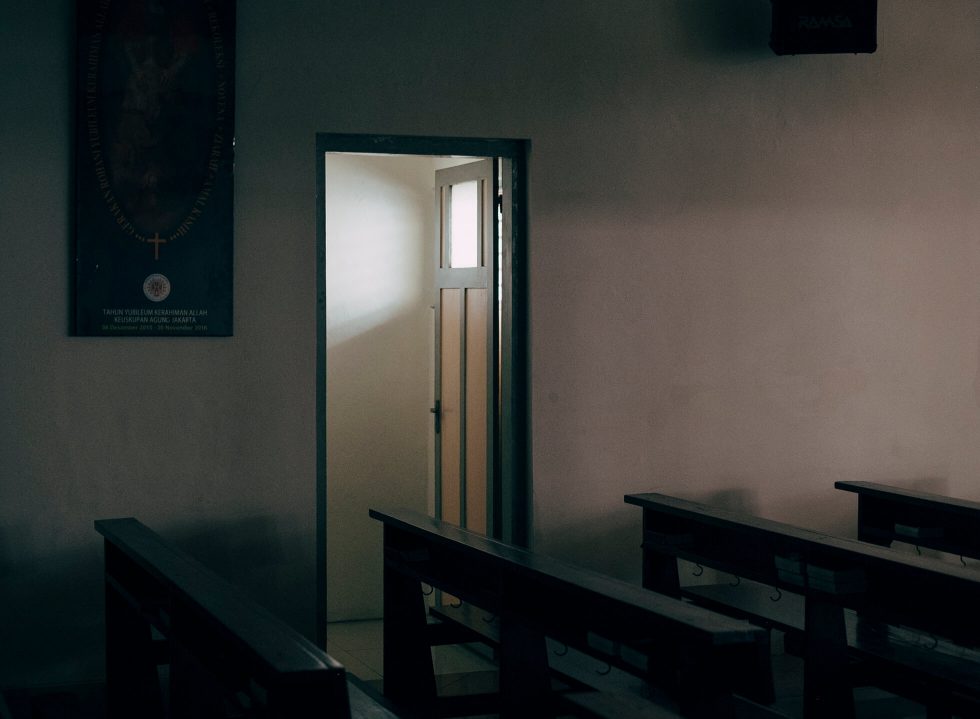 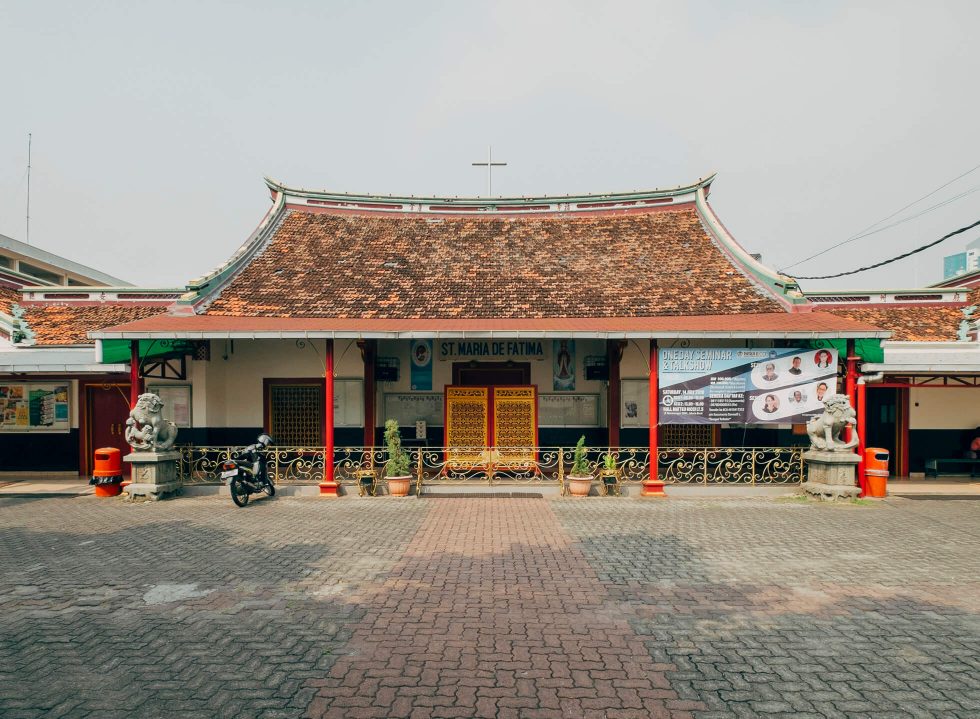 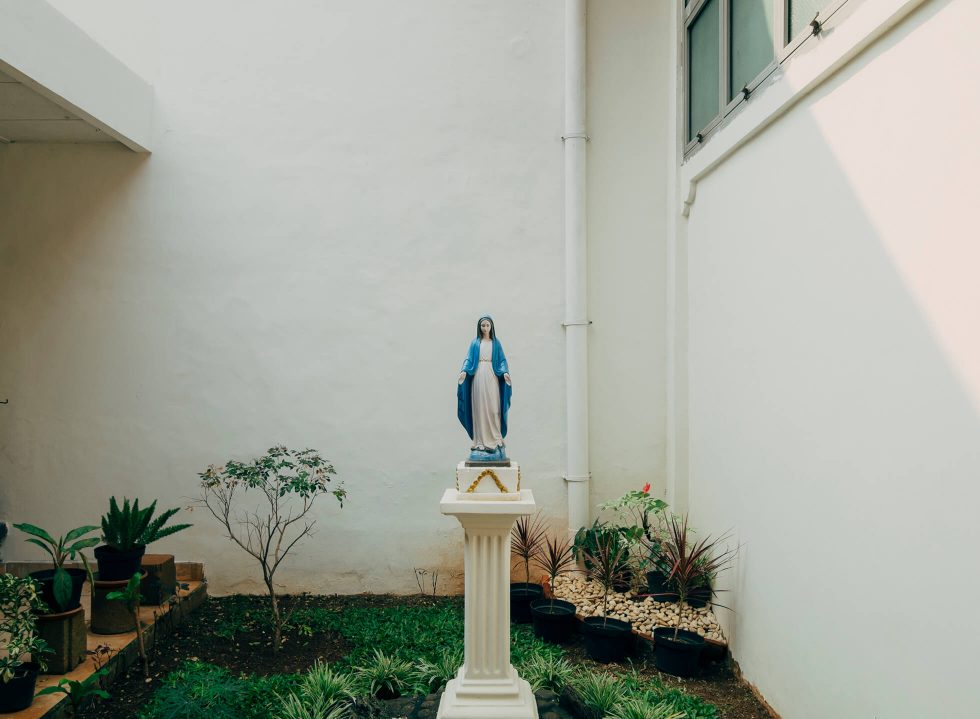 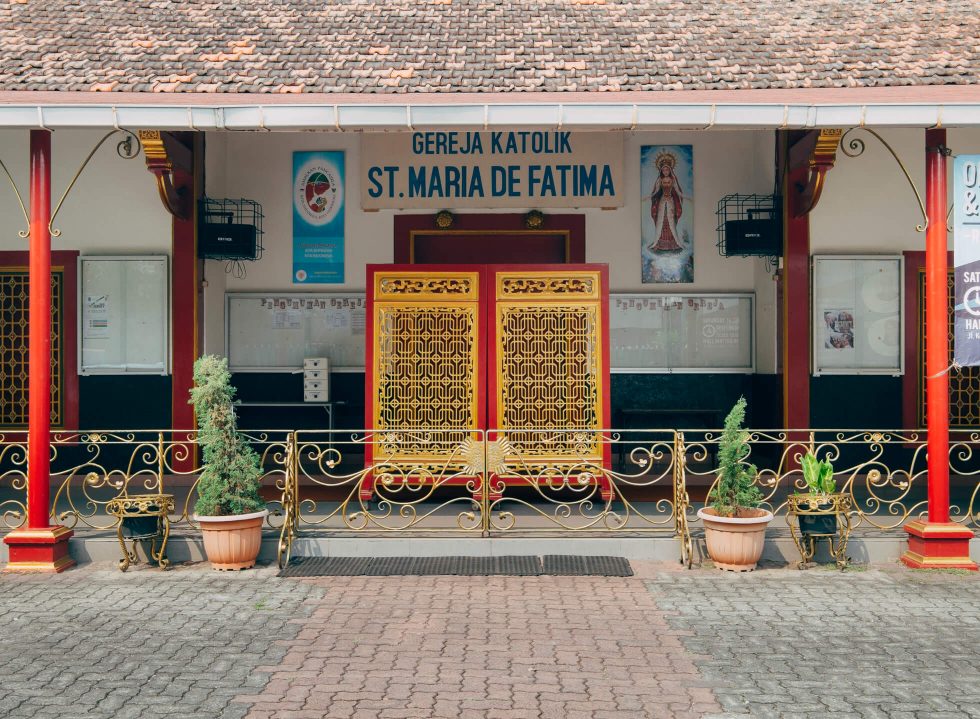 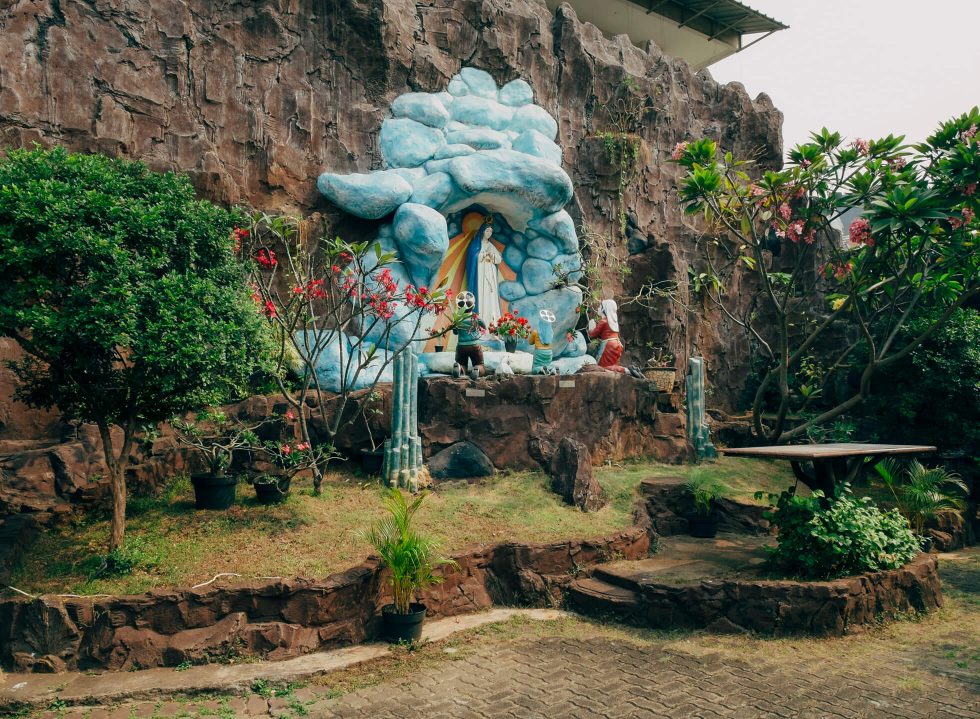 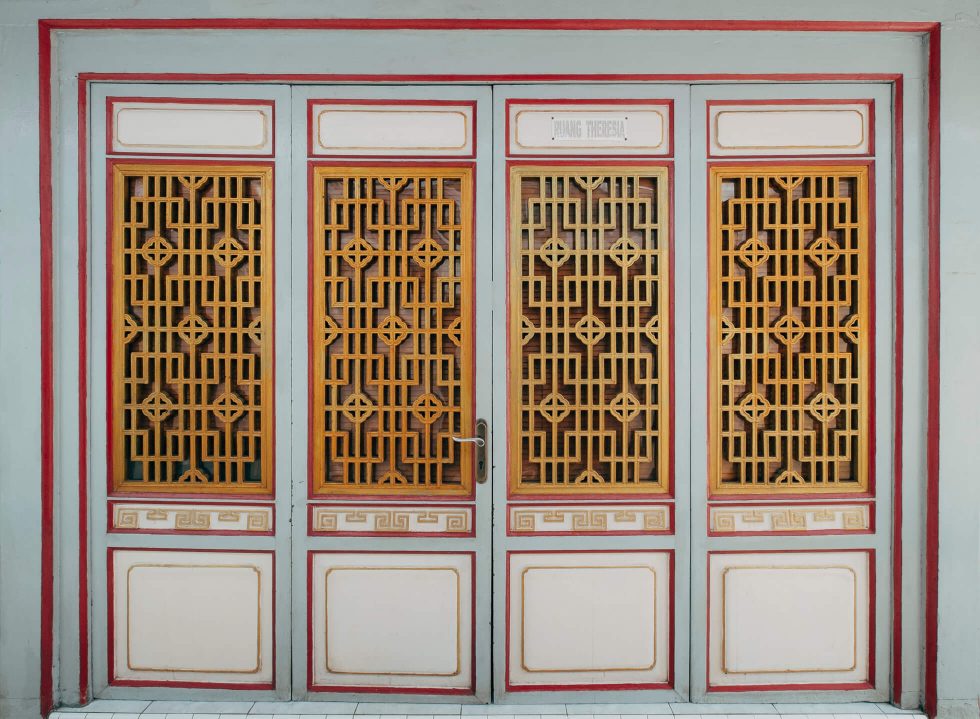 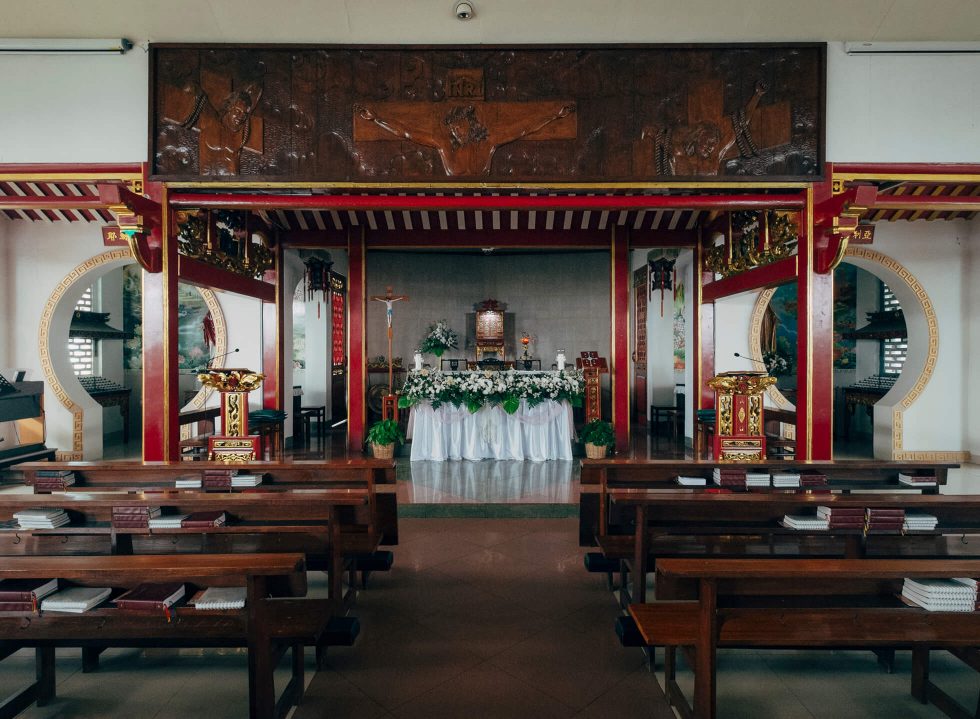 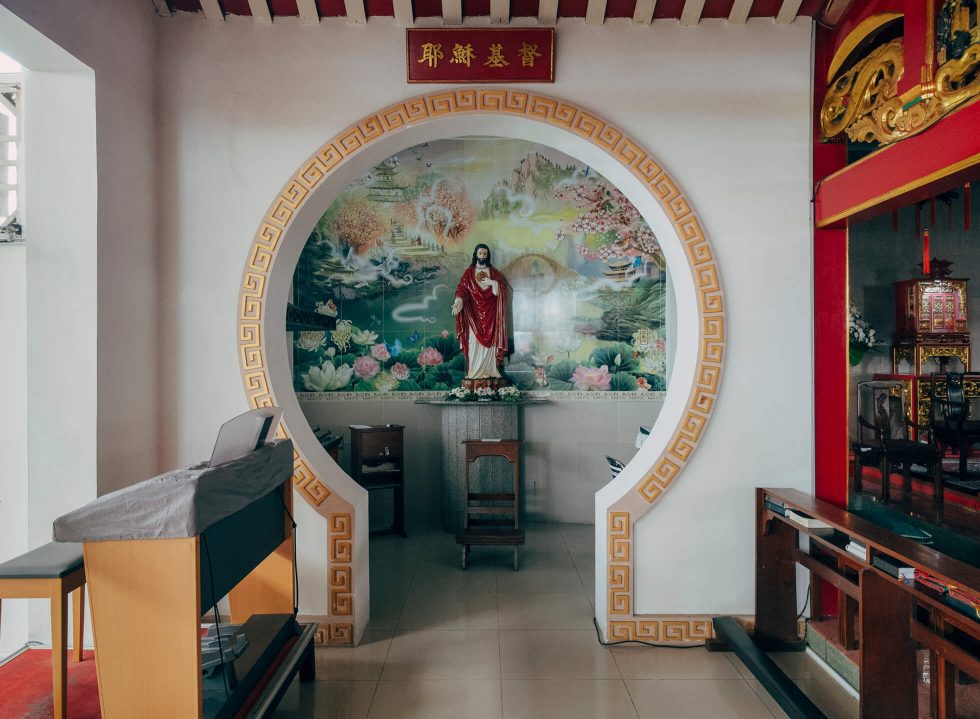 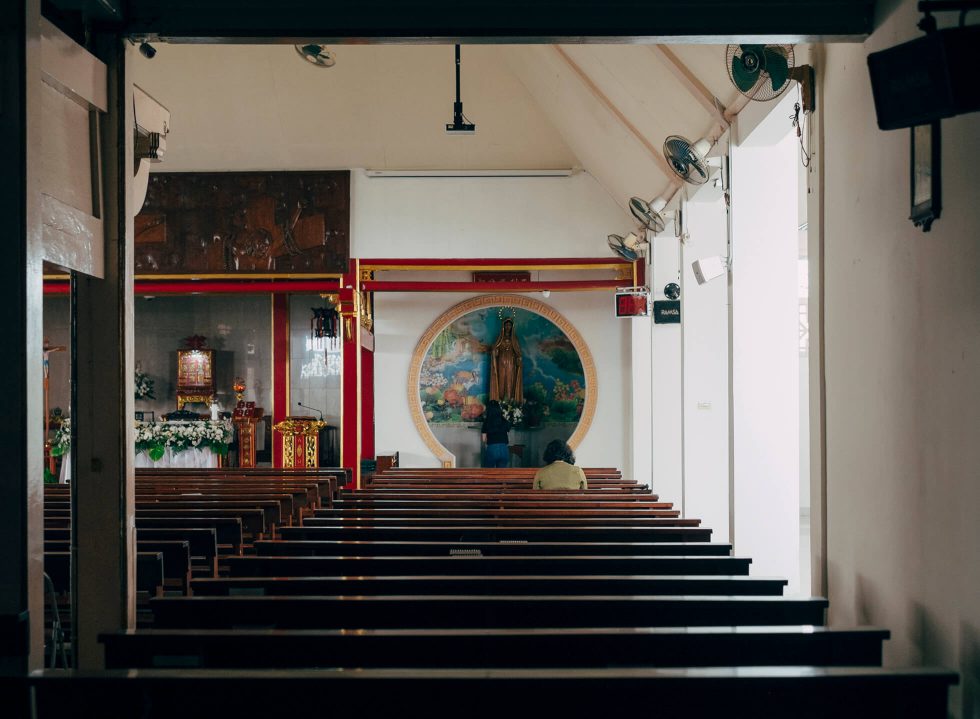 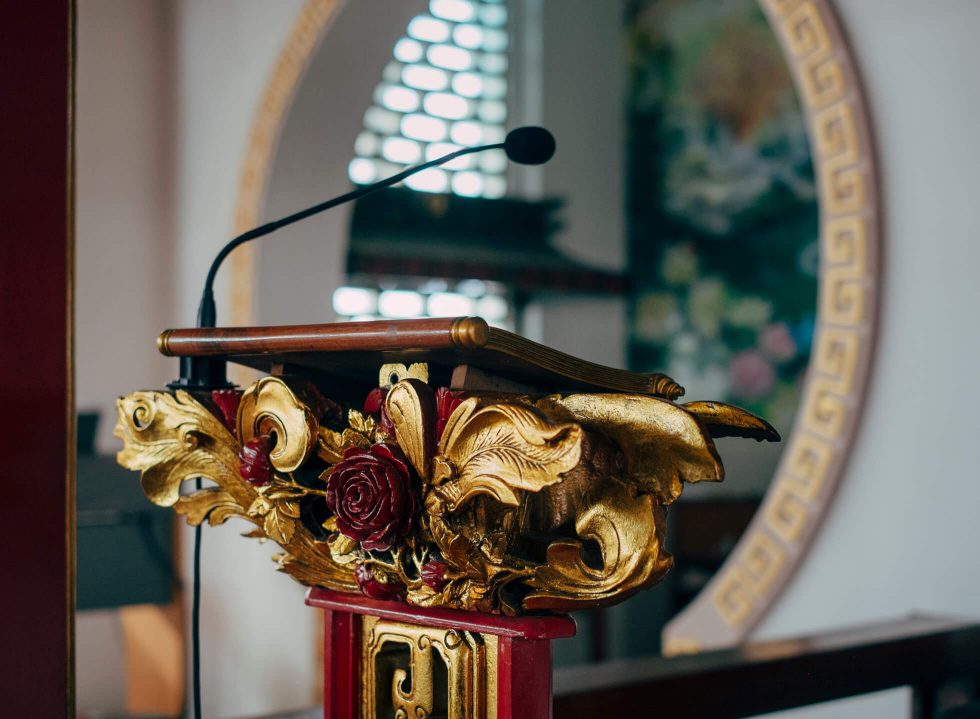 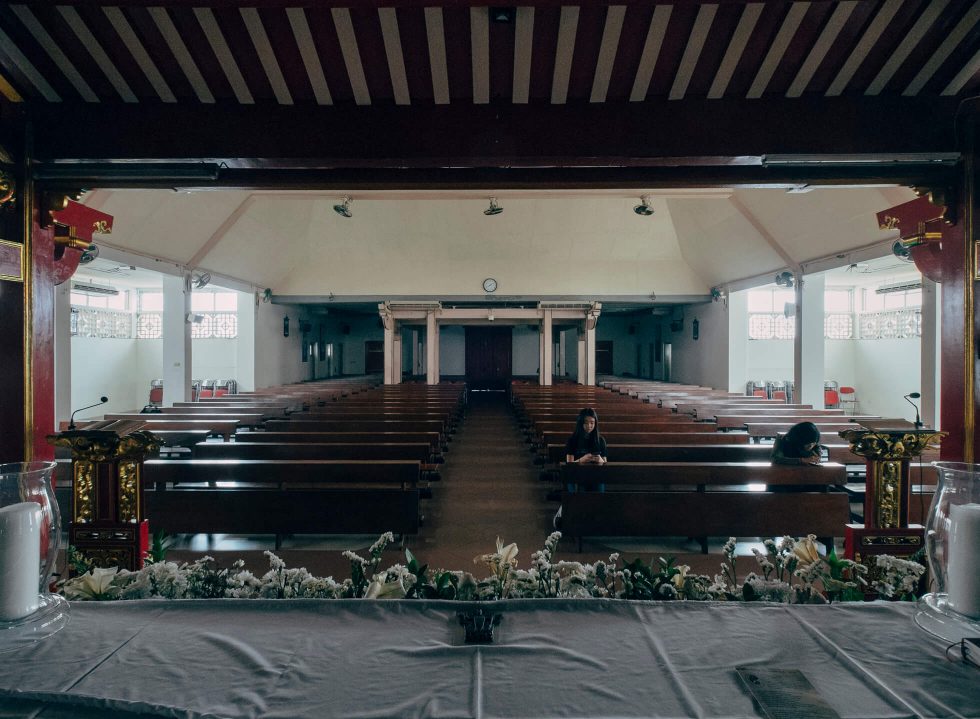 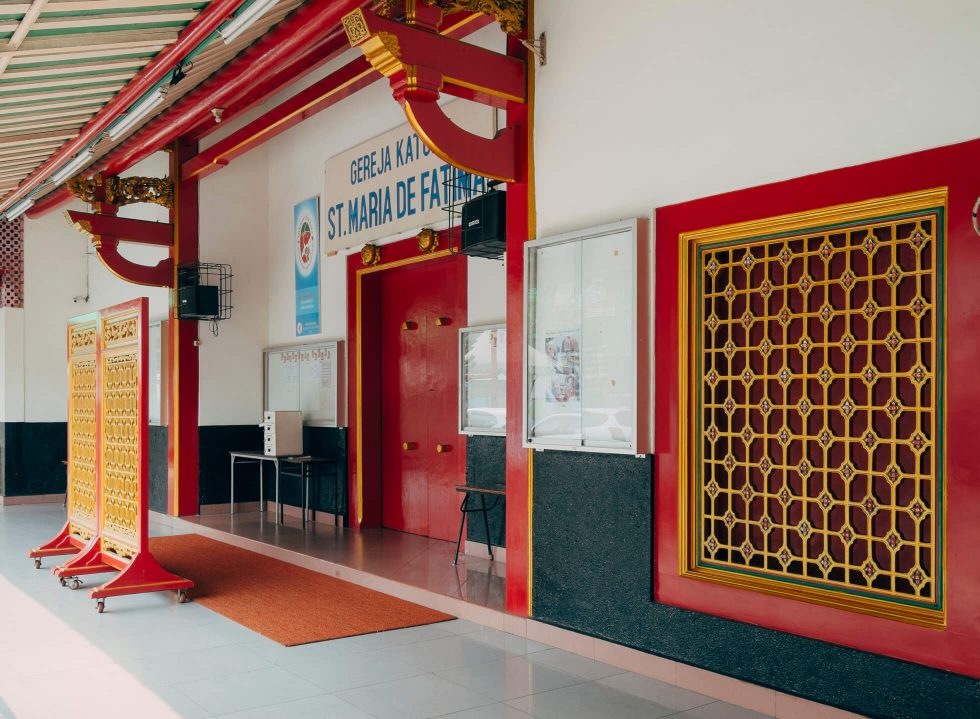 Share
For the latest instalment of Manual Excursion, we turn our eyes upon Gereja Santa Maria de Fatima's unique architectural charm in the midst of Glodok's most hectic locale.

One of the least expected buildings to be spotted in Glodok’s Chinatown is, perhaps, a church. While the sight of Buddhist, Tao and Confucius temples are to be expected in the area, a church smacked bang at the epicentre of Chinese Indonesians’ trade hub seems out of place. But Gereja Santa Maria de Fatima proves otherwise.

For starters, the façade of the Catholic church is remarkably stripped off of the usual trimmings of a typical gothic architecture. Forget turrets, stained glasses and high-ceilinged structure that engenders even the faintest cough into a booming echo. Wearing a red and gold palette, the church is heavily influenced by Southern Chinese architectural style. The front of the church is even flanked by two imposing lion sculptures that are normally found guarding the residence of a Chinese aristocrat.

The church itself was built in 1953, as part of a bid to build a compound that consists of a Catholic church, school and dormitory. A piece of land was bought from a wealthy Chinese man, and in the following year, a church was standing where the first mass was attended only by less than 20 people.

For non-Catholics, the title of the church may provoke questions, but it pays to do a background research before visiting the sanctuary. The church’s name was derived from the story of Our Lady of Fátima, a name given towards the Virgin Mary after her eventful apparition in front of three young shepherds in Portugal, as recounted by a life-sized diorama located nearby the entrance, where the statue of Virgin Mary stands before three kneeling children.

Like most other churches, it is always advised to organise a visit outside of their mass time. However, that doesn’t mean this church is flocked by tourists either. It is particularly slow during the weekdays, where the church opens its door to a small group of tourists, marvelling at the gold carvings on the red beams that frame the altar or the elaborate lectern bearing the Greek alphabets Alpha and Omega (symbol of God, which means “the beginning and the end”).

In here, one may have to fight the strong impulse to touch or pick up a few items, such as the visually-fetching massive red tome of a bible, sitting on top of one of the Bible stands. But there’s a certain hushed atmosphere in the walls of the church that urges visitors to maintain one’s composure, especially once they realise that they’re in company of a handful of believers solemnly sitting on the long benches, apparently immersed in a deep prayer.

Overall, Gereja Santa Maria de Fatima is a charming example of acculturation in a city that’s recently rife with religious and cultural intolerance. It’s rather unfortunate how it goes quite unnoticed to local tourists, who, oftentimes, find the culinary aspect of Glodok more intriguing.  Still, it is unbecoming to put the blame to the location or towards the tasty gastronomy pull the area possess.