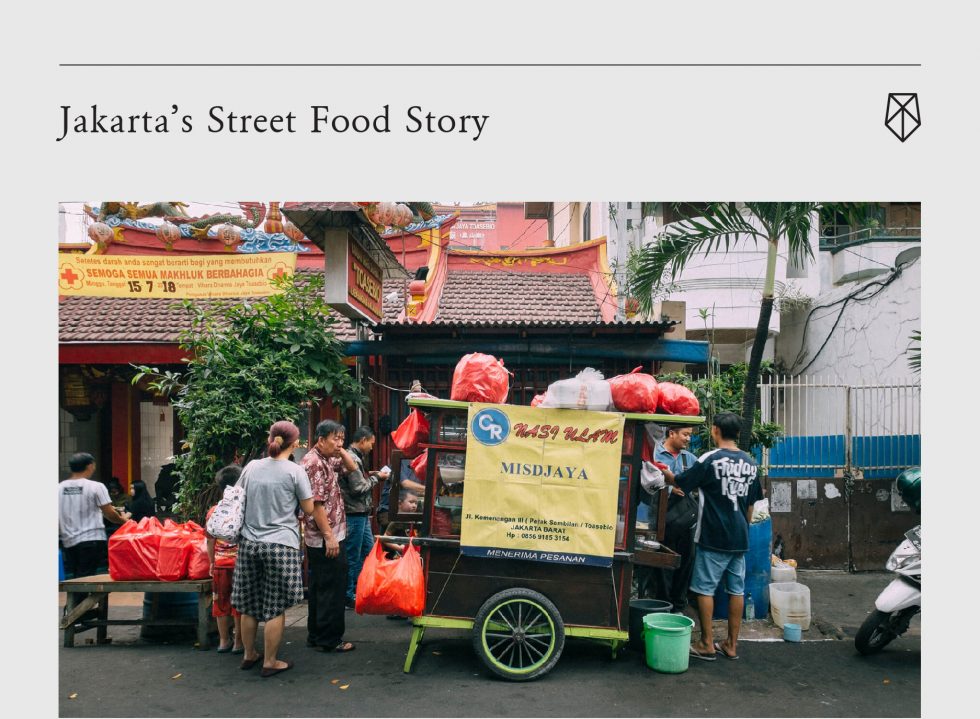 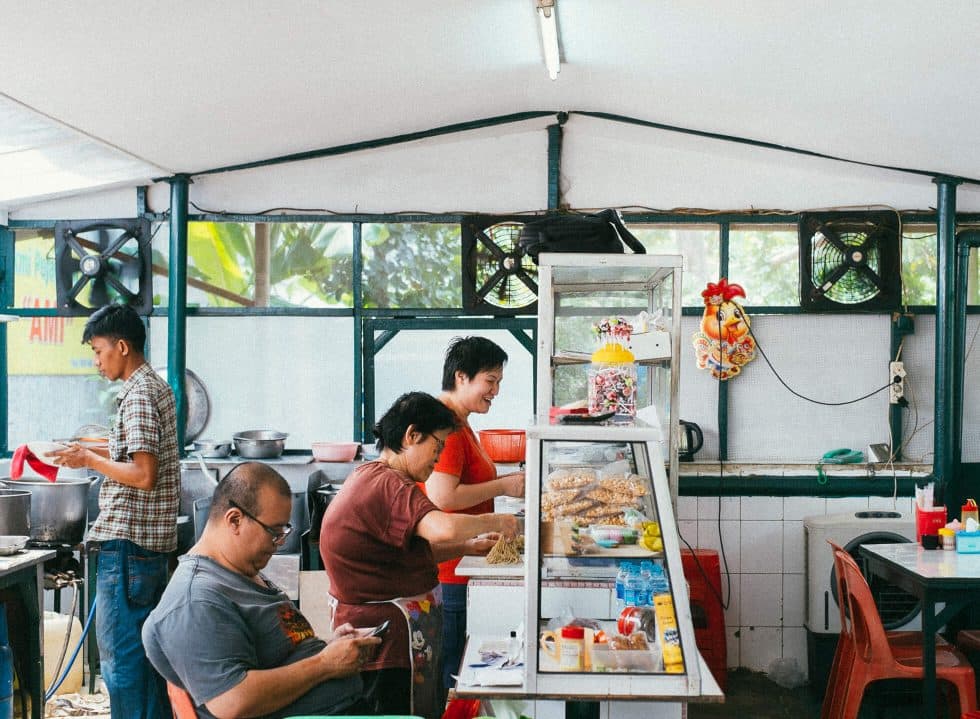 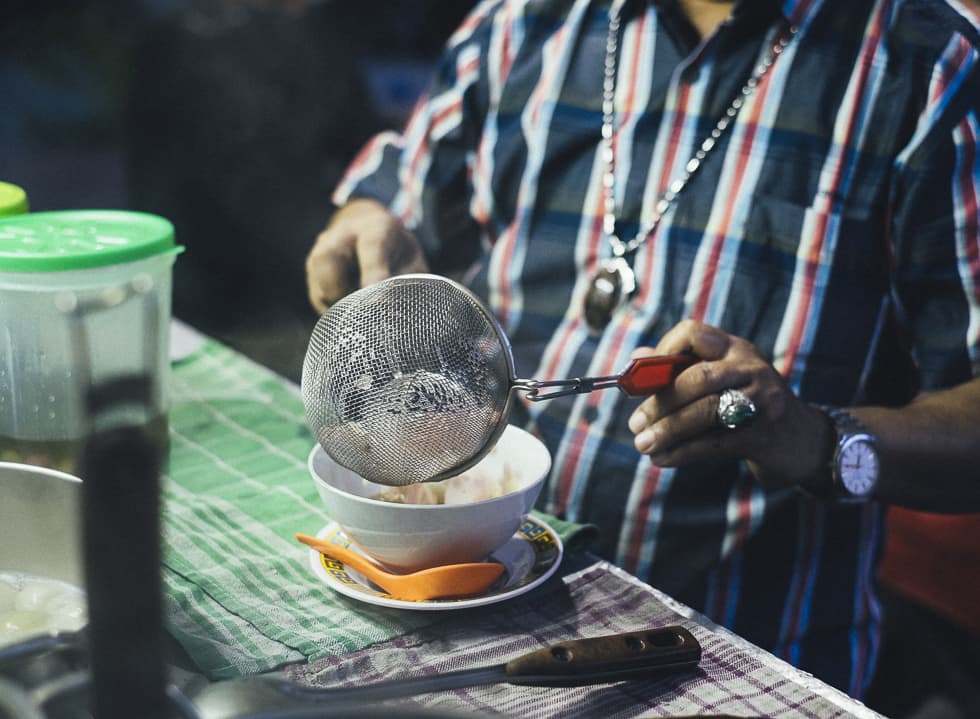 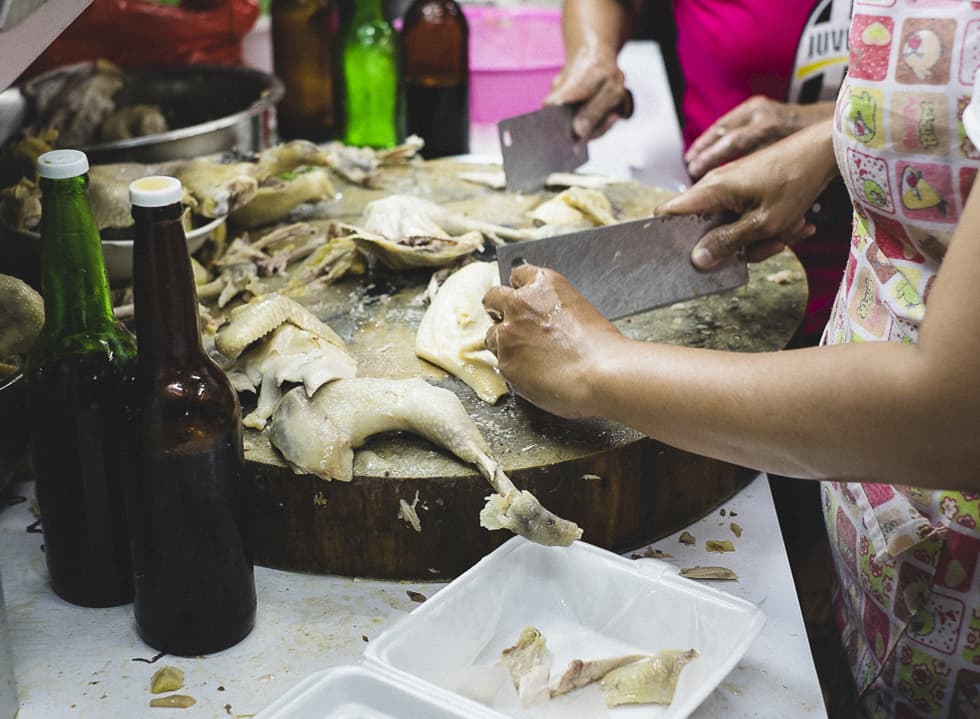 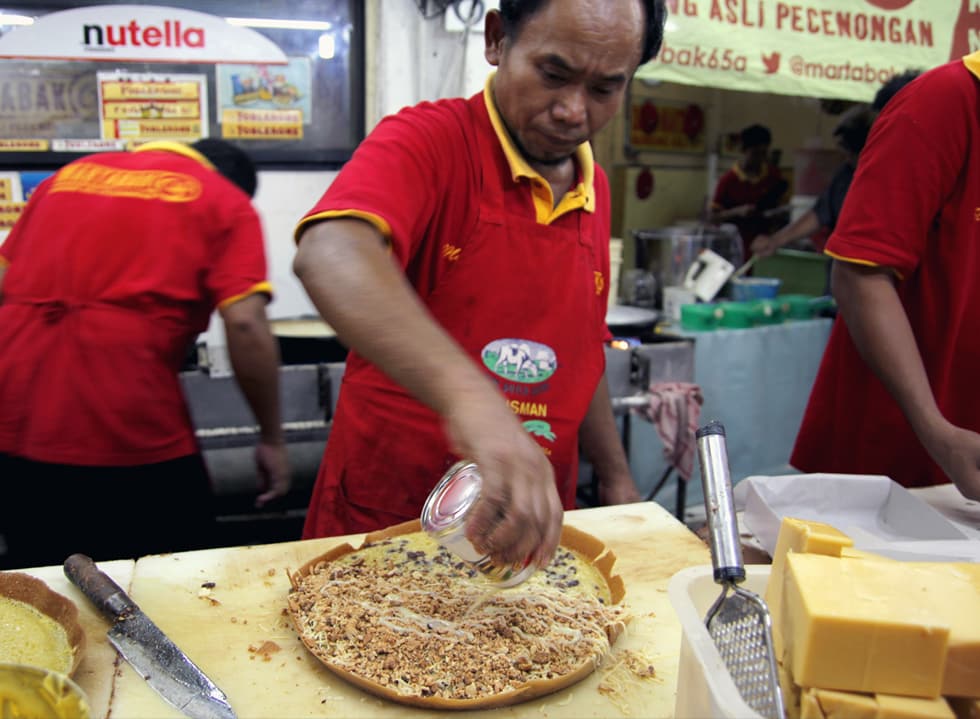 by Erdira Wirengjurit
Share
Friendly price tags and deliciousness aside, we unravel how street food has evolved in Jakarta over the years, from legendary establishments to the modern rendition of classic street food, and find what truly makes it one of the gems of the city.

Make your way to any street food strip in Jakarta and you’re exposed to a multitude of enticing meals to choose from. It’s a sight emblematic to the city: rows and rows of food carts with each of its hawker busily cooking up a storm for a continuous stream of hungry diners. Those who call Jakarta home would definitely find these names familiar to their ears: Nasi Goreng Kambing Kebon Sirih, Sate Padang Ajo Ramon and Bubur Ayam Barito.

“What is street food” isn’t a question that many would probe into. Jakartans are all too familiar with the idea: it’s the small stalls and tents, the pushcarts and hawkers standing in the vicinity of the streets selling food. It’s a banal sight to behold, but scoping beyond its literal sense, street food, especially in Jakarta, is a phenomenon bursting with flavours that the world has come to love. And each comes packed with stories that are often overlooked.

Like many travel guides would incessantly repeat, if you seek real flavours of a country, then look no further than their street food. In Jakarta, that statement holds a ground truth, but does it? To know more, one must first seek the “real” meaning of street food and look to its origins.

A few anecdotes have preceded street food in Jakarta. Known in Indonesian as “makanan kaki lima”, (if translated literally, the term means “five-feet food”) the name borrowed inspiration from the practice of selling readily prepared food on old Jakartan pavements that used to measure mere 5 feet (1.50m) in width. Another popular tell-tale narrates that the name was made in reference to the total leg-count of the seller’s and the pushcart’s: two legs, two wheels and one stand-leg.

But beside that, the culture of street food has blended within the fabrics of this city. It’s an old-time business practice “that began as home food that later became a necessity for workers,” says Chef Ragil Imam Wibowo, head chef of the renowned Nusa Gastronomy, and he was speaking of colonial times workers from past centuries. According to Chef Ragil, the idea was simply to provide readily-made and affordable food to Indonesian labour.

Far more recently, however, the rapid migration of the rural population into cities has made street side food-selling the most common and honest economic gateway for newcomers to kickstart their money-making plan. As such, the decades of migration from all corners of the archipelago have brought masses of individuals to a city barely taking up half the size of London, bringing with them a cultural identity to their new “home”.

Take for one Soto Betawi H. Ma’ruf. The man behind this time-standing Betawinese eatery began as a Soto Betawi vendor on old Jakarta street-sides in the early 1940s as a means to earn a living. Today, his eatery stands humbly in a few locations but have been thoroughly recognised by most Jakartans. Another legendary name, Sate Padang Ajo Ramon with its many branches scattered around Jakarta similarly begun with humble beginnings: a Minangnese man from a small coastal city of Pariaman in West Sumatra paved his way into the capital city in his youth by selling the ever-renowned Sate Padang.

“In a city like Jakarta, street food tells a human story,” Kevindra Soemantri recounts. The food columnist at The Jakarta Post who has dedicated an entire book on Jakarta’s street food, aptly titled Jakarta Street Food (published by Gramedia Pustaka Utama, 2017) believes that the subject matter has been undervalued for what it’s truly worth.

“Understanding street food in its literal sense of the word only narrows its meaning. Street food isn’t only about the location of it. The word ‘street’ already points to an overall environment and space where humans are involved,” continues Kevindra, who is currently the Culinary Managing Editor at Traveloka.

Street food, according to Kevindra, is the human story that depicts the social interaction between people and culture housed in the city. And Jakarta for one is a treasure chest of culinary gems. Sate Padang, Pempek Palembang, Bubur Ayam Cirebon, Soto Makassar, all these are dishes named after their city of origin, and yet, they are popular and reoccurring choices when browsing through the plethora of street food options offered in Jakarta. Quite straightforwardly, Jakarta’s street food scene is a metaphor of the city’s melting-pot society.

“What makes Jakarta’s street food unique is how each presented dish is a product of years of cultural influence,” says Chef Ragil. Despite the clash of flavours from various parts of the archipelago, according to the chef, this diversity somehow arrives with a surprising truth. Chef Ragil’s life-long career has brought him to all corners of the country where he learned first-hand of Indonesia’s many existing local cuisines. Through this experience, he has come to find that local cuisines are never 100 per cent Indonesian.

It’s a harrowing statement, but not without a hidden beauty: timeless delights like bakso, bakmi, and kwetiau have an unmistaken Chinese influence. Padang cuisine, as distinct as it is, have a strong Arabic and Indian flairs. Tracing back our history, the nation has begun as a multicultural one, thus perhaps, the structure of Indonesian cuisine was never meant to be homogenous.

But if we were to take this point further, then what makes street food different than common eateries or restaurants? Aside from the fact that the former is more affordable than the latter, one of the prominent characteristics of street food is its simplicity; from its menu to how the dish is presented.

When it comes to the menu, Kevindra points out that street food business is, oftentimes, focusing on peddling a handful or even just a single type of dish. “Think about how street food sellers don’t offer any service or ambience, and little variety, yet they survive for years and on from a business they’ve begun on a small investment,” says Kevindra.

Take a stroll down to some of the street food hotspot in Jakarta like Kebon Sirih street and look for the legendary Nasi Goreng Kambing Kebon Sirih. Started in 1958, the street food is famed for its tasty mutton fried rice; although in later years the menu does expand into selling other varieties of fried rice and satay, the street food’s namesake dish remains its bestselling menu to this date.

Kevindra mentions that this happens quite simply because the sellers cook what they know. Street food hawkers compete not by diversifying on their options but by perfecting dishes they are already familiar with. Their flavour repertoire? Well, a dish that reminds them of home, of whichever region they are hailing from. In his words, Kevindra calls this “honest food”.

Juliana Sari Siregar has worked as a food consultant for a handful of Jakarta’s F&B giants like Potato Head Group and Syah Establishments, and she can vouch that the unparalleled beauty of street food lies in its simplicity and genuineness that is reminiscent of a home. Unlike in restaurants, “There’s no hassle in marketing promotions, quality, location, ambience and service – street food is straightforward,” says Sari.

Chef Ragil concurs so as well: he’s convinced that genuinely-made food inevitably offers a better taste. In the context of street food, while the ingredients aren’t premium and the techniques aren’t the most refined, Indonesians have never stopped going back to street food due to its straightforwardness and humility. As simple as some signature street food staples are, like Ketoprak and Sate Ayam, they remain to be some of street food’s praised and favourite Indonesian dishes.

But in the past few years, the street food scene has witnessed streams of new renditions making their way into the scene. Maybe you’ve seen Sate Taichan, Martabak with fancy toppings, and everything-melted-with-cheese making spotlight news of the moment. Most of the time as well, that fame is often short-lived and left no more than a brief impression before the next big thing — whatever it may be — arrives to overtake but only to see the same fate and repeat the cycle.

“Too many of these so-called street sound appealing because they come with unheard twists, making them seem like sensational food, which makes them…well, gimmicky,” says Chef Ragil, who likens the so-called “gimmicky street food” to a child’s play: take a classic street food dish, then make it sensational by substituting or adding that infamous dash. To wit, one may have heard of sweet Martabak with matcha and cream cheese toppings, or the odd-sounding Ayam Geprek Mozzarella.

Being that most of these dishes are sold in modest stalls or shophouses by the street, they have been easily labelled as members of the street food family. Yet, putting perennial street food delights like Pisang Goreng and Es Cendol next to the trendy Pisang Nugget and Es Kepal Milo feels betraying to what street food really is.

At least, to Kevindra, there’s nothing wrong with adding unusual twists to the classic street food. He explains that these novelty creations were born out of people’s eagerness to explore new flavours. Despite being supportive of this, he later adds that “It’s wrong when we start to popularise [these new creations] as part of our street food culture.” We’ve come to know that Jakarta’s street-side food arrives not only with a diversity of exciting flavours but also the background stories that make it whole. It’s important to not dismantle street food from the cultural and personal affairs happening behind the scene.

Despite being simplistic in nature, turns out there’s a rich history of influence and cultural encounters over the course of centuries behind street food. It also contains stories about people: some who have struggled to fight their way into the city like Ajo Ramon and H. Ma’ruf did, and some from the consumers side who found comforting flavours from an assuming hawker and his pushcart by the road or in one of Jakarta’s many clusters of modestly-built food stalls and tents by the street.

It would be hard to detach street food culture from Jakarta, not that anyone would want to anyways; for street food simply bears a sentimental value that is quite inexplicable through the taste buds. But, as Kevindra puts it, “That’s the beauty of street food,” he says. “It’s like a pair of glasses to see the identity of the city and its people.” 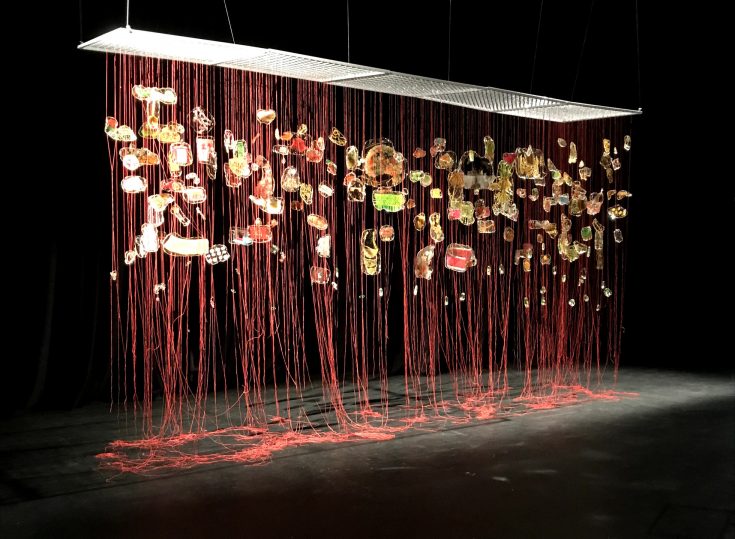 Patrons of Art: The New Generation

Art is winning millennials and vice versa. In this feature, we look at how art is consumed by the younger generation, how social media propels the shift and how the industry adapts to these changes. 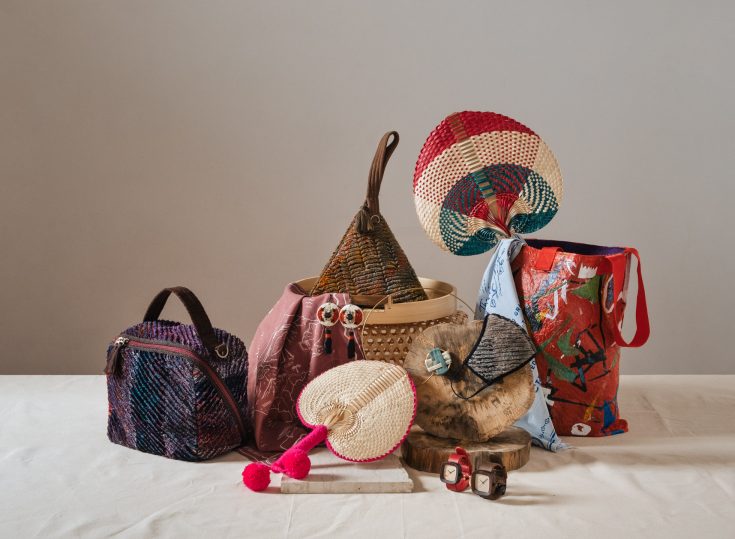 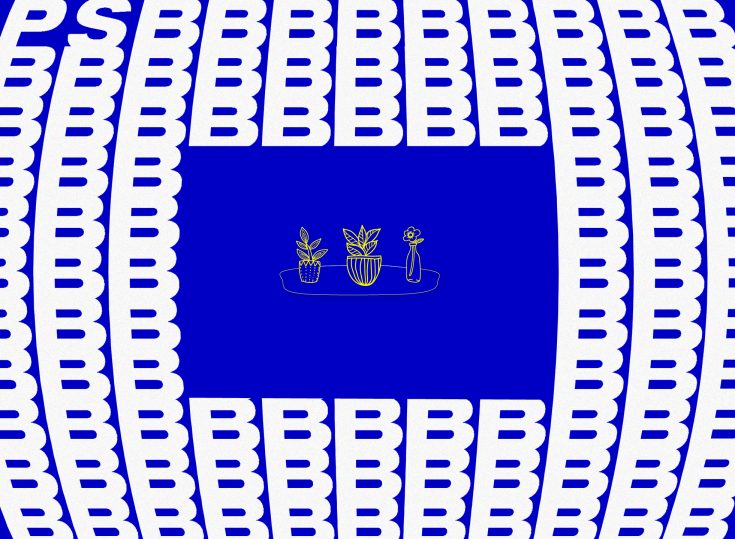 Opinion: The Bliss of Solitary Pursuits

In light of staying-at-home, pseudo-extroverted Associate Editor Hana Anandira questions the overestimation of the ever-up-to-date lifestyle which has estranged the virtue of self-investment through solitary pursuits. 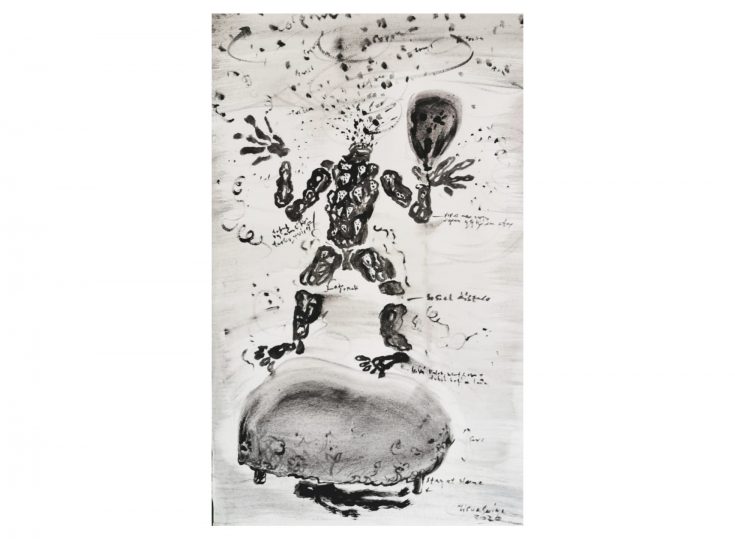 Art institutions Museum MACAN and Art:1 give their recommendations of artworks made by prominent local artists in response to the pandemic, which serves as a reminder and inspiration that we are all ultimately interconnected.

The pandemic has brought back a season for kites. In the daylight, colourful paper kites soared across the city’s sky as groups of kite-flyers held onto their strings to keep them sailing high, this time with face masks on. Taken in Jakarta’s various neighbourhoods, these images show the return of the forgotten pastime where social distancing is already at play.

The Bandung-based brand, Dari, created the ‘Pandemic Series Signage’ in collaboration with graphic design studio Nusae, to navigate today’s pandemic-ridden environment, as the company envisions to become the missing link in public spaces through their design of everyday objects.