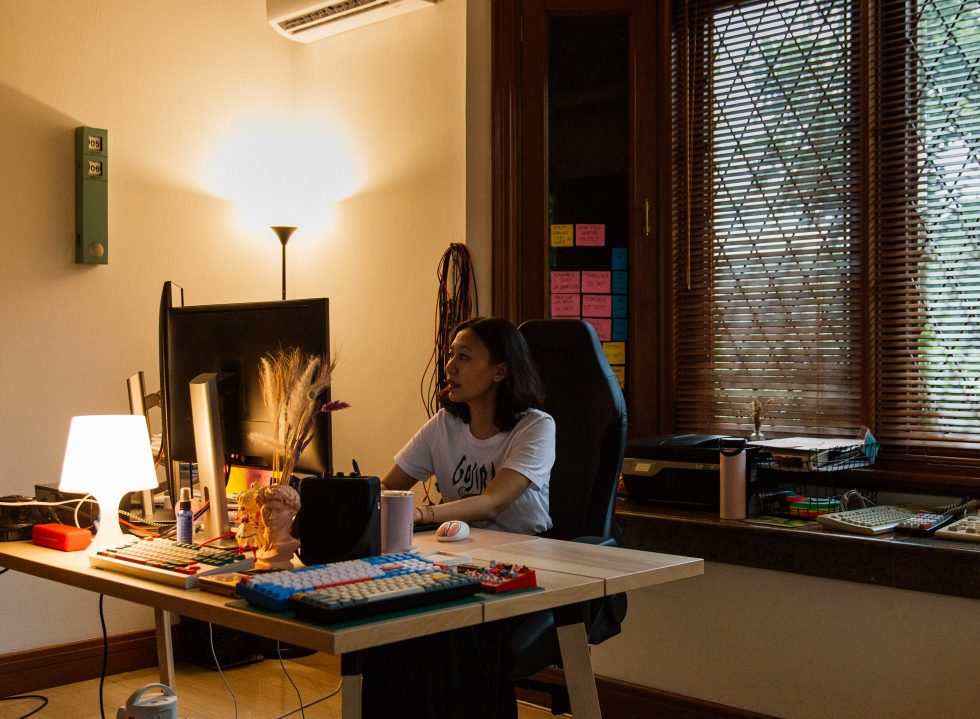 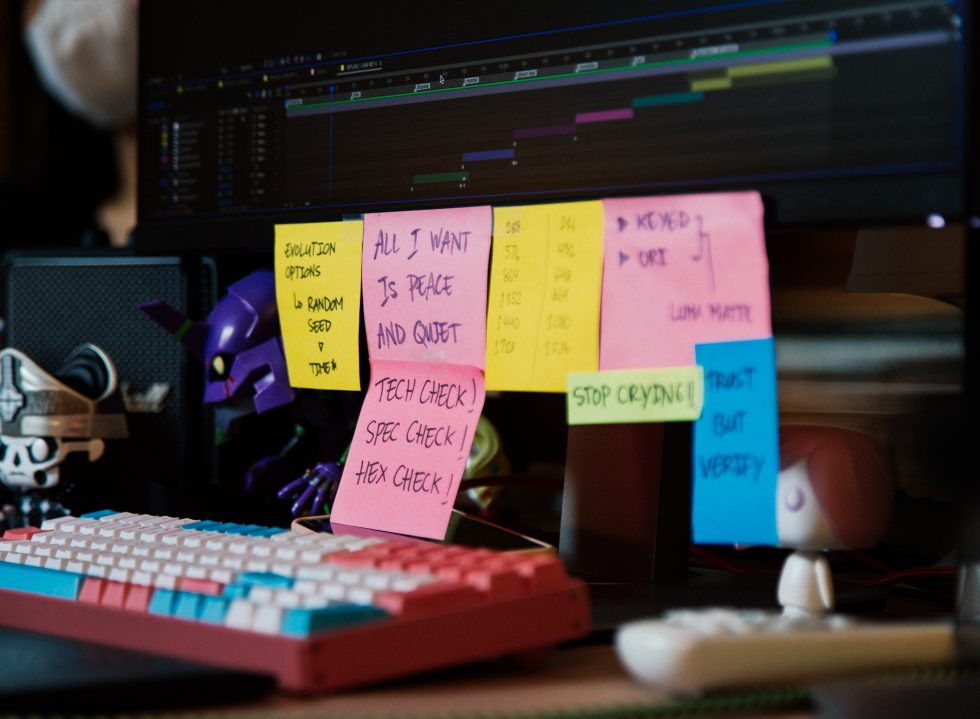 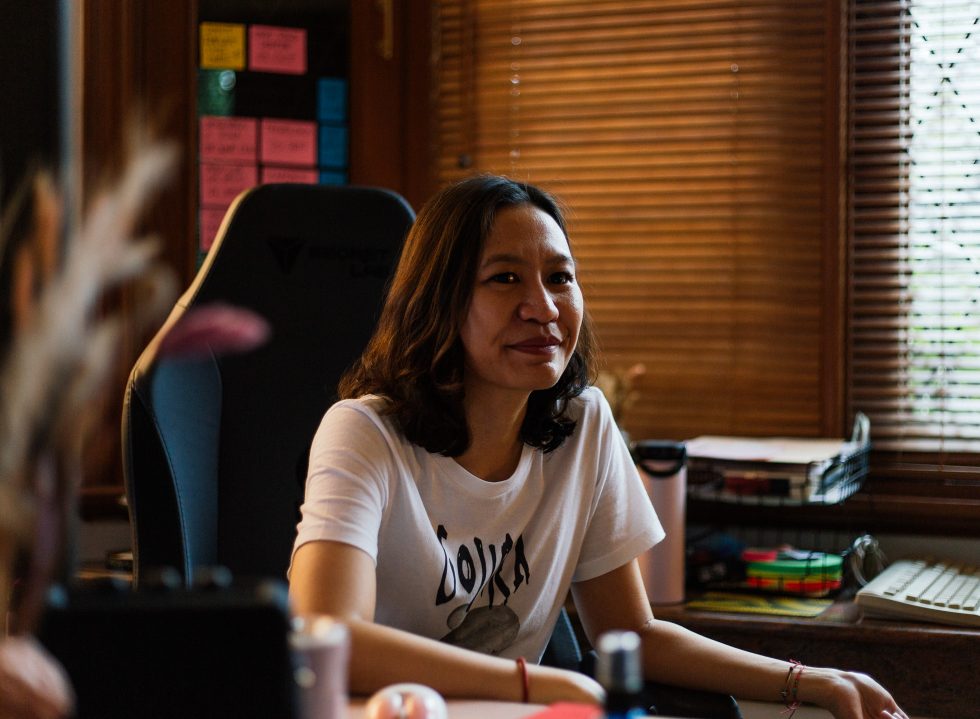 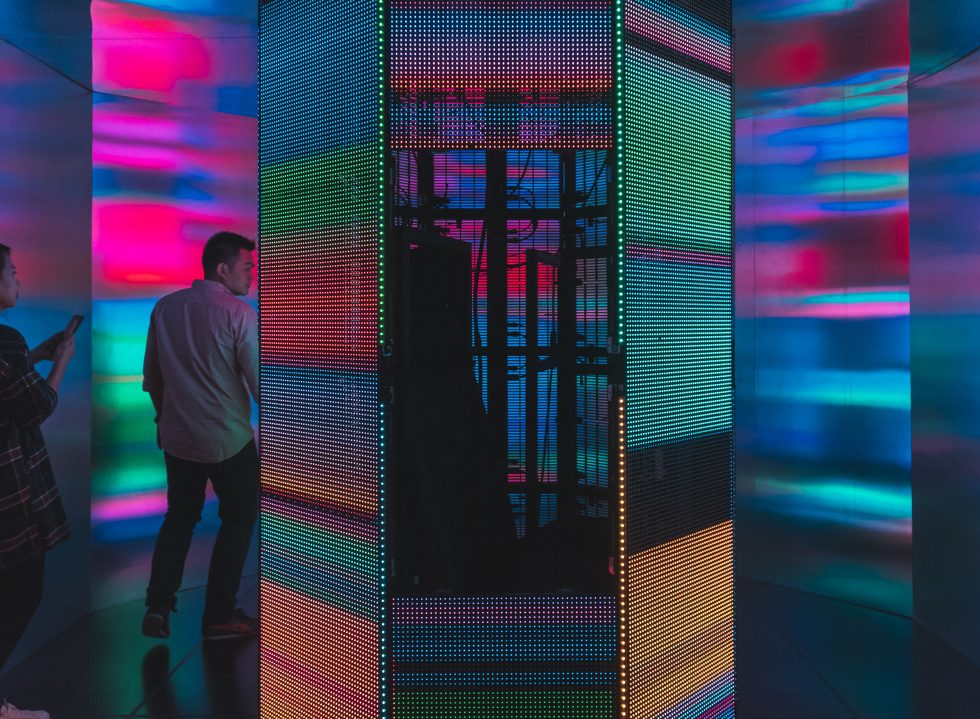 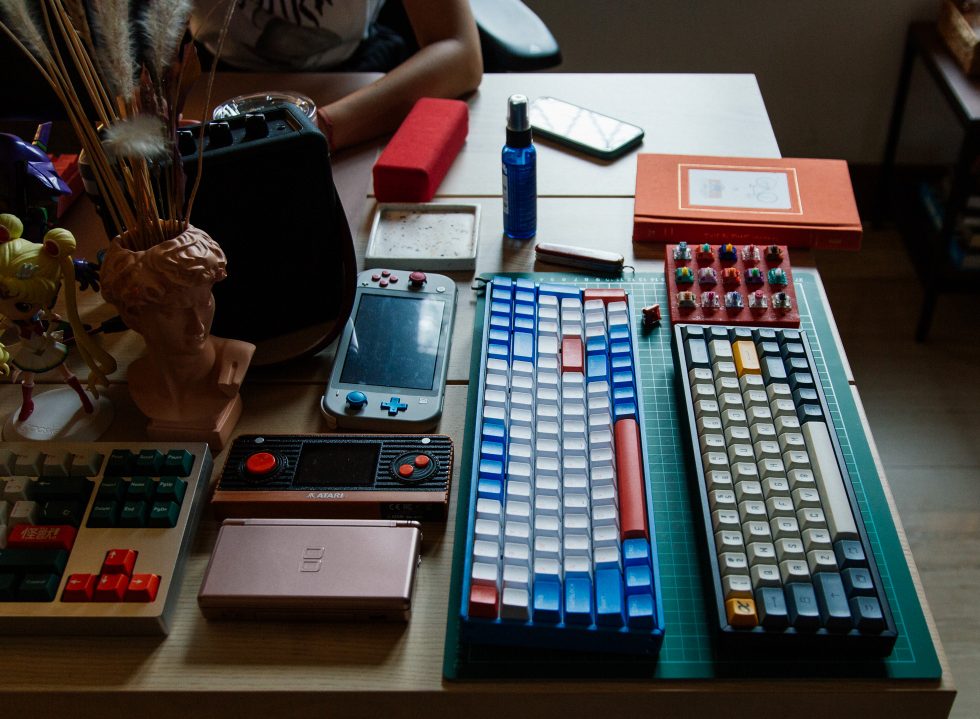 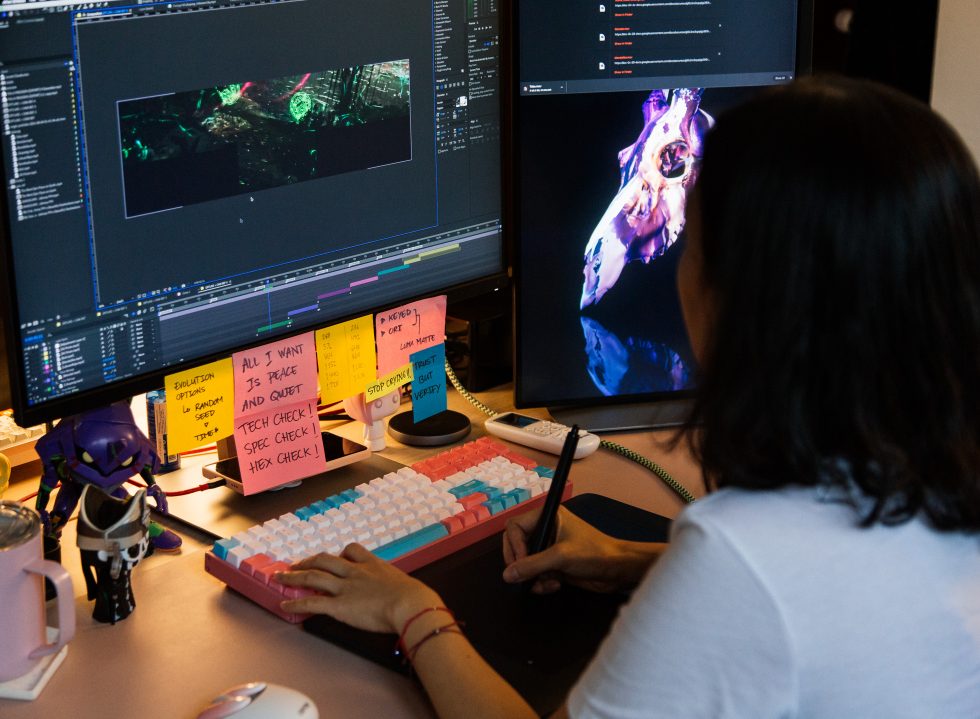 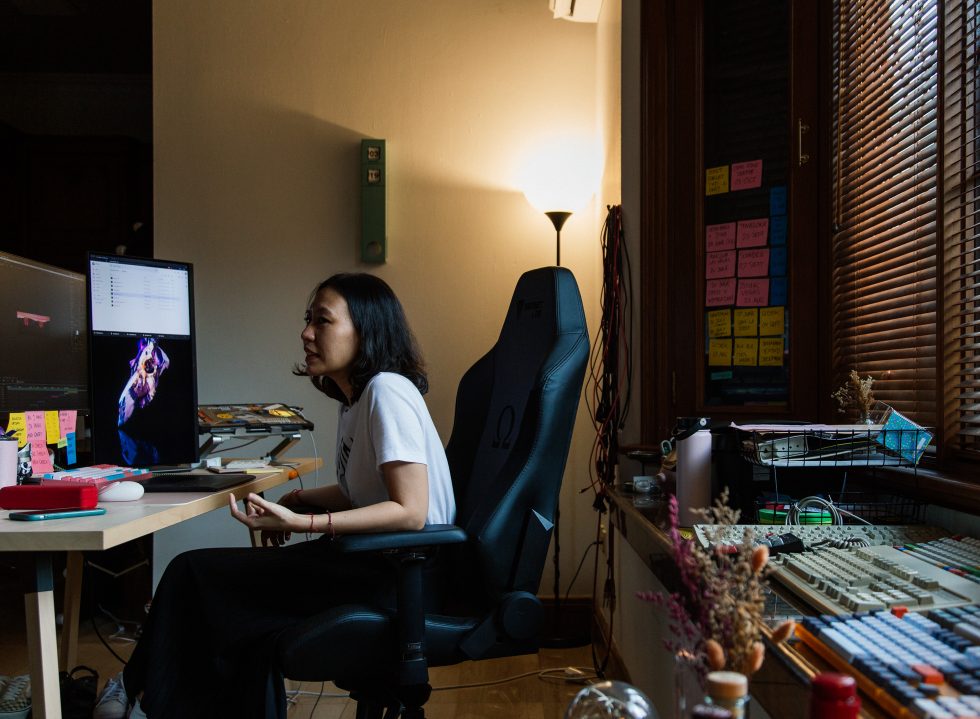 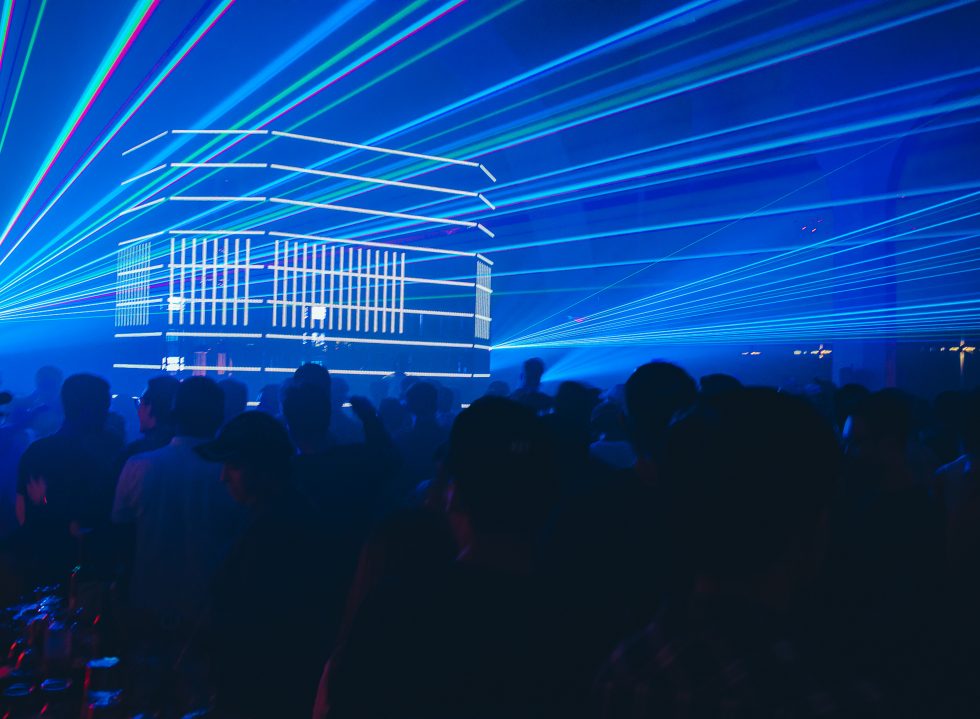 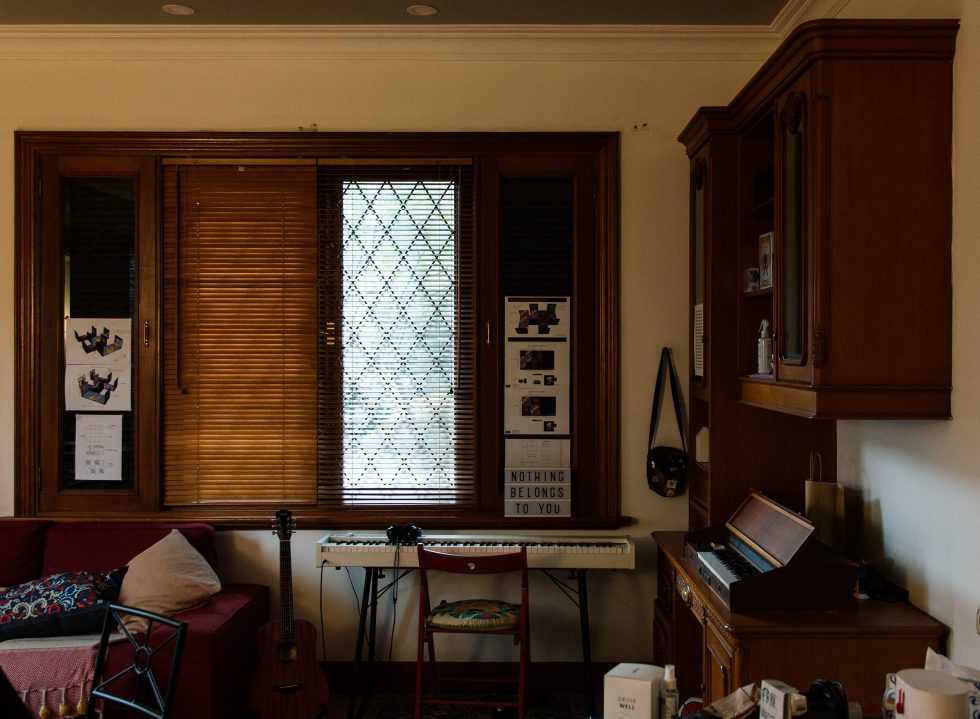 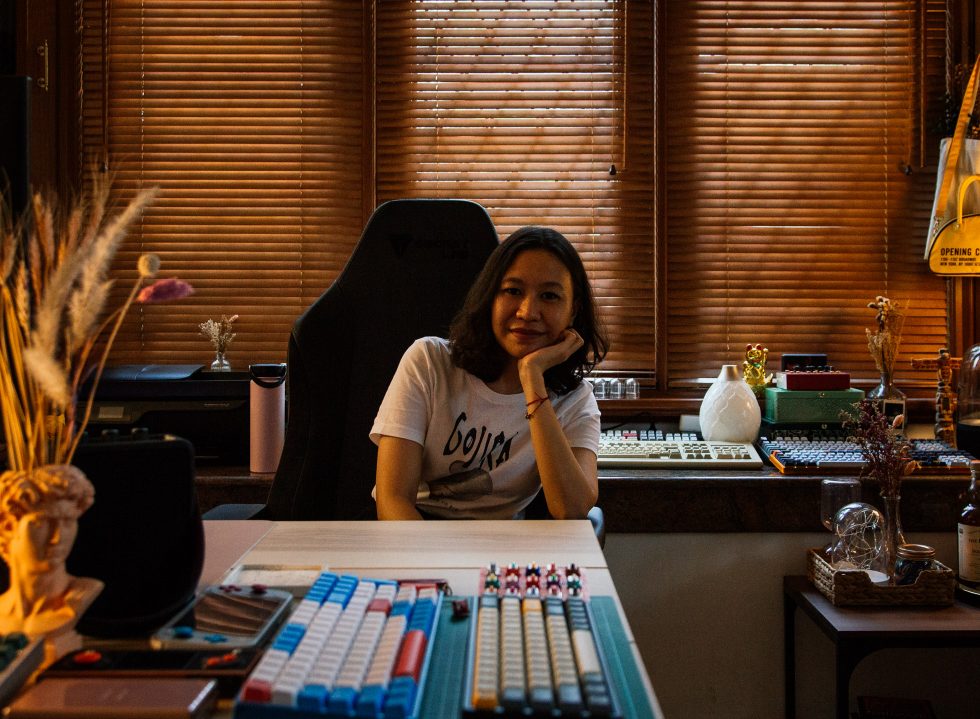 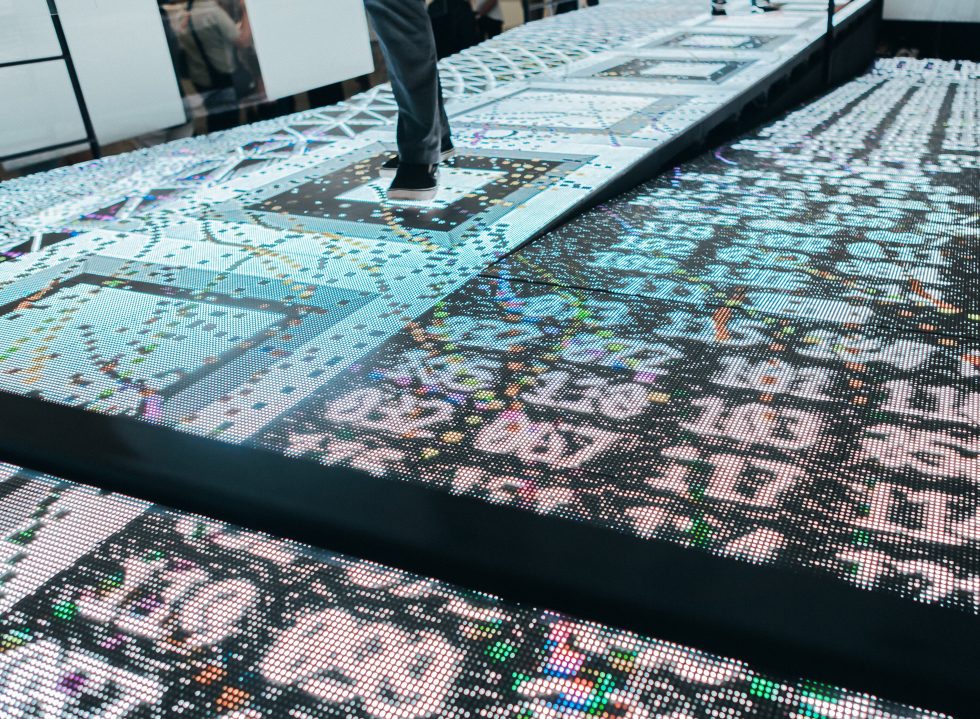 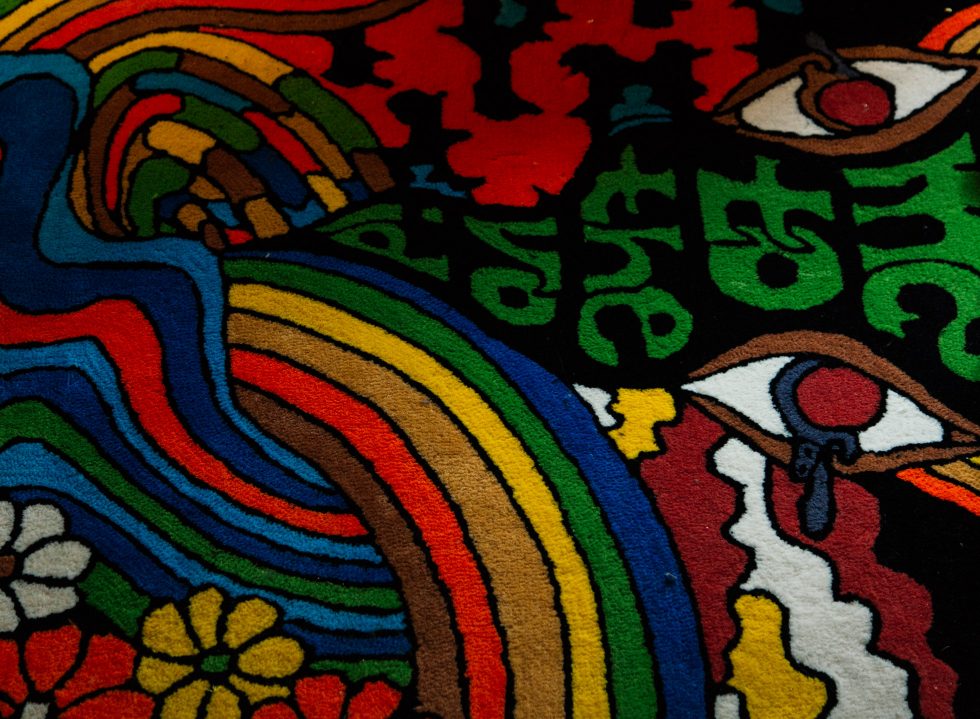 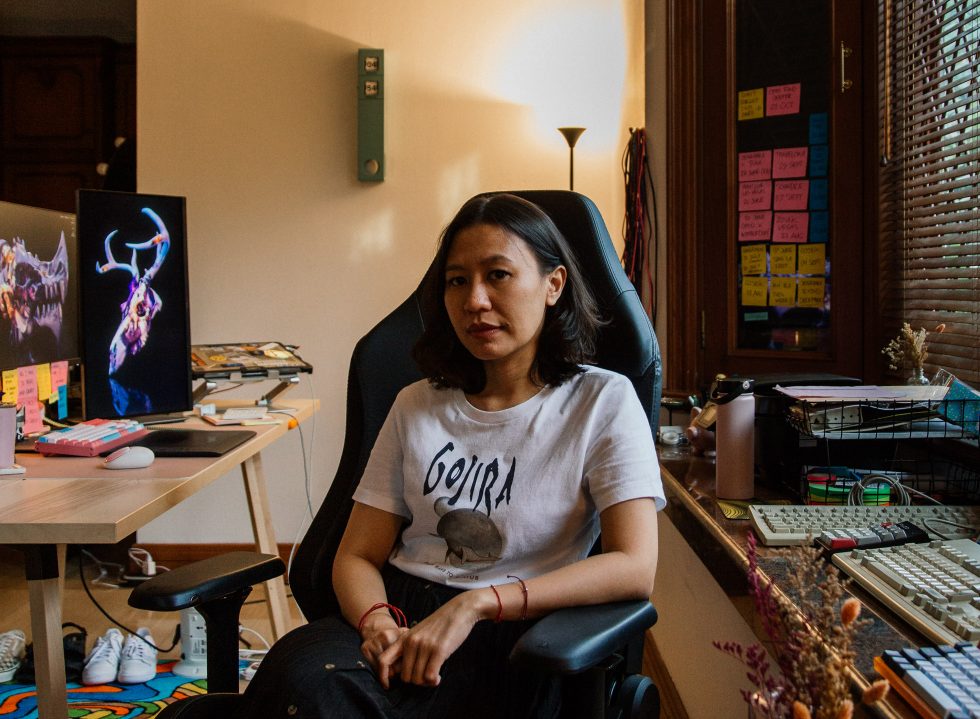 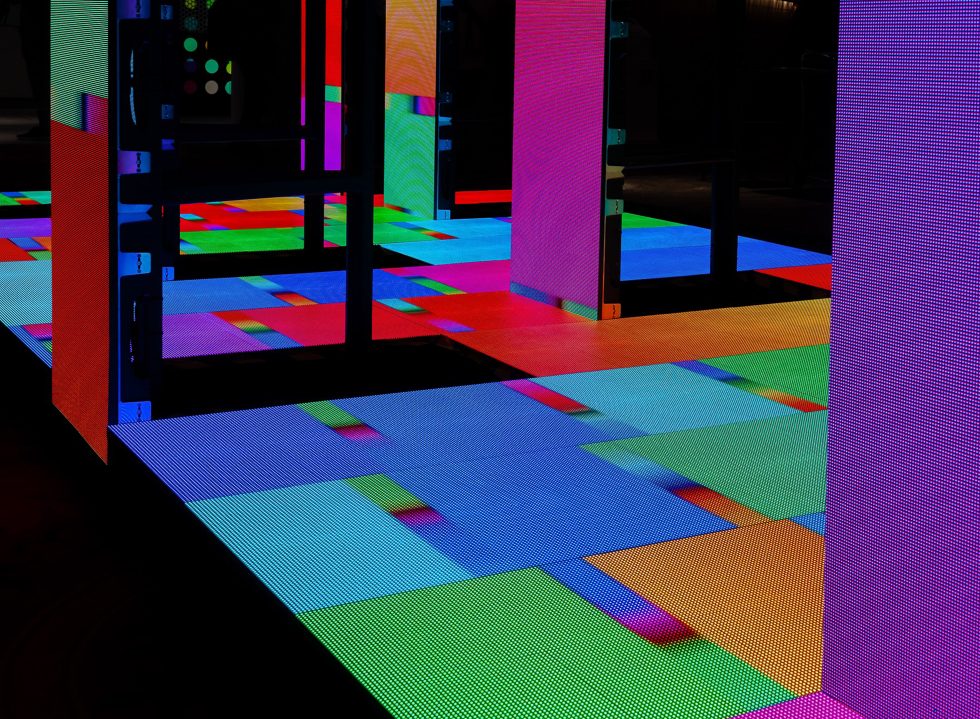 Share
One of the most exciting figures in the creative industry, Isha Hening’s self-taught exploration of motion graphics led her to produce stage visuals and installations that are entrancing, colourful and inseparable from her imagination.

Hening means silence. It’s a name given to the visual artist, Isha Arumsa Hening, most known for her work in motion graphics. But those who have come across her creations would probably agree there’s nothing quiet about them. Be it the grandeur stage visuals at music festivals where she operates as a visual jockey or the Batik-accented video-mapping projection that once lit up Monas, Isha’s visuals are loud, her colours are bold, and in all its glory, they are designed to lock your attention and entrance you.

With a background in visual design communication, Isha’s journey in the discipline of motion graphics started back in college when she stumbled upon animation and struck a liking to it. Being able to draw was also a plus—much influenced by her painter father, Haris Purnomo, making her shift to the field even smoother.

“How animation was taught back then was more conceptual, honing in on the senses instead of techniques. I had to explore and self-taught the latter,” shared Isha.

She found suitability for the craft and slowly dabbled in video editing projects here and there before deciding to do it as a profession back in 2007. Since then, the 35-year-old has grown her portfolio from creating stage visuals, video-mapping projections and installations for high-profile musicians and brands, to participating in exhibitions that represent Indonesia.

“In truth, I rarely look at references for inspiration. It’s a process where a lot of it is pulled from my imagination. Everything is in my head.”

One of the recent works she takes pride in is currently exhibited at Expo Dubai 2020 for the Indonesia Pavilion in the ‘Tomorrow’ section, where Isha’s stunning video-mapping projection, sprawled across screen and floor, draws on visual cues that are both futuristic and ethnic. “I’m quite proud of this work since I’m representing the country. It was quite sudden, I only had two weeks to prepare. But I was given the creative freedom for the allocated theme, and I was happy with the result.”

Isha’s visual style—psychedelic, colourful, with a knack for irregular and abstract shapes—are traits that have become individual to her name. These characteristics also came to her without a specific thought-out plan or set formula behind their workings. “There are so many references today, but back then, my style was developed through discovering the functions of what a specific software could do. So my style was shaped both intentionally and unintentionally, it was an organic creation process in all.”

As for her choice of colours, it’s a strength she realised later on. “I figured out along the way that my strong point is in colour composition. So I kept honing this skill.” What about concepts and ideas of visuals? “In truth, I rarely look at references for inspiration. It’s a process where a lot of it is pulled from my imagination. Everything is in my head.”

For the introverted Isha, all of her work is done mostly in her studio (“I can’t work at home!”), where she would drown herself in deadlines with reminders of them written in post-its, typically with coffee by her side, set with two computer screens, her beloved mechanical keyboard—which she has collected since 2015, way before it hit trend last year—and a graphics tablet, as her usual desk sight.

When asked about her favourite part of the craft, Isha mentioned a specific stage called “look development”. It’s a pre-production phase where the creative foundation of an artwork is already established and the creator would explore further potential, from styling to colour grading, to determine the final look. “For me, this is the most enjoyable stage, because I can explore more on the kind of look I want to help build the end result.”

“I sometimes wonder what it would be like if I were anonymous, just someone working behind the screen.”

Today, Isha’s name in the field of motion graphics, or visual art in general, has merited trust, the kind that allows her to possess creative control over her craft and vision when working with clients. But there’s also certain baggage that comes with Isha’s calibre of work.

“I sometimes wonder what it would be like if I were anonymous, just someone working behind the screen,” said Isha, half-joking, half-serious. “Recognition means more work, but it also means more pressure. But, that’s the risk I have to accept. I always regard people’s trust as a big responsibility. So, if someone has chosen to work with me, my mindset is that I have to bring my A-game every time,” shared Isha.

In the new year, one can expect Isha to be involved in the same discipline spread across mediums, from stages and multimedia installations to even paint jobs on bikes, a recent pursuit she picked up. But throughout all her work, Isha always wants to inform that craftsmanship requires time; it’s a response to one of the discouraging patterns she found in the industry where the creative process is notoriously rushed.

Isha has a few words to say about that: “Be it animation or motion graphics, the creation process is lengthy. It’s not just a matter of rendering, but it demands a step-by-step process. For the health of the creative industry and its workers, I want to echo that any craftsmanship takes time.”