The Manual Guide to Host a Party - Manual Jakarta 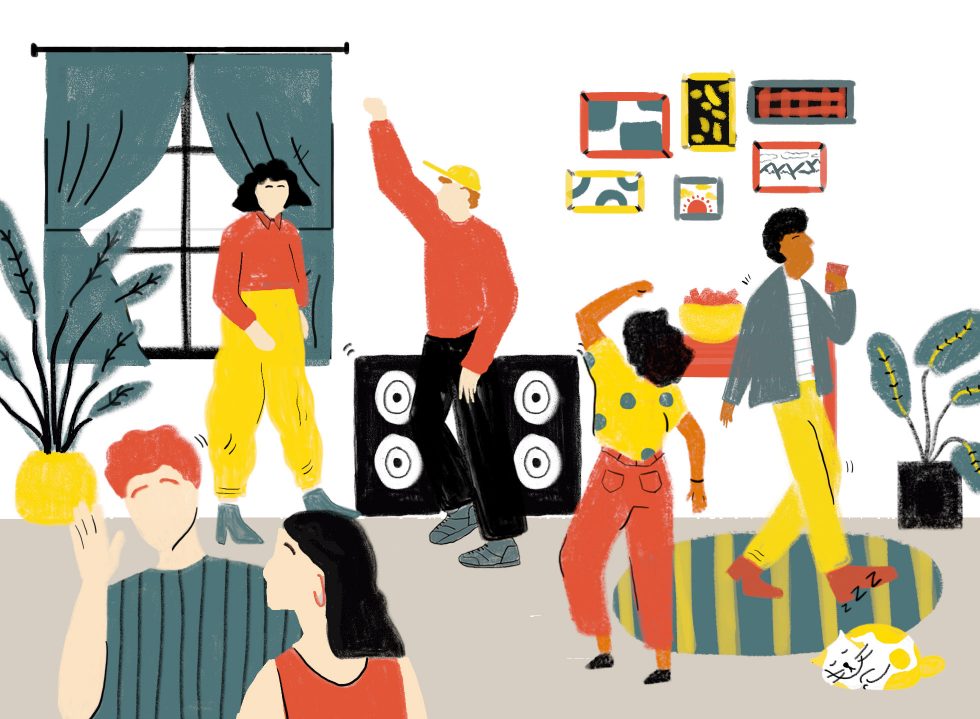 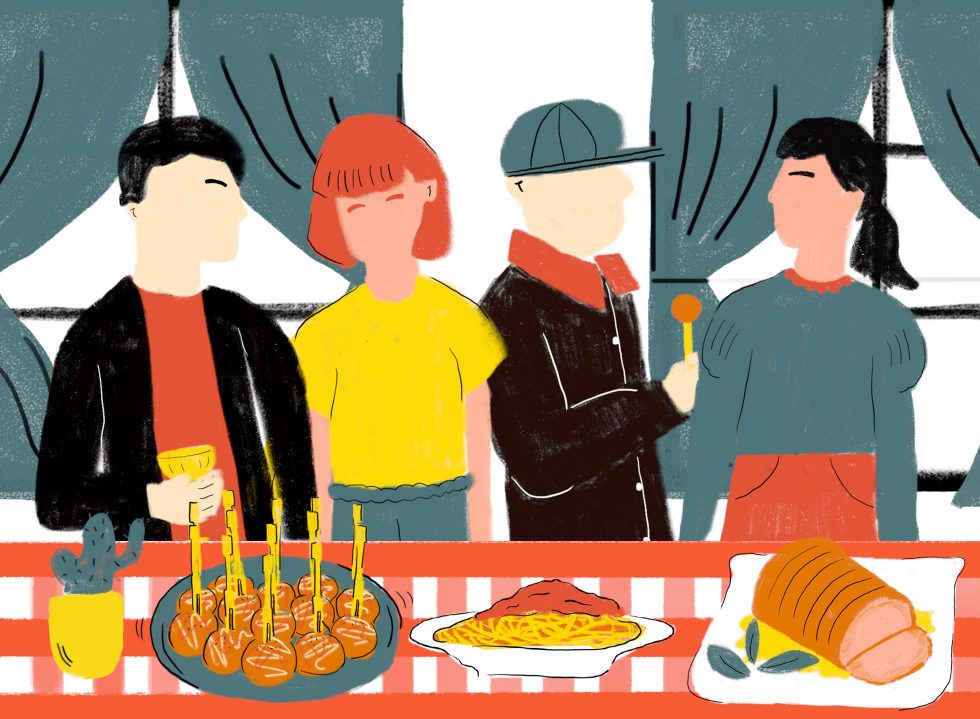 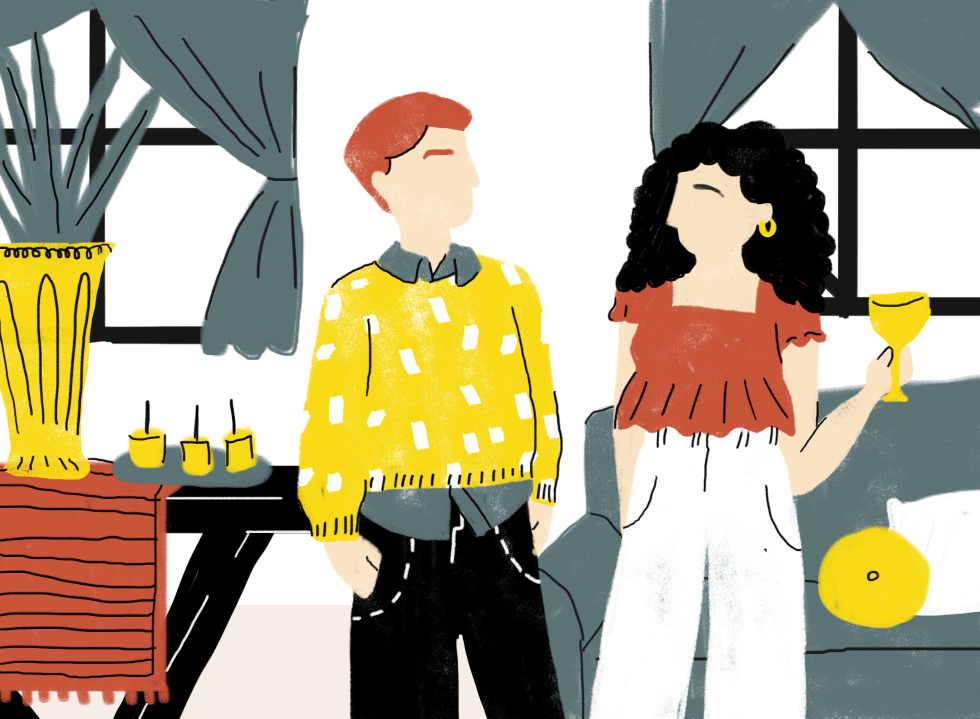 The Manual Guide to Host a Party

by Hana Oktavia A

Share
A guide to throwing a house party that’s tasteful yet trouble-free. With perspectives on etiquette, food and drinks, music, fashion to pet-care, these insights from individuals of the party business will help the amateur host plan a house party to wrap up the year and every party after it.

As the year is coming to a close, folks might find themselves in the quest for the grooviest fête in the city or choosing to host a more toned-down affair with their closest ones at home. However, the latter comes with a tail of challenges that makes throwing a house party seem overwhelming.

We have compiled a 101 Course to plan for your own house party which features the insights from the very individuals who are professionally familiar with the business of planning and entertaining a party. Here, we lay down the tips and details to bear upon one’s party planning.

At a party, the well-being of the guests should come first. On this matter, we turn to Budi Cahyadi, the man behind the upcoming August restaurant for words of wisdom. Besides going about his days as a restaurateur, Budi revels in welcoming friends to his home for convivial get-togethers on the regular.

From his experience on doing the honours, Budi believes that the heart of a party is the people, thus regardless how grand the party is, guests dining in awkward silence is the last thing you want. If the party involves new faces, spending a moment to break the ice goes a long way to make your guests feel welcomed; it also eases the ambiance for everyone to introduce themselves to new people. A simple trick that paves the way to a more intimate night everybody can thoroughly enjoy. Besides, who says a party was only meant for your one circle of friends at a time? Being a good host is no easy feat, but happy guests are rewarding.

Of course, a party isn’t really one if food and drinks are not in the picture. Fret not if a catering service is out of the budget: we turn to Yusuf Asikin and Fergie Tan, the duo behind Brownfox Studio, Mister Sunday and Hunter&Grower, their latest F&B venture, for insights of this section.

In their experience of hosting friendly wine nights, Yusuf believes that going for a potluck dinner is the safest bet since your guests can contribute to the fares as well. The pros outweigh the cons: not only friendlier for your pocket, a potluck highlights togetherness and warmth. In that case, it’s imperative to communicate with your guests about the meals you’re going to serve for the night, according to Yusuf. Up for dishing out the mains? Then your friends’ contributions could be delightful desserts or appetisers to complement the banquet.

Yusuf and Fergie points that how the food is served also matters. It’s easier to have finger food or nibbles at the ready as they are easier to consume and clean up afterwards: classic guilty pleasures like gorengan, potato chips, and canapés are easily favourites. If you’re opting for an upscale kind of bash, cheese and salami would be foolproof.

On this, Budi adds that options and variety are a must for guests: from vegetarian to no-pork, food at parties should serve everybody indiscriminately.

When it comes to beverages, Jakarta-based mixologist and liquor specialist Tariq Widarso (better known as Sip Sensei) got a word on the know-hows. The practice of drinking alcoholic drinks at parties has become more popular, which spurs the false idea that alcohol is the default drink. The mixologist clears it up: “The default drinks at parties are water and soft drinks. Liquor fall behind those because not everybody drinks alcohol, so it’s important to have the default drinks ready and in stock.”

However, if you were to serve alcohol to fortify celebratory moments, think of getting concoctions that fit the bill that are not the average cold beer and wine selection. As Tariq believes, as long as you know what you’re going for, cocktails do not have to make a hole in your pocket.

For example, preparing a highball (a simple mixture of alcoholic spirit with non-alcoholic mixer) is an efficient way of serving alcohol with any of the default drinks one has prepared for the party. Easy to emulate and no shaker needed, you can even tweak your glass of highball according to your liking by using different liquors and mixers. It goes without saying that as a host, you and your guests should drink responsibly. For when the night shifts to morning, Tariq suggests coconut water and a big breakfast are tried-and-tested hangover cures.

Unless you’re planning on tearing your wallet apart for an in-house DJ, then there’s no other way but to take the matter of music in your own hands. Studiorama’s co-creator Xandega Tahajuansya and Pon Your Tone representative Matter Mos shined a light on the importance of music at a party. Apart from being a musician and lyricist by day, Matter Mos takes pleasure in bringing people together through Coincidence, a newborn music collective initiated by him and his chosen family. As for the establisher of music collective Studiorama, Xandega doubles as a musician as the band Polka Wars’ bassist.

Upon asking the two musicians for wisdom, both share the same key perspective: the music must be enjoyable to everyone: “A balanced combination of groovy, eclectic music with good rhythms and tacky guilty pleasures,” Xandega stated about the components of a good playlist. Multiple genres will ward off a monotonous vibe at your party. Adding on to that, Matter Mos points out that the timing in playing your songs also comes as a big deal: “It’s not always about the songs, it’s about when you play it, too” said the rapper.

Which is why, when hosting a party, one should also consider when they want to blast their chosen tracks. For example, singalong songs are the last thing you want to whip during mingling sessions, “I would recommend instrumentals [for mingling]. Chill-hop would be okay, too. The Beatles will make your crowd sing their hearts out, so you must know what you’re going for,” he adds.

In short, know your party, know your audience and feel free to ask your guests to contribute for the homemade playlist.

Are dress codes still a thing?

One can relate to time spent hauling the closet to pick one set of outfit to flaunt to a party, which is why dress codes might make things easier for party goers. Fashion director and owner of Svastiari Studio, Ajeng Swastiari agrees that dress codes would make dressing up easier, but the trend can take out the fun out of parties.

Ajeng mentioned that dress codes have inadvertently shifted purpose: from making things simpler to overestimating aesthetics. “People make use of dress codes to impress. To be more instagrammable, which makes sense these days. But sometimes they forgot about the comfort,” she continues. It’s a testament that dressing to impress has overtaken our intent of a party: to have a great time with friends. So instead of focusing on specific dress codes like arisan housewives do, Ajeng’s rule of thumb is to go with smart casual and further personalised with details such as colour palette and accessories.

The key is to feel comfortable. Therefore, avoid wearing outfits with heavy materials or shoes that would hinder you from having a great time. Sure stilettos are appealing, but why bear with the trouble when the nub of a party rests on the good times? “Be it sneakers, boots or heels, all is well when you’re confident and feeling yourself,” expressed the fashion designer.

An Eye for Decoration

While decoration is one of the aspects at a party one often turns a blind eye on, it is something that uplifts the ambiance much like the other aspects do. Here, we call upon the owner of Jakarta-based event planner Kava Studio, Alissa Safiera, for her perspective on matter of décor.

Having organised numerous tablescapes for many occasions, Alissa learned that the best way to style an intimate house party is to refrain from overdoing it: The key to a good decoration is one that does not overwhelm the venue. Be attentive to the kind of party that you’re going for, as there are different principles for different types of parties. When you’re thinking of a party less than fifteen people, a sit-down dining will do just fine. However, when opting for a slightly bigger group, consider a fail proof cocktail party with canapés to boot.

For a sit down dinner, centrepieces might be attractive as an idea, but don’t let it overtake your entire table. If you’re going towards a casual table setting, the basic, nicely polished silverwares, napkins and potted plants would suffice. But to complement whatever you’re going for, have a warm lighting installed, a few short flowers as centerpieces and avoid bright, eye-catching colour palette. It was meant to be a house party, so why bother overestimating the frills when you’re on a budget squeeze?

On Your Little Furry Friends

While not so obvious, this last aspect should also be a concern to the host and guest alike. For hosts with wandering pets at home, considering their well-being is inevitable. In this case, we take on the perspectives of dog-lovers, Livia Elvina (owner of BARK Como Park) and her friend Karolina Pudjiadi, a mother of two puppies.

If your dog or cat loves to be under the spotlight, then there’s less to worry as they will likely be your co-host and life of the party. In that case, Karolina suggests to bathe them before the soirée or even dress them up if you’re feeling a little harmless extra.

However, Karolina notes that it’s not always the case for all pets: anxious ones that don’t dwell well with loud noises and new smells should be taken away for the night with a friend or family or locked away in his/her favourite room with enough water, food and toys. The same applies to guests who aren’t so fond of your animal child. One bad interaction could be distressing for both the pet and guest, in which Livia advises that it’s best to keep them separated until the remainder of the evening.

From the imperatives of being a good host to pets 101, this piece covers the ground insights. Blast good music. Laugh. Wear what you want. Eat that cake. Once the clock strikes midnight, the ‘party’ begins anew. This being said, good luck and happy hosting.