Hara and the Rebirth of Rara Sekar - Manual Jakarta 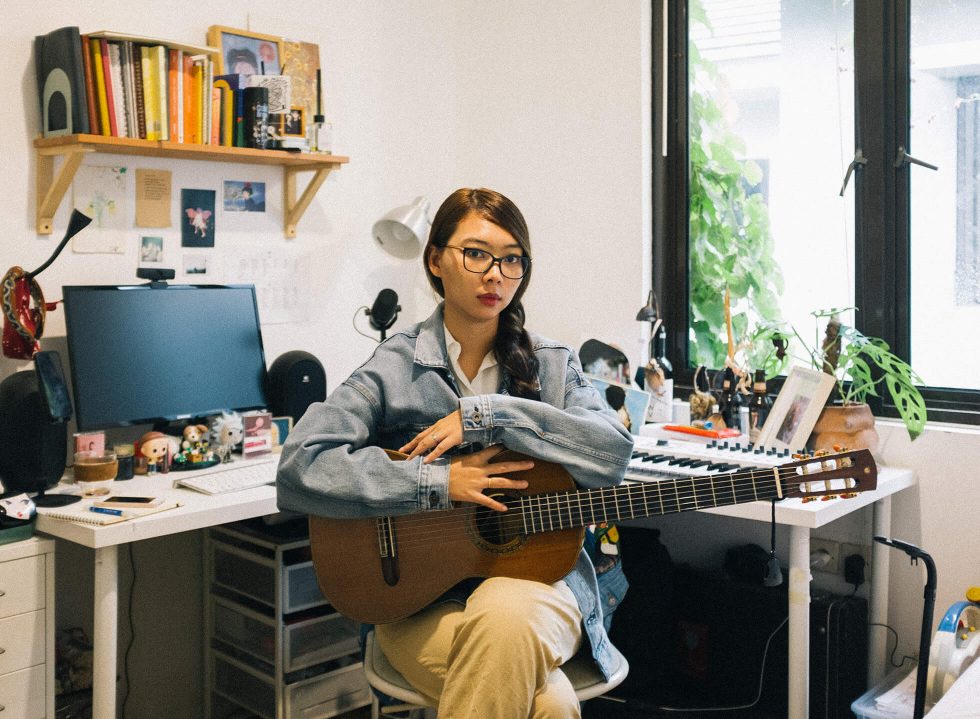 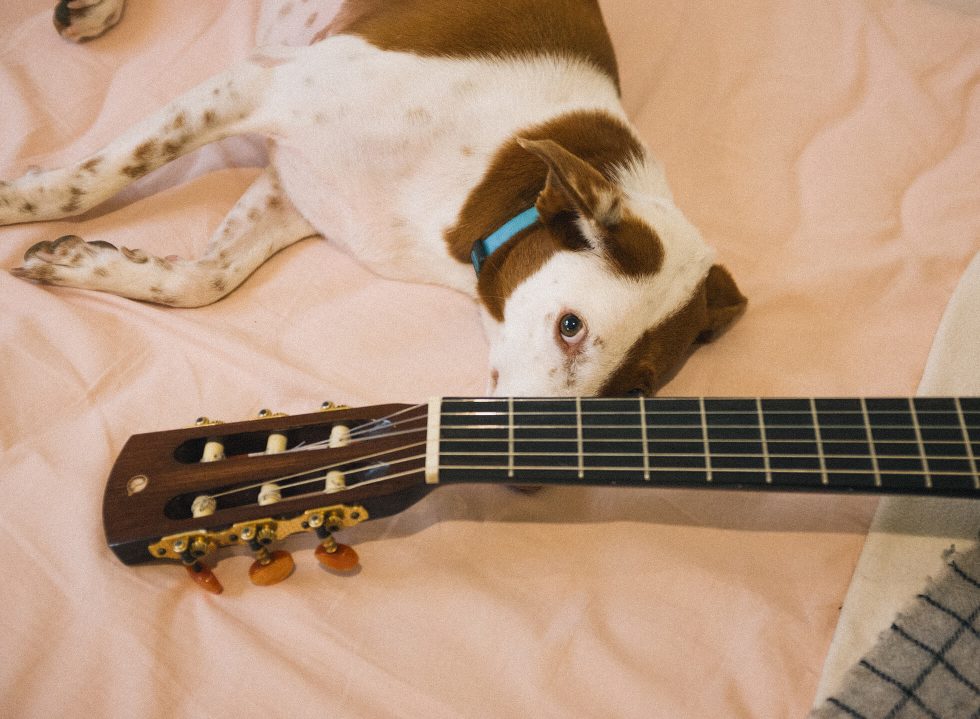 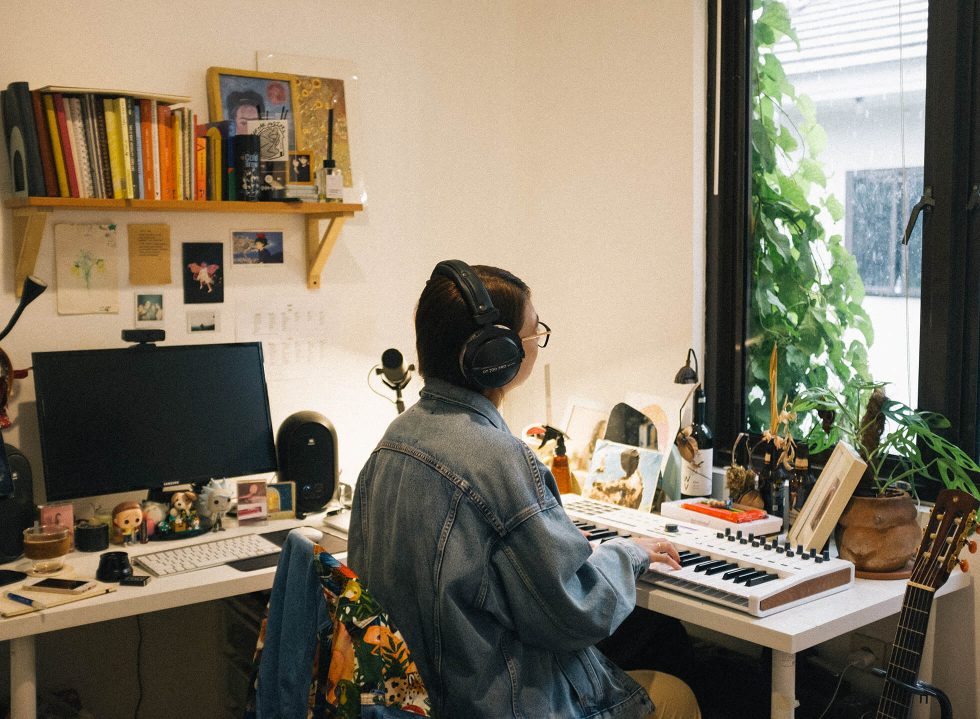 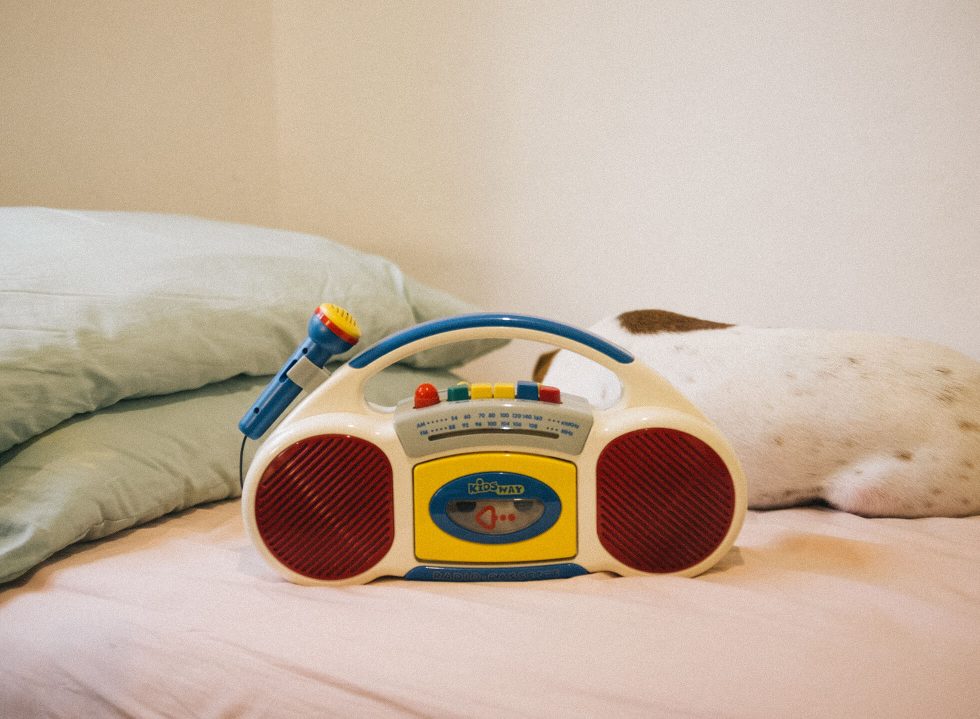 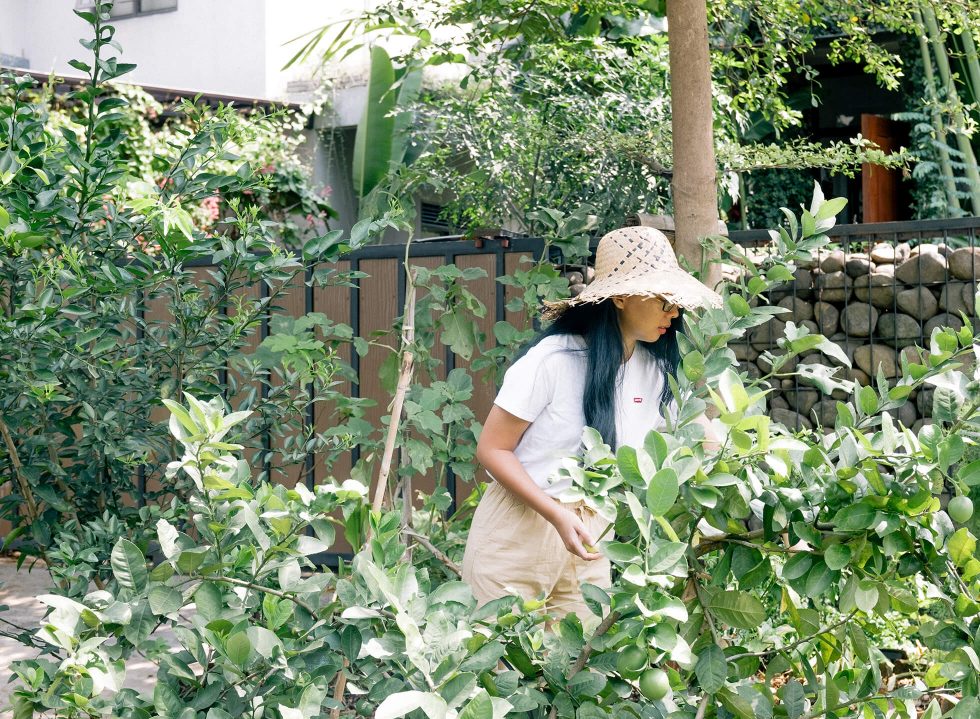 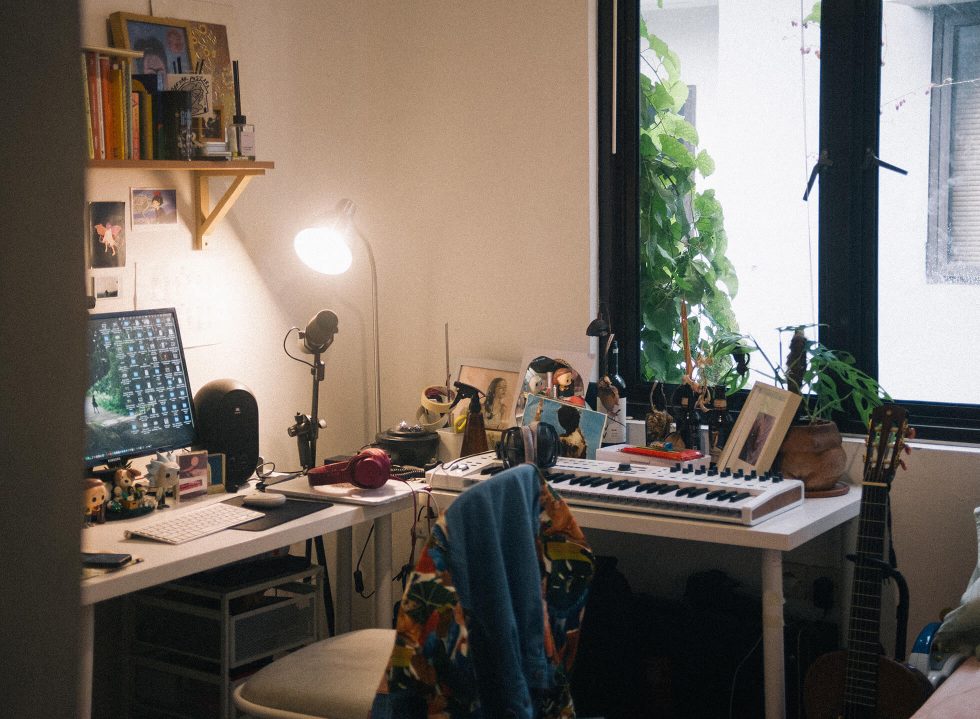 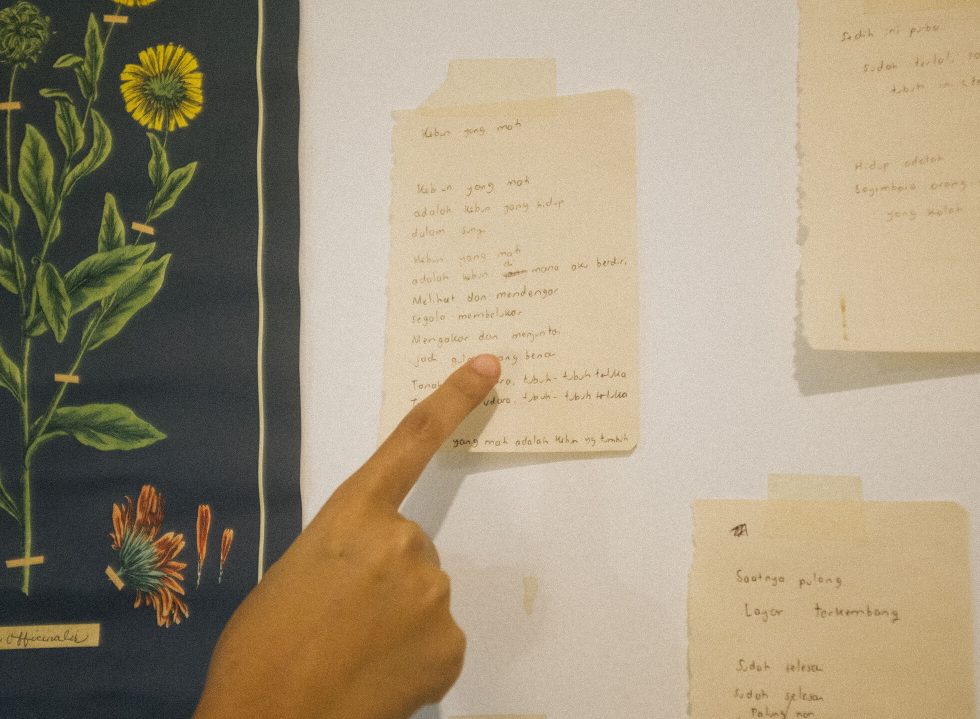 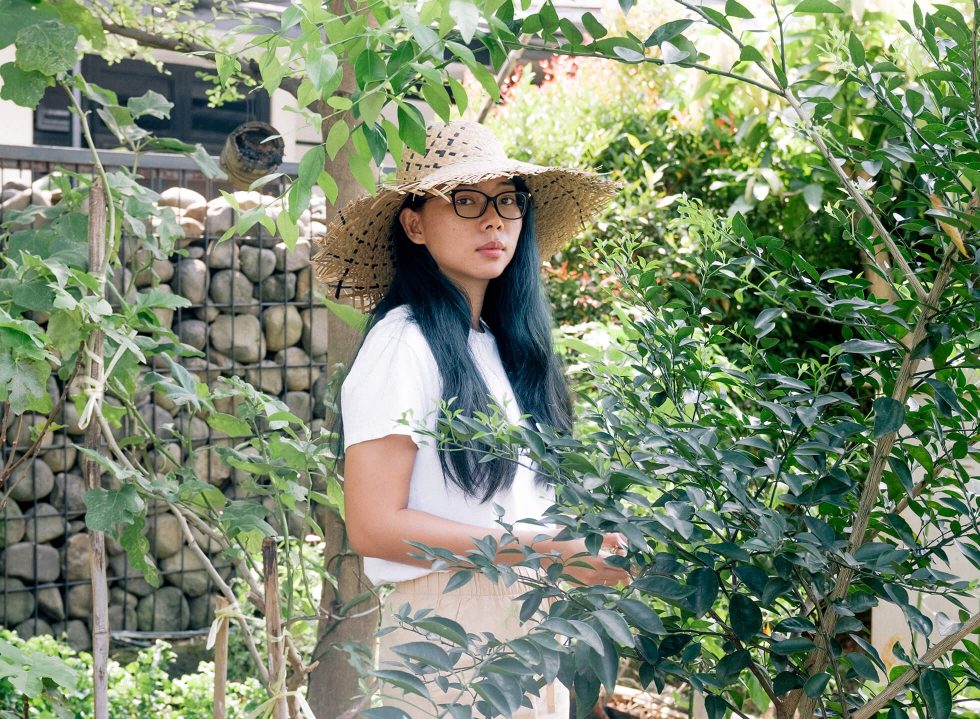 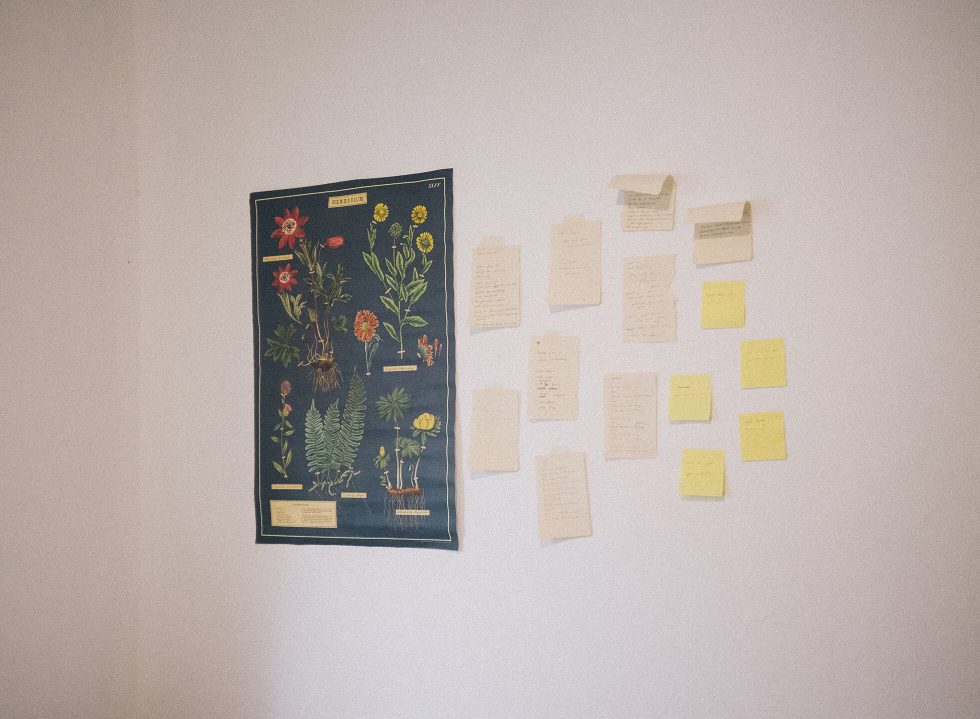 Hara and the Rebirth of Rara Sekar

Share
Once one half of Bandung duo Banda Neira, Rara Sekar Larasati renewed her commitment to music with a new solo persona as Hara and an idyllic traditional folk E.P. "Kenduri", presenting the artist's ethereal yet grounded exploration of her spiritual relationship with gardening and Mother Nature.

At least from appearance alone, one would not necessarily peg Rara Sekar Larasati as a singer, songwriter, and music producer. Decked in a powder-shade buttoned blouse with a sleek, tight hair bun, the bespectacled 31-year-old exudes an aura of a sharp-minded academic as opposed to a free-spirited songstress with nearly nine years of career under her belt.

Ironically, in her case, what might appear to be a baseless ‘geeky’ impression is more or less accurate. A Master’s graduate of Victoria University of Wellington, New Zealand, Rara’s research thesis was published in the prestigious The Oxford Handbook of Global South Youth Studies dated December 2020. Additionally, the 31-year-old dabbles as the co-founder and lecturer of Arkademy—a photography collective focusing on critical and reflective photography education based in Jakarta, Bogor, and Yogyakarta. Even I had a bit of a difficulty reconciling this clean-and-cut scholar with the indie-pop goddess who has been sneakily infiltrating everyone’s playlist since 2012.

When I ask Rara to look back on her music endeavours so far, there is no hesitation in her words when she reveals that her start in the music industry was by chance. “It didn’t happen on purpose and it wasn’t planned at all. In fact, when I was back in university, I didn’t believe I had any talent in music. I was more interested in academia or activism.”

Rara’s “accidental” presence in music could be traced back to her early twenties in a little heritage city called Bandung. When she was pursuing her bachelor’s degree in Parahyangan Catholic University, she and then-university friend Ananda Badudu formed an indie-pop duo Banda Neira—whose name was inspired by The Isle of Banda Neira in Central Maluku, infamous for being the location of exile for political rebels during the Dutch occupation. “It was really just a fad project,” Rara chuckles. “I didn’t expect our music would resonate with the public, so I never put serious thought into establishing a career in music. I completely just went with the flow.”

Regardless of Rara’s humility—or more accurately, youthful impulsiveness—Banda Neira managed to become one of the pioneering acts that introduced Bandung folk acoustic music to a widening group of audience, stretching to young listeners in particular. Five years after the duo’s disbandment, their music still attracts at least 450 thousand monthly listeners on Spotify alone—with their signature song “Yang Patah Tumbuh, Yang Hilang Berganti” (“What Breaks Grows, What Loses Mends”) accumulating at least 33 million plays. Her follow-up project—this time a trio called Daramuda alongside her fellow indie veterans Danilla Riyadi and Sandrayati Fay—was another success story that, according to Rara, was far from being intentional. “I was supposed to contribute one or maybe two songs [for Daramuda], but then, things kind of snowballed,” she laughs.

Eventually, her stint in music turned into less of a whooping achievement and more of a dilemma. Precisely after Banda Neira disbanded in 2016, Rara experienced what she describes as “a psychological collision”: “Back then, I thought I had only two options: leaving music entirely to focus on my passion or staying in music as a solo act. I was struggling with my own thoughts for a very long time.” The predicament stems from her “all or nothing” approach to every path she picks for herself. As Rara worked on new music with Daramuda, she admits that at that point, “I was still nowhere close to a decision!”

After years of soul-searching, Rara finally found her “A-ha!” moment in late 2019—in the form of a very simple, yet sturdy realisation. “I came to realise that I couldn’t live without creating music,” she declares. “I thought I could revert into being just a music lover, but when I find myself in the most defining moments of my life, I just have to pick up my guitar and start writing. Perhaps everything that has happened in my past has moulded me into who I am right now, and I should never deny that.”

Her renewed commitment to music was sealed in quite a dramatic, Athenian fashion: by rebirthing herself as a musical persona named Hara. “I had always wanted to have a stage name,” says Rara. “I’m juggling a lot of professions. I’m dabbling in education, photography, and music. For the latter, I wanted it to have its own ark so that it could sail away [so to speak].”

The stage name “hara”, as it turns out, stems from Rara’s love for gardening. “For me, gardening has become a part of my identity. One of the most important elements of gardening is how to restore ‘unsur hara’ [in English meaning “nutrients”] to the soil. Such element is essential to ensure good harvesting. Since I use that word all the time, eventually ‘hara’ grew on me!” she laughs.  “Also, I learned that in the Japanese language, ‘hara’ means belly and I think it encapsulates how I see this stage name as my rebirth.”

Her “rebirth” as Hara kicked off when she released her rendition of “Ati Bolong” in late October 2020—a traditional Javanese ballad popularised by wayang suket puppeteer from Tegal, the late Ki Slamet Gundono. The song also marks Rara’s first foray into the ethnic and traditional genre.

In her previous works (as Banda Neira and Daramuda), her music embraces the nuances of 70s era folk and neoclassic. But she also names post-rock, ambient and traditional music as the other genres she wished to explore in her musical career. With the release of “Ati Bolong”, she recognises that the song might come off as “rather spooky” to listeners who are unfamiliar with the sounds of ethnic music. “However,” she adds, “this song is actually about child-like innocence. When you let go, you shall find the grandness of your life. Songs by Ki Slamet Gundono are so layered, and I remember when I first heard [“Ati Bolong”], I immediately burst into tears.”

Sure enough, her aforementioned music explorations came to full-bodied fruition in the form of Kenduri, a four-track EP that was first released digitally on June 7, 2021. Entirely written and co-produced by Rara herself, the EP’s lyrical theme of nature and preservation is reminiscent of similar, earth-themed albums by the likes of Mort Garson (Mother Earth’s Plantasia, 1976) and Björk (Biophilia, 2011).

What is it about Mother Earth that propelled Rara to make an album inspired by it? Among her pool of passions, gardening is one of the activities that nurtured her love for nature, and down the line, forged a deeper relationship that taught her about the spiritual intricacies of life. “These four songs in Kenduri basically form a short story about my relationship with [Mother Nature].”

The E.P.’s opener, “Tembang Tandur” (“The Gardener’s Song”) is Rara’s “loose interpretation of a gardener’s ritual song as they pray for good harvesting.” However, it doesn’t escape my attention that the way Rara plays around with the lyrics (“The blooming, the withering / The blooming, the withering”), there might contain something deeper to what is otherwise a low-key folk song. “You are right!” she heaps in delight. “The bigger theme is life and death that go hand in hand. Because that’s what I have learned from nature—that every birth will be accompanied by a certain death and that death is necessary to create life.”

The track “Akar Wangi” (“Vetiver”) piqued the biggest curiosity in me. The plant vetiver holds a sacredness in certain Christian cultures, so I couldn’t help but preconceive a religious essence to the song. Additionally, the song’s bleak atmosphere reminds me of another water-themed classic “Bengawan Solo”. Unfortunately, this time around, I stand corrected.

To Rara, it was unsurprisingly the plant’s merit as one of nature’s caretakers for eroding soils that inspired this track. “Vetiver helps resolve droughts, especially when planted around riverbeds. But funny enough, no one seems to appreciate that .” Rara further divulges that the idea of the song came from a dream where she planted the miracle grass in a nearby riverbed. “That and also, I see the practice of planting vetivers as an apology to Mother Earth for all the damages that we have done,” she admits.

As for “Kebun Terakhir” (“The Last Garden”), the track doubles down on the life-and-death cycle that was first introduced in the E.P. ‘s opening act. As the song finds Rara crooning about how “a dying garden is a growing garden”, she learned from her experience tending an actual dying garden that there is no such thing as an absolute death: “When I look at the bigger picture, I find life to be full of contradictions, in the same way, there is still life living even in a dying garden.”

Rara closes her Demeterian chronicle with “Arumdalu” (“Night-blooming Jasmine”). Compared to previous tracks, “Arumdalu” contains the fewest lyrics with a structure not unlike a prayer in which Rara “surrenders her all” to the higher power. “Is everything beyond our control? Yes and no,” she answers, rather cheekily. She refers back to the life lessons she had acquired from spending so much time gardening and caring for her plants to reveal yet another spiritual outtake as if whispered by Mother Nature: “When surrendering isn’t backed by hard work, we are doing a disservice to ourselves. But working beyond our capacity will also hurt us,” she explains. She recapitulates, and to which we can all concur: “There’s a dance between the two!”

While most artists make music to further their career and ambitions, in Rara’s case, Kenduri is so much more than just a start of a brand-new chapter. “I hope this album can voice a celebration and instil a bigger appreciation for life and nature. When people are struggling to find contentment in life, I hope Kenduri can be a companion to help them find such beauty in an unpretentious existence.”