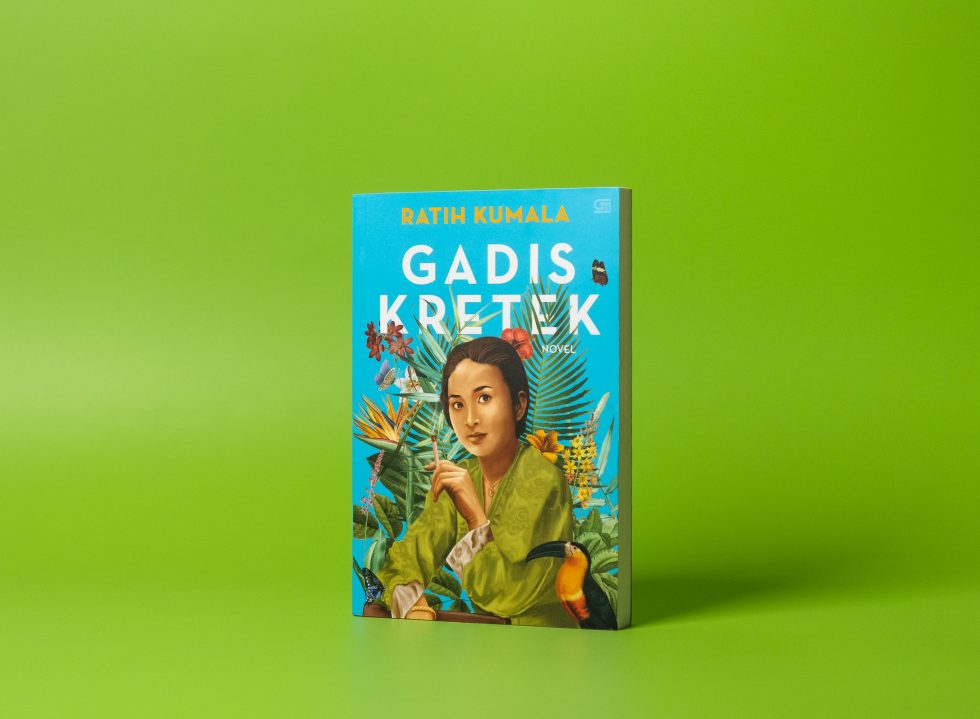 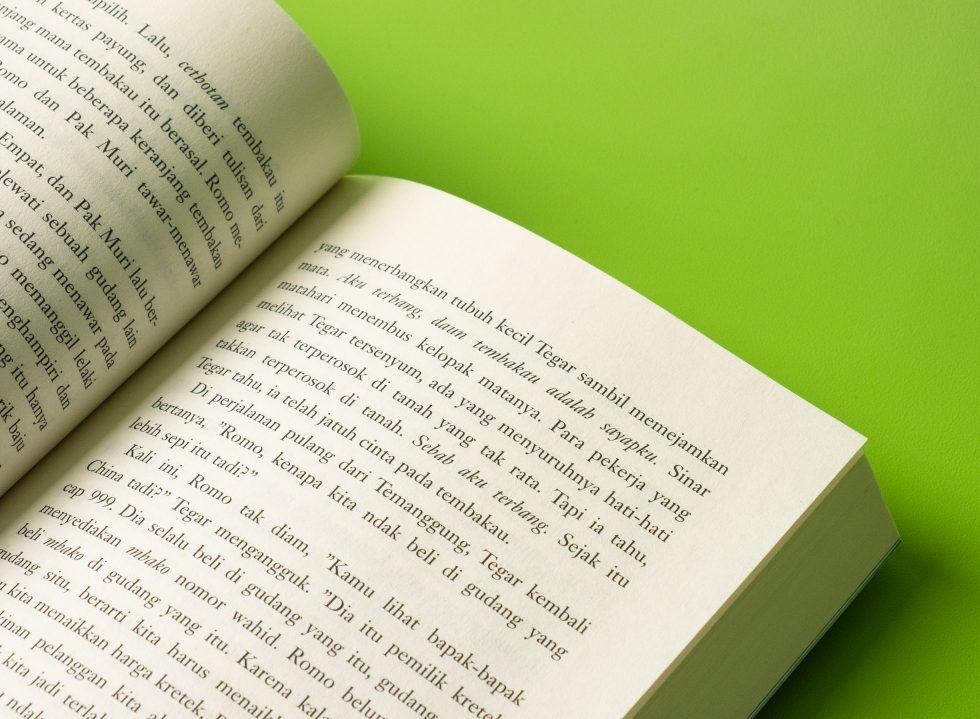 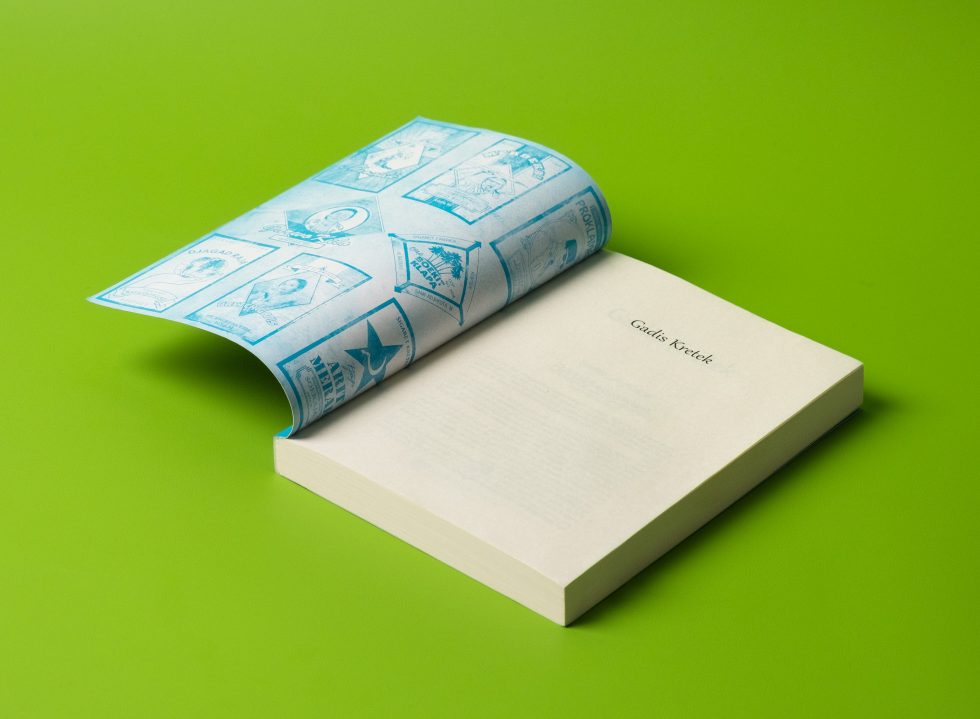 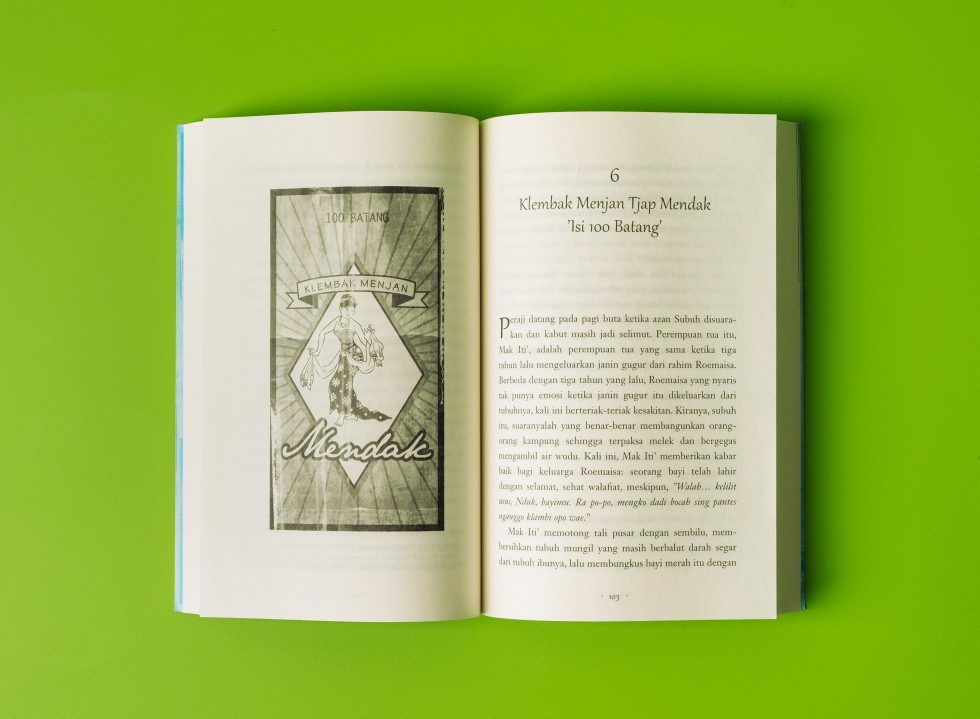 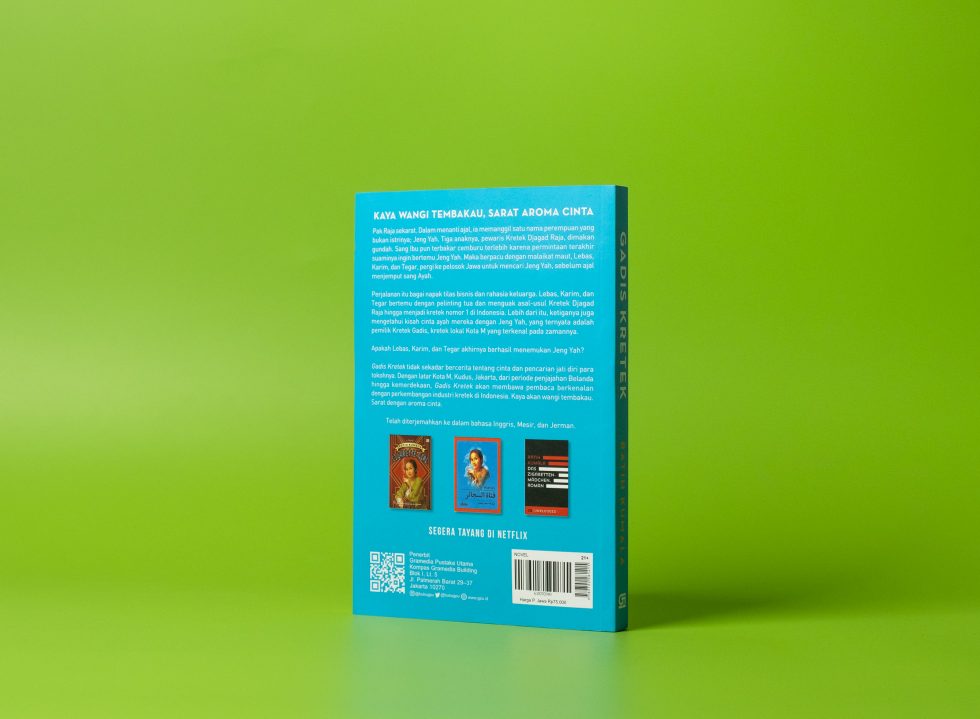 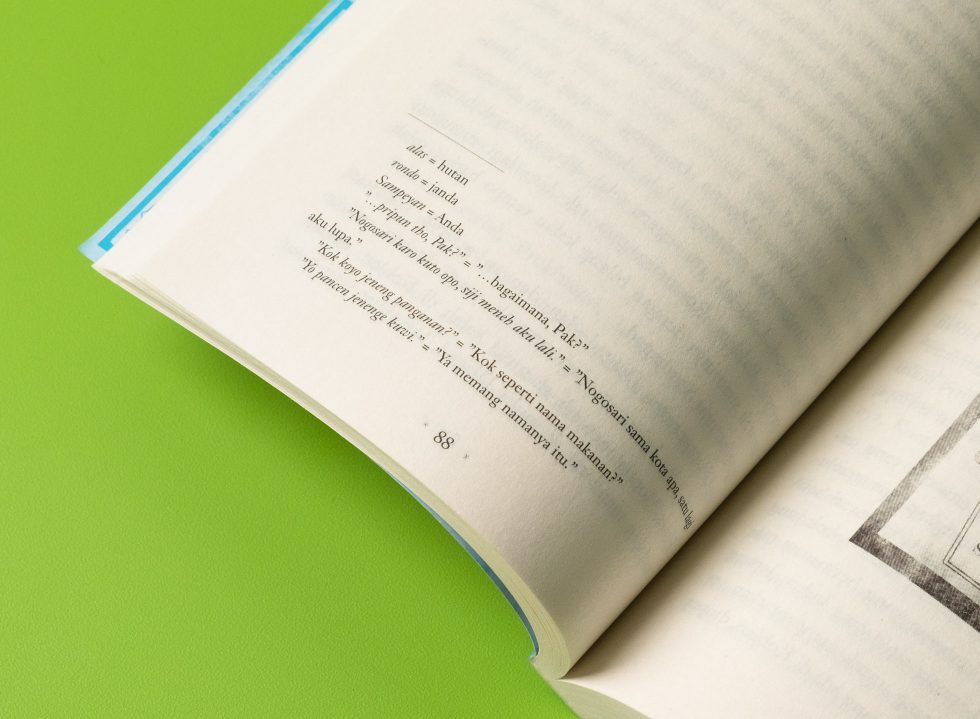 Share
Soon to be brought to screen with a Netflix adaptation, Gadis Kretek by Ratih Kumala captures Indonesia’s obsession with tobacco throughout the country’s tumultuous history, while also uplifting the roles of women in the largely masculine industry.

Against the backdrop of Kudus, the birthplace of the cigarette industry in Indonesia, Gadis Kretek (2012) by Ratih Kumala captures the country’s obsession with tobacco. Seamlessly weaved into the story is Ratih’s thoroughly-researched understanding of the industry and its processes, earning the novel a spot on the shortlist of the Kusala Sastra Khatulistiwa literary award in 2012. And soon, the story will be brought to the screen with a Netflix adaptation starring Dian Sastrowardoyo and Putri Marino, for which Ratih is involved in the scriptwriting process.

Kretek here refers to a specific type of cigarette that originates from Indonesia, a concoction of tobacco, cloves and a special ‘sauce’, rolled with paper. These Javanese cigarette jargons reveal themselves in the story, as Ratih develops a well-plotted narrative that spans three generations of cigarette makers, and by extension, the country’s tumultuous history; from the era of klobot (tobacco rolled in corn husk) and paper-rolled tingwe (or linting dewe), to the present day where the cigarette industry’s influence has become so all-encompassing that it’s financing various cultural sectors in Indonesia.

The tale begins with Suradja, owner of Djagad Raya, a top cigarette company in Ratih’s fictional reality. In his dying state, the man deliriously calls for Jeng Yah, a name unknown to his three sons yet one that elicits a negative reaction from his wife. Curious, the three men went on a journey across Java to find the elusive Jeng Yah before their father passes away.

This transgenerational story goes back and forth in time, capturing the eminent roles of tobacco within Indonesian society; as a currency in jail, as part of an offering used in traditional rituals, as a tool for political propaganda and of course, as a source of income for millions of its people. In fact, more than 30 per cent of Indonesia’s residents are smokers, further signifying tobacco’s importance in the country.

Beyond tobacco, the story of Gadis Kretek is entwined with significant moments in Indonesia’s history. For one, the 1965 massacres play a major part in Suradja and Jeng Yah’s story. These events are part of the country’s dark past with anti-communism, which saw those allegedly affiliated with the Communist Party of Indonesia captured, tortured and even murdered—atrocities that the government has long failed to acknowledge. A number of Indonesian literature over the years have tried to give a platform to this issue, and Ratih’s story is no exception.

The author also succeeded in carving a spot for her female protagonists to shine in the largely masculine industry. In the real world, women are predominantly sidelined to the role of factory workers who manually roll the cigarettes or as mere inspirations for the products. Ratih’s vision positions women in the novel as tastemakers, and even successful business owners. Effectively, Gadis Kretek empowers the women in its stories with a higher purpose, hope and dignity.

Aside from their physical beauty, these female characters are smart, hard-working, resilient and self-reliant. At multiple points in the story, Jeng Yah and her mother Roemaisa showcase these admirable qualities as they overcome multiple obstacles throughout their journey in the cigarette industry. The former manages to grow her father’s business by branching out with her own specific taste and brand of cigarette. And even when her cigarette recipe gets copied, she does not give up.

Despite its fictional tag, Gadis Kretek eloquently informs readers of the love affair and long-standing addiction between Indonesian society and the tobacco industry. Well-researched with an interesting plot, the story also offers insight into one of the darkest times in Indonesian history and reveals its deep resonance in the everyday lives of Indonesians today.

Flipping Pages is a series where we muse on notable literary works that’s worth adding to your reading list.