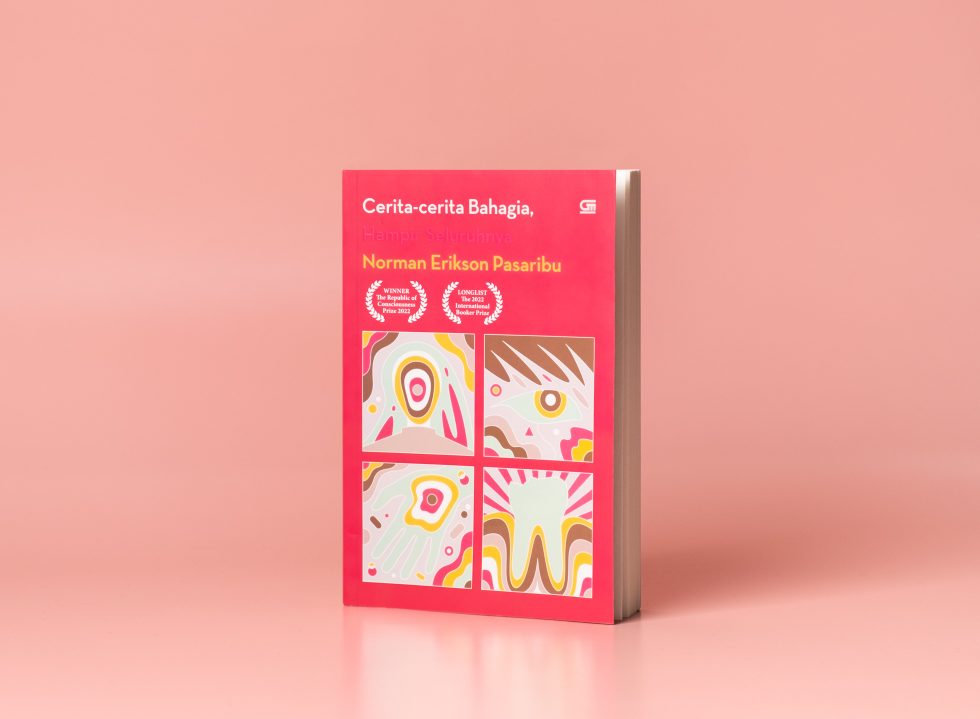 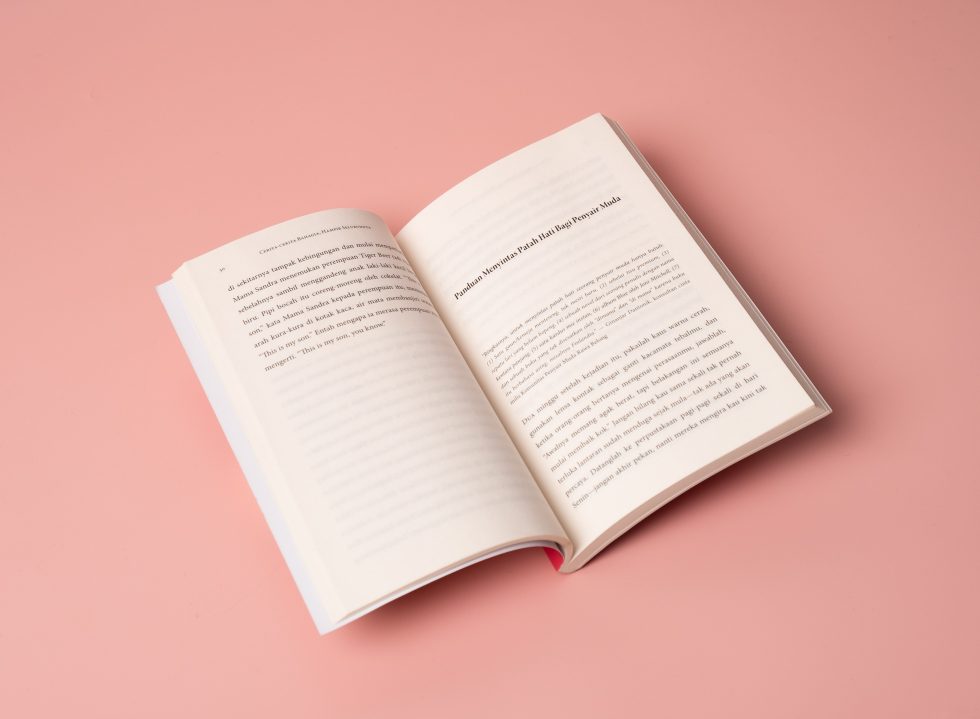 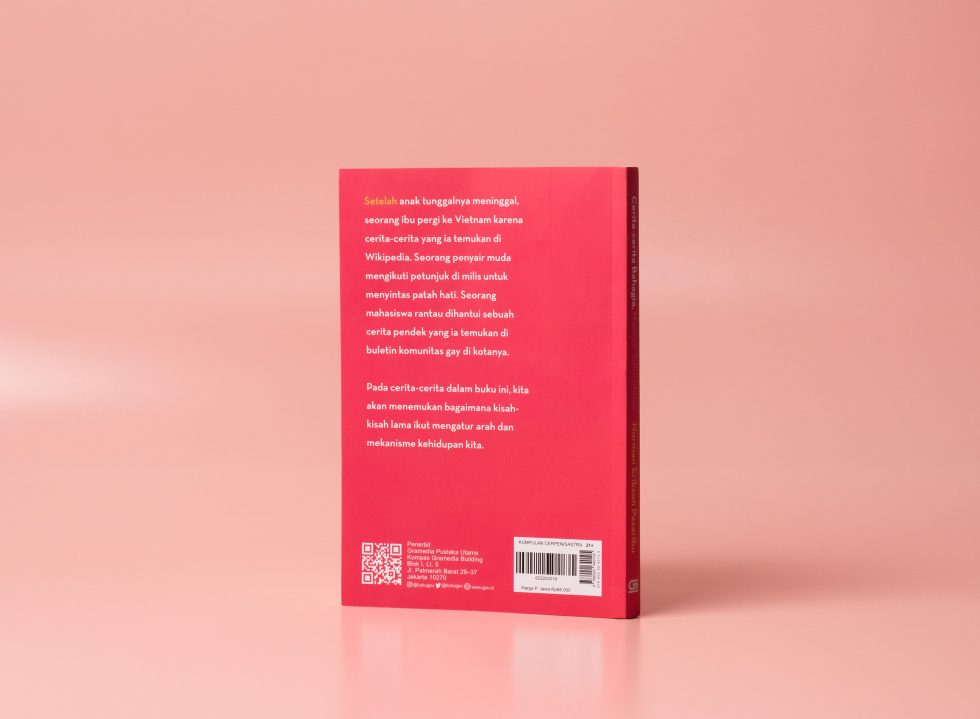 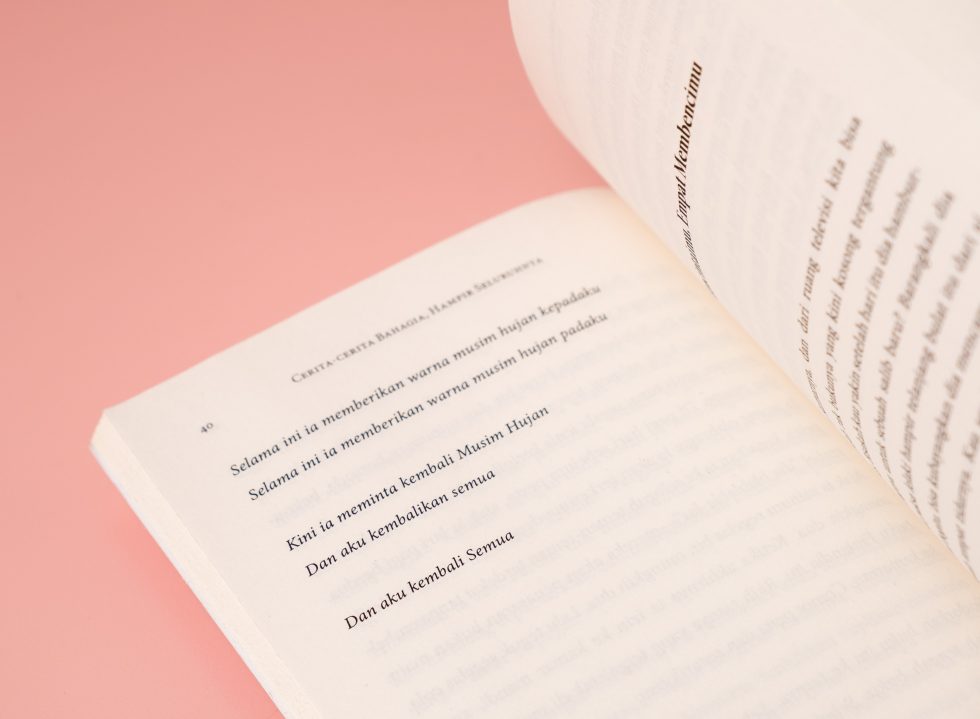 Share
Longlisted for the International Booker Prize 2022, Cerita-Cerita Bahagia, Hampir Seluruhnya by Norman Erikson Pasaribu highlights the experience of Indonesian queers through a collection of engaging short stories that are deeply personal and revealing of the country’s political and religious landscape.

“We queer are always thrown to the hampir, to the almost, and there the idea of happiness turns into the vampir [or vampire],” wrote Norman Erikson Pasaribu about the title of Cerita-cerita Bahagia, Hampir Seluruhnya in its translated version’s author’s note. The Bataknese writer, who goes by they/them, was responding to the general distaste for sad queer stories. “But, let’s be real: can you, as a queer, be happy in the way the heteros are happy in Indonesia?”

Translated into English (Happy Stories, Mostly, 2021) by renowned translator and writer Tiffany Tsao, Norman’s short story collection has won this year’s Republic of Consciousness Prize and was longlisted for the International Booker Prize 2022. It highlights the experience of Indonesian queers—often bittersweet and sometimes painful in an honest and personal depiction of the LGBTQIA+’s marginalised and discriminated existence in the country.

Interestingly, Norman does this by placing queer characters on the margins while cis-gendered and heterosexual characters lead the narrative. Take one of the earlier stories, Siapa Namamu, Sandra? (So What’s Your Name, Sandra?). It follows the grieving process of a woman who just lost her only son to suicide, a loss instigated by her own homophobia and is made more complex by the society around her.

This way of storytelling can be inferred as the author’s interpretation of Simon Weil’s concept of ‘decreation’. Drawing parallels from the idea that God is only indirectly present by way of metaxu—or intermediaries—like culture, Norman’s perspective is indirectly present in the stories by way of queer side characters and/or through the protagonists’ occupation (most of them writers), ethnicity (all Bataknese) as well as their difficult relationship with Christianity.

And there are also unique instances like with Ceritanya (Her Story), in which the protagonist, a lonesome barista with aspirations of becoming a writer and a burgeoning crush for a handsome customer, realises that she herself is a fictional character created by a writer. In this metafiction, Norman provides their narrative through her journey of discovery, where she questions the person and purpose behind her creation.

Going back to Simone Weil’s decreation concept, it is as if these stories act as the metaxu that put their readers in contact with the reality of Indonesian queers and their loved ones. Norman’s stories are deeply personal and grounded in the political and religious landscape of the country that they almost come off as autobiographical, beautifully applying the old adage of “write what you know” to create touching pieces that are fictional yet real in essence.

Unfortunately, as Norman has implied in the author’s note, the reality is quite bleak—though not entirely hopeless. The author offers glimpses of this elusive hope in their prose: some of their queer characters have gained acceptance among their circle, even if the grander context is still marred with homophobia and/or other forms of intolerance. Calling back to the title, they are ‘almost happy’ situations.

It is exemplified in Kisah Sesungguhnya Tentang Lelaki Raksasa (The True Story of the Story of the Giant). The story positions its two queer characters in contrastingly different arcs: one is showered with acceptance from his family, while the other, lacking the same support, remains closeted and wounds up committing suicide—showcasing the diverse experiences and realities queer individuals face.

In a society that has yet to embrace queerness, Norman handles the subject poignantly and injects thoughtfulness into the stories. At once heartrending and critical in the way they poke at internal biases, these stories connect into a chain that can easily rope its readers into a binge, backed by lively and poetic metaphors as well as engaging characters.

But while Norman may have set out to highlight the queer experience, Cerita-cerita Bahagia, Hampir Seluruhnya has grown beyond just that. Ultimately, it is a tale of the Indonesian people; of the intricacies of their culture and their connection with one another, of the society and how it treats its minorities. A tale that connects with its readers, whether local, international, queer or straight.