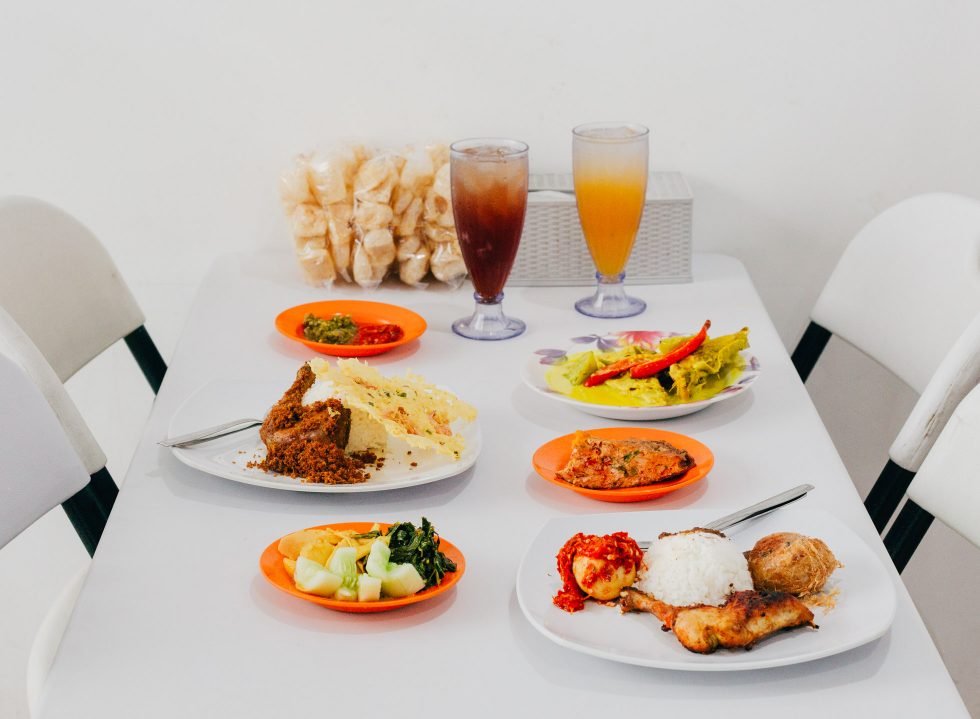 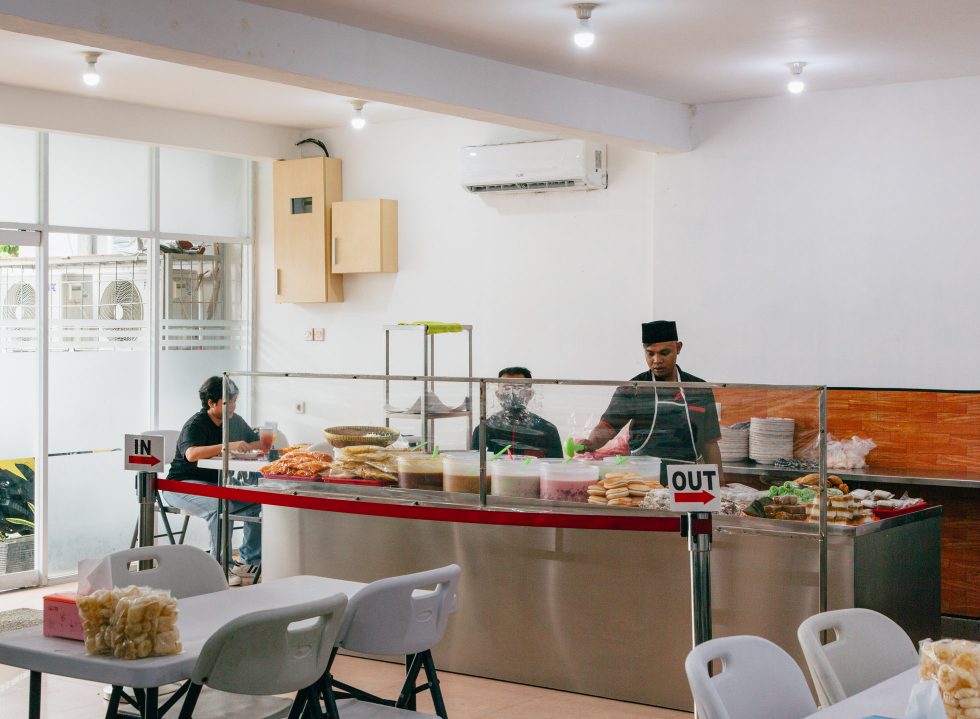 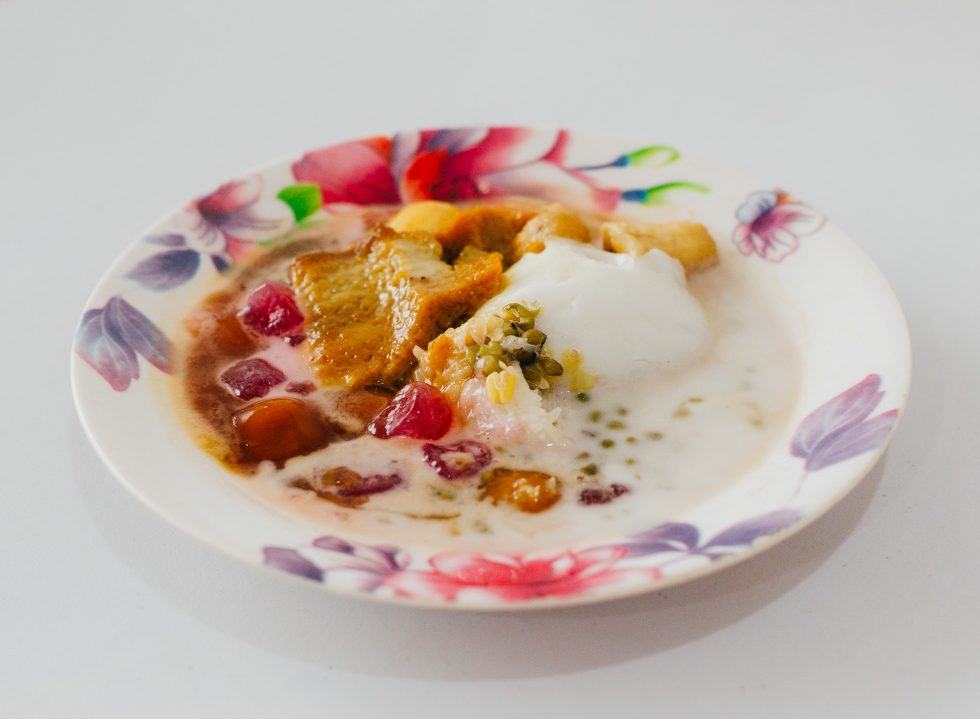 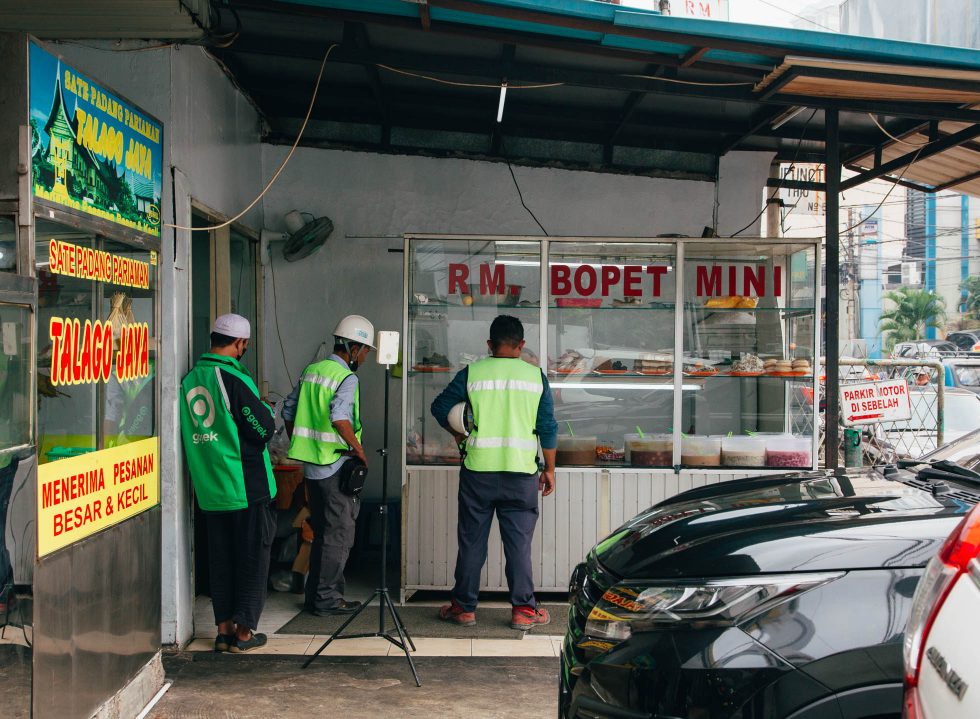 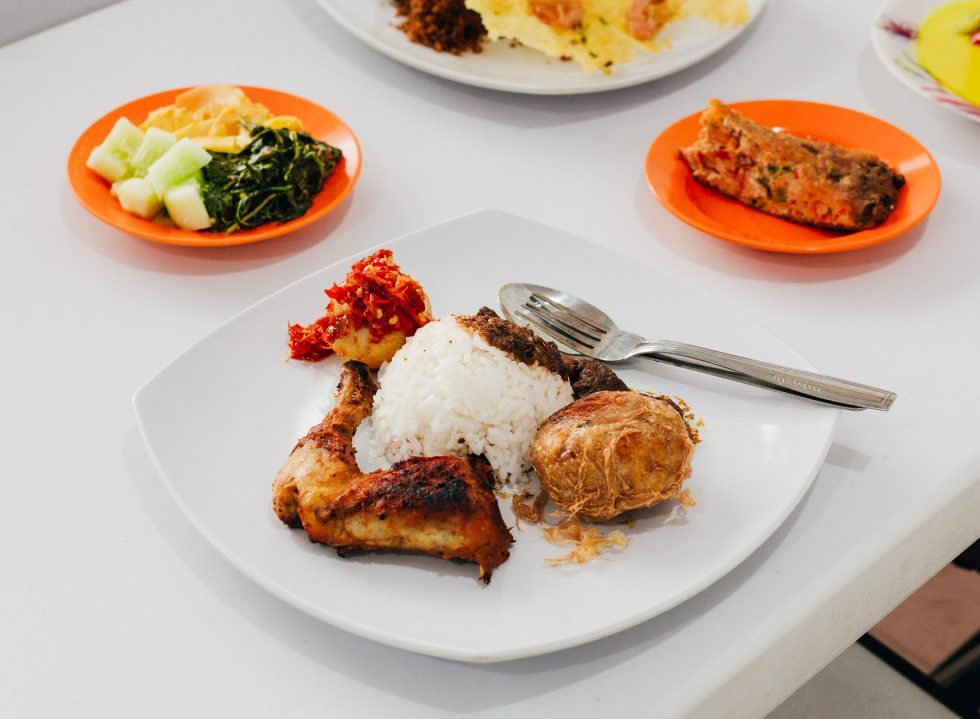 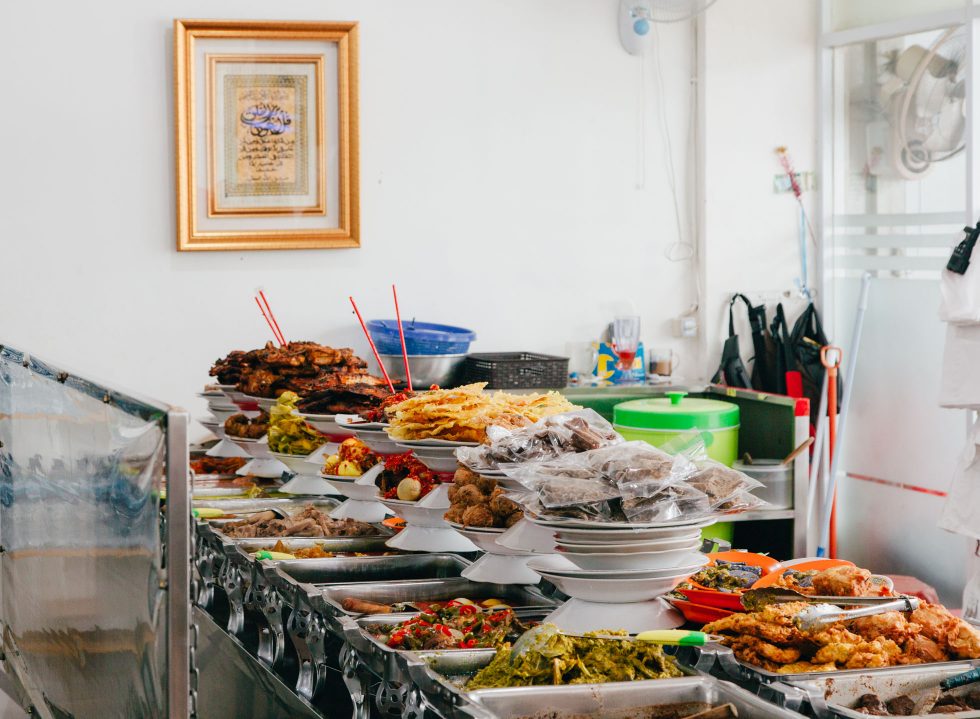 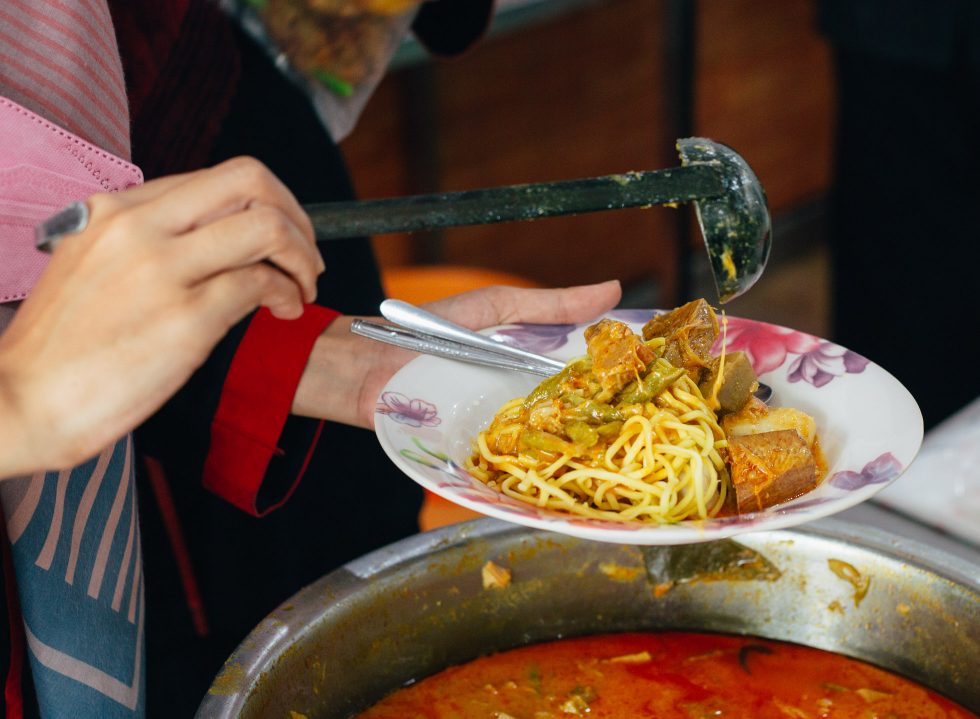 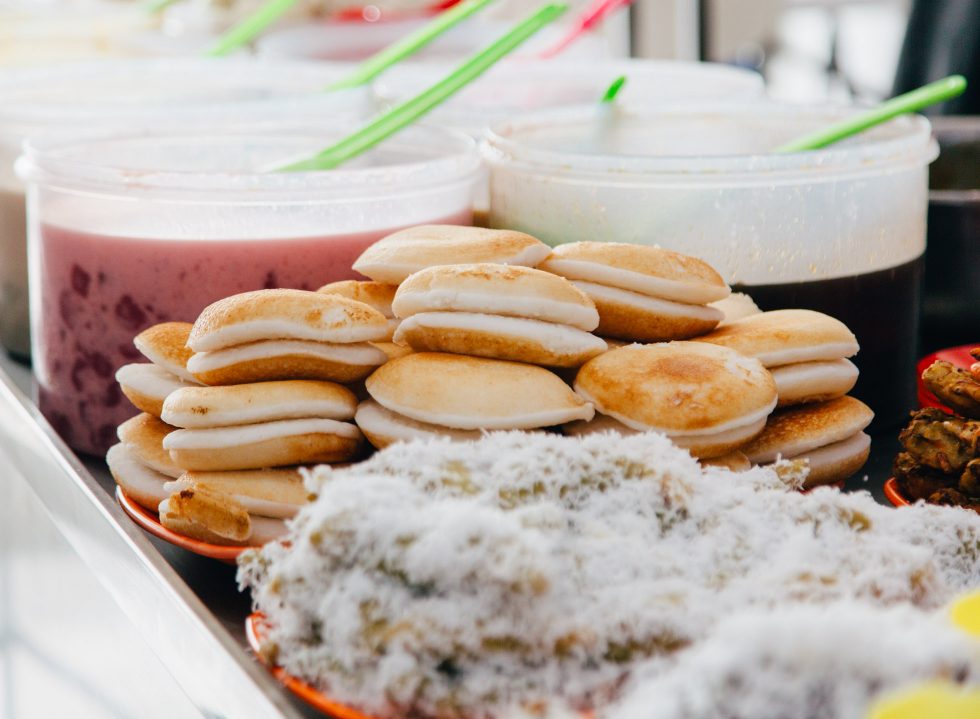 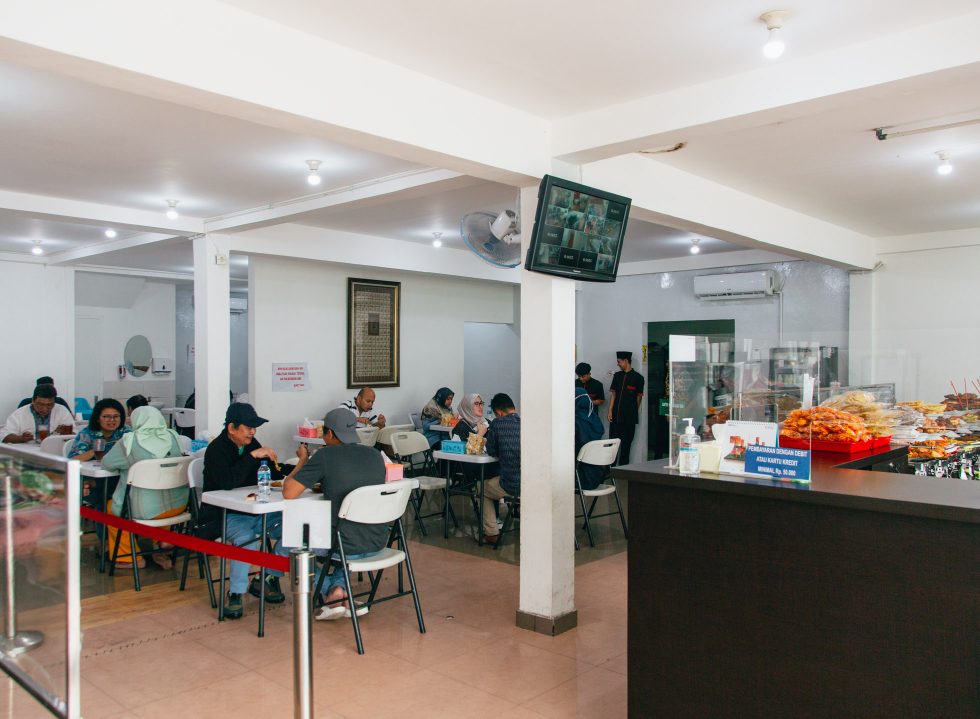 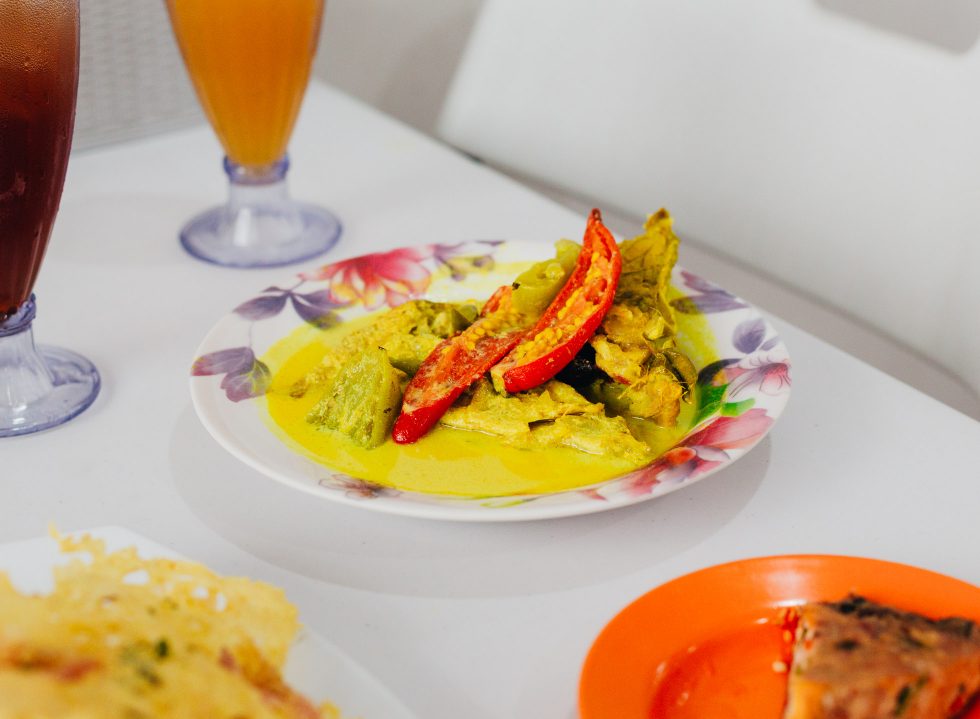 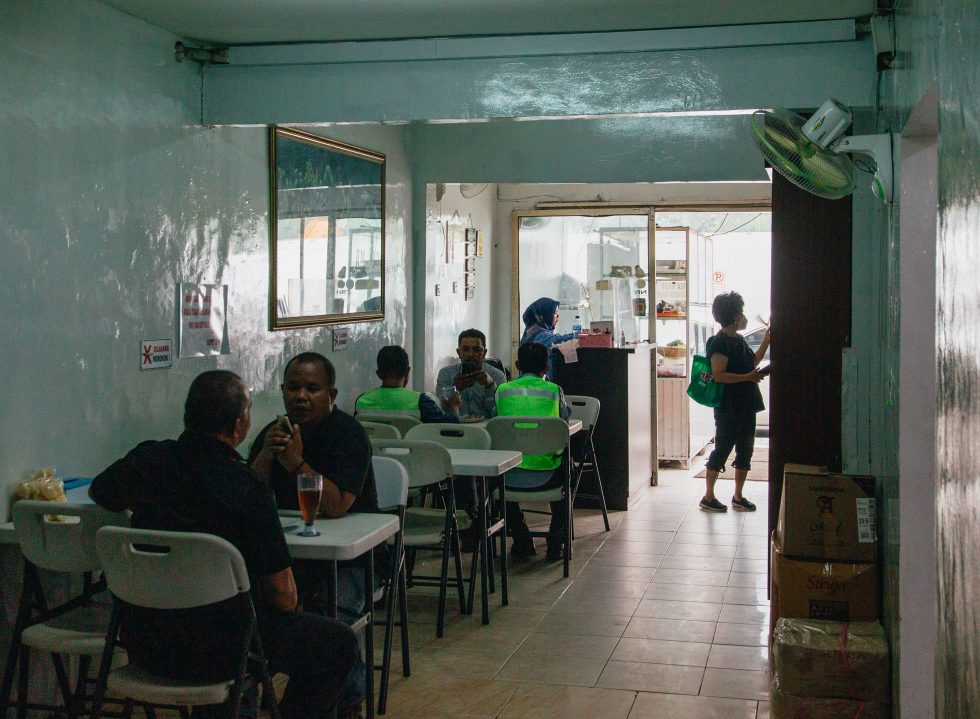 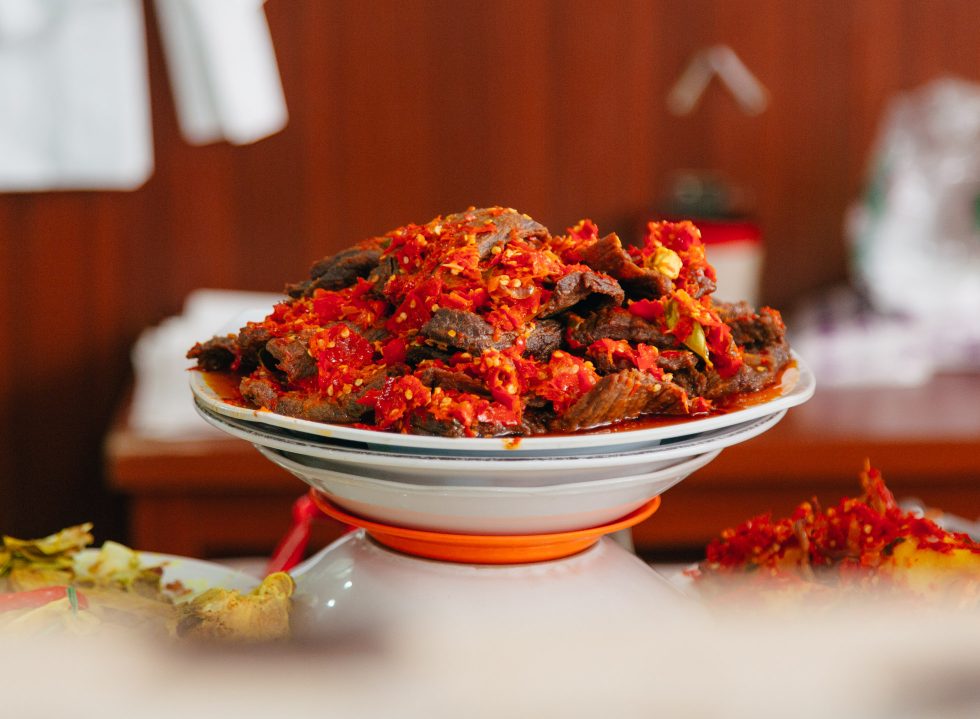 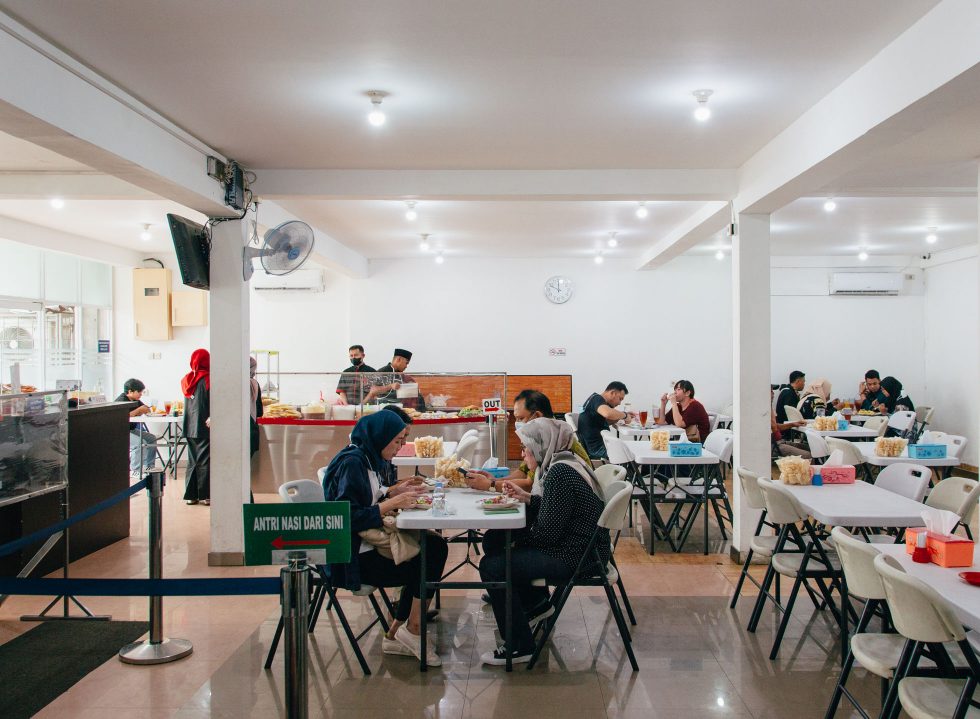 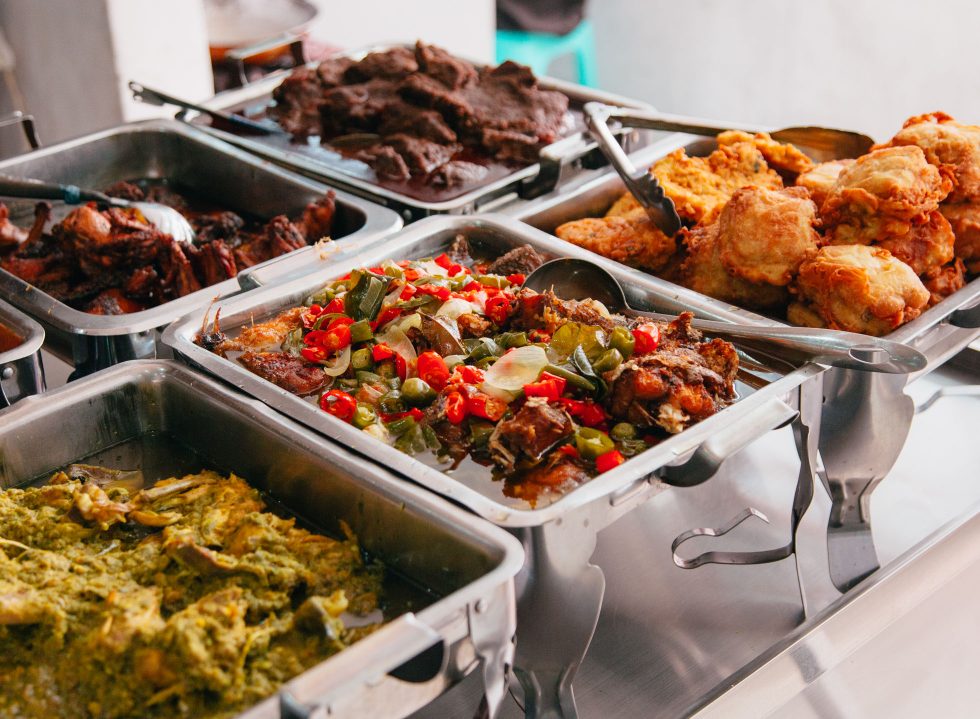 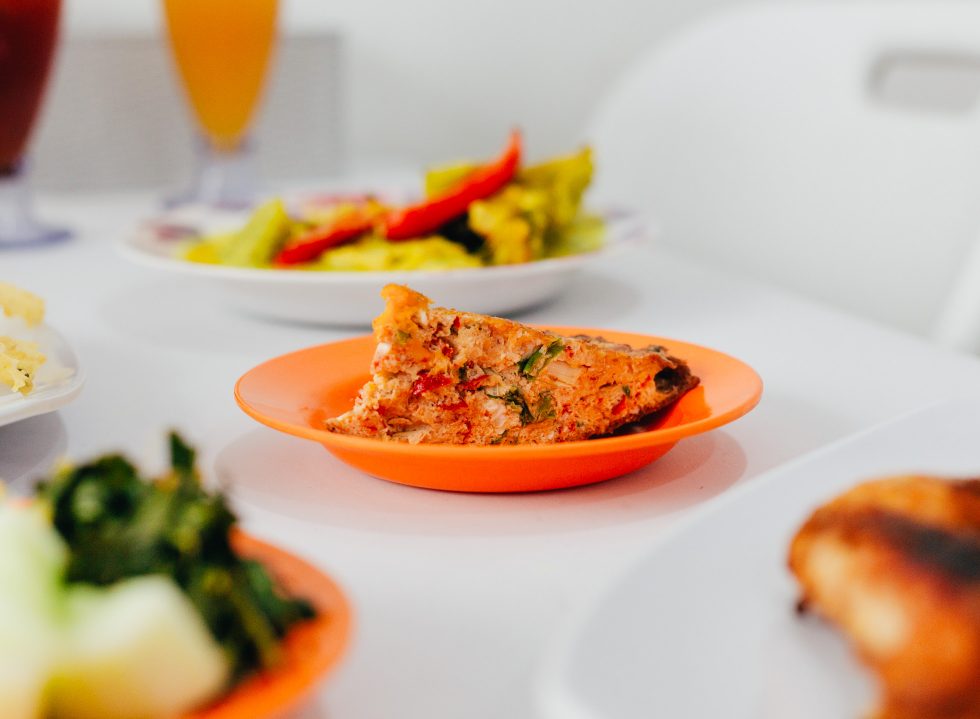 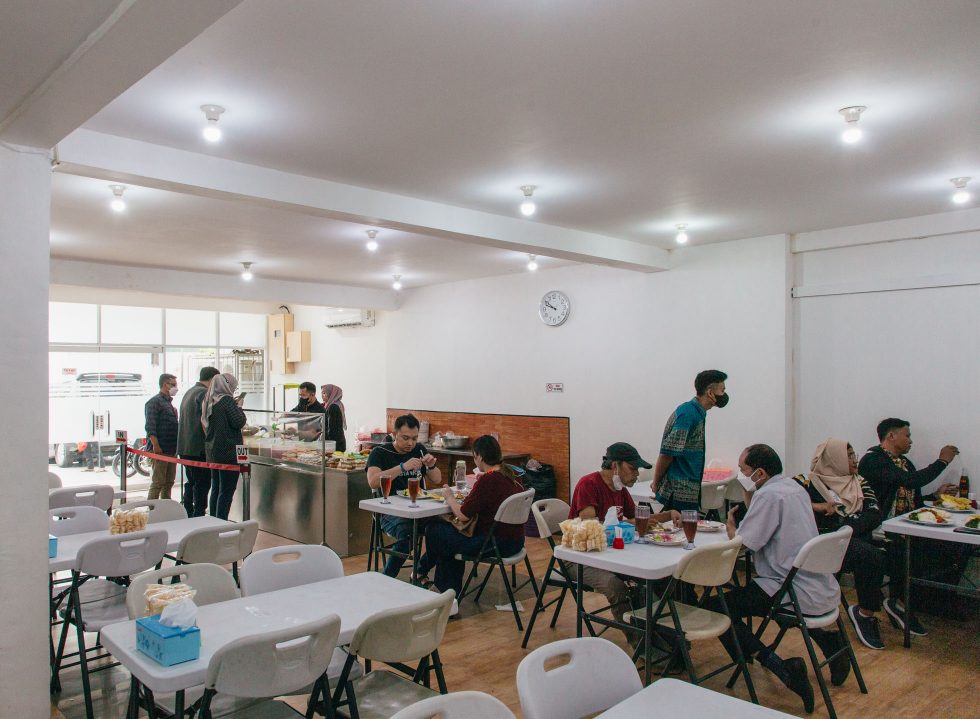 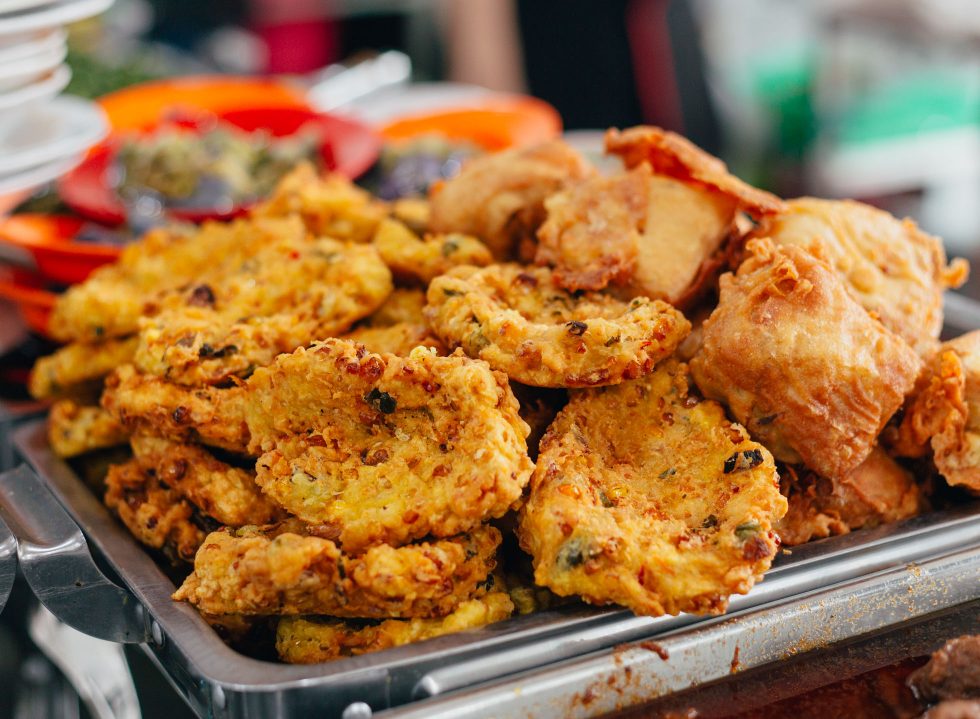 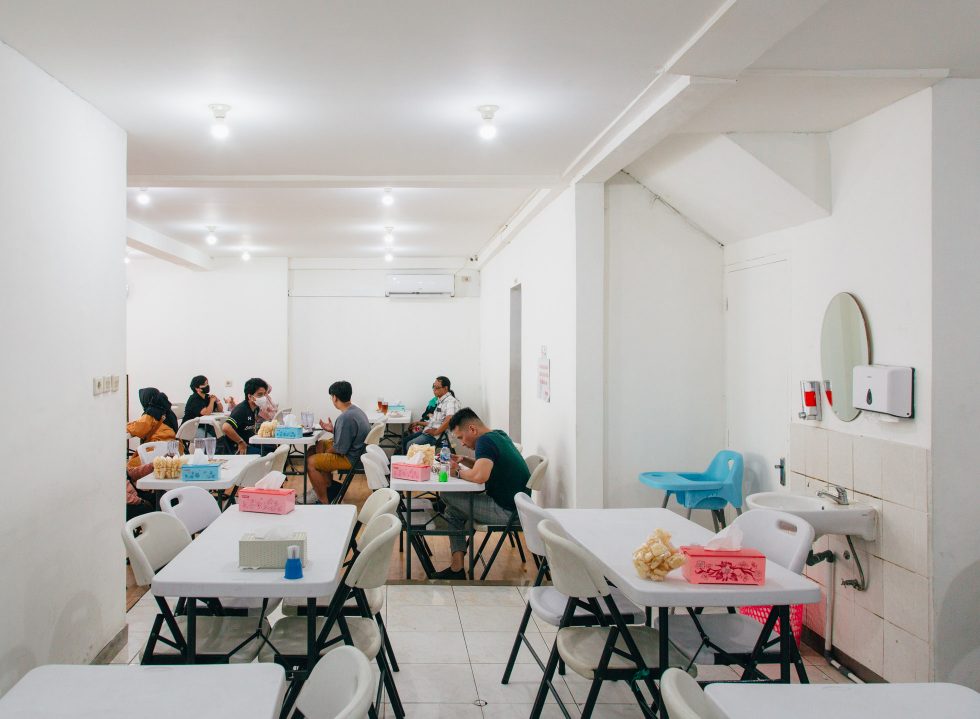 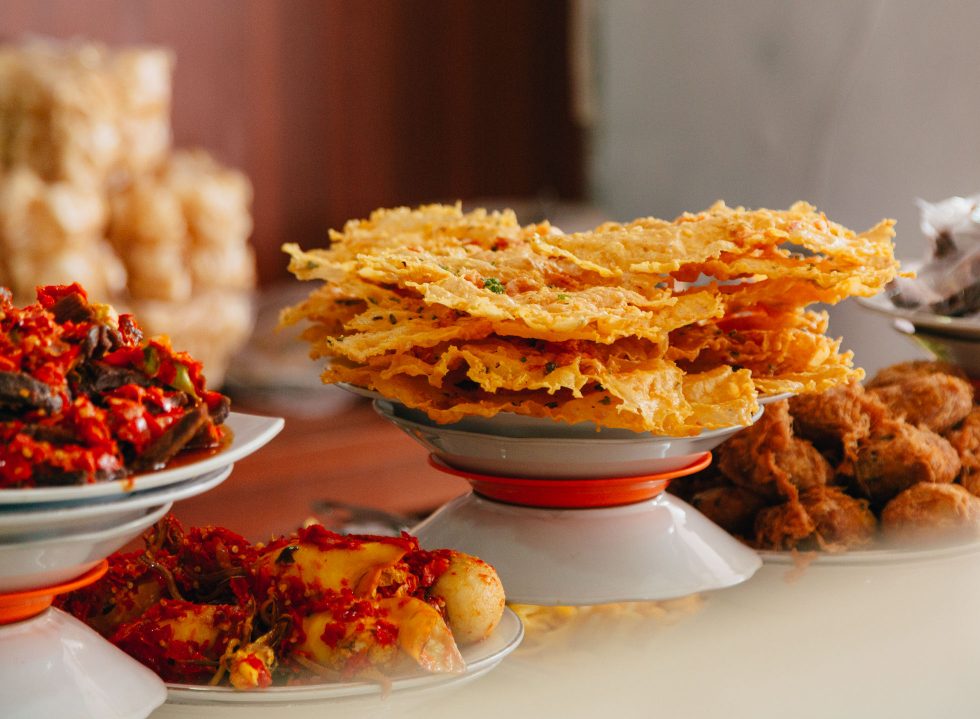 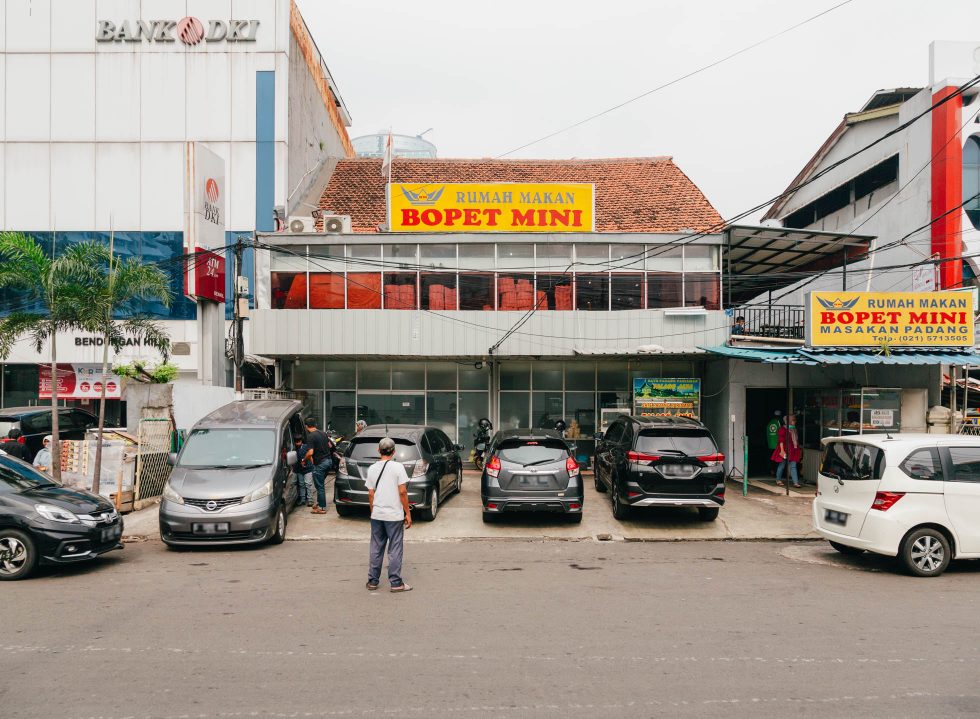 Share
Since 1982, Bopet Mini has secured itself as one of the most well-loved West Sumatran eateries in the metropole. From a tiny room in Pasar Benhil to a two-story building less than a kilometre away, it evolved from serving a compact selection of breakfast items like the famous bubur kampiun to a bountiful offering of classic rice companions.
Bopet Mini
Jalan Bendungan Hilir No.Kav. 1A
Central Jakarta
Price
Open
Mon-Fri
7am-9.30pm
Sat
7am-7pm
Sun
7am-9.30pm
Cuisine
Indonesian
Features
Air-Conditioned
All-Day Breakfast
Contact
t. 0815-8677-6685

Anybody who has spent enough time in Jakarta would know how easy it is to find a West Sumatran eatery—or restoran Padang, as it is commonly known—in the city. So it’s understandable that some might mistake Bopet Mini in Bendungan Hilir to be yet another one of those run-of-the-mill eateries, but despite its unassumingly down-to-earth appearance, that couldn’t be further from the truth.

It all began in 1982 in Pasar Benhil, Bendungan Hilir’s traditional market. The late founder Refmaningsih was faced with a choice: leave Jakarta and go back to her village in Batusangkar, West Sumatra or stay and work to support her husband amidst his declining financial situation. She chose the latter, opening up a tiny eatery in a four-square-metre room in the same market as her husband’s imported homewares store. Equipped with only a simple L-shaped table, the eatery offered a compact selection of West Sumatran breakfast food. She named her small shop Bopet Mini.

Today, the eatery is well-known for having almost every dish from West Sumatra in its repertoire, and its presence has since become a passed-down knowledge among many Minang, or West Sumatran, families in the city. Gone is the ‘mini’ aspect to its name as the eatery currently takes up a wide two-story building less than a kilometre away from its old home, where rows of white plastic tables and chairs seat unceasing droves of customers on a daily basis. The lunch crowd in particular can form a line that snakes through the rooms, leaving behind only a fraction of the bountiful offerings when they’re done.

Among these, perhaps the aforementioned bubur kampiun showcases Refmaningsih’s culinary flair best. Going beyond the established recipe, her sweet porridge mixture boasts a combination of sticky rice, mung bean porridge, rice pudding, candil (sweet sticky rice balls), cubes of tapioca pearls, kolak pisang (banana in sweet coconut milk sauce) as well as sarikaya or sugar-apple jam. At first, the clashing of flavours might sound overwhelming, but the sweetness of the ingredients delightfully balances each other out, and to this day, the dish remains one of the biggest pulls of the eatery.

There’s also the matter of honesty. “Our mother taught us to only give others food that we like, be it in terms of gift or what we serve to our customers. That means making sure the ingredients are up to standard and keeping recipes unadulterated even as prices rise. Every morning, we also check the taste, texture and colours of every dish we serve to make sure nothing is amiss,” shared Rina, Refmaningsih’s youngest.

And yet for all the efforts the team puts in, prices remain affordable to maintain the trust and patronage of their long-standing regulars. Through word-of-mouth, its fame has crossed the borders of Jakarta, attracting diners from Bandung and Surabaya all the way to the Indonesian diaspora community in Tokyo. Even West Sumatran locals look forward to sampling the eatery’s specials during visits to the capital city.

It just goes to show that, beyond visual frills, good food remains the biggest appeal to a decent eatery, and Bopet Mini checked that box long ago. 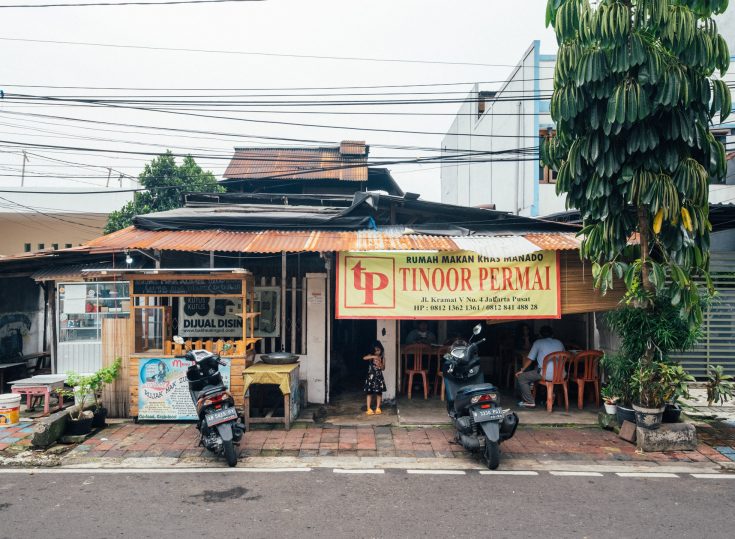 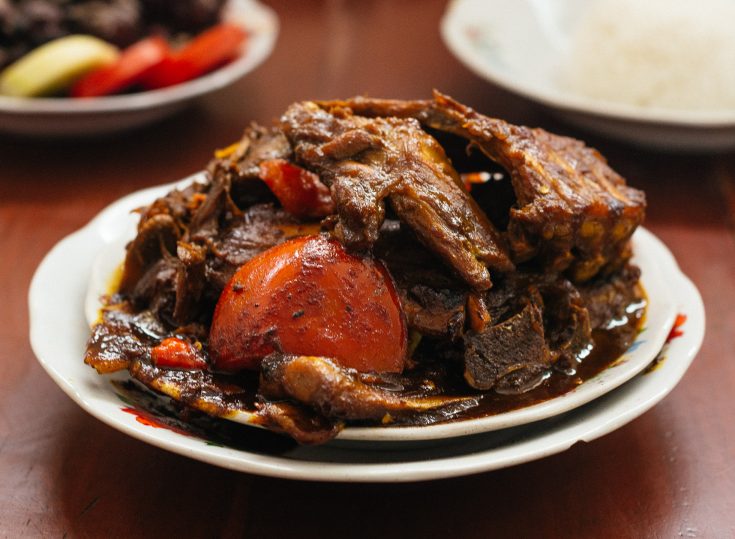 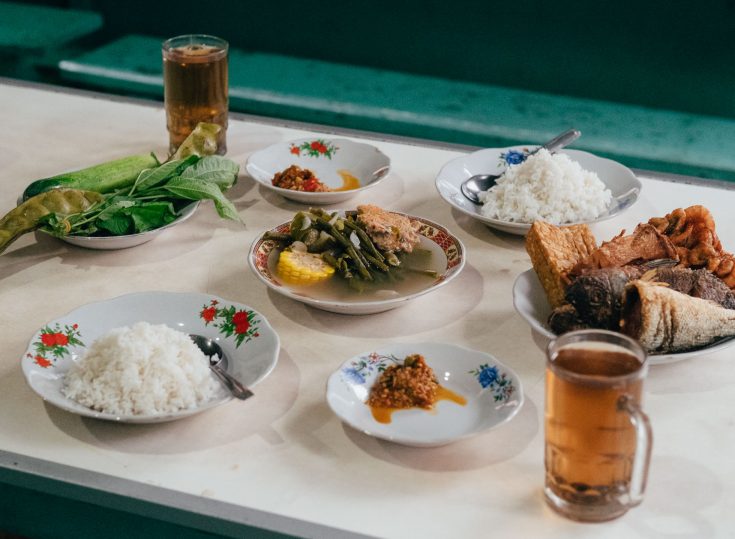