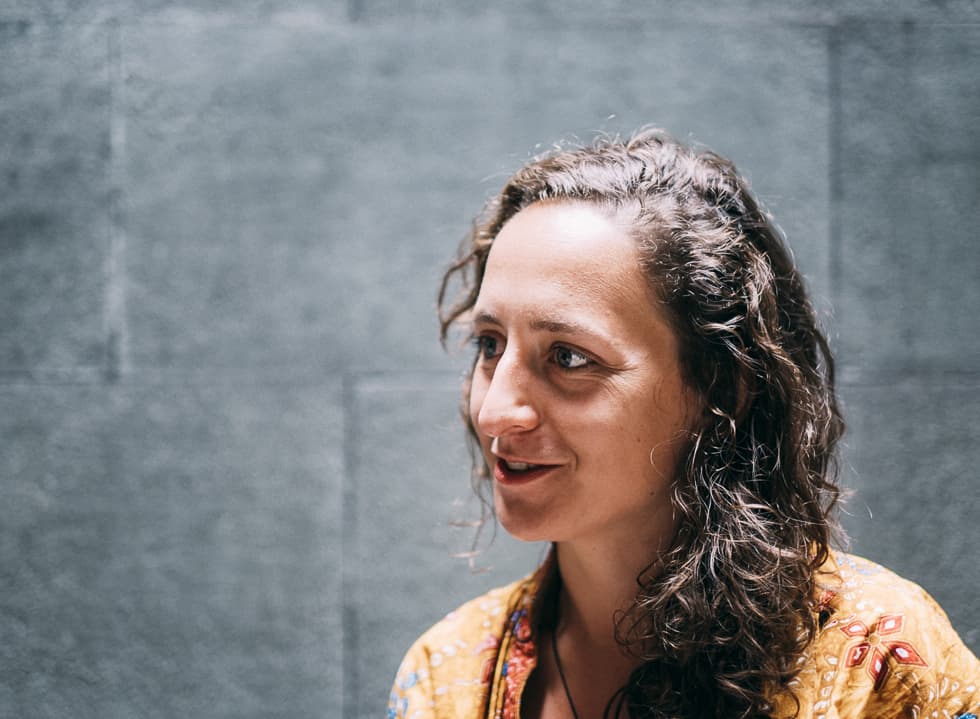 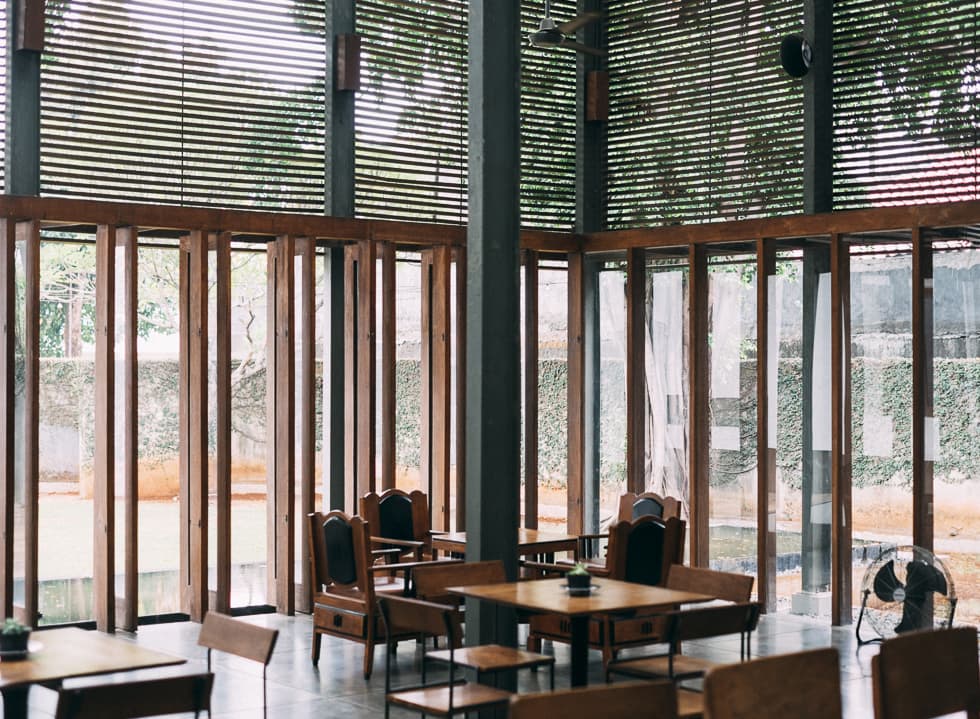 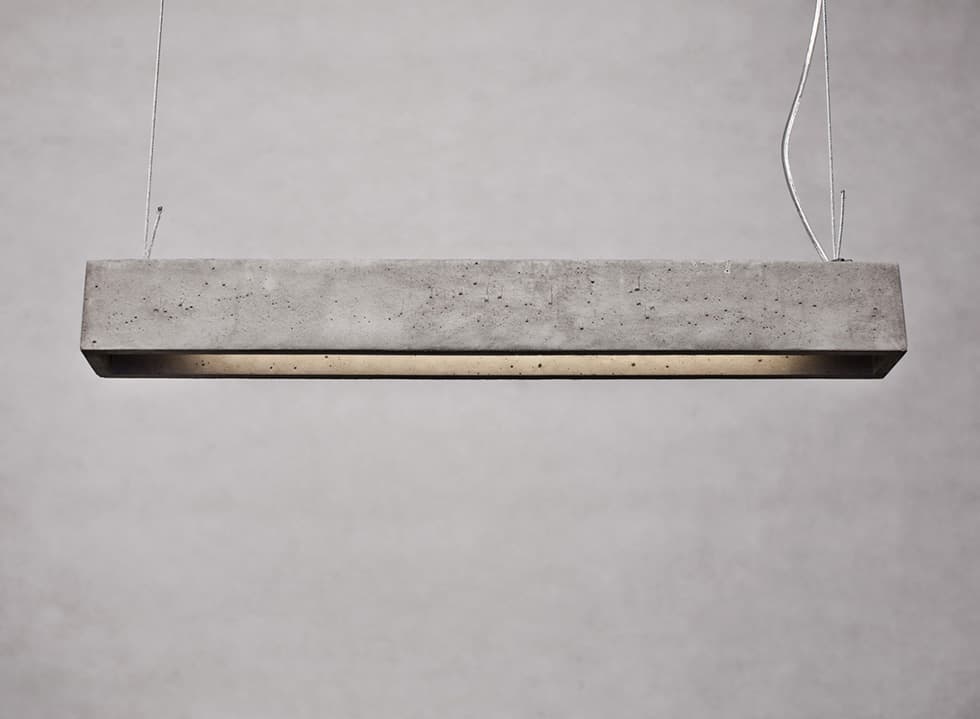 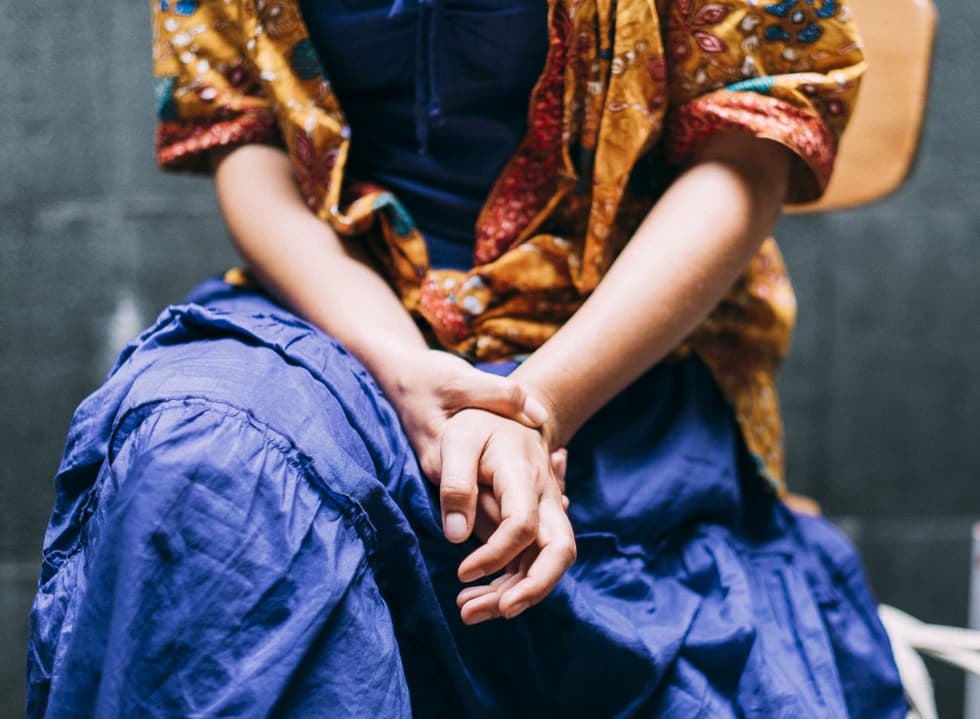 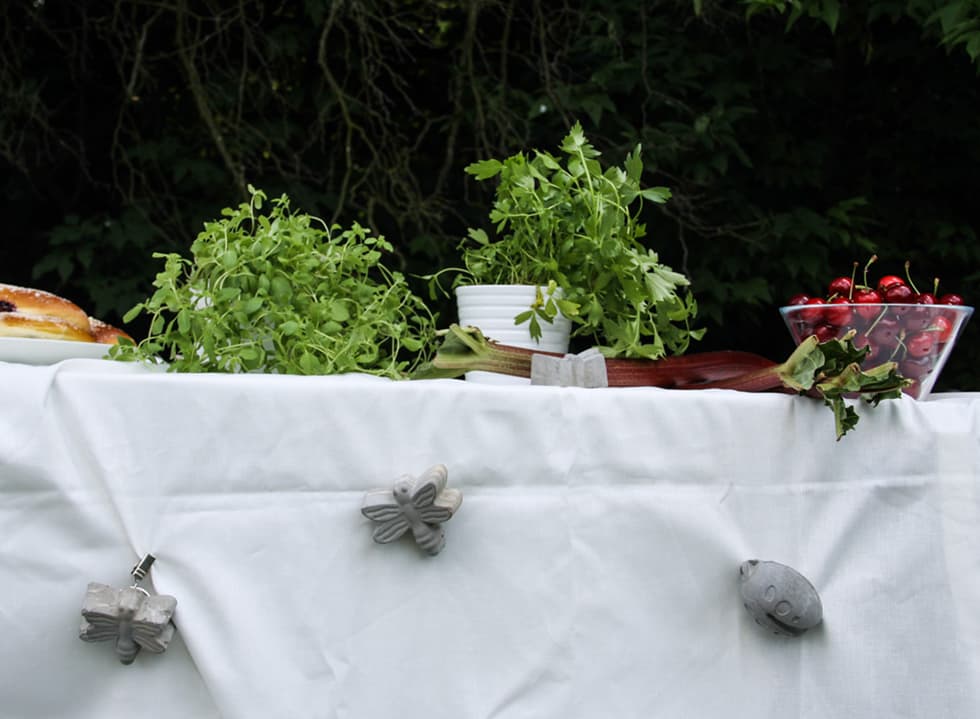 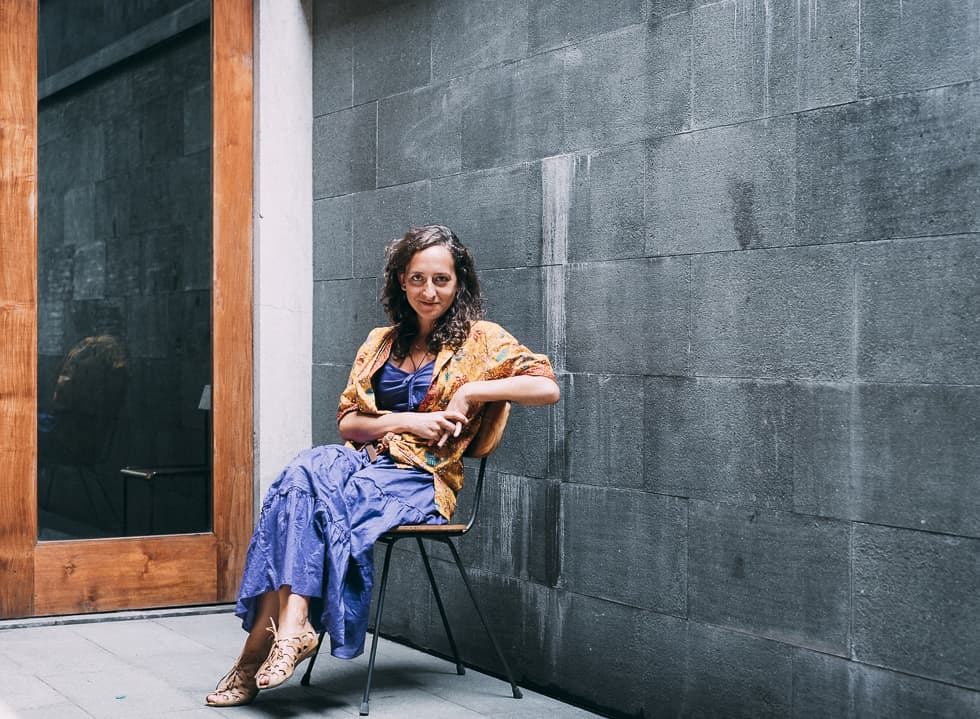 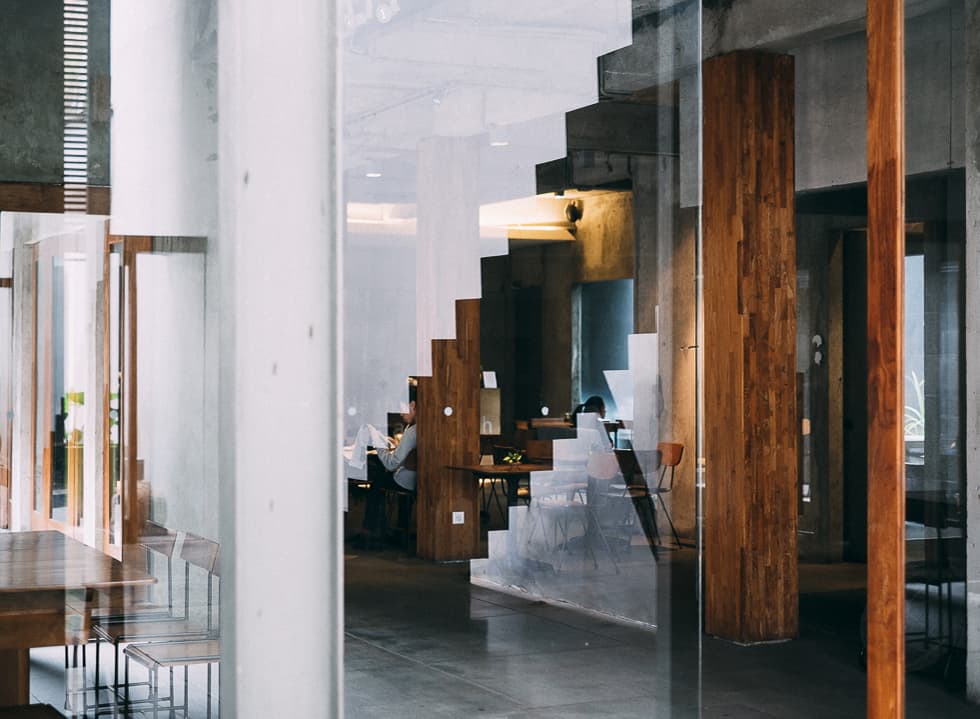 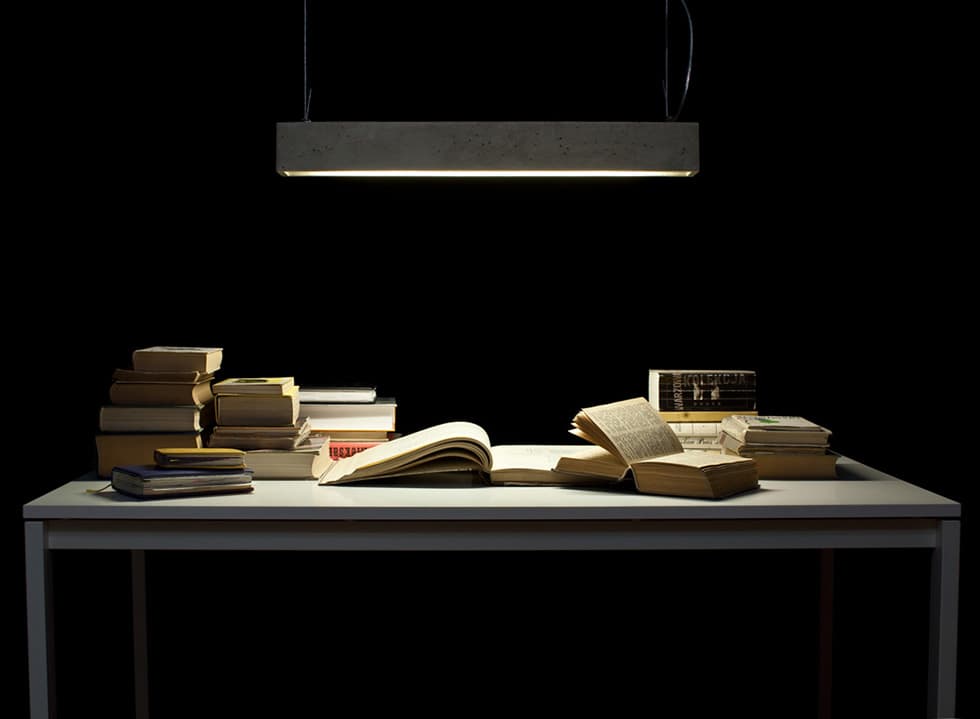 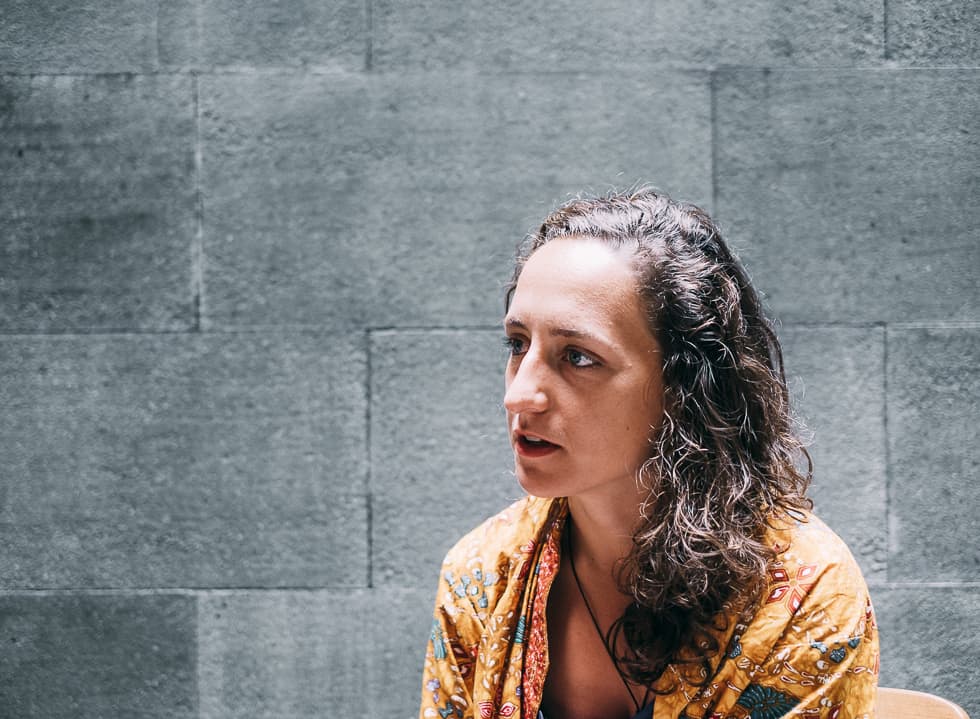 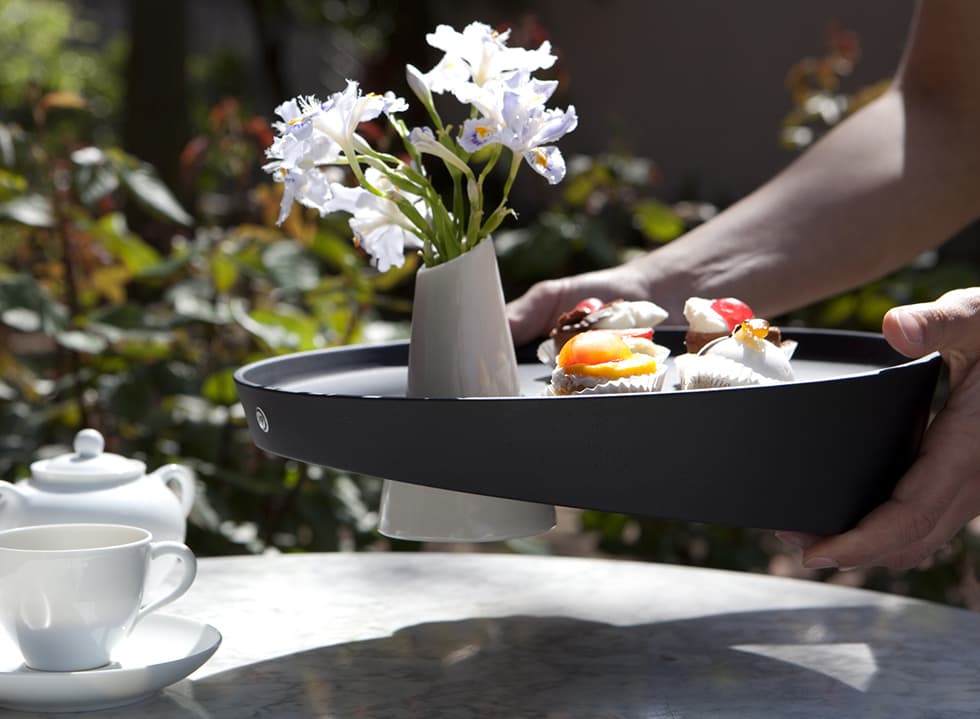 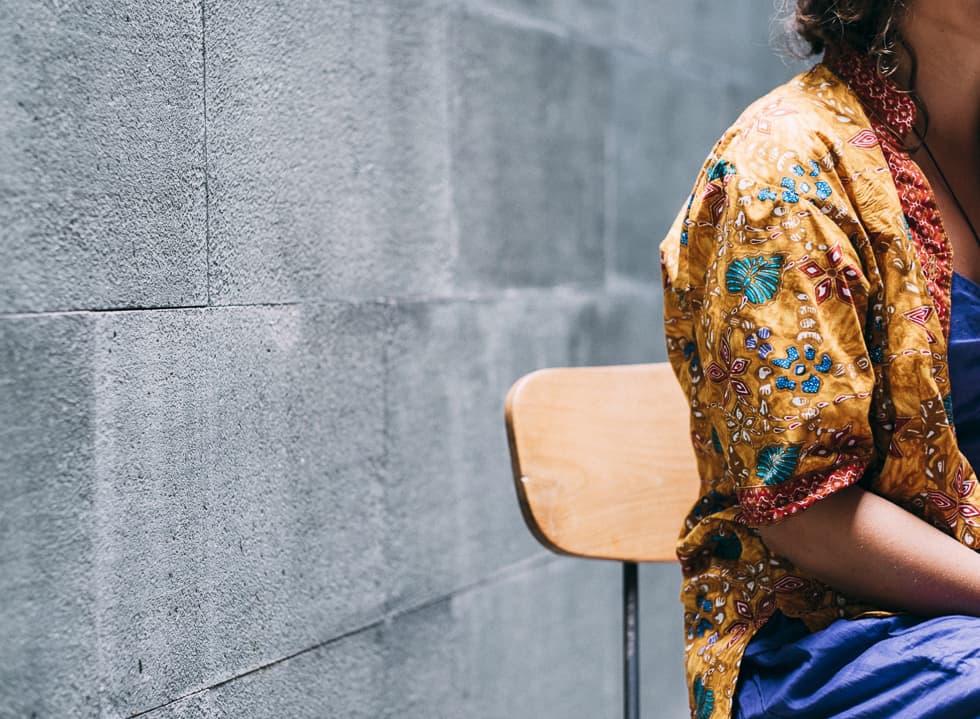 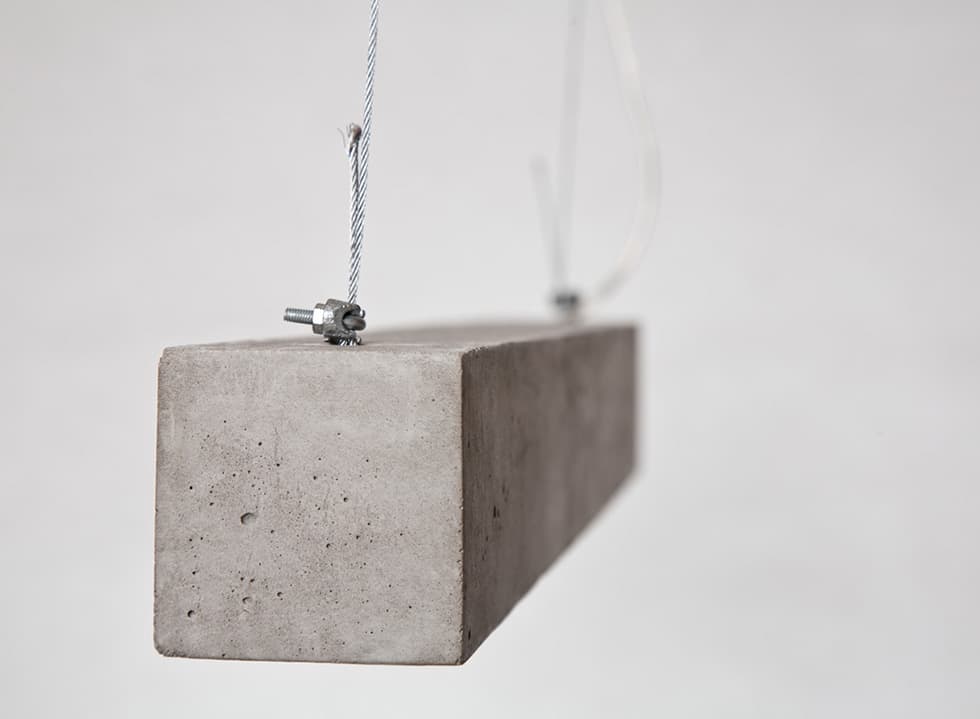 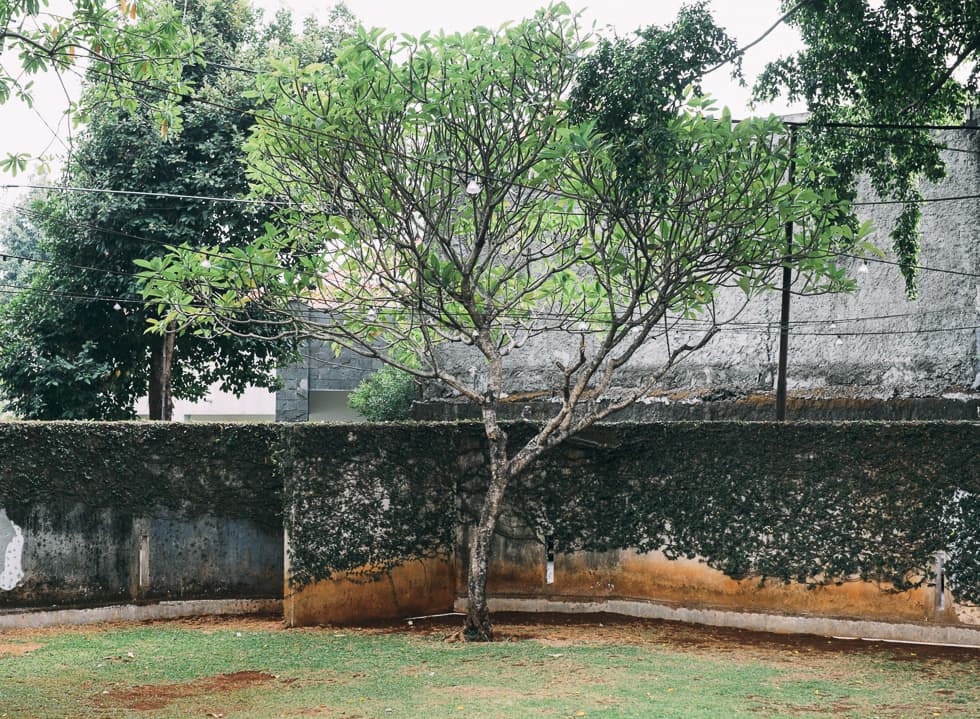 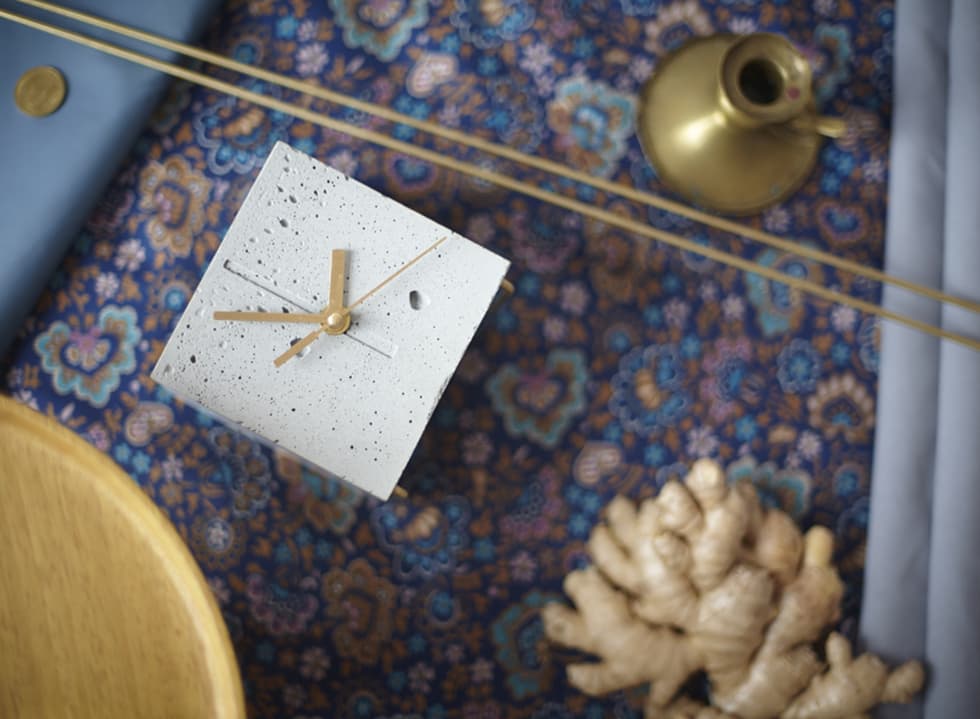 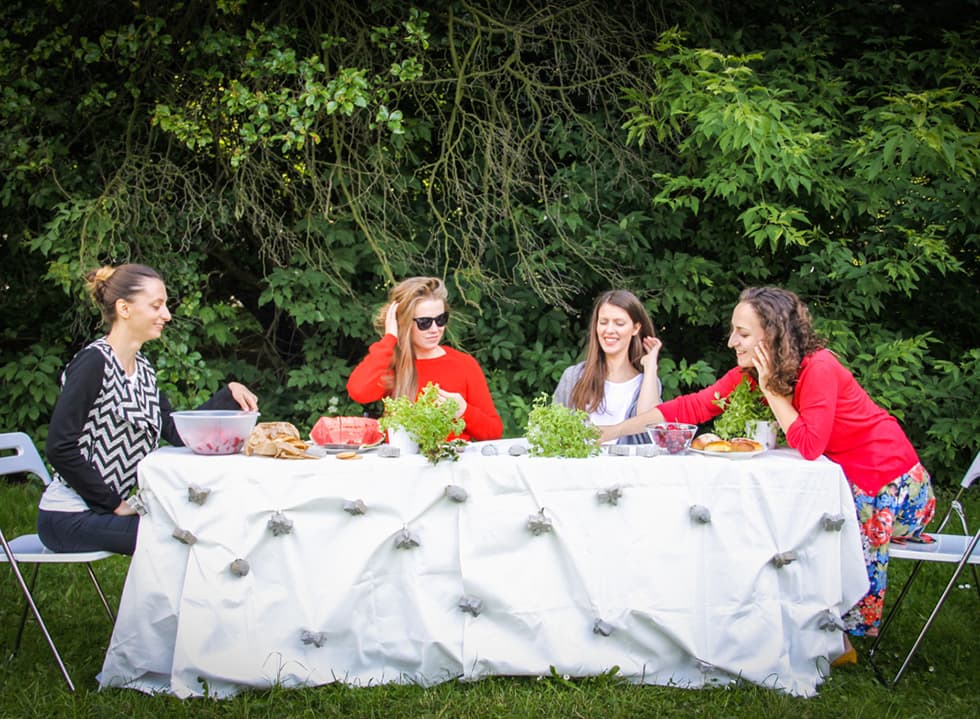 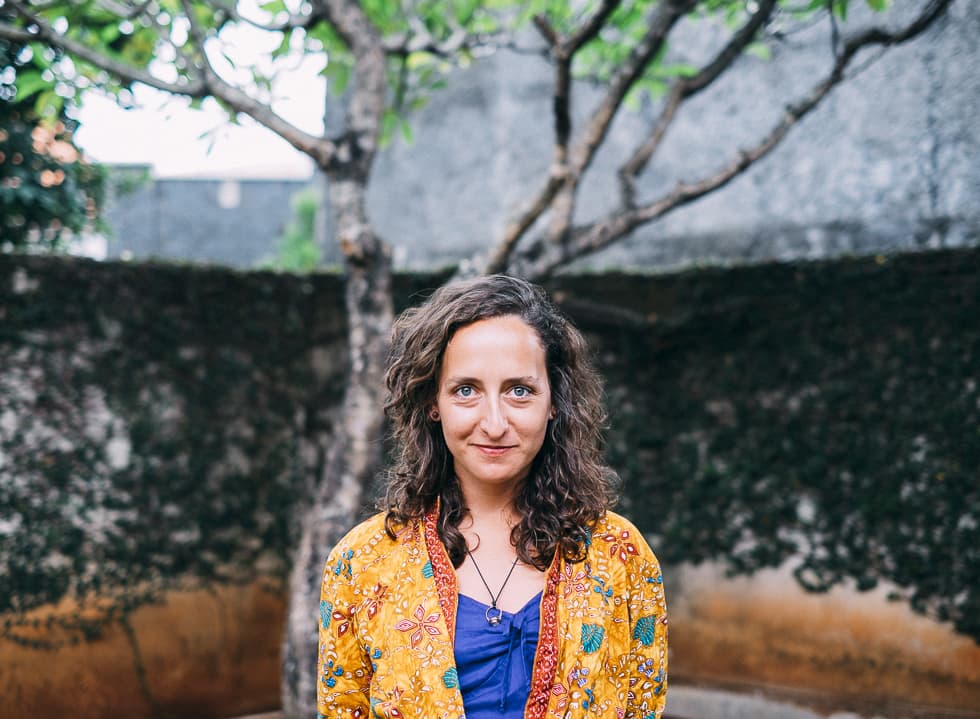 Share
We had the chance to chat with Anna Szuflicka, an emerging Polish designer, who was in Jakarta for "Polish Design in the Middle of" exhibition in Dia.Lo.Gue Artspace last month.

After the end of communist ruling in Poland, the country has transformed into a fertile landscape for the creative industry to flourish, which brings us to ‘Polish Design in the Middle of’, an exhibition that showcased works by Polish designers in Dia.Lo.Gue Artspace just last month. The exhibition provided an insight to the recent direction Polish design currently undergoes, where it supported fresh ideas by young innovative Polish designers.

Although two weeks have passed since the exhibition closed its curtains, we had the opportunity to chat with Anna Szuflicka, a product and interior designer, who came as a special guest for the exhibition in Dia.Lo.Gue Artspace. Szuflicka focuses her works on creating timeless creations that incorporate concrete as her main medium. The end result is a simple yet eye-catching and impactful piece of work in muted colours that harmonised into its surroundings with ease.

We talked to Szuflicka about her creative process, Polish design scene in the ’60s and why she loves concrete more than anything else.

How did your interest toward design come about?

It wasn’t something I planned to do. A lot of things happened just like that. I always like to draw, ever since in high school, and I like to make some experiments as well. I was looking for what to do in my life during high school, looking for directions, and then I finally chose to study interior design. There was a time when I wonder, about architecture but I was into interior design more because I thought it would be less technical.

Then, when I was in university, we study about furniture design. It was during that time when I first made furniture. But it wasn’t really a furniture. (Laughs). And I realised when I made those furniture, it brought me a lot of fun. The way I could experiment with the form of the products for instance – it was really great that I could have the chance to do it. I was making just a kind of chair from a very cheap material to enforce the philosophy of recycling. And I got a lot of material from around my own house. I tried to do some experiments like changing the form a lot of times, and it really brought me a lot of joy.

And that was when you find that you wanted to become a furniture designer?

It was a really long process, but I realised there was a passion involved in it that has helped me to enjoy every process. I just felt I must do it. I think that was the moment when I find it is something that I really like. If my life would go in a good direction and I had the opportunity to choose, I would like to do this (furniture design).

But you were initially an interior designer. What was it like during the first years of becoming a furniture designer?

There is always the moment when you supposed to know how to work something out – but you don’t have any experience. That’s why it was hard in the beginning. But when I was studying, I was working in a company. And I came to realise that working in the office and making hundreds of drawings don’t bring me joy.

Because of that, I decided to do something for my house after work. I made a lamp (which was presented in Dia.Lo.Gue Artspace in the exhibition) during that period. Well, the lamp was supposed to be simply “a lamp above my dining table”. I didn’t plan to produce nor sell it. However, people like it and they asked me about where could they buy it.

I have a friend who is a constructor, so I asked his help to find good material to make my products safer to be used and better in terms of construction. After that, I found a factory to produce them, which just translates my products – one product after another. And now, I’m making some products as well for other companies. So I find everything that causes me to become a furniture designer develops all not too quickly, but it goes to a good direction. It just happens like that. It wasn’t like I was sitting down at my home and suddenly “Okay I want to be a product designer!” Everything just went naturally, and turns out that people like my products.

You’re focusing on specific medium like concrete when making your furniture. Why does the medium interest you that much?

I first decided to work with concrete when making the lamp, because I find that this material is unpredictable. It means each piece is different – like how it depends on temperature, ways of concrete vibration and also combination of some materials. And each of the final product is different. The customers who come to my workshop has various preferences when choosing my concrete product, for instance someone choose a product that has more holes on its surface because they like it that way. And I couldn’t decide how each product will look like. Every time a product is finished, it’s always a surprise and I like how it feels.

How does concrete affect the values and utility of each product?

Concrete is a kind of material that is not very…well, you couldn’t see it. I don’t know how to explain it. Sometimes when people in the exhibition where I showcase my lamp (the lamp is usually hung over a dining table), they see the light that is projected on the tabletop but they don’t see the lamp and its form. It’s not big, it’s grey, and it blends somehow into the whole room or space.

And also I can feel that sensation in Dia.Lo.Gue (which incorporates a lot of concrete in their space), where we can just feel comfortable and free. Concrete is not like marble – marble is elegant, while concrete is just a material to build the wall and there’s nothing more to say about it. So simple and I like it very much. It’s the kind of material that we can just pass by and not see it. That’s the thing that I really like.

You always put forward simplicity and functionality for each of your products. When you create a product, do you always strive towards these two goals or they just come out naturally during the process?

I try to focus on making the product functional. As for simplicity, I never think about it, I think it just comes out naturally. I like things to be functional and I’m interested on how you can simply see the way something was made just by looking at it.

For example, most part of the construction of my lamp is about the outer part. And you can really see in five seconds how it’s built. It’s not complicated and when something went wrong with it you would know how to fix it. It’s easier to live with that kind of furniture. Easy to make, easy to use, and easy to fix.

In terms of design, who and what have influenced your work?

I’d like to say Polish designers from the ‘60s. Because Poland in the ‘60s, there were a lot of designers, but there was just no possibility to produce their works. So there were a lot of products which just stayed in a prototype phase and didn’t go further because of some political problems, the communism. There was no possibility for the market to shop, things like that.

There were some designers like Roman Modzelewski who put it correctly. I like him because he also likes to experiment. He tried various kinds of material and experiments on how to use a product, let’s say a chair, in different ways. I like this kind of courage that you just do something even though it might not work well. It’s just a way of work and way of thinking that I like.

But how’s the creative scene now in Poland?

I think it’s a really interesting time to become a designer in Poland, because there are lots of things that are happening and also institutions that help Polish designers to present their works to local galleries and even overseas. Designers now decide to produce their products by their own and create their own companies. But it’s still not similar to the way it goes in Italy or Great Britain. So there are still a lot of things to do.

In what way does the Polish government support these designers?

They really invest in it. For example, I came to Indonesia because the Polish Embassy invited me. They want to show the people here what’s happening within the design scene in Poland. The exhibition ‘Polish Design in the Middle of’ was curated by Izabela Boloz (Polish artist and designer) in conjunction with culture.pl, an organisation that really supports Polish arts in general.

And the embassy also gift people in countries where they serve a Polish traditional toy, which features spinning top, designed by Polish designers. They would like to give something that represent Polish culture in a modern way. So I think it’s a really nice way for them to support local designers.

How does it feel like showcasing your work in Jakarta? How do you find their reception towards your design?

Glad to hear it! People who come to Dia.Lo.Gue has always been those who are really interested in design. Now that the exhibition has finished, what’s your future plans?

I must go back to Poland because I have a lot of work to do. I have some [design] interiors to do now. With product, I’m currently making some kind of wall tiles. But they are still in the conception stage. I hope it will go fine.

I would love to go back to Indonesia again. I like [Dia.Lo.Gue] very much, and especially because of the people who came to see my work and I could see that they were interested.