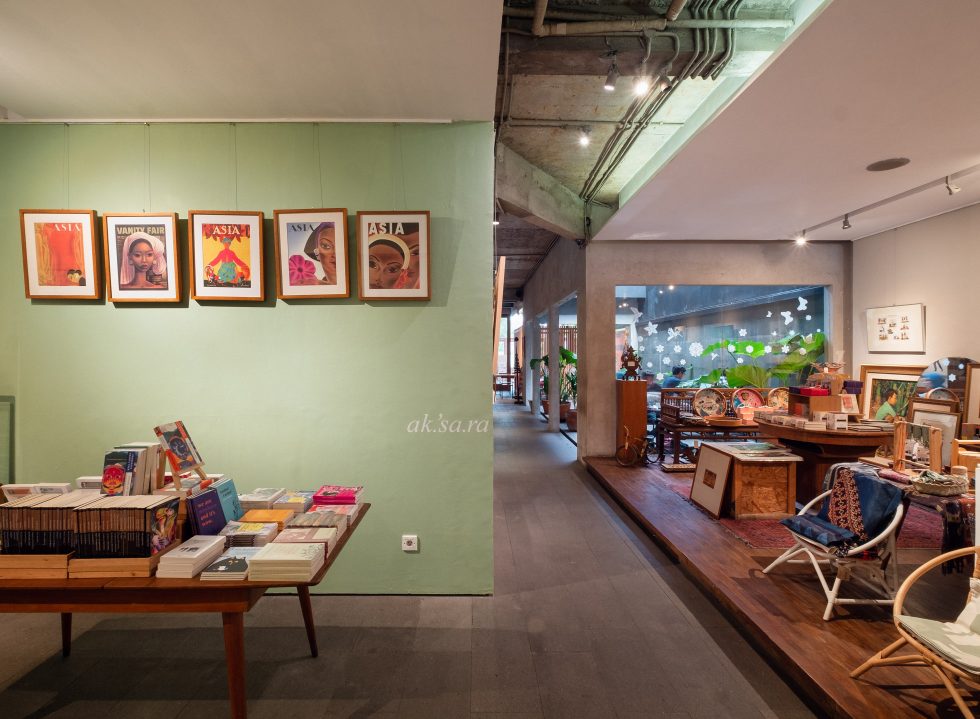 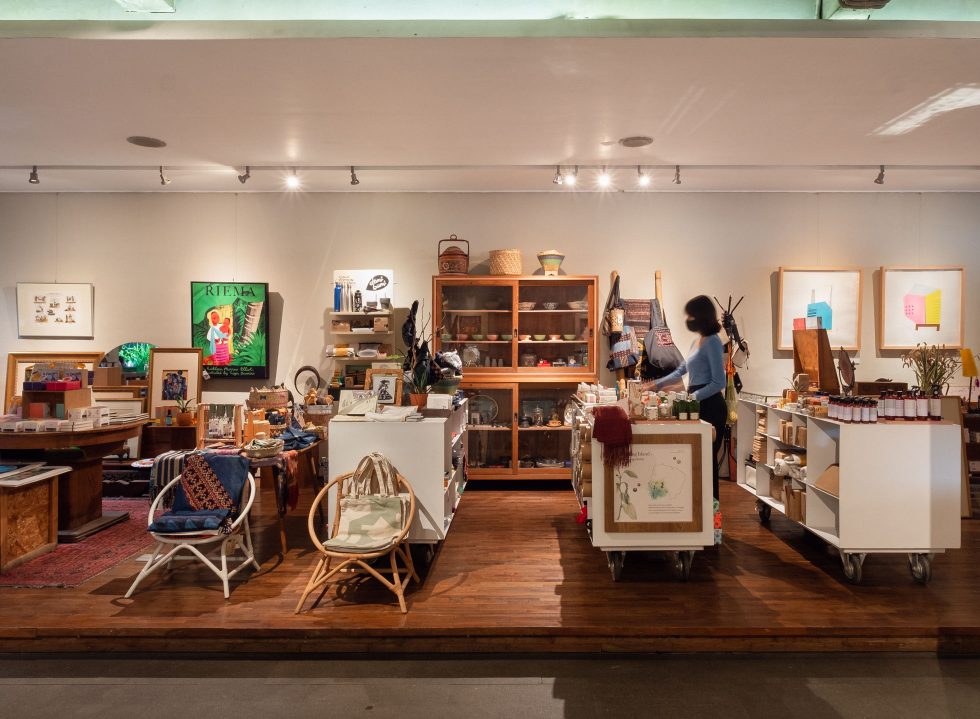 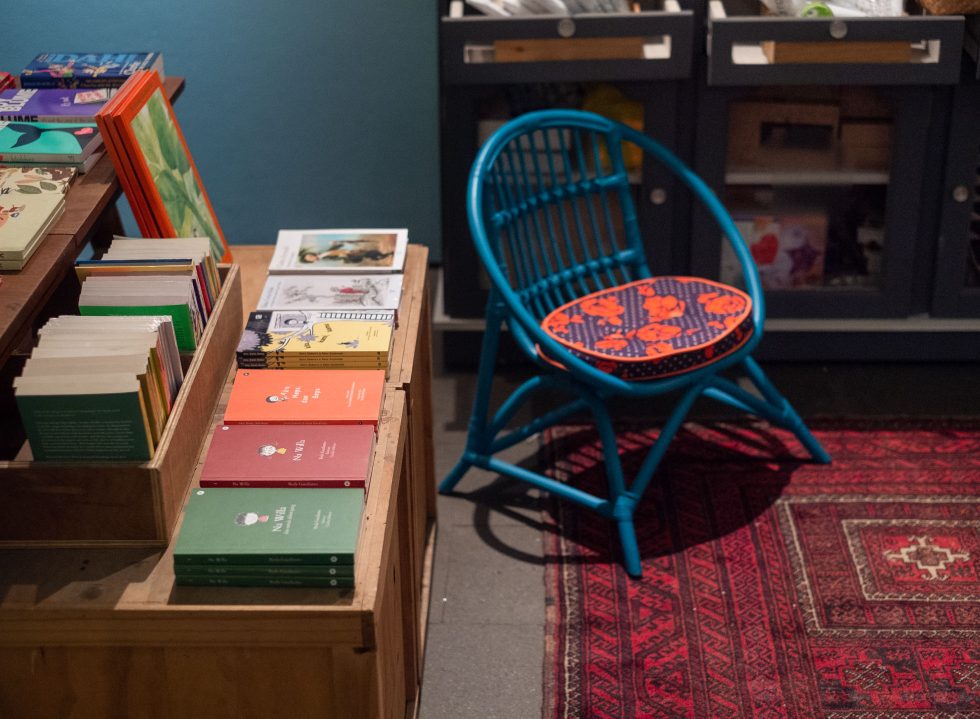 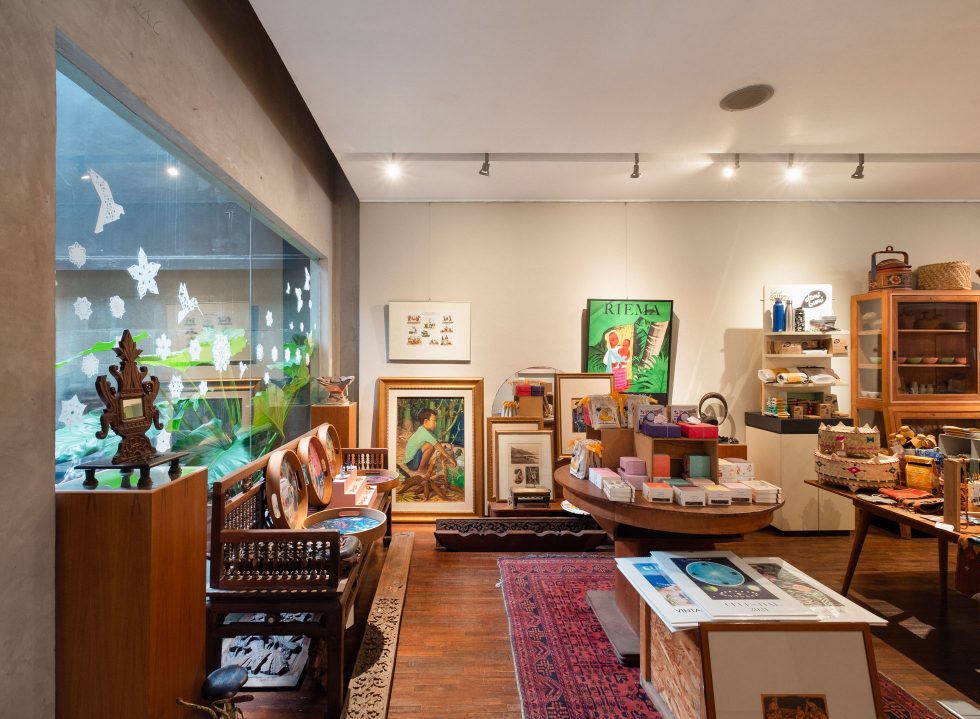 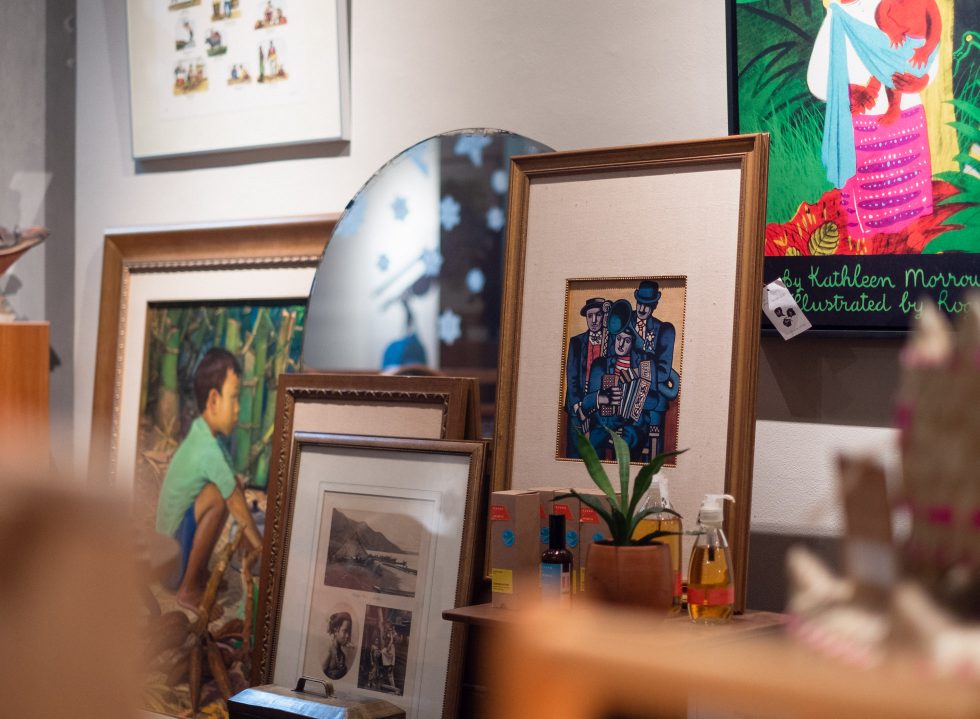 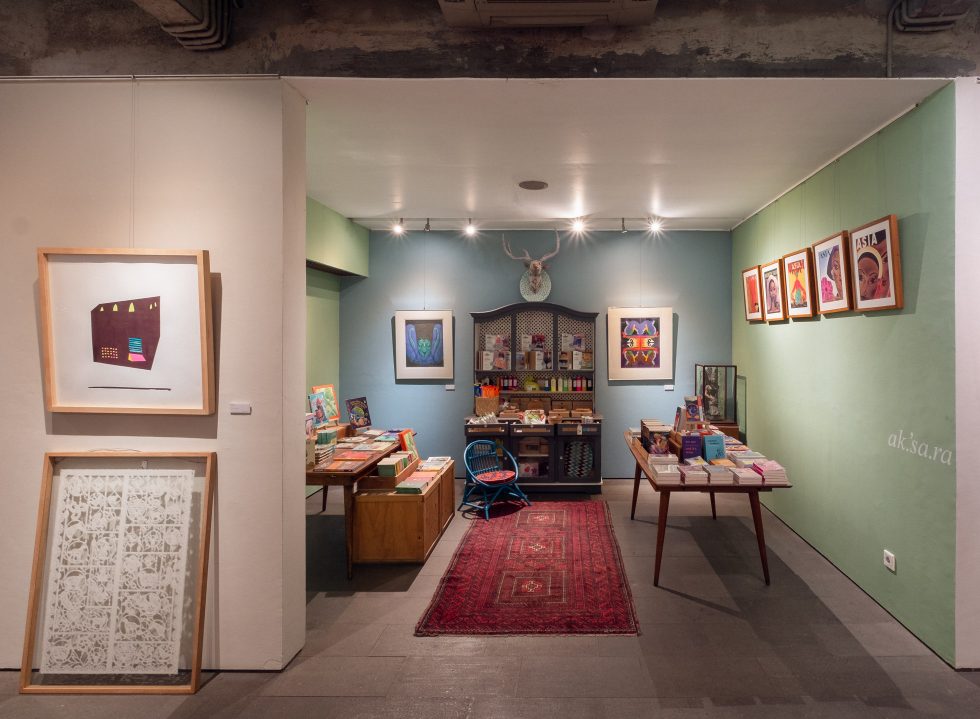 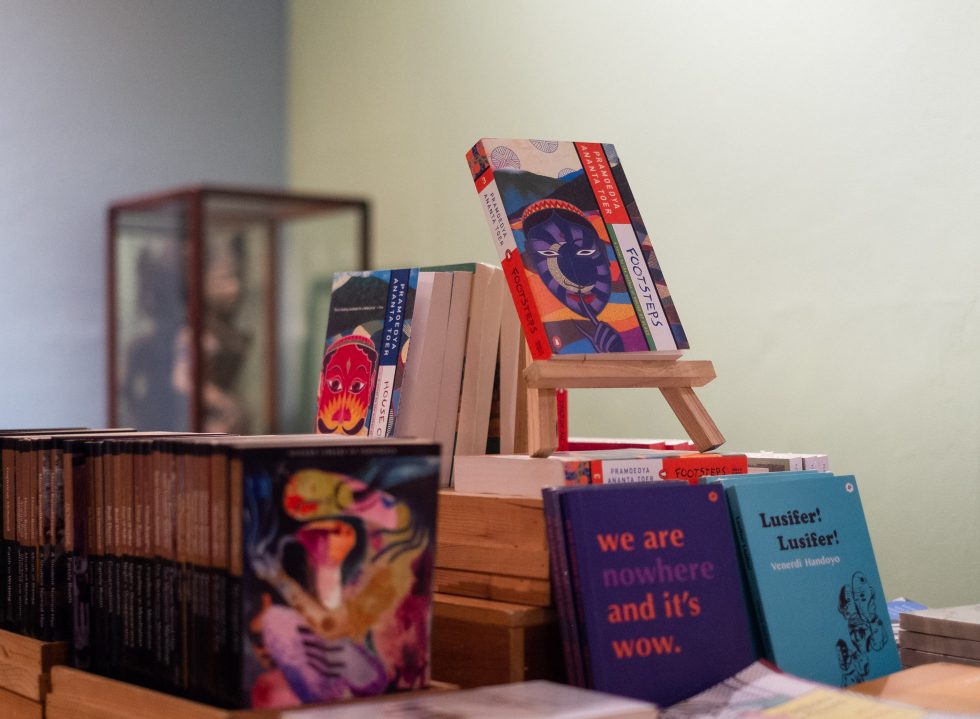 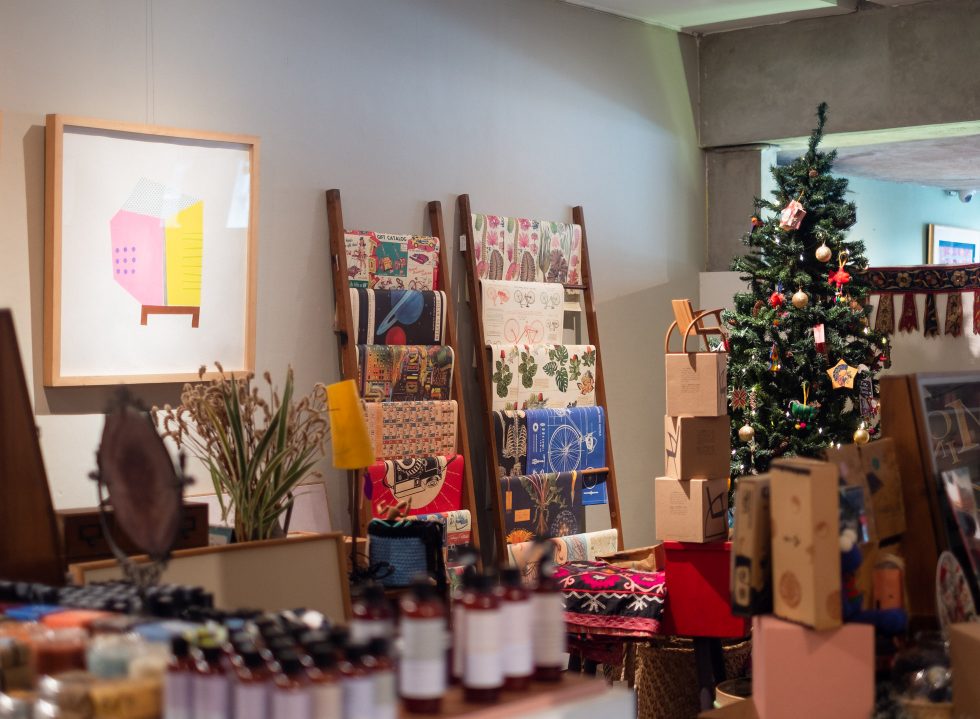 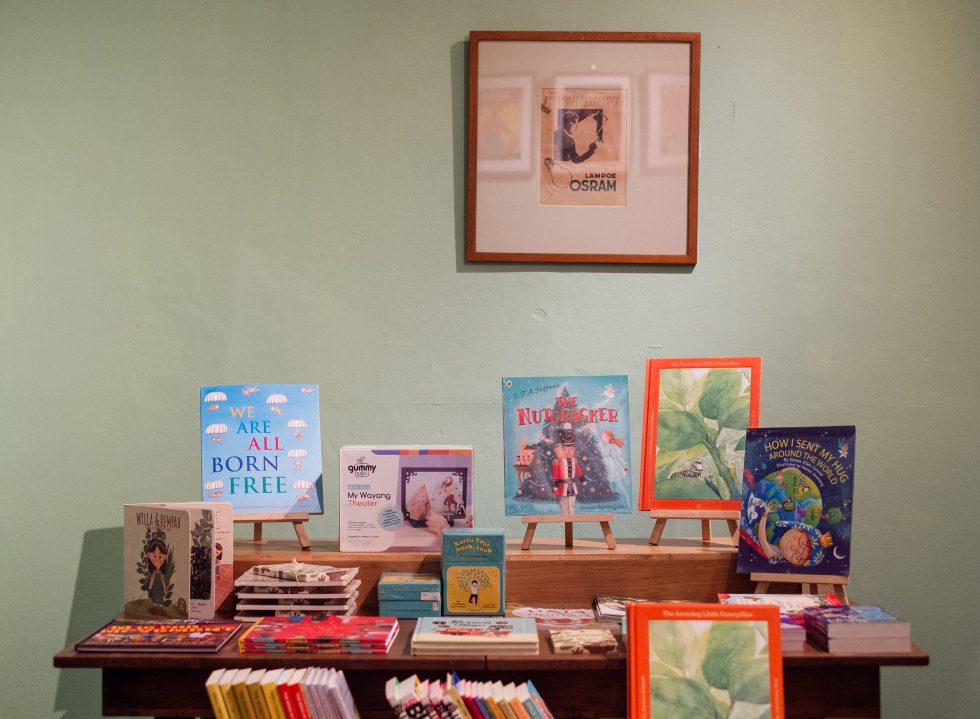 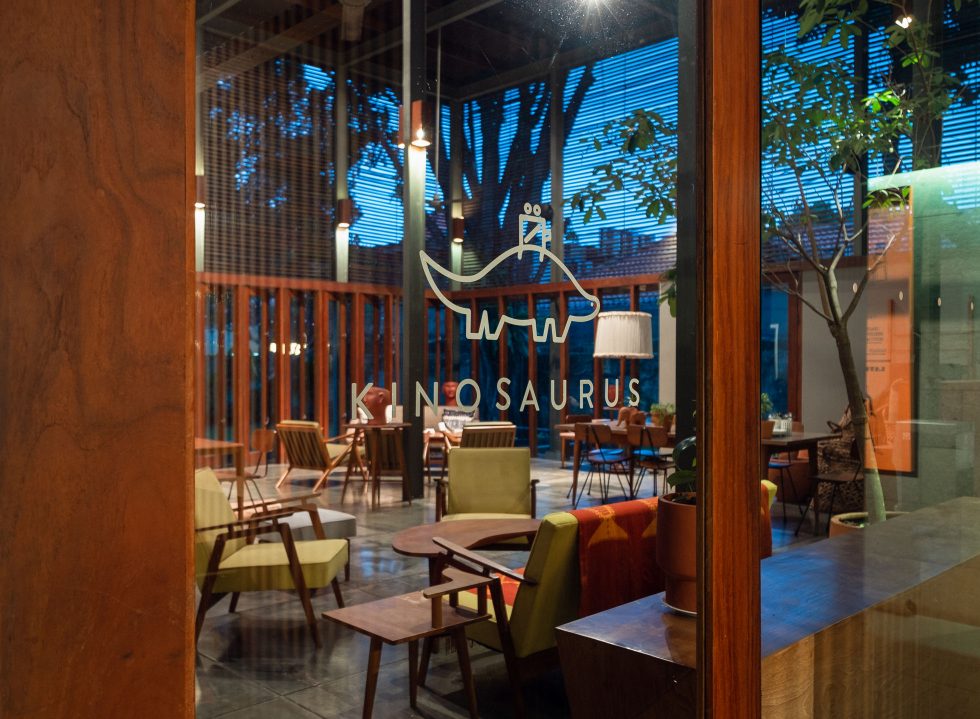 Share
Ak.’sa.ra and Kinosaurus closed their doors and moved into the neighbouring Dia.Lo.Gue. In a move that uplifts local art communities during uncertain times, the synergy between the trio is something to look forward to in the future.

The iconic Ak.’sa.ra bookstore and microcinema Kinosaurus closed their doors early this month, with the former entering their 20th anniversary, and the latter turning five this year. The news was soon followed by a collective reminiscing, with many expressing their fondest memories of the beloved Kemang compound on social media.

But this is not a case of another one biting the dust. On the contrary, this end marks a new beginning for Aksara and Kinosaurus, who found a permanent home at the neighbouring art space, Dia.Lo.Gue. Starting December, the notable bookstore can be found in one corner of the art space, situated across Dialogue’s shop where Aksara’s home products like Cavallini decorative papers and calendar posters are integrated seamlessly. Kinosaurus, on the other hand, will take over the establishment’s airy outdoor space as their screening spot.

“This year has been tough for everyone, especially for retails like us who depend on a physical space,” said Adinda Simandjuntak, director of Aksara. “By August, we realised that the situation is not getting better anytime soon and to maintain the place, while paying so much for something that is not relevant at the moment, is something that we can’t justify.” The difficult decision to close and resort to online—a format that Adinda has never been familiar with—was them entering a safe mode. “For the sake of sustainability, we had to take this option, or else [the situation] will bleed us to death.”

But the idea of banding together came like a flash, or what Adinda called a “serendipity moment”. It all started with her having a casual lunch at Dialogue when she ran into Engel Tanzil, a friend and founder of the establishment, and caught up with each other. Upon hearing the situation at hand, Engel offered a space without a hitch.

Engel, who understood well the extent of the pandemic’s wrath on the local art ecosystem, believes that one does not lose anything by lending a hand. And the gesture came naturally knowing that both Aksara and Dialogue—and the circle of people that runs it—have always been side by side, interconnected in their passion for art and in their mission to grow art communities and spaces for the next generation; the stars aligned and the move came seamlessly for all parties.

“[Because of the pandemic] I heard that 40 art spaces are closing this year in Indonesia. If this keeps decreasing, where will they [local art appreciators] go?” said Engel. “With this move, I am already thinking further down the road. I believe that we, as communities, shape each other and grow together, and we need spaces like [Aksara, Dialogue and Kinosaurus] for our children to grow with later. If we don’t support each other, these communities will be gone.”

Supporters of Aksara and Kinosaurus can expect future activities, from film screenings and workshops, to happen at Dialogue. But this is not a matter of ‘lending someone a roof’, as stressed by both Adinda and Engel, but a move that encourages synergy between the trio for new and exciting collaborations to thrive.

Closed Adinda: “Outside the limitation of the pandemic, the idea of making something together excites us. I think our respective identities have been quite established, so I don’t see this different variety in one space as a problem, but an asset. I hope people will be excited that we are now working together under one roof.”