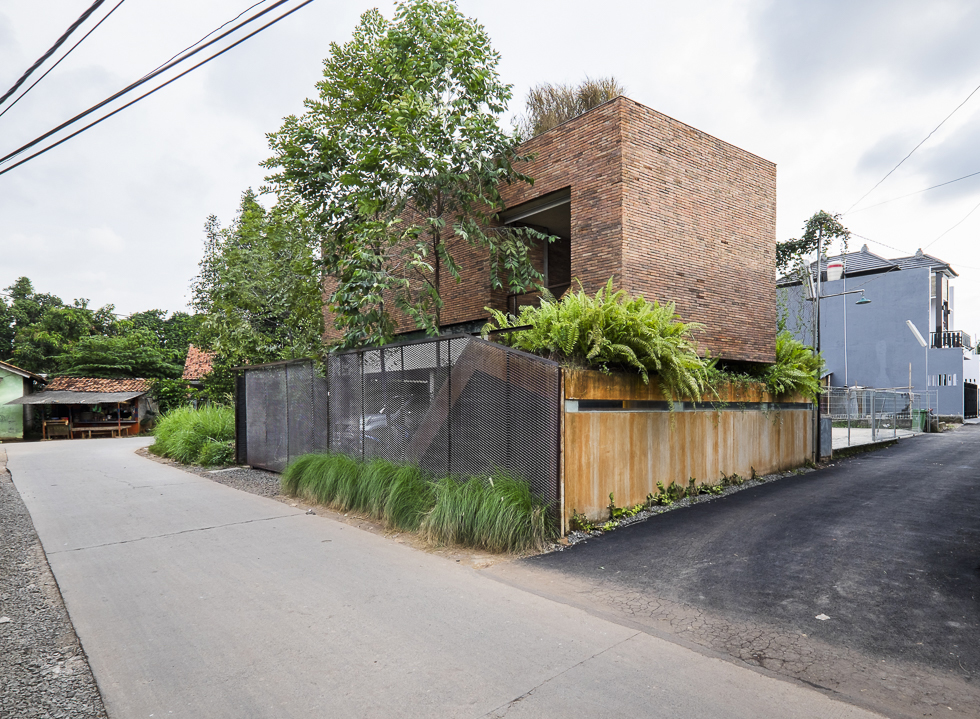 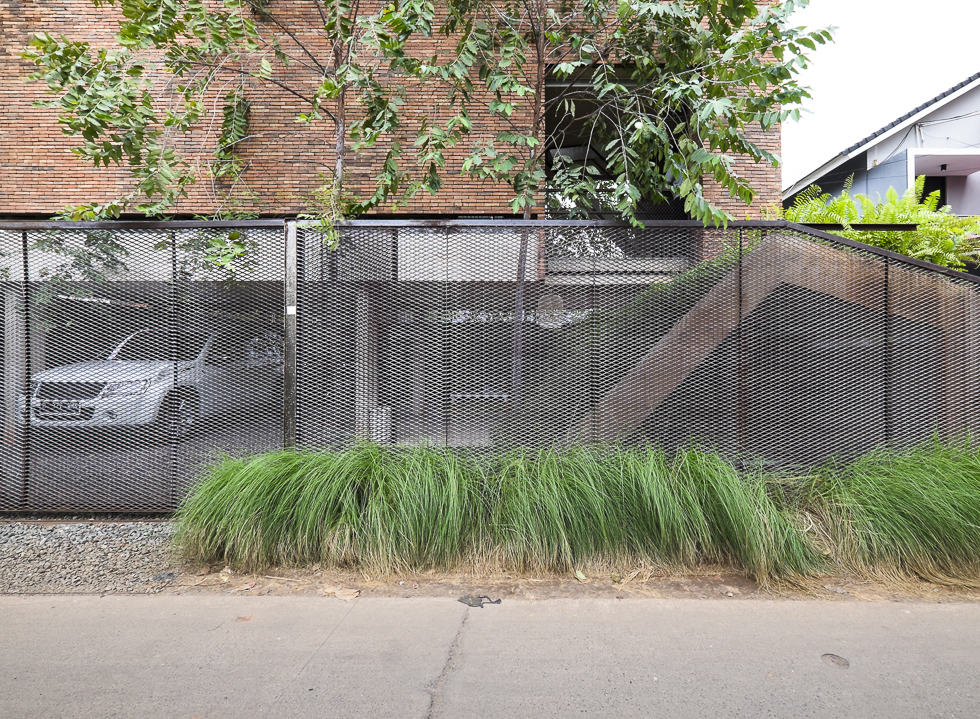 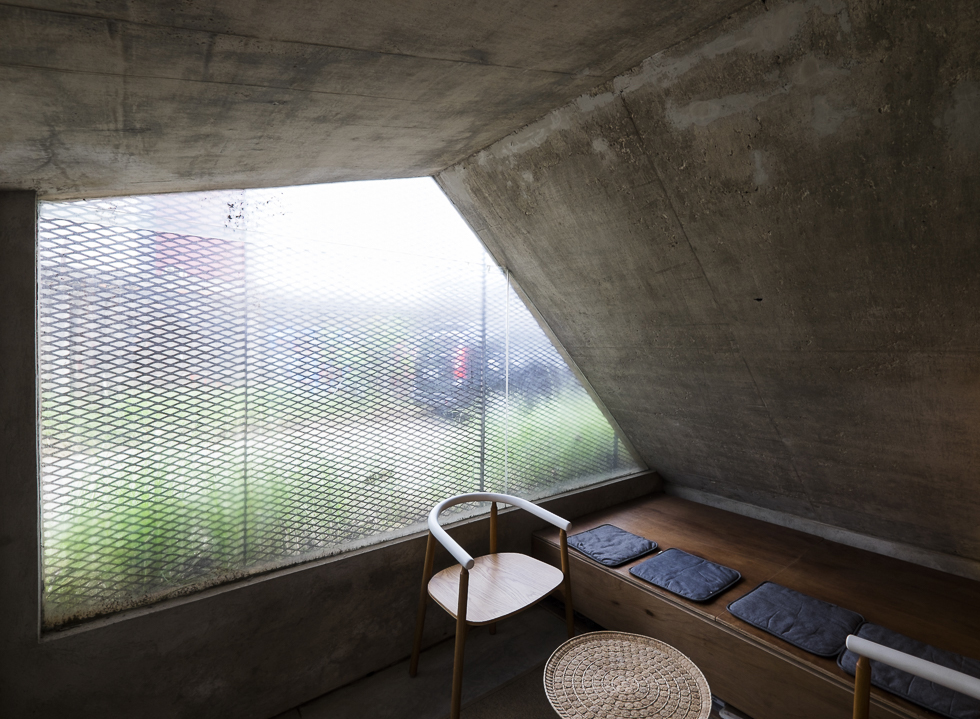 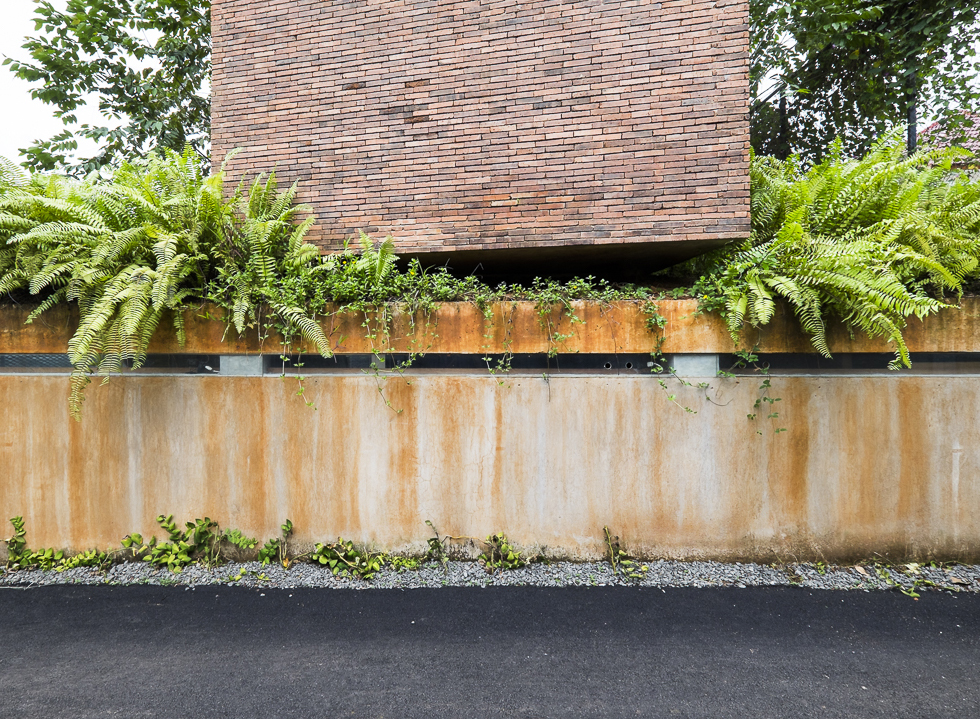 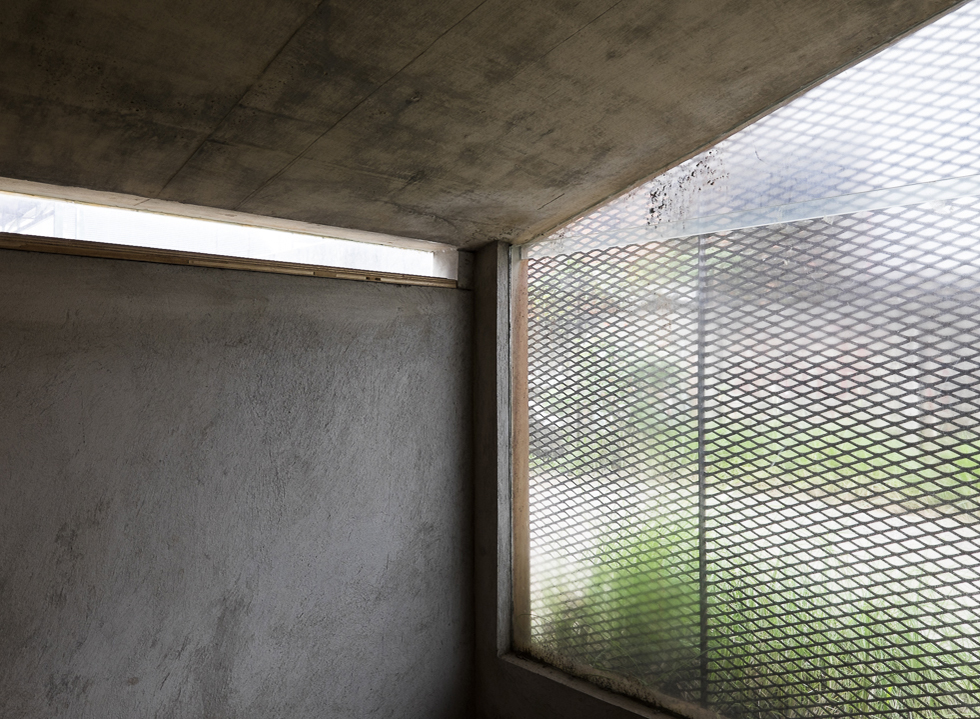 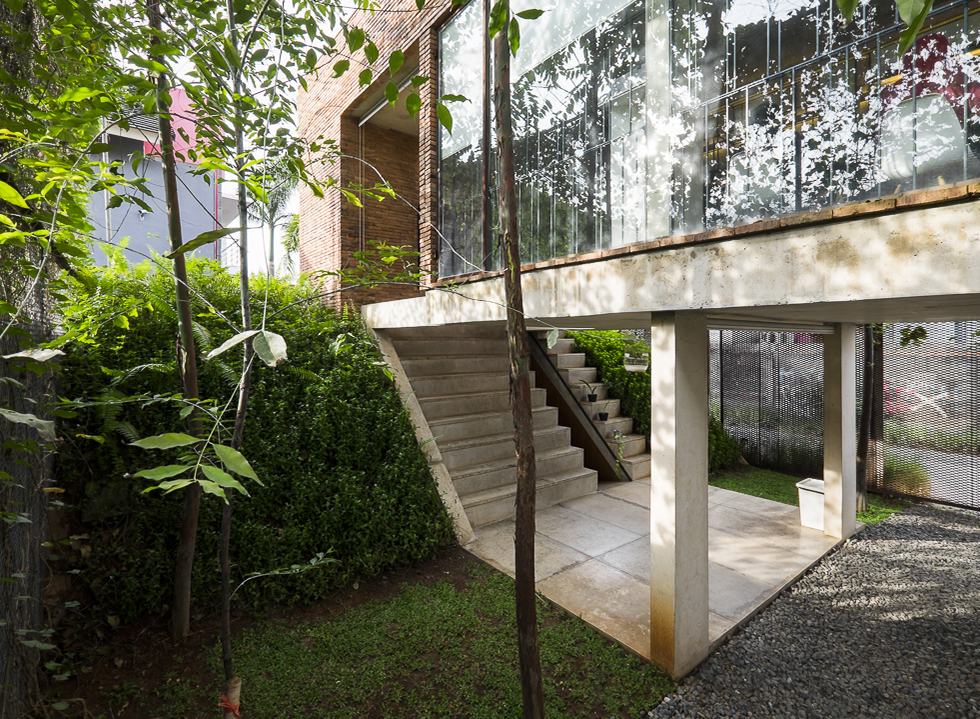 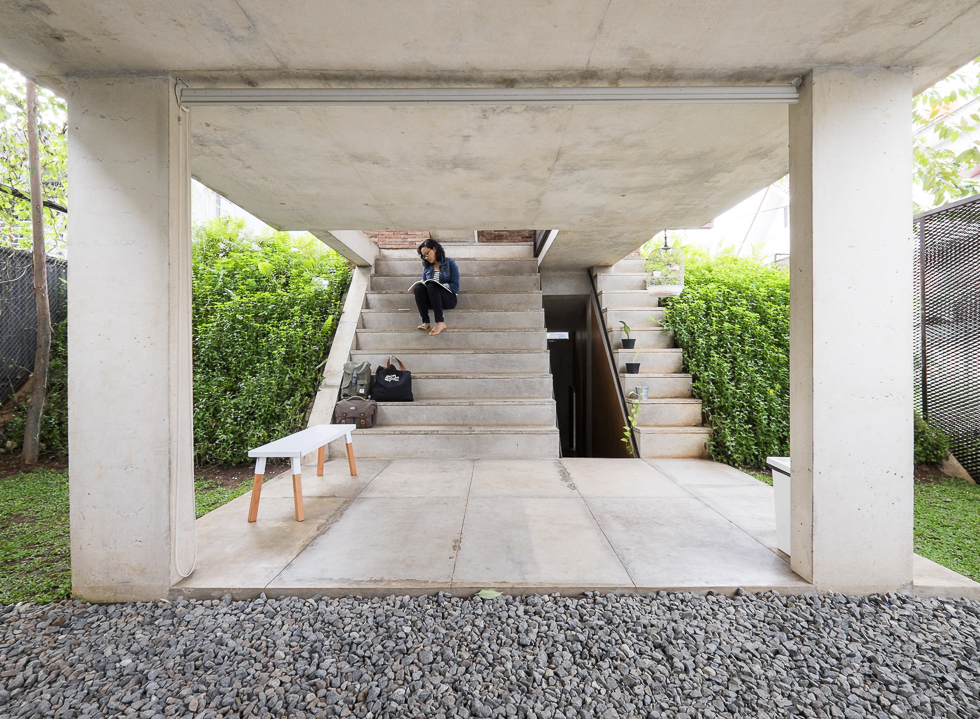 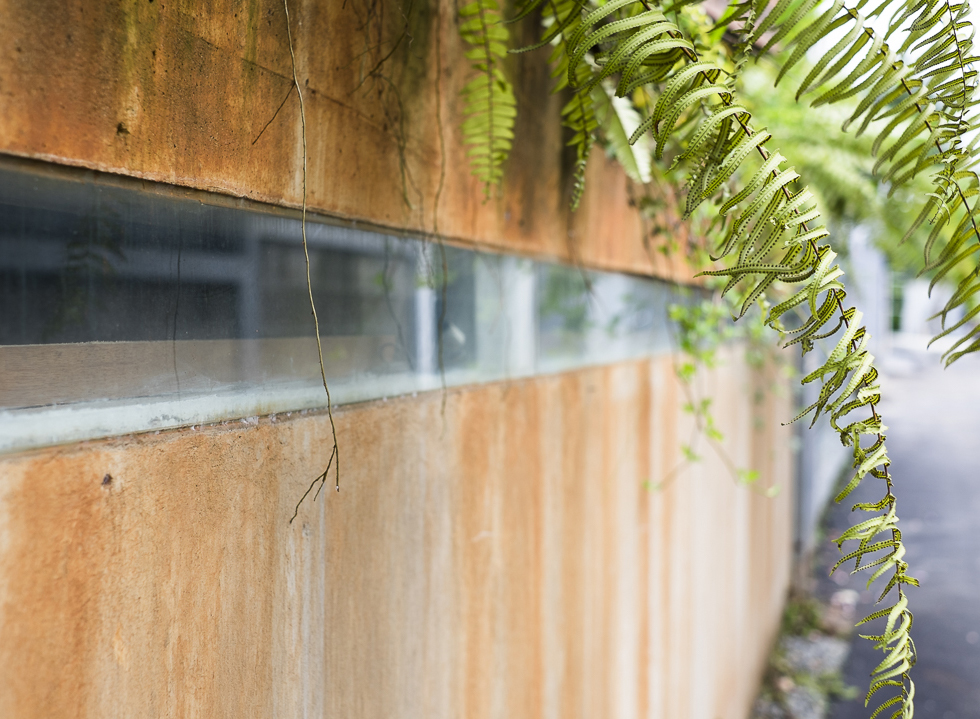 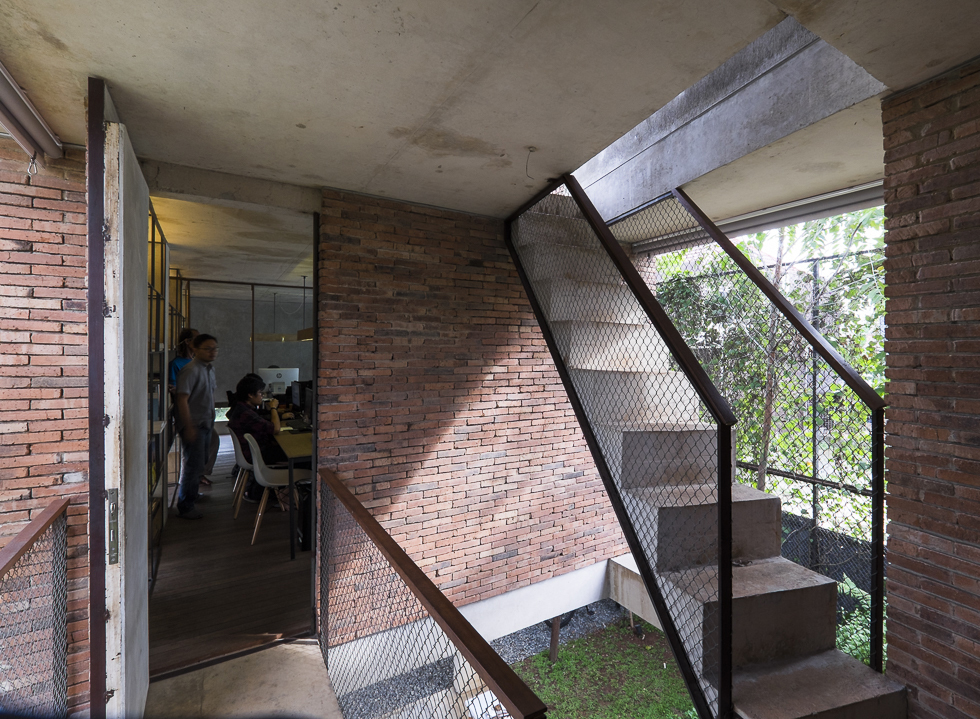 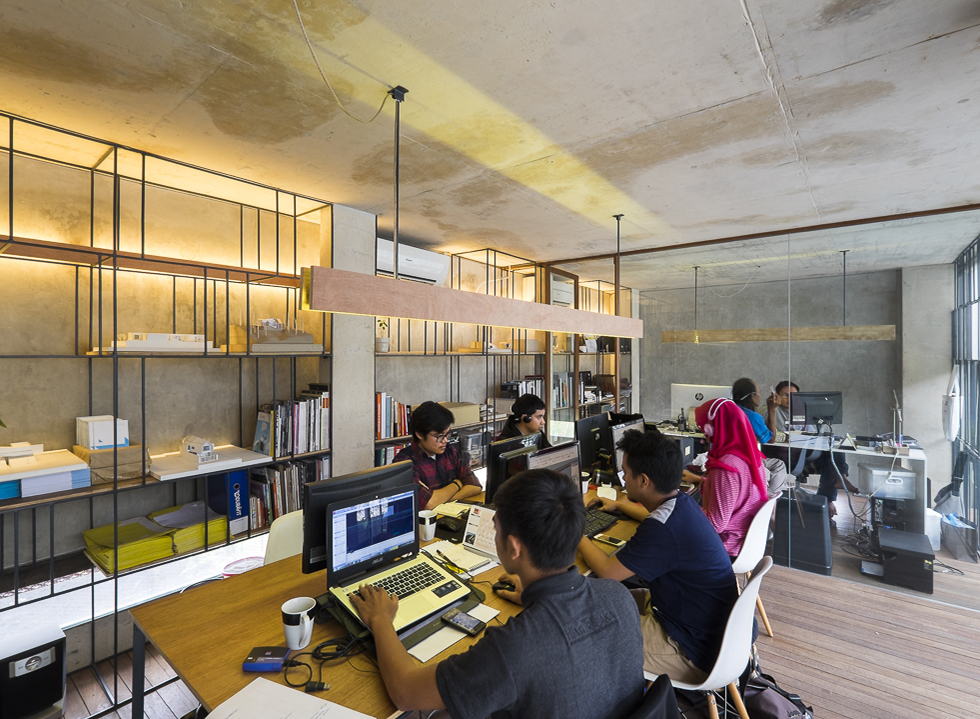 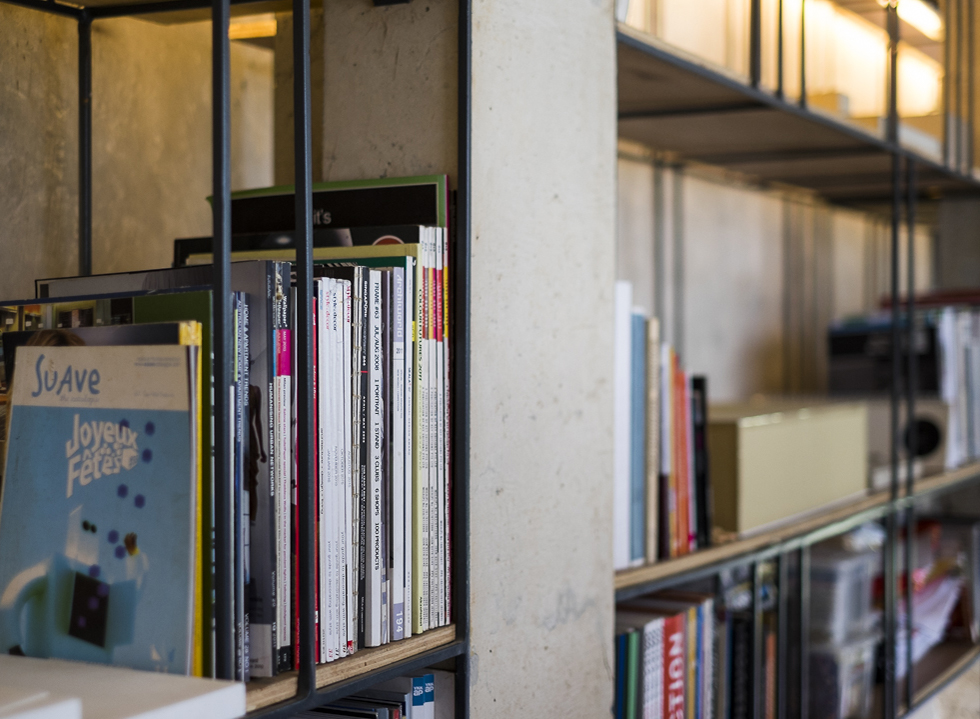 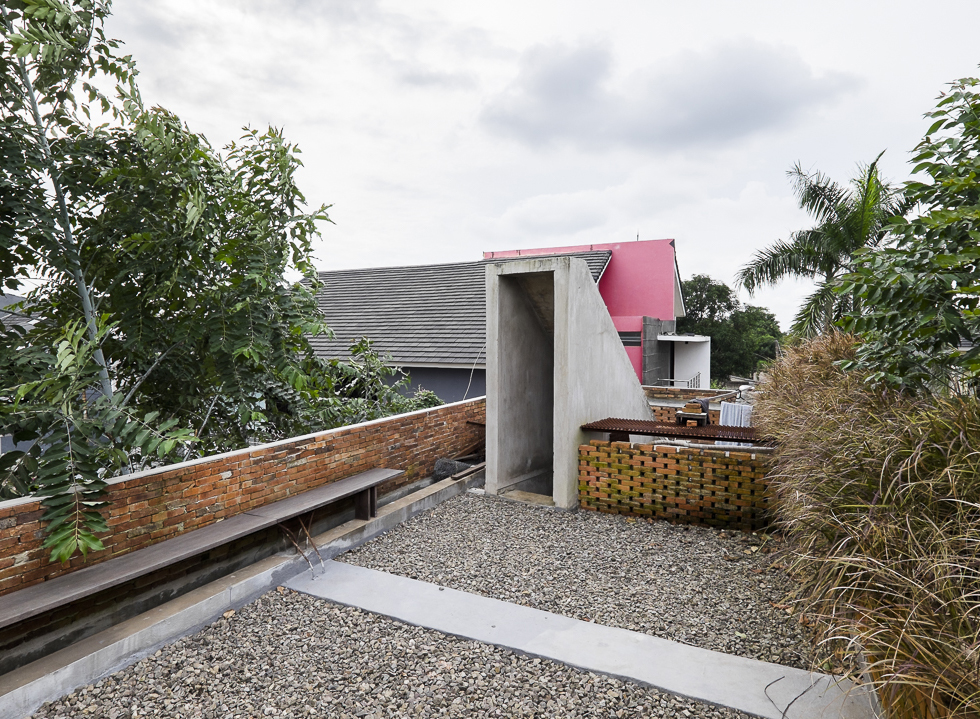 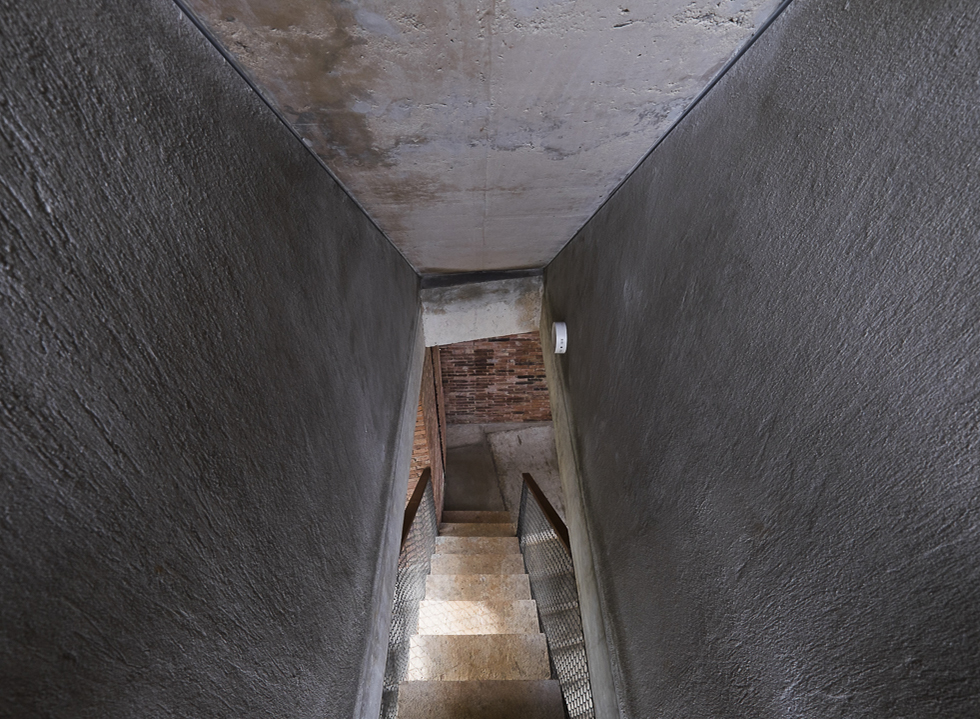 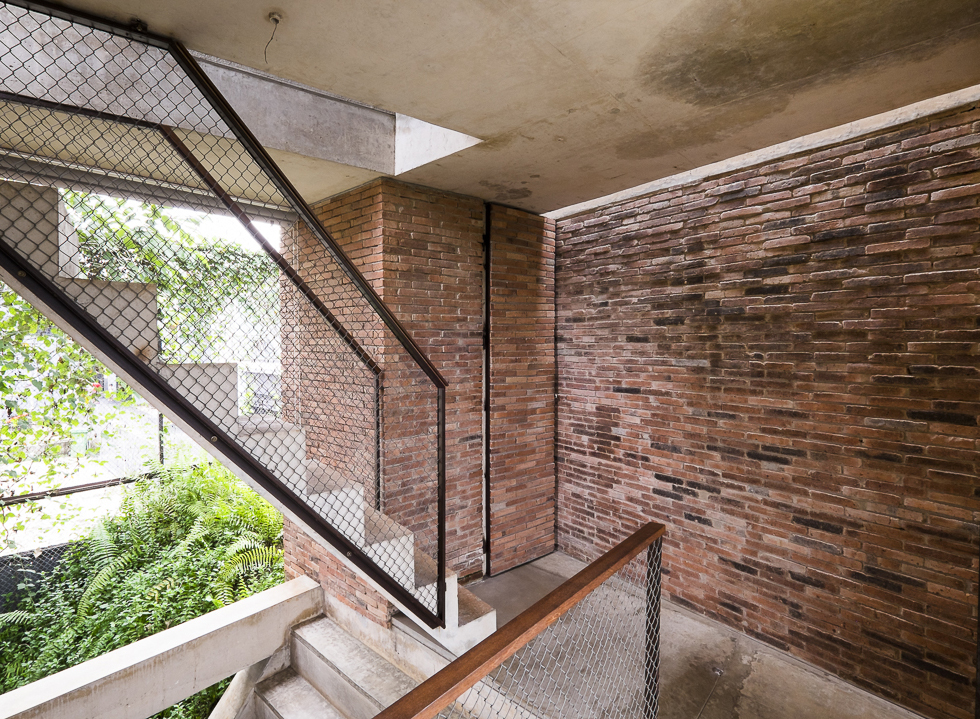 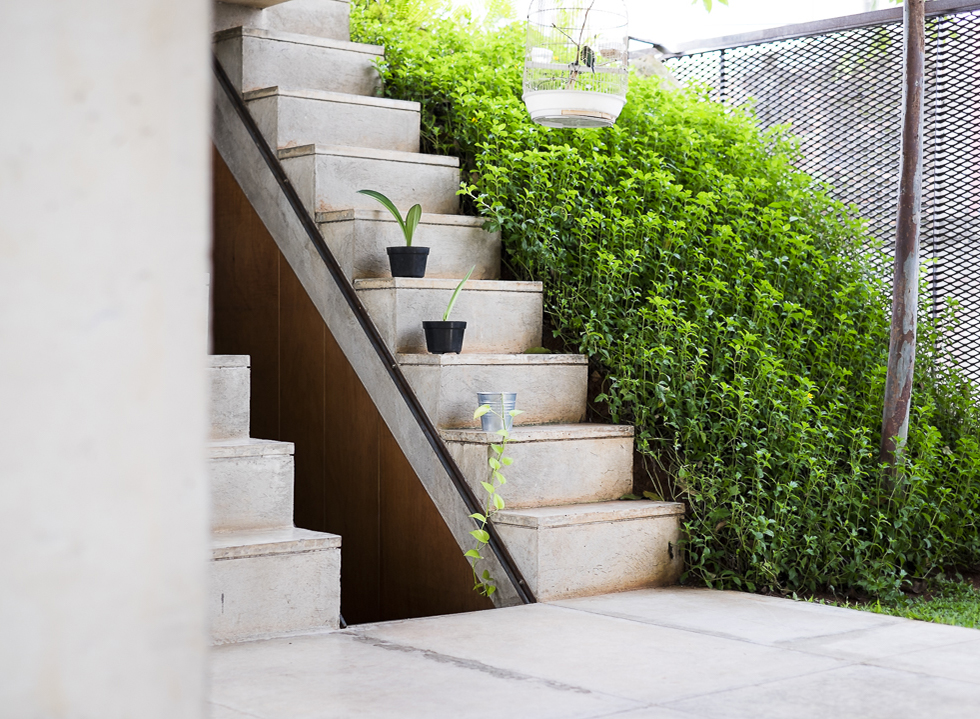 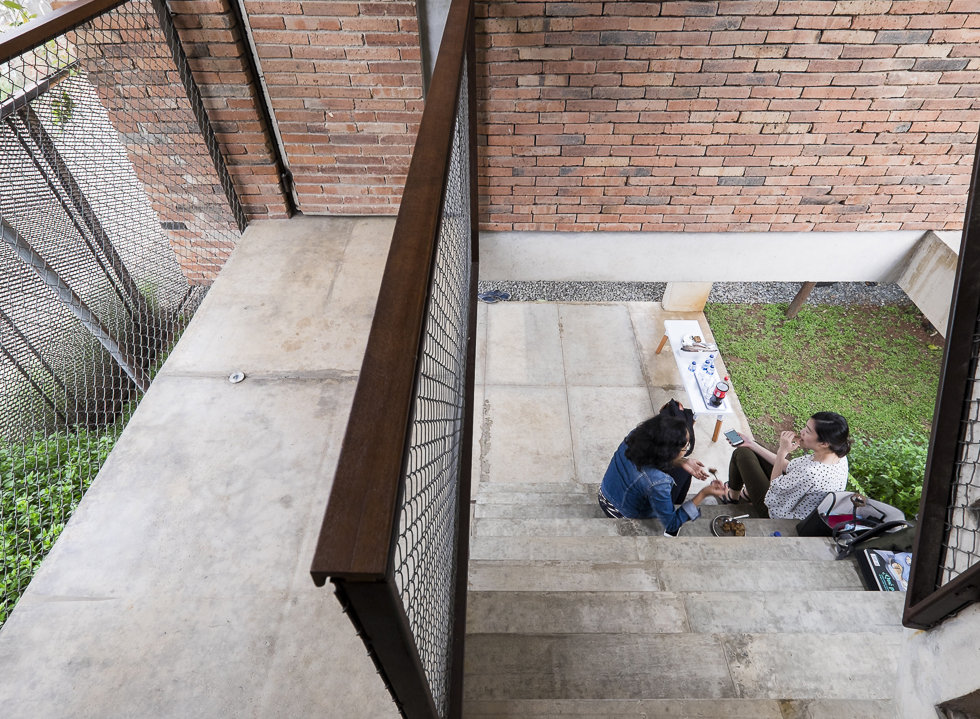 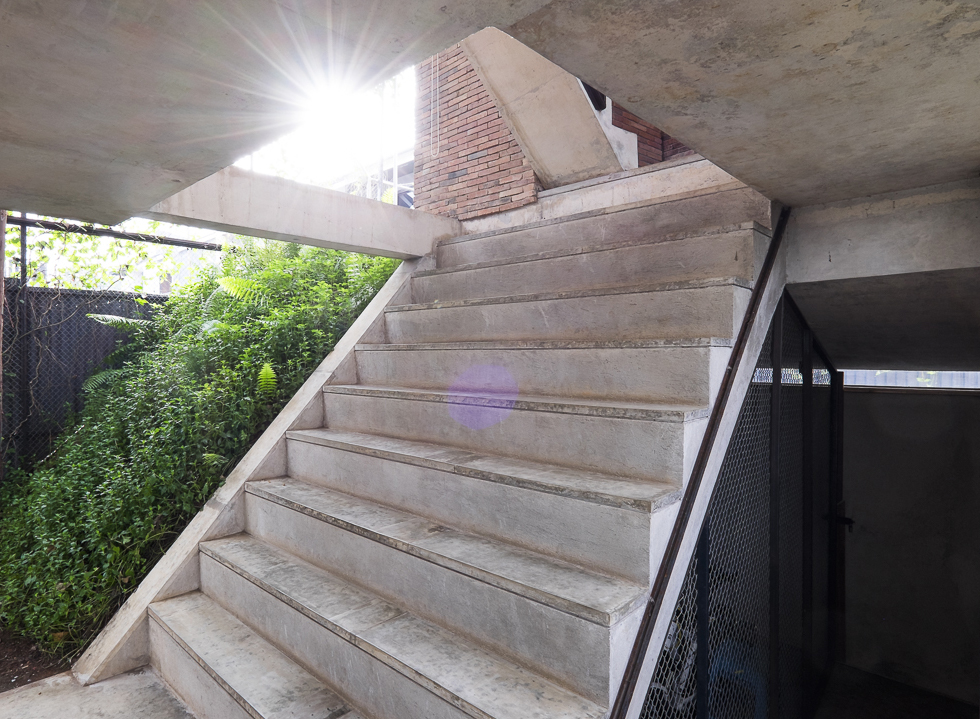 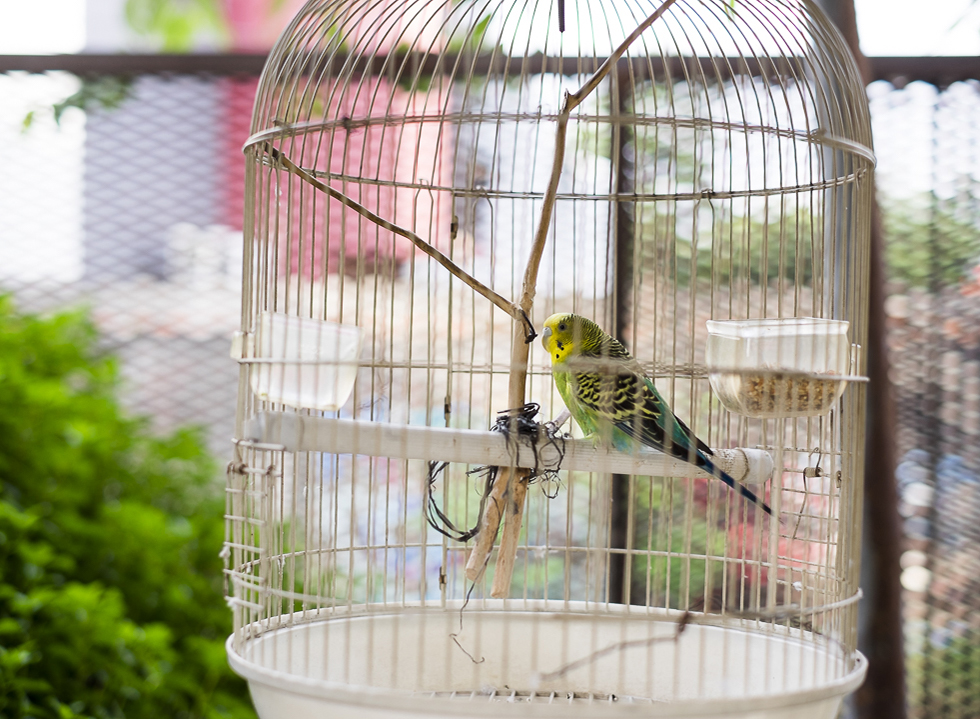 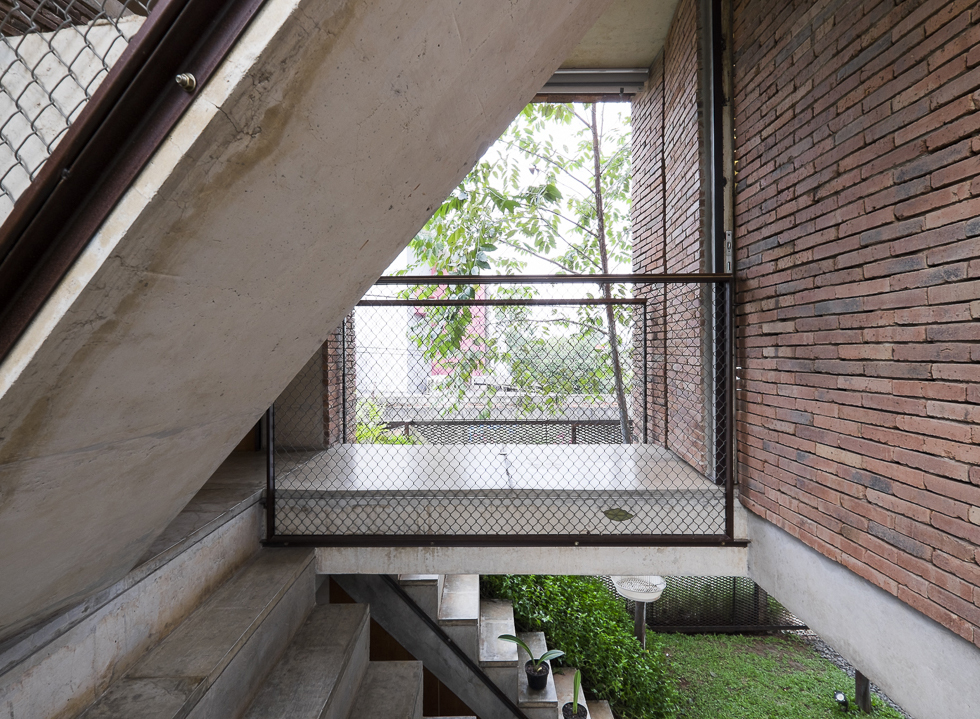 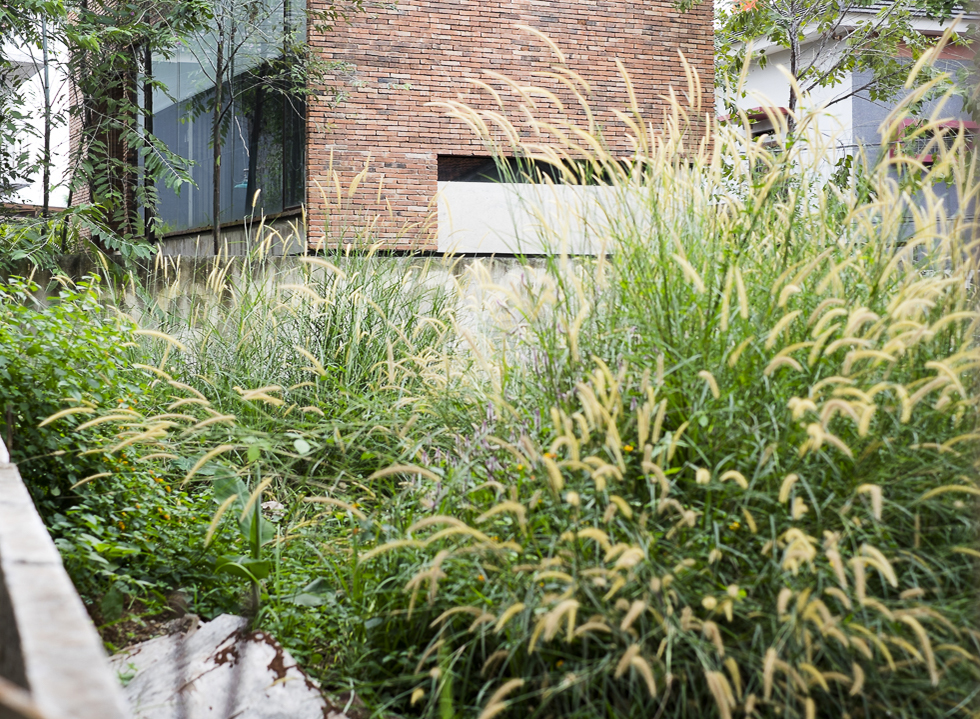 Share
A Session with Studio Dasar is a series that showcases curated architectural highlights in Jakarta and its surroundings, with the guide of architect Danny Wicaksono, founder of the studio. We return with the latest instalment of the series, where Danny took us to SUB architecture studio.

Within the circle of local architects, Bintaro is known as a neighbourhood that houses a number of architecture studios. Some among them include the famed Han Awal & Partners; Andramatin Studio of architect Andra Matin; Studio Dasar that belongs to Danny Wicaksono, our guide for this series; and last but not least, SUB, a studio that is helmed by Muhammad Sagitha and Wiyoga Nurdiansyah.

The latter is the focal point of the latest A Session with Studio Dasar, with the guide of Danny Wicaksono, where we highlight compelling and prominent architectures in Jakarta and its surroundings. Established in 2009, SUB is a Jakarta-based architecture studio that mainly focuses their projects on personal residences. They had recently moved its workspace to the outskirts of Bintaro, to a new building that was design by the two architects.

Danny took us to a smaller path by foot that was flanked with warung, modest houses and a long wall that separated the road from the upmarket housing estate next door.

“This is it,” said Danny, pointing towards the brick-built structure that stuck out like a sore thumb amongst its humble surroundings. There was a subtle impression that made the edifice comes across as cold and unapproachable, while demanding attention from passers-by. But apparently, the structure was not as haughty as it was appeared to be. In fact, once inside, it was every bit down-to-earth just like its founders.

The entrance to the building was a concrete patio that was amplified by wide steps leading to the second floor. Reclining casually on the stairs, the two founders of SUB, Sagitha and Wiyoga, were in the midst of a discussion. “Please, feel free to browse around,” said Sagitha, “We’re waiting for a colleague to discuss a project. We’ll be with you in a minute.”

Meetings on the patio? “The design of the patio imitates that of an amphitheatre, where they discuss and present projects here, sometimes using a retractable projector screen which is installed on the ceiling,” explained Danny. “Once, during a visit from another studio, the amphitheatre could accommodate up to 20 people.”

When not being used for meetings, the typical view would be of SUB’s staffs lounging by the stairs, indulging in a few cigarettes, a good read or simply daydreaming – a view one wouldn’t normally encounter these days, where spare times would be generally spent on the digital world. And these brief sessions are often accompanied with the companion of the caretaker’s tabby cat and the occasional chirp from their bashful parakeet.

Intentionally built as an open-air patio, the space allows ample breeze to flow in. In fact, it wouldn’t take long to realise that the whole premises actually relies heavily on natural ventilation.

On the second floor, on one side of the corridor, a big opening on the brick wall resulted in an unobstructed view of the road and high-end housing complex that lies beyond the studio.

Different than the rest of the building that is rendered in bricks and concrete, SUB’s office combines wood flooring and floor-to-ceiling glass windows that frame a calm scenery of swaying eucalyptus trees on the backyard. Given the room’s compact space, which fits right up to eight staffs, the presence of large windowpanes effortlessly help in easing out the feeling of claustrophobia.

We continued to the third floor, where the door-less entryway led us to the gravel-path rooftop. Understated rather than dreary with a handful of shrubs by the corner, the rooftop is the second place (aside from the patio) for the staffs to catch a breath from the pressing deadline. Without the presence of any tall buildings nearby, the sunlight pours in through the entryway and basked the whole site with generous glow.

With its open-air concept that depends on natural ventilation, it is clear how much Sagitha and Wiyoga are committed to embrace the tropical traits of our climate. And it was done with incorporating natural, inexpensive materials such as recycled wood and iron to complete this structure. The structure of SUB cleverly turns the erratic weather into perks.

“Our climate is a blessing from God,” said Danny. “We should appreciate what the nature has given us, adapt and be comfortable within it.” He went on explaining about our tendency to dislike the elements of nature that are often seen as “interruptions” to the daily lives – from things as simple as splatters of rain and mosquitos.

Nonetheless, for Sagitha and Wiyoga, these “interruptions” have become small issues they have learned to accept since the first day they moved to the premises. Rather than seeing it as a sacrifice in order to adjust to the workspace, to them these are just the small price to pay compared to the amount of benefits they’ve gained from the structure.