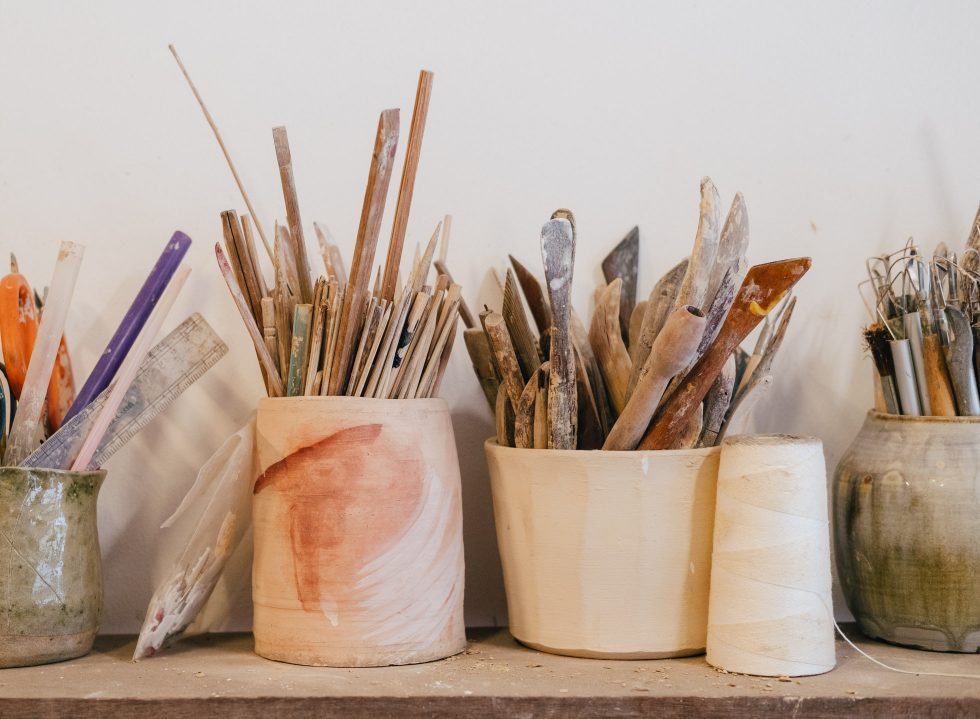 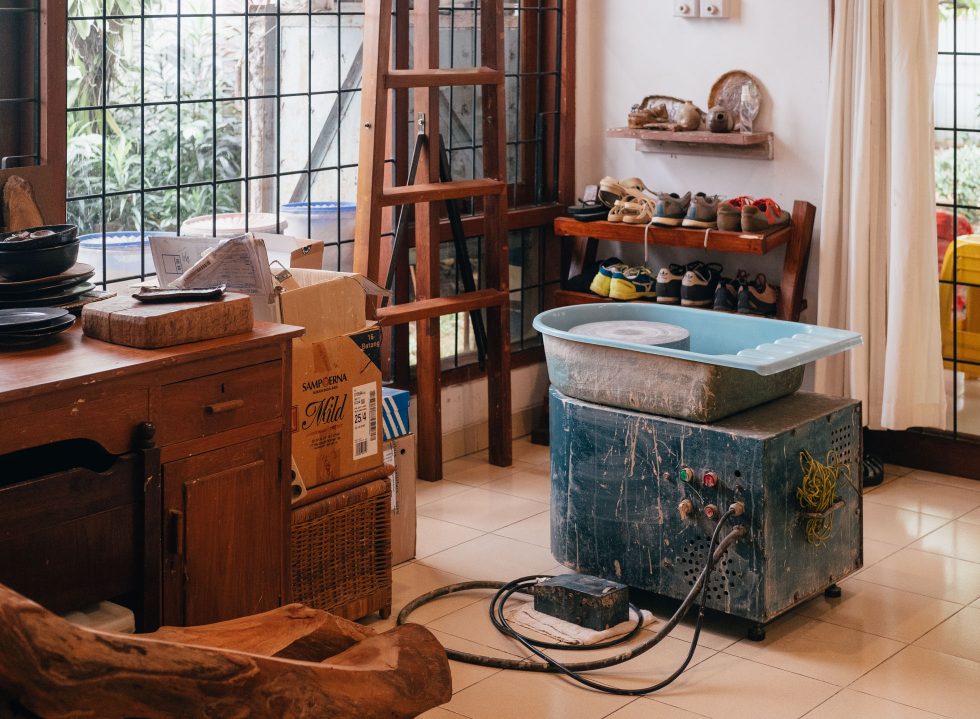 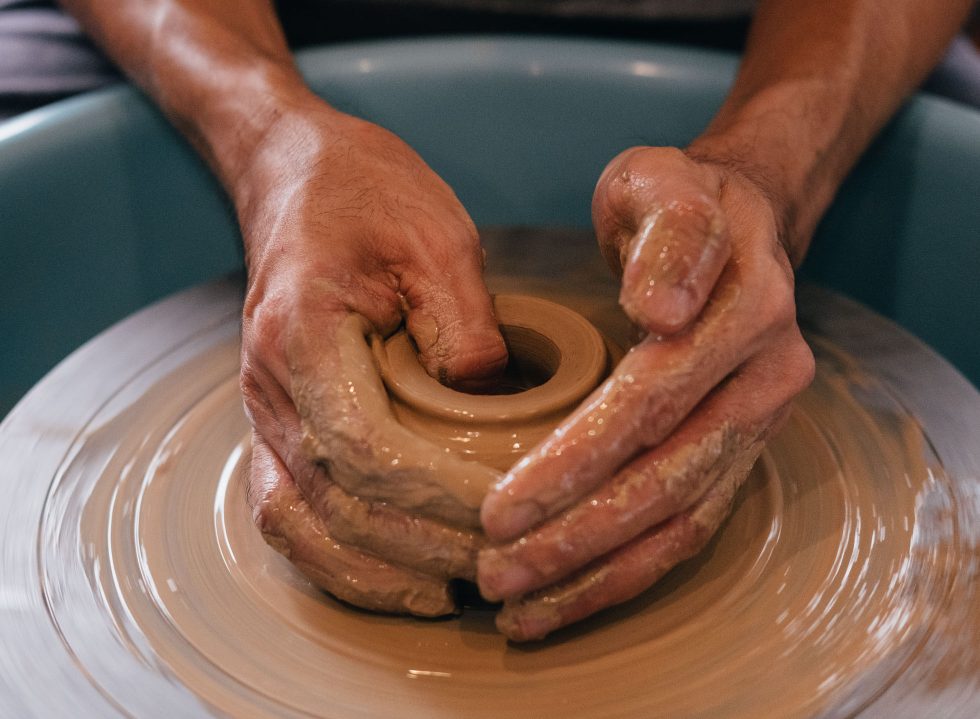 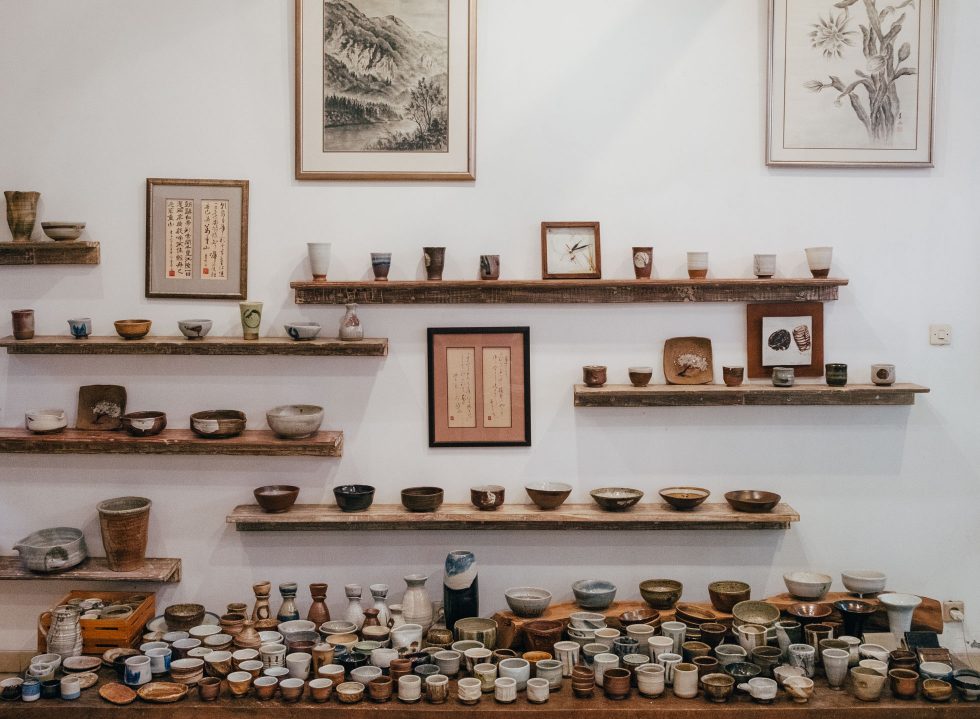 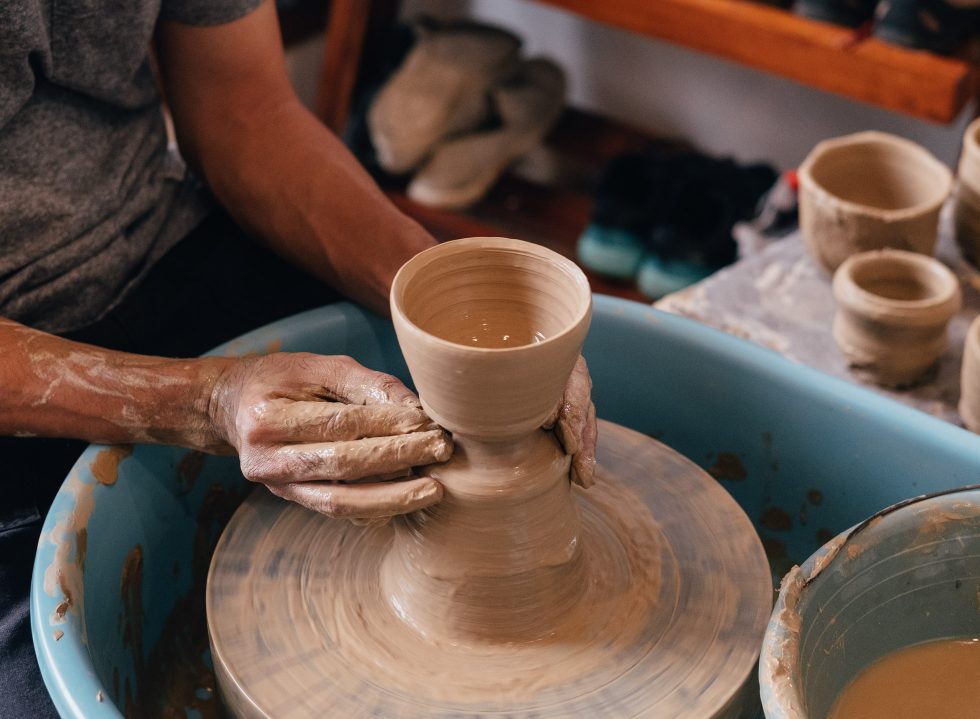 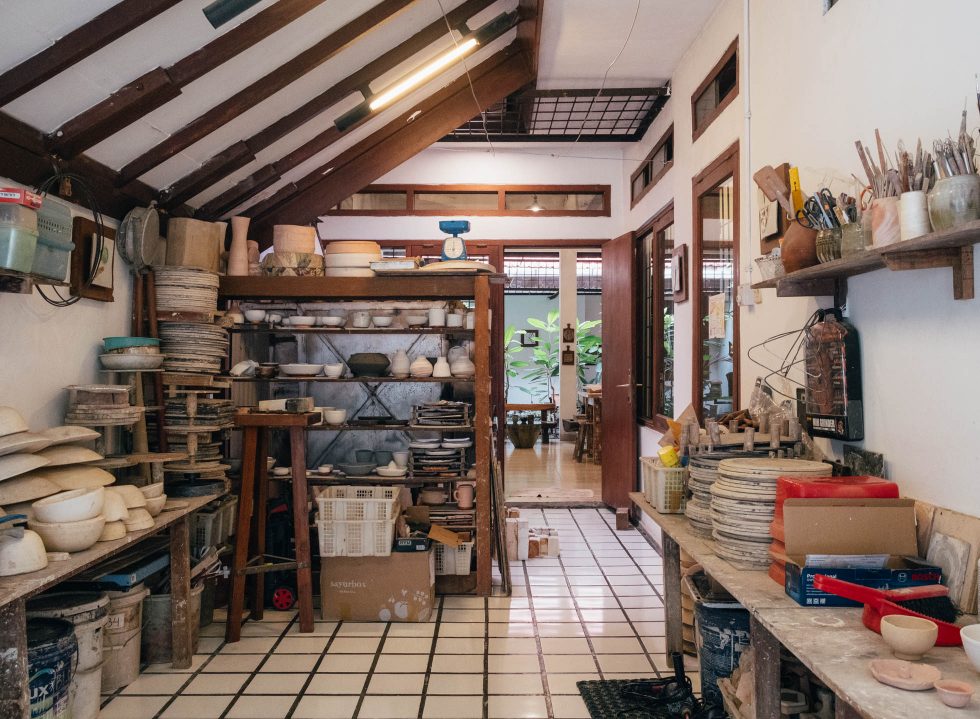 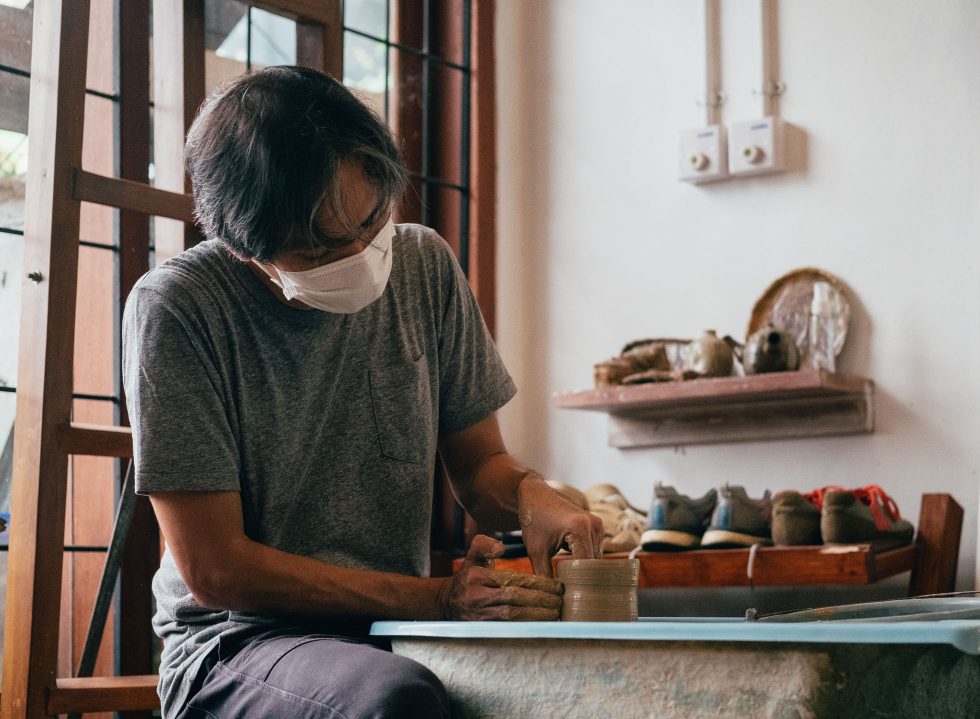 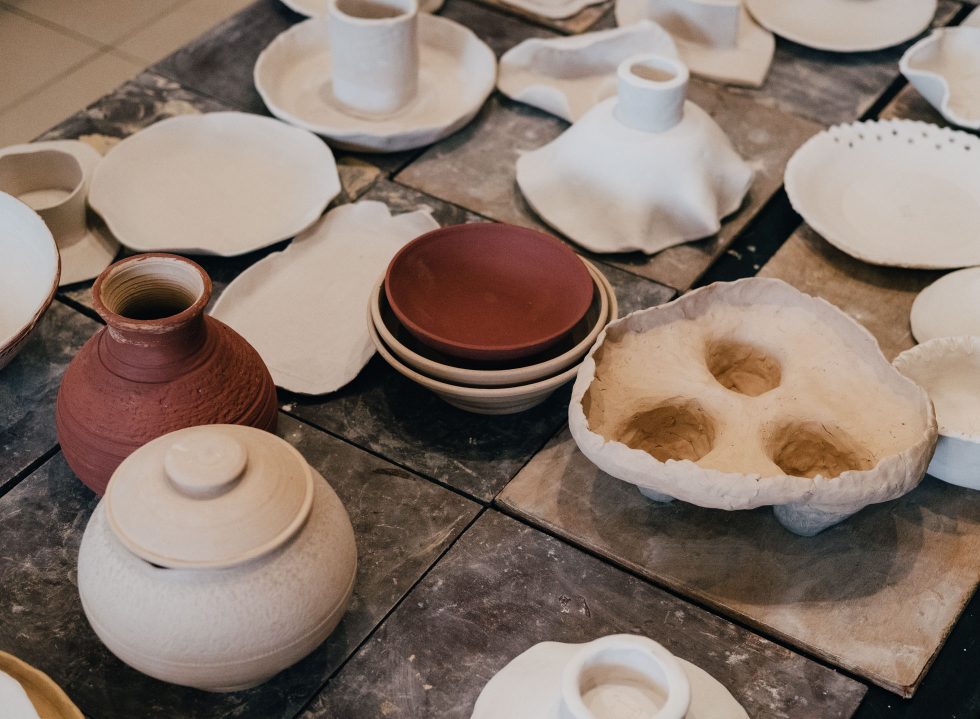 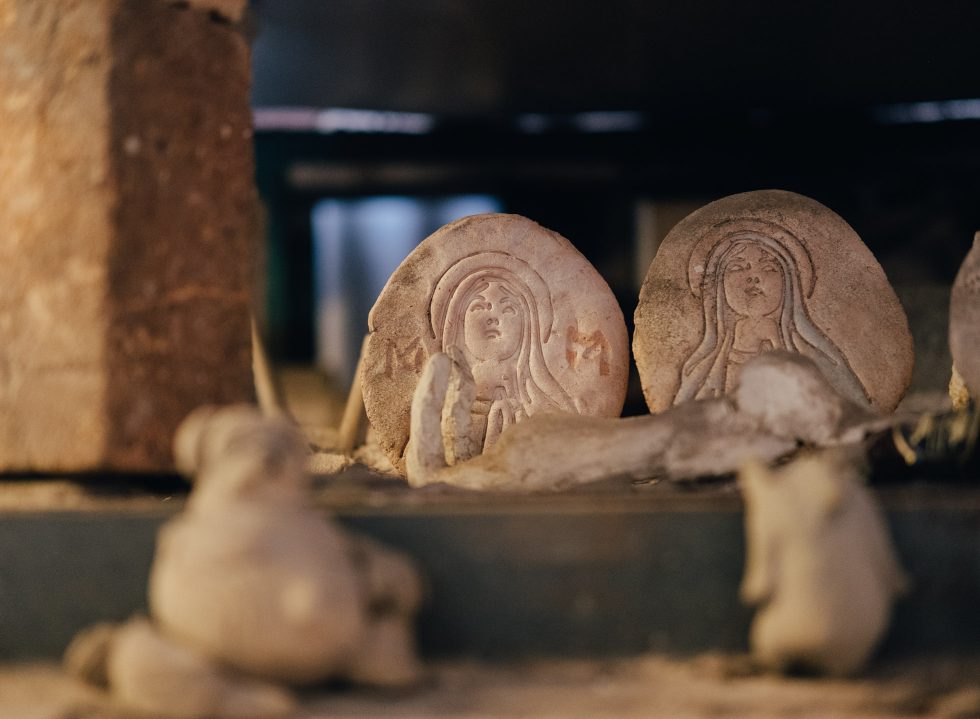 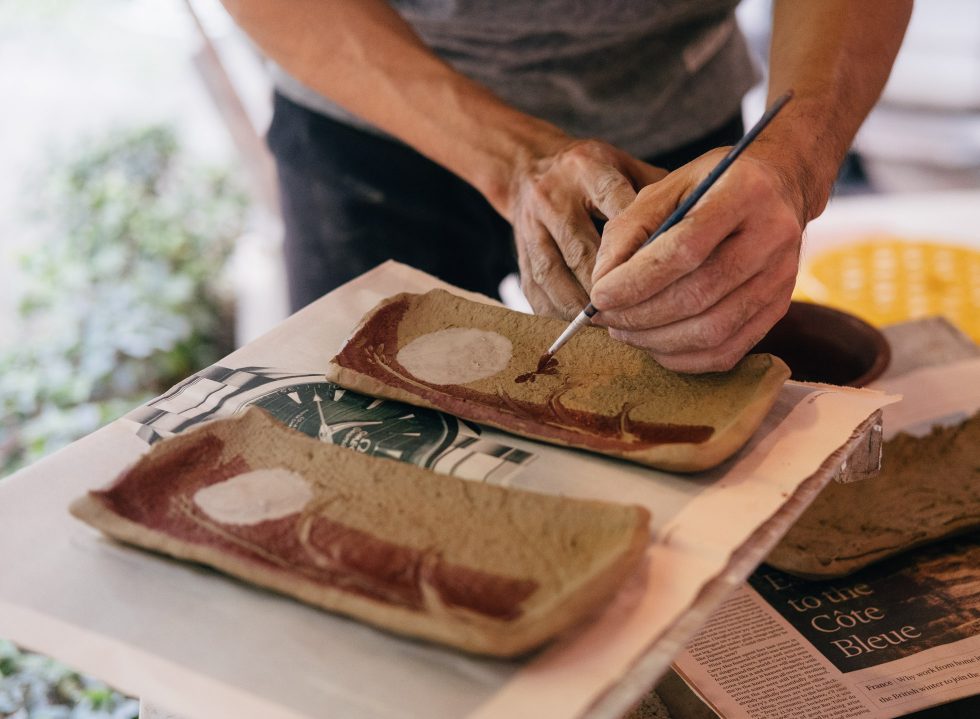 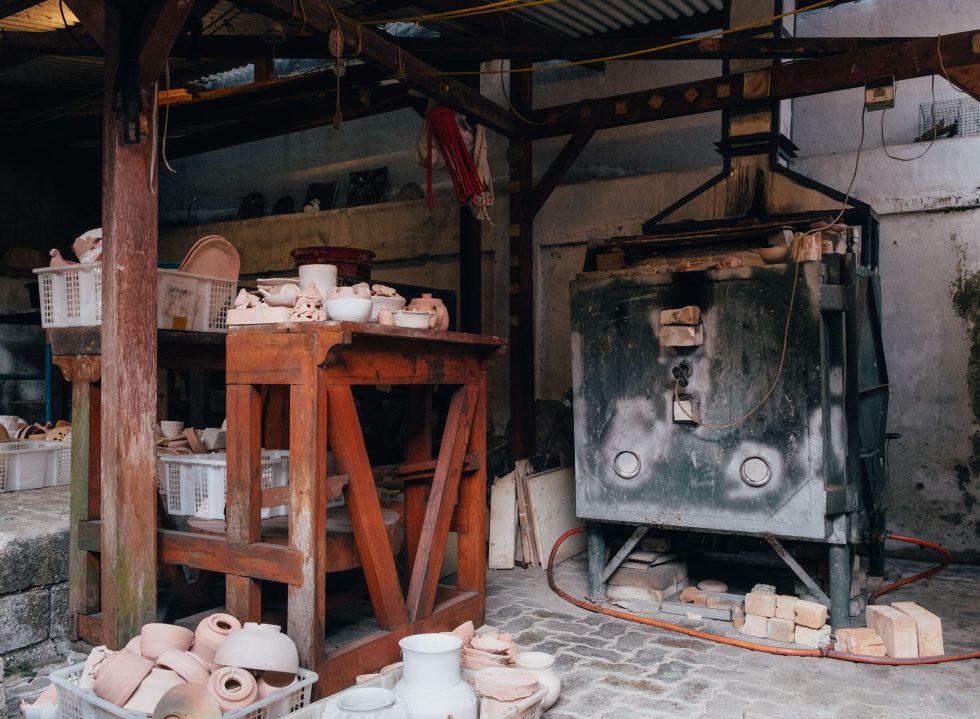 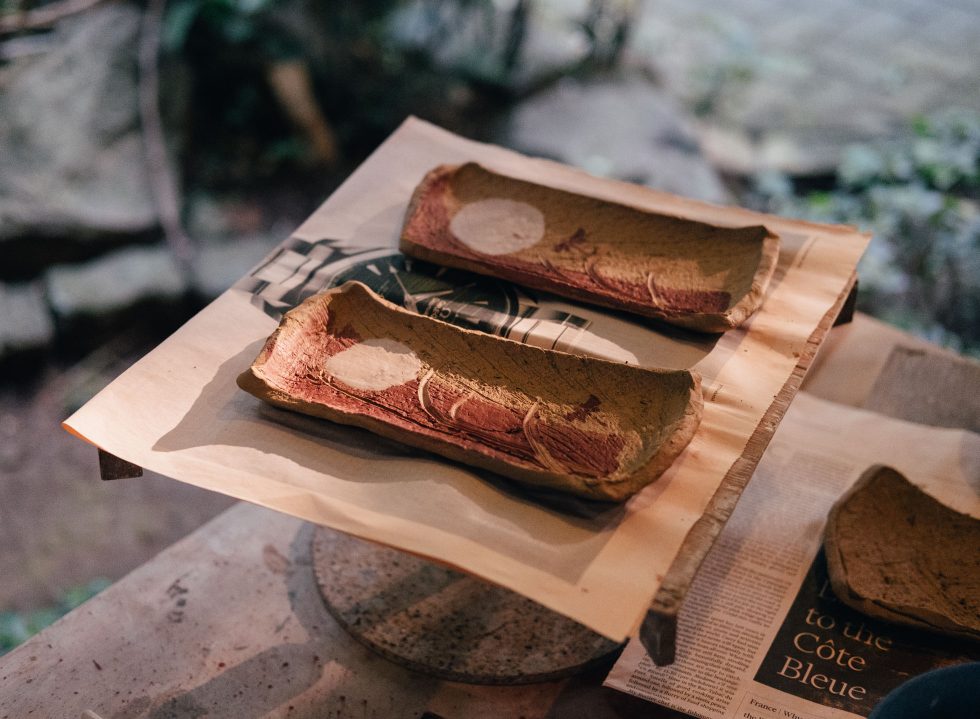 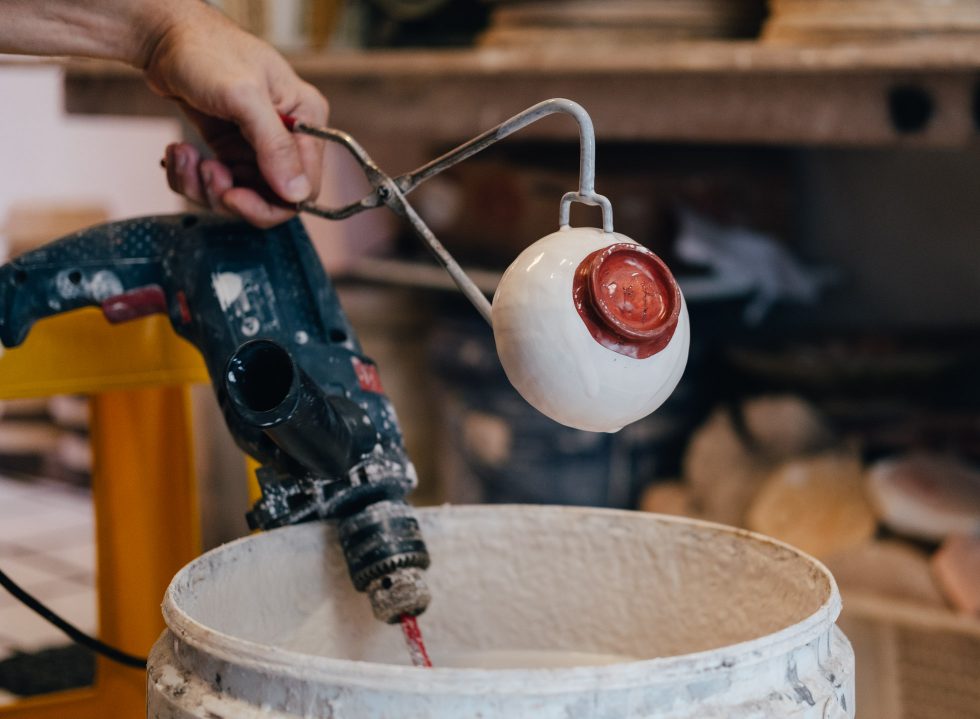 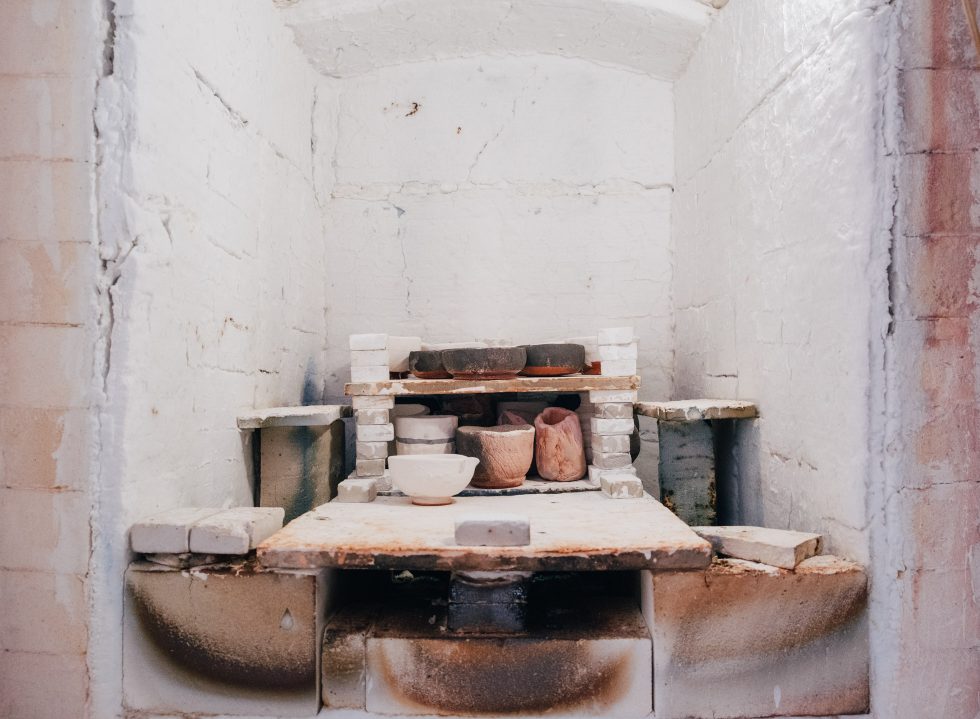 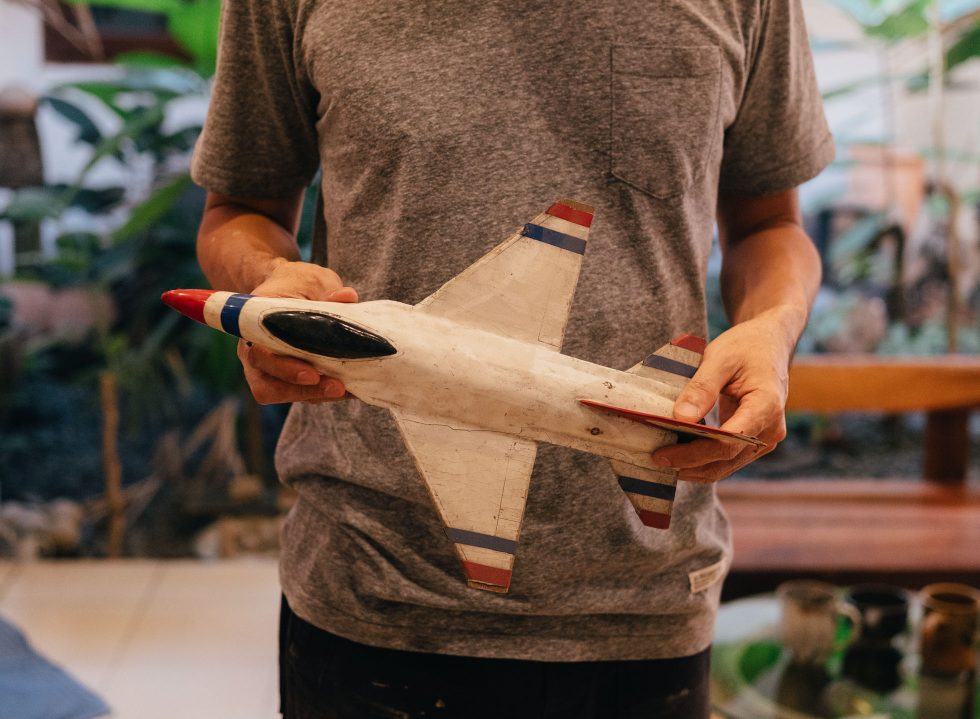 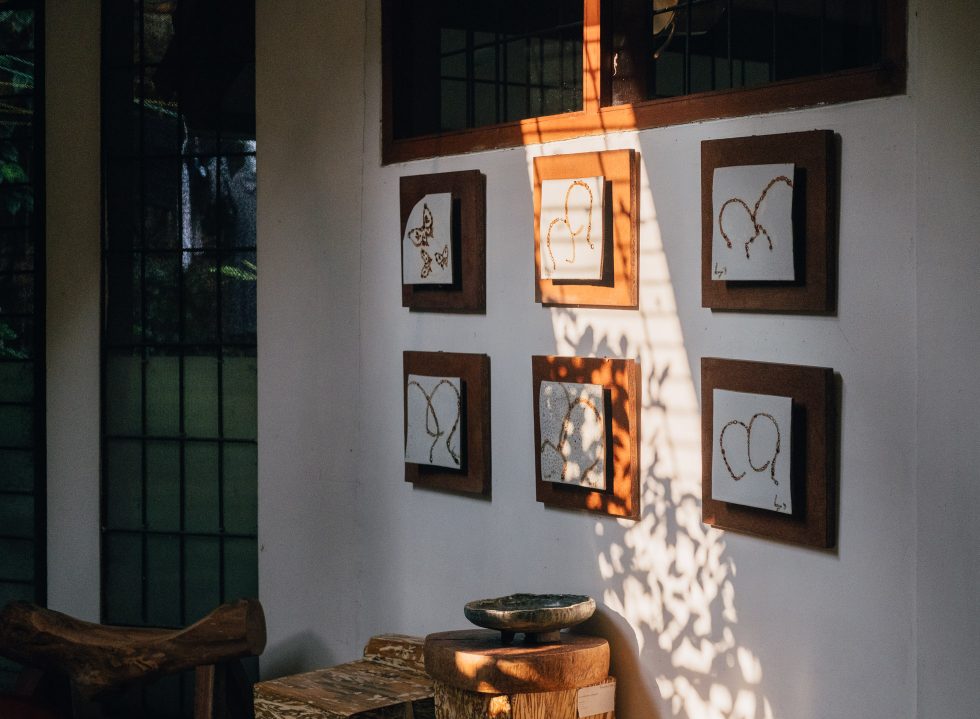 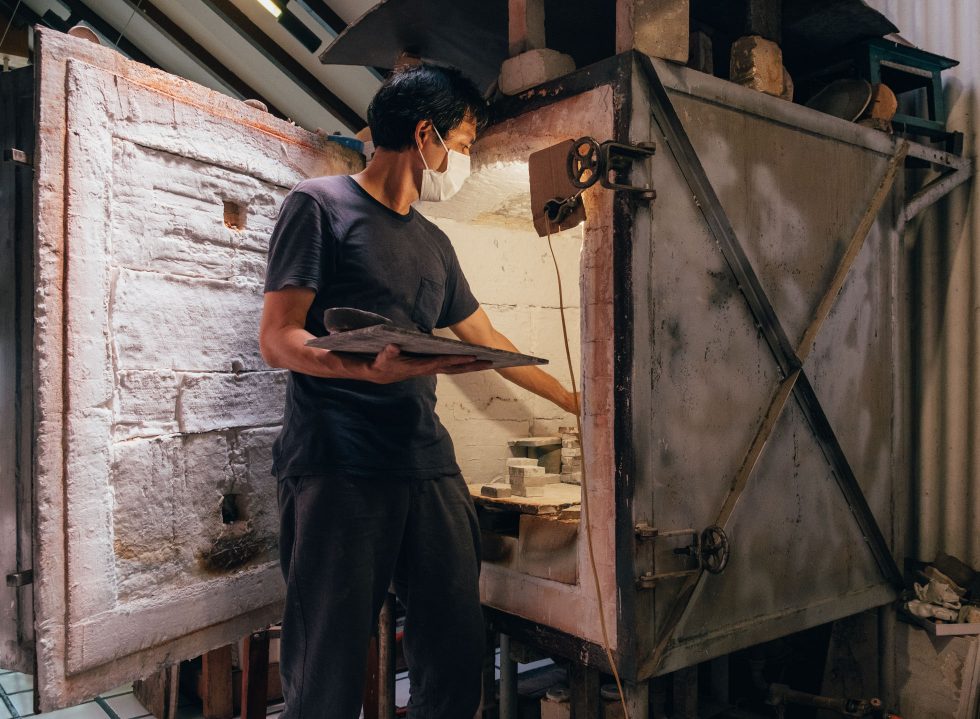 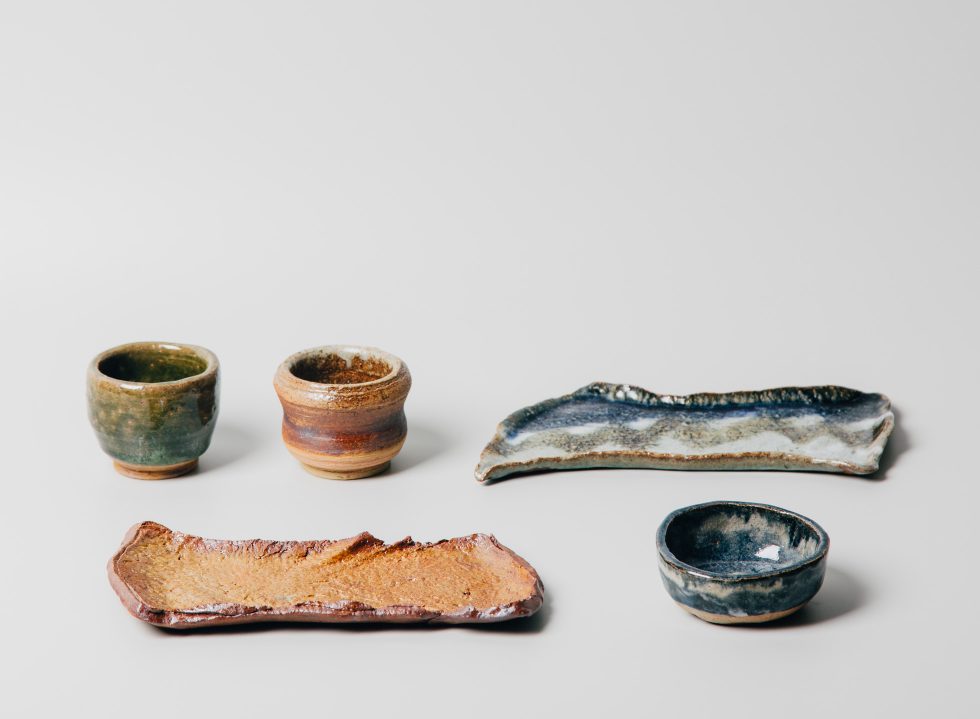 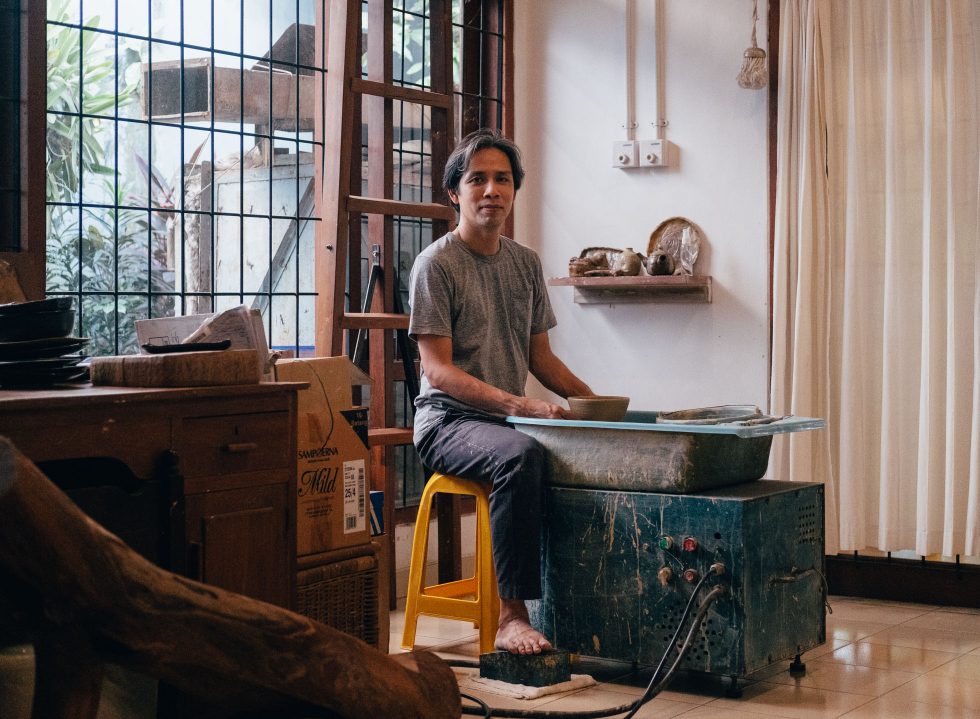 Share
Before the recent rise of ceramic wares and their locally crafted brands, there was Bengkel Keramik Puspa 5. Founded by Haryoadiputro Soenggono, or fondly known as Mas Haryo, the ceramicist has been quietly shaping the local ceramic scene while guiding the next generation of ceramicists.

Today, gift a set of handmade ceramics and you’re likely to be praised for your dandy taste in gift-giving. Do the same in the early 2000s, your thoughtful present might not hatch the same thrilled reaction.

Ceramics today have a different panache than it had twenty, or even ten years ago. If ceramic tablewares are now coveted boutique items, Haryoadiputro Soenggono used to sell them for as low as IDR 80,000 for a large coffee cup, as opposed to the IDR 360,000 usual price tag it would have today. Mas Haryo, as he’s called, described pottery as “a craft unfortunately under-appreciated” before its rise to popularity just a few years ago. And as the founder of Bengkel Keramik Puspa 5, he’s seen the ascent of pottery and their makers happen before his eyes in the studio where it began.

“I founded [Bengkel Keramik Puspa 5] back in 2002 to nurture and host the next generation of ceramists,” said Mas Haryo, and that commitment would stay even if pottery didn’t take off in Jakarta. Luckily, it did. The studio, located in the cosy neighbourhood a stone-throw away from Senopati street is among the first of its kind in Jakarta that houses a common facility for aspiring ceramists and hobbyists. “Most of my students were Japanese expatriates until about a few years ago with more and more Indonesian students taking an interest.”

The studio is a quaint house, nearly resembling a maze of ceramic tablewares from Mas Haryo and his students’ creations piled up over the years. It also doubles as Mas Haryo’s own ceramic factory and a shared facility for local brands such as Soeki Ceramics and The Pot Cartel who handcraft their ceramics there. The famed Ayu Larasati also partook in tutelage under Mas Haryo for a brief stint. It’s common practice to share equipment among potters because the cost of running one is astronomical, considering the equipment (furnaces and wheels) and the space it requires.

The ceramics community, though growing, is comparatively still small with about 50 ceramists and potters in Jakarta, Bandung and Yogyakarta. While it’s not the whole number, the current one is already promising. Coming from the mid-generation of potters, Mas Haryo was in the trade during a period of decline. At the same time, the small community that has formed today is a healthy competition in the revival of ceramics where “potters are here to learn from each other while doing something they truly love,” Mas Haryo revealed.

Under that same spirit, Mas Haryo himself has 20 regular students who come and leave the studio as they wish, which was of course, before the pandemic changed the routines. If not for the hurdle, his studio would be brimming with life. Young kids and adults spend whole matinées and afternoons applying themselves to the craft or learning from their fellows, while Mas Haryo tends to them and his own operation.

Mas Haryo specialises in tableware handcrafted using a variety of techniques such as hand or wheel throw, pinch, slab, and coiling. Day to day, he works in his studio on the custom bulk he receives from establishments, one of them being Bali-based Locavore, who has a particular liking for Mas Haryo’s “raw” and unforged aesthetic. “Lately, people find imperfection in ceramics more appealing. Nobody is demanding smooth porcelain-like perfection anymore,” said Mas Haryo. From mugs, cups, bowls, to unique-shaped plates and platters, the 48-year-old has done it all since his apprenticeship with Liem Kieng Seng, a local grandmaster potter of his time.

Unbeknownst to many, the craft of pottery and ceramics demands more than physical strength and mastery of technique. For one, patience is a virtue to possess. “It usually takes me about two weeks at minimum to finish large orders,” he disclosed. With everything handmade within a shared facility, Mas Haryo operates around a schedule between crafting the wares, glazing, resting them before firing in the oven—a process prone to accidents and mishaps as well.

Baking takes place twice, each session carefully planned around the chemical reaction that it needs to trigger. The first firing occurs on glazed and dried clay at 900°C for 12 hours in the oven, followed by a three-day cooldown. Here, the clay solidifies but remains porous and unusable as a container. With a second firing at a whopping 1230°C, everything finally seals, with a “caramelised” shine coating the body. With this process, the two-week timestamp seems sensible.

“Many in workshop classes assume they can bring their ceramics home after one day, so I guess there’s a lot of misconception about our craft. But a lot of that is changing with more and more people taking a serious liking for ceramics” said Mas Haryo. Studios like Bengkel Keramik are still a few, yet it’s heartening progress for enthusiasts, professionals and hobbyists. And even though for us consumers this popularity dented our wallets, it’s one worth the splurge for the craft that nearly dimmed.