A Lesson of Accessibility with Nadia Pramudita - Manual Jakarta 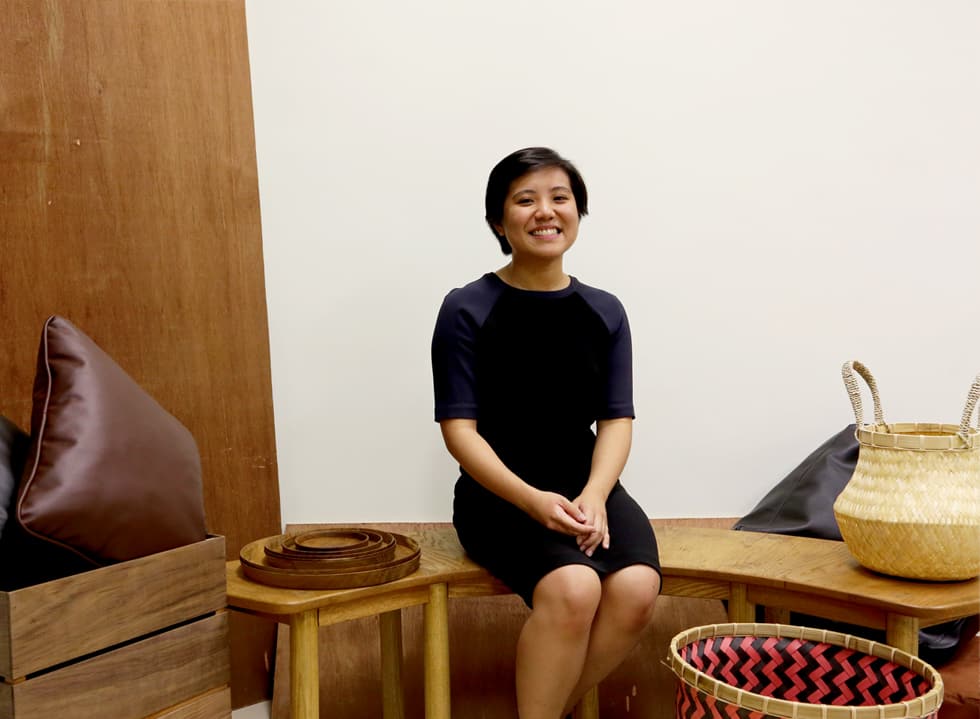 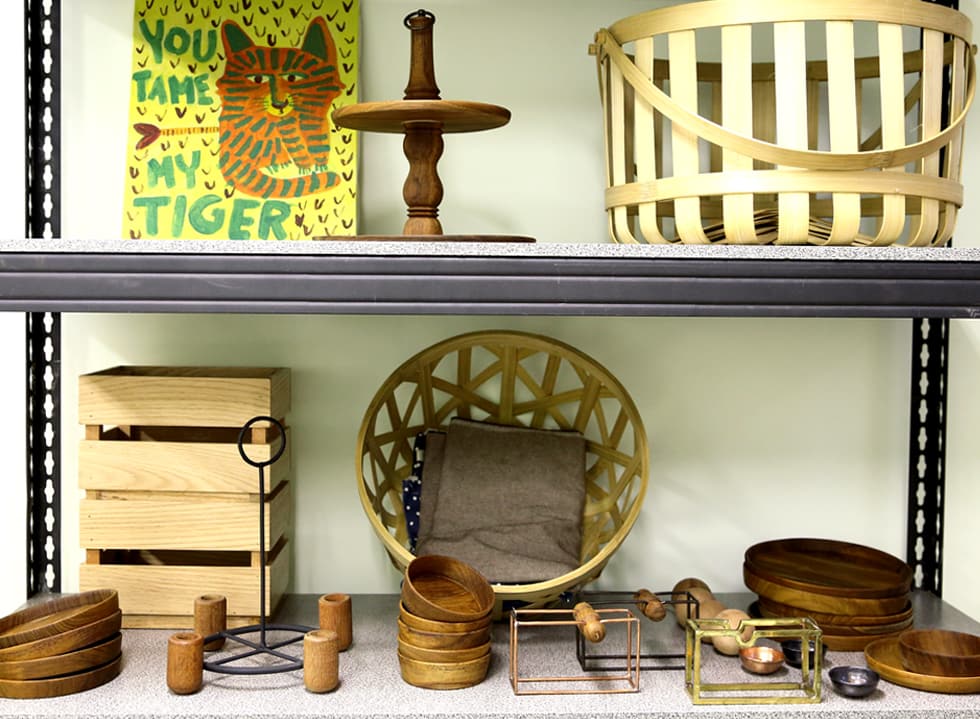 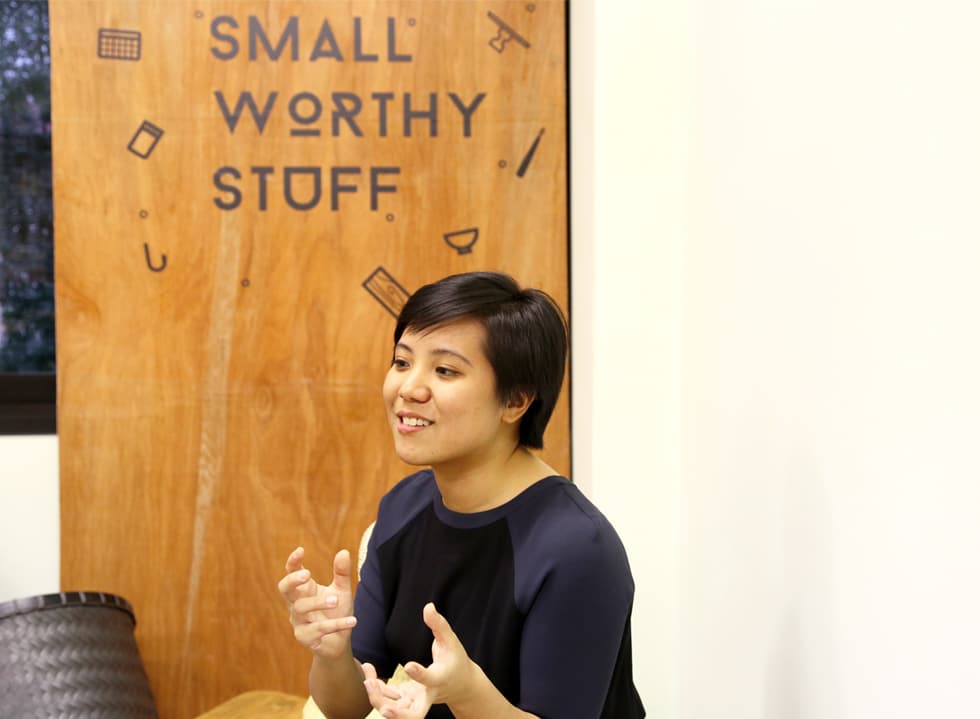 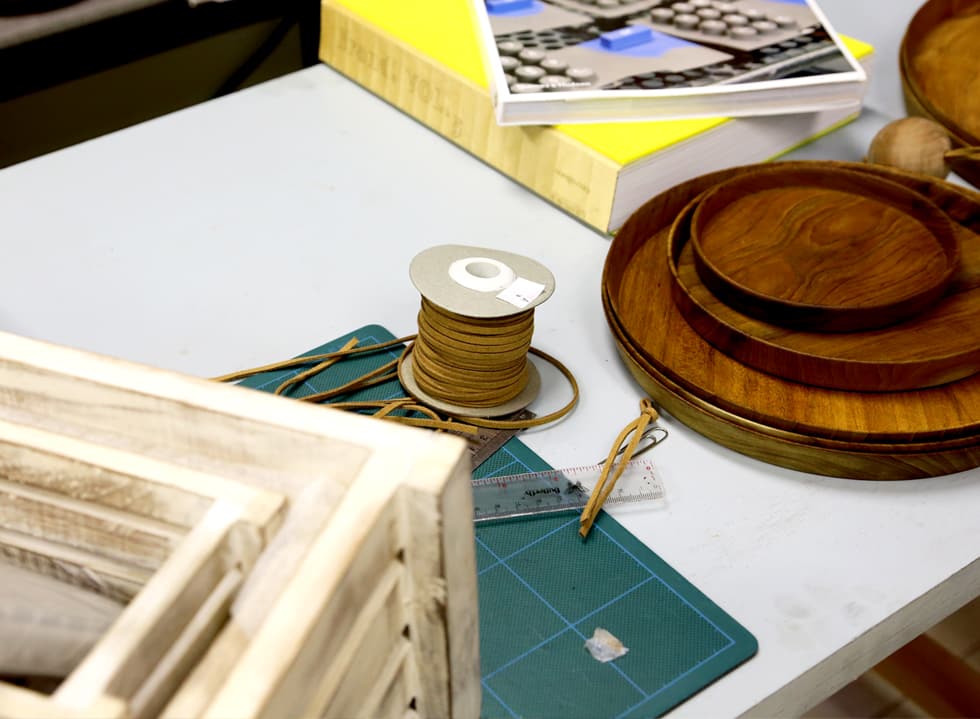 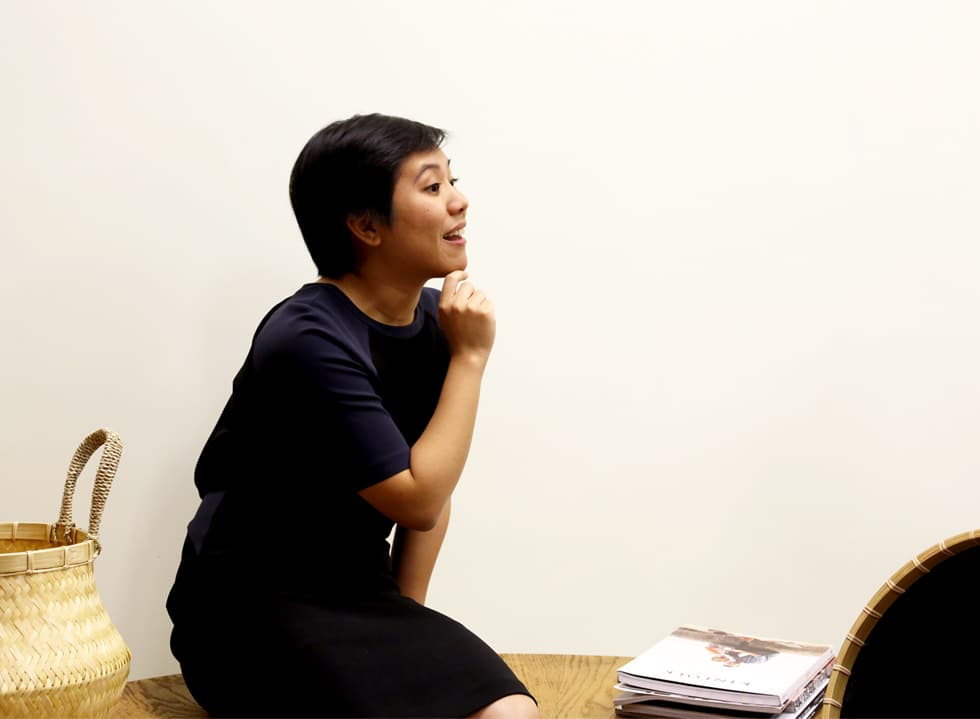 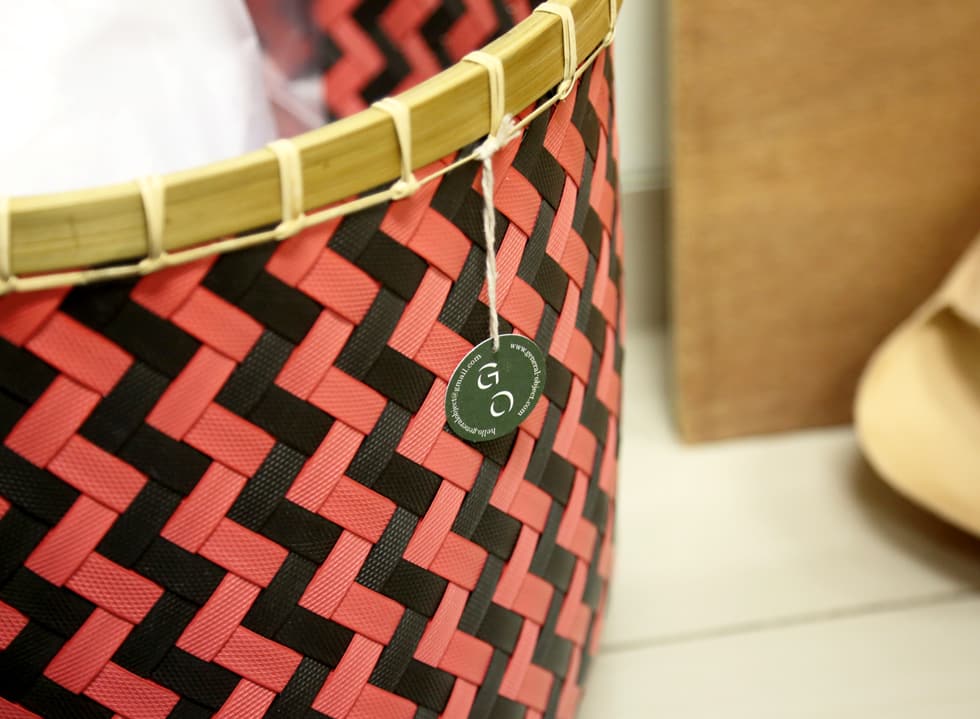 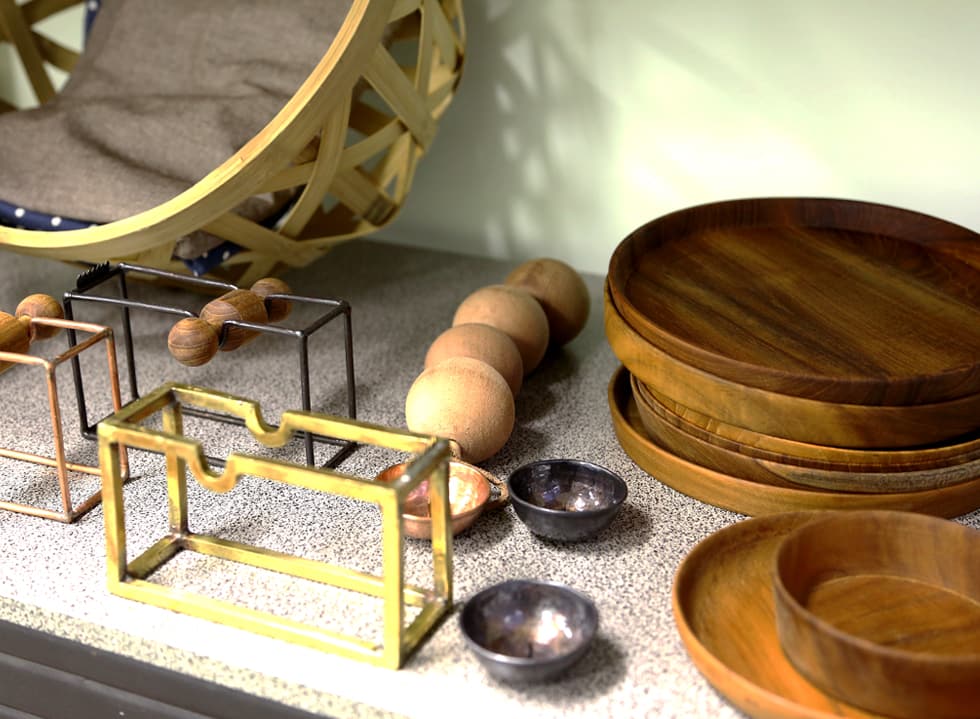 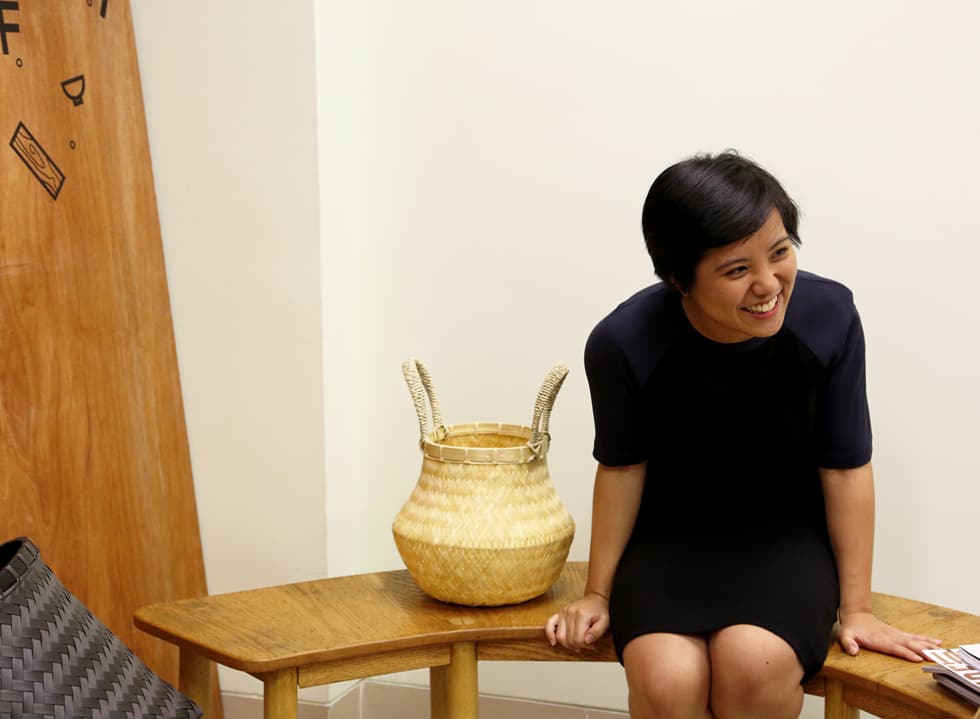 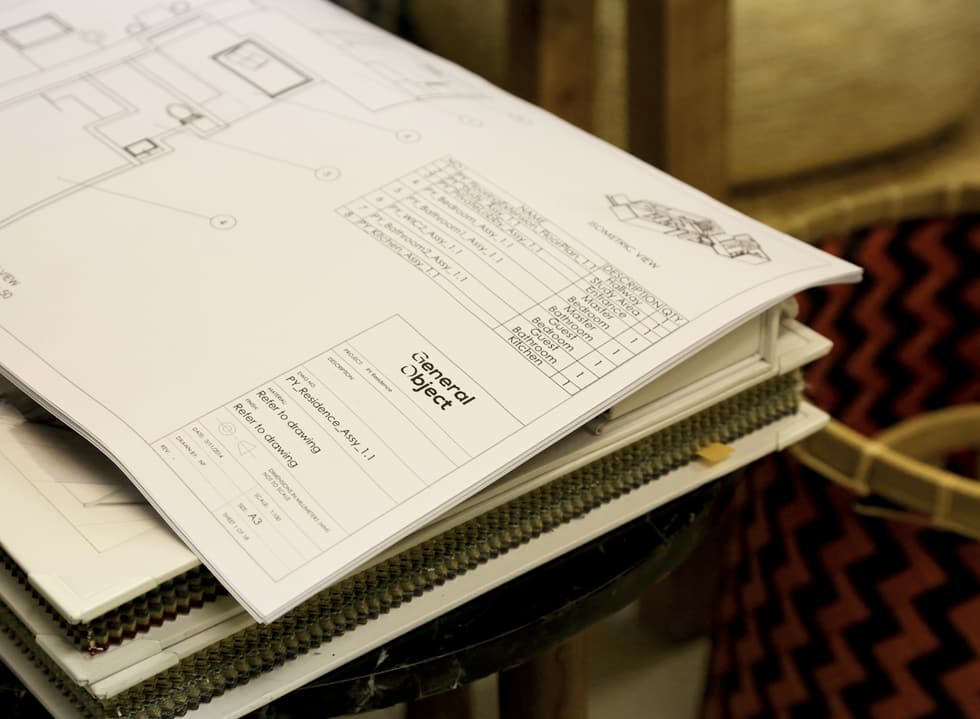 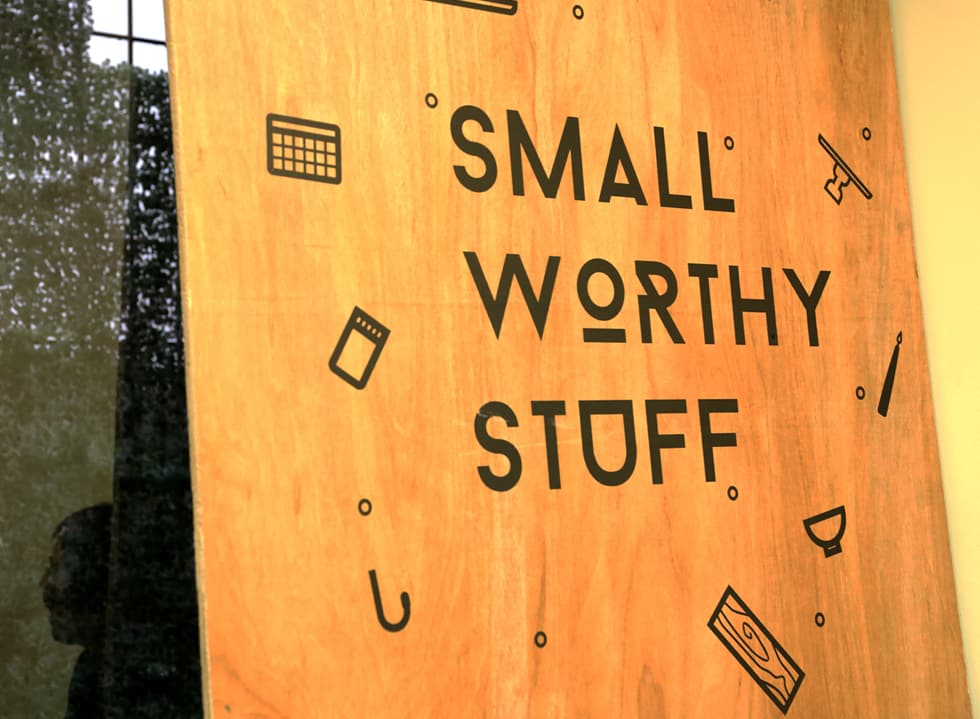 A Lesson of Accessibility with Nadia Pramudita

Share
We talk to product designer, Nadia Pramudita of General Object, on rejecting the idea of design as a form of exclusivity and why she loves IKEA.

It can be a pretty horrifying experience to meet Nadia Pramudita, the woman behind General Object – homeware and furniture label that caters to small homes and apartments, in person for the first time. We’ve agreed to meet at her workspace – a small space that she shares within her father’s very own office, where I’m immediately greeted by the security with inquiries for my purpose of visit the moment I step into the lobby. I stand there as he picks up his phone and announces my presence in the building to someone over the other line, presumably Pramudita herself. He then puts down the phone and whisks me up to third floor where Pramudita waits.

Pramudita is clad in two toned, cap-sleeve bodycon dress that falls just right below her knees with short and neat pixie haircut. No accessories are in sight. Combine her appearance and the experience in the lobby; one may easily mistake her for a boss from hell. But as the saying goes, never judge a book by its cover. Pramudita effortlessly radiates warmth with a wide smile as she stretches her arms to welcome me to her space.

“To me, building relationship with the craftmen is the most important foundation.”

Pramudita’s journey to being a product designer is the kind of story that often plays out in most people’s imagination of the ideal designer. Though her parents do not have any design background, her father often took her to exhibitions and passed her design books when she was young. “My dad is definitely one of the biggest influences on why I got into this”, she says.

Fast-forward to few years later, Pramudita graduated in 2012 with Bachelor in Design, majoring in Industrial Design. But, after a few internships, she decided to return back from Melbourne to Indonesia for good. “Personally, I felt that there are so many opportunities in Indonesia. It is pretty much a ‘accessible’ country for anyone who wants to start something, especially for young designers,” she remarks.

But at that point of time, the idea General Object did not occur to her yet. Instead, she took the time to travel. “In the beginning, I was just travelling to places like Jogjakarta and even small towns like Jepara. Basically, it’s just to observe the craftmen and the work that they do,” she says.

“To be honest, I felt a little left behind compared to some of the peers around my age. They have the networks and know how things work. I wanted to go deeper than that, to get to know the people. To me, building relationship with the craftmen is the most important foundation.”

Pramudita started General Object since September 2013 with one philosophy in mind – to create products that facilitate and fits into small homes and apartments. “I always work around that idea. Be it storage or furniture, it has to serve that purpose,” she explains.

I wonder if that has something to do with her obsession for compact space.

“Well, I’ve been living in small spaces for most of my life. So I guess it influences me somehow,” she says jovially. Pramudita consistently peppers the conversation with smiles and laughs and her cheerful disposition serves as a stark contrast to the gathering of dark clouds outside the window.

I ask if General Object were to be a living person, what would he/she be like? Pramudita places her fingers under her chin and draws a long “Hmmm”. “He would be a striking and attractive person who is simple, honest and straightforward,” she answers with a hearty laugh.

She may sounds like she’s joking but it is most likely not. A quick scan on her products immediately explains why she described it that way. While her products may be simple, it is hard to simply overlook or dismiss it as just an object. It has a certain quiet strength that draws the attention to the product as a whole – the aesthetic, the silhouette to its function. Bottom line, it doesn’t try to pretend to be what it is not.

“Design makes no sense,” she says, “if it’s exclusive. It doesn’t change anything. I want it to be accessible and still able to reshape people’s life at the same time.”

Speaking of accessibility, what does she think then about the fact that IKEA, one of the world’s largest furniture retailers that offer functional furniture at an affordable price, will open its store in Jakarta this year? Doesn’t the news come as a threat to independent homeware and furniture labels like General Object?

“Nope. I love IKEA!” she draws her head back and lets out an animated laugh. “And anyway this is the creative industry that we’re talking about. Faced with such competition, you simply have to move on and do better works. Although other than accessibility, I feel that we’re pretty different in many ways,” she explains.

“Furthermore,” she says, “with IKEA coming in. I think the market will be better educated on what good furniture is like. And when they are better educated and informed, it will lift up the image and status of the rest of independent furniture brands as well.”

There is no a physical store for General Object as of now. Instead, it is sold in various boutique stores and online shopping sites such as Bobobobo and Shopdeca. Is there any plan to start one?

“Yes. But I’m leaning towards an idea of a mobile shop. For startups like us, it’s tricky. People told me flat out that it’s going to fold if I were to open a store,” she tilts her head and pauses briefly. “But, it’s not a stepping point for me anyway. I prefer the guerilla ways, something that is out of the norm. I don’t want my success to be dictated by how closely I stick to the formula.”

“In the end, it boils down to how you utilise the opportunities.”

By now, the dark and heavy clouds begin to drip drizzle that gently taps on the window. It’s almost dinnertime and most of her father’s employees have left the office. I take this as a sign for one last question and ask her on what is the hardest part of running an independent business?

“It’s all about your own initiative. I strongly believes that it is hard to maintain your motivation if it’s not your calling. To make it happen, it requires a lot of efforts and commitment from yourself. You’re very much on your own. But the great thing is everyone is helpful here,” she explains as a matter of fact.

“In the end, it boils down to how you utilise the opportunities.”