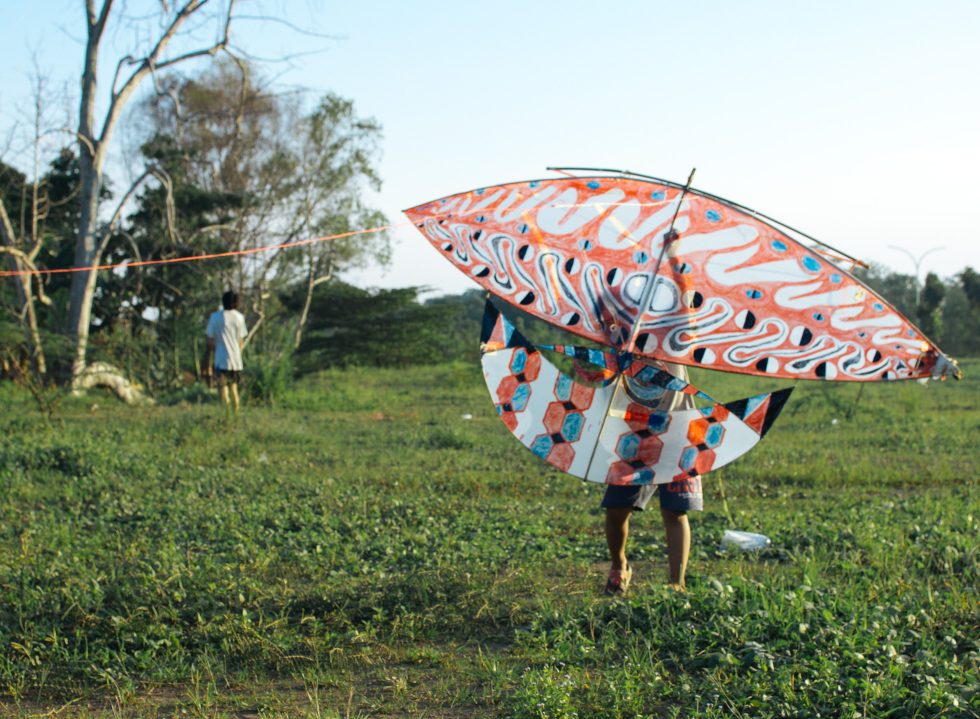 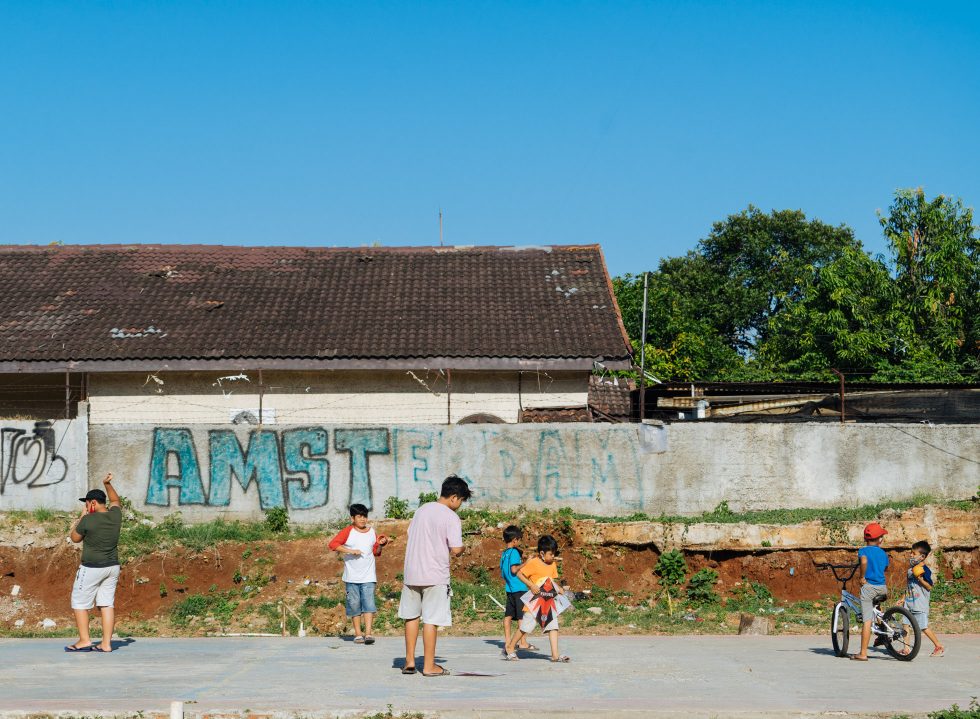 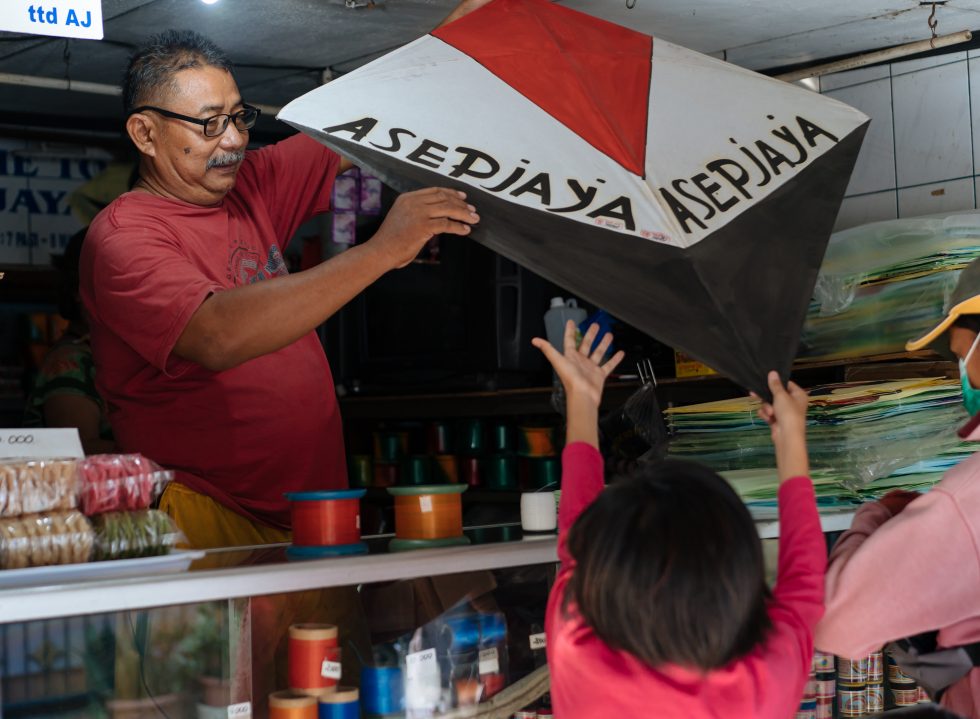 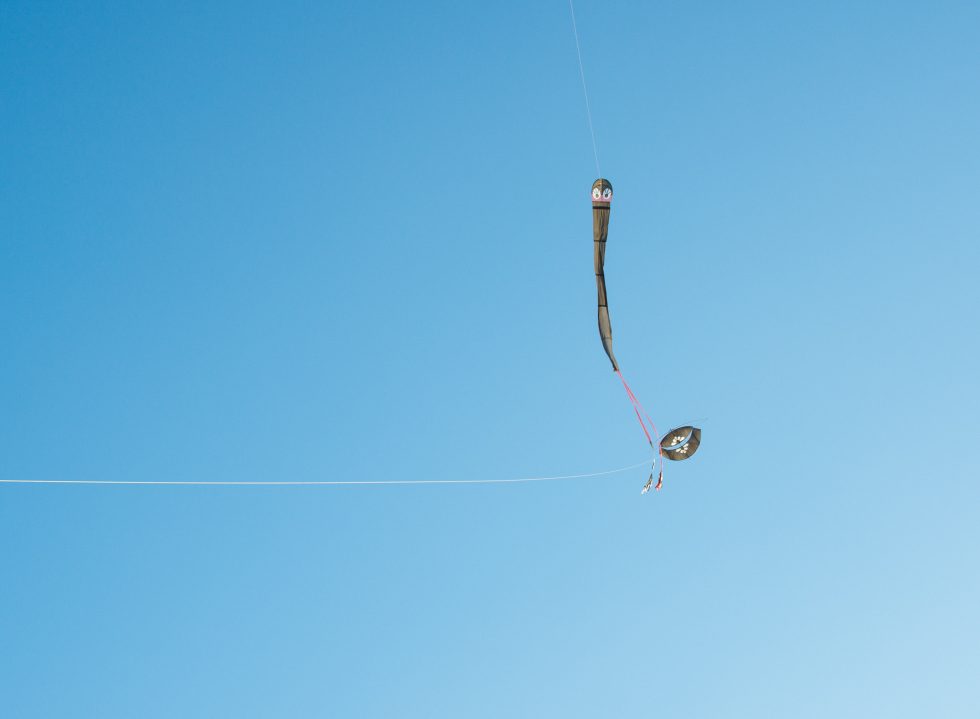 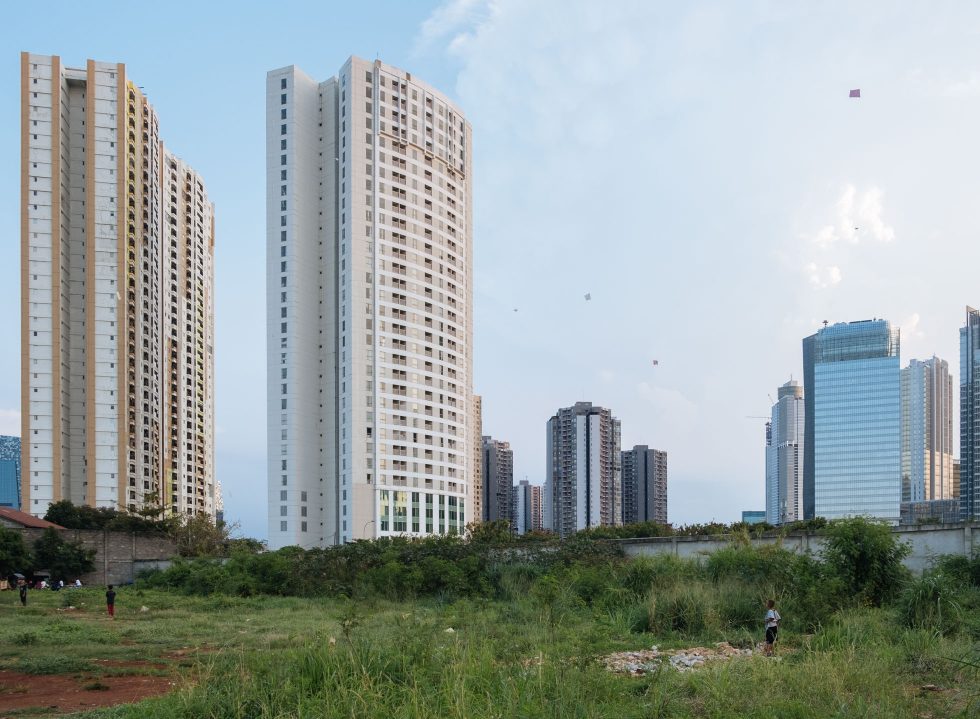 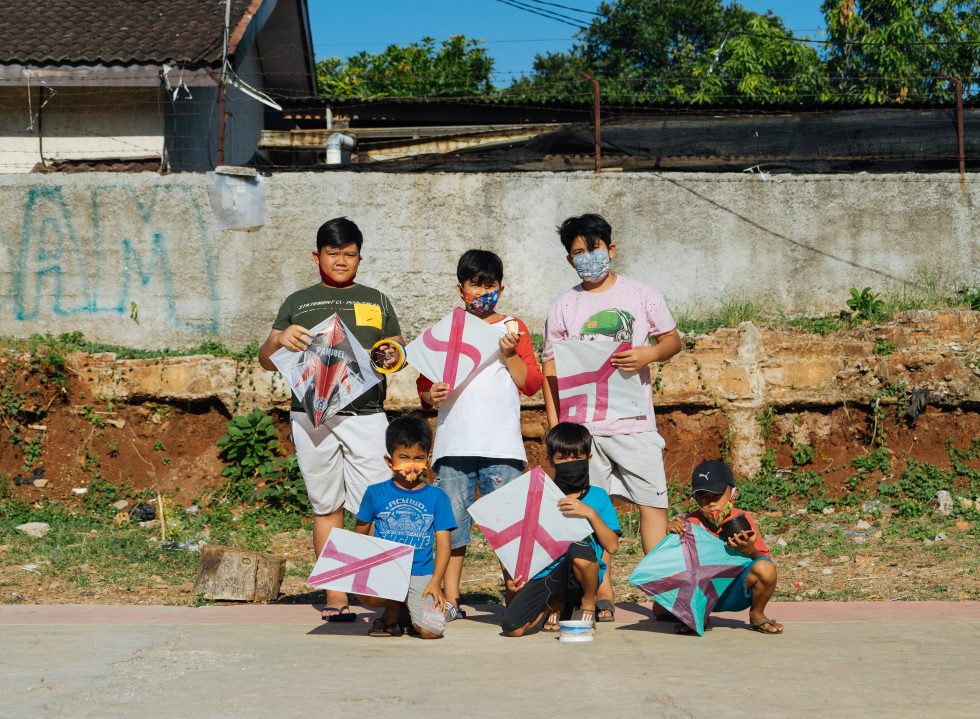 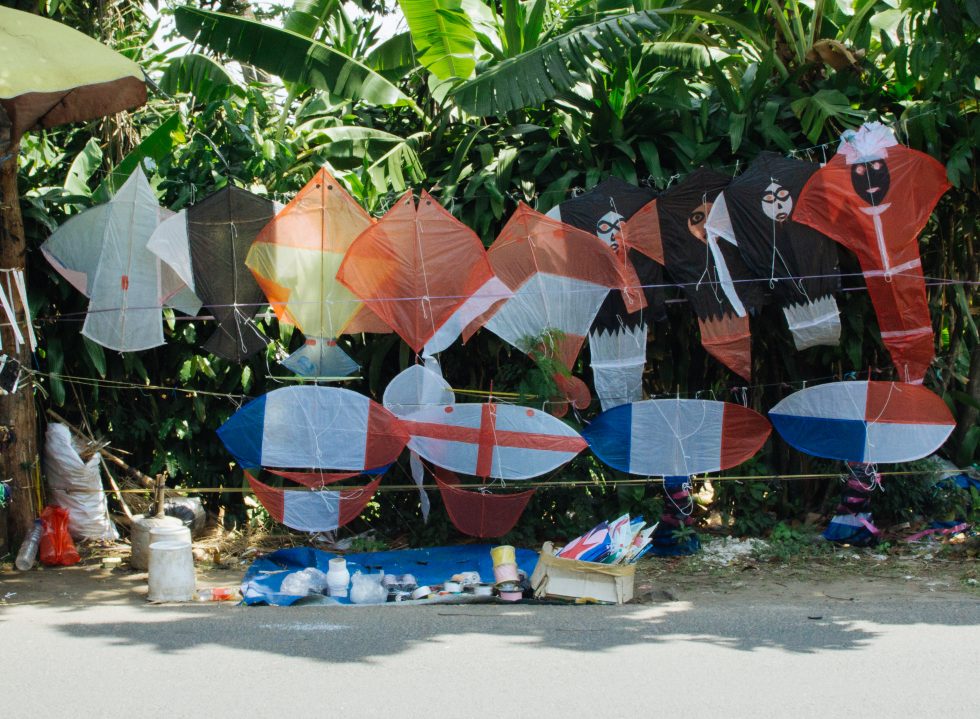 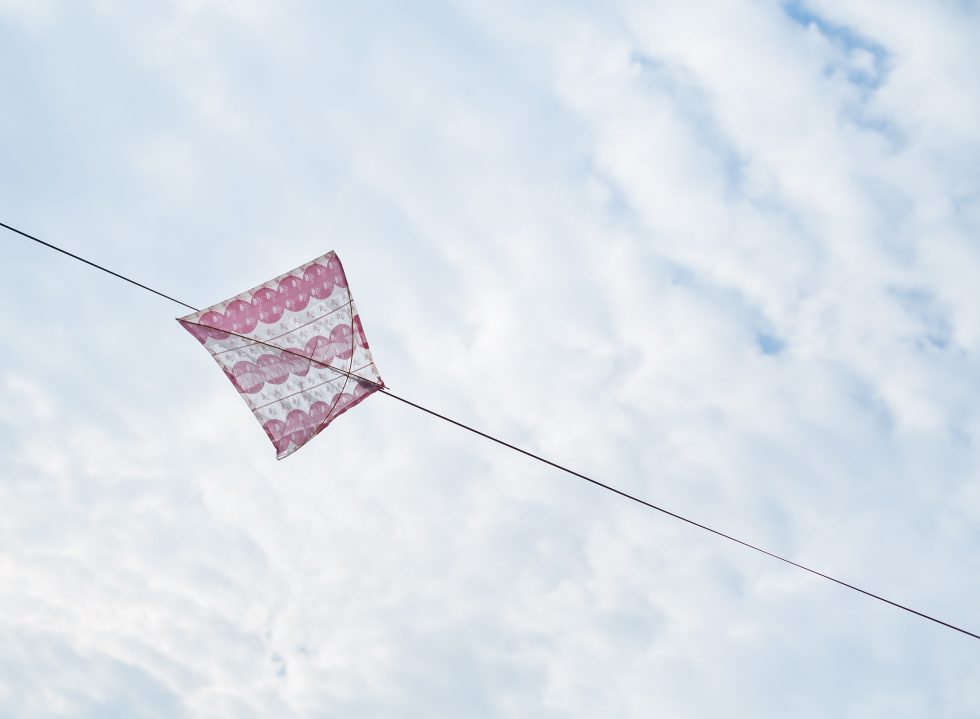 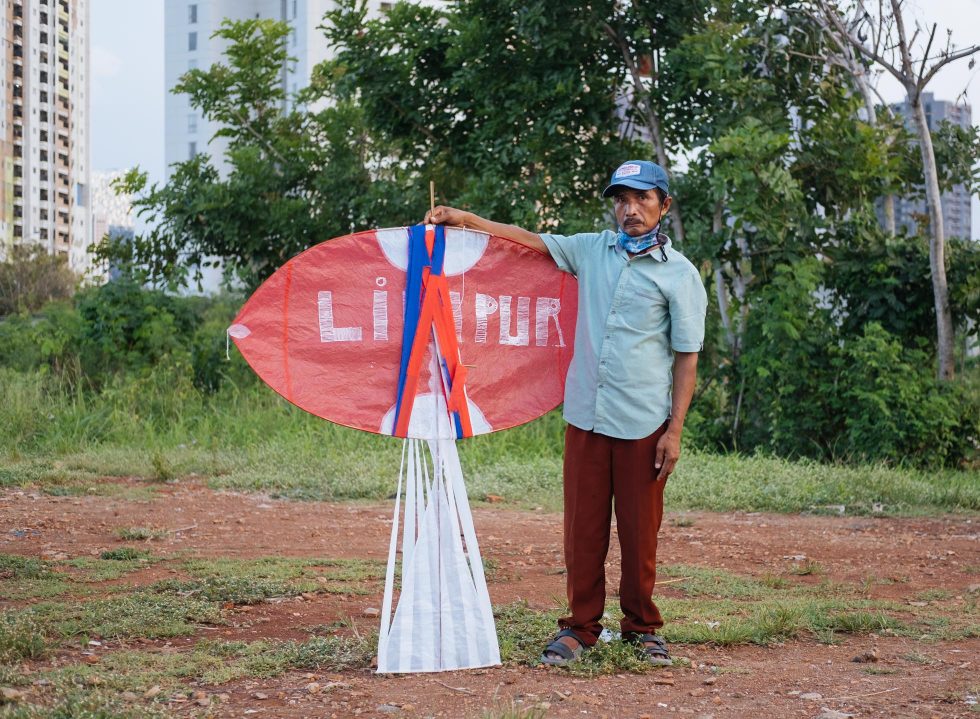 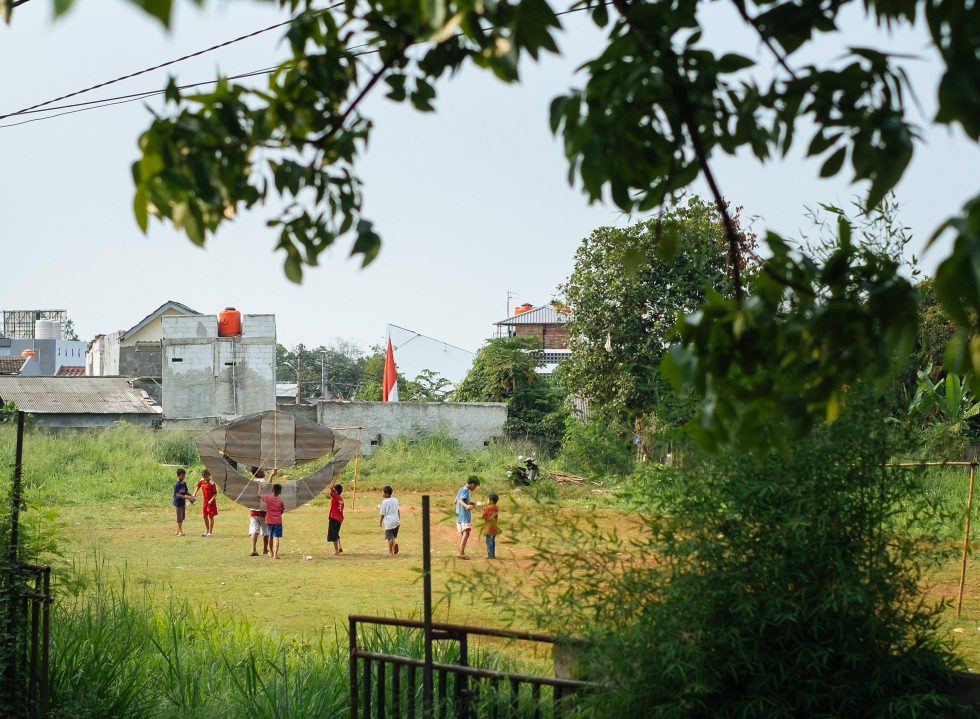 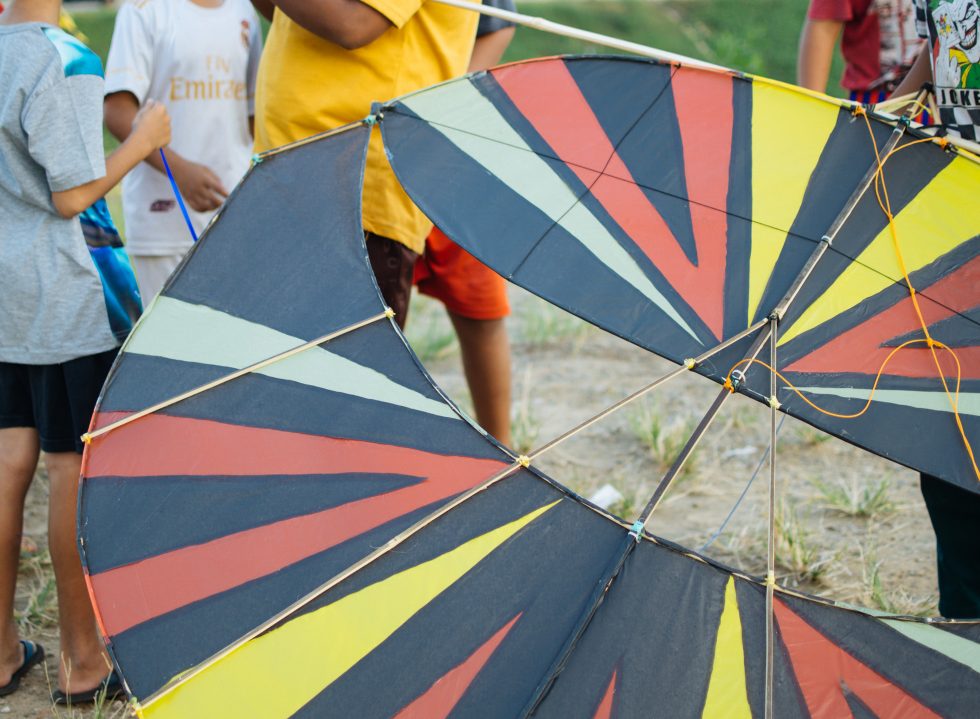 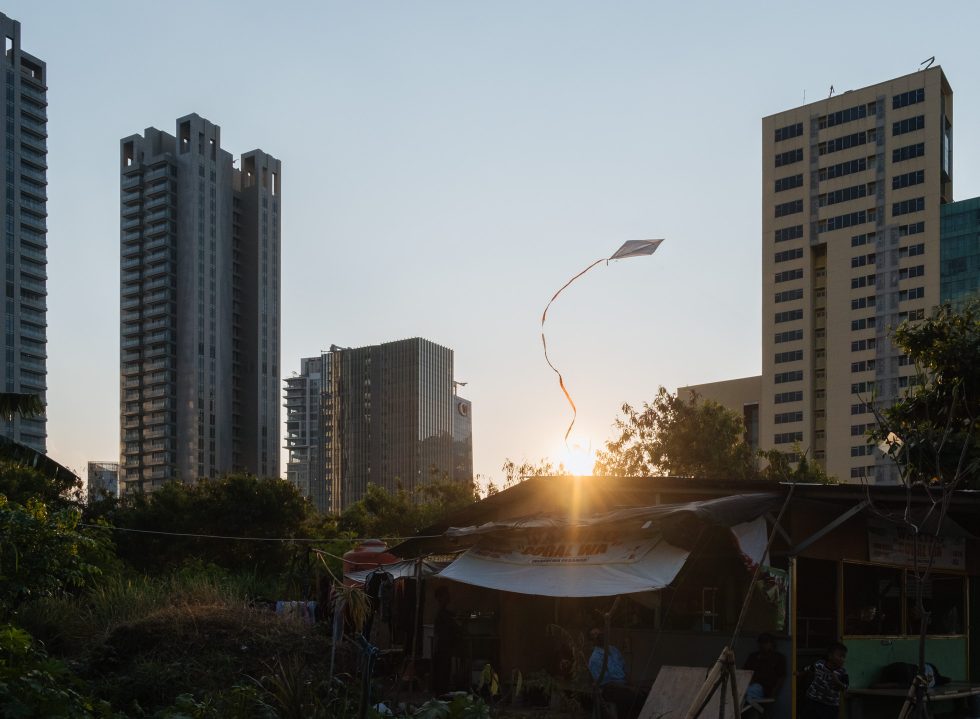 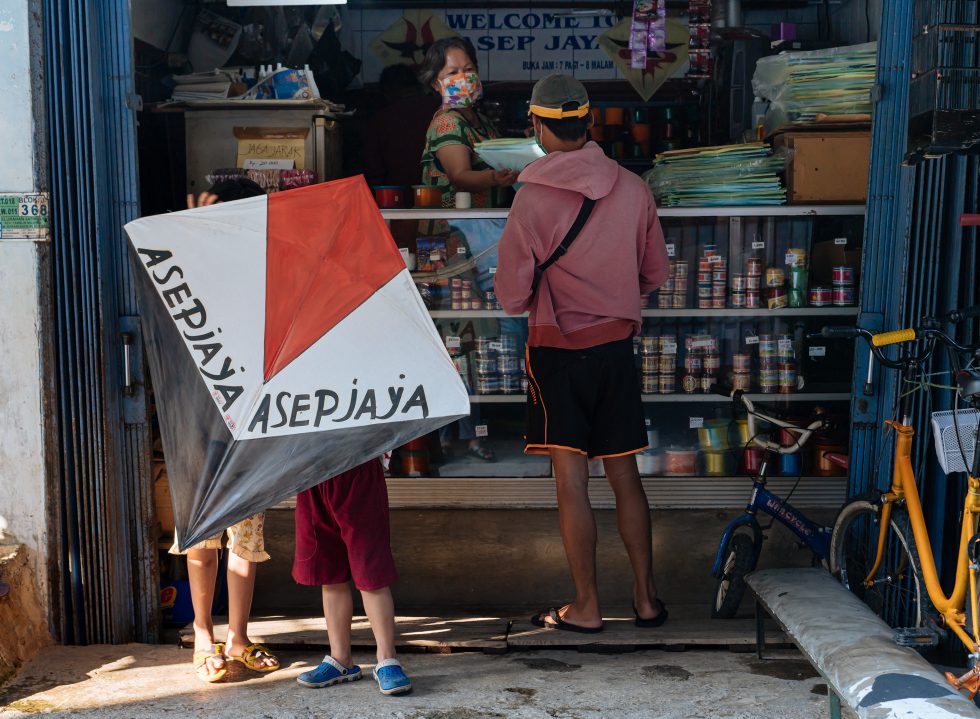 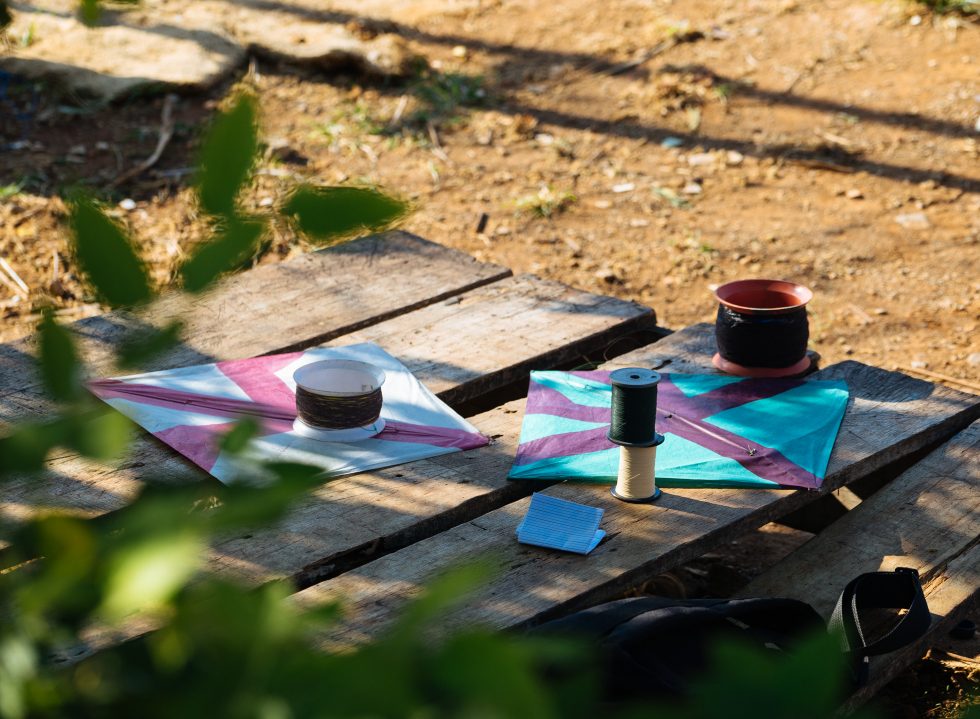 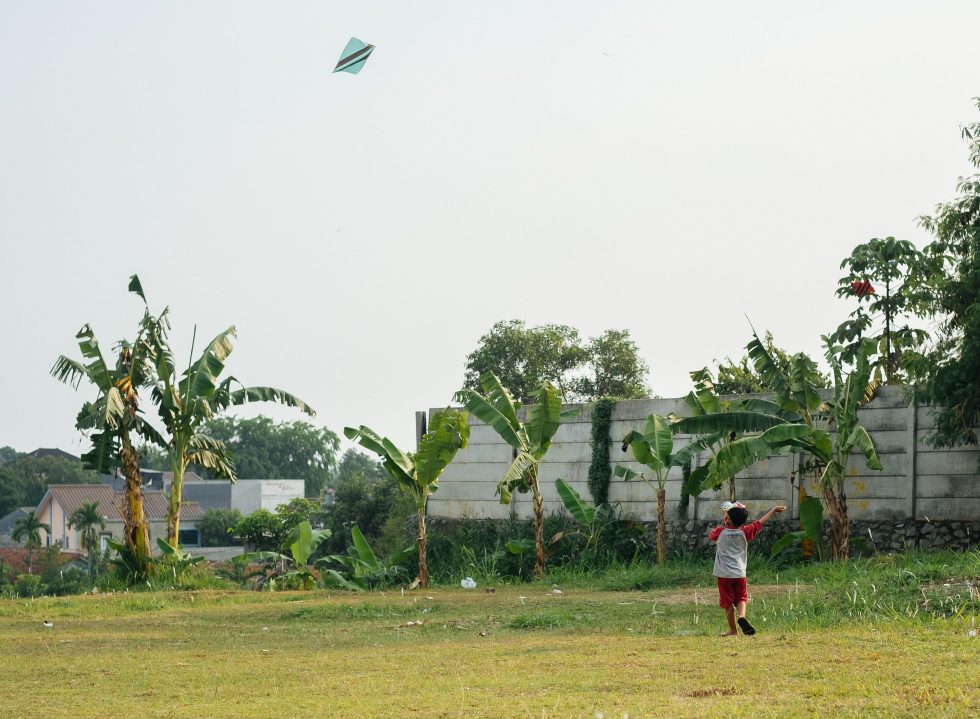 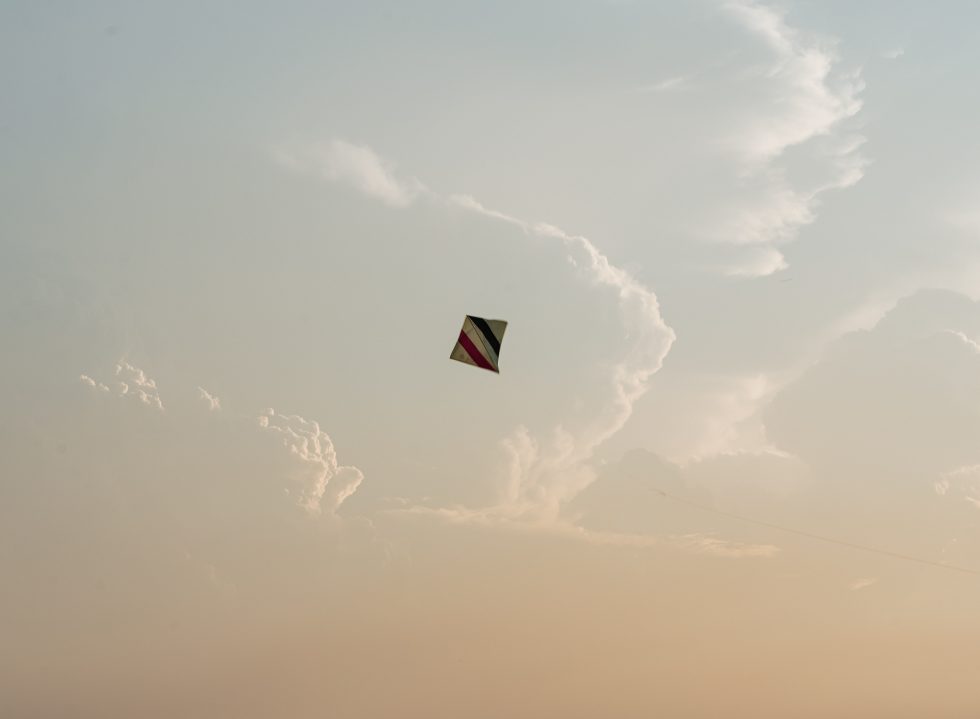 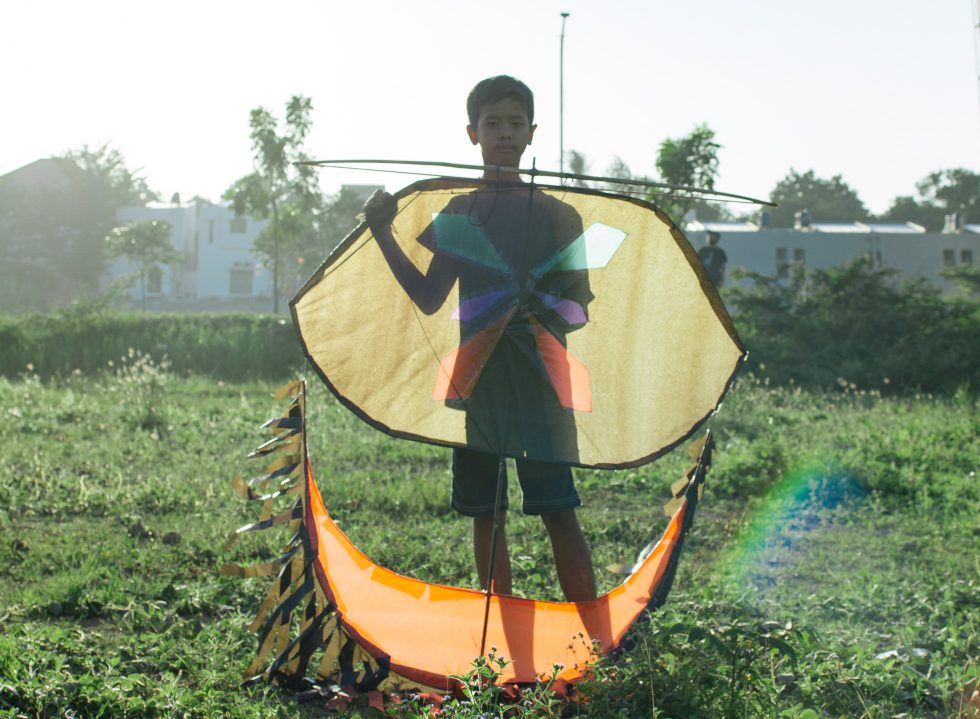 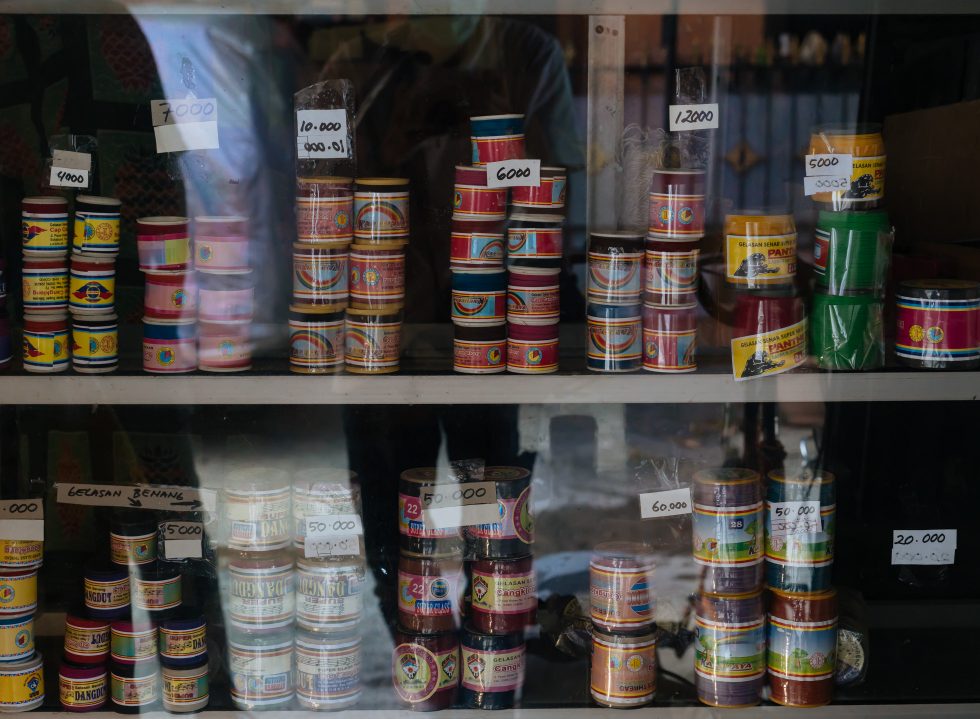 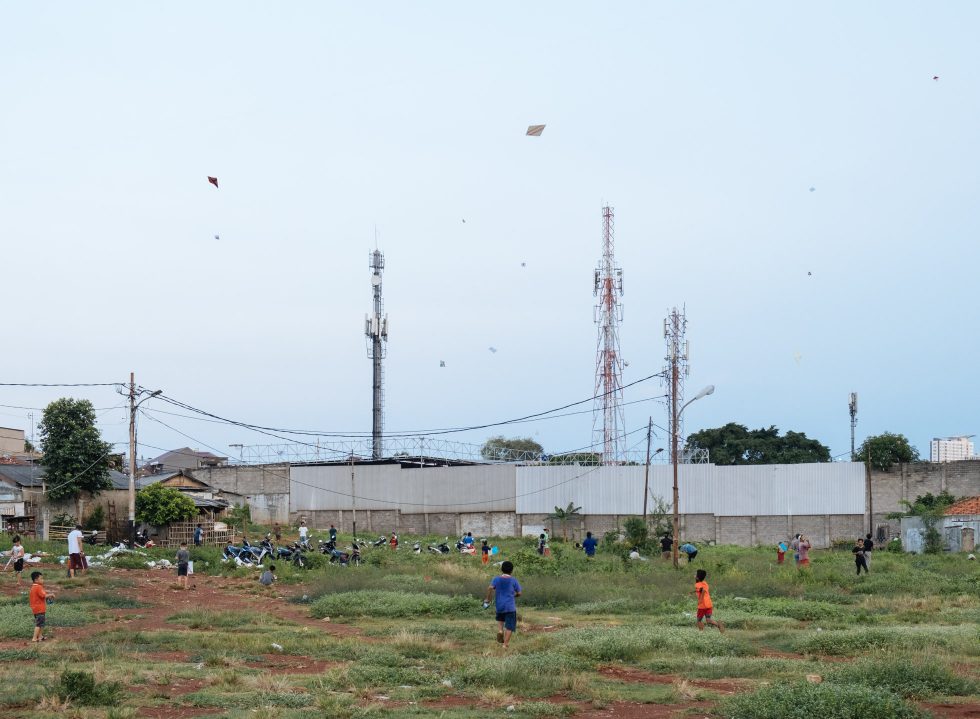 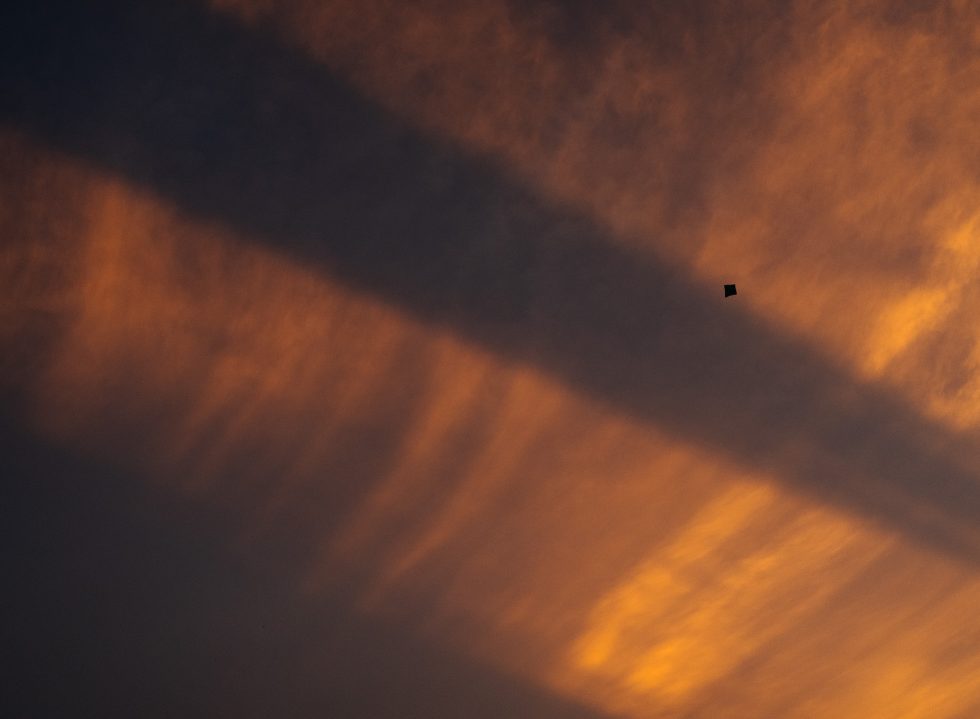 By Hana Oktavia A.
Share
The pandemic has brought back a season for kites. In the daylight, colourful paper kites soared across the city’s sky as groups of kite-flyers held onto their strings to keep them sailing high, this time with face masks on. Taken in Jakarta’s various neighbourhoods, these images show the return of the forgotten pastime where social distancing is already at play.

The pandemic has put the world to a halt for quite some time, but just when many grew more hopeless following the city’s reinstatement of the large scale social restrictions, a sight rarely ever seen in Jakarta has recently flared up—kites floating high above the metropole, an endearing testament to how the nature of the daunting virus has brought back another fading tradition, making the pastime a timely entertainment in times of distancing and loosened in-person interactions.

Though this may not be the first time that we see the return of a forgotten pastime, the act of kite-flying seemed to cast a certain spell. Besides its mere modesty and traditionality, the hobby is one amongst a few outdoor activities where safety protocols are already in place; held in outdoor spaces like an empty lot or a field, a good rule of thumb is to keep one’s distance when sailing off a kite to steer clear of tangled strings. With a few hours of fresh air set in a breezy day, it’s no wonder that kite-flying has become instinctive during a global pandemic.

Lately, afternoons in parts of Jakarta have turned less dull as groups of kite-flyers (with face masks on) parade their ‘aircrafts’. Around the posh districts of Setiabudi and Kuningan, kite runners of all ages found space in an empty field just a stone’s throw away from mega mall Epicentrum, now desolate by dint of the pandemic.

Just a few hours before sundown, the paper kites were up high; giving off a rare view in which kites of various shapes and colours encompassed the orange-tinted sky. For a little while, the sky looked like it held a parade.

On a football field in rural Bintaro, young kids posed with their giant kites that soon became tattered from hours of kite fights. A street kiosk was spotted near the area, where kites of the most piquant styles make a train; from flaunting national flag designs to taking the form of infamous local ghosts, the scene would turn the heads of any onlooker. Though trivial, this anecdote casts a light on the very distinct eccentricity and creativity of the locals in which everything must have a touch of humour no matter how little.

Some days, neighbourhoods in Gading Serpong and Bekasi host the same spectacle. In the latter, a kite shop founded in 1998 had never been busier as many denizens have resorted back to this frolic. Just in a time where restless days at homes give way to screen addictions, the thought of either watching or flying a kite sounds virtually meditating. Amidst the silenced urbanscape, the idea of taking up the forgotten pastime may be fitting, but this period also begs the curiosity of what more exciting rarities will take shape in the days to come.

A City Obscured of Hope

In this photo essay, we see Jakarta languished and absent of our daily motions. Taken from the perspective of Manual Jakarta’s photographers, these photographs bring light to the sheet of uncertainty that continues to envelop the city, and our ongoing fight against it.

Catch a Whiff of Oaken Lab

Cementing its mark on Indonesia’s body-care industry, local lifestyle brand Oaken Lab aims to elevate your daily rituals with their signature scents which are quickly making its way to homes, each with a story to tell.

Slowly enlivening the previously faded out neighbourhood into fertile ground for creative endeavours, the growing creative community of Grand Wijaya shows us how artistic collisions and effective cross-industry collaborations points the way forward for the local creative industry.

Managing Editor Erdira Wirengjurit would like to tell you about Collective Effervescence, how it’s responsible for our happiness and the emotional slump we’re feeling and how staying home can save everyone.

Usually, single-use items and sustainability don’t go hand in hand. That’s not the case for Bali-based TISOO and its aim to do good for the environment with one tissue roll at a time, deserving a spot for Manual Pick, a series where we highlight items we love and desire that range from remarkably banal to mucho fancy.