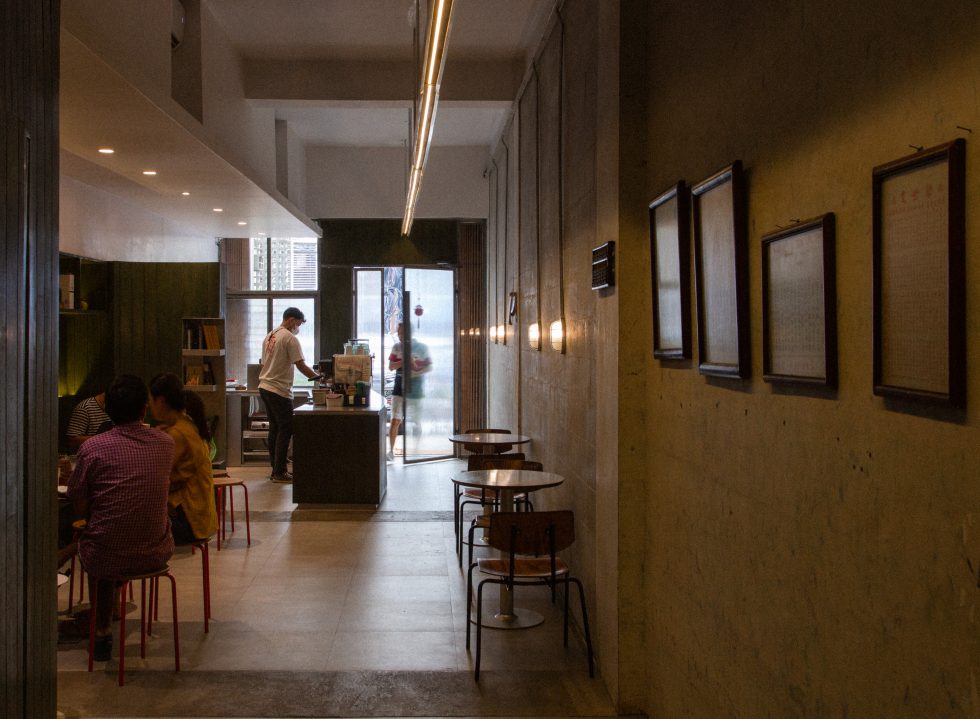 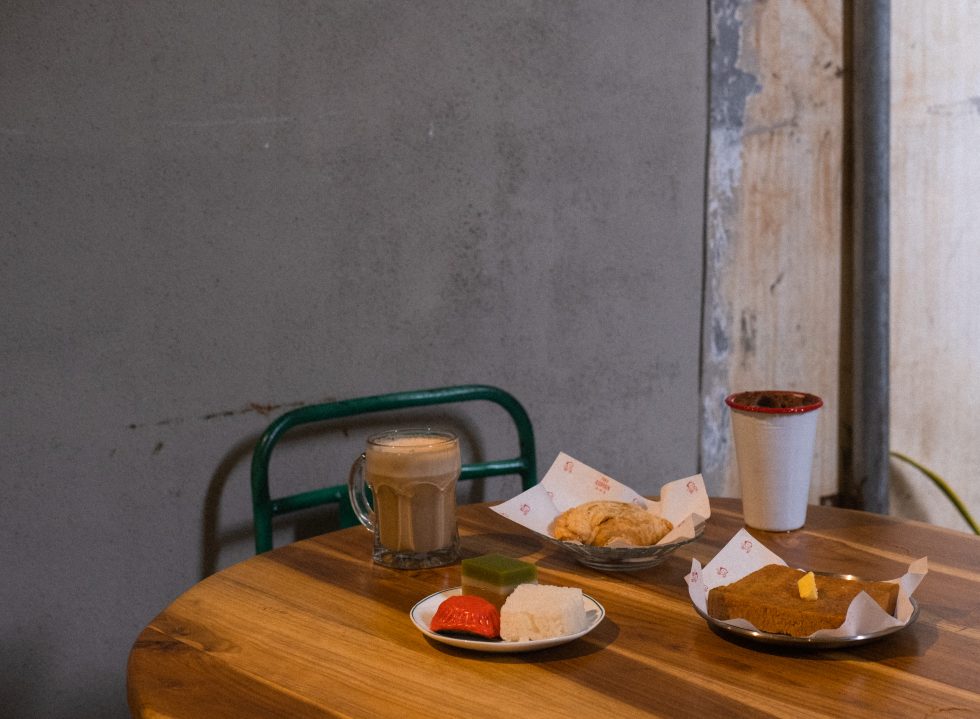 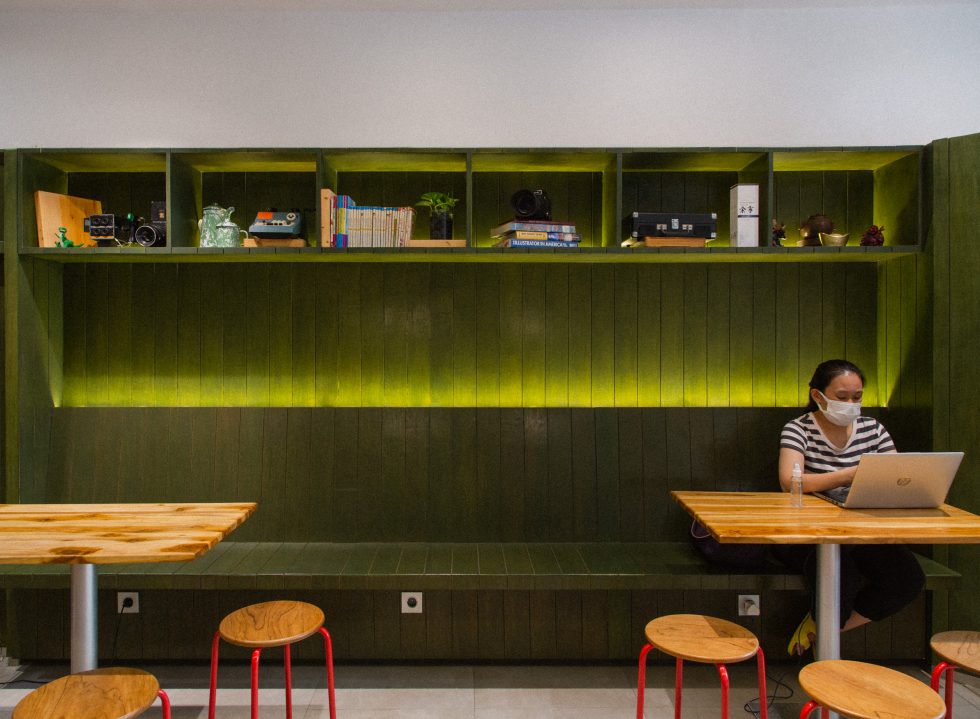 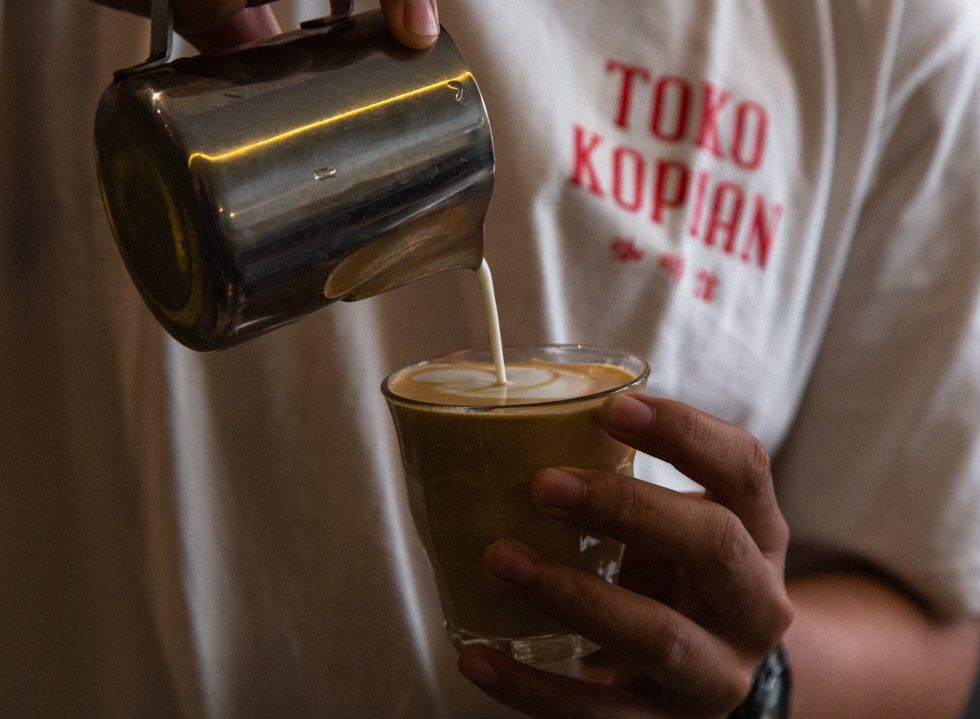 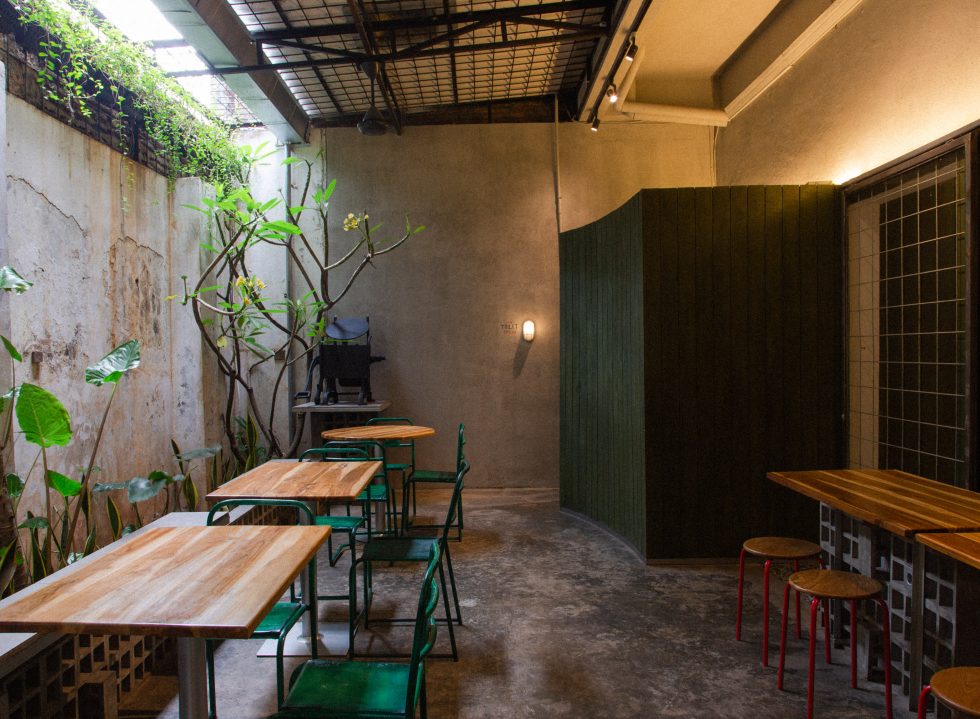 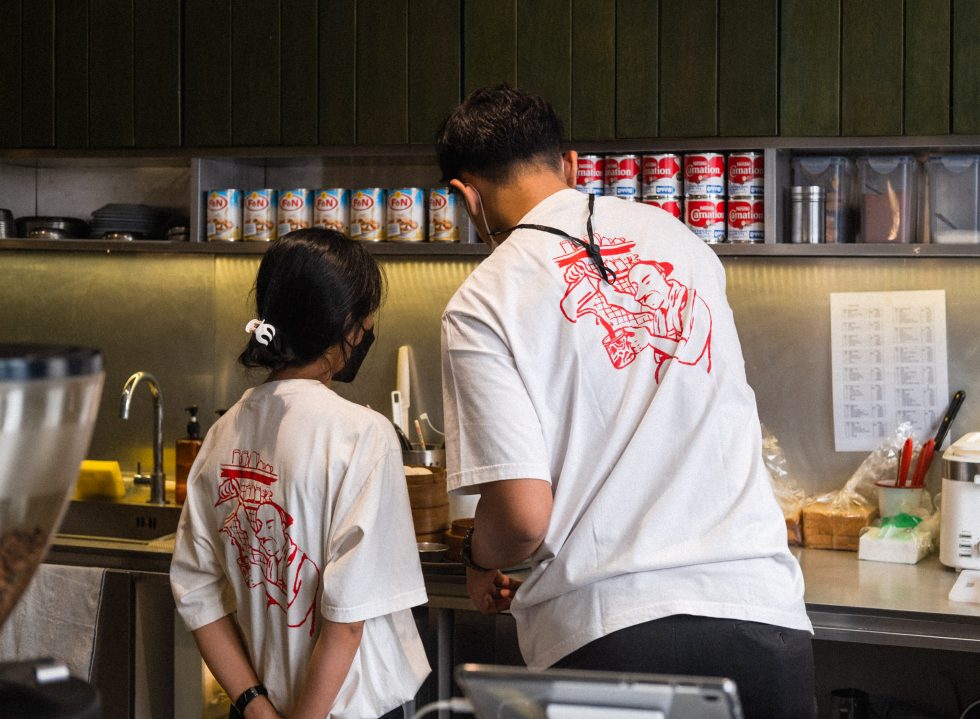 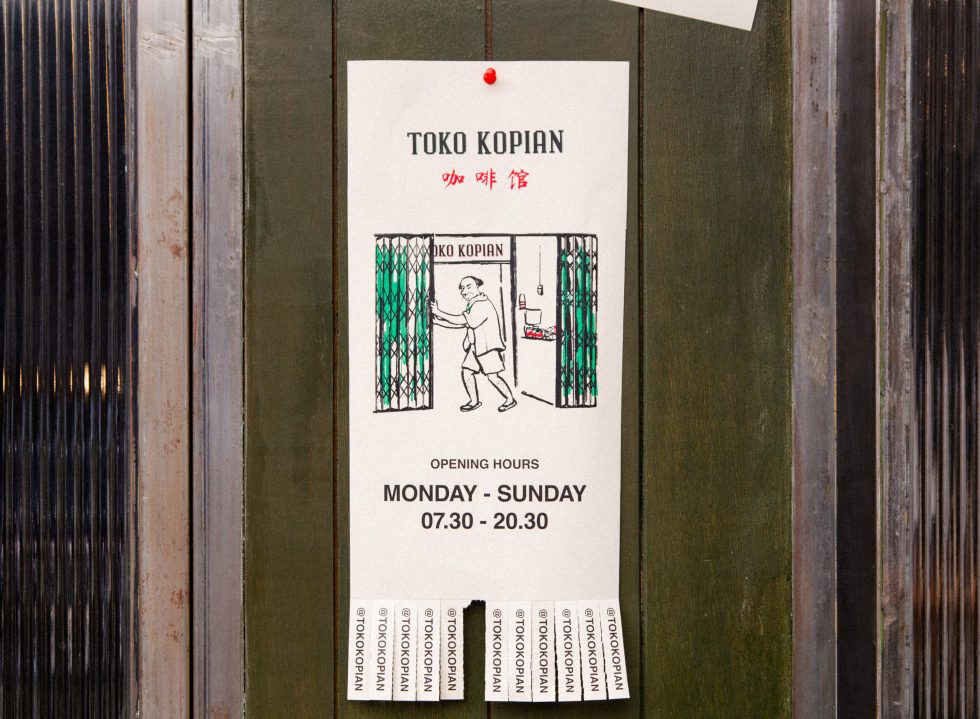 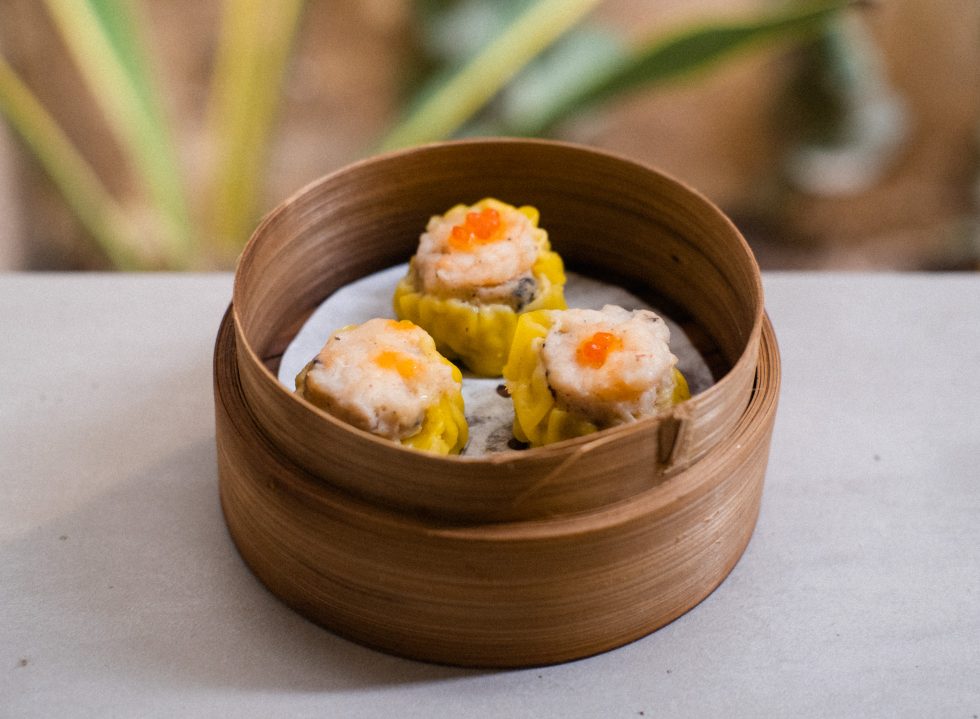 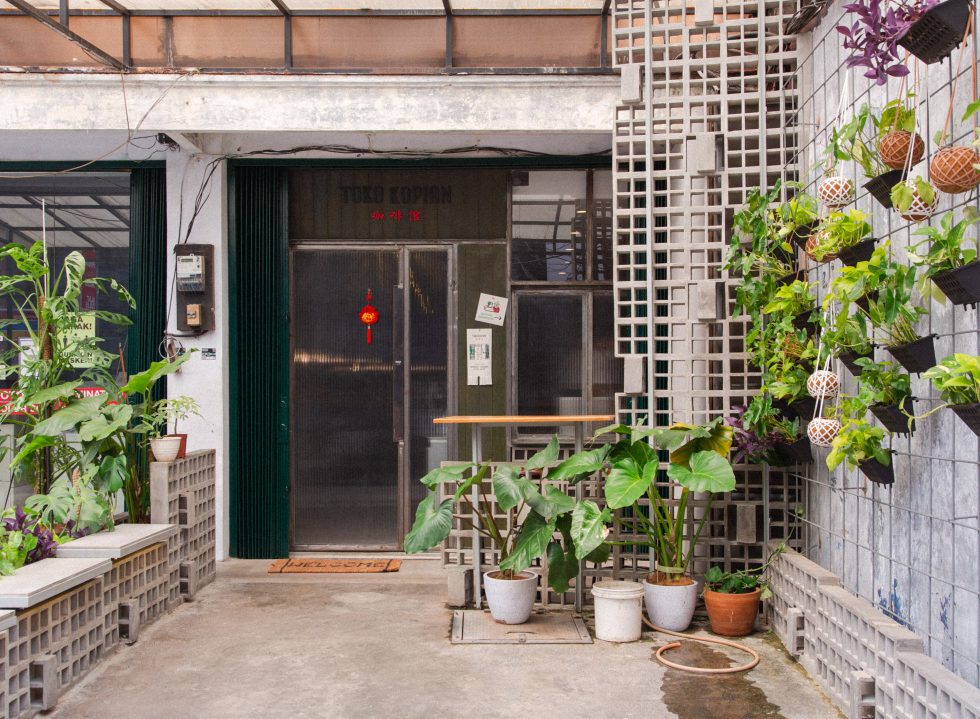 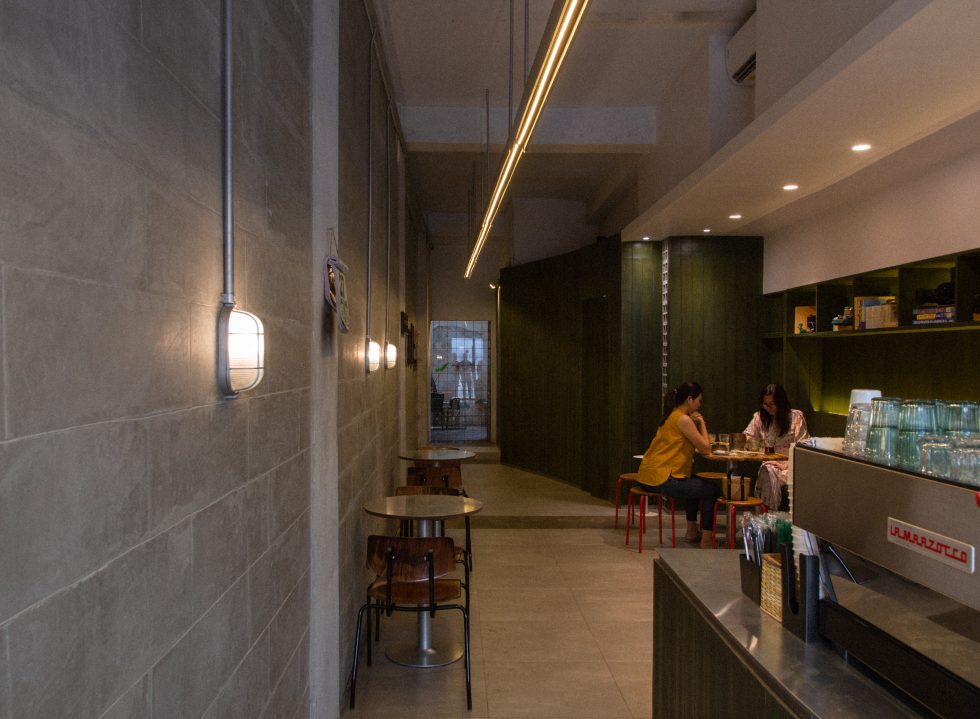 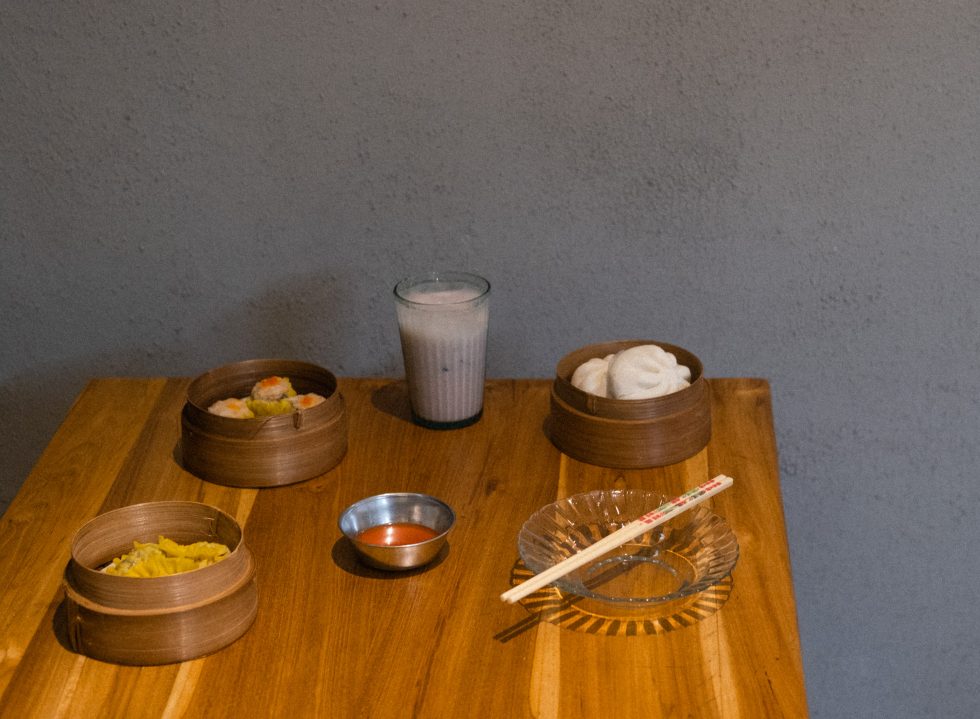 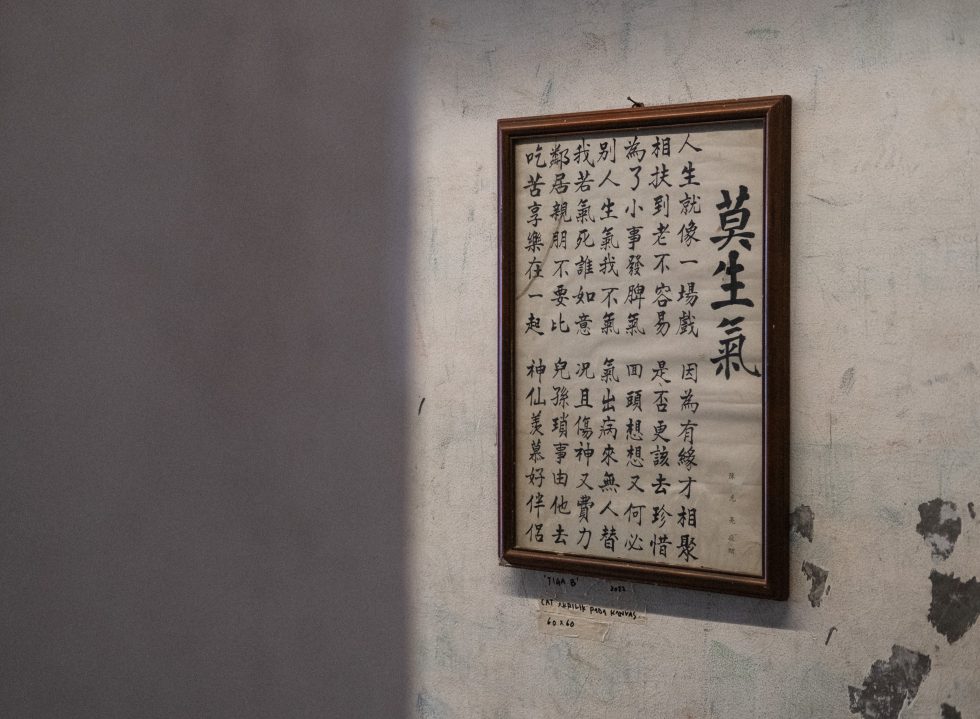 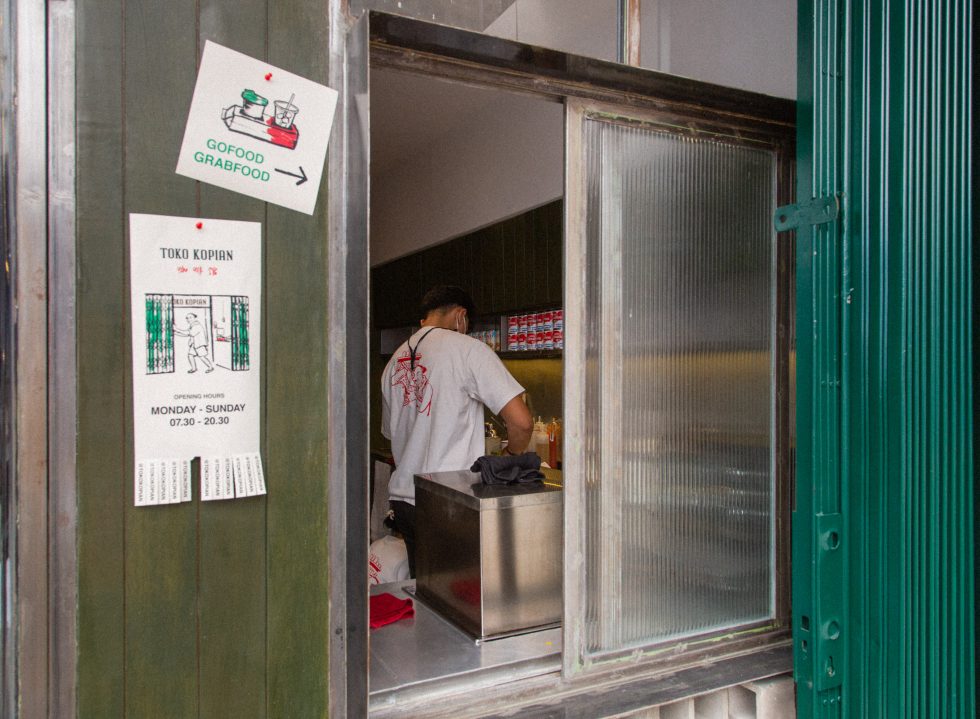 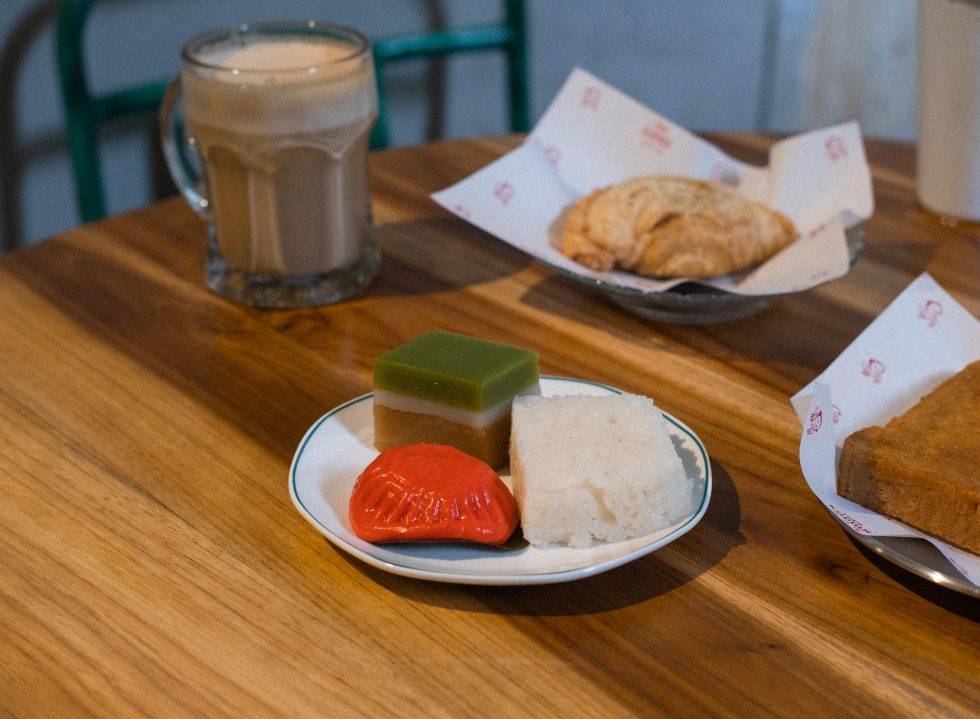 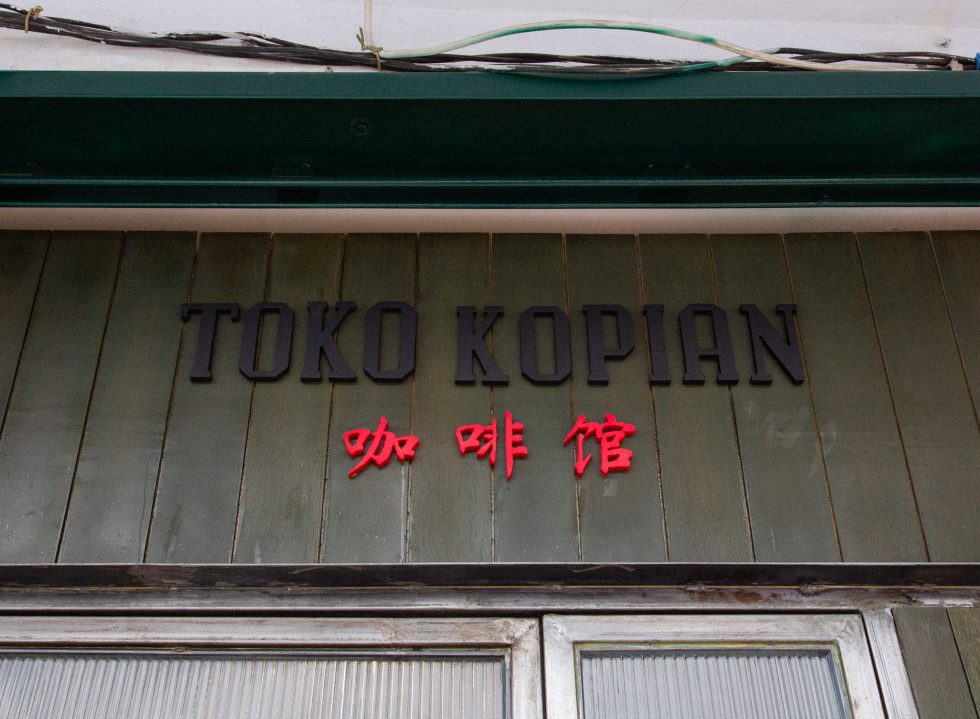 During the onset of the pandemic, the photocopy business run by the family of Donny Kusmadi for more than three decades and occupying two shophouses was greatly affected. Instead of buckling under the challenge, Donny, who operates his own creative studio Karyarupa on the second floor of the building, was encouraged by his parents to apply the same creativity to the space.

The uncertainties of the long, drawn-out pandemic, coupled with Donny’s background in graphic design spurred him to transform the ground floor of one part of the shophouse into a coffee shop instead. Sitting in an unassuming corner in the Cikini neighbourhood, with the photocopy shop Pd. Indah Jaya by its side, Toko Kopian modestly serves up coffee and light meals that reimagine the traditional Kopitiam.

“We don’t claim ourselves as an authentic Kopitiam, especially when we don’t employ the traditional teknik tarik. But the offerings at Toko Kopian are influenced by Kopitiam in the way that while our espresso is still made with a coffee machine, the finishing touch like the froth is done by hand,” said Cici Anindhita, Donny’s business partner of both Toko Kopian and Karyarupa, referring to the traditional pulling method that is usually used in the process of creating Kopitiam staples, such as ice coffee with condensed milk.

Paying a nod to the traditional taste, drinks made with condensed milk like the Kopi, Kopi C and Teh Susu register a full-bodied, creamy flavour that offers the same jolt one would get from the usual cappuccino or latte. Toko Kopian also borrows from the Singapore-style beverage Milo Dinosaurs, where iced milo is topped generously with Milo powder. Complementing the drink offerings are classic kue pasar ranging from kue ku to curry puff, as well as a small selection of dim sum and sourdough toasts.

The friendly price point draws a mixed bag of customers with ease—a cross-pollination of undergraduates, government officials and seniors can be found in Toko Kopian throughout the day. The affable interior, designed by Gana Ganesha of Studio Terasu, also keeps the atmosphere purposefully low-key and laidback. The clean, green wood panelling plays up a warm contrast against a portion of white wall that still bears the memories of its past as a photocopy shop, with colourful markings and scratches from paper stacks deliberately preserved.

Compared to its counterparts around the area of Menteng, Toko Kopian is decidedly more pleasure than business. And that’s exactly the unintimidating charm that draws visitors in the first place. As Donny puts it, “There are many coffee shops nearby that serve ‘serious’ coffee. Both Cici and I don’t have backgrounds in F&B, but we know that we want Toko Kopian to be as easy-going and casual as possible.” And judging from the crowds it pulls, Toko Kopian has set itself up to be one of the reliable coffee shops in the area regardless of the occasion.