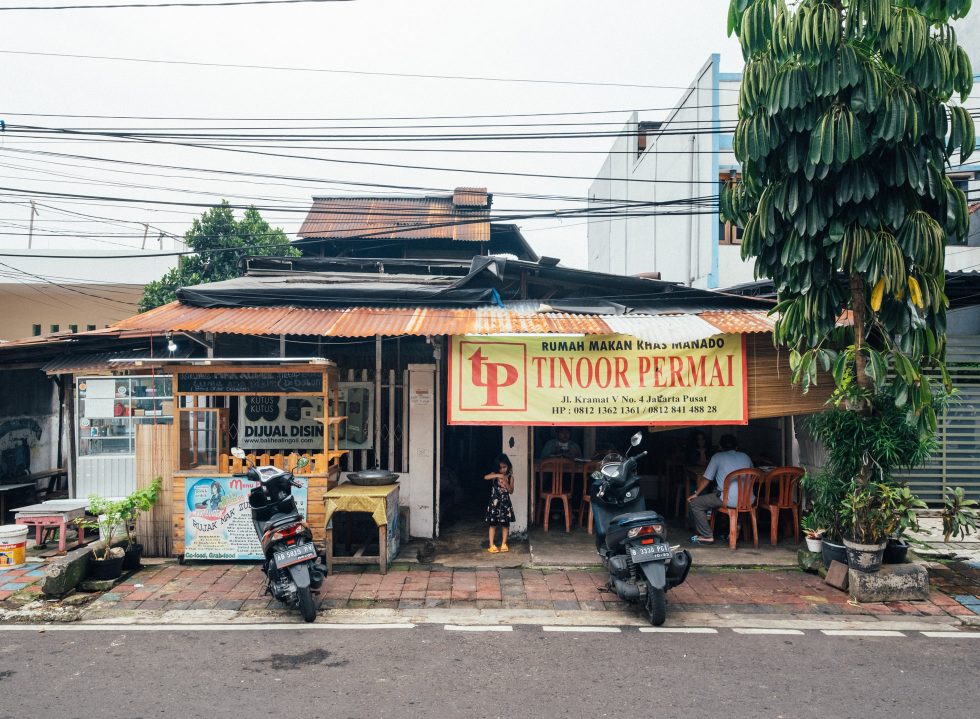 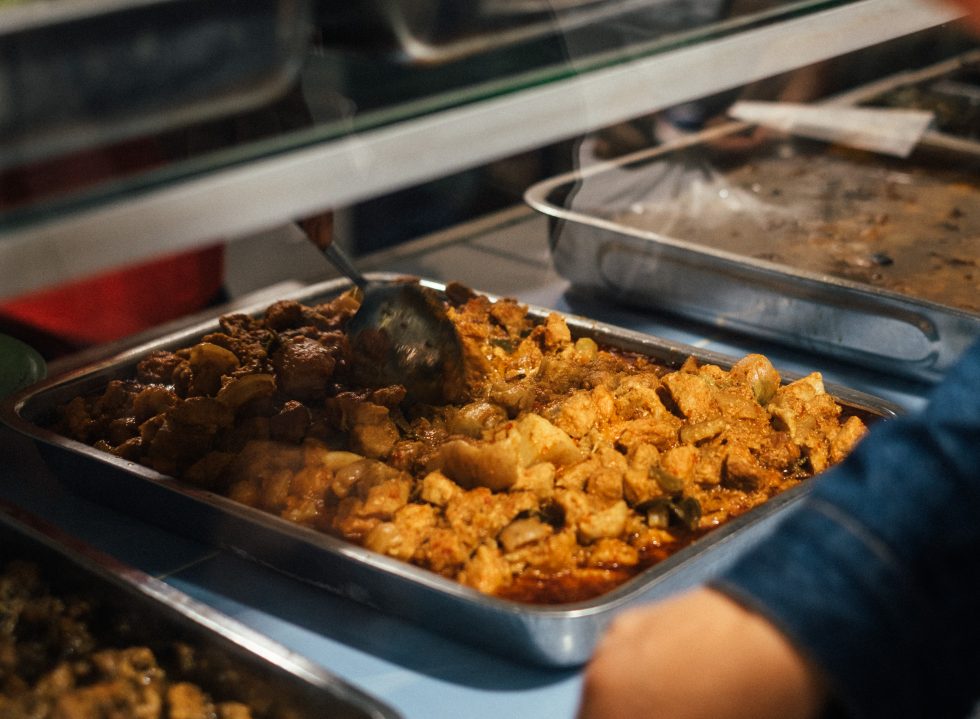 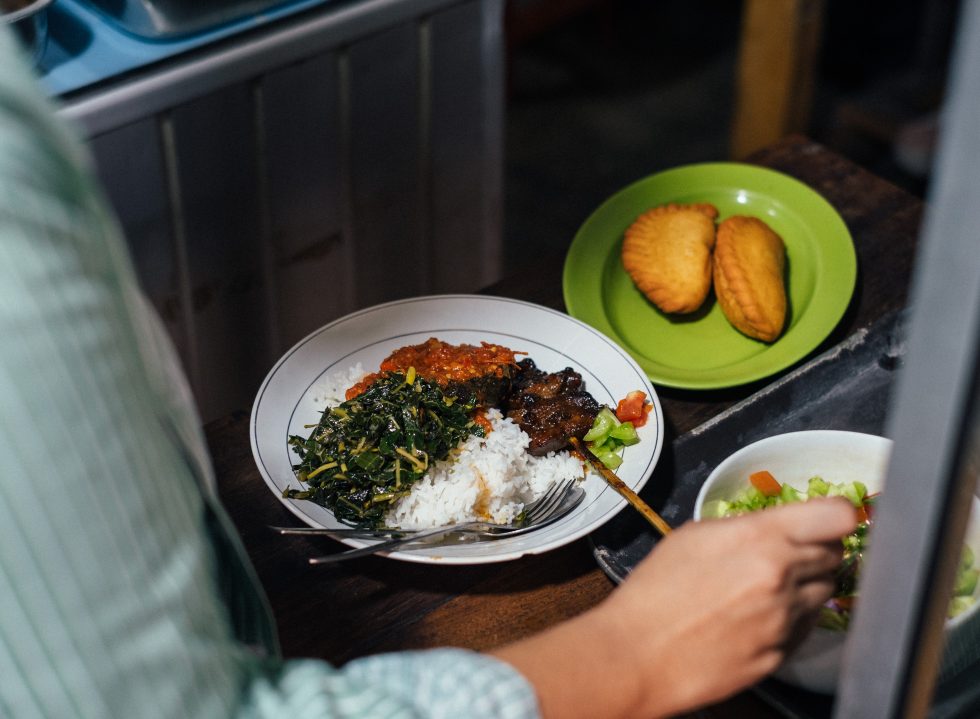 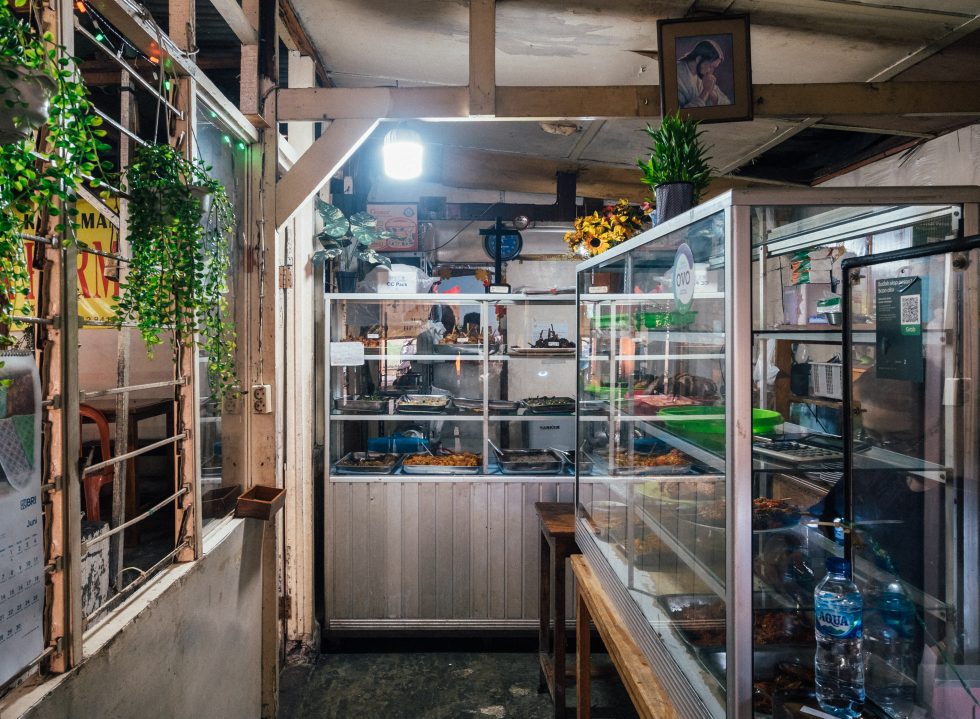 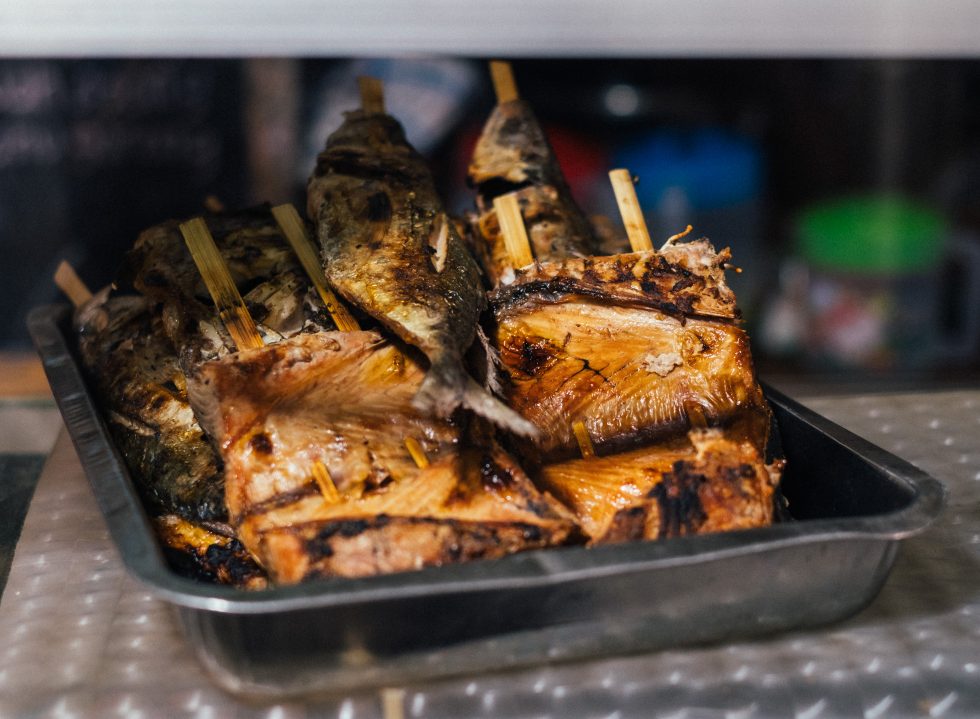 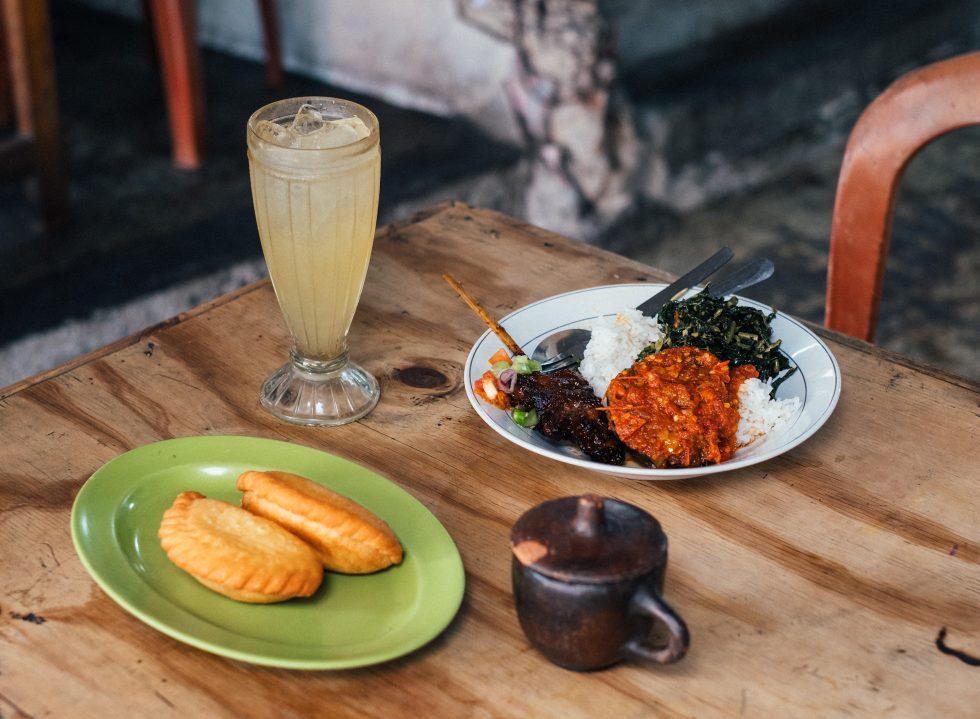 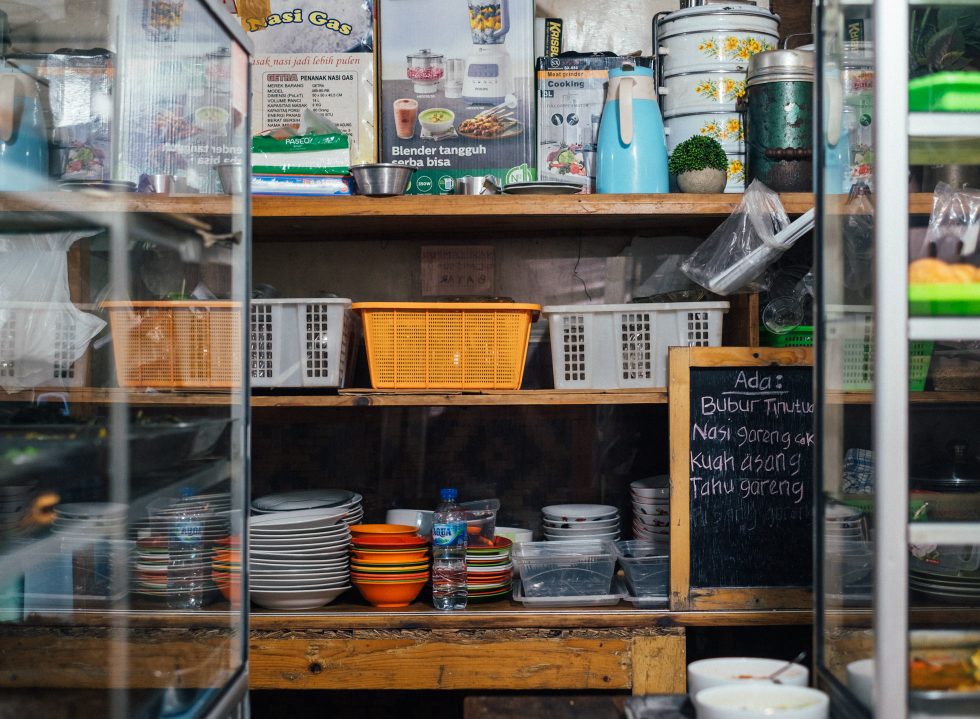 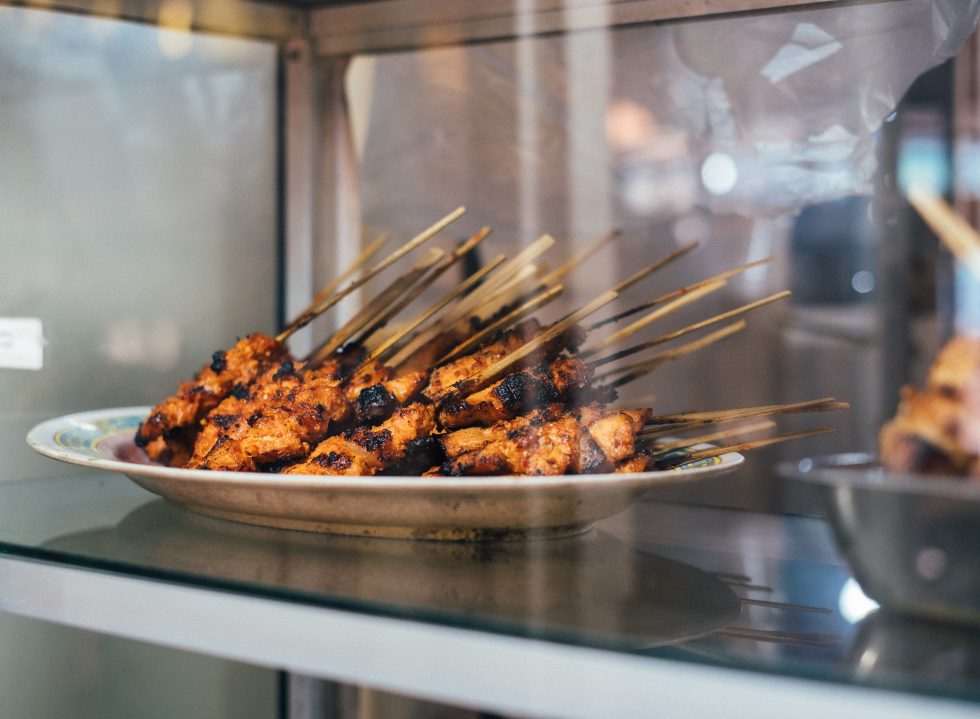 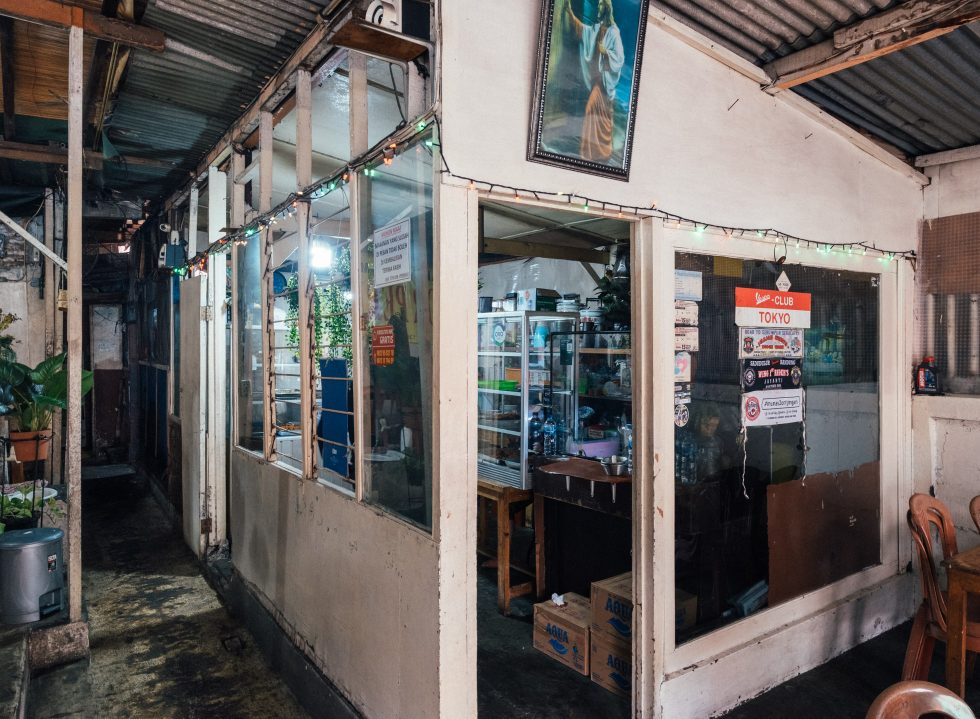 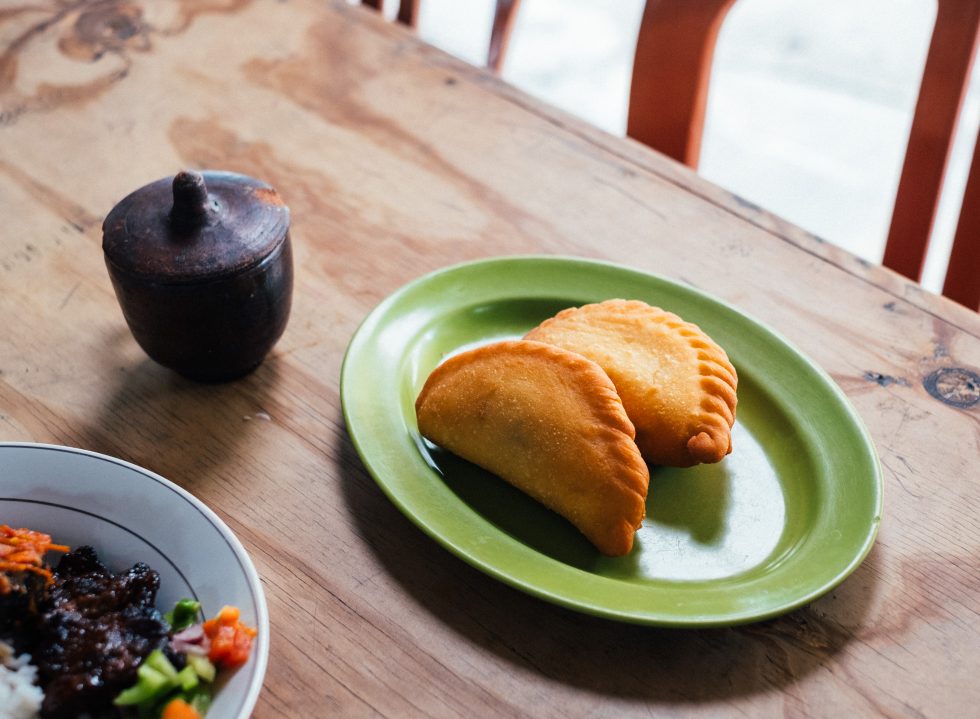 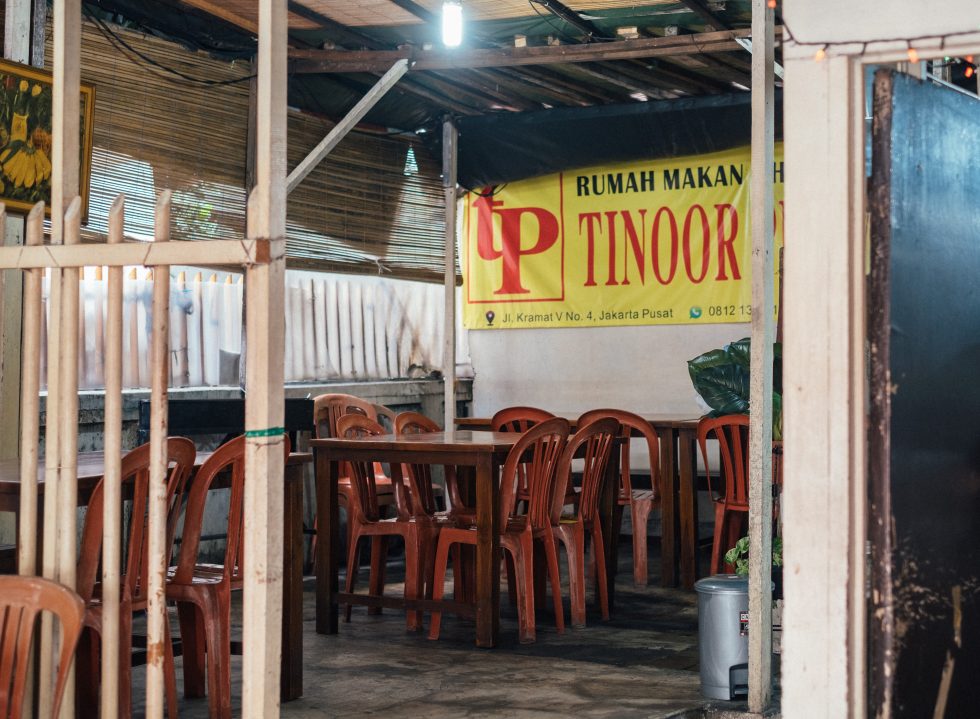 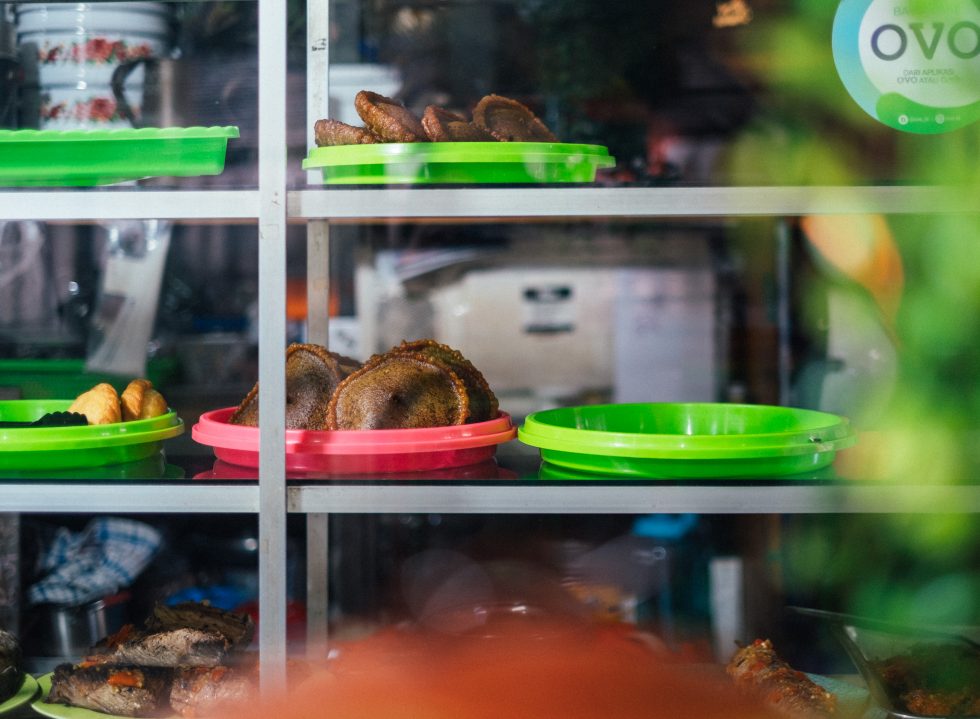 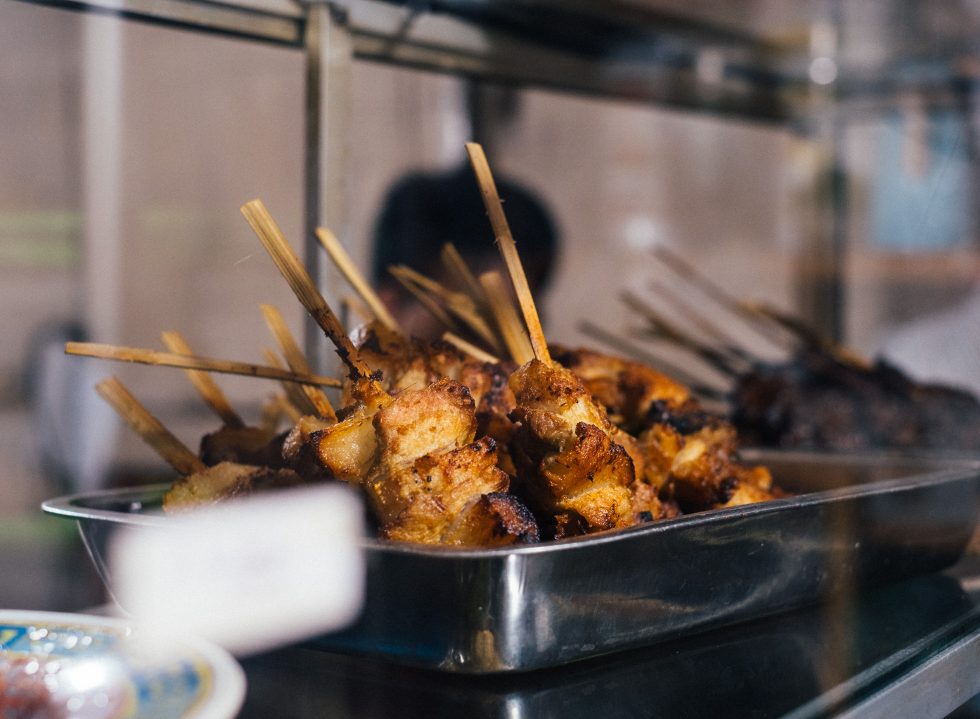 Share
Tinoor Permai on Kramat V shows the diversity of Manado cuisine through passed-down family recipes, attracting a pool of loyal diners searching for a tasty serving of pork, seafood fares or traditional desserts within its peaceful abode.
Tinoor Permai
Jl. Kramat 5 No.4

They say that the village of Tinoor (read: tea-no-or), in the highlands of North Sulawesi produces many great cooks. As if proving the claim, a quick search on the net will reveal several eateries in Jakarta boasting the village’s name. Among these, Tinoor Permai on Kramat V in Central Jakarta seems to stand out, having captured the attention of diners from around the block as well as local and foreign culinary tourists by word-of-mouth.

Tucked in a quiet road just off the busy main streets, the set-up suggests that it used to be a house’s front yard, converted to its current form with a cemented floor, whitewashed wooden partitions and festive Christmas lights—simple and unassuming, but charmingly cosy. And as the day grows older, customers from around the neighbouring community begin to show up in a slow yet seemingly endless procession: a salesperson having her late breakfast before work, a child munching on his meal while telling his father about the game he’s playing and mothers picking up food to take back to the family at home.

The running of the eatery is helmed by Tinoor-hailed Tante Non and Om Yan (when he’s not on one of his Vespa tours) as well as their offspring. A devoted Christian family like many in the Kramat area (which is strongly hinted at through the decor), they have taken steps to facilitate their Muslim neighbours at the establishment. The married couple separates their closely-guarded family recipes into two—one for pork and lard and the other for strictly halal fares.

Tinoor village itself sits a half-hour drive away from Manado, and the spread on offer at Tinoor Permai reflects that through its colourful pickings of richly-spiced and, occasionally, European-influenced delicacies. To go with a plate of rice, side dishes include the popular pork satays (salty, sweet and the fat-wrapped ragey) as well as a fair number of seafood fares like the bitingly spicy cakalang rica-rica (skipjack tuna slathered with chilli peppers).

Alternatively, diners can also kick back with a simple combo of panada (fried bread filled with skipjack tuna) or any of the traditional desserts on offer alongside a warm cup of the sweet and smooth Manado-style coffee.

The day seems to go comfortingly slowly at Tinoor Permai. Complemented with the lively chatter of regulars, the family’s children milling about as well as neighbourhood peddlers dropping off Tante Non’s orders, the atmosphere exudes a certain warmth that can make comers feel at one with the community.