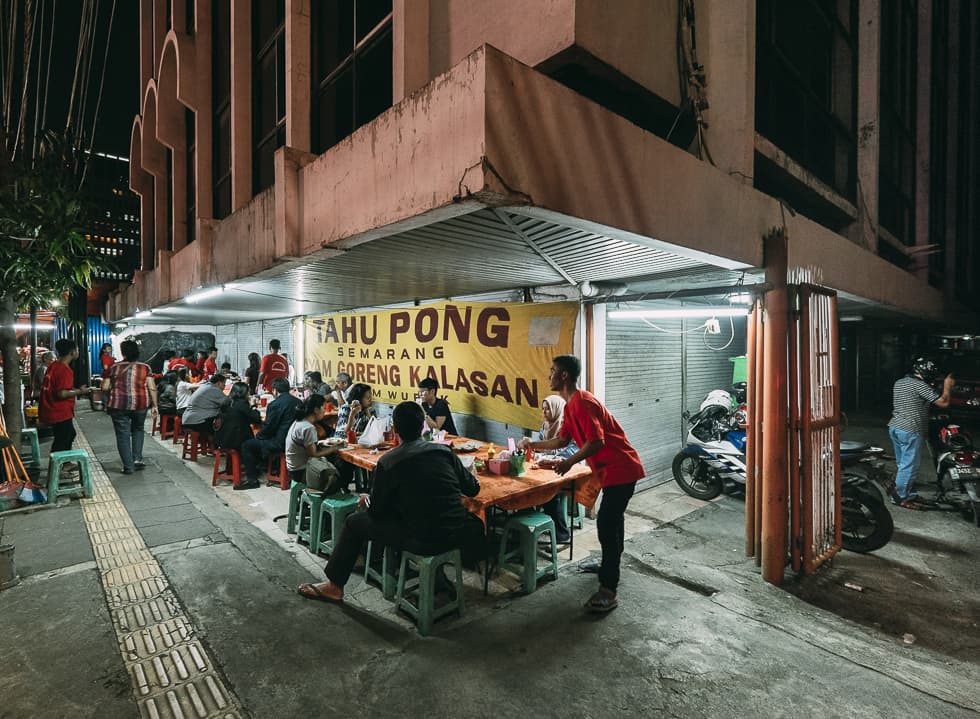 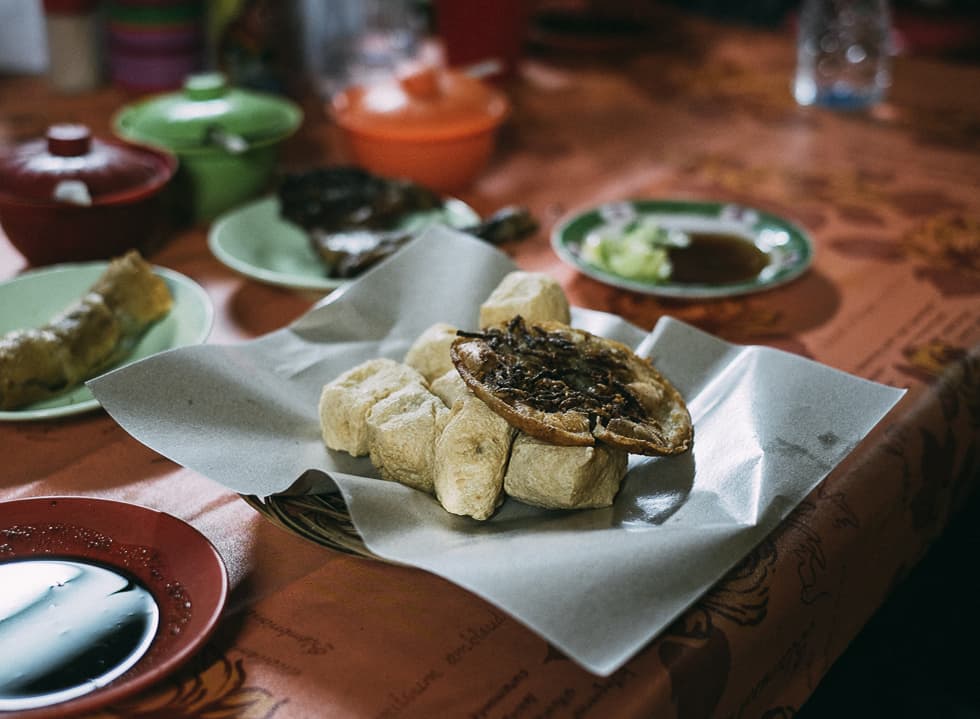 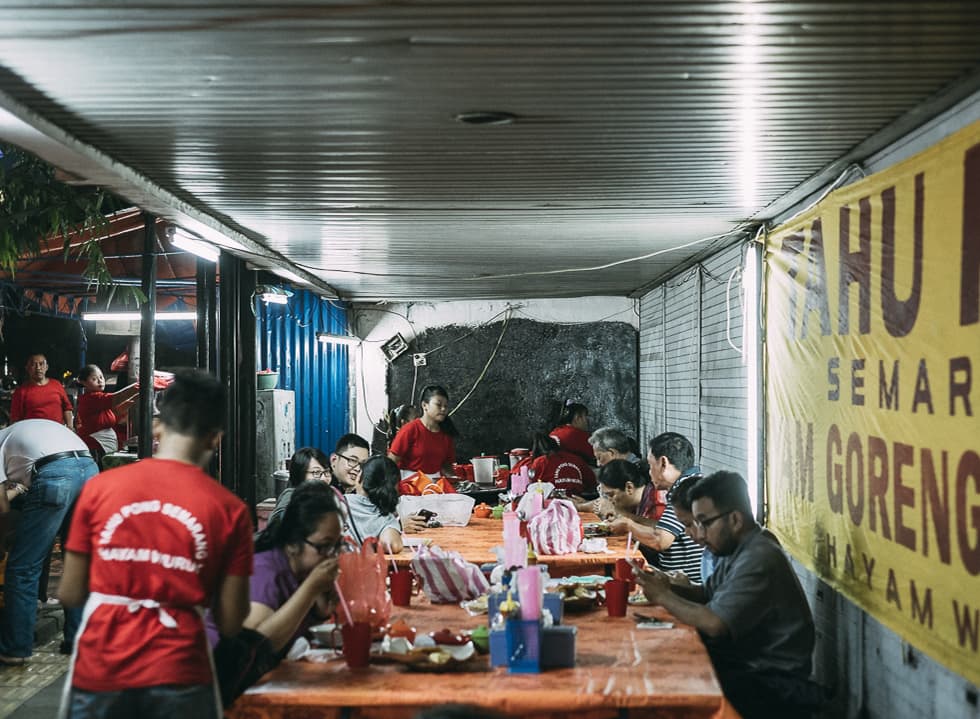 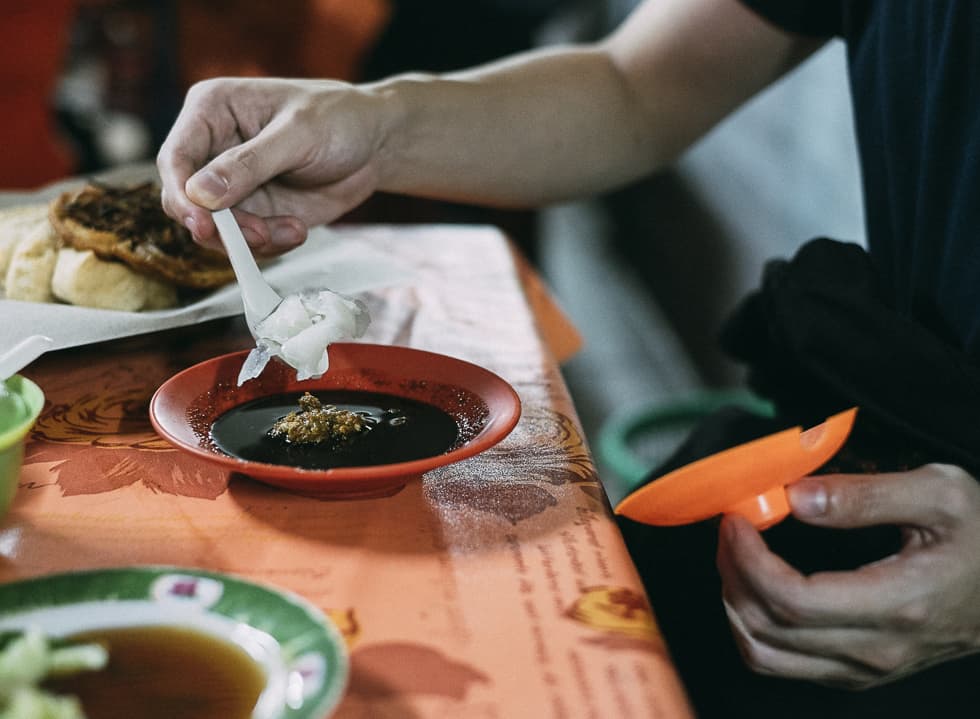 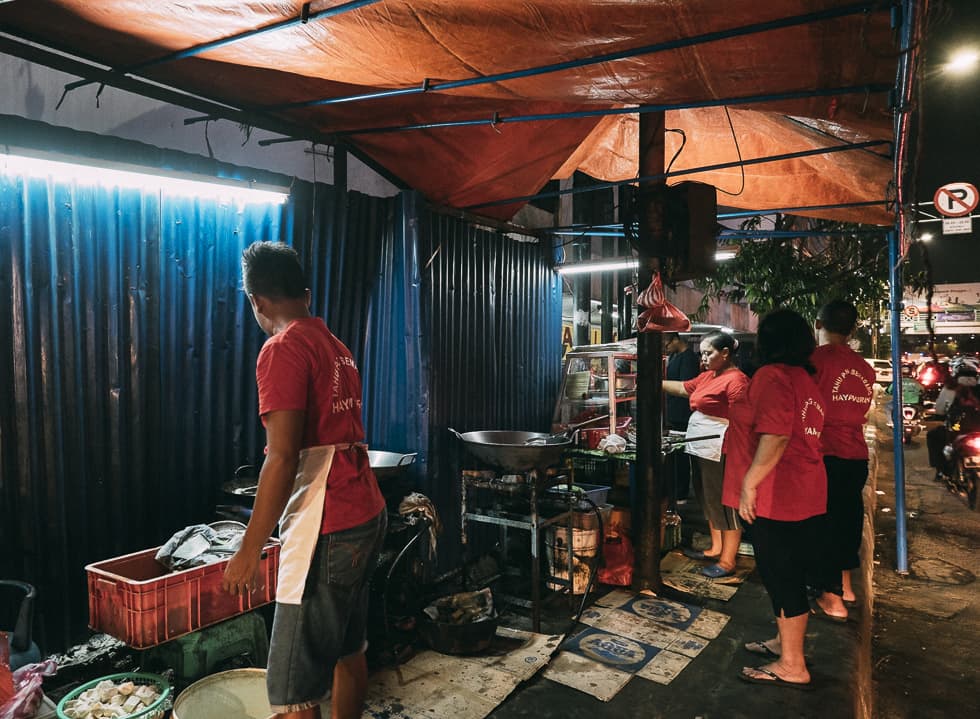 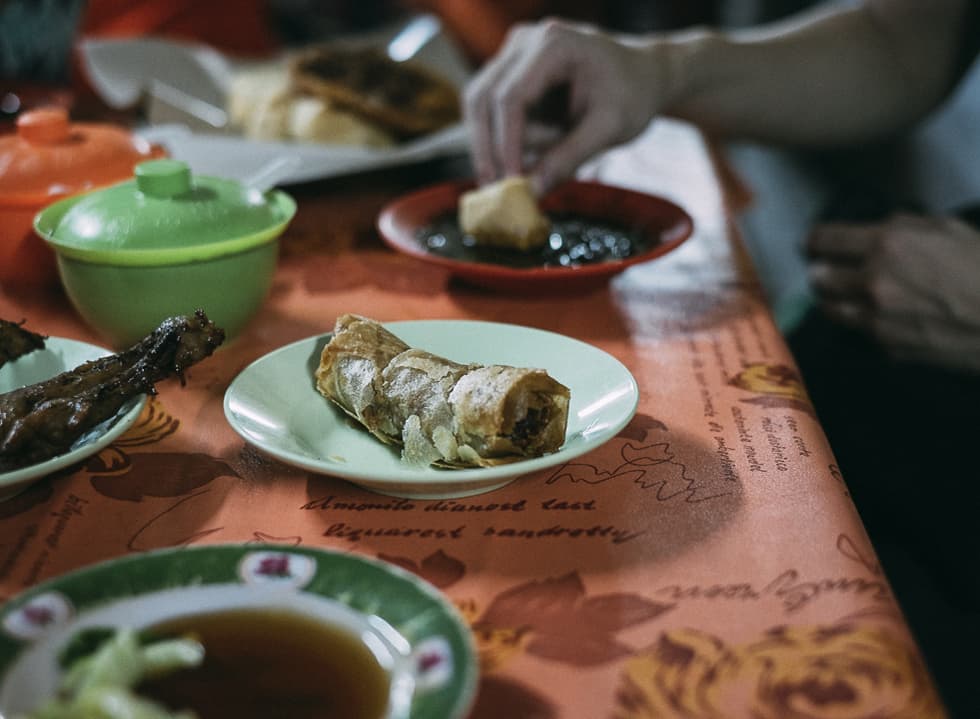 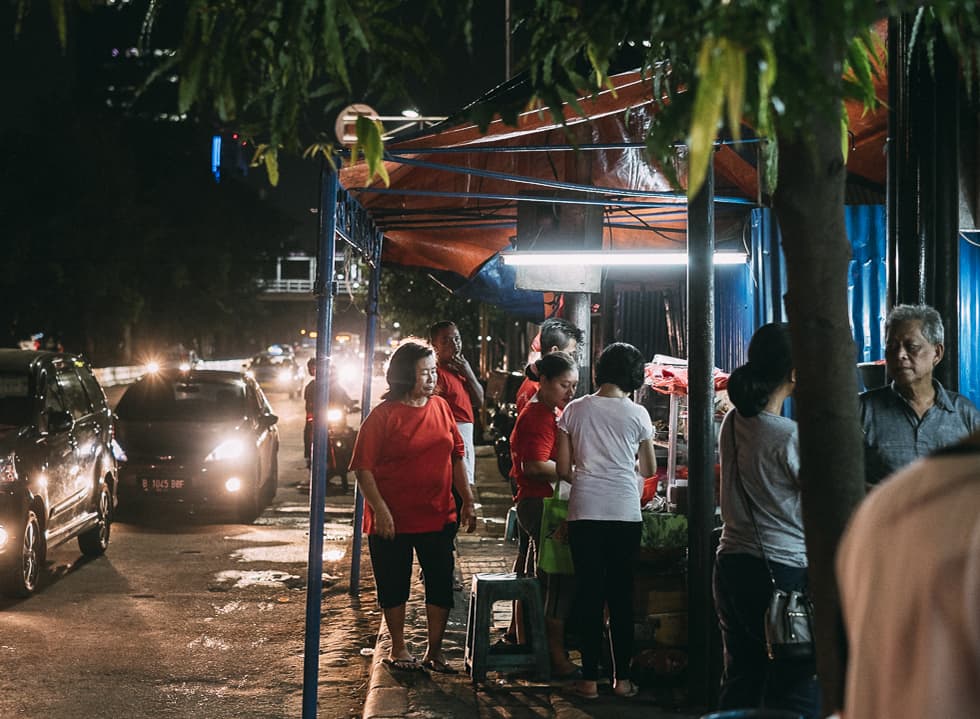 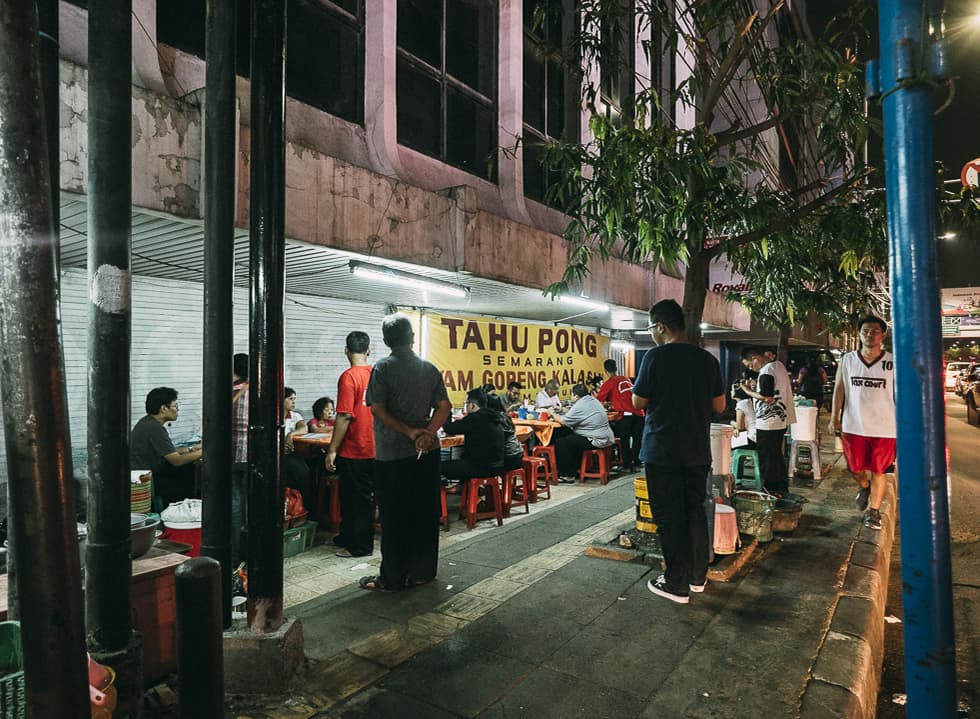 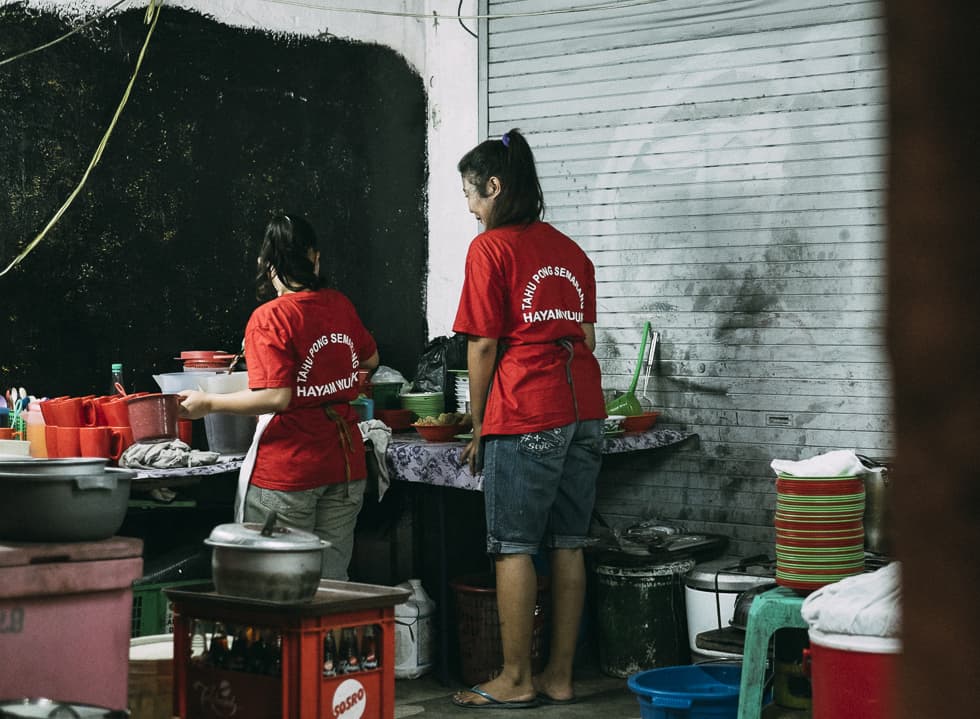 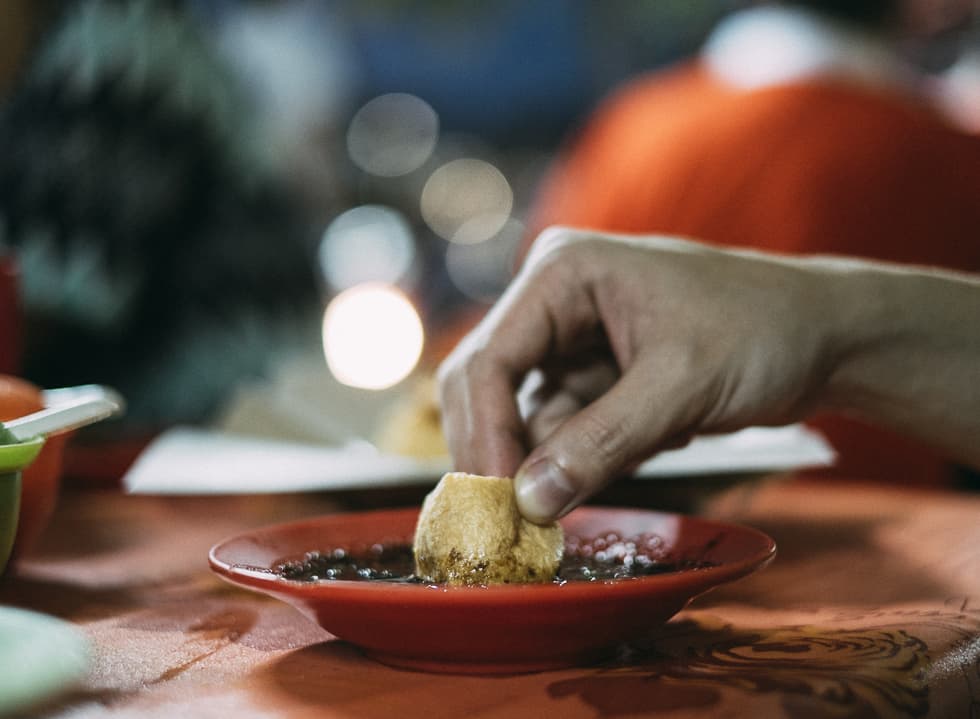 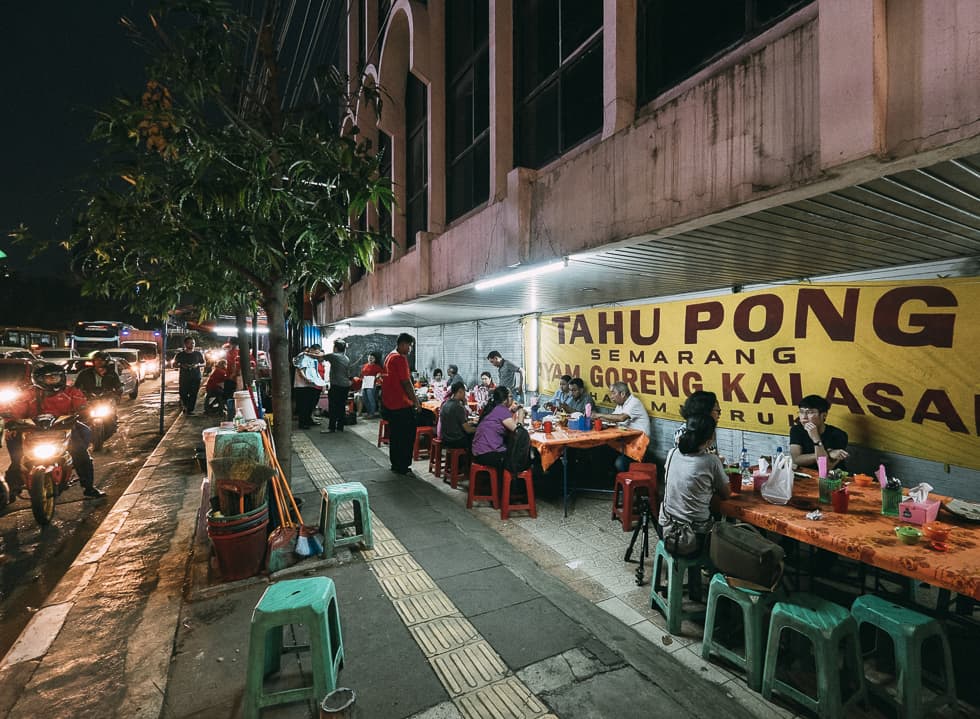 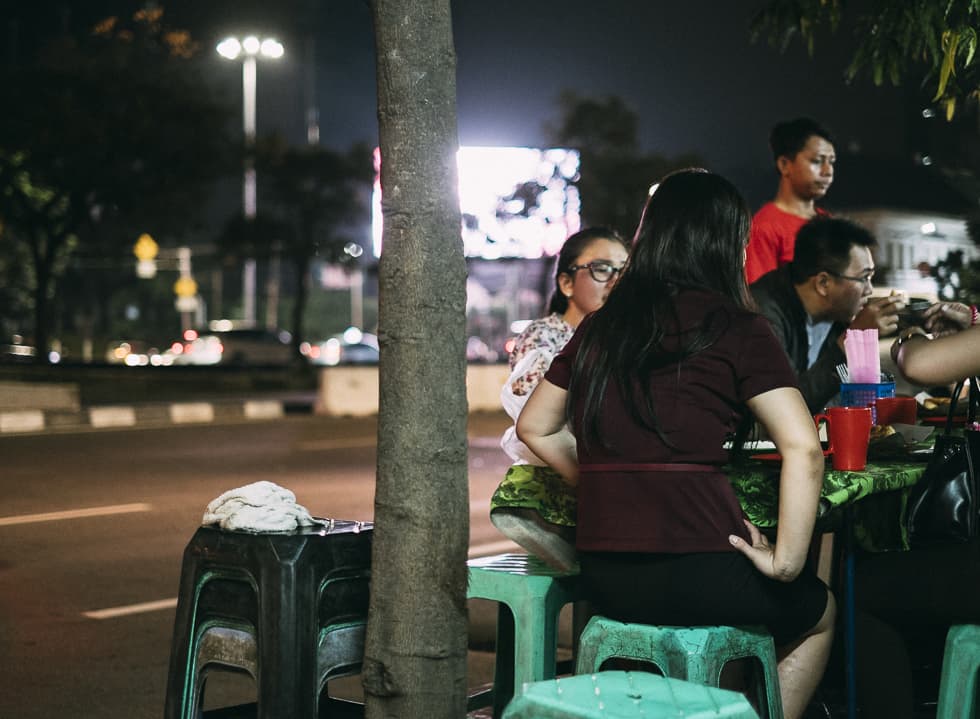 The Mangga Besar district is an area in Central Jakarta that consistently transmits a chaotic atmosphere day in and day out. It is a mishmash of shopping centres, rows and rows of shophouses, nightclubs, massage parlours, young women lining the streets at night and all kinds of hotels (from the shabby love hotels that charge by the hour to 4-star luxuries). To many of its visitors, Mangga Besar offers an affordable shopping experience. To some others, this area is infamously known as something of a red-light district. But one thing is for sure; it is also a culinary hotspot.

Established in 1986, Tahu Pong Semarang is named after the popular pastime snack made of fried tofu with hollowed centre that was first brought and introduced by the Chinese traders who visited the port city hundreds of years ago. The word “Pong” is short for Kopong, which means hollow in Indonesian.

Set up every evening right beside Hayam Wuruk Road, Tahu Pong offers modestly-priced menu filled with traditional fare from Semarang. Here, patrons enjoy a plate of fried tofu while watching the slow moving traffic and waiting for it to disentangle.

Living up to its name, the fried tofu of Tahu Pong Semarang is airy and light in the centre, with crunchy skin. It comes with dipping sauce made of sweet soy sauce, shrimp paste and garlic. Packed with flavour, the sauce gives the tofu the kick it needs.

First, dip the tofu in the sauce and take a bite to reveal its soft centre. Then, stuff a spoonful of pickled radish –which is readily served on your table along with an array of other condiments – into the tofu. Lastly, dip it once more in the sauce before you savour it all.

You can choose between Tahu Pong and Tahu Emplek, which has a denser center. Other snack options include Gimbal Udang (Shrimp Fritter), Telor Goreng (Fried Boiled Egg) and Lumpia Semarang (fried shrimp and vegetable spring roll).

Snack fiends may benefit from choosing one of the set menu, such as Tahu Komplit (Tahu Pong, Gimbal Udang and Telor Goreng) and Tahu Spesial (extra serving of Tahu Emplek). One of these combos only sets you back at IDR 20,000.

Thirty years on, Tahu Pong Semarang still draws a steady stream of customers to fill its tables. Patrons flock to this place from the time it opens at 6pm until it’s sold out, usually by 10pm. Though, be warned that one will have to abandon comfort when visiting this warung – the incessant honking from nearby cars, occasional persistent buskers and stray cats begging for leftovers. But for some, this is exactly what round off the street food experience.