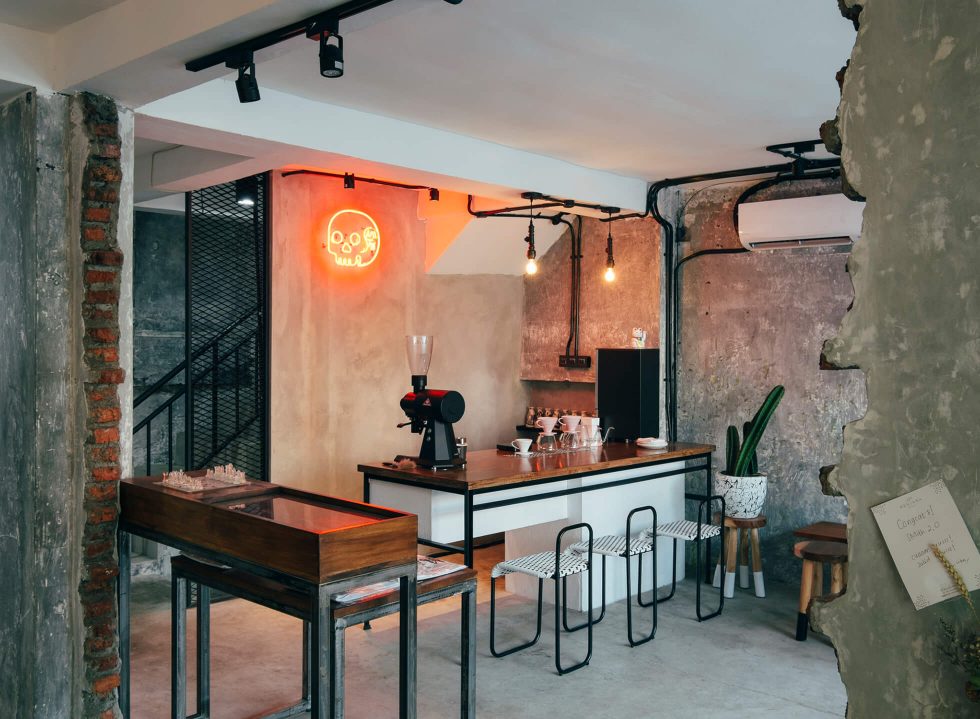 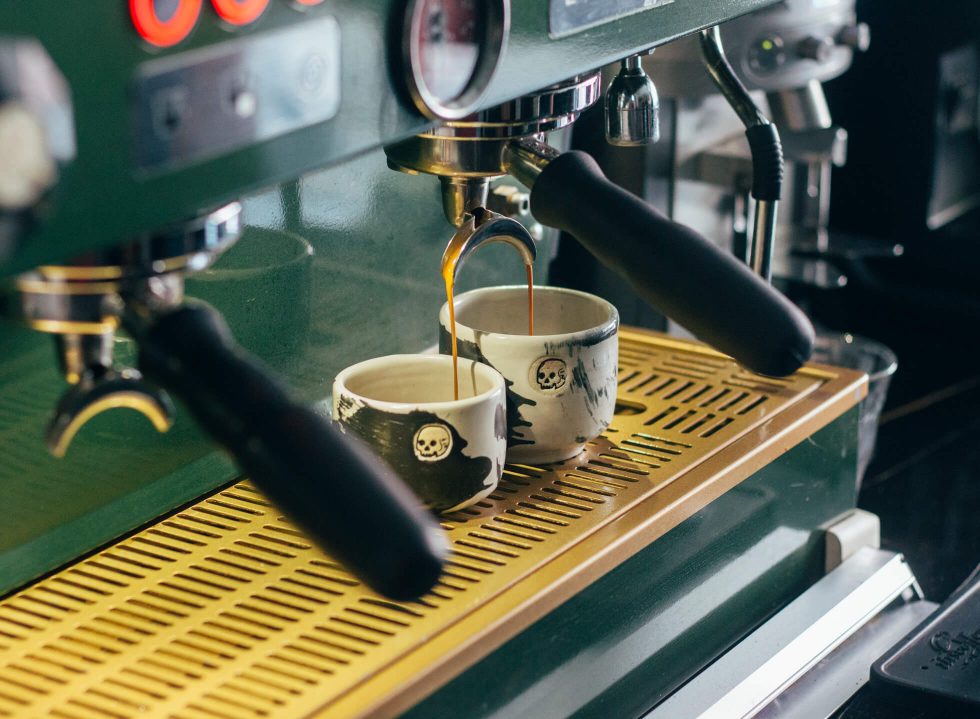 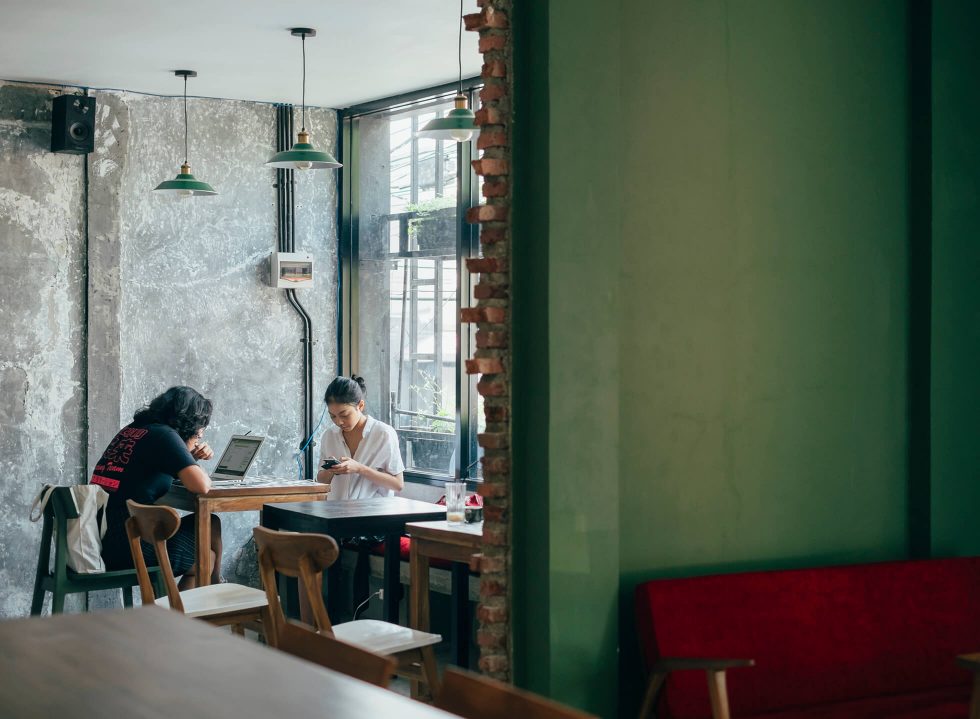 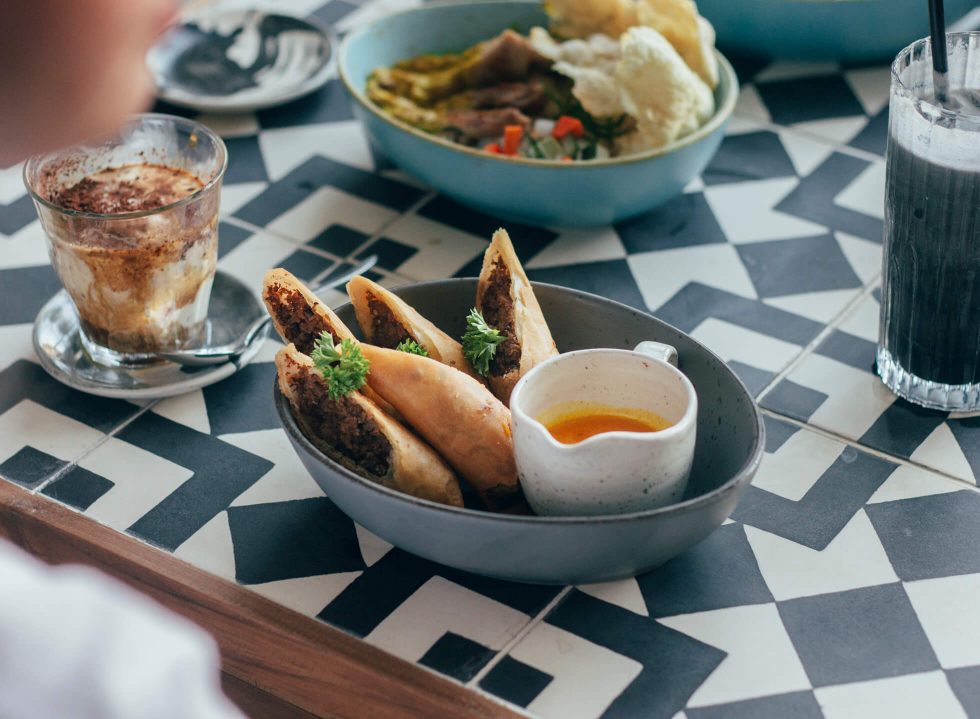 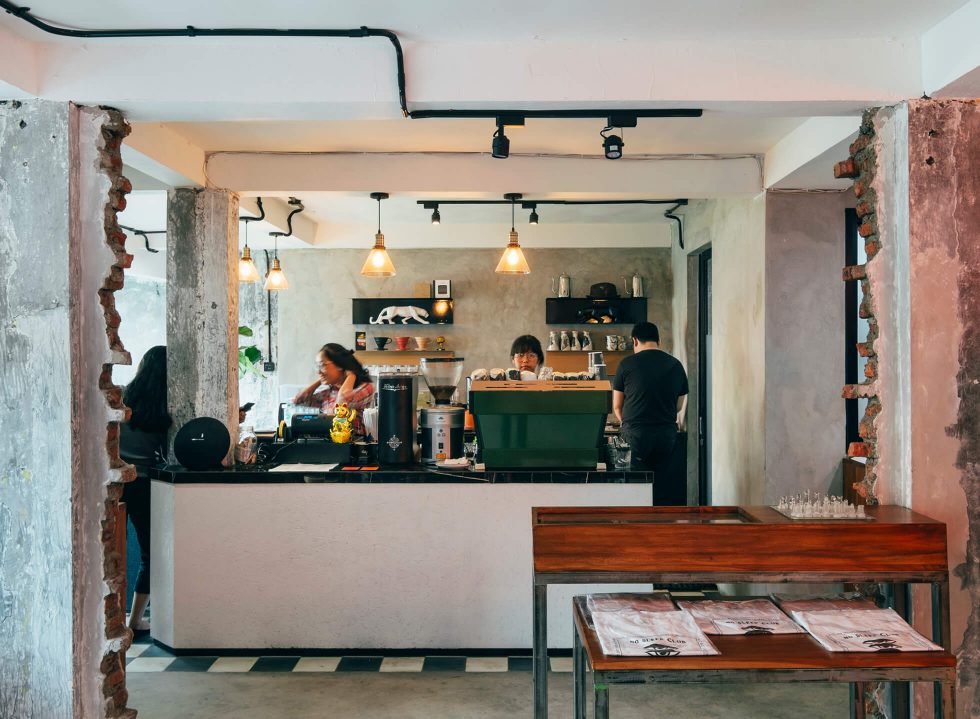 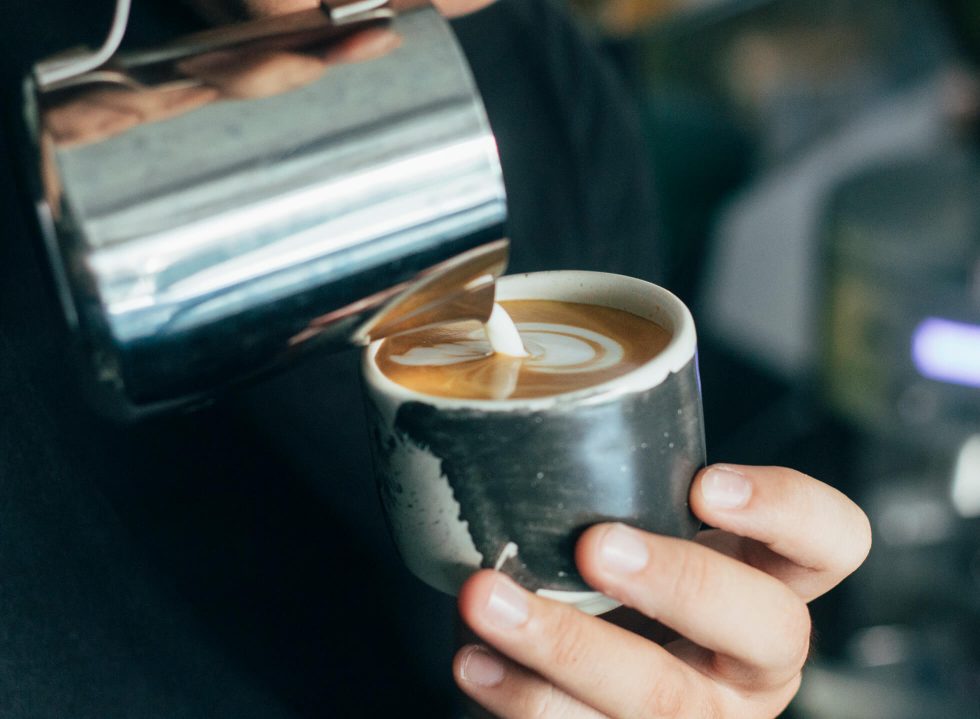 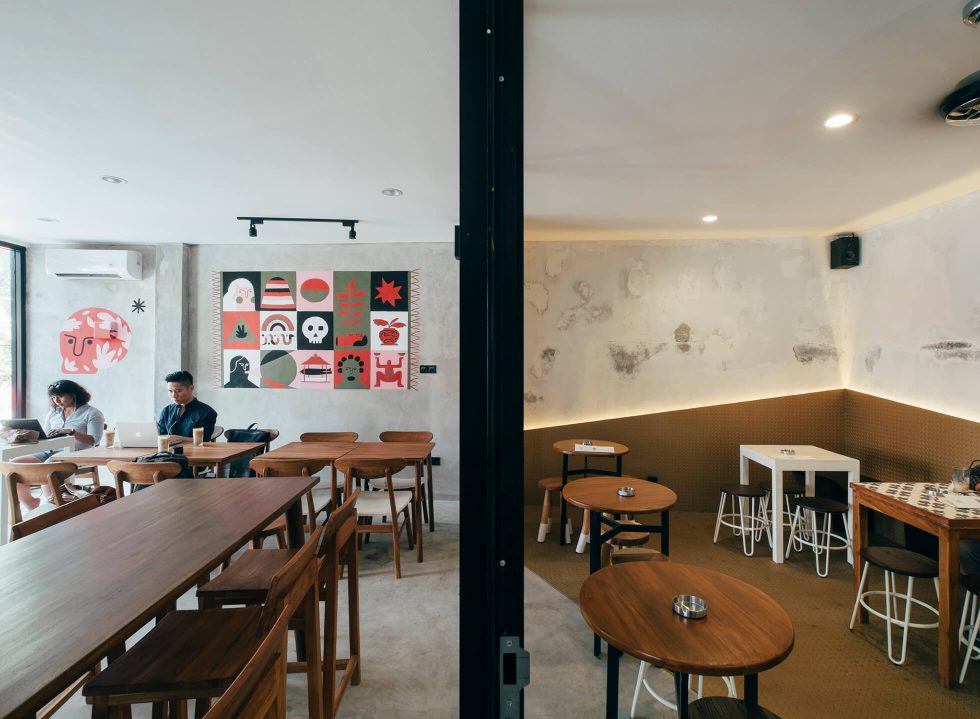 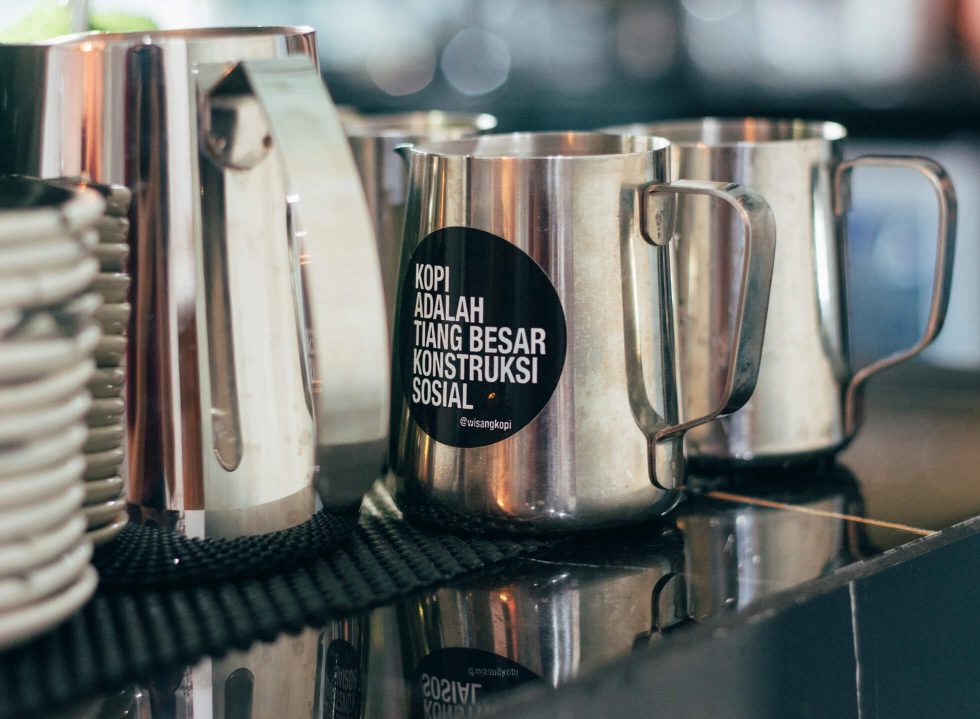 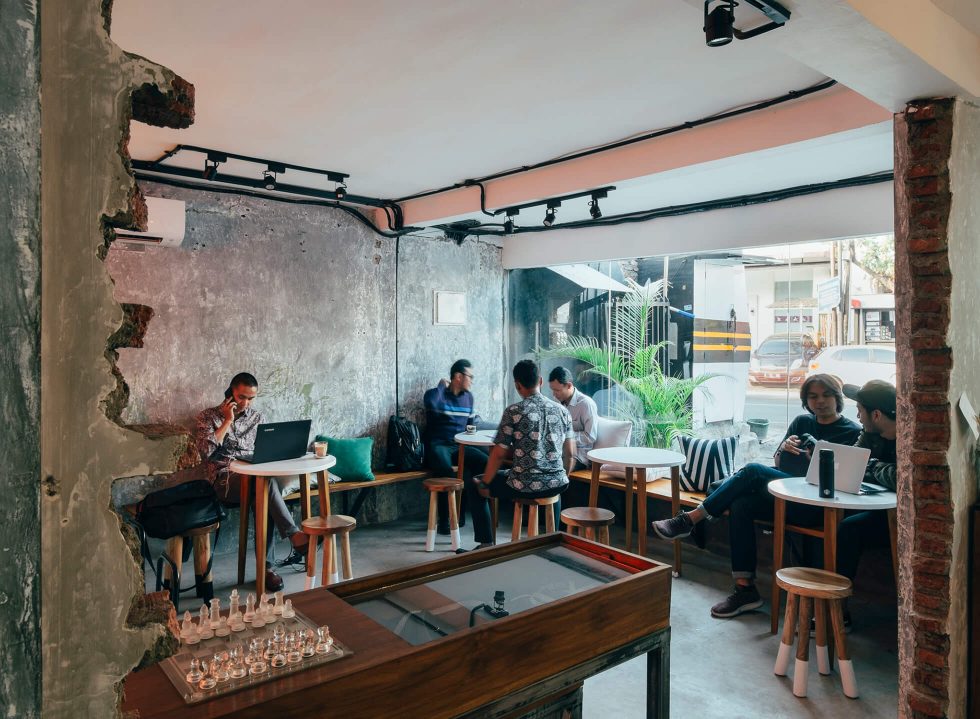 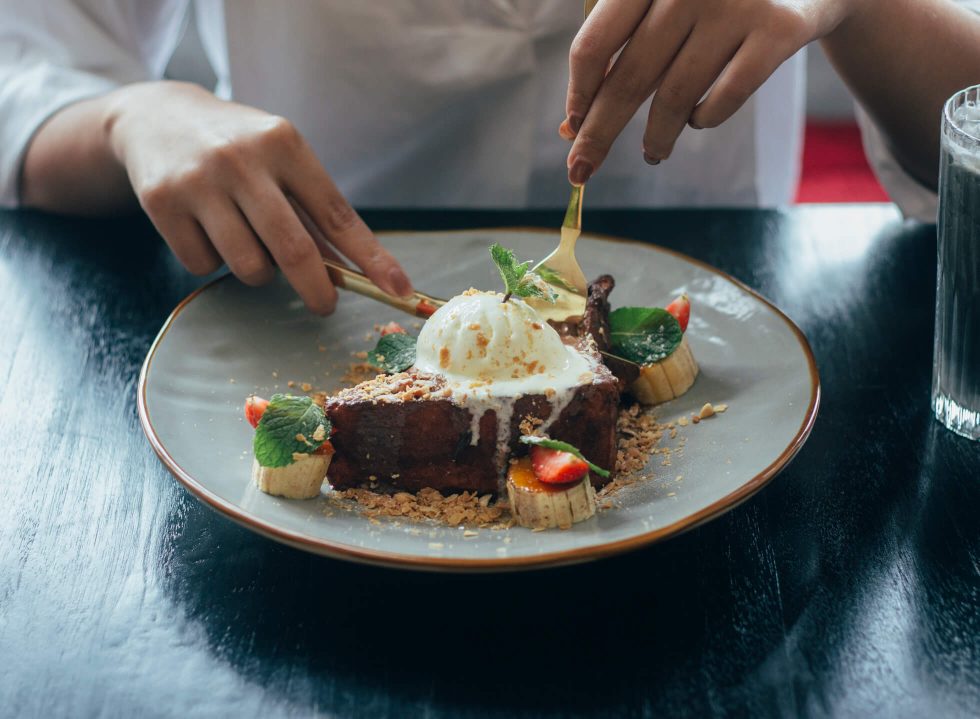 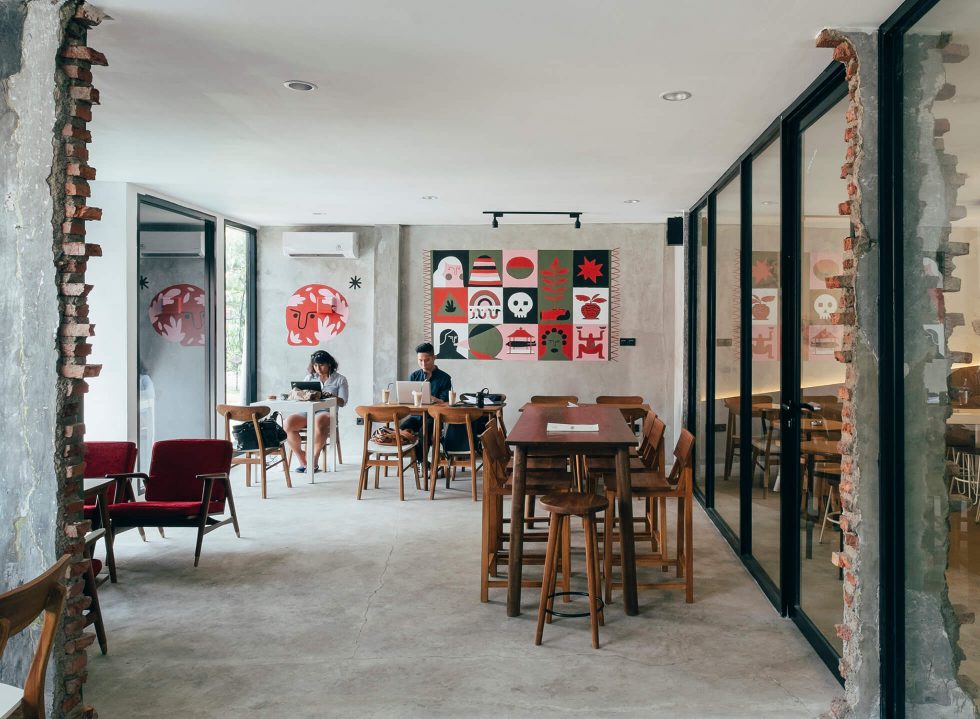 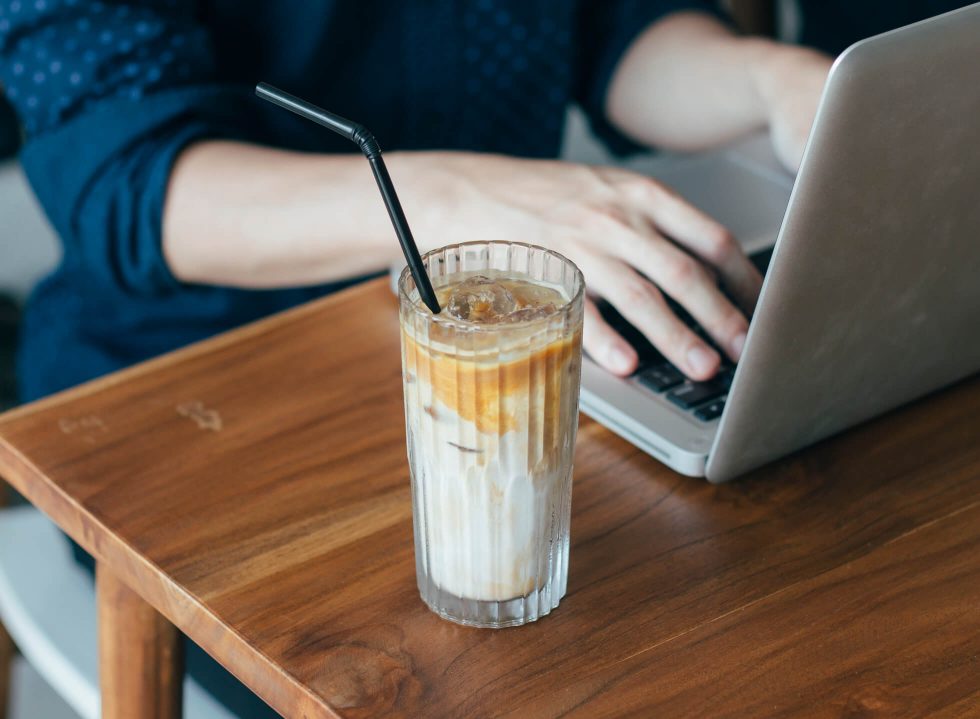 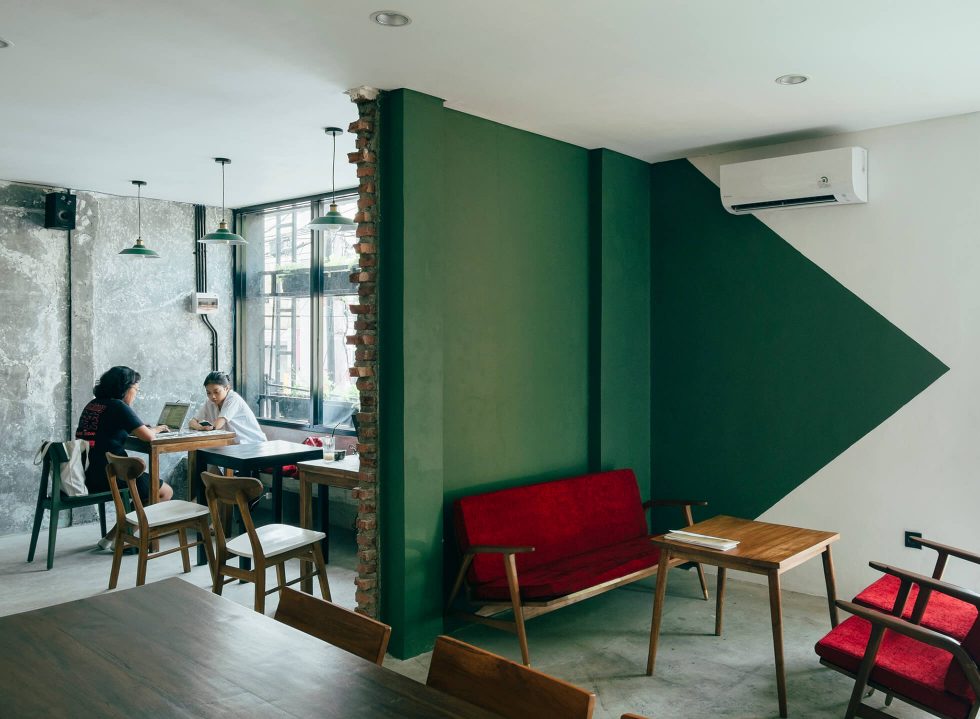 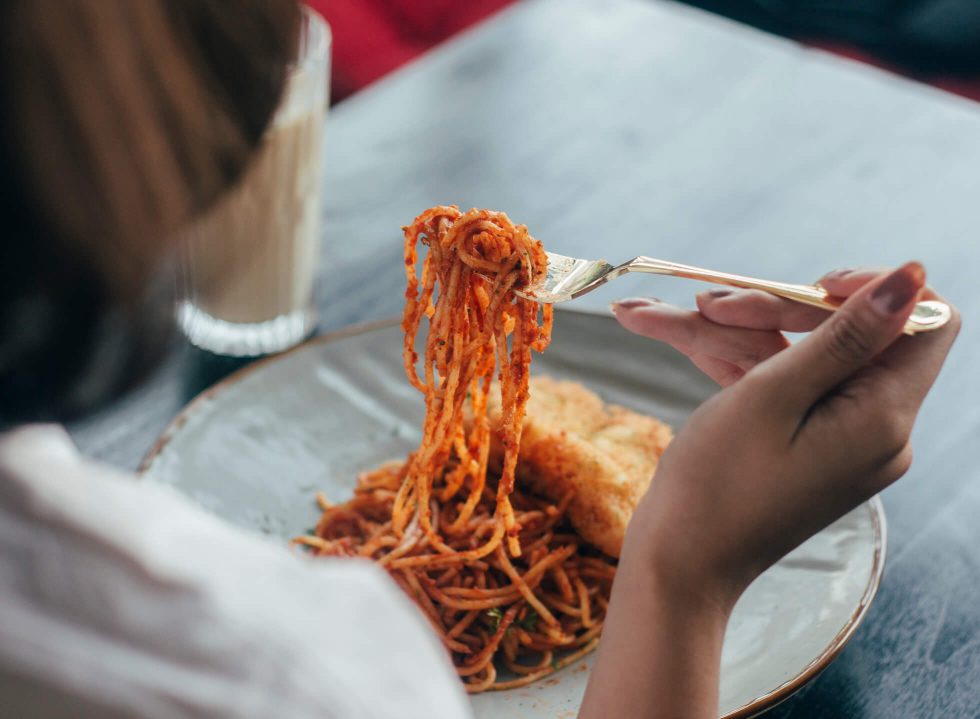 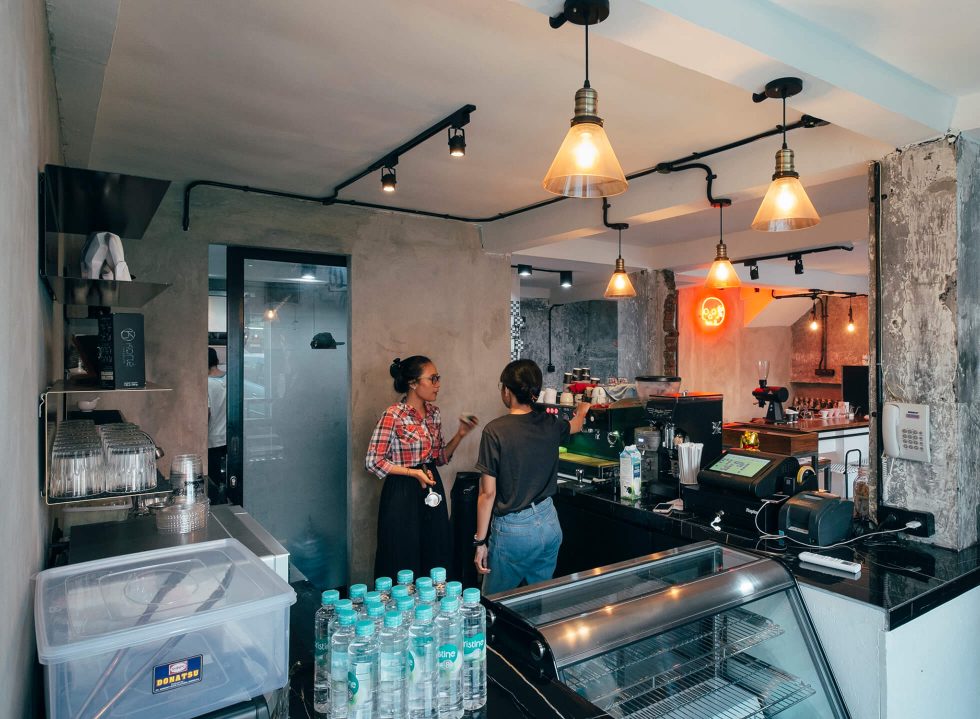 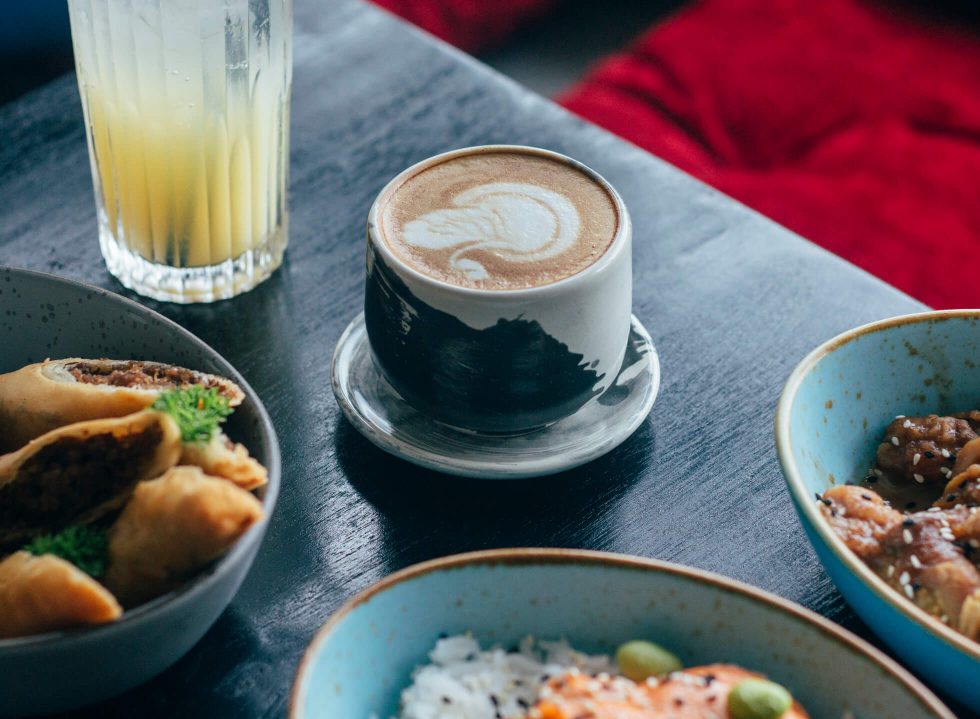 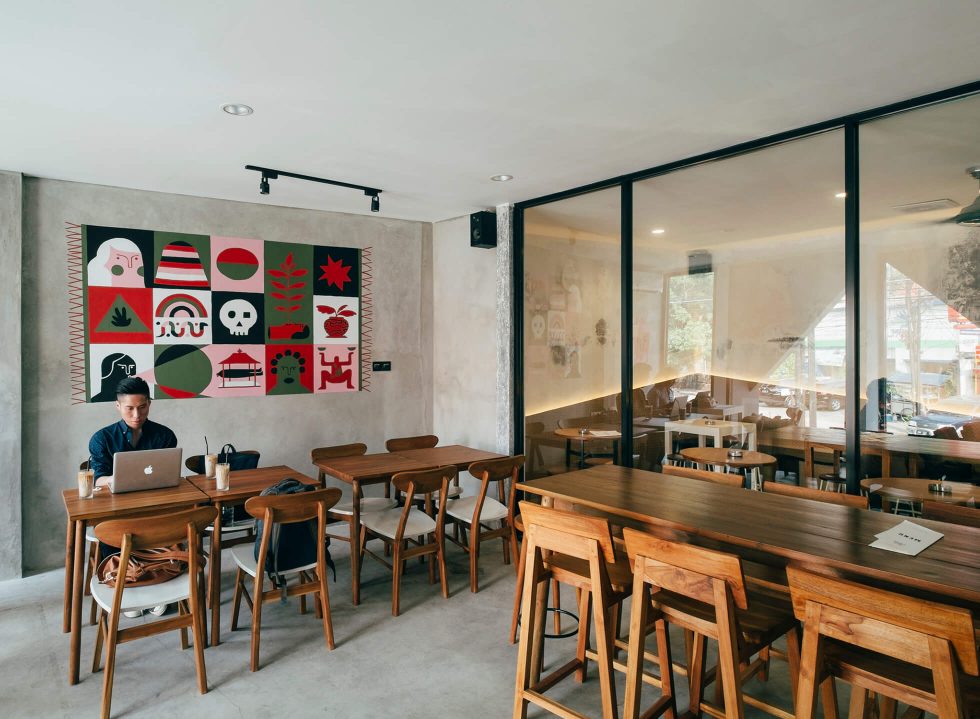 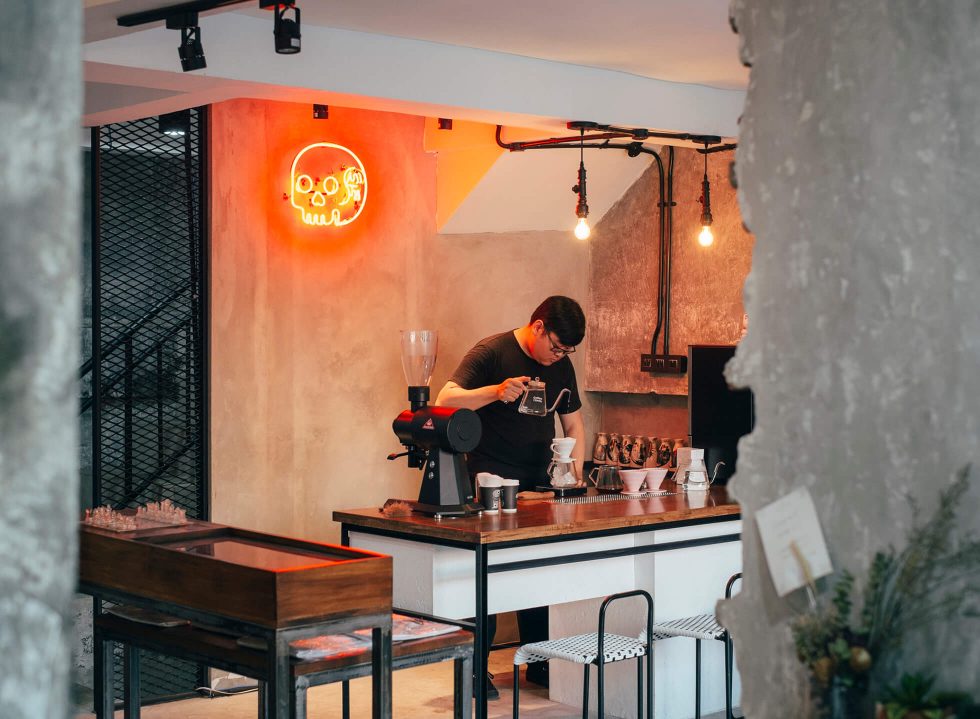 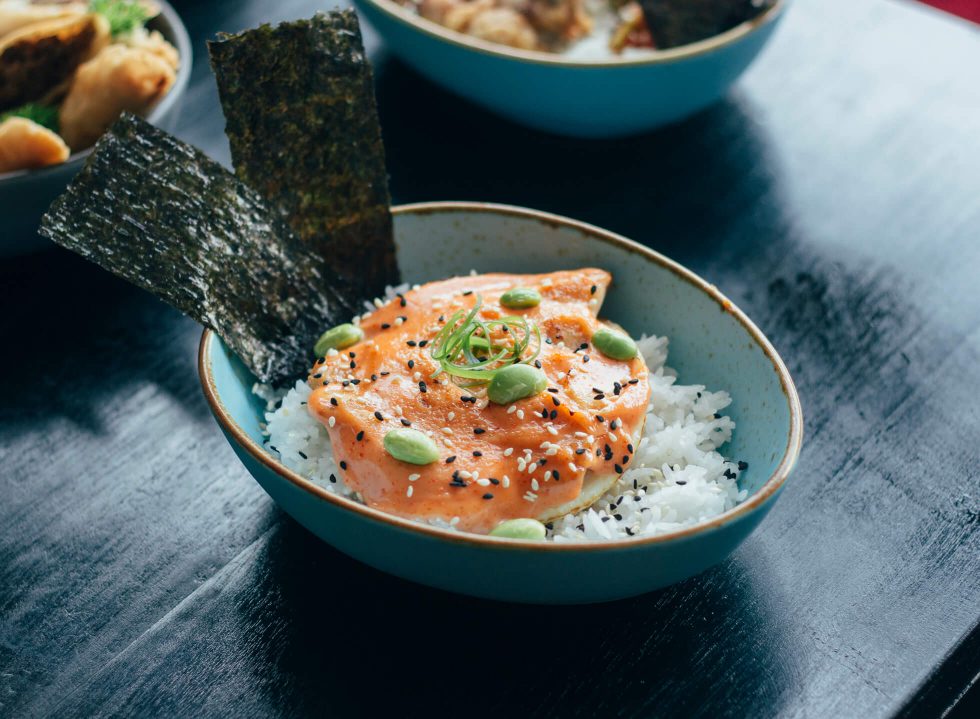 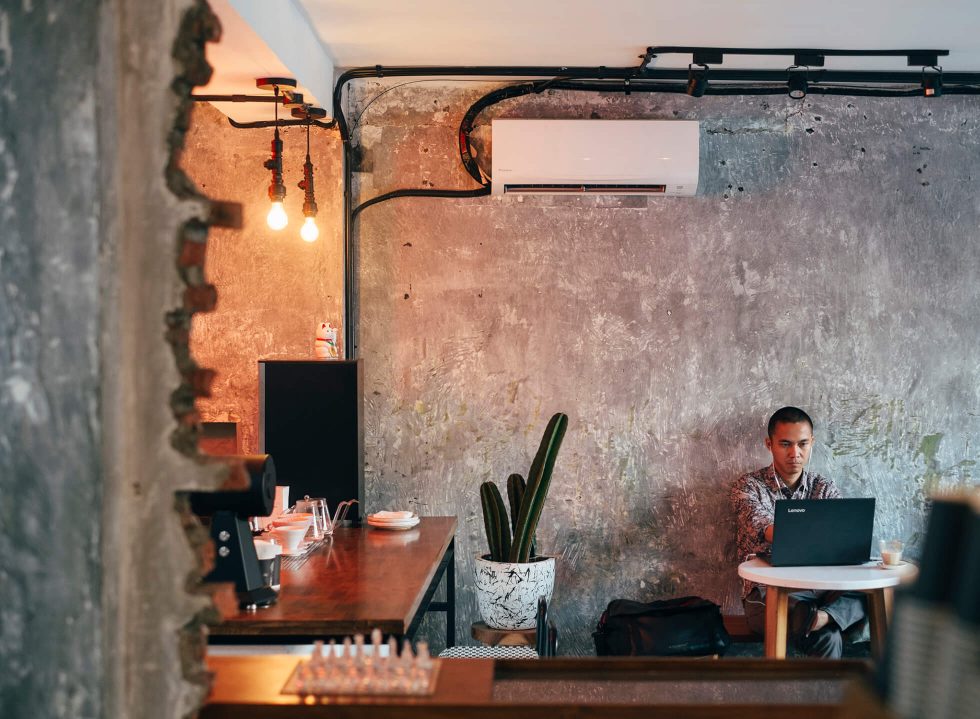 In addition to its first headquarter in Duren Tiga, SMITH— or previously known as Coffee Smith— has arrived with its second joint in Gandaria, paving the way for those who are up for an early cup of coffee or to settle down with its satisfying grub. Gandaria and its surroundings may be a neighbourhood saturated in specialty coffee shops, but it may as well serves as a reason for SMITH to settle on a turf where its inhabitants have a huge love for coffee.

The new two-storey venue is strikingly industrial with a strong masculine verve where you’d find the establishment skull insignia incorporated in elements throughout the coffee shop. Daunting can it be, but unmistakably SMITH.

And what’s also unmistakable is the coffee. By now, it is agreed that the coffee shop is in the element of superbly-brewed cups of coffee. This brainchild of the winner of Indonesia Barista Championship 2018, Muhammad Aga, along with other co-founders, wouldn’t serve anything subpar to coffee enthusiasts. By fusing exclusive locally-grown beans from the archipelago, SMITH is yet again staying authentic to its identity. As always, find your perennial favourite cuppa of SMITH Blend (Toraja, Garut and Argopuro beans), or for a hint to your pick, have a go at its specialised Yin-Yang to counter the heat, where the perfect blend of espresso, charcoal and creamer is brought to you in a single mug.

Apart from the perfect consistency of its persona and quality, the establishment pitches anew on its range of menu. Made different from its first establishment, the dishes now vary between light grubs to refreshing desserts. If you’re one to nosh on light nibbles, the Berger Rolls is a scrumptious affair. In the mood to feast on heftier dishes? Fair choices of main course — from rice bowls to pasta — are up for grabs. To wrap it up, indulge in the crème de la crème: French Toast with vanilla ice cream on top.

Well, it is fair to say that SMITH has earned its triumph by luring all kinds of visitors to its brand-new comely neighbourhood and of course, its well-brewed cup of joe. From white-collar workers to the urban Jakartans, everyone would instantly feel at ease to linger for a cupful of coffee or dig into its satisfying dishes.