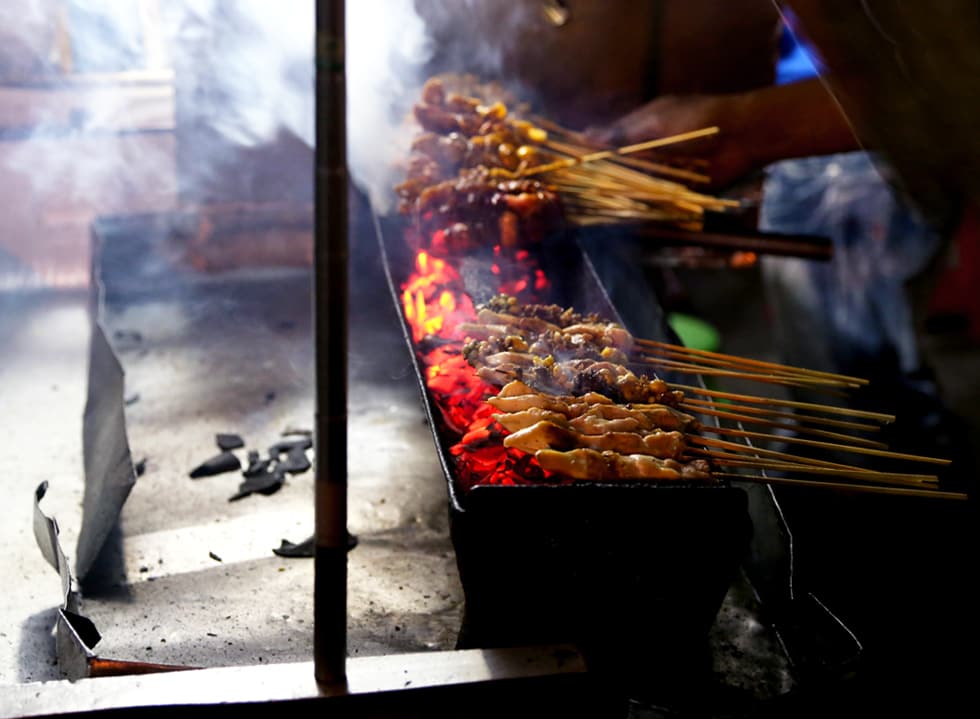 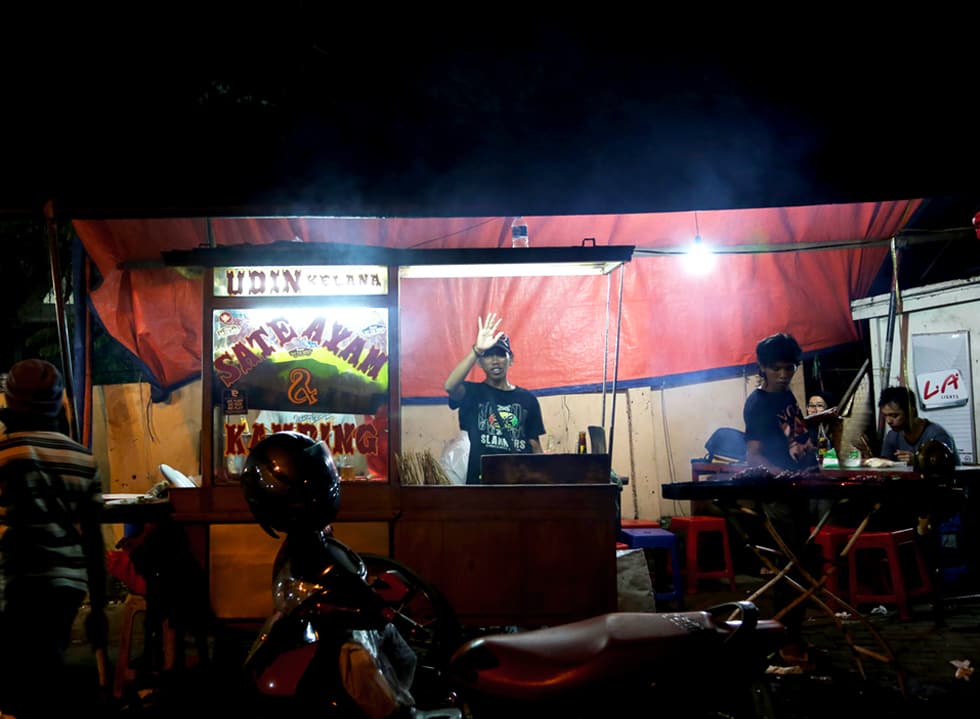 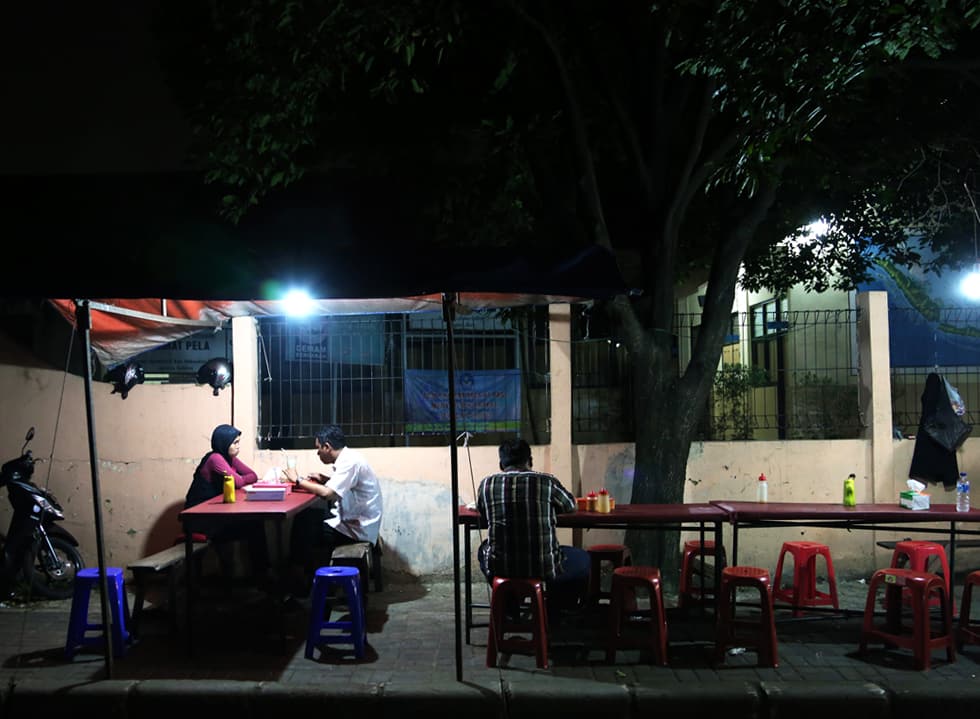 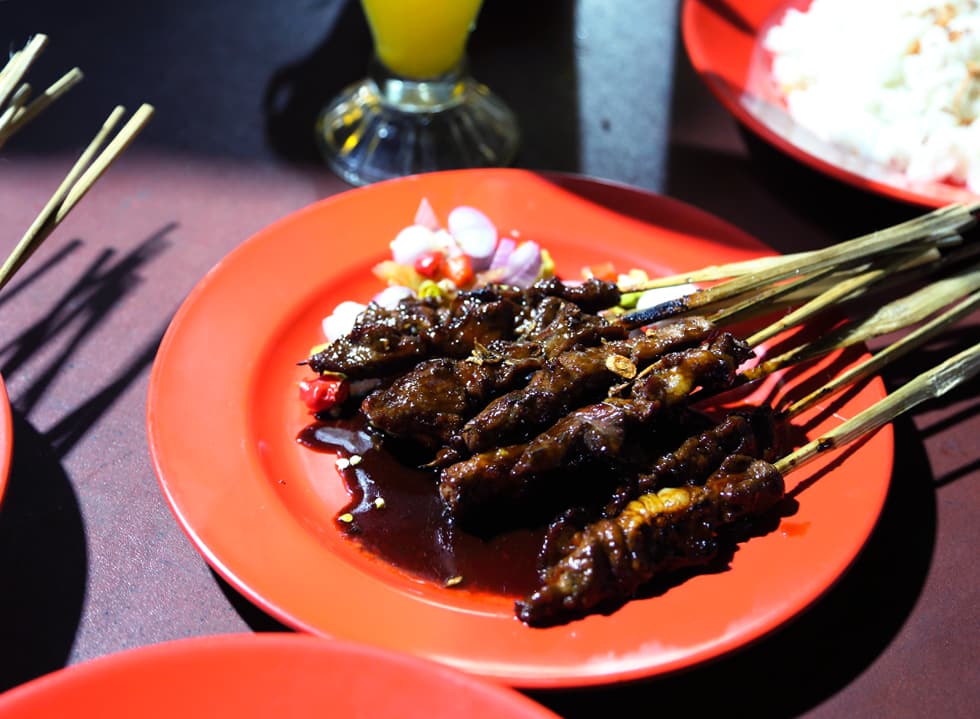 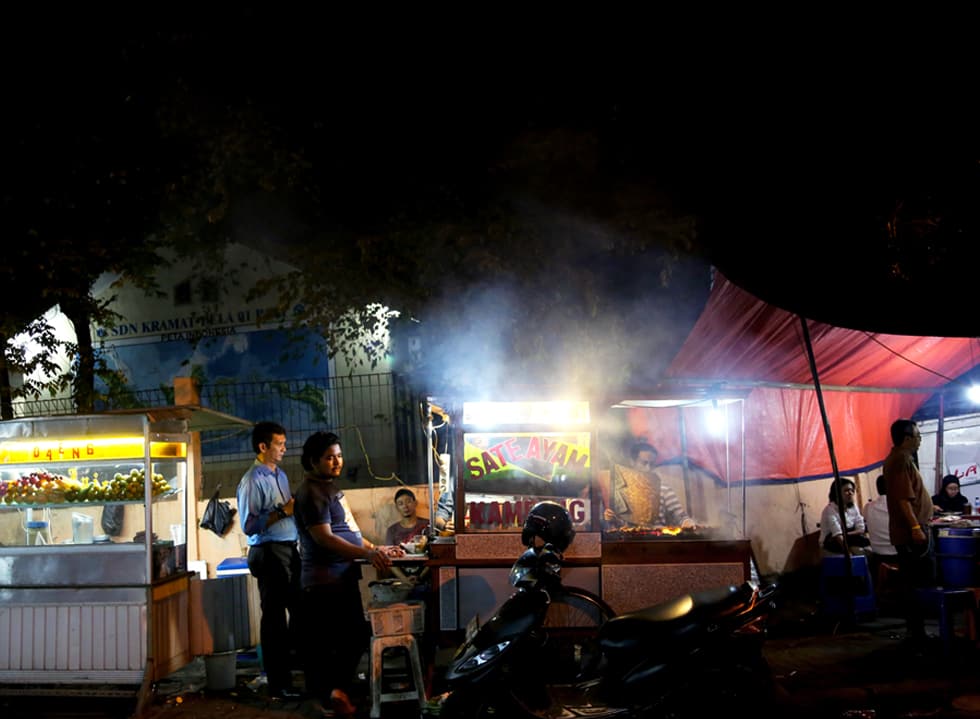 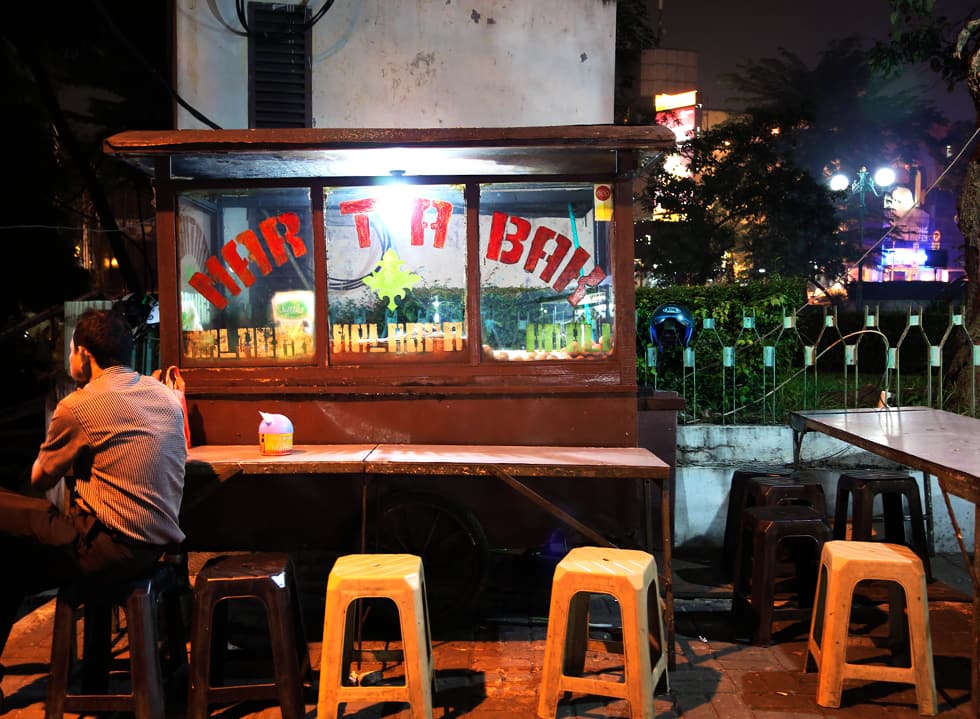 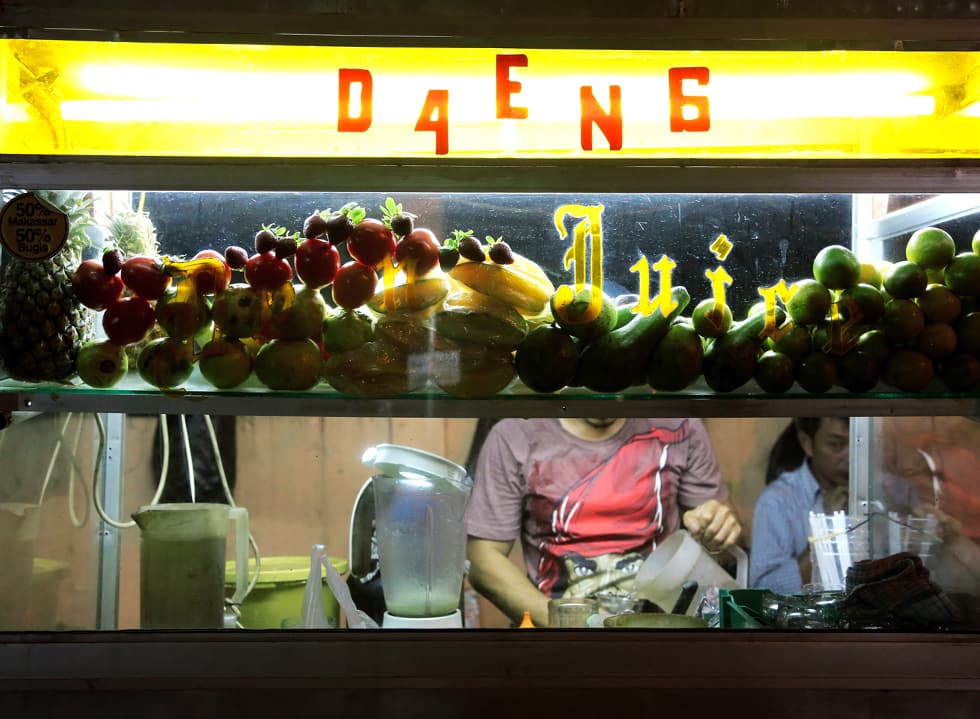 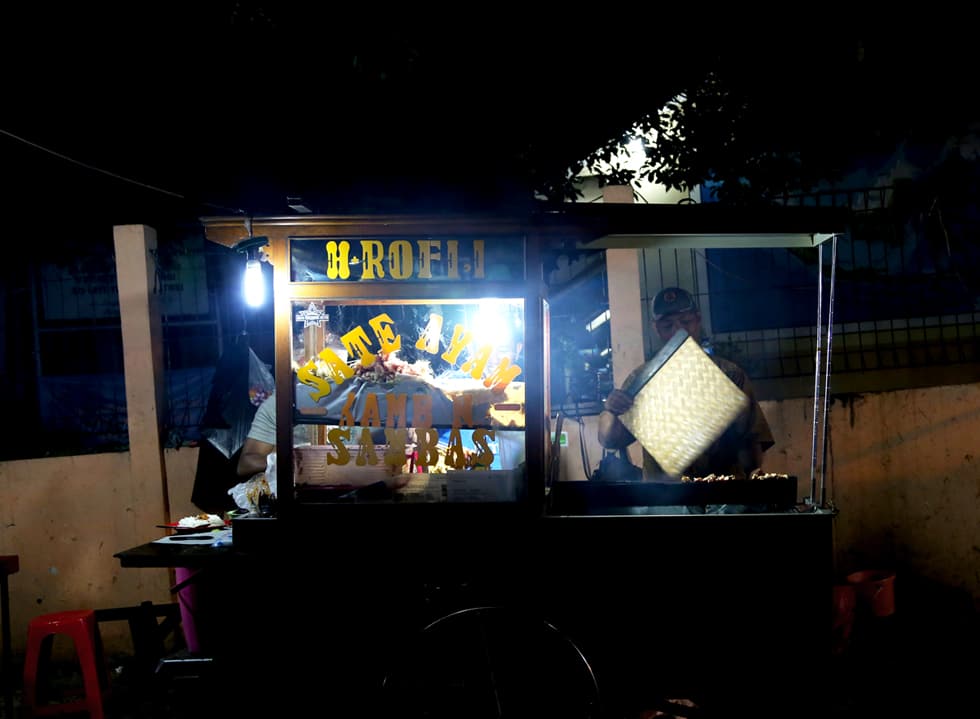 Share
In this group of satay stalls, mutton and chicken are not the only delicacies worthy to be on the sticks.
Sate Sambas
Jl. Sungai Sambas 1
Jakarta Selatan
Price
Open
Everyday
4pm - 12.30am
Features
Dine in the Car
Halal Options
Open Late

There’s a saying that birds of the same feather flock together. Located in Sungai Sambas street, Sate Sambas does not consist of just one operating stall, but a group of them, side-by-side, fanning the all-time favourite satay.

No satay tastes the same. At Sate Sambas, you’ll have the luxury to choose a stall that caters to your palate. Still, this does not mean that one is better than the other. Expect choices of satay that range from mutton, chicken, chicken skin and “pre-egg” (not its actual name).

To be exact, “pre-egg” is a “baby” egg that is still inside a hen when it was slaughtered. Hence, its size is smaller than the usual egg. “Pre-egg” is so small that it is practically an egg yolk wrapped by thin egg white film. But don’t expect it to taste like a conventional egg. The flavour leans towards potato minus the smell of egg yolk.

Whether you find this a delicacy or not, there’s no denying that the variety of satay here is admirable. The stalls begin to sell as early as 4pm in the afternoon and stretch all the way to midnight depending on the crowd. Still, finding this place is not as easy as it sounds. Sate Sambas is located inside a housing complex area, away from the main street. A prove that the satay alone is enough to attract fellow foodies to flock together.