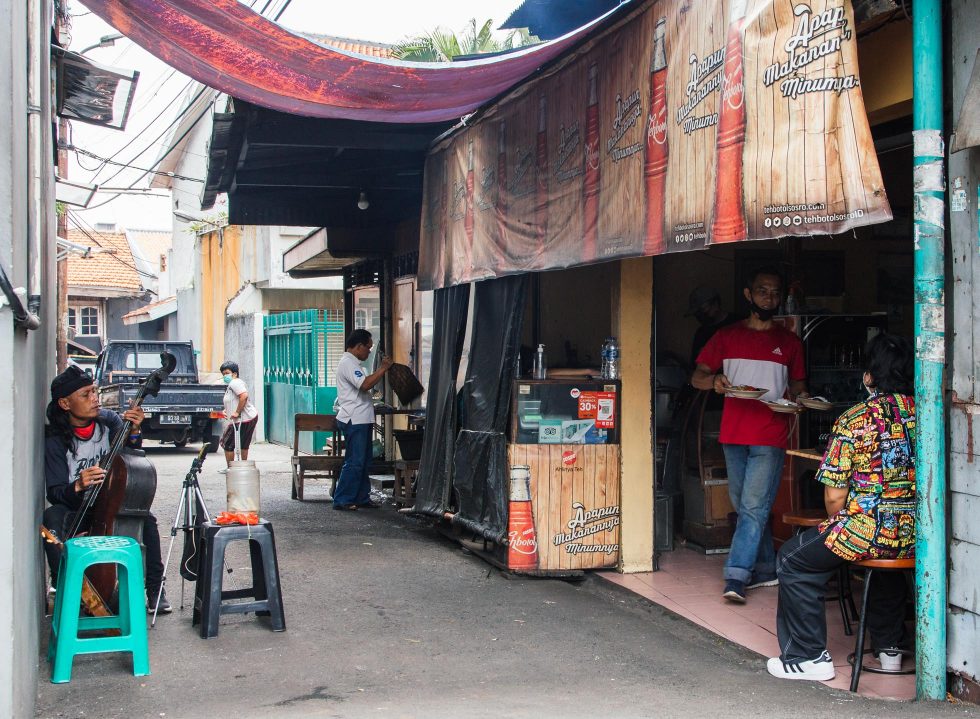 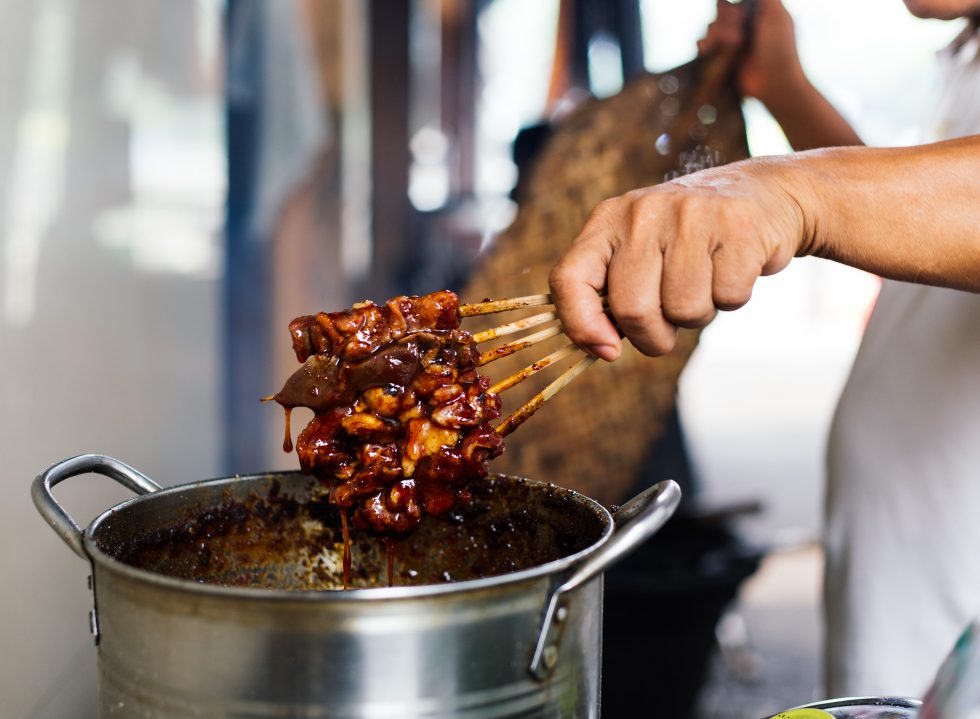 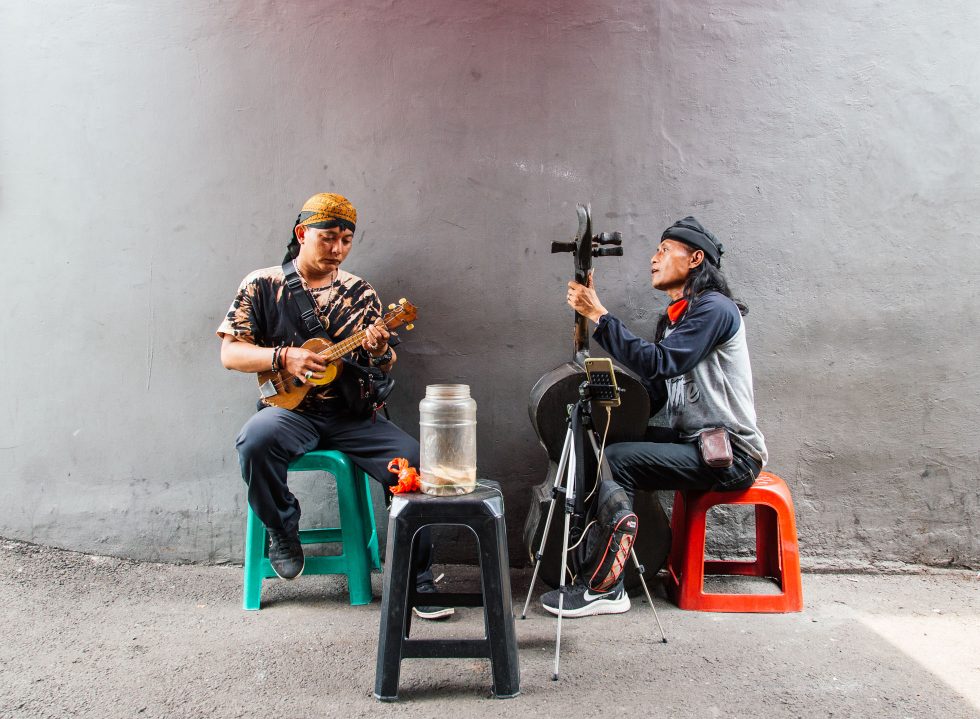 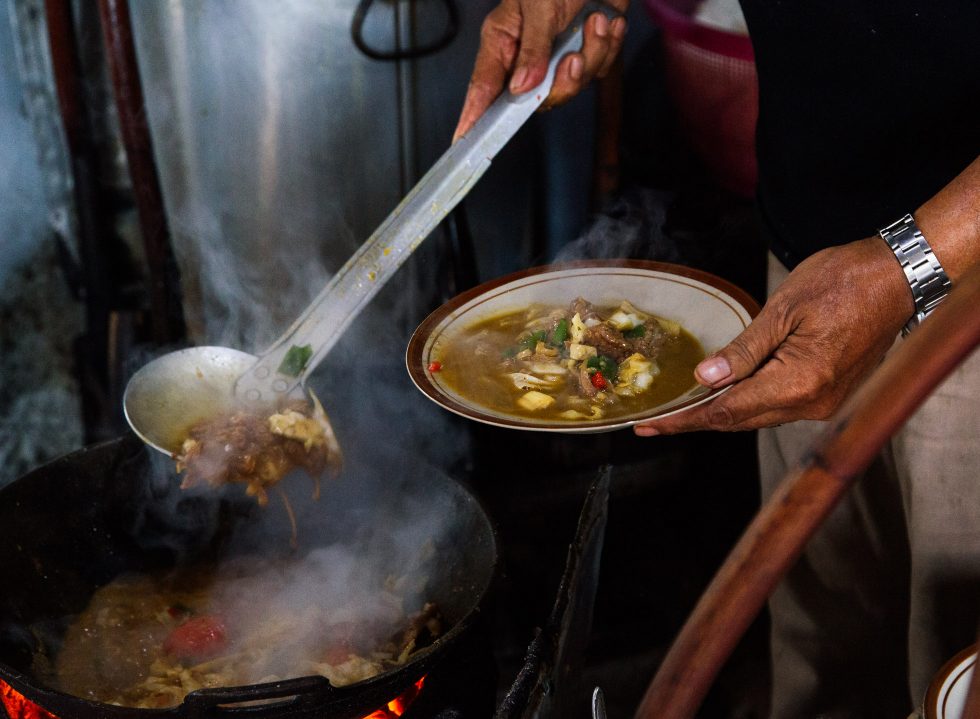 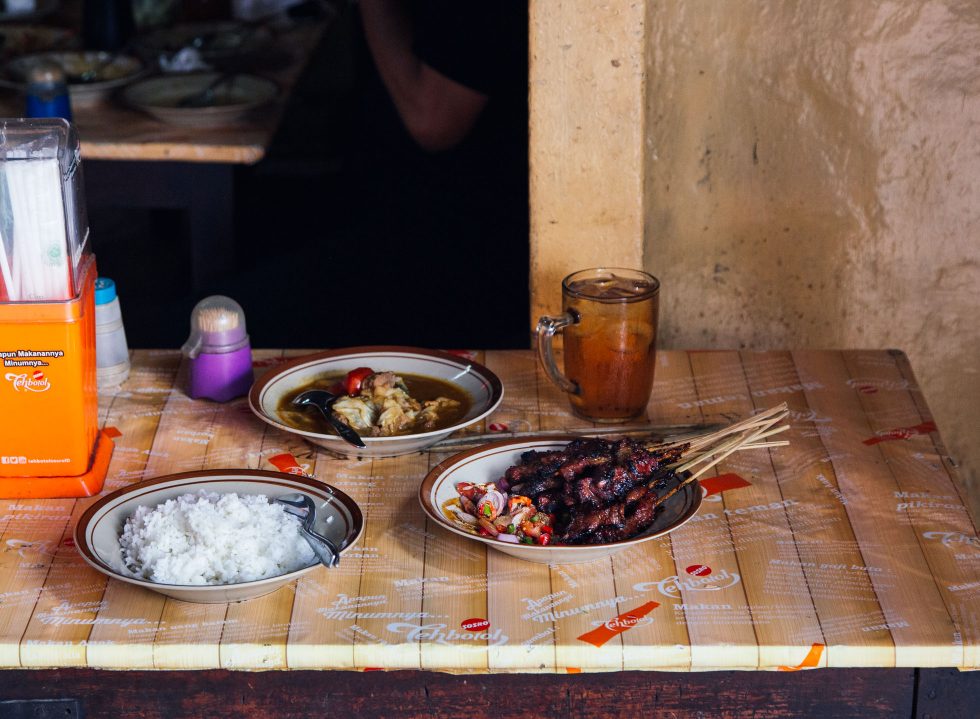 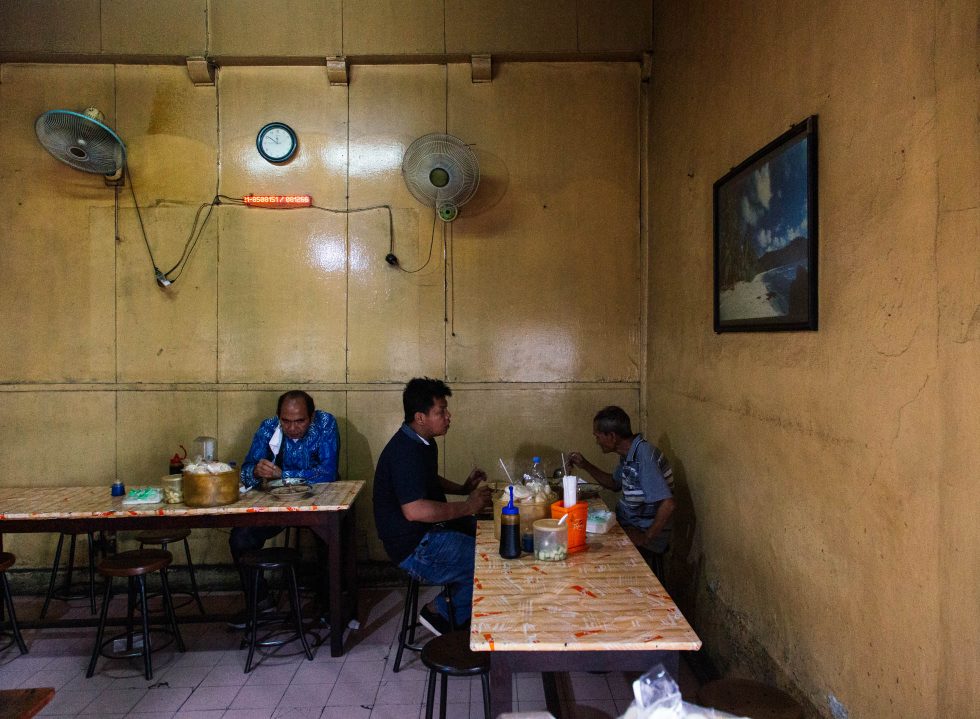 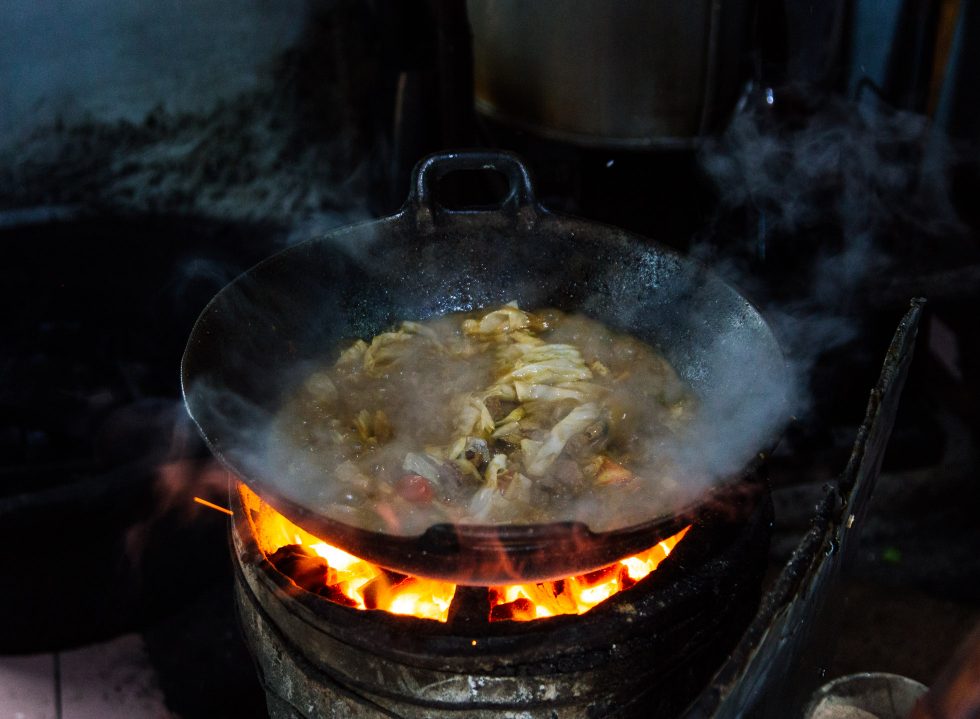 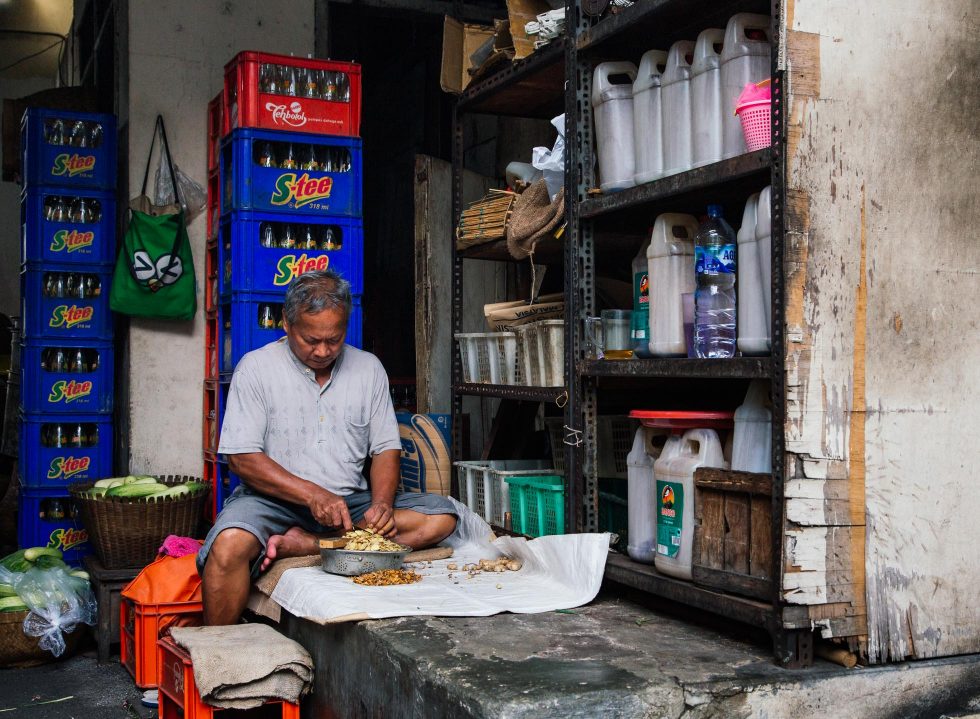 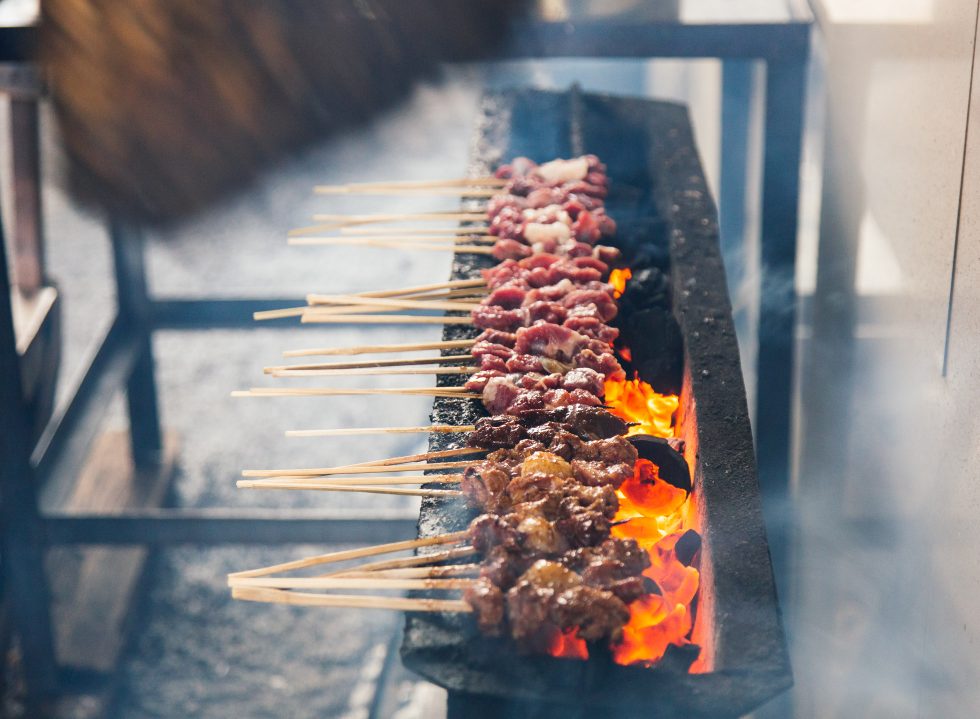 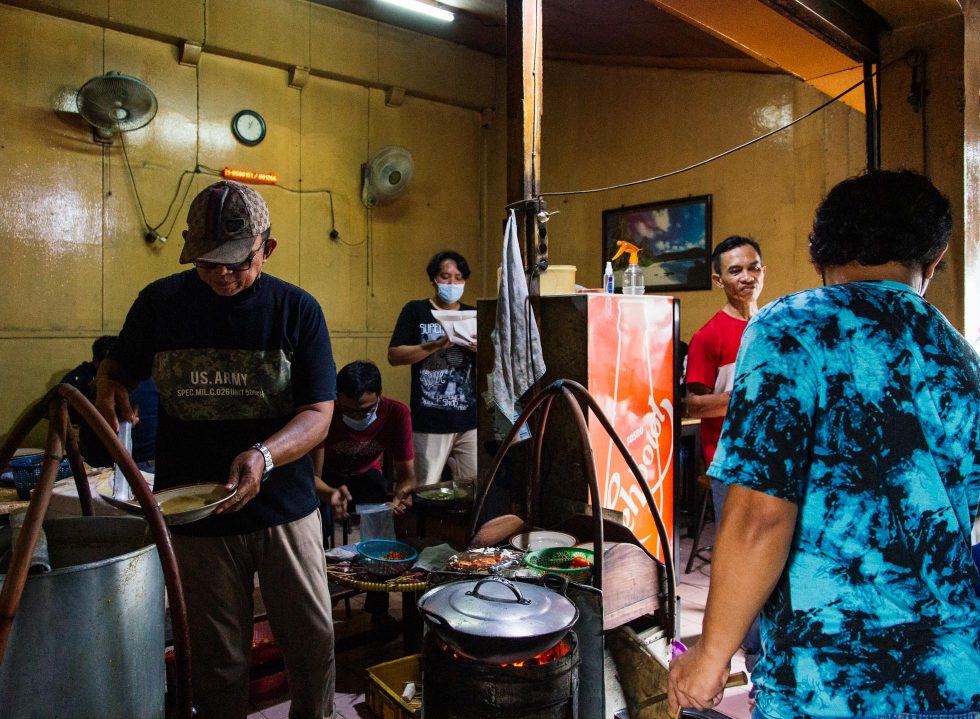 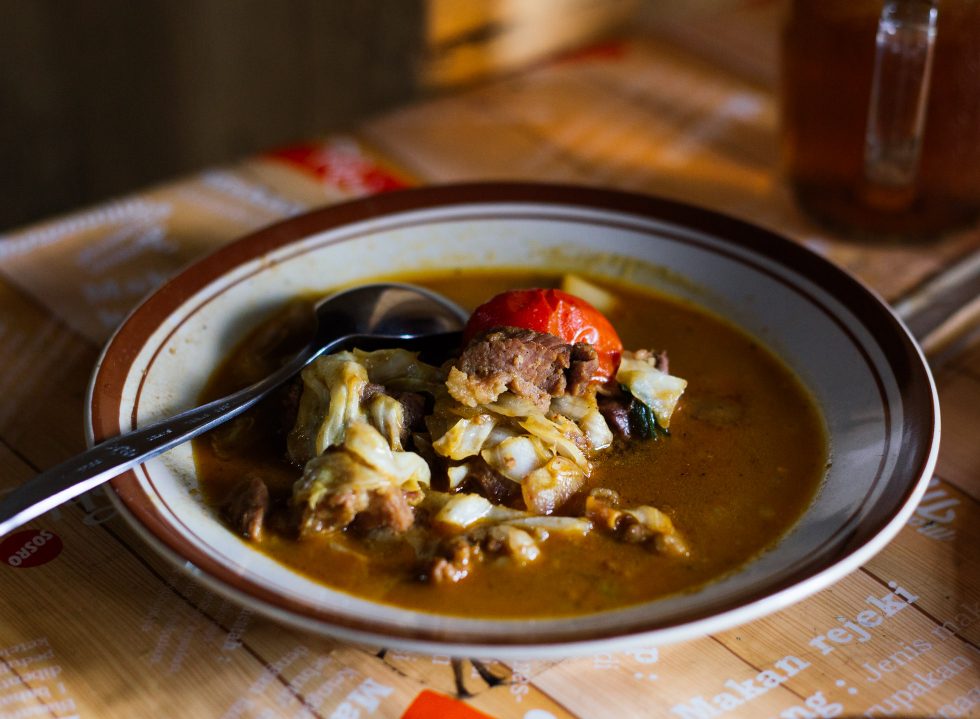 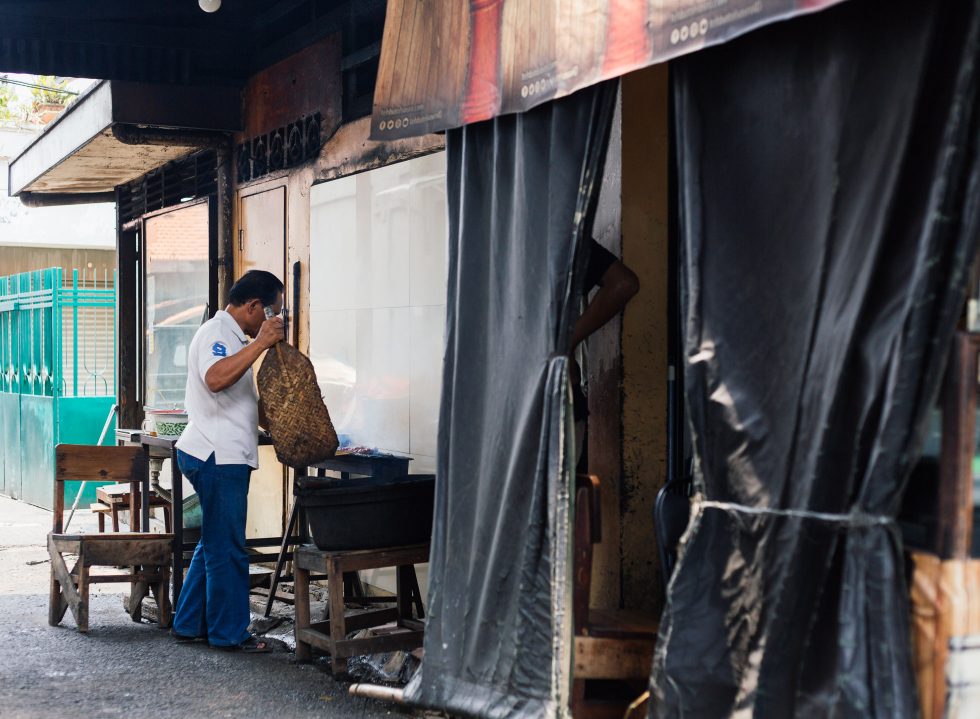 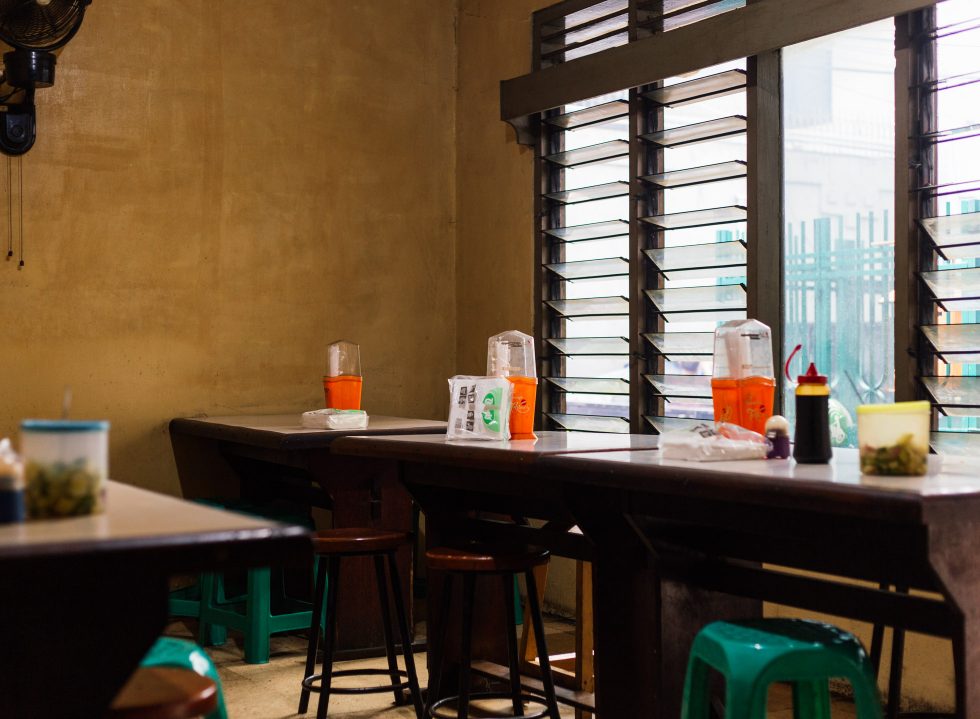 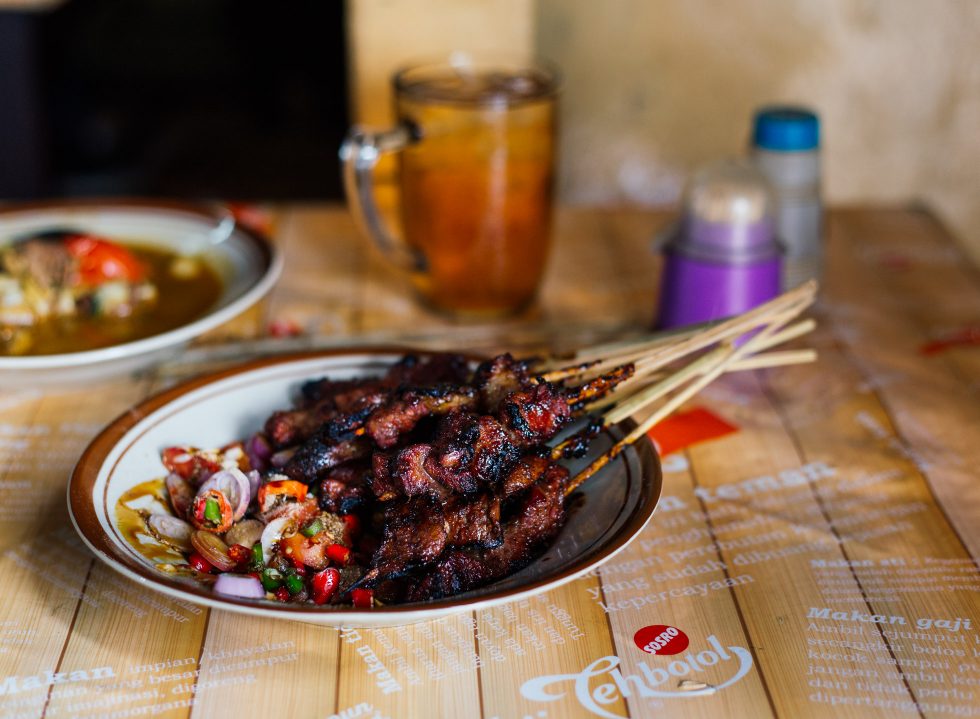 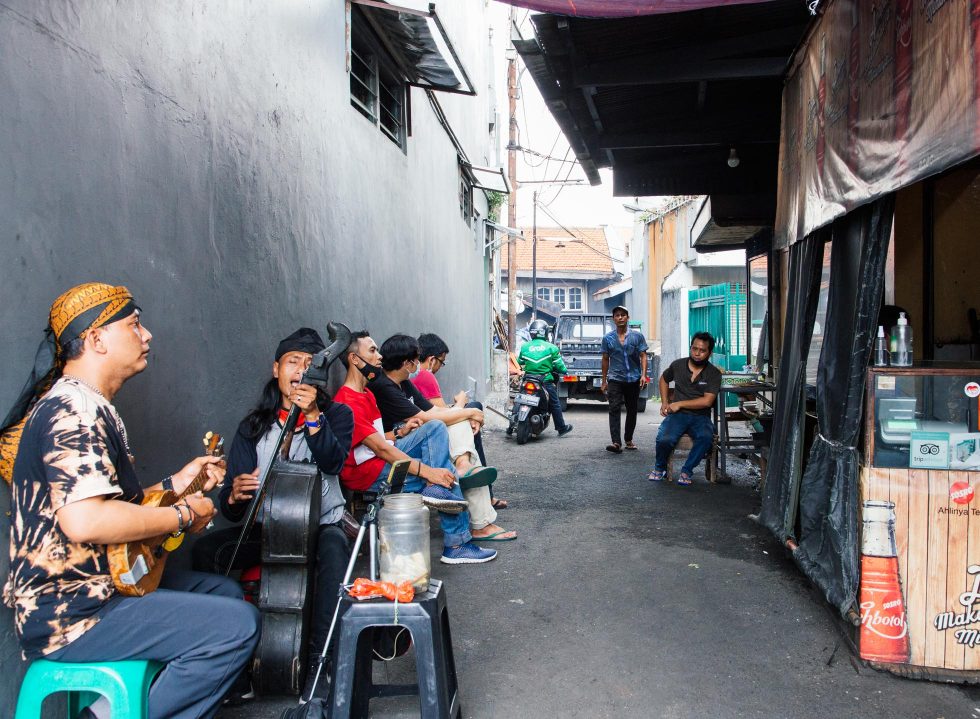 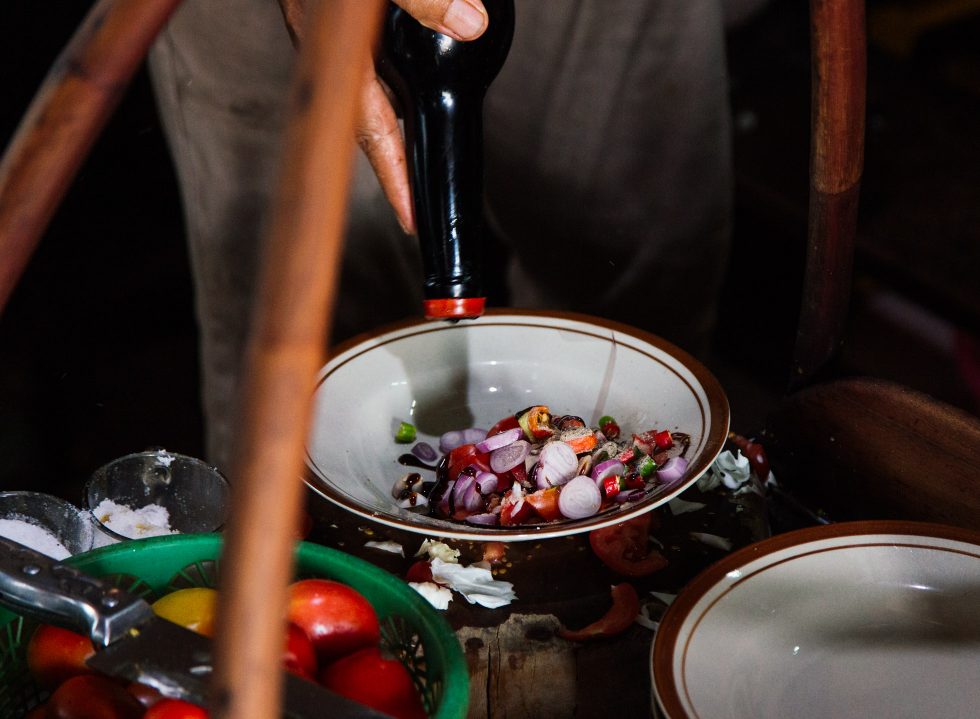 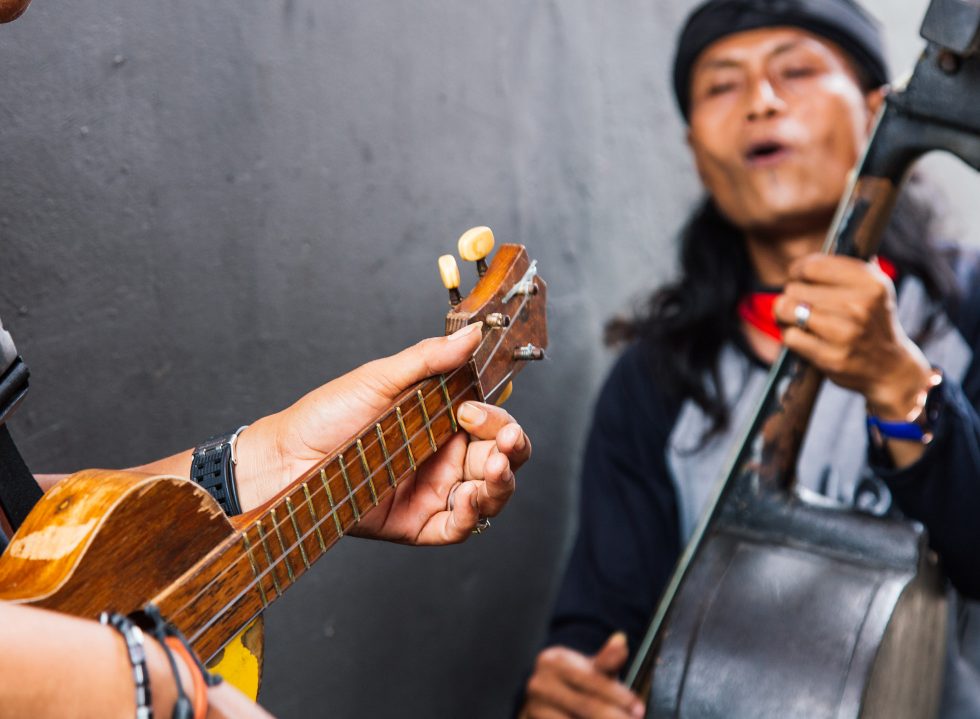 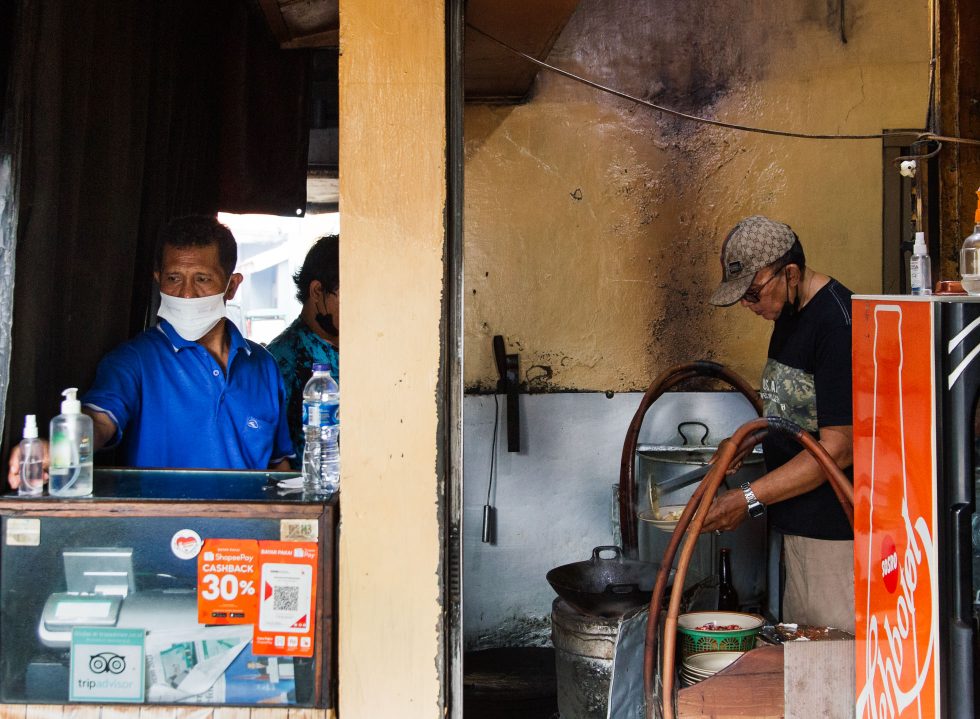 Share
Step into Gang Lele in Jatinegara, and you’ll spot the satay eatery known as Sate Keroncong. A legend in the area, the eatery serves up a combination of delish goat satays and euphonious keroncong ensemble that delights both the palate and musical sentimentalities of those who come by.
Sate Keroncong
Gang Lele, Jl. Matraman Raya No.224
East Jakarta
Price
Open
Mon-Sun
9.30am-5.30pm
Cuisine
Indonesian
Features
Live Music
Outdoor
Contact
t. (021) 8508151

Smack in the middle of Jatinegara’s commercial hubbub, the soulful melodies of keroncong music fill the air in Gang Lele. There, the seasoned traditional musicians have been entertaining locals, but most importantly the diners of local satay parlour, who by association, became known as the legendary Sate Keroncong.

At this satay eatery, originally named Warung Sate Sederhana, live keroncong music meets classic Central Javanese flavours. On most days visitors are treated to the dulcet tones of Mas Alek and Mas Supri’s soft pickings on the ukulele-like instrument that signifies the genre. The two performers have been doing this for quite a while, but they’re not the only ones. Keroncong musicians have always frequented the eatery as their favourite stage.

Taking over from his father in 1998, Pak Muliono welcomes them. Apart from making sure the musicians are always fed, the man in charge spends every morning mixing the spices himself—keeping the taste true to his late father’s recipes. To that end, he also preserves the traditions; everything is made by hand and a wood fire is used in favour of modern alternatives.

With a family recipe passed down since 1959, Sate Keroncong has served endless plates of traditional Javanese goat satays and dishes to its long list of multi-generational regulars. Their menu features the classics: Sate Kambing, Gulai, and Tongseng, all slathered in spices with a side of warm rice.

The crowd favourite Sate Kambing is a no-brainer—served with an enticing mix of sweet soy sauce, strong chili, and ground white pepper, each skewered meat and liver slice is juicy and richly spiced with palm sugar and cinnamon. Meanwhile, their Tongseng (a type of goat curry) broth is comfortingly creamy and aromatic, enriched with generous cuts of meat to fulfill one’s appetite.

With such flavourful promise, accompanied by the keroncong ensemble, it’s no wonder that droves of regulars consistently make their way to the alley for a bite of Sate Keroncong’s offerings throughout the years. Inseparable, here, good food and good music find their place in one.