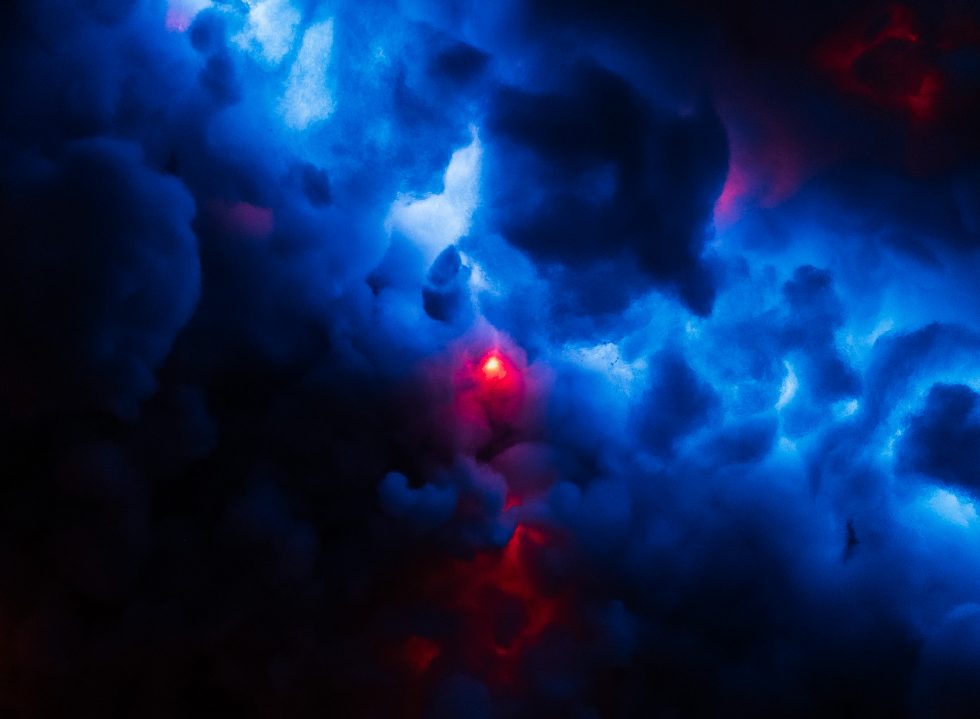 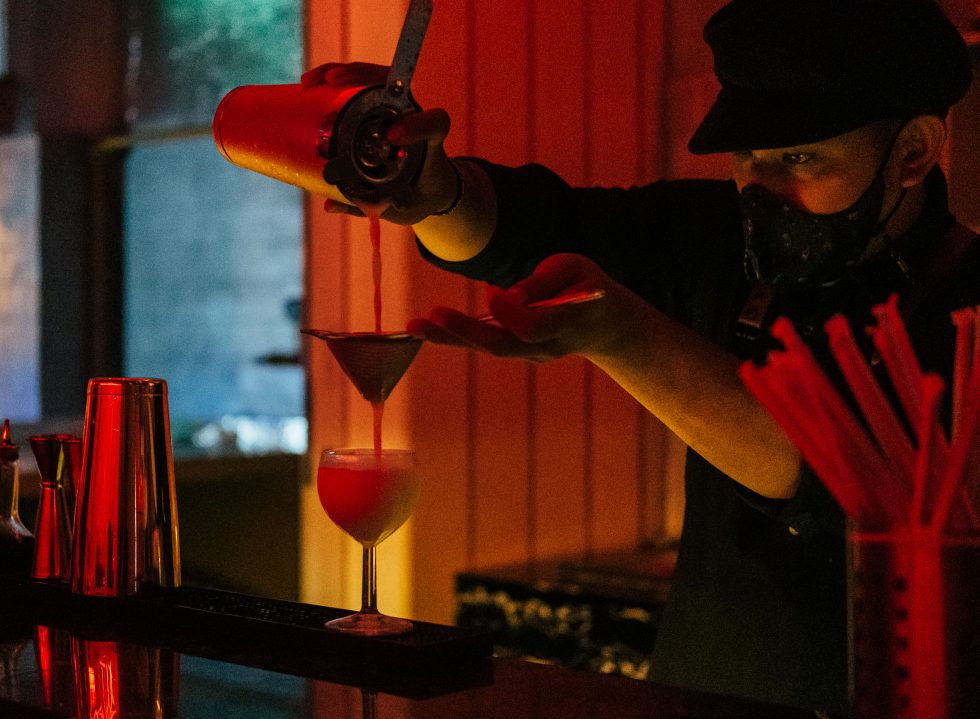 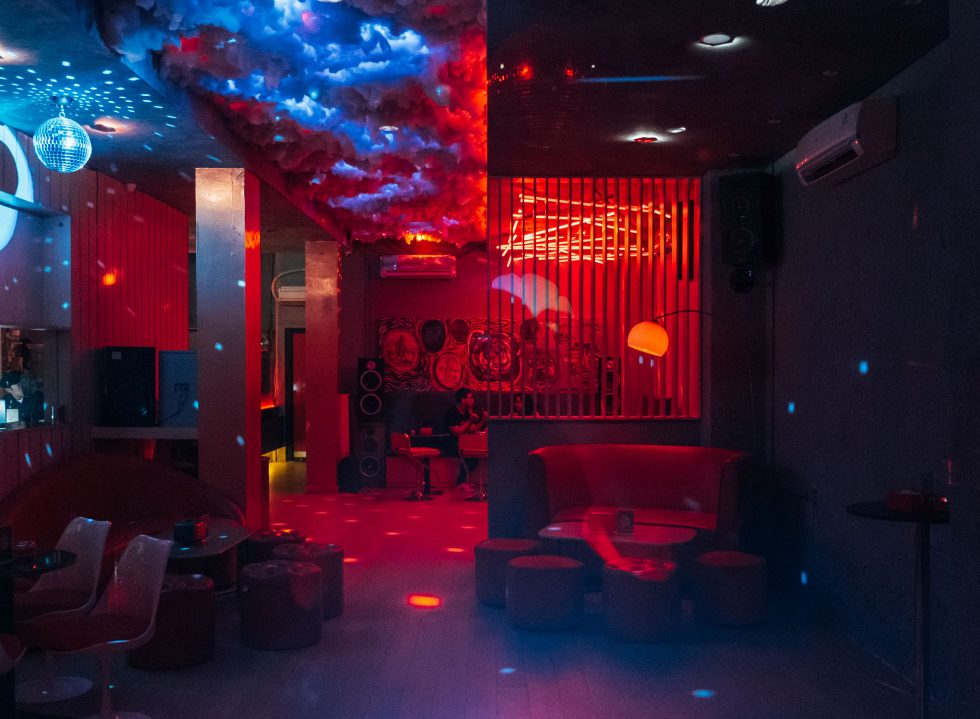 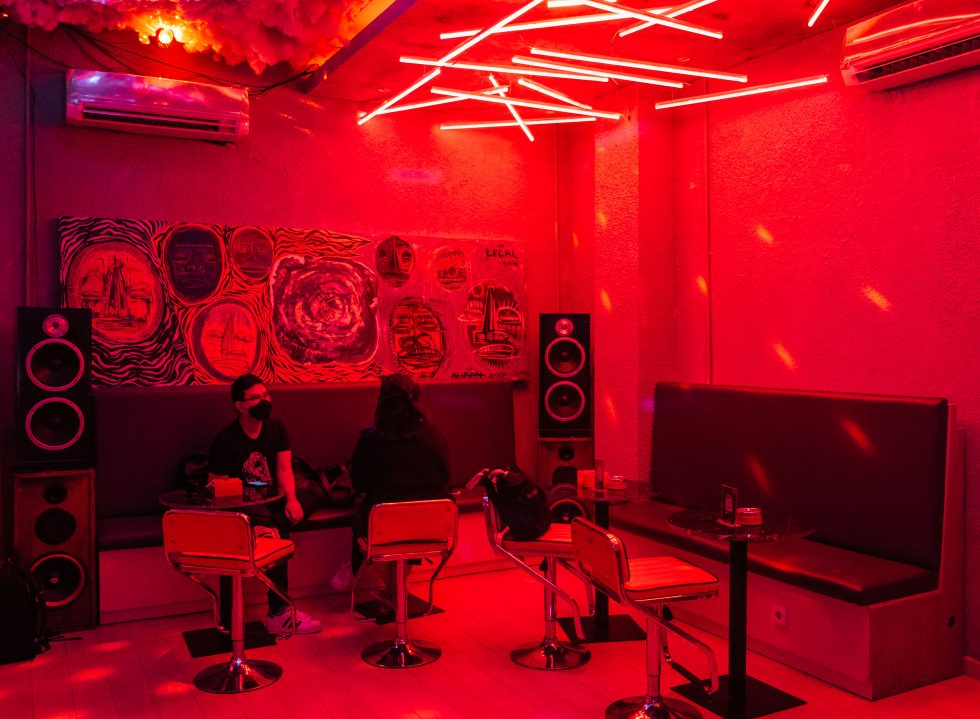 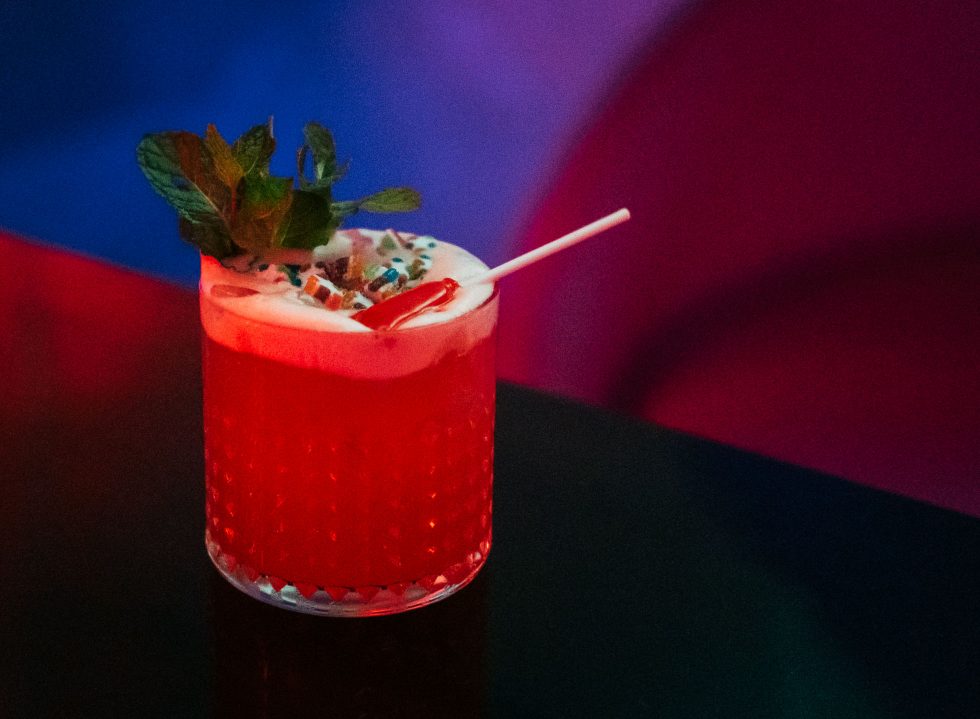 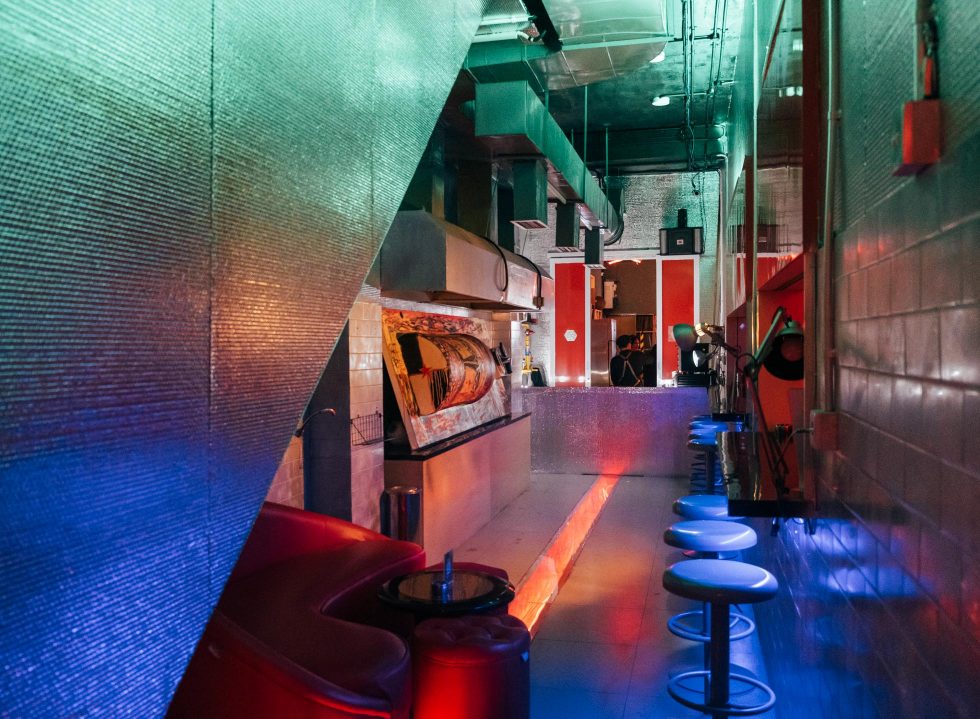 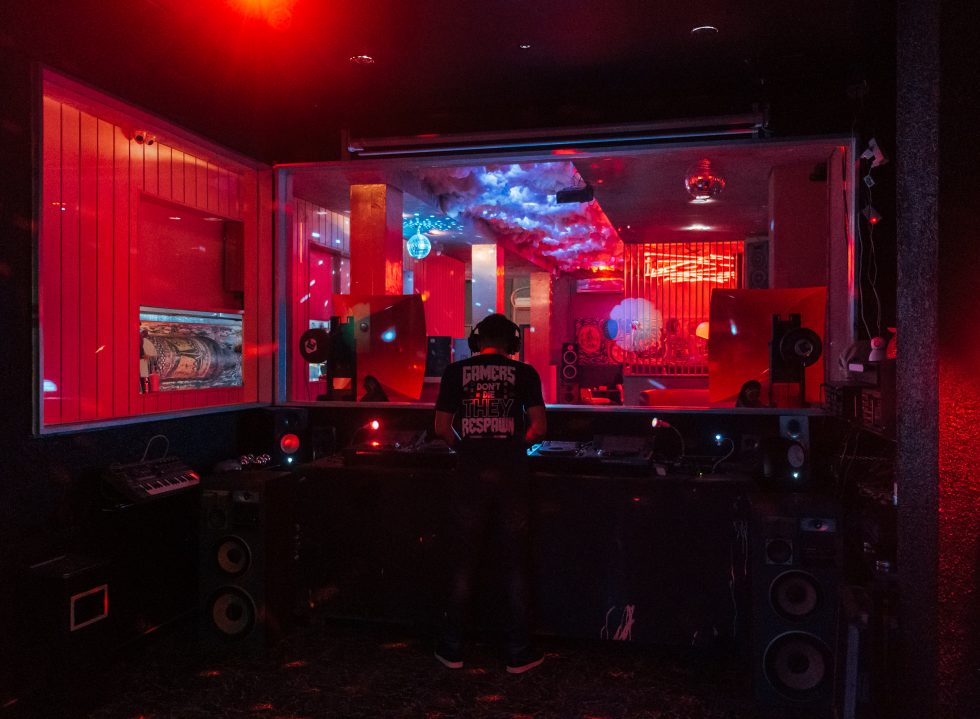 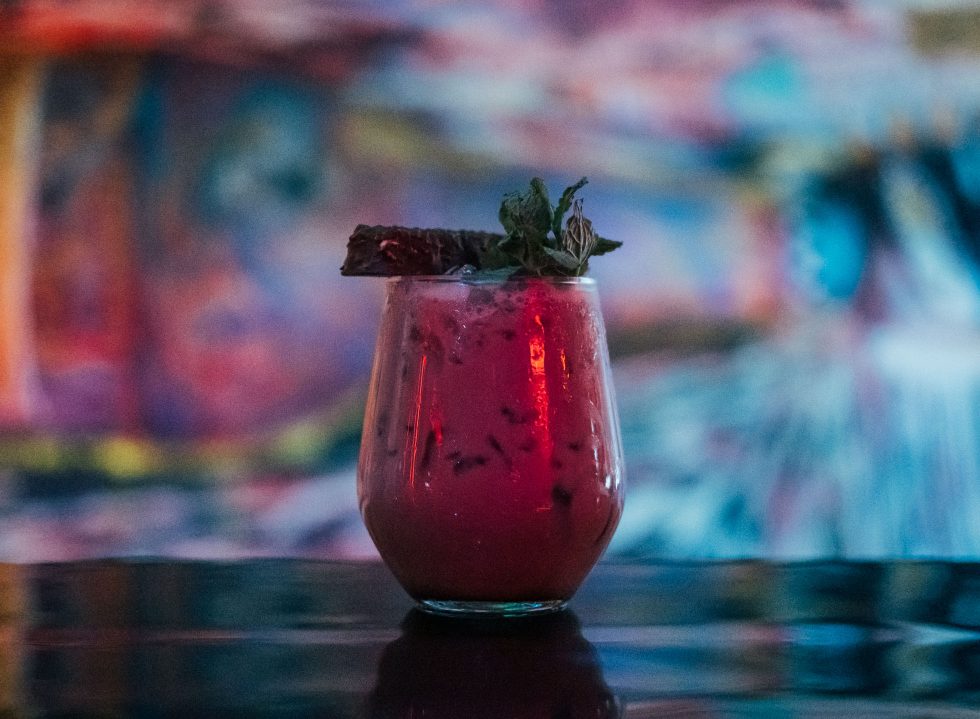 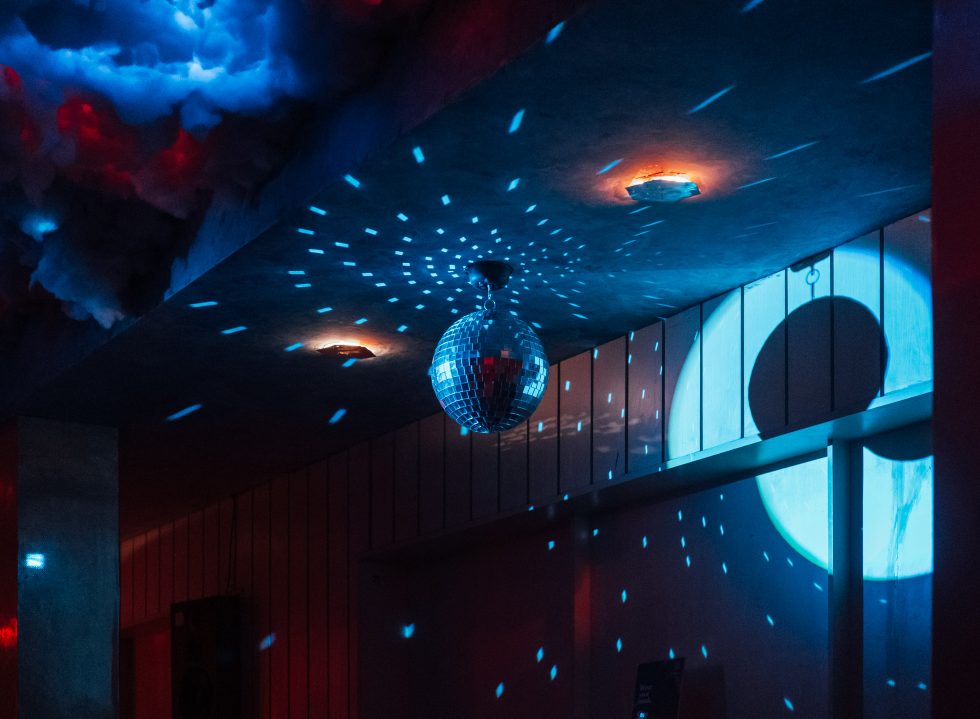 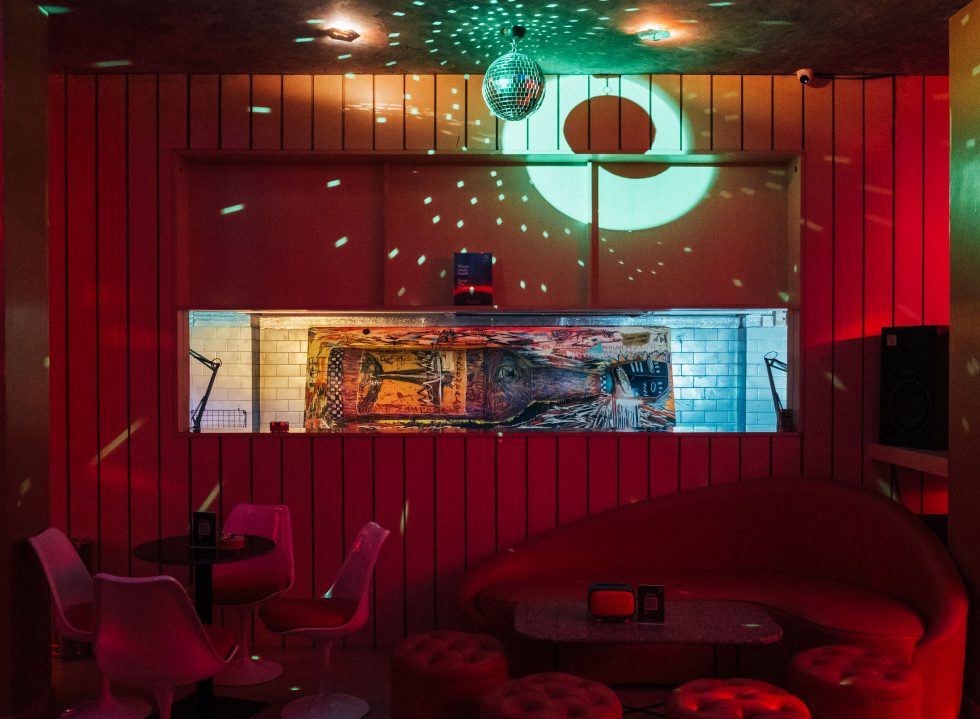 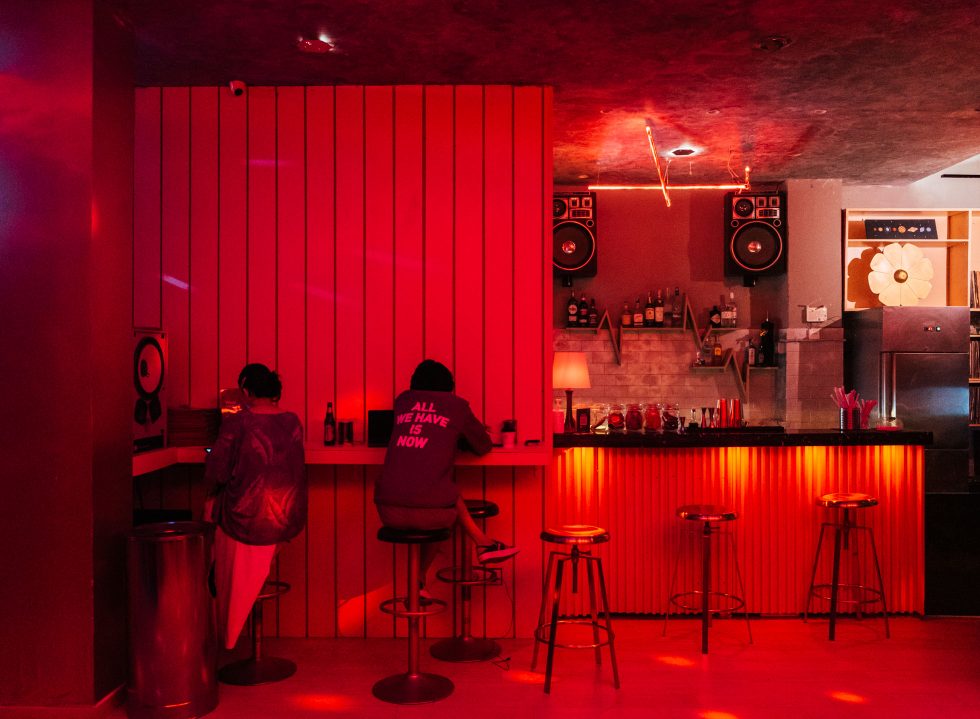 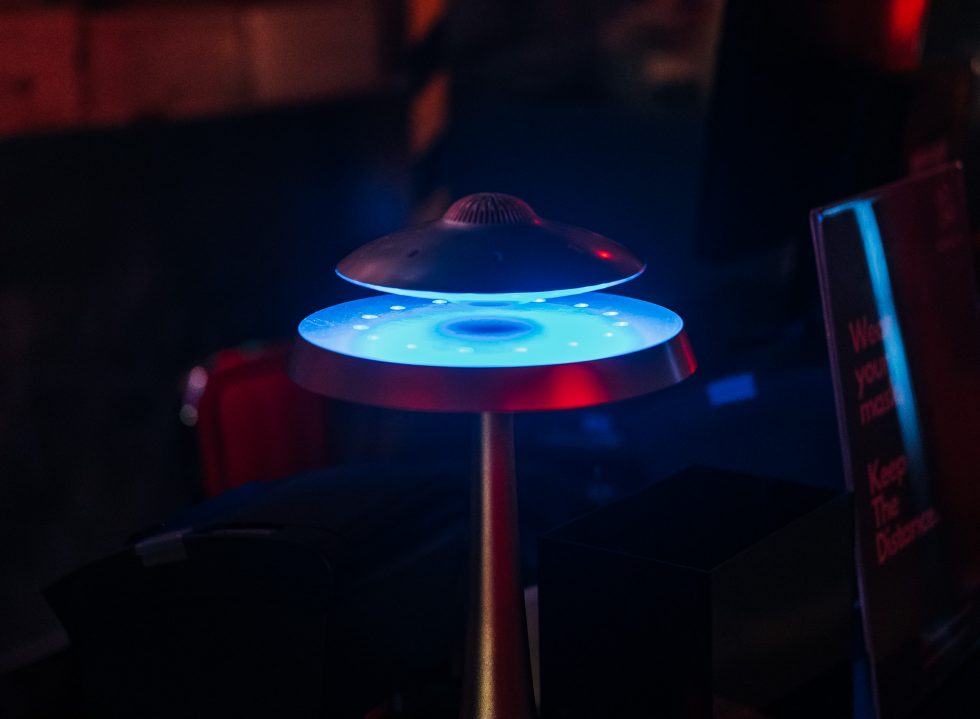 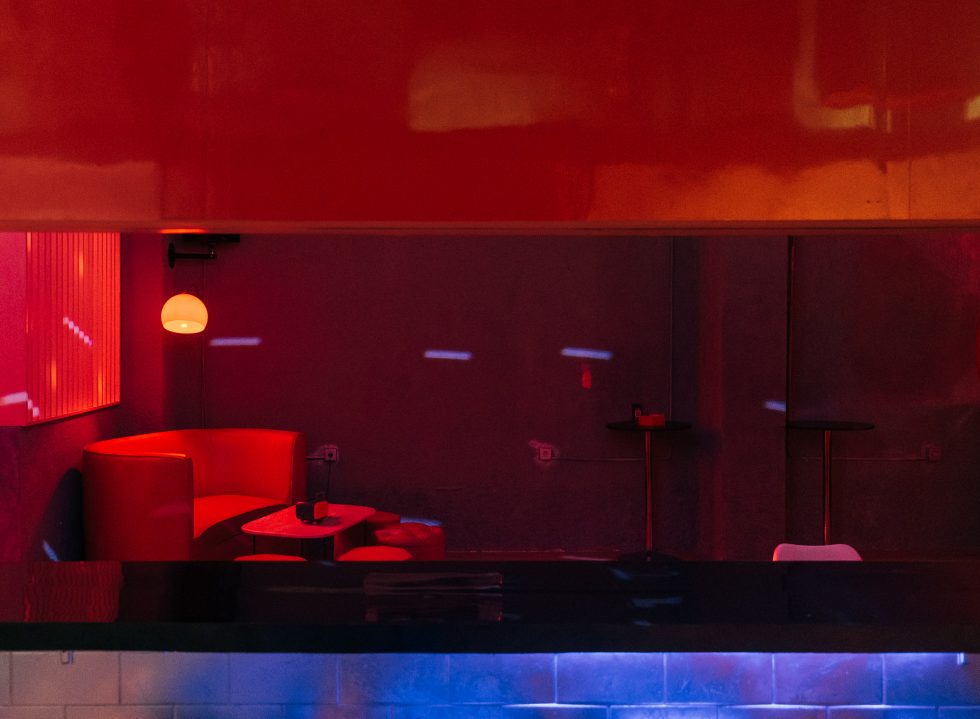 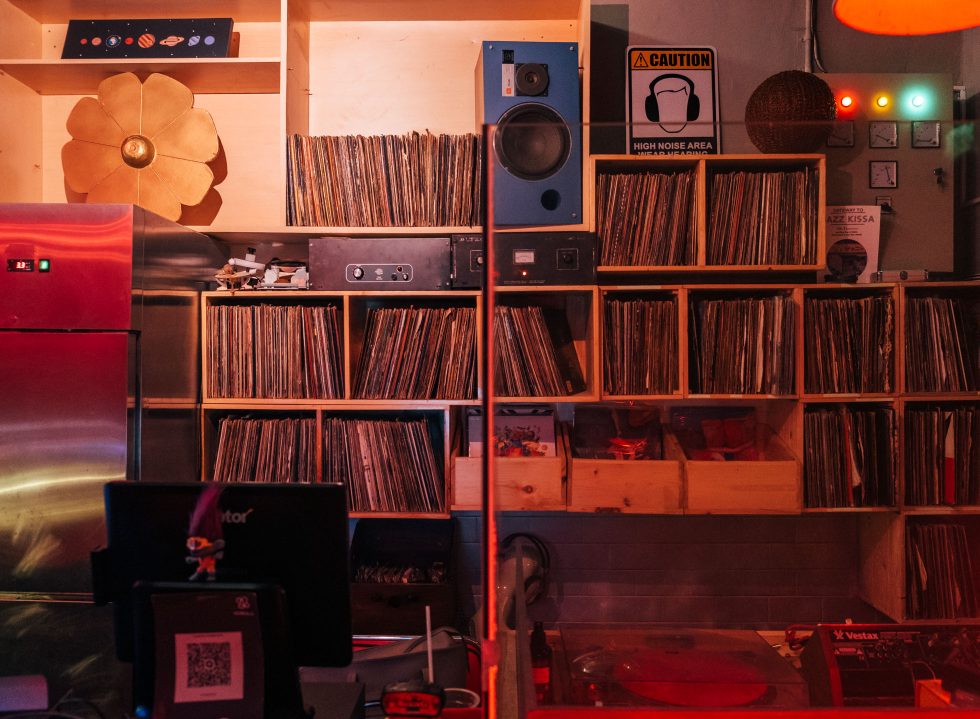 Share
Settling among the rows of Little Tokyo, Nebula prefers to stay out of sight. But for those in the know, the red-lit bar brings old-time fun with spunky drinks and music along with arcade games to round off the night.

Bar hoppers around Blok M might have a place they regularly frequent, but they would have to play hide and seek to find this discreet location somewhere in the heart of Little Tokyo. Unassuming to most with no flashy signage by the entrance, this hidden spot is Nebula, a space to release your inhibitions where everybody is welcome to let loose, but for only those who can find this secretive hideout.

A passion project between four friends, their desire for a go-to bar that fits their personalities led them to open one that stands for their ideal hangout spot. The founders DIY-ed the interior by hanging dim red lights, cloudy ceilings and disco balls, taking over what used to be a Japanese restaurant. For a touch of extra personality, the now-defunct kitchen area showcases an art installation by Alipjon, exemplifying the bar’s eclecticism, with an arcade room next to it to round up all the fun on a night out here in Nebula.

You’ll never know which genre they’ll be playing, where one night you might listen to jazz, and other nights they might range from techno, to city pop, and disco. As a reflection of its namesake, Nebula is also meant to be “a place to create stars, because the DJs who perform are experimental, underground and unknown to the local scene,” said Clarissa Eunike, one of Nebula’s initiators. The DJ deck in the common room also plays vinyl, which Nebula inherited from Tanamur, the first and oldest discotheque in Jakarta that has since closed in 2017.

With the founders’ different personalities come different tastes as well. Here, signature cocktails are inspired by iconic songs, for example, Paula Abdul’s Forever Your Girl is an aperol & campari cocktail served with a piece of candy on the side to counter the sour flavour, while Chocolate High by India Arie is a crowd-favourite vodka tipple that tastes deceivingly like innocent chocolate milk with a punch. Light bites are on offer too, but with the culinary lineup in Little Tokyo, munchies shouldn’t be an issue.

With the lively bar scene in Jakarta, finding one’s ideal spot could be a dilemma, but once you do, you either want to scream it to the world or keep it exclusive between your posse. Nebula falls into the latter-kind where a little covertness keeps the fun going for Jakarta’s urban nightcrawlers.