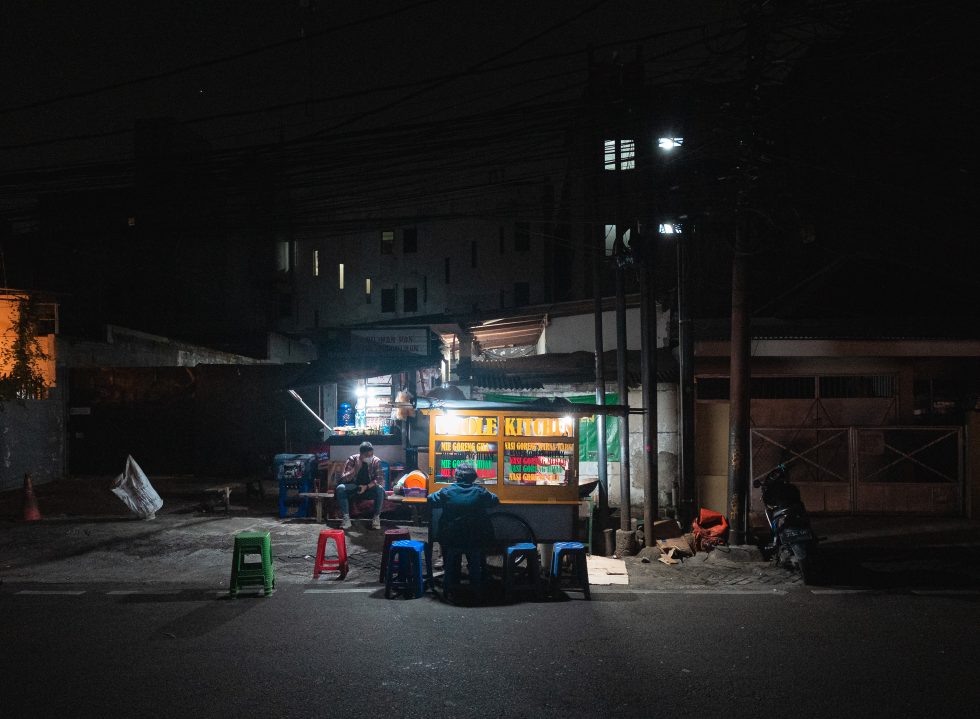 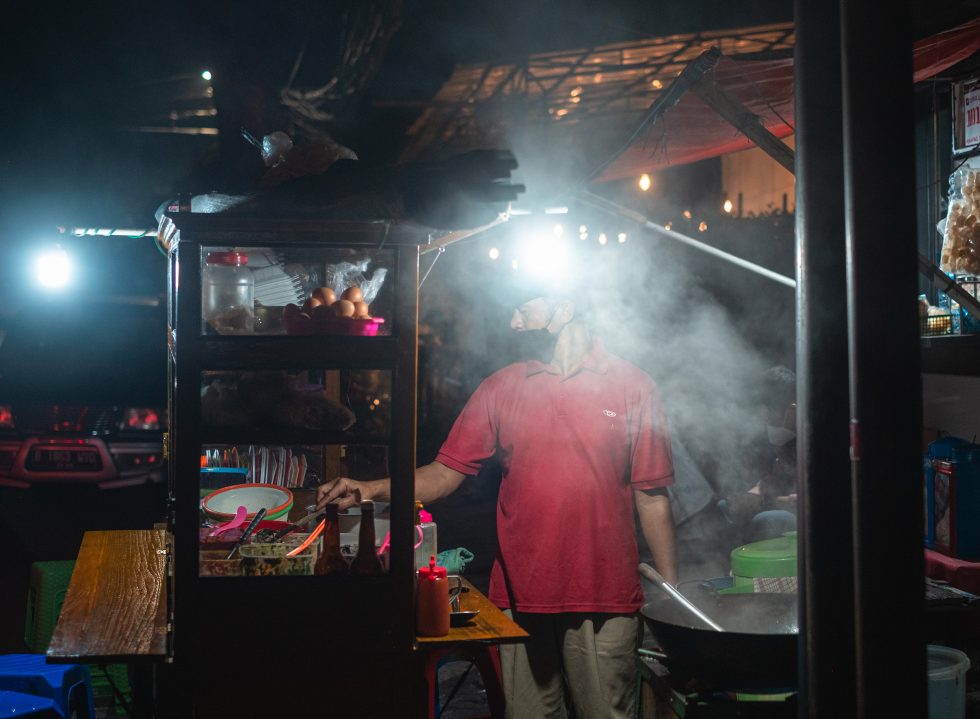 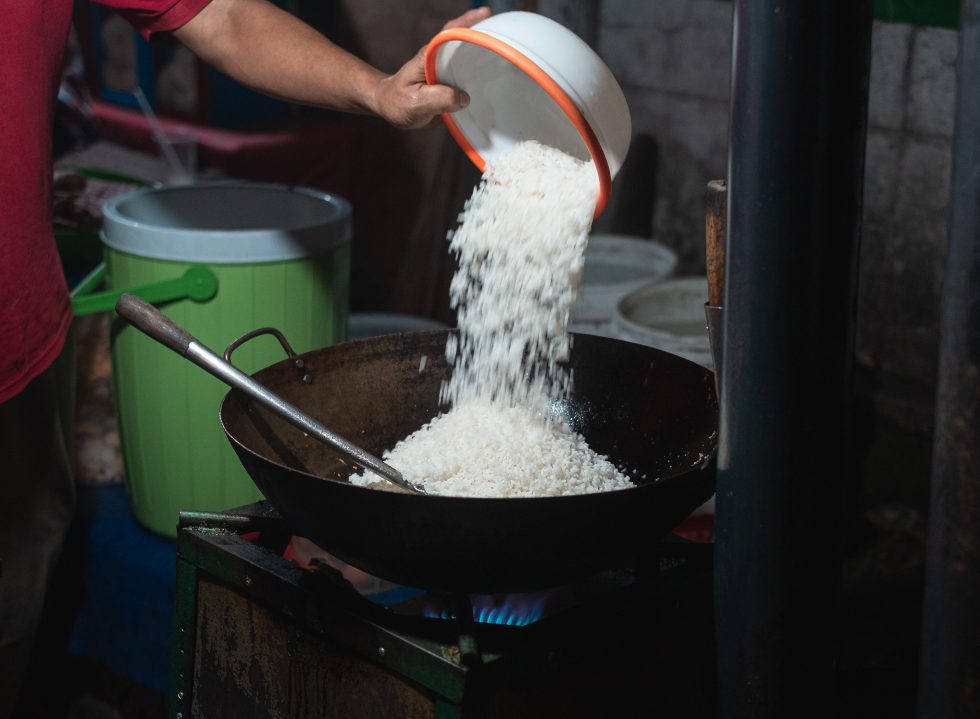 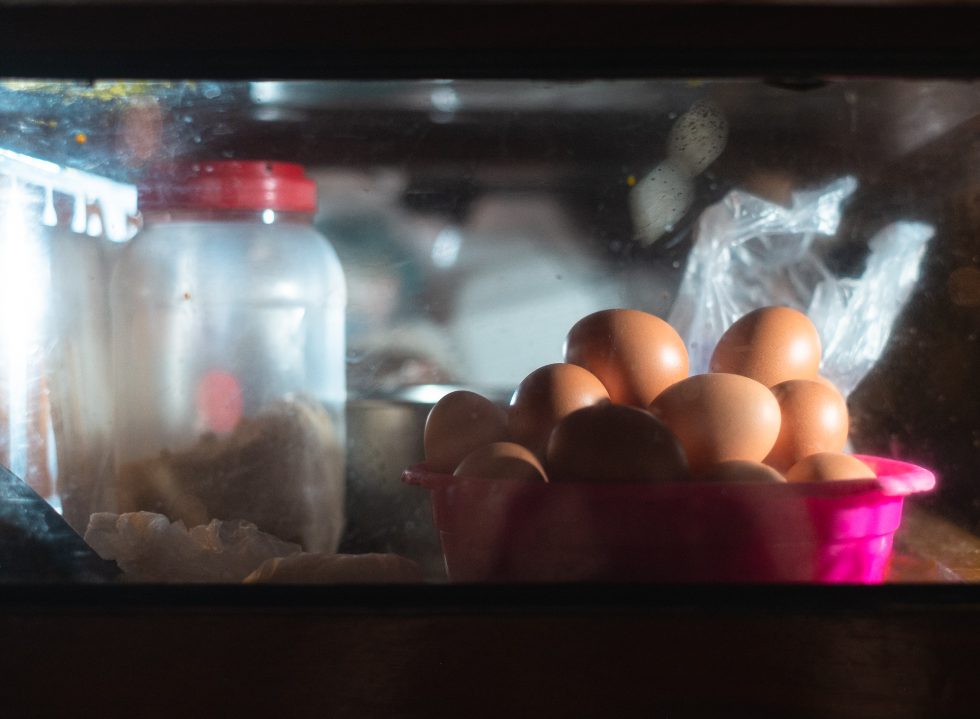 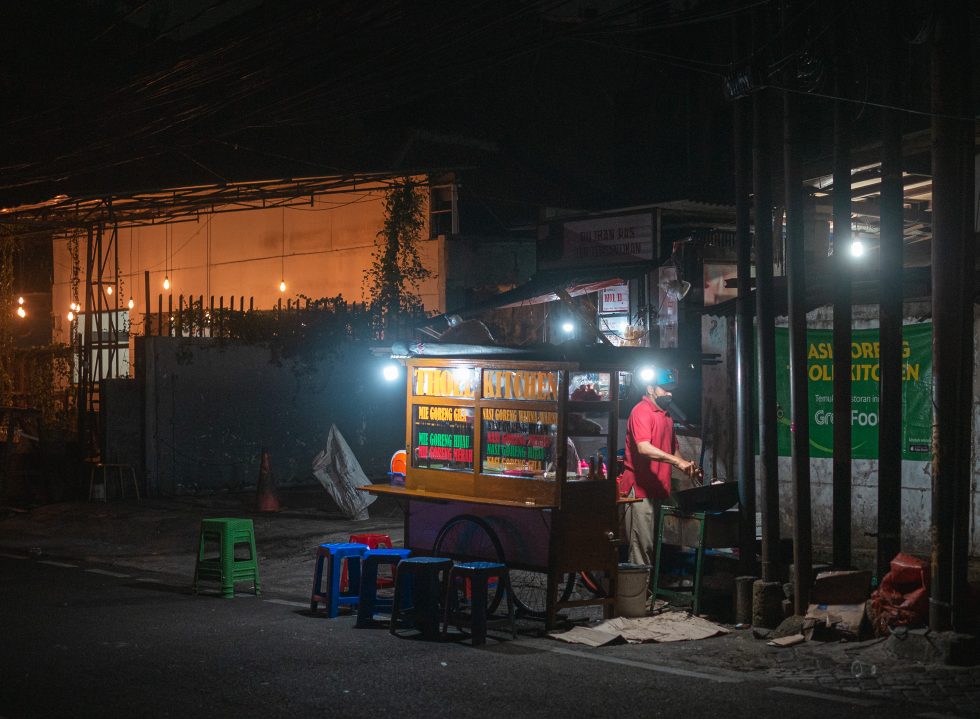 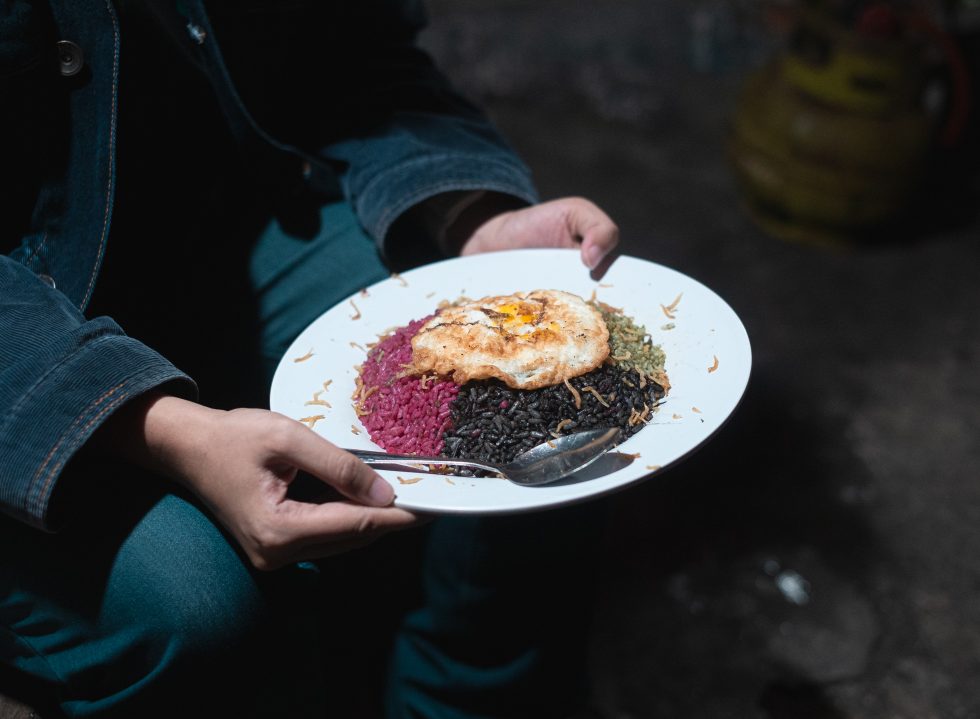 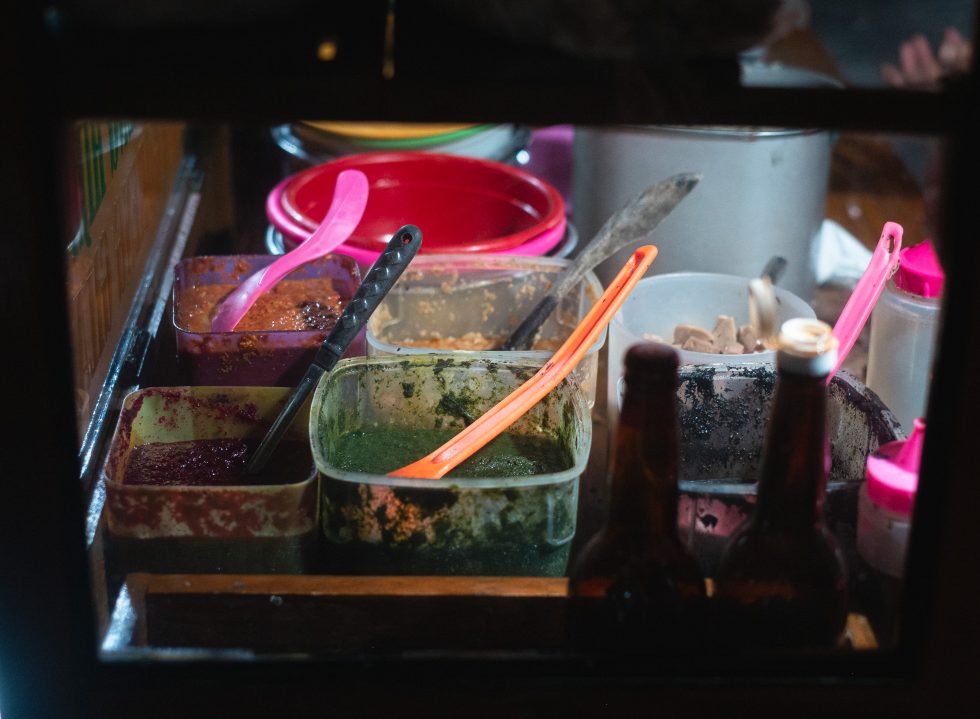 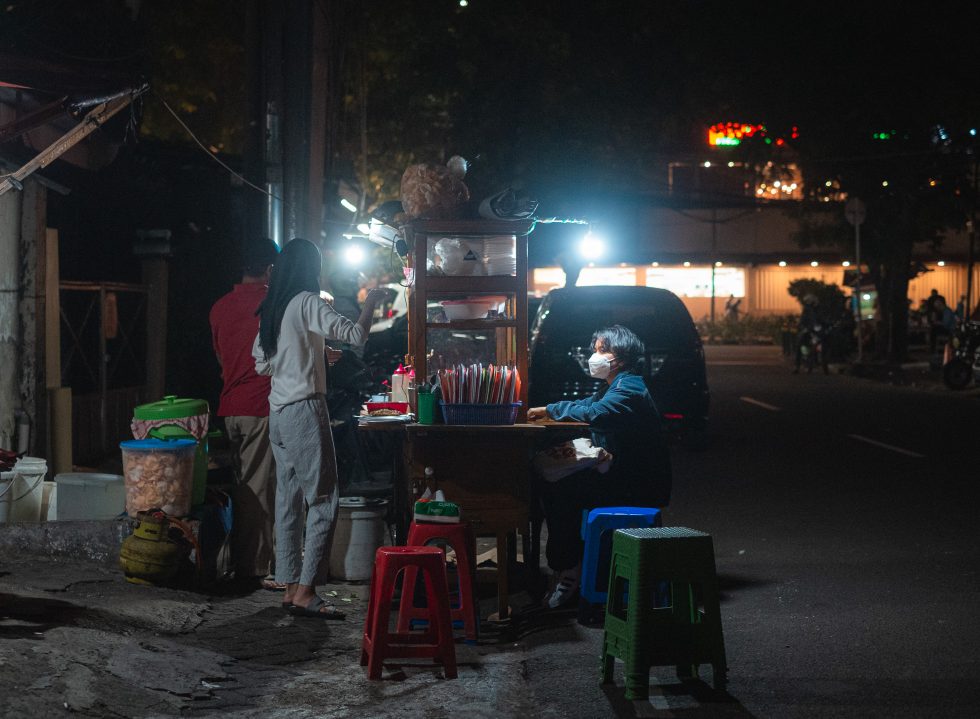 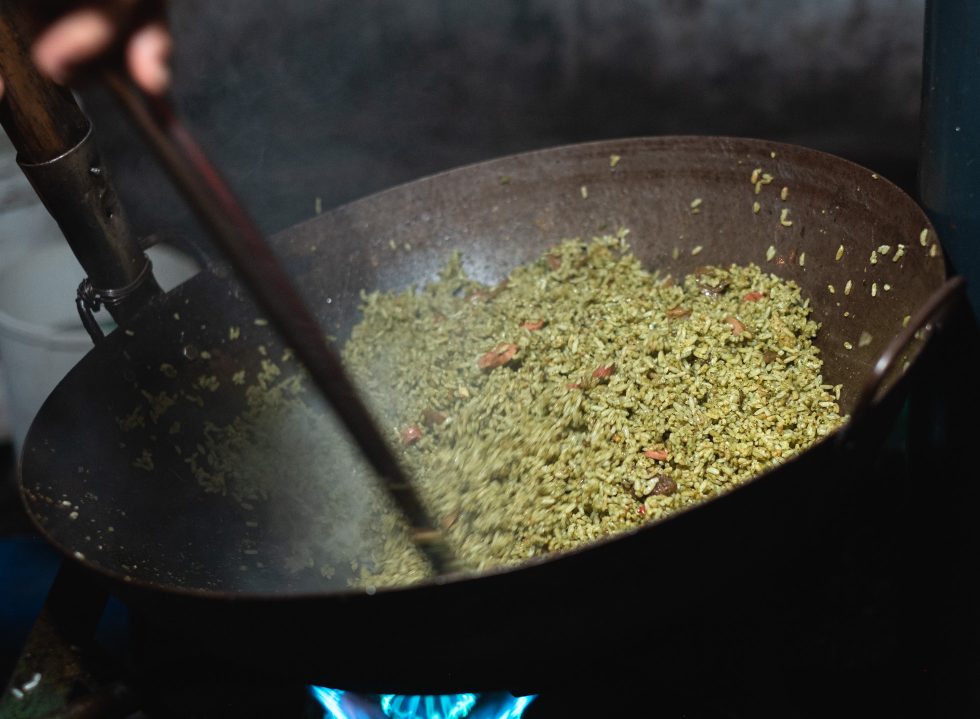 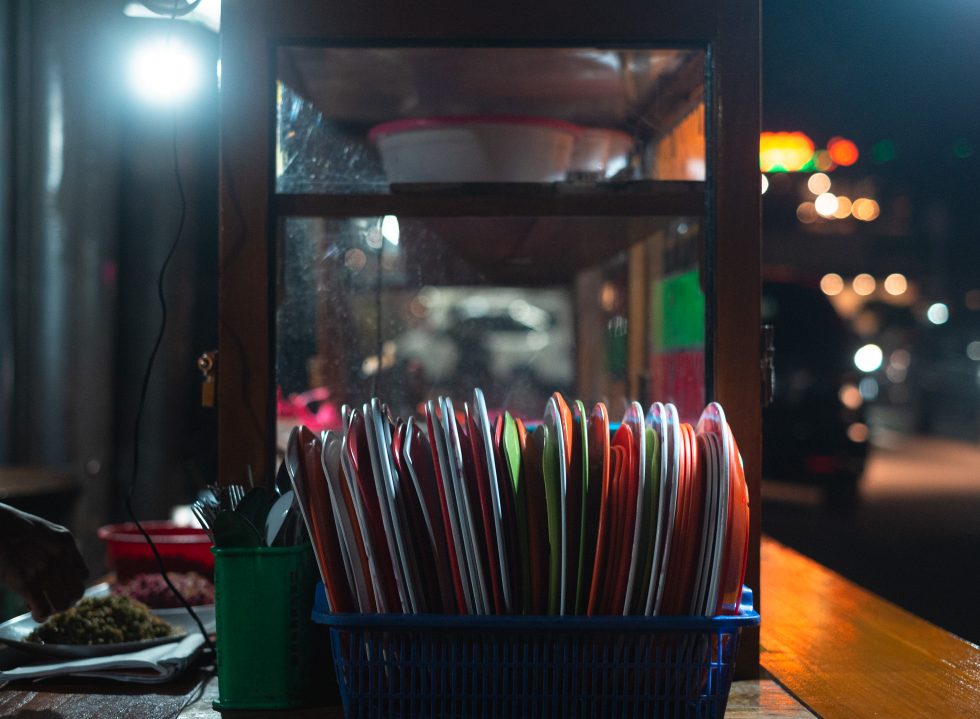 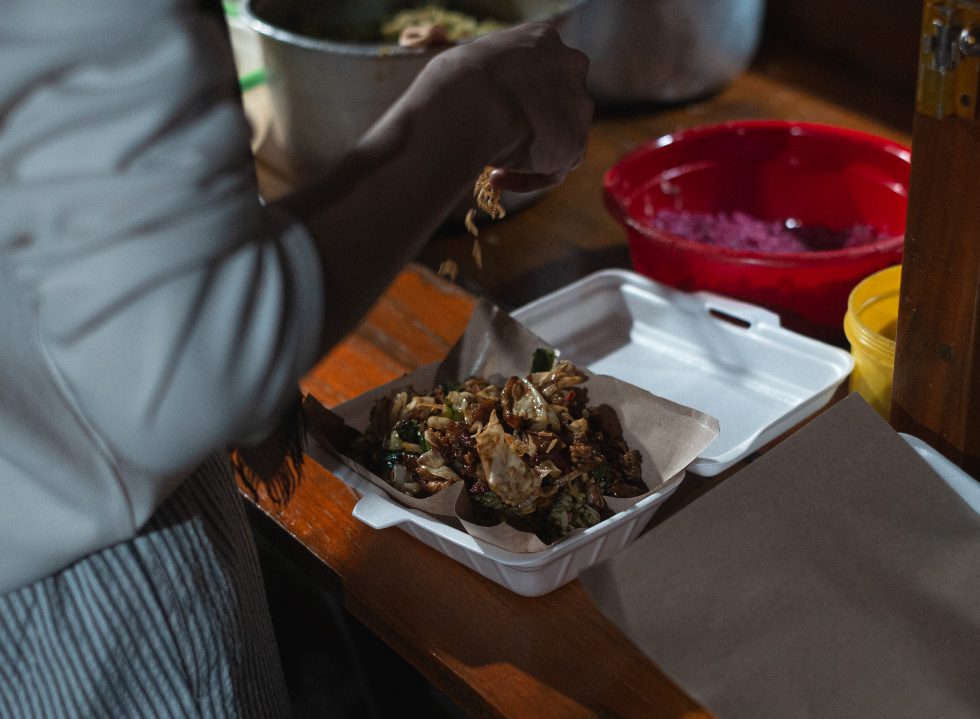 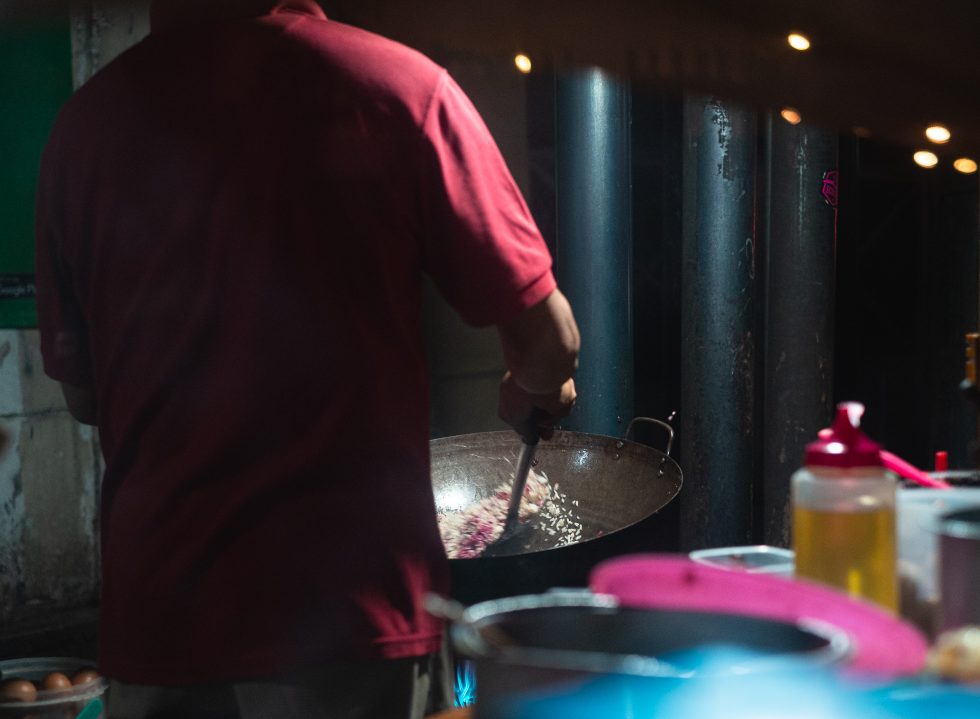 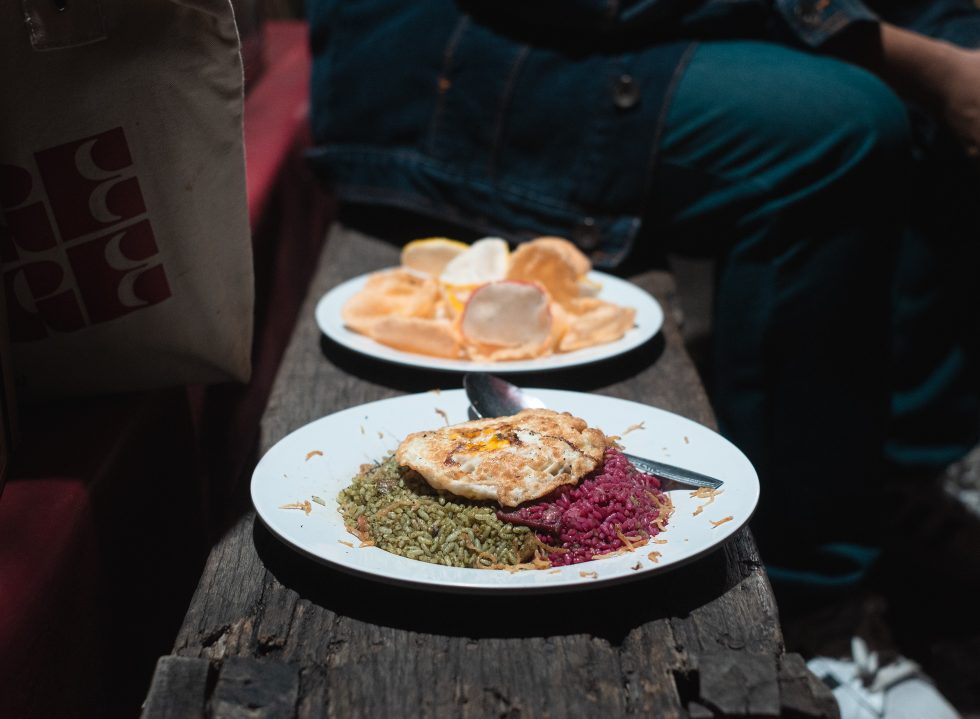 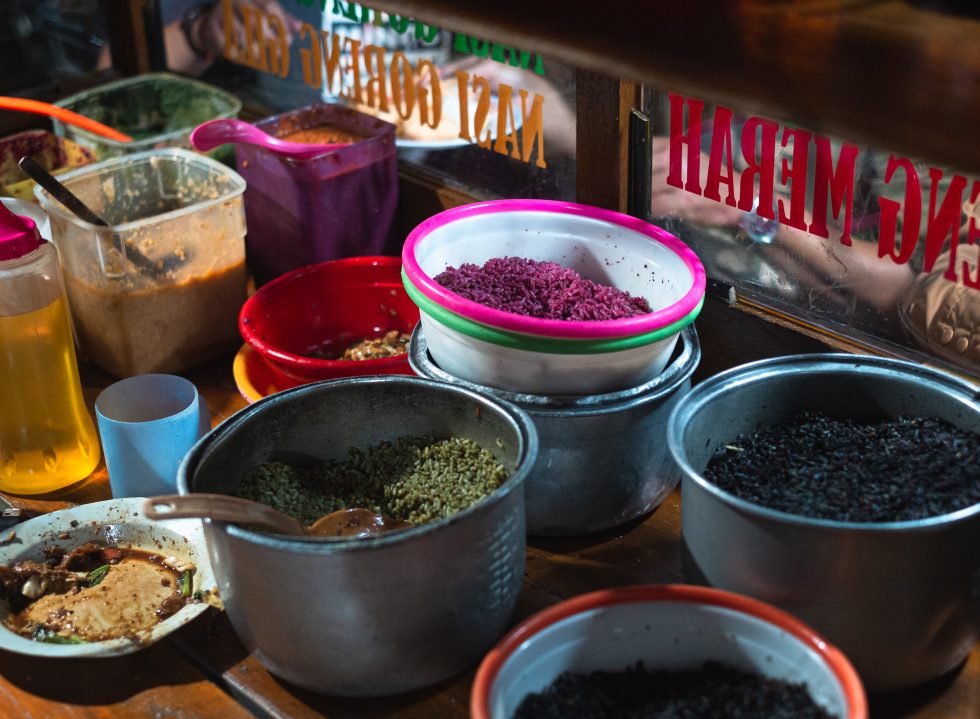 As night falls, the clanking sound of spatulas against wok rings through the streets of Jakarta. When it comes to fried rice stalls, almost every neighbourhood in the city boasts their own, ready to provide residents stripped of their status a hearty nighttime meal. In the lively streets of Blok M, they come in abundance; but one among them is marching to its own beat.

Situated on the shaded street of Panglima Polim V, at a glance, Nasi Goreng Pelangi Thole Kitchen looks just like any other fried rice stall. But a quick visit and a sit-down meal will tell you otherwise. Pak Thole, who has been serving up his signature ‘rainbow’ fried rice since 2012, stakes a claim that most street stall owners are unable to: a 10-year tenure working the kitchens of William Wongso’s establishments.

Hailing from Jember, Pak Thole’s journey in the culinary scene of the capital city began when a relative told him about an opening at Vineth Bakery’s factory. He spent six years there as a baker before working at Wongso’s restaurant establishments for another four, where he reached the level of senior chef. It was during the latter that he learned how to infuse unique colours, “but the red one is my own making. I figured it out from the food they served my daughter when she was hospitalised,” he remarked with pride, looking at the same daughter who now lends her help at the stall.

Accompanying it is an egg option, sunny side up or omelette, and a generous portion of crackers. The combination makes for a lightly flavoured savoury fare, so for those looking to add a bit of classic sweetness to their fried rice, be sure to request for Pak Thole’s delish gila turf (a mix of sweet soy sauce, stir-fried vegetables, chicken sausage, and meatball).

When the sky is clear, curious eaters will find themselves among neighbourhood regulars lining up for the unique meal. And for once, the colourful plastic stools of a street food stall aren’t arbitrary mismatching but a hint to the signatures of Pak Thole.