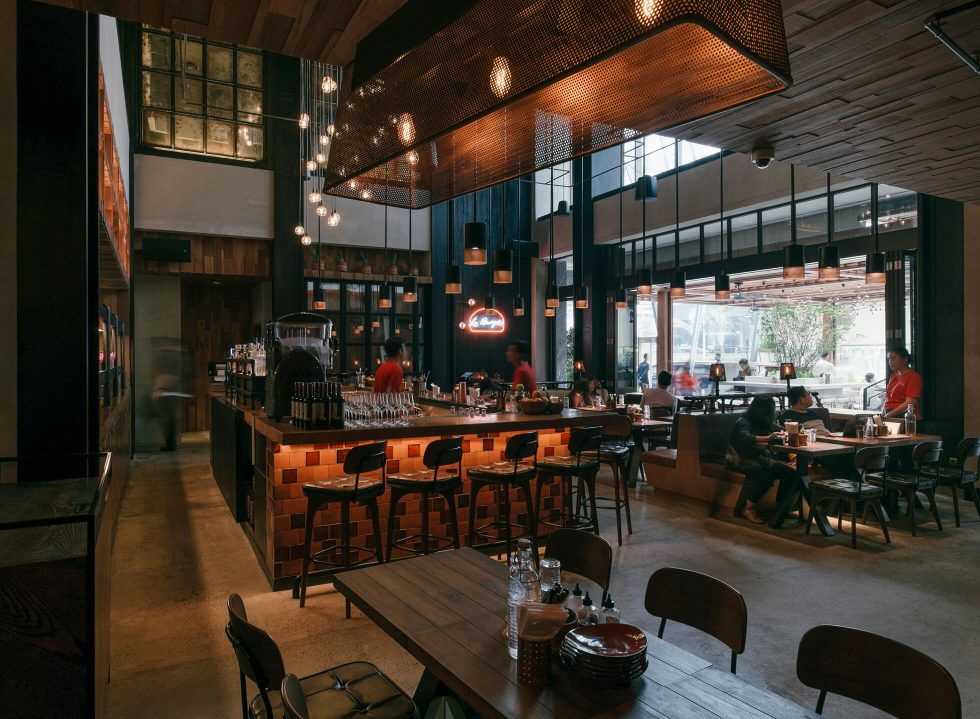 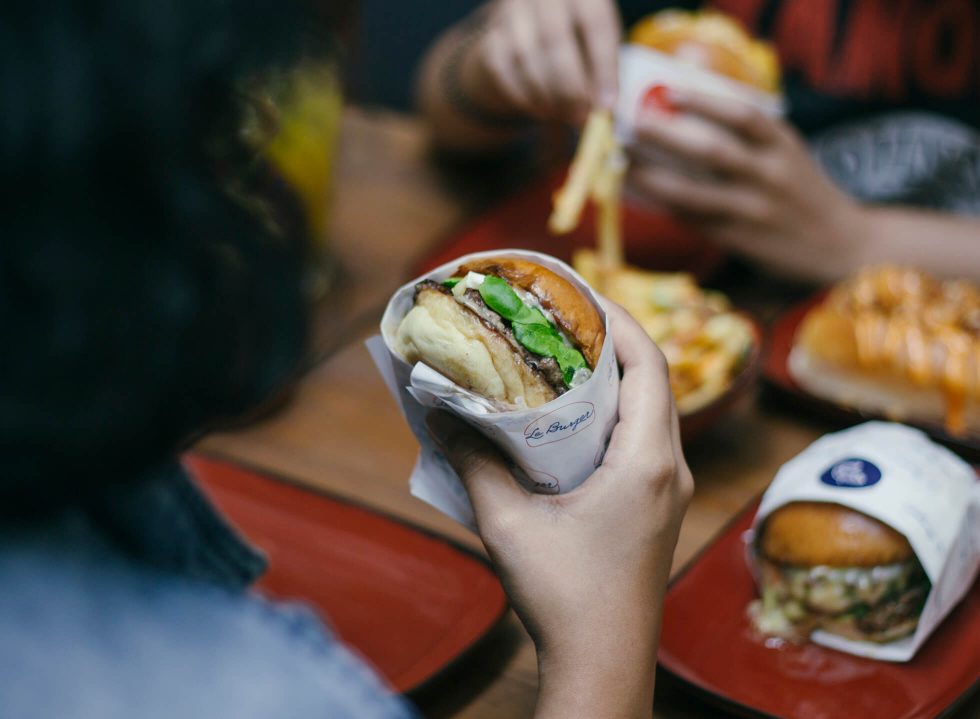 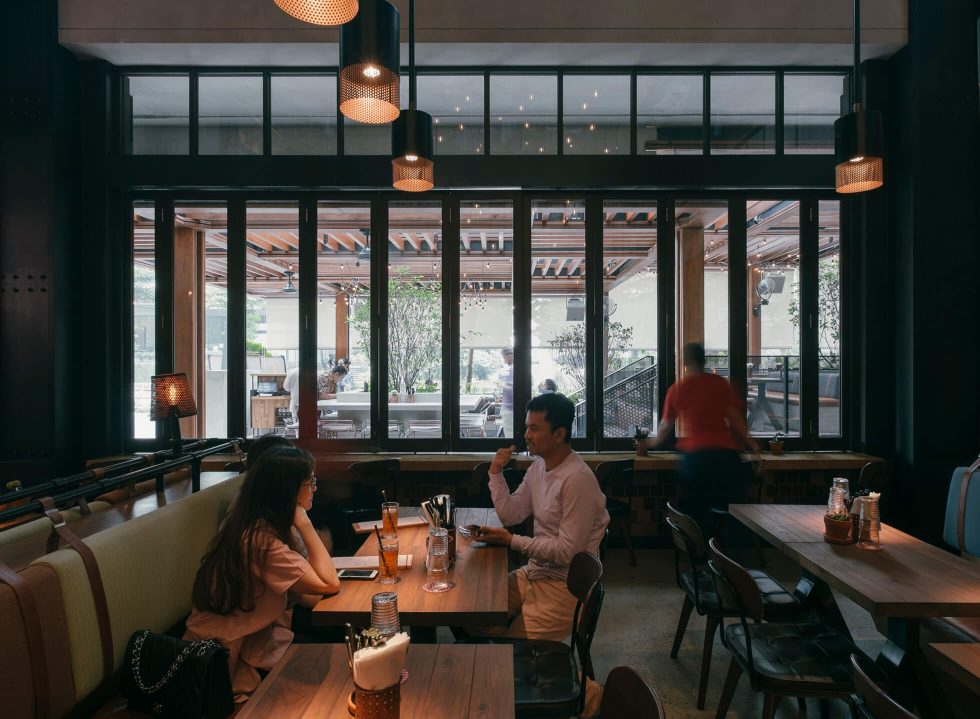 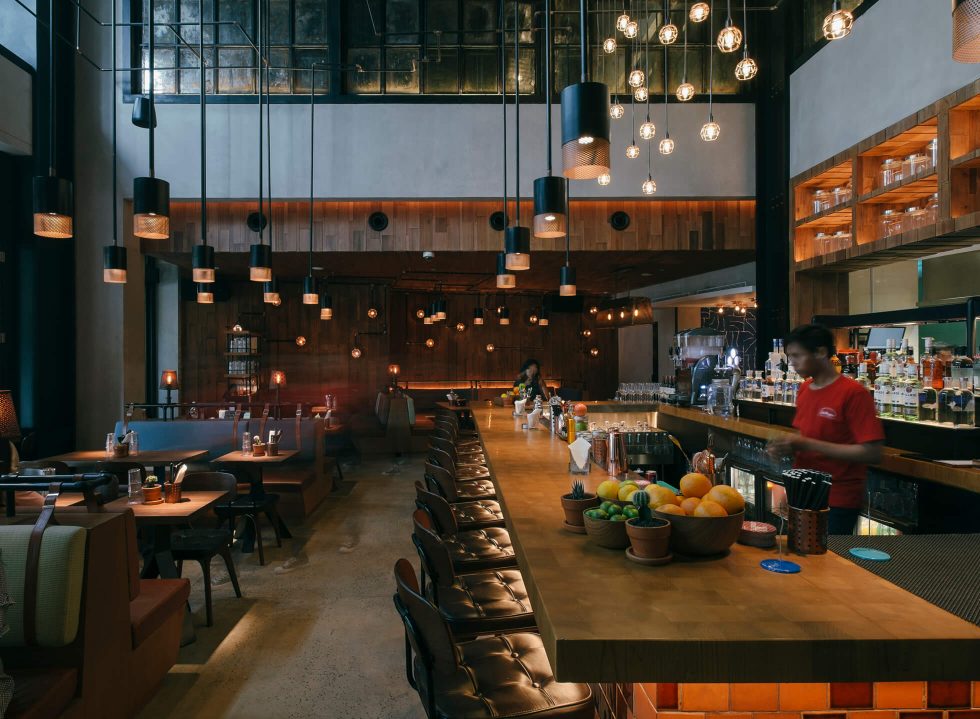 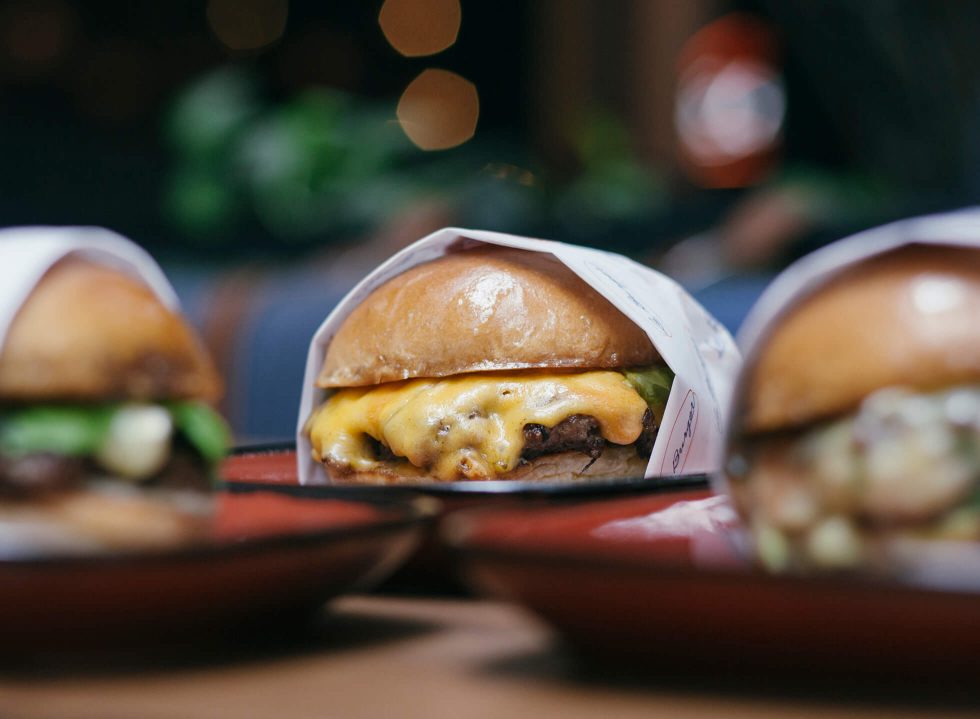 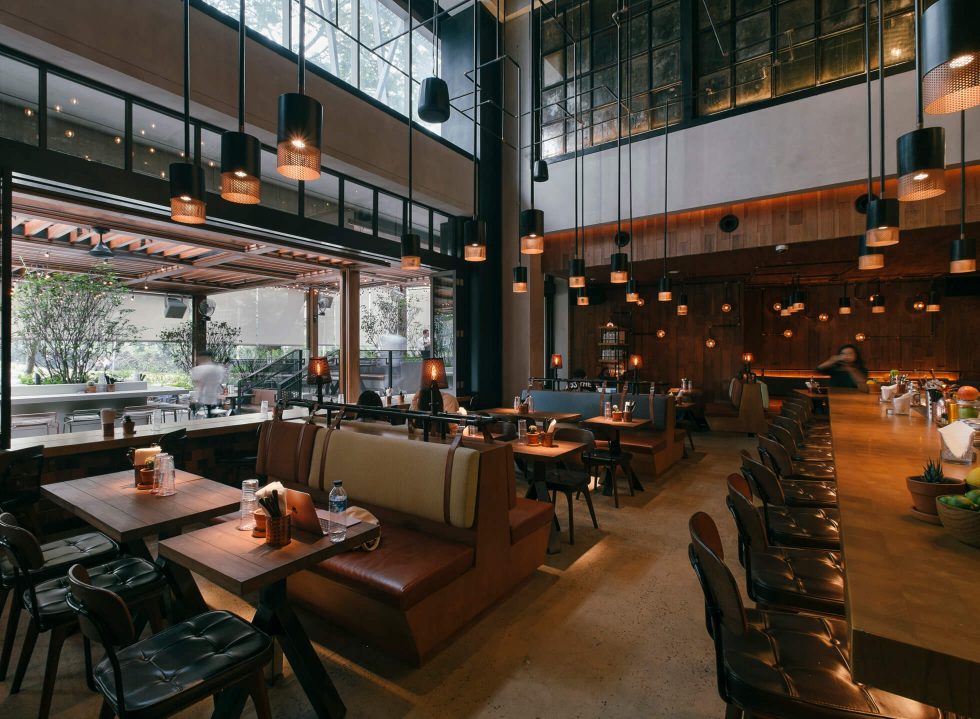 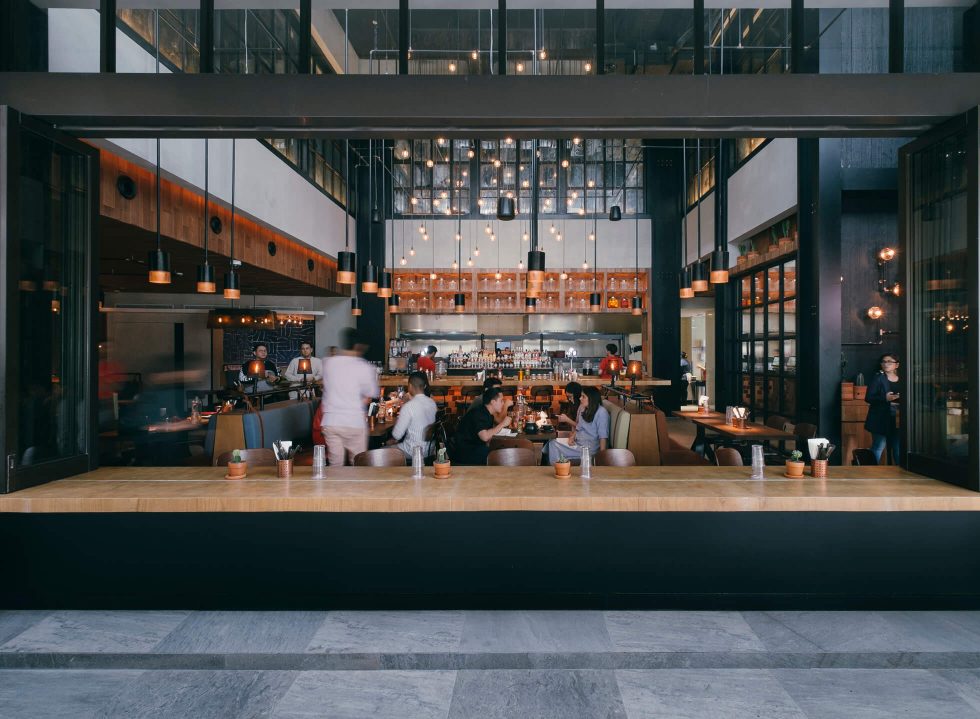 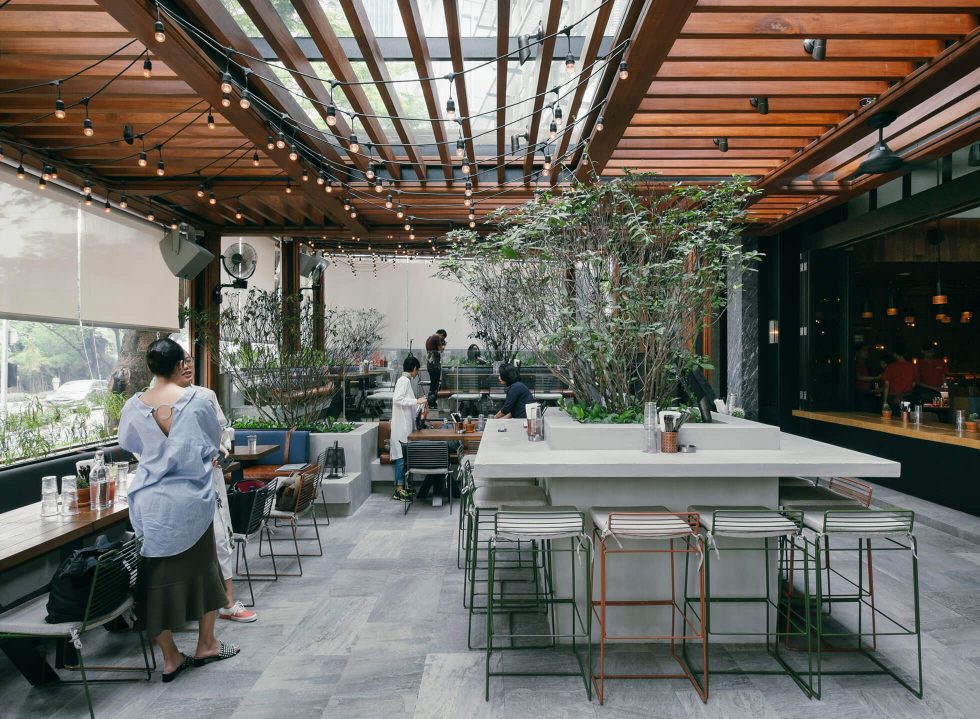 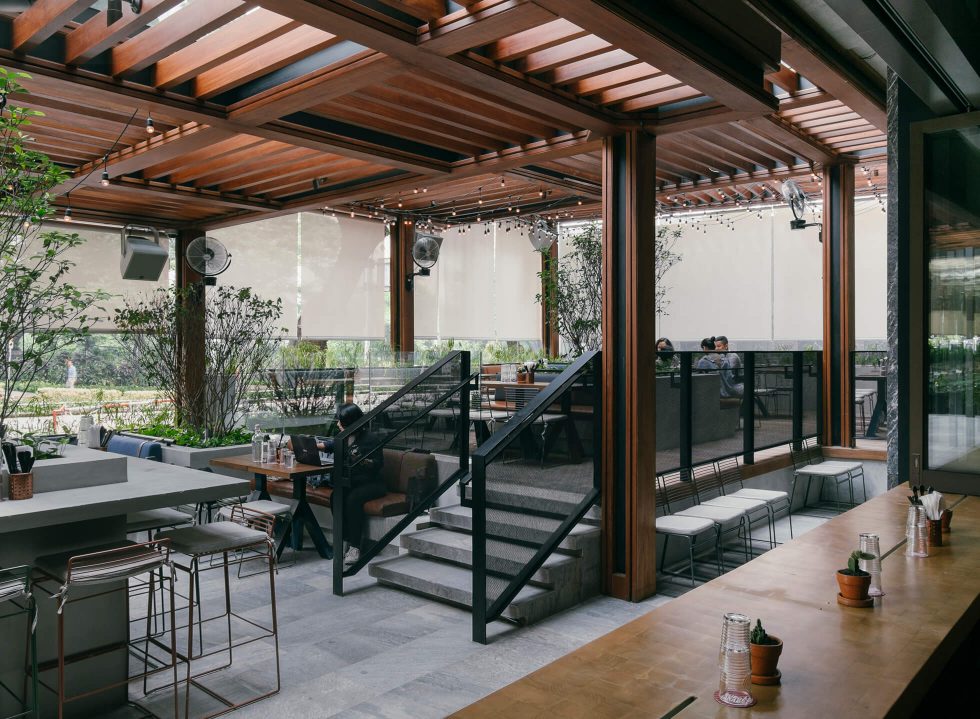 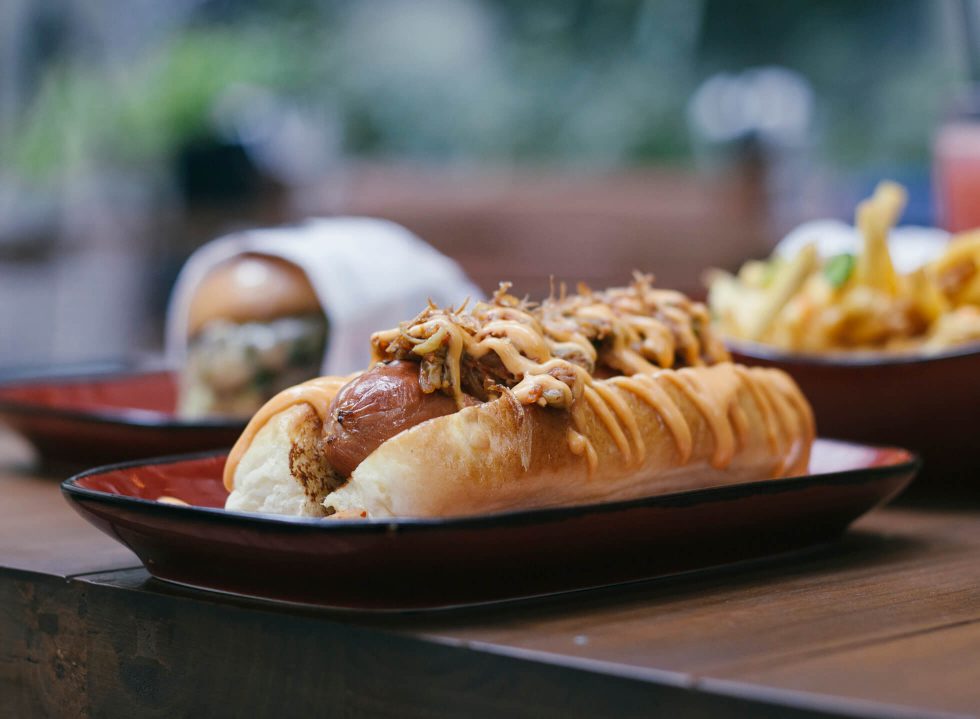 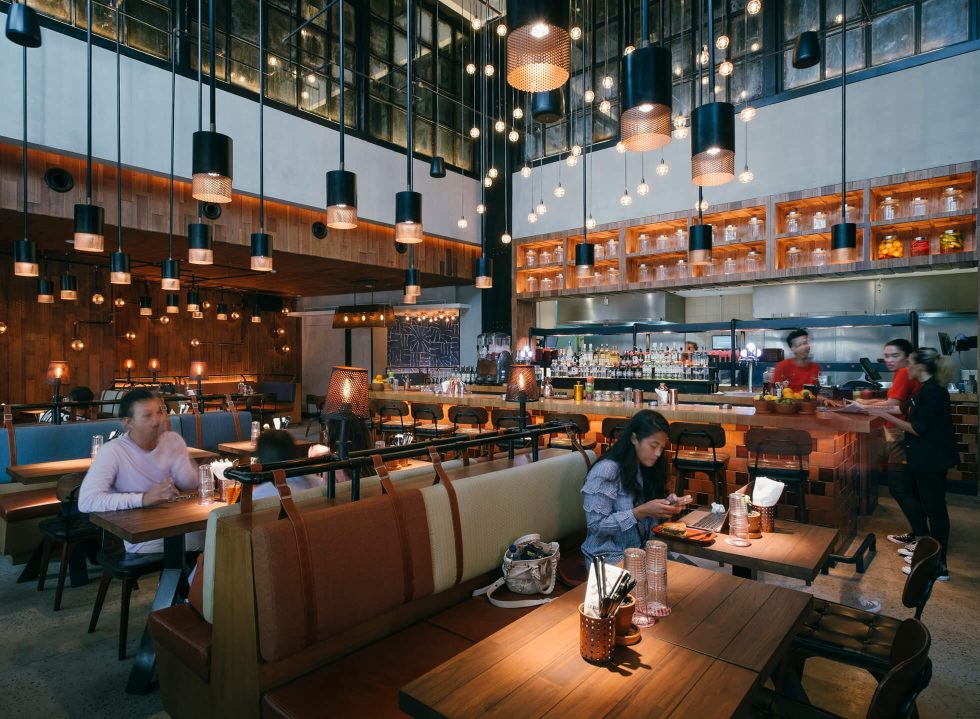 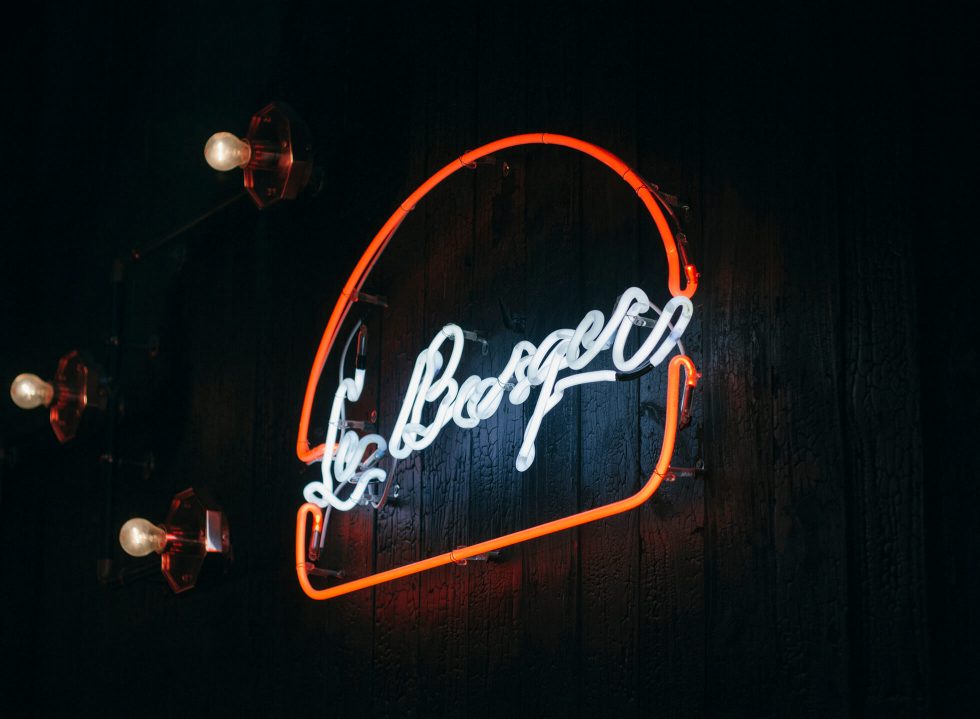 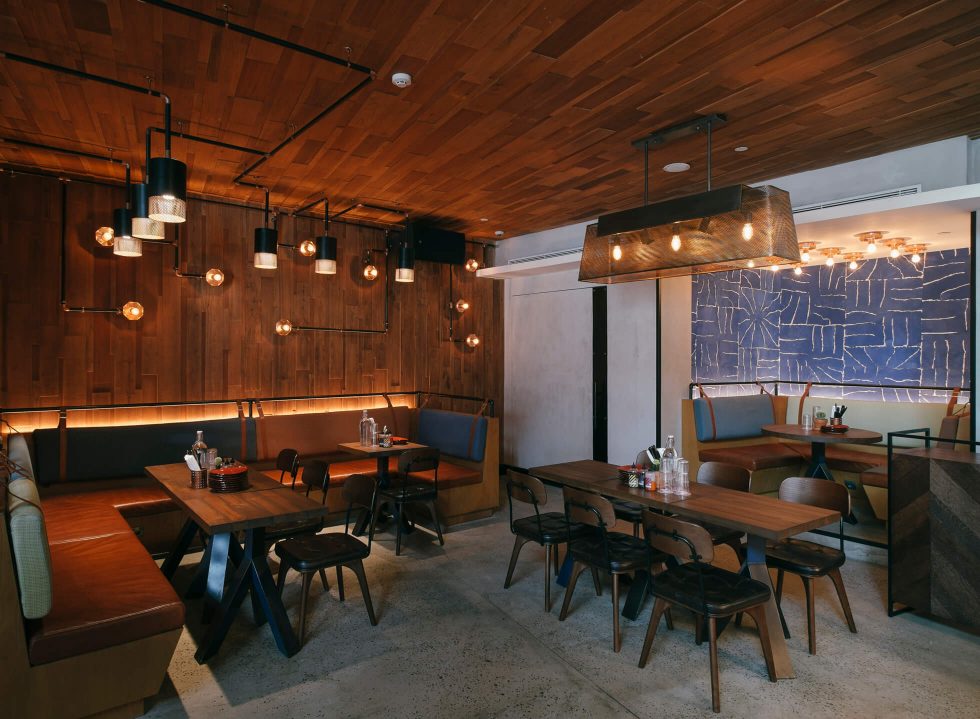 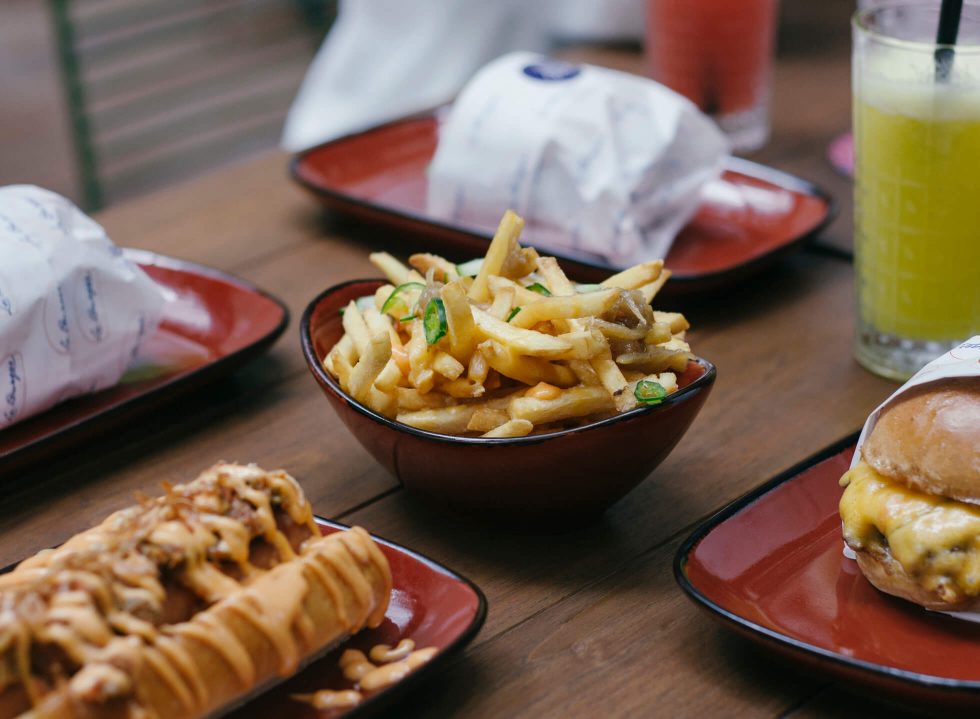 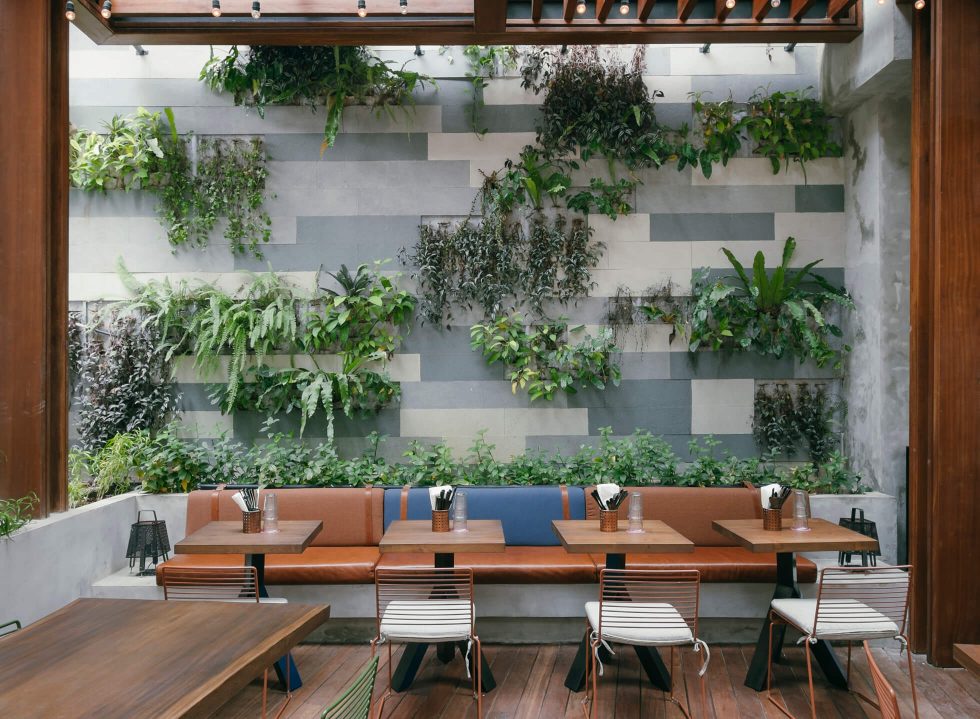 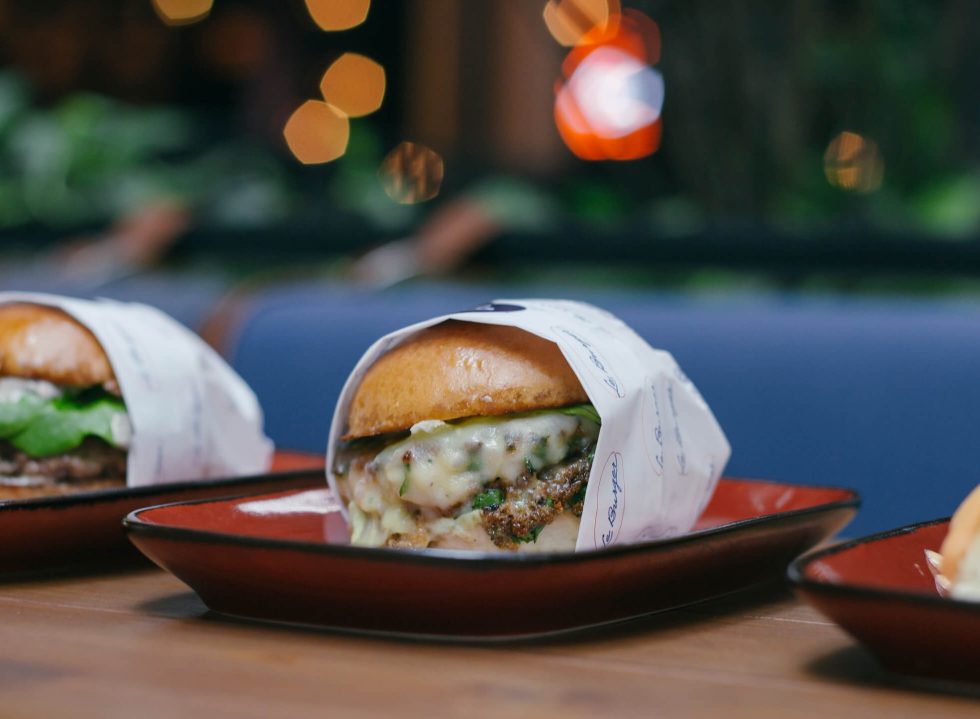 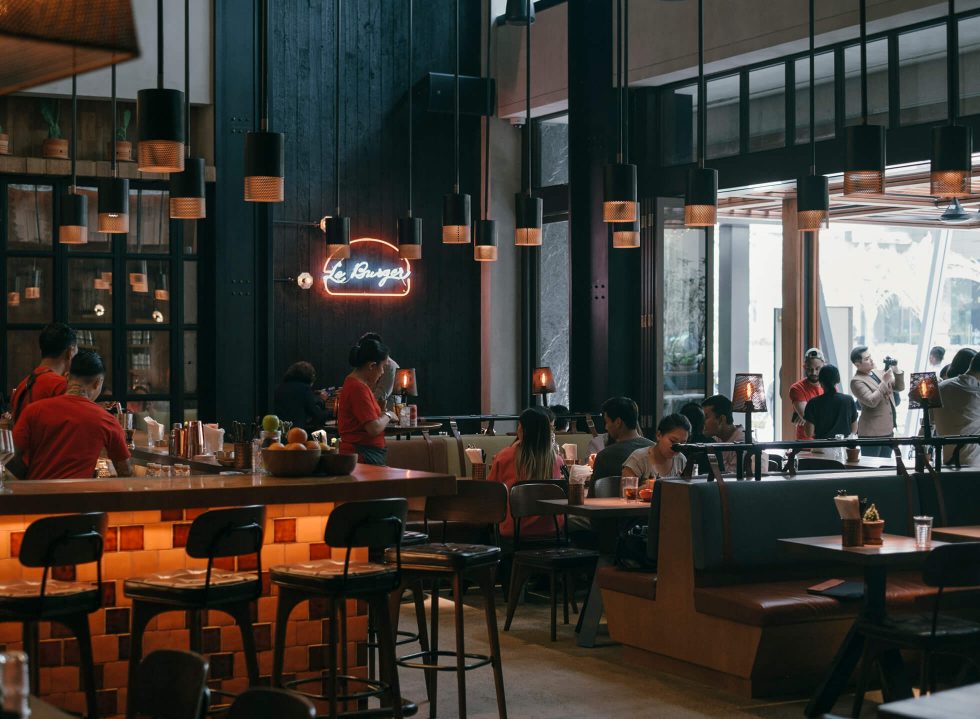 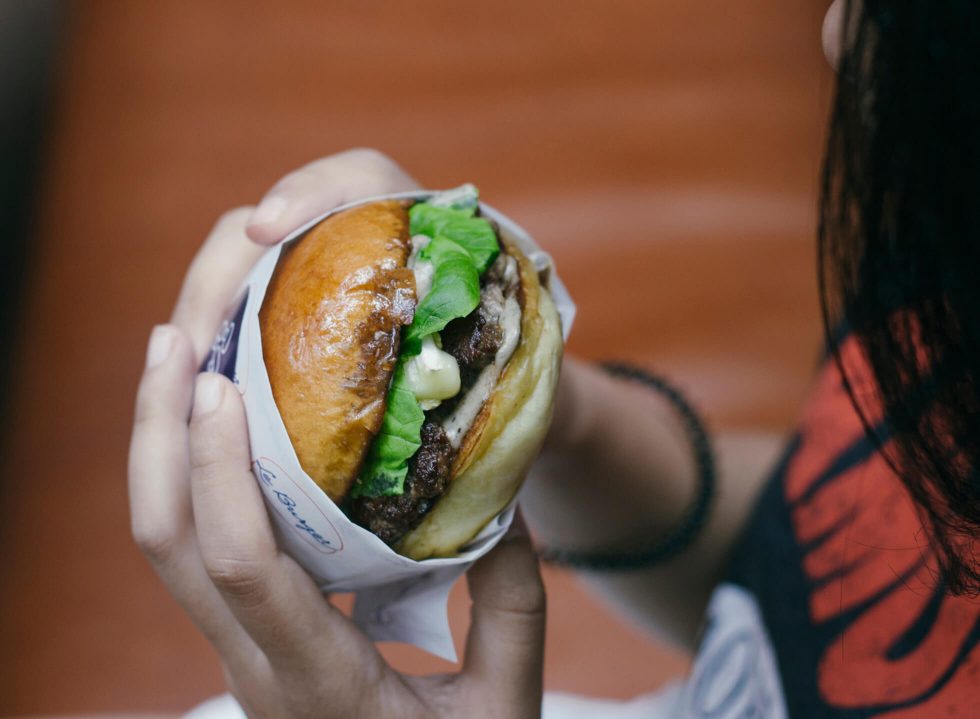 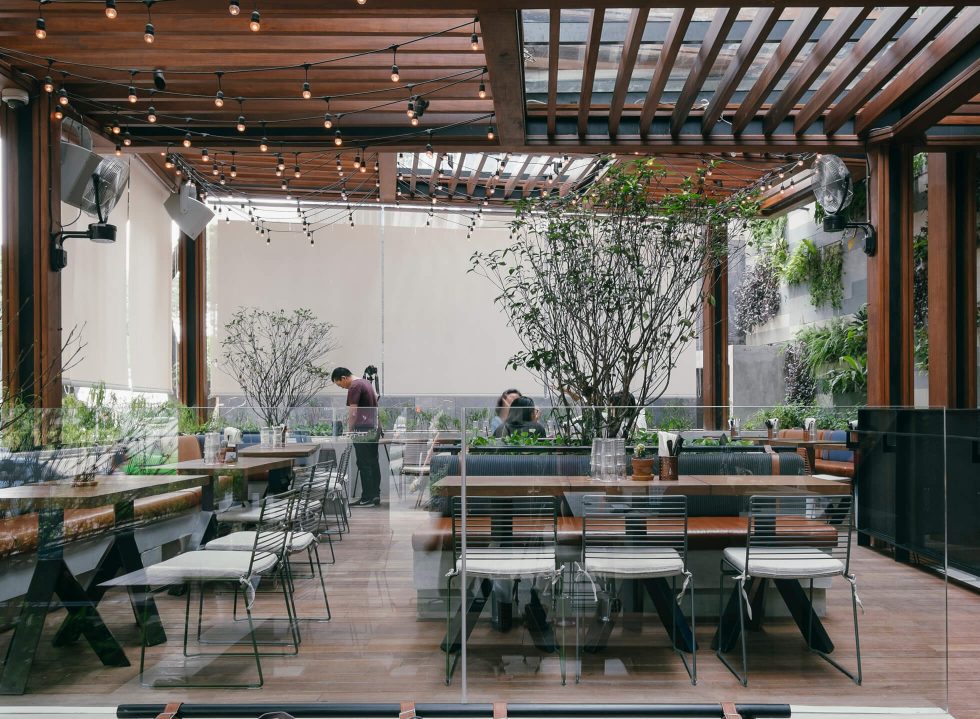 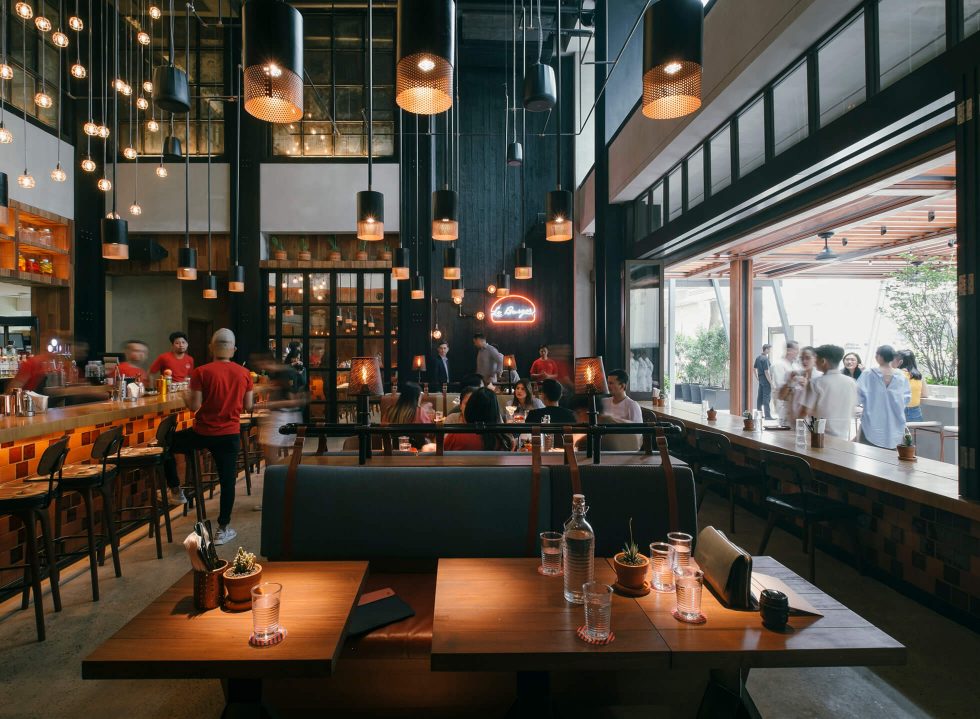 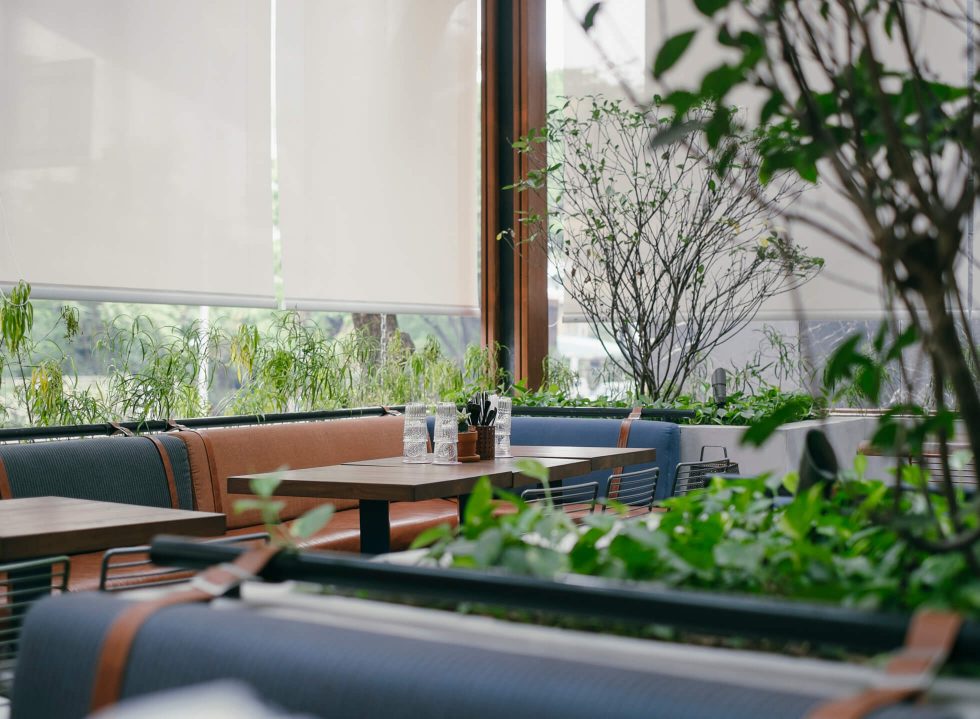 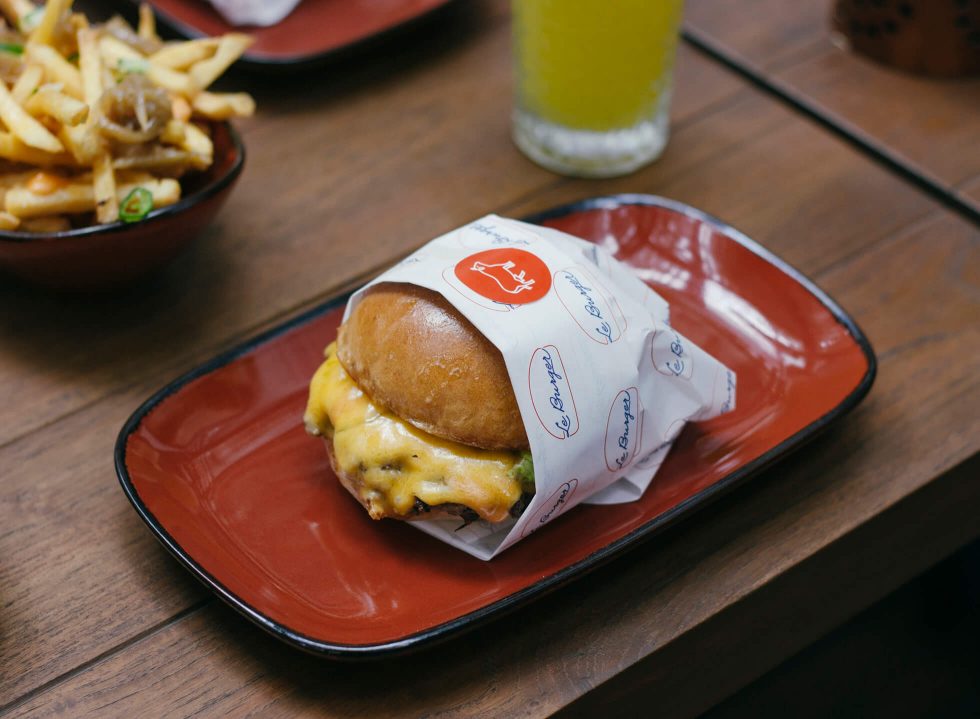 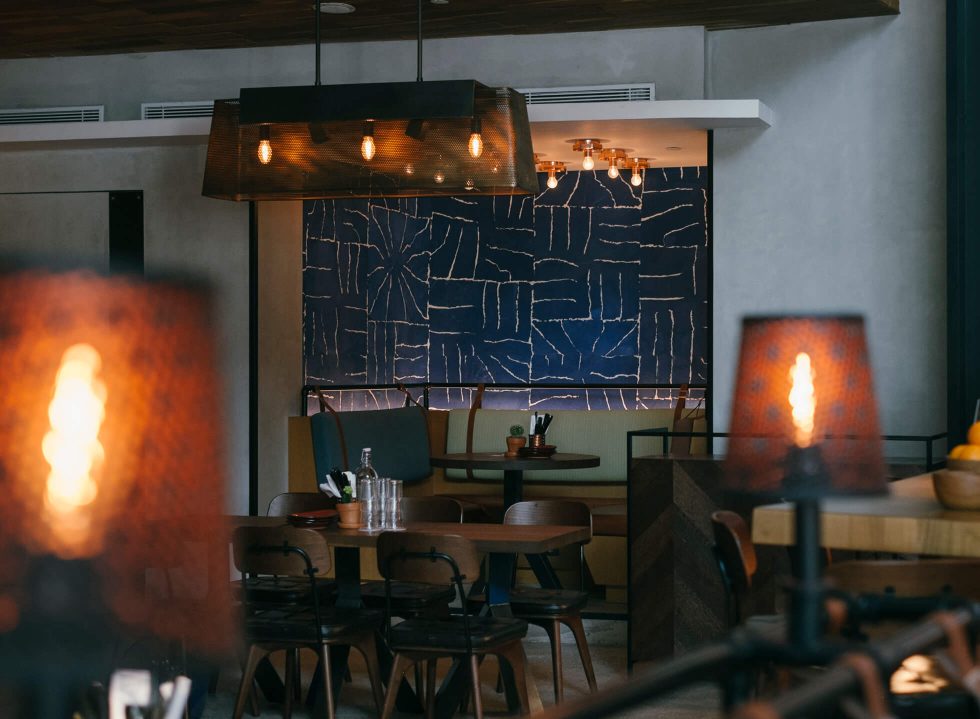 Sudirman’s business district is known to house business by day and pleasure by night. The district is certainly no stranger to the line-up of restaurants and nightlife establishments ready to cater the evenings of many. Thus, in a city where more is more, Le Burger is joining the scene strong and confident to serve Jakarta’s hungry nightcrawlers.

Unlike its conservative and upscale neighbour, Vong Kitchen, Le Burger runs casual all the while boasting a significant panache. As their specialty, their burgers are nothing short of tantalising. Which isn’t surprising since the menu, kept sweet and short, is developed by father and son chef duo, Jean-Georges and Cédric Vongerichten. As the elder Vongerichten is a Michelin-starred chef, it’s no doubt that the dishes have a dash of award-winning flair.

Leaving behind the unnecessary hassle of giving posh names to their dishes, every burger is listed as it is, be it Cheese Burger, Truffle Burger, or Shrimp Burger. The common virtue of all the burgers is that the in-house-made patties all come deliciously sandwiched between soft potato burger buns. You’ll understand the world of a difference this makes: with the juiciness of the patty soaked up in the bread, the fork and knives on your table are mere formalities since what they really want is to see you dig in with your hands.

Elsewhere, the Kimchi Dog, a hot dog topped with 30-hour aged kimchi, is easily the crowd’s favourite. Add one or two side dishes like Crispy Onion Rings and the Crazy Fries drizzled in cheese sauce with spicy mayonnaise for the table, and one is set to have a satiating meal with friends.

Pair these with their specially crafted beer, or if you please, the house-made cocktail on tap if harder liquors are your poison. Speaking of which, don’t think twice about frequenting the bar. The crew of friendly and easy-going bartenders will gladly tend to you, simply ask to craft a favourite or better yet, tell them to surprise you.

Hanging out at Le Burger will feel like a breeze, and before you know it, the clock will show the early AM hours and patrons might still be unto drinking and eating the night away. The establishment prides on being the first of its kind to open until five in the morning during the weekends at the delight of Jakarta’s night revellers. What’s more to ask for? Signing up for burgers and drinks never sounded more appealing.