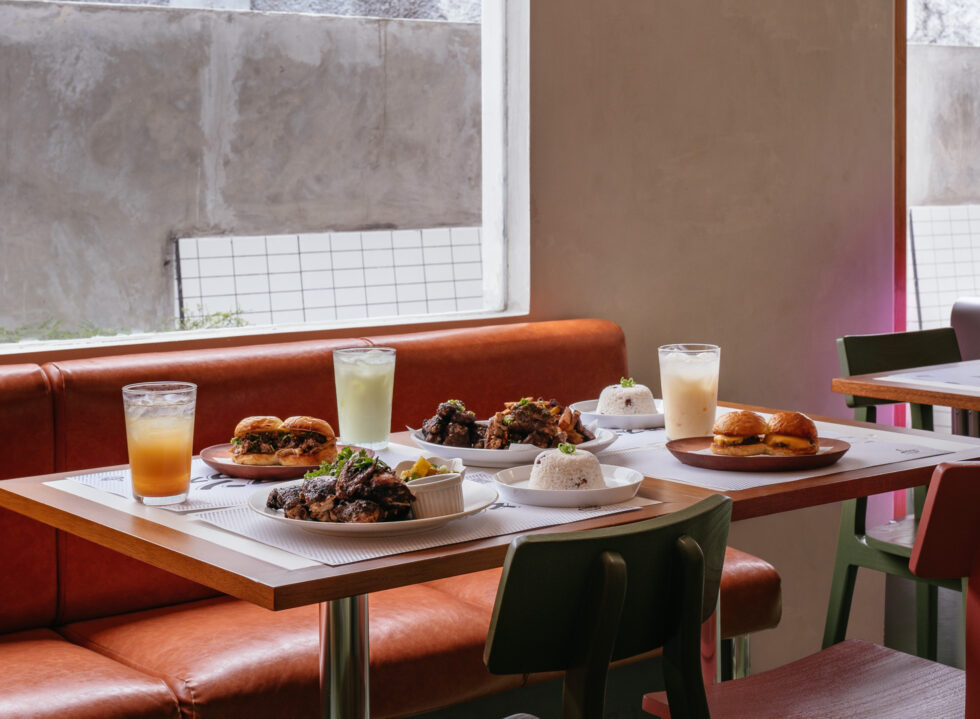 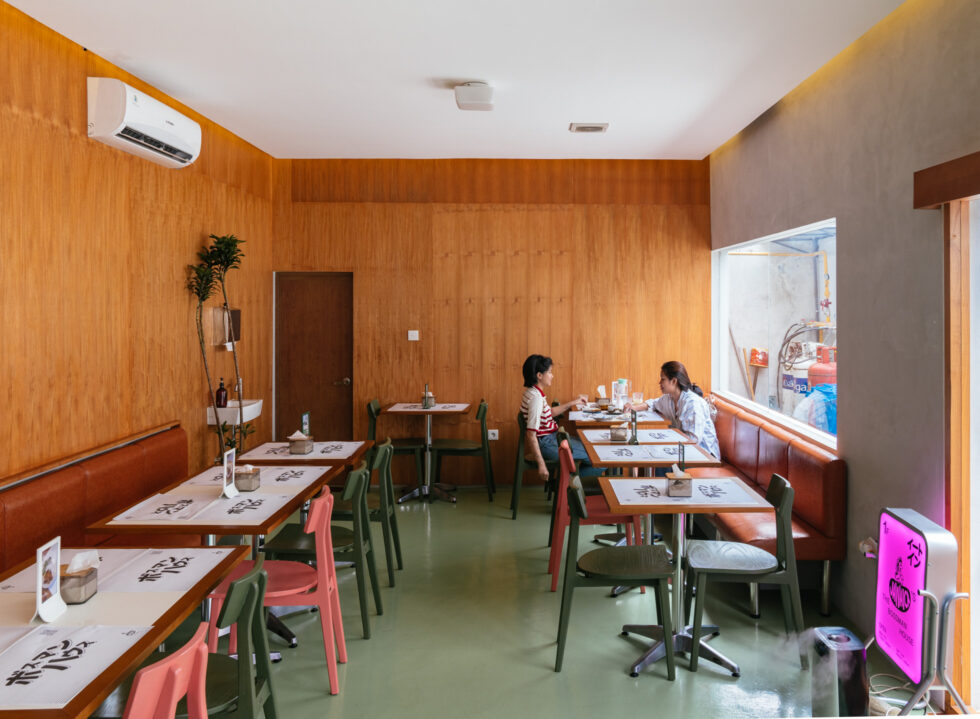 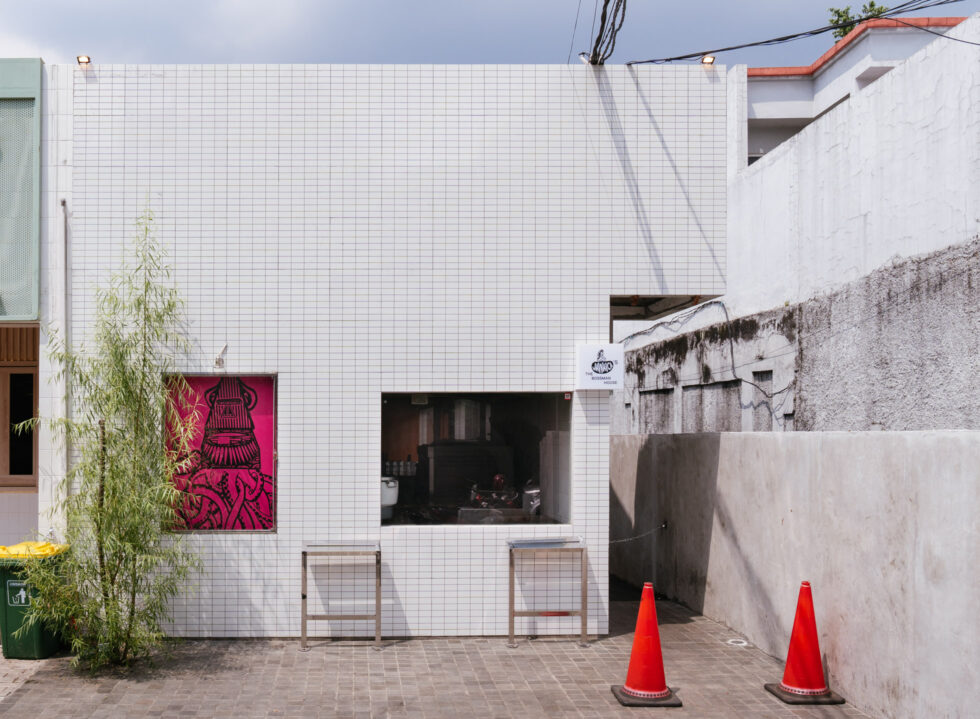 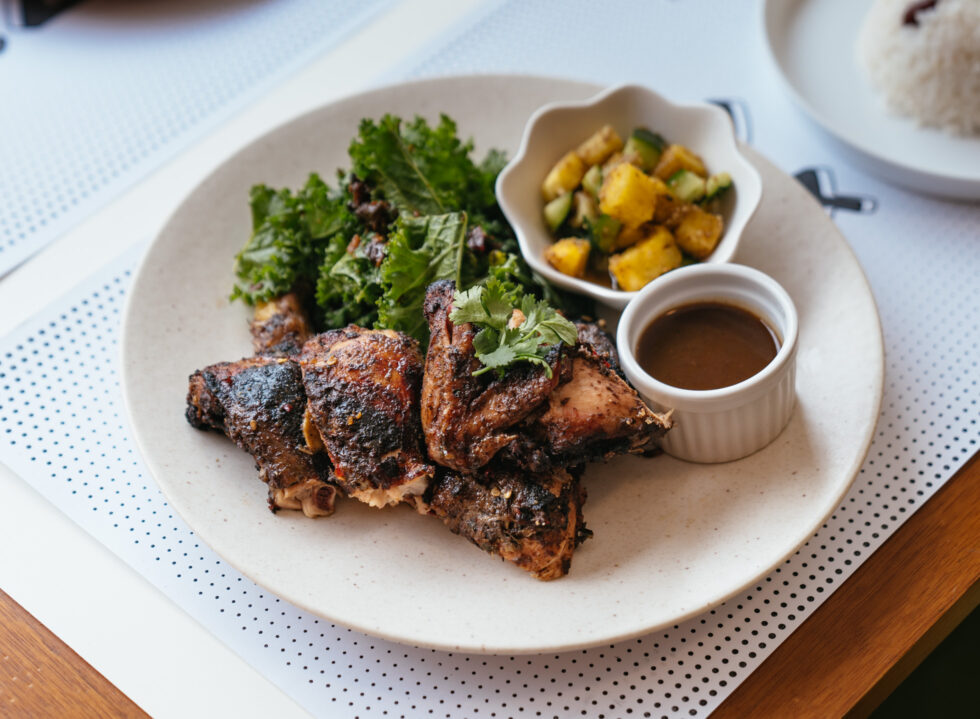 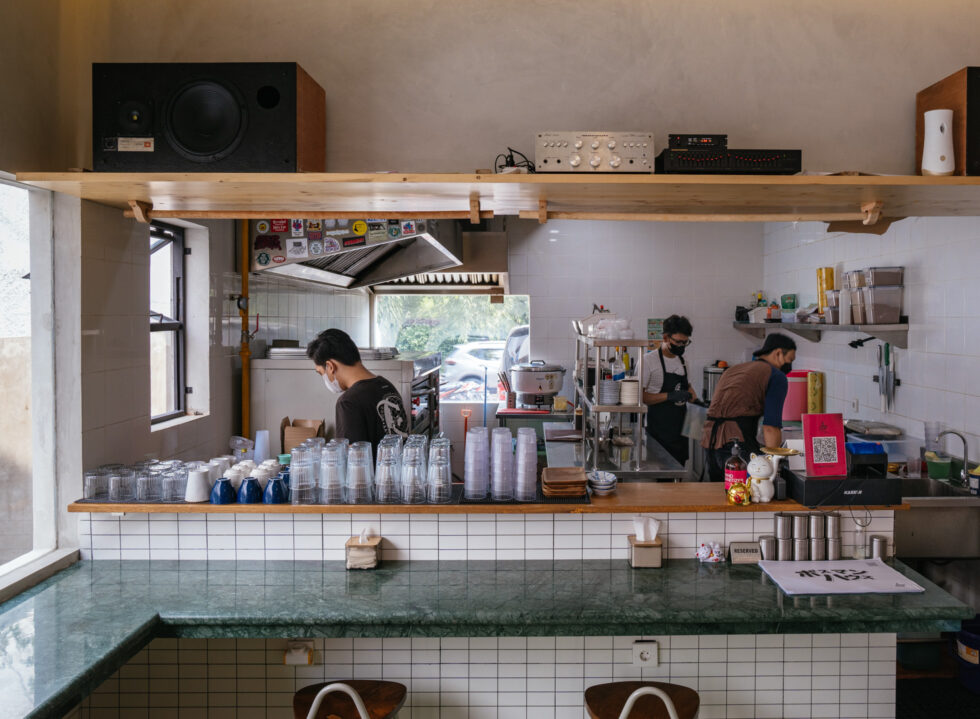 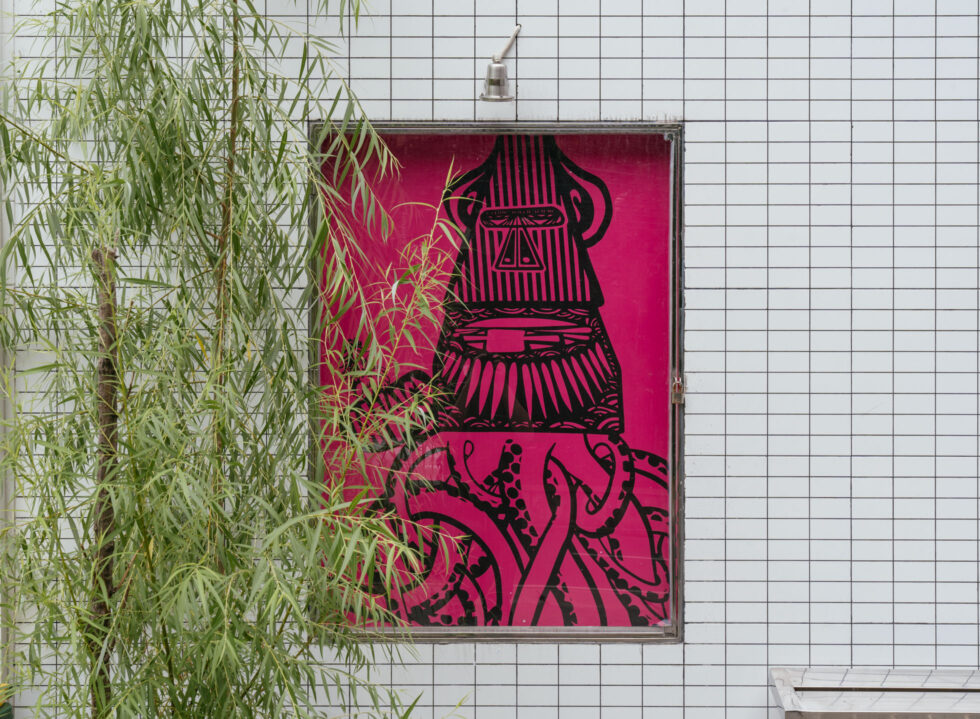 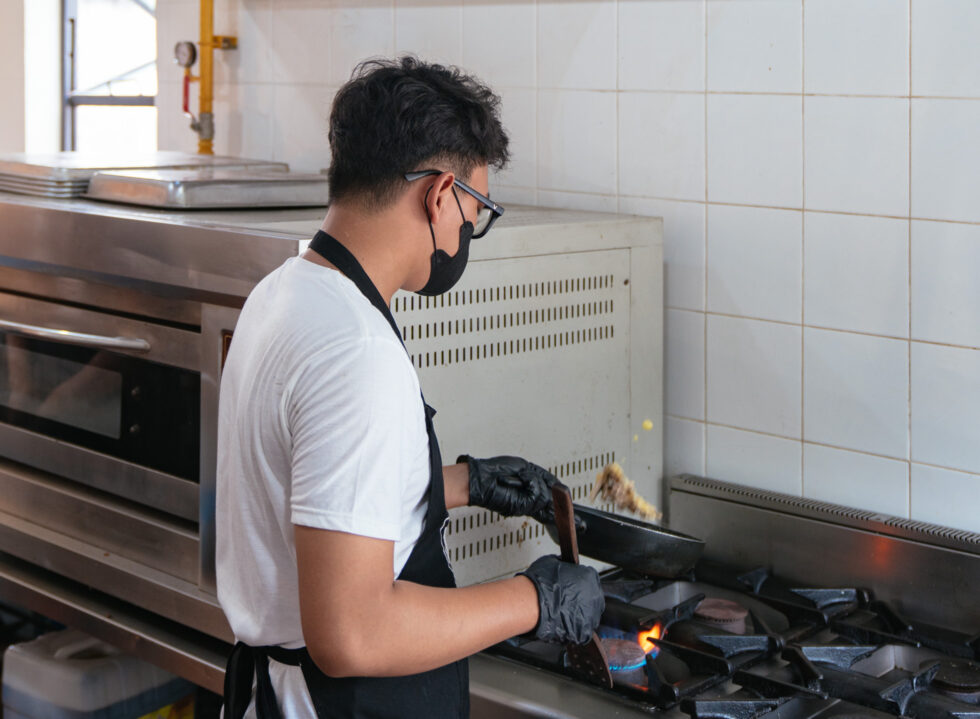 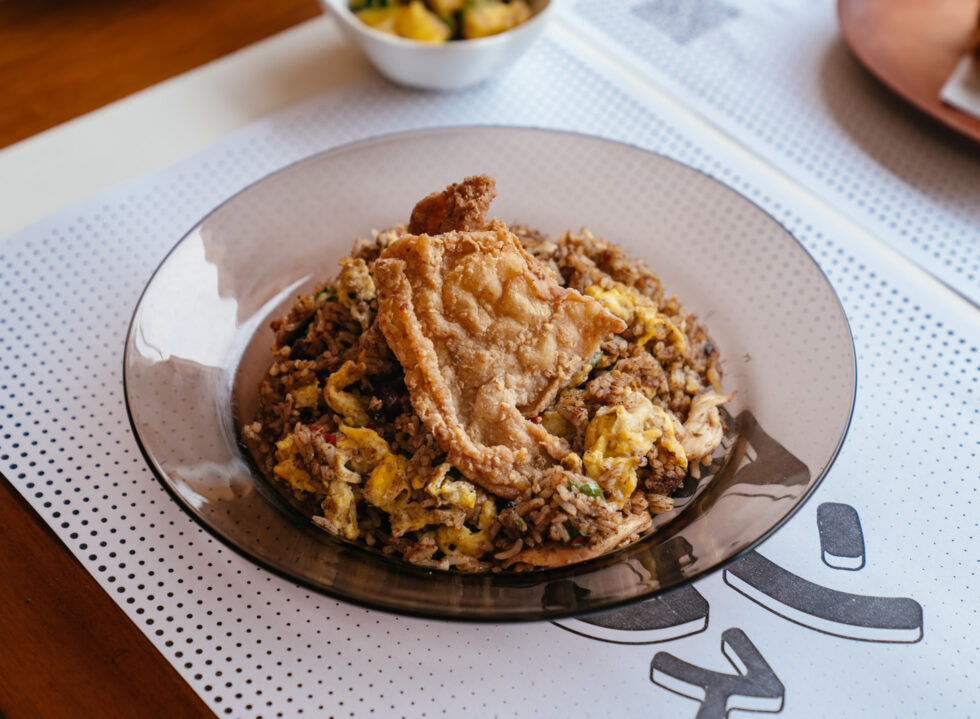 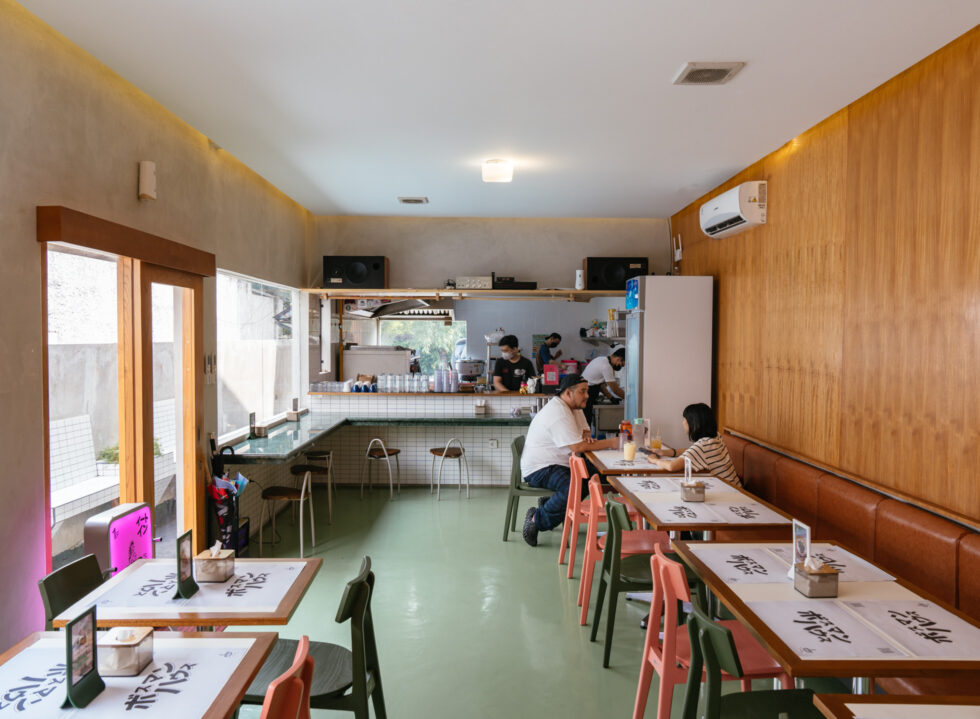 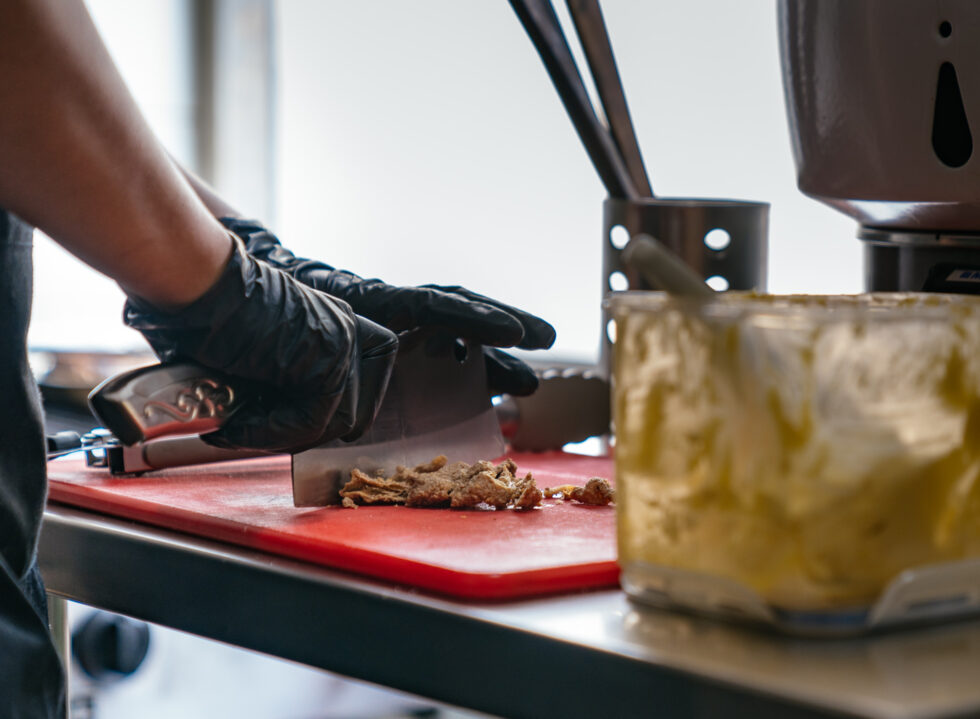 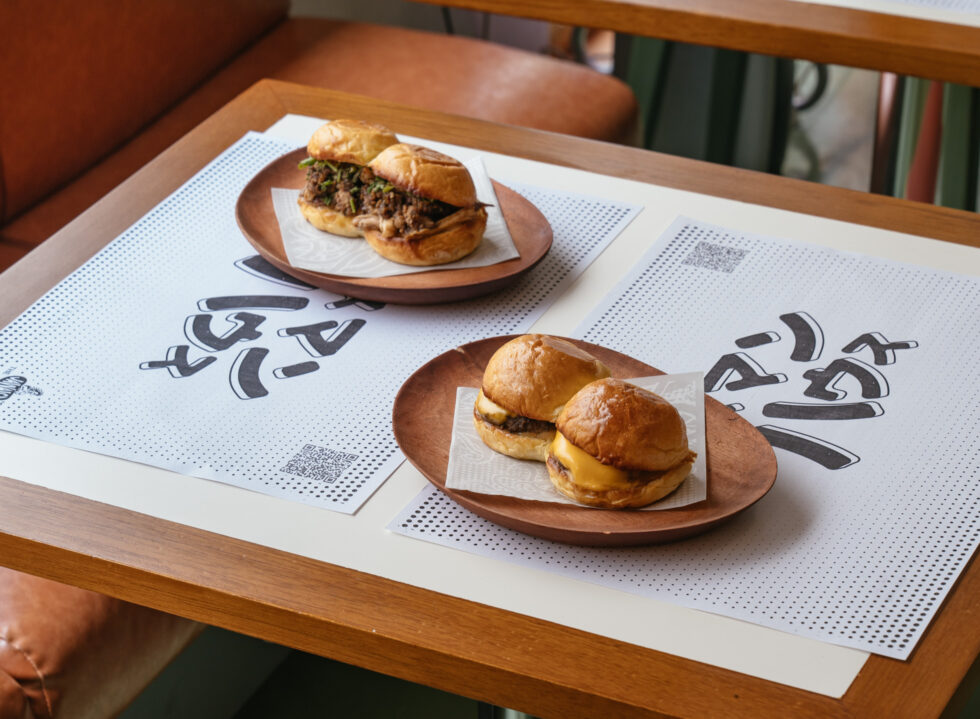 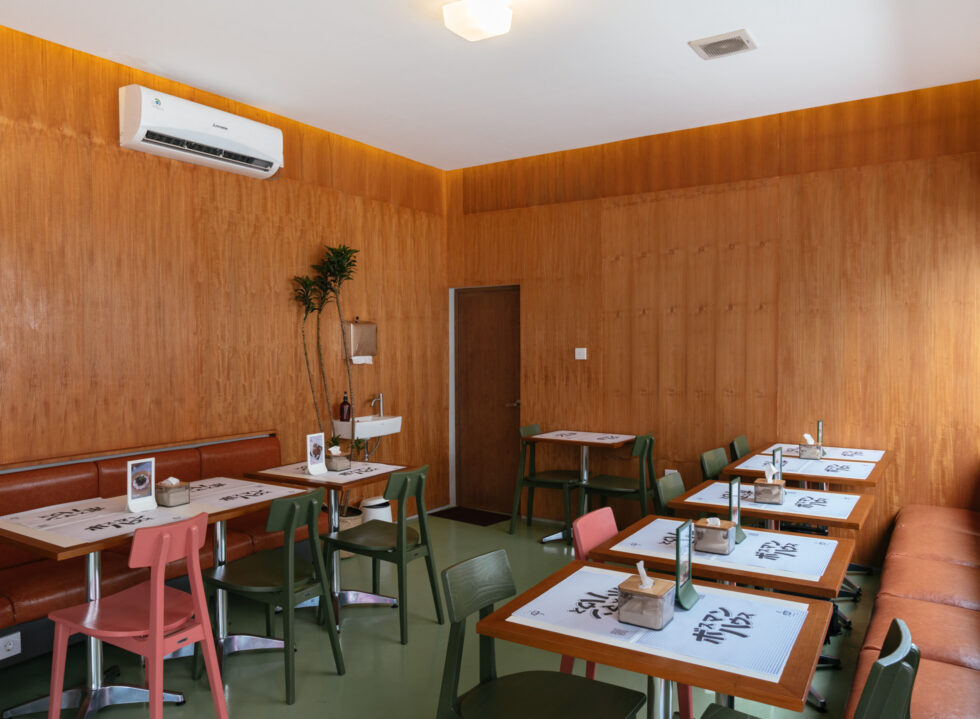 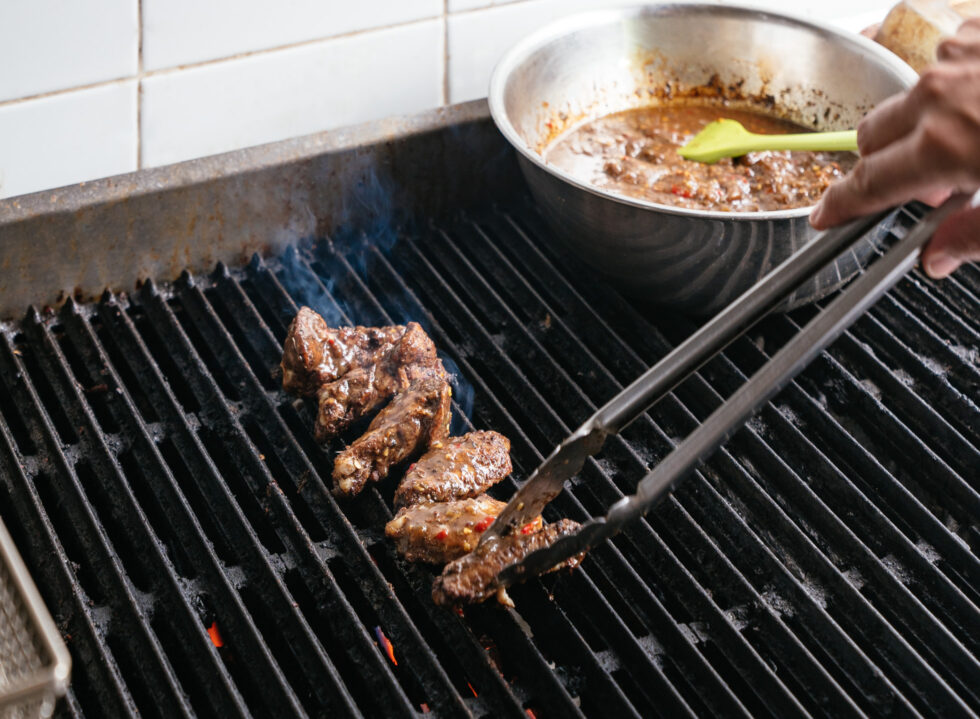 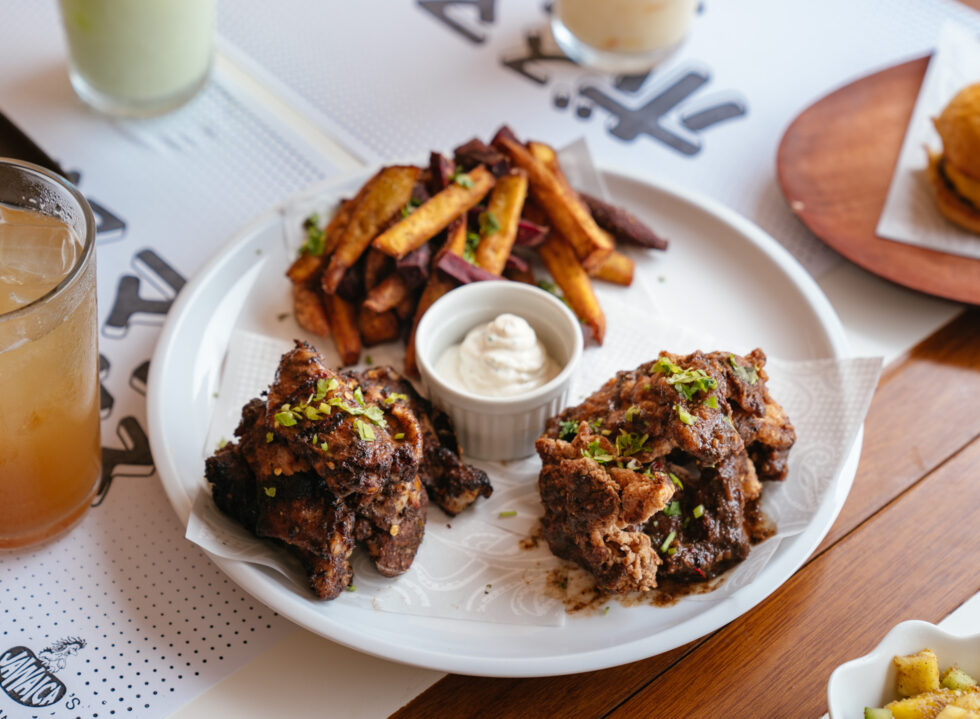 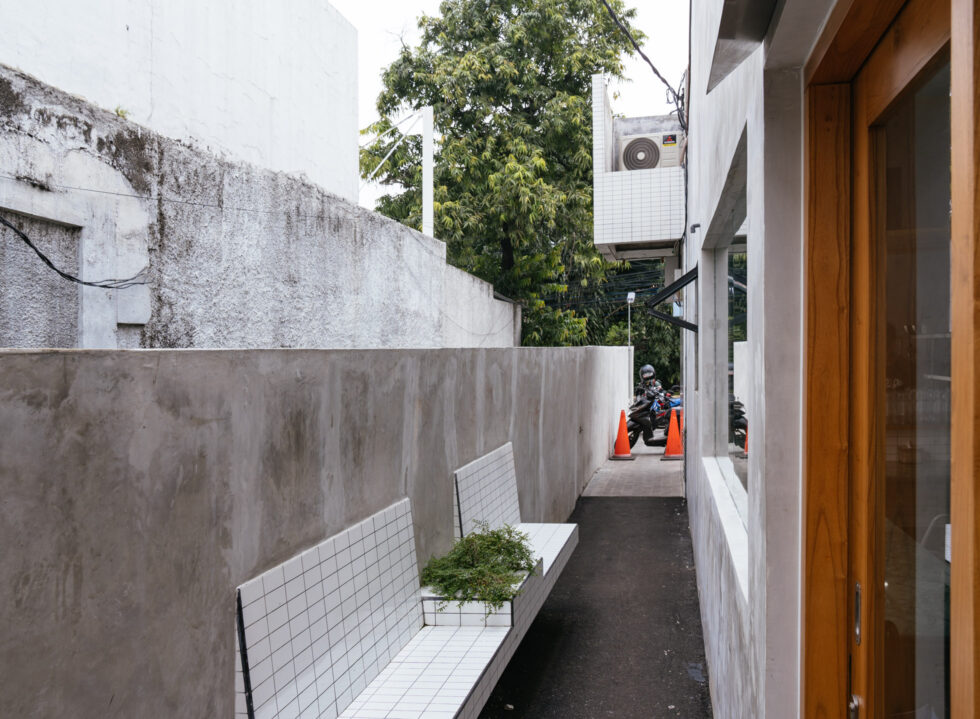 The open kitchen at Jawaica’s The Bossman House sparks with hisses as a cook flips a cut of meat on a smoker grill. The peppery aroma is already heavy yet subtle on the nose, probably from the bowl of marinade made of Jamaican allspice, an aromatic blend of herbs and spices (also key to creating the staple Jamaican jerk chicken) coated on each meat.

“Here, we champion the marinade,” said founder Kims, who first cooked the Jamaican signature dish at home in 2021 during the pandemic. From learning off YouTube tutorials to turning it into a humble home business, Kims’ version of Jamaican jerk chicken has travelled from pop-ups in shops and music festivals to now opening its first brick-and-mortar in East Kemang.

Kims loves the idea that the Jamaican jerk chicken shares a similar palate to the Indonesians’ taste buds—not strikingly spicy but the kind of heat that builds up over the course of the meal. Used as a marinade or as a sauce to complement the dish, many diners who have had a taste likened the flavour to andaliman spice usually favoured in Bataknese dishes, whose distinctive taste is known to leave a trail of numbing sensation.

The difference here lies in how the chicken is cooked. “The Jamaican style is they grill the chicken right away. Here, we apply the Javanese ‘treatment’ by braising it (ungkep) first. Then I hit the grill to get the smokiness, and marinate it again,” said Kims, whose hobby of cooking came from helping his parents in the kitchen growing up. “So why Jawaica? Because it’s Jawa-style.”

At The Bossman House, a quaint space decorated with wooden panels and minimalist furnishings, servings of the signature chicken come in a variety from rice to buns or served as its own. They have portions of Half Chicken or Livin’ Large, both a perfect size to share. We know rice is an irresistible combo in this situation, and the Bossman Nasi Campur (set with coconut milk-infused island rice, pulled jerk chicken and glazed skin crumbs) is the answer to that.

The latest addition to the roster is the Jerk Fried Rice, Kims’ current favourite and latest experimentation as he steeped the rice with the same marinade sauce. Pair the hot sensation with a lineup of drinks purposely crafted to beat the heat, like the refreshing tall glass of apple juice with ginger syrup in Apple Ginger.

Funnily enough, Kims himself has never tried the original Jamaican jerk chicken, which carries its own long history and tradition. But the intention was never to redefine it. In this case, it’s a matter of serving what he thinks is good and what people here would like. “A lot of people try it with no expectation whatsoever, so I wasn’t hoping for any kind of reaction. The Jamaican seasoning is relatively new here, but as it turns out, it doesn’t have a contrasting feel; many people like it and keep ordering again.”