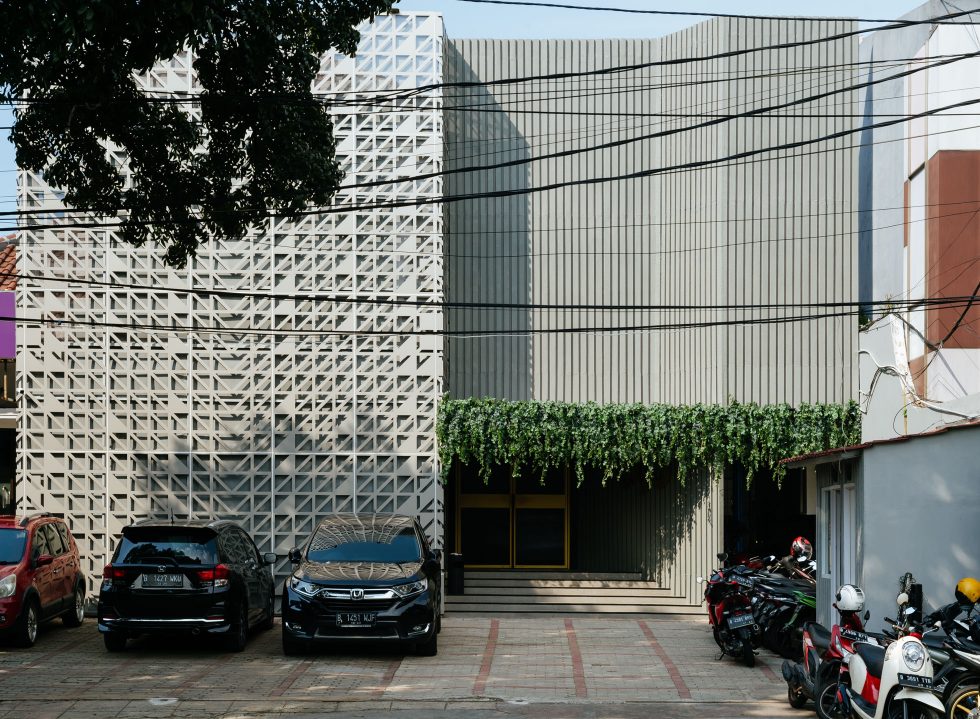 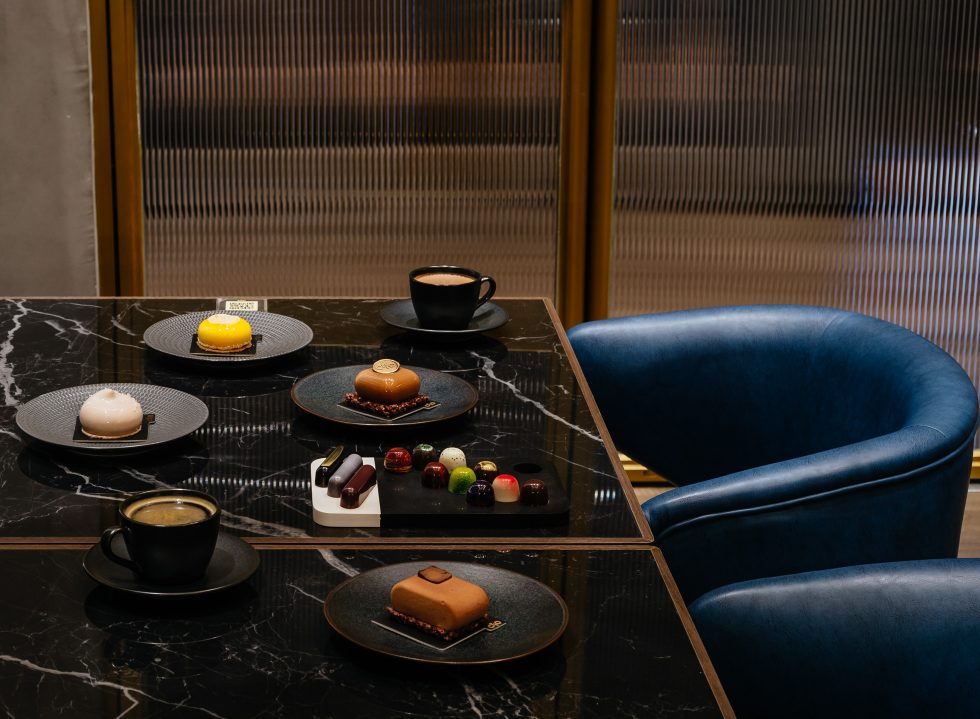 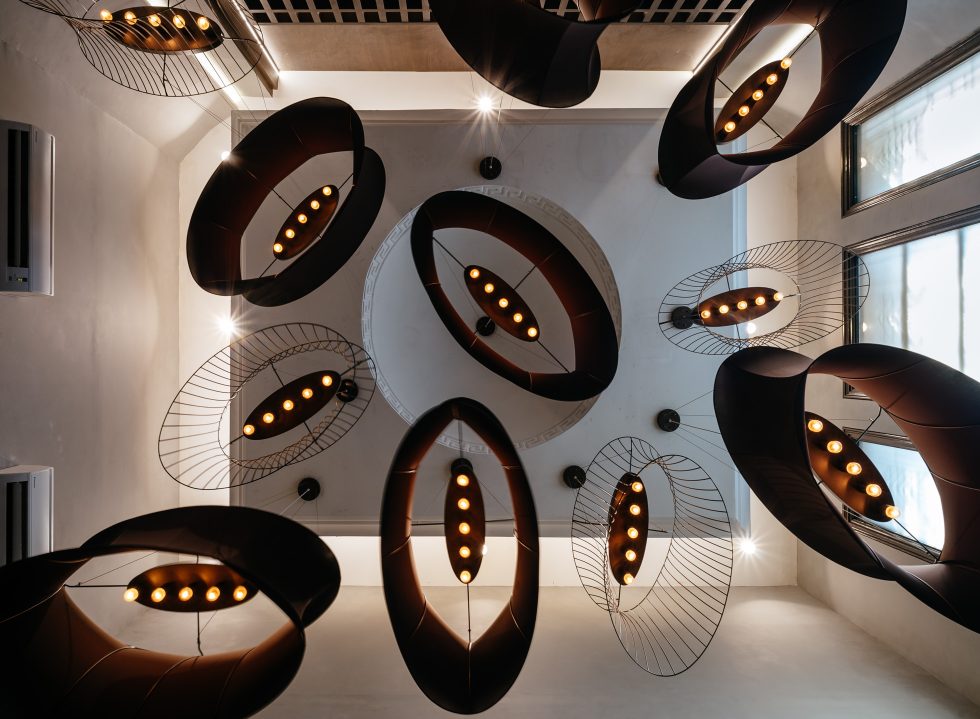 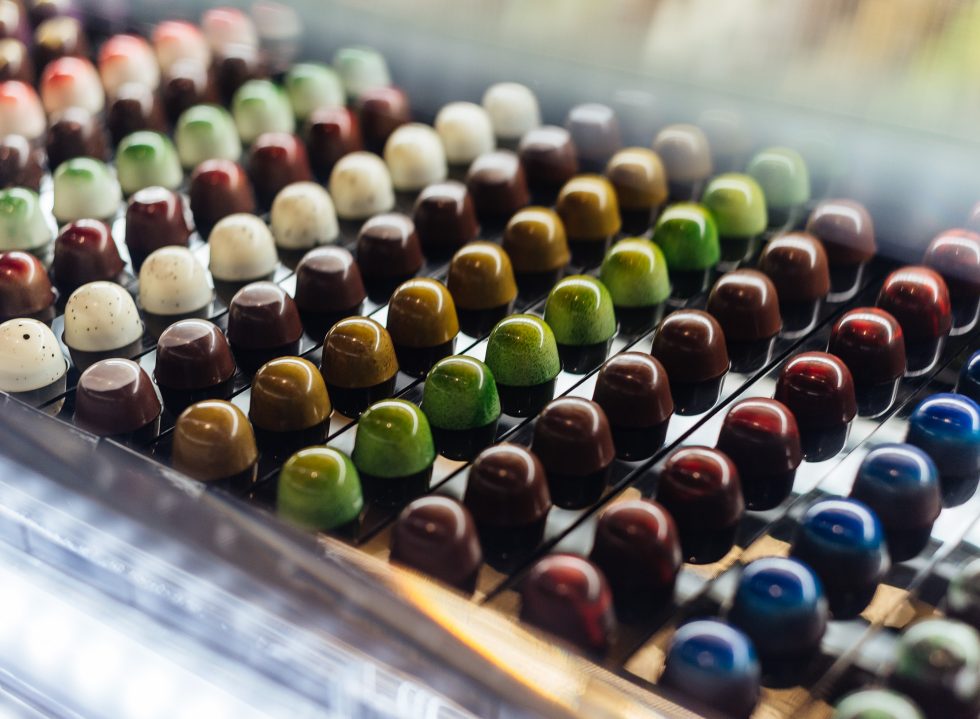 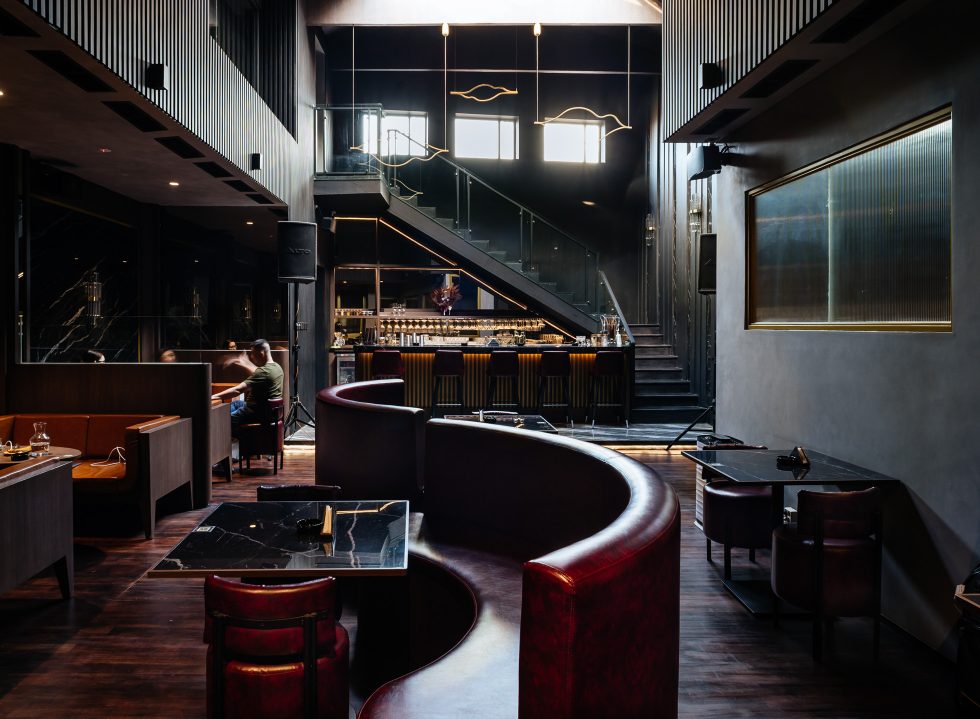 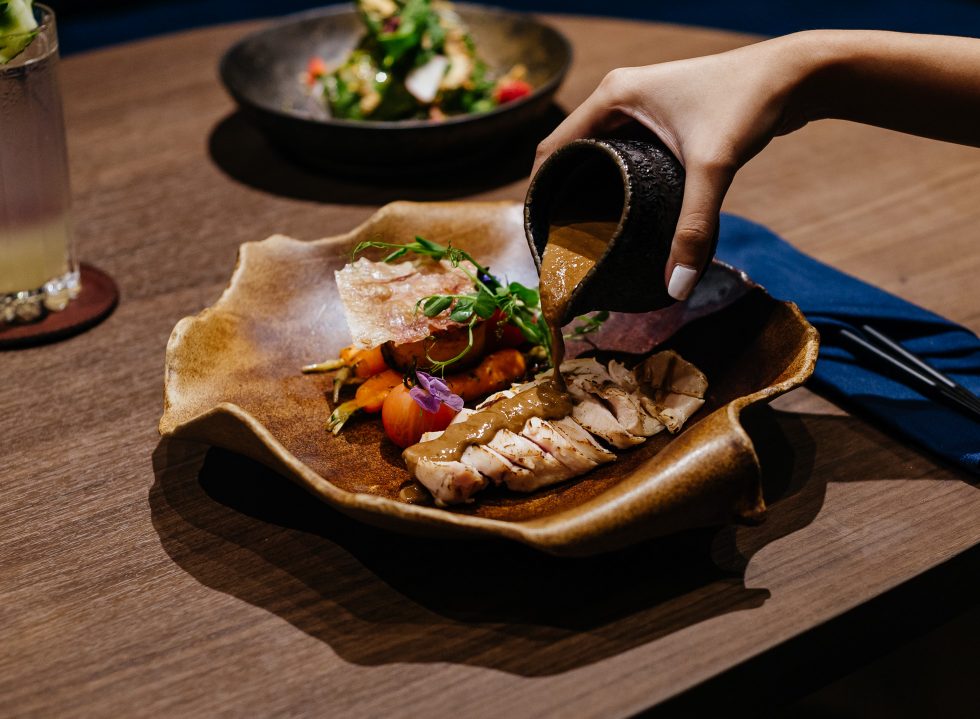 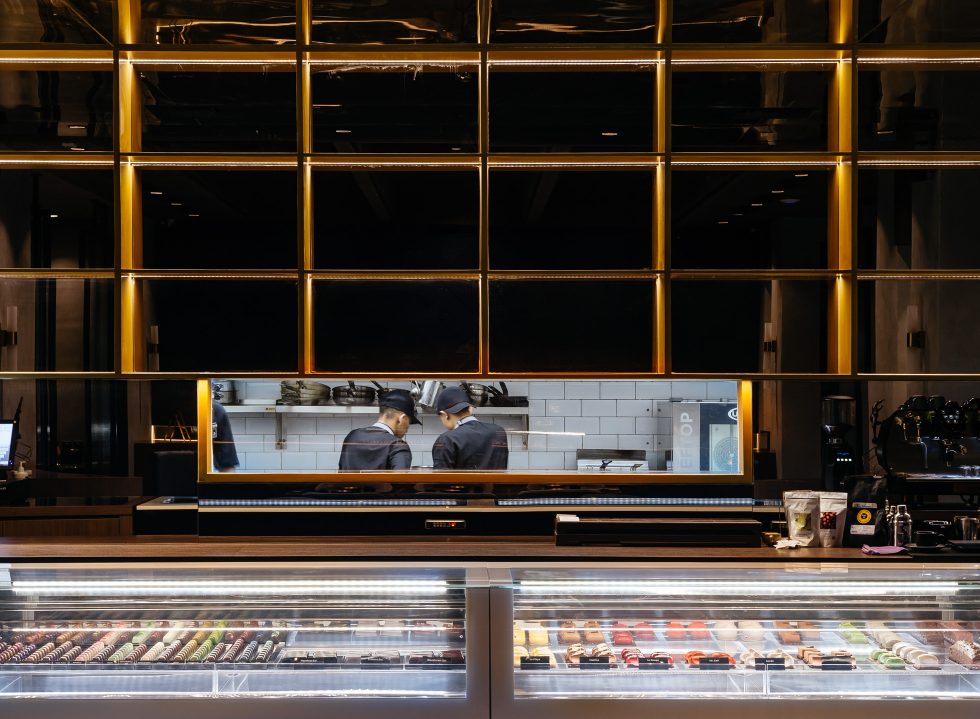 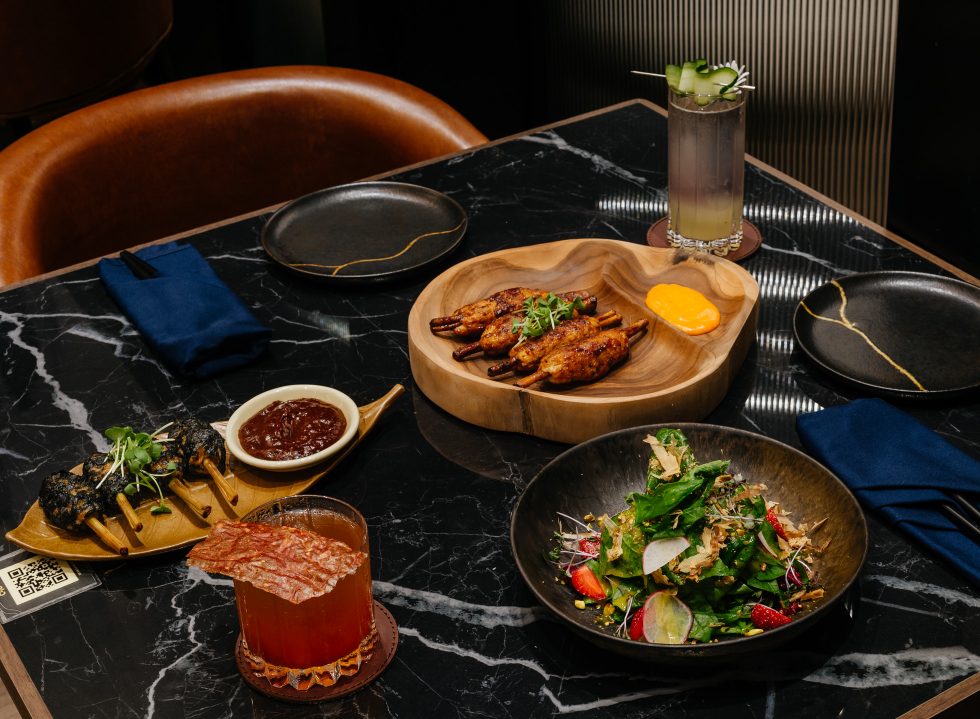 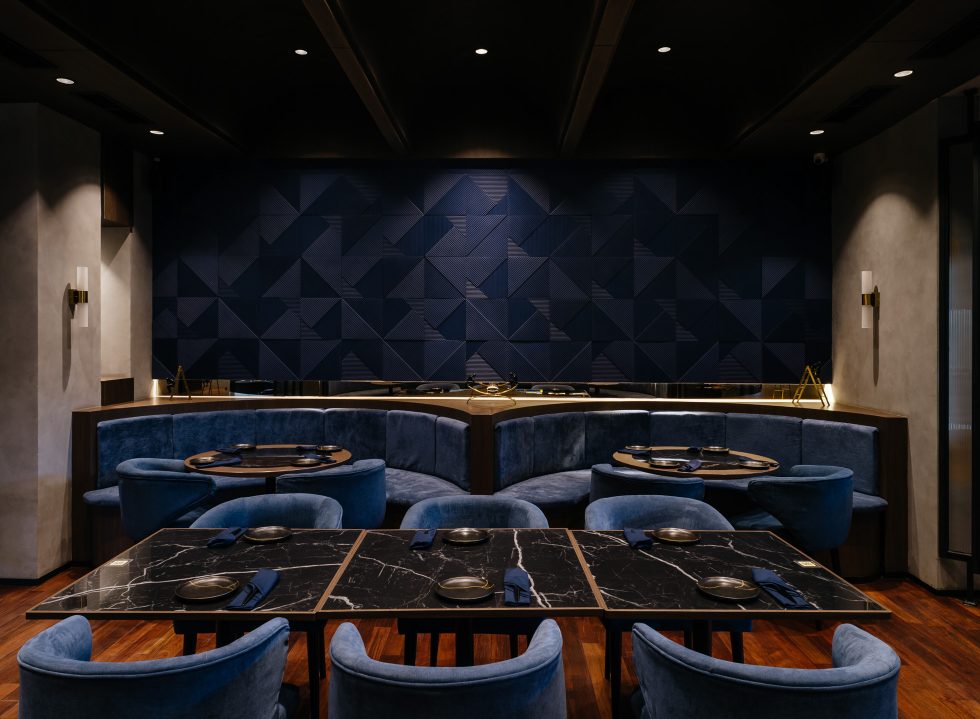 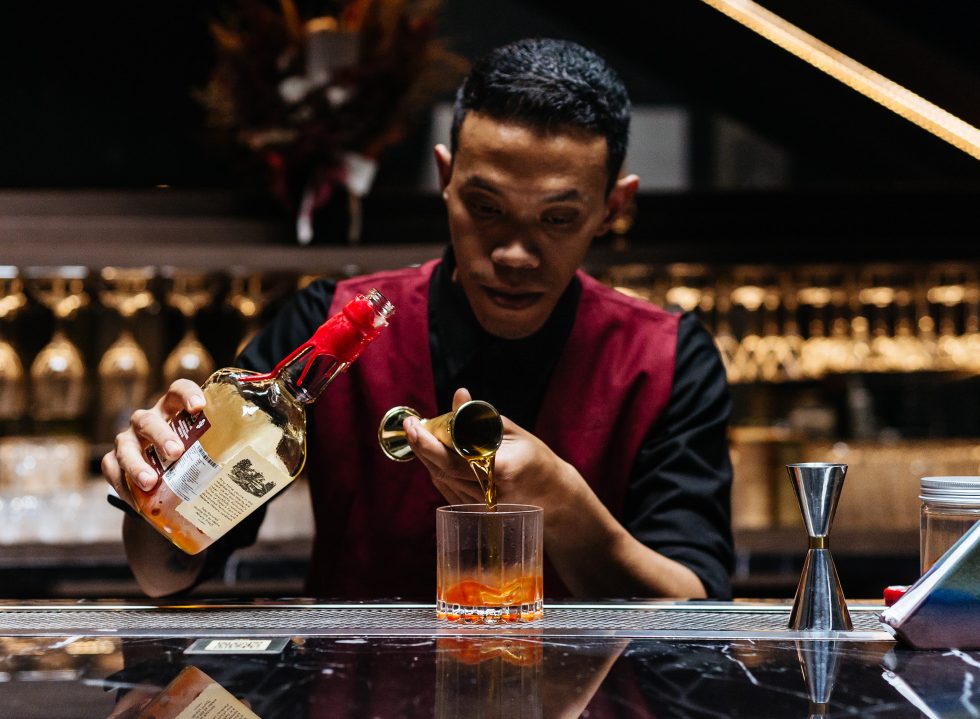 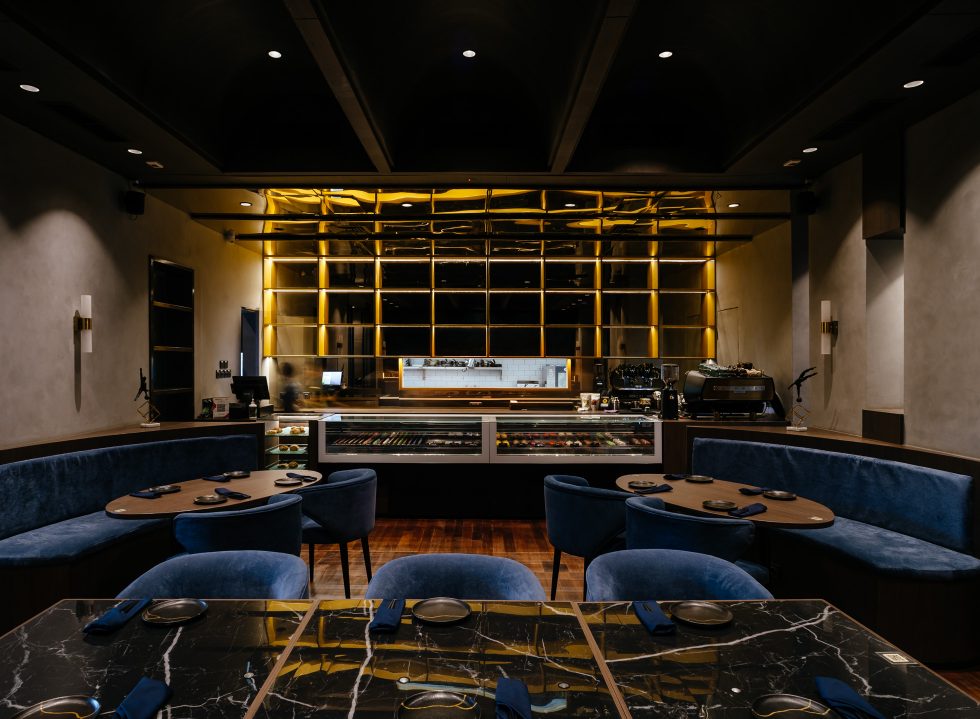 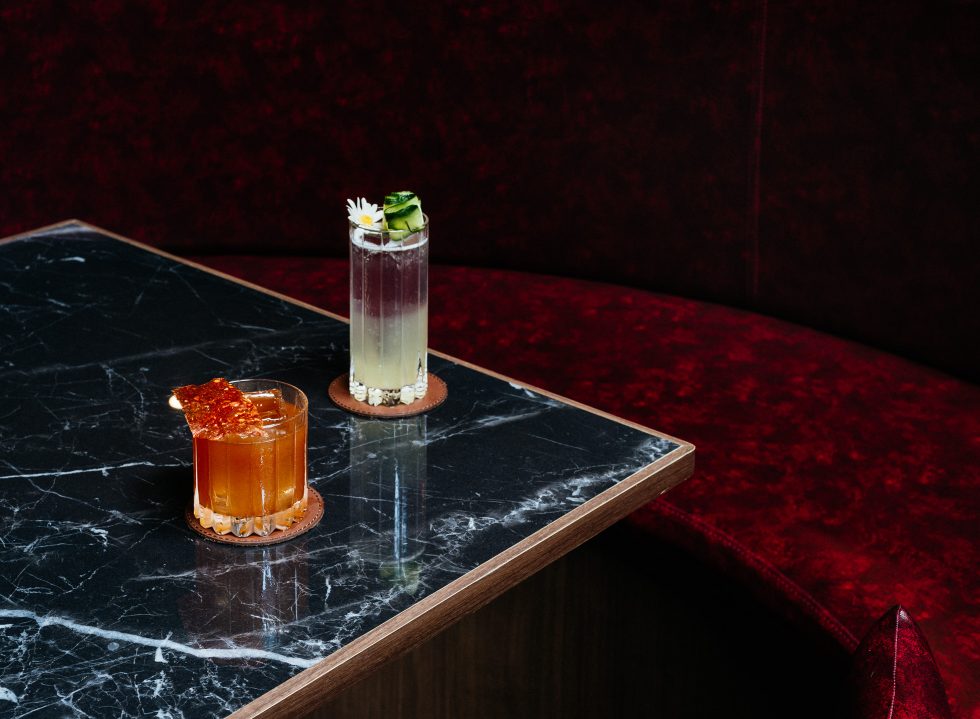 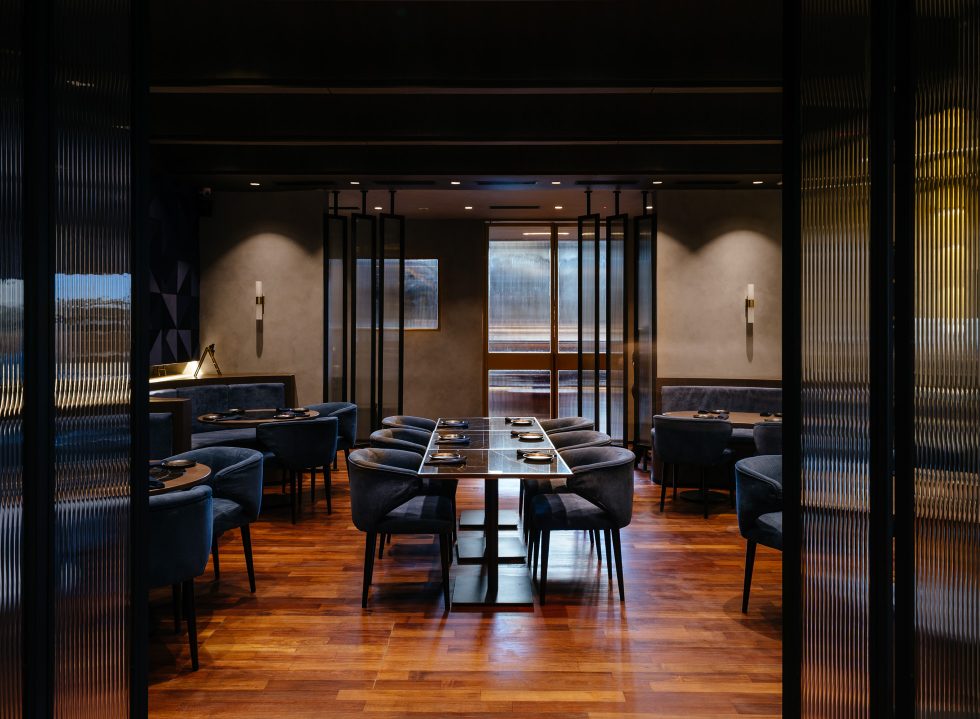 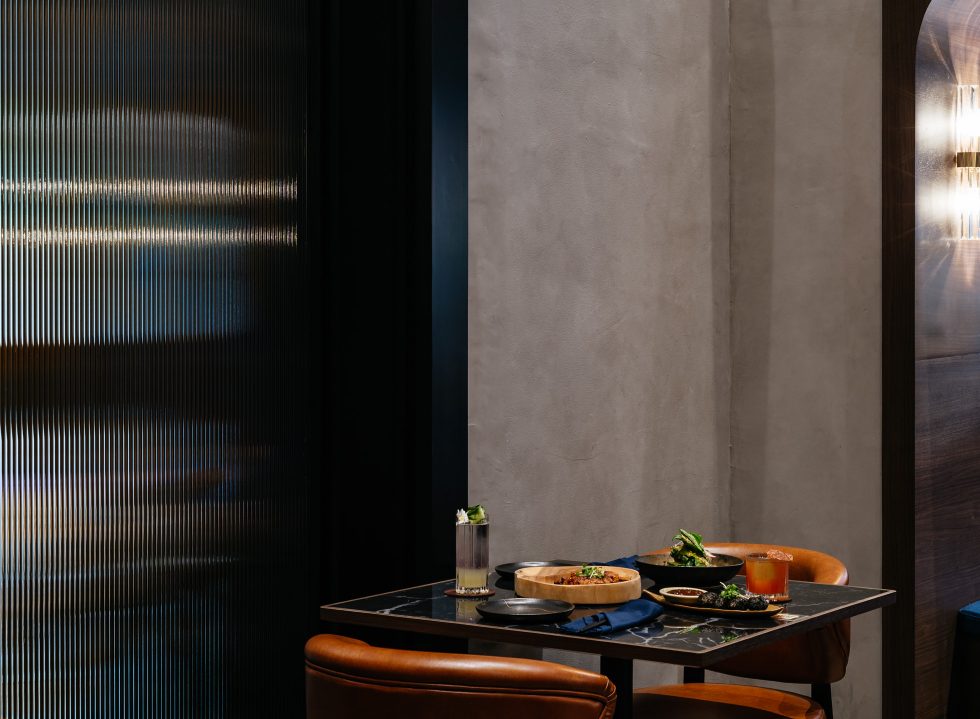 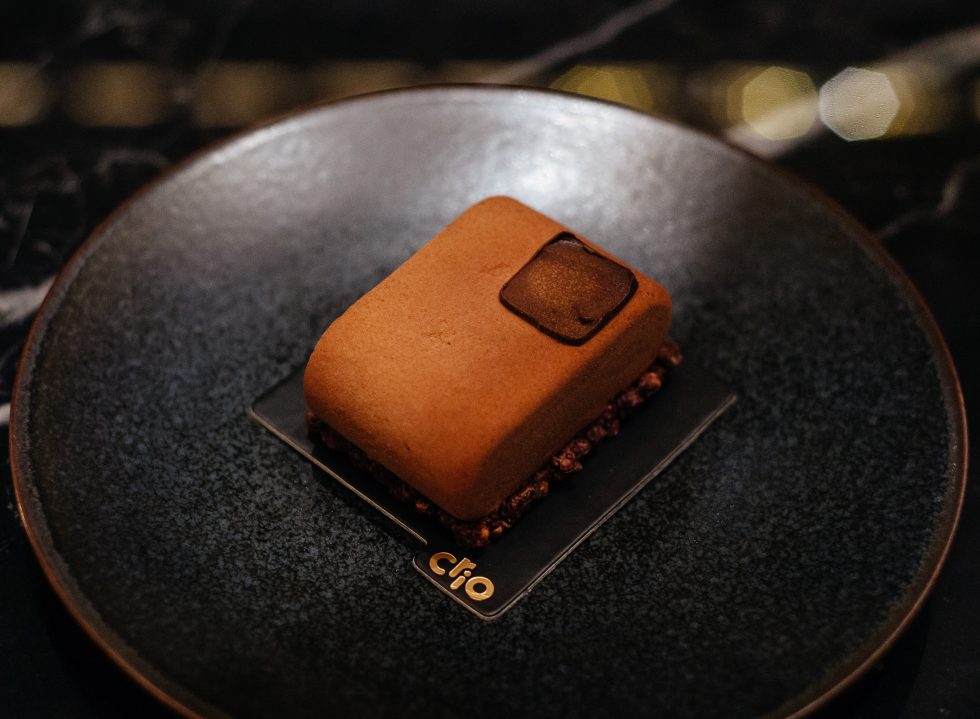 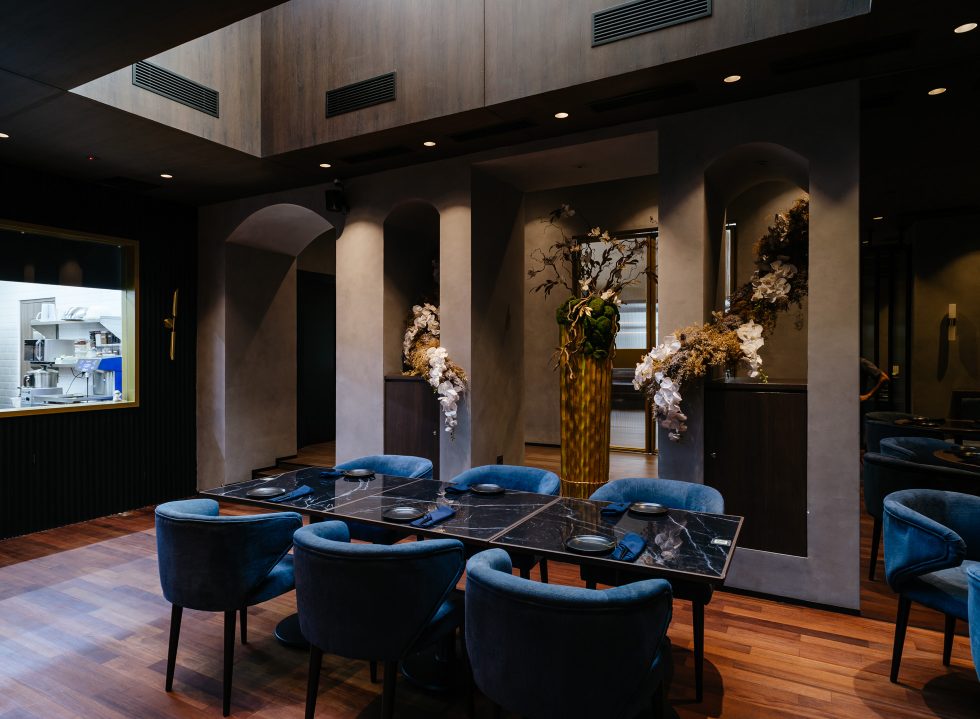 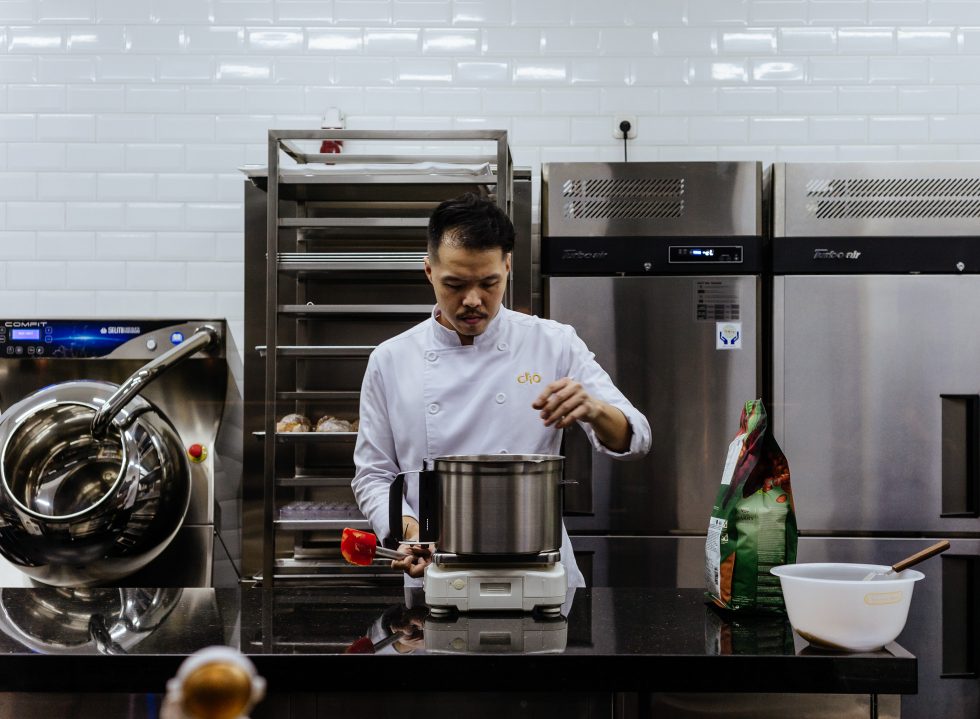 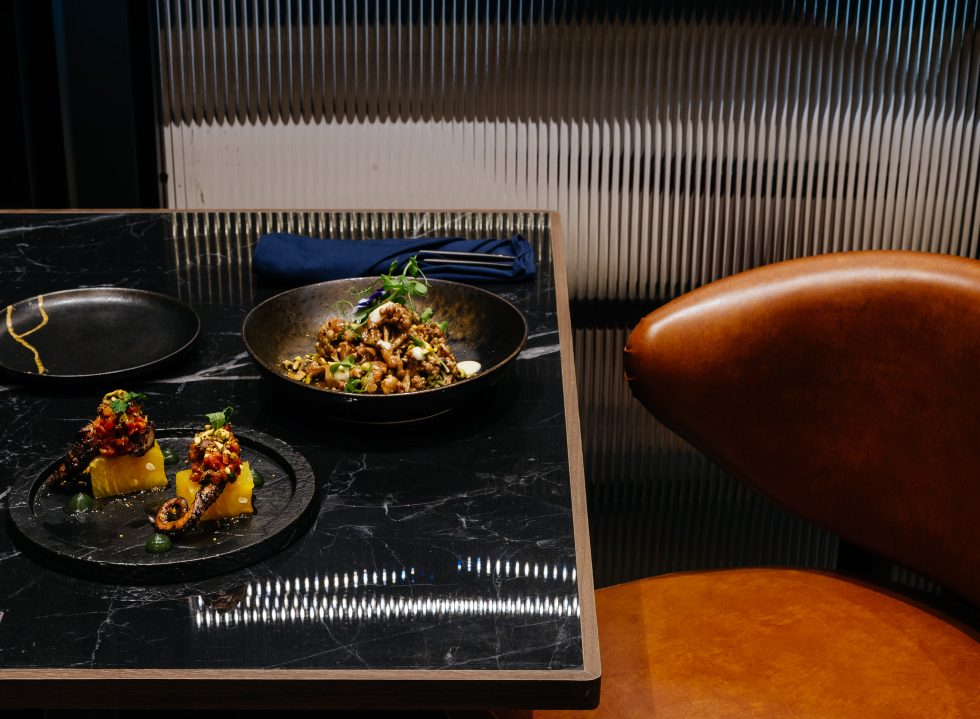 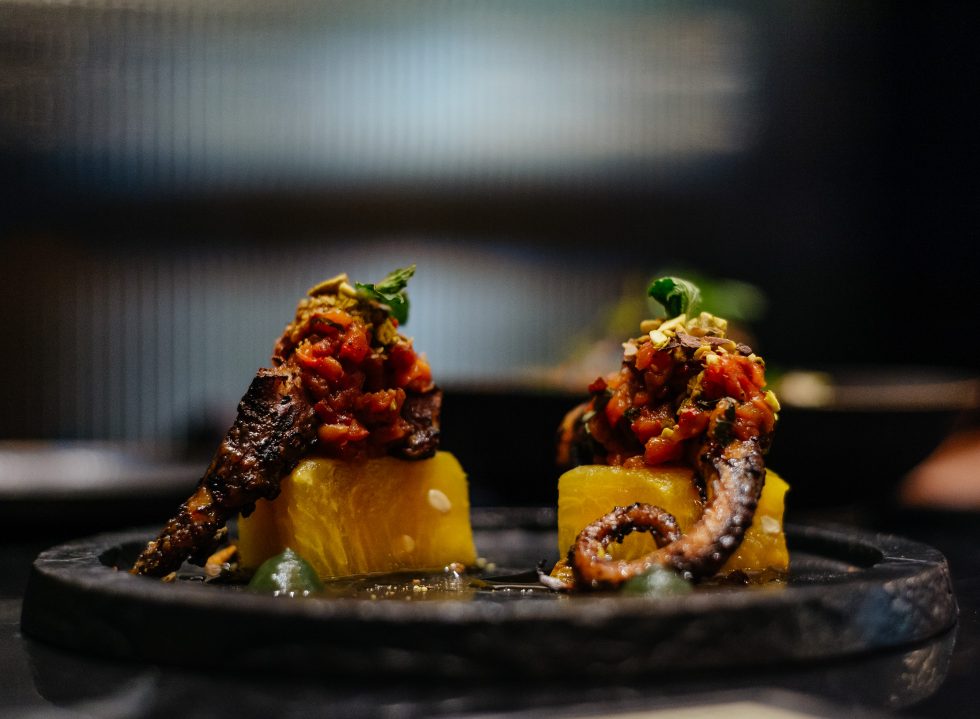 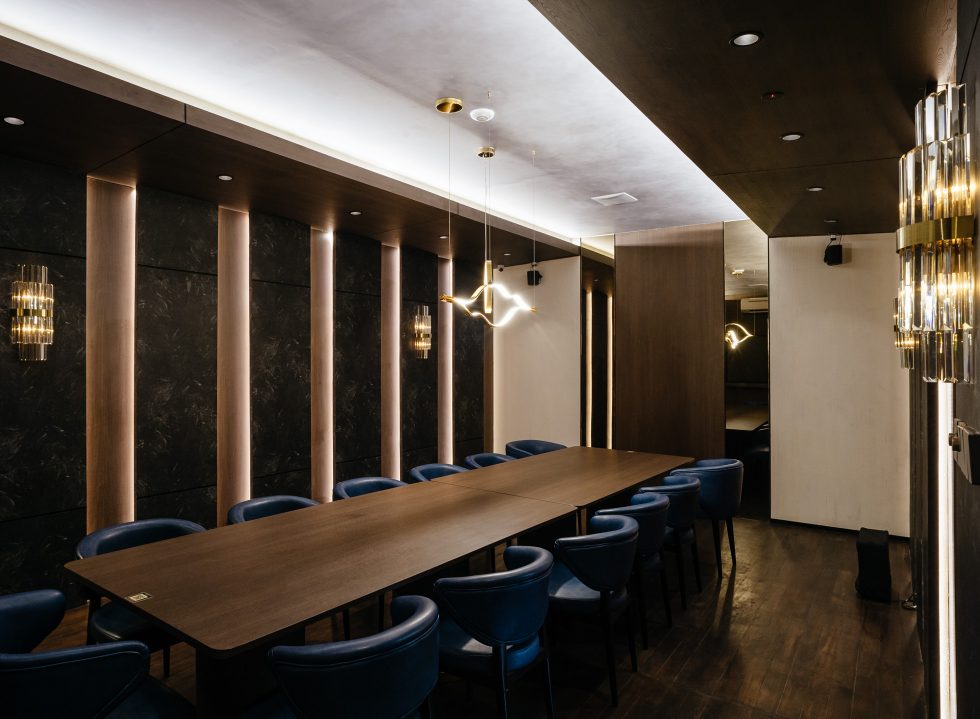 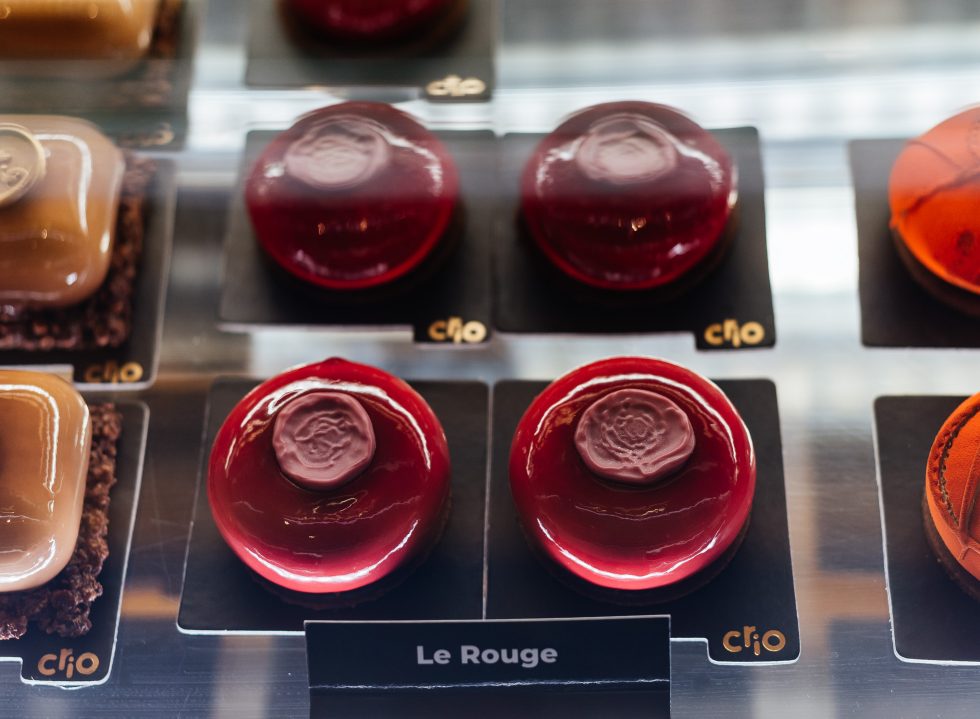 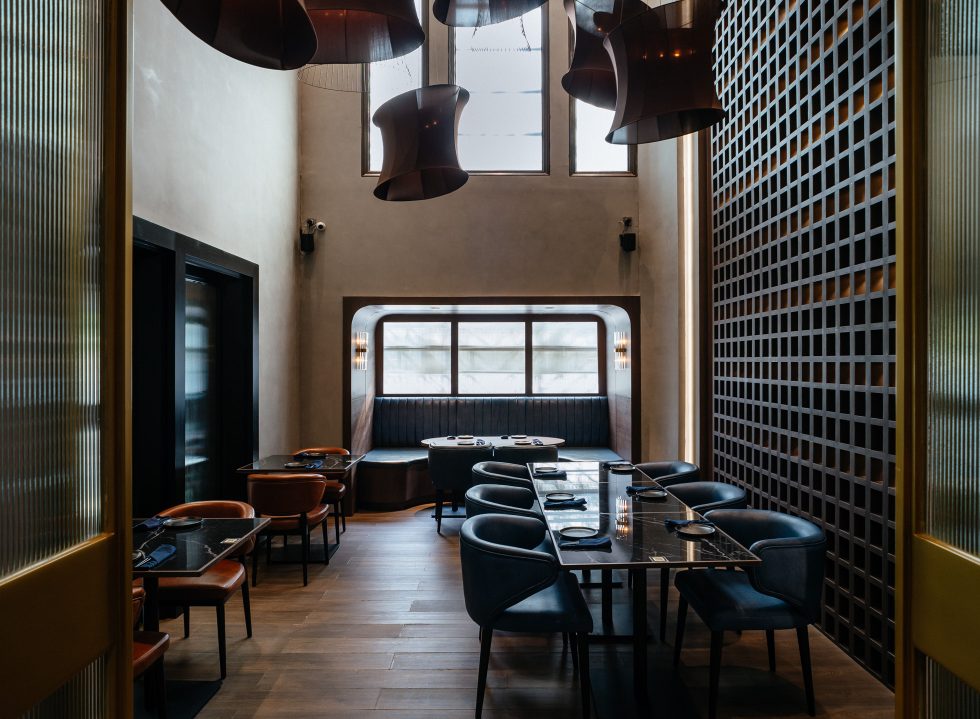 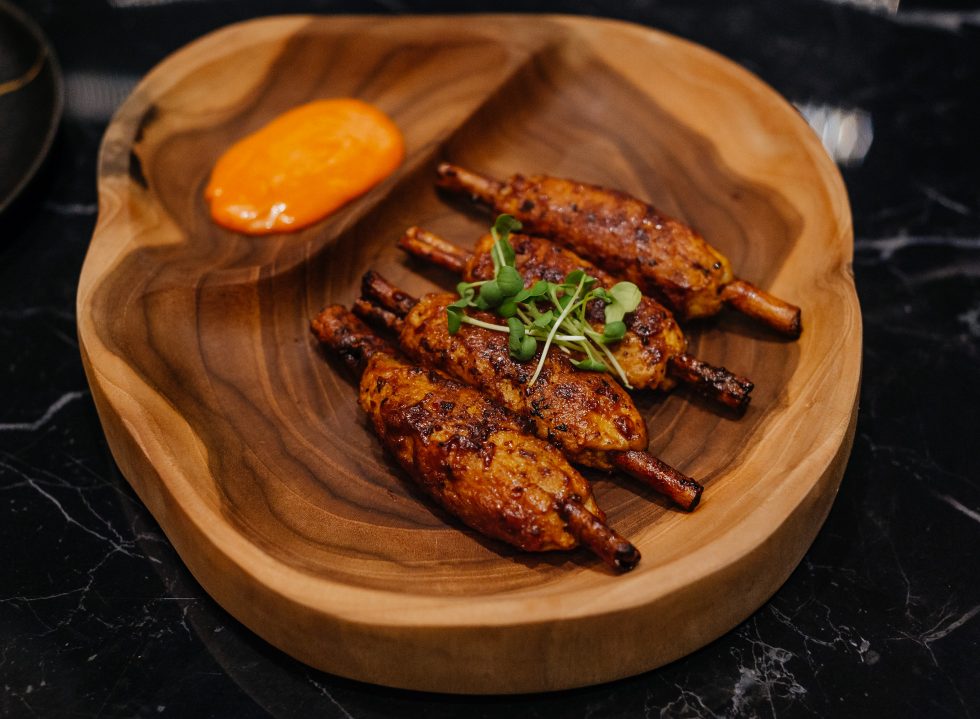 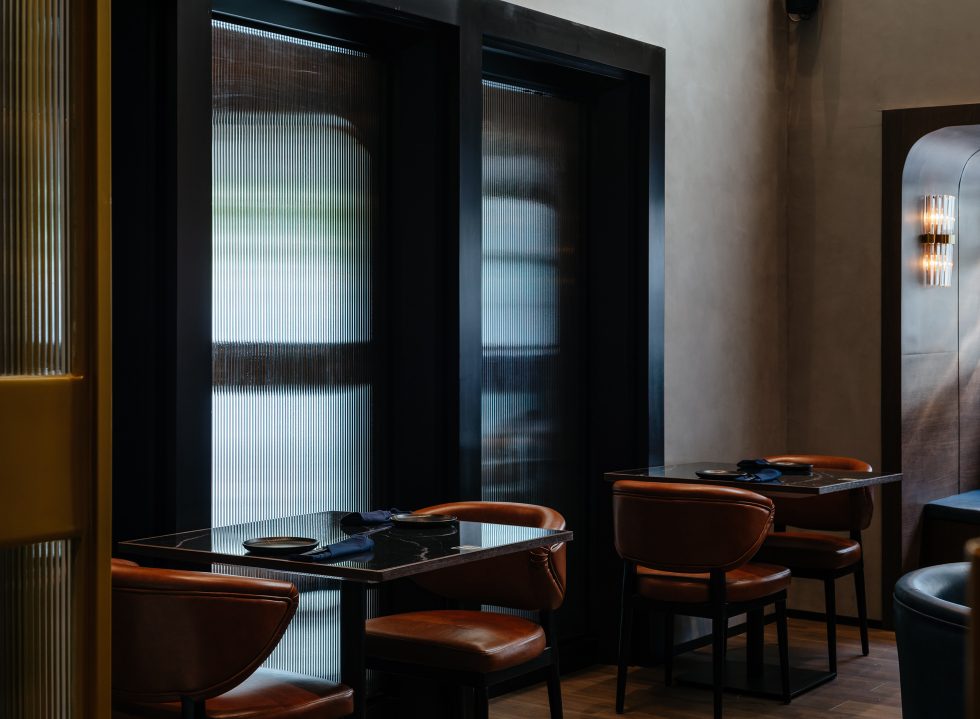 When Crio’s founder, owner and chocolatier Richie Pratadaja returned to Jakarta in 2019 after spending 15 years in the United States—where he worked as a baker at Bellagio Hotel in Las Vegas and then later as sous chocolatier under Chef Håkan Mårtensson at FIKA NYC—he decided that it was time for him to build something of his own. Rejecting offers from multiple renowned hotels in the city, he chose to make and sell homemade cakes instead. For months, Chef Richie and his brother personally delivered orders to homes across the city before welcoming diners to their brick-and-mortar in Menteng.

The restaurant’s refined façade and interior reveal nothing of its humble beginnings. But what is obvious is its attention to detail, from the custom-made platings and eye-pleasing cushioned seats to the long glass window that reveals all the happenings inside the pastry kitchen. It hints at the restaurant’s dedication to the culinary craft—Crio is, after all, Portuguese for ‘to create’.

With Chef Richie’s background in patisserie, there’s much to anticipate from the sweet treats served at Crio, and he isn’t one to keep his guests in suspense. Besides revealing his ‘chocolate factory’ through the glass window, alongside a barista ​​station, a display case reveals Crio’s collections of bonbons, chocolate bars (which look more like piano keys) and entremets to the patrons’ delights. Each treat glistens like polished glass. Some are draped in colourful constellations while boasting surprising ingredients, such as tabasco and cayenne peppers, while others are elegantly muted with classic, finely tuned recipes.

How do they look like that? Chef Richie attributes it to the use of chocolate fat, food colouring, and a two-day-long process where every batch of the carefully-tampered treats is handmade.

“With Crio, I want to show the people here [in Jakarta] that there’s another level to enjoying chocolate. The chocolate that we grew up with is compound chocolate–which is what you’d normally find in snack ingredients. It’s good and I enjoy it still, but it’s just not of the same quality. Chocolate is actually a lot like coffee, the origin of the cacao beans and how you process them have so much impact on the flavour of the final product,” shared Chef Richie.

While Chef Richie’s treats are the obvious star here, the dishes and beverages deserve their own mention too. Designed to be a one-stop dining experience where the cooks have the freedom to explore any style to their liking, within the courses, flavour profiles come from a fusion of cultural influences presented through a modern tapas style.

Among the signatures are the Cauliflower salad, coated delightfully with chocolate dressing; the Prawn & Nori, skewered with lemongrass stick and served with slightly spicy BBQ sauce; and the Octopus, placed atop pickled watermelons and dotted with mint gel. To reinvigorate the appetite and prolong the fun meal, gulp down some mocktails like the refreshingly zesty Blue Flower from the bar, and soon, one can also choose from a range of high-end cocktails like the experimental Tomato Old Fashioned.

Whether to quietly enjoy a selection of sweet treats with a hot cuppa in a solitary outing, play bonbon guessing games with friends or delight in a platter of skewers and drinks with co-workers, at Crio, all that needs to be done is to pick one’s poison—or more accurately, one’s bonbon.