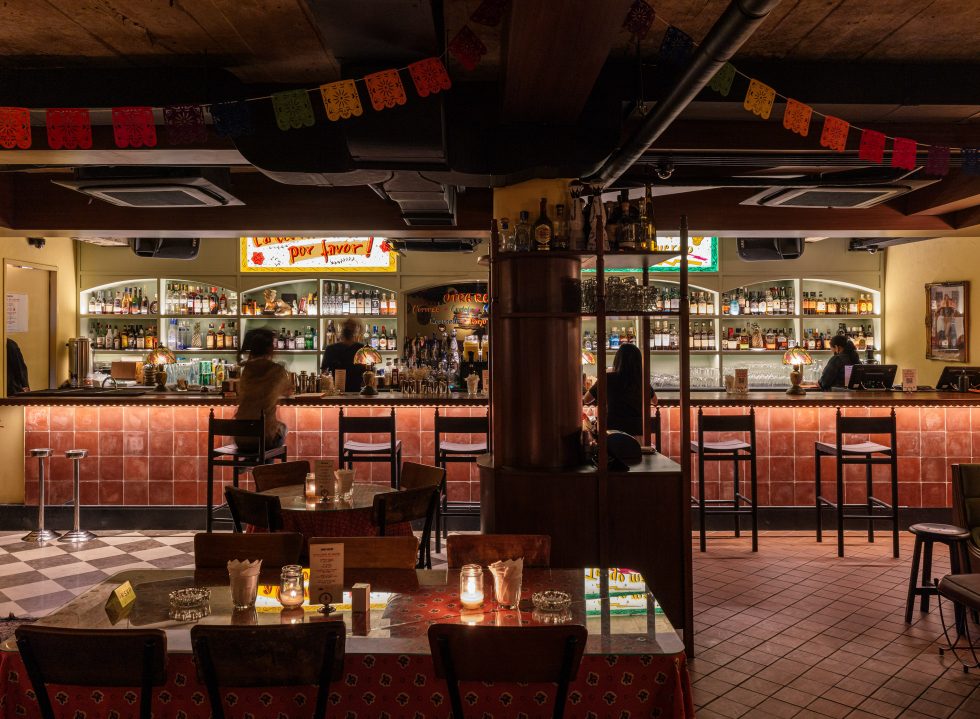 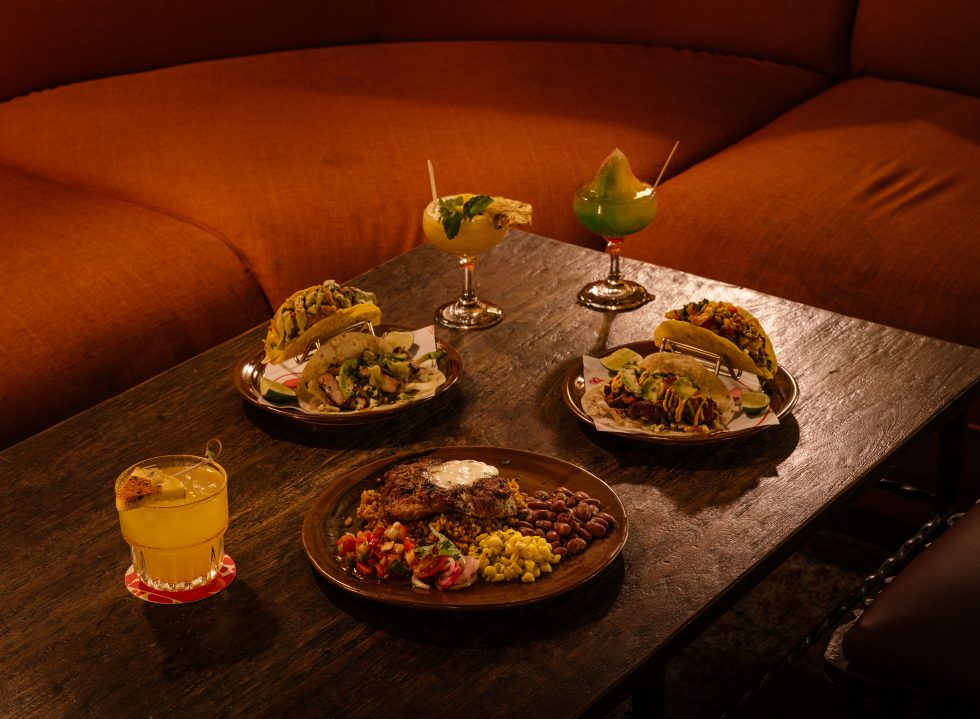 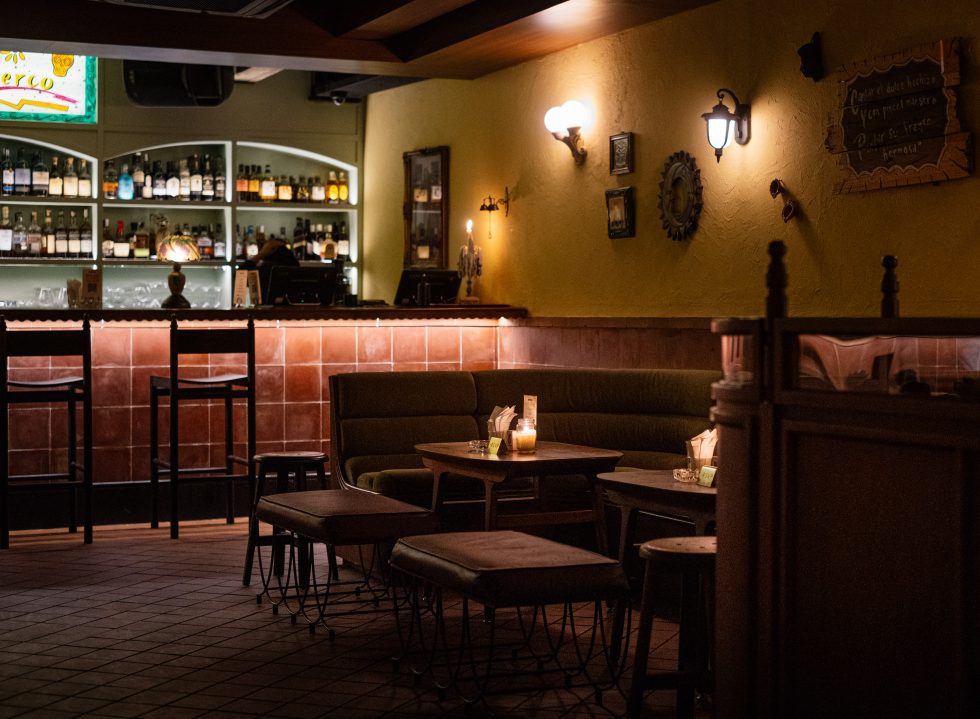 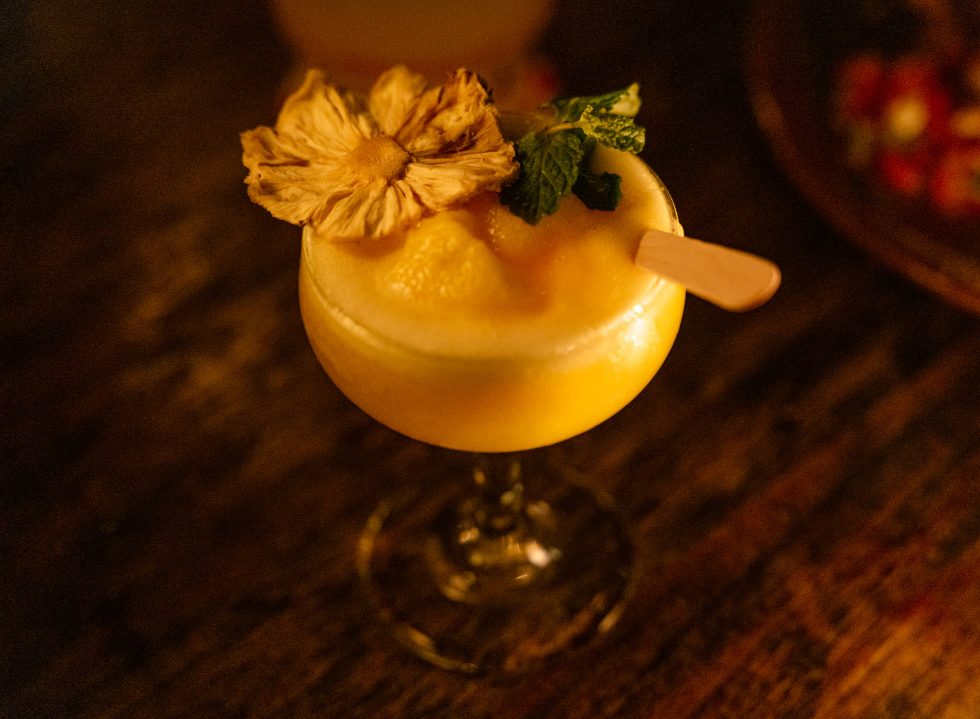 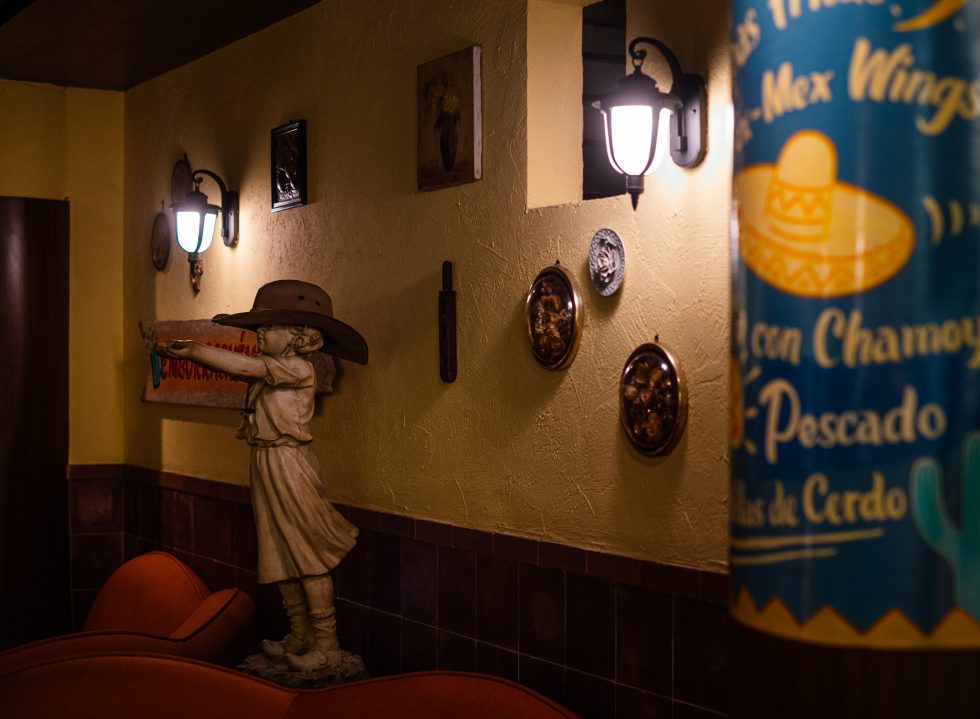 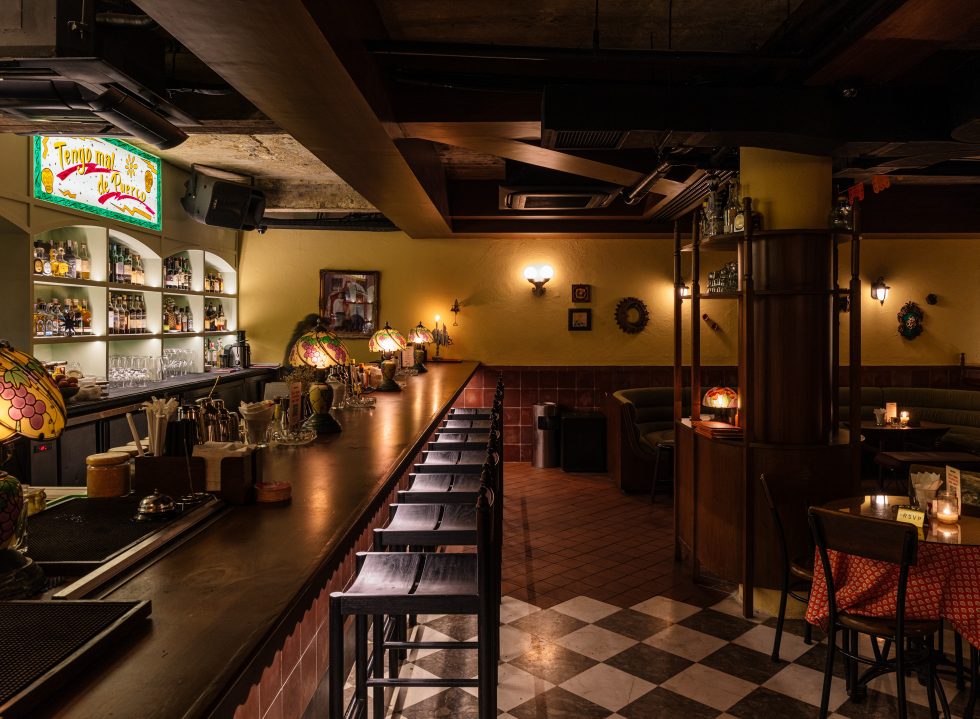 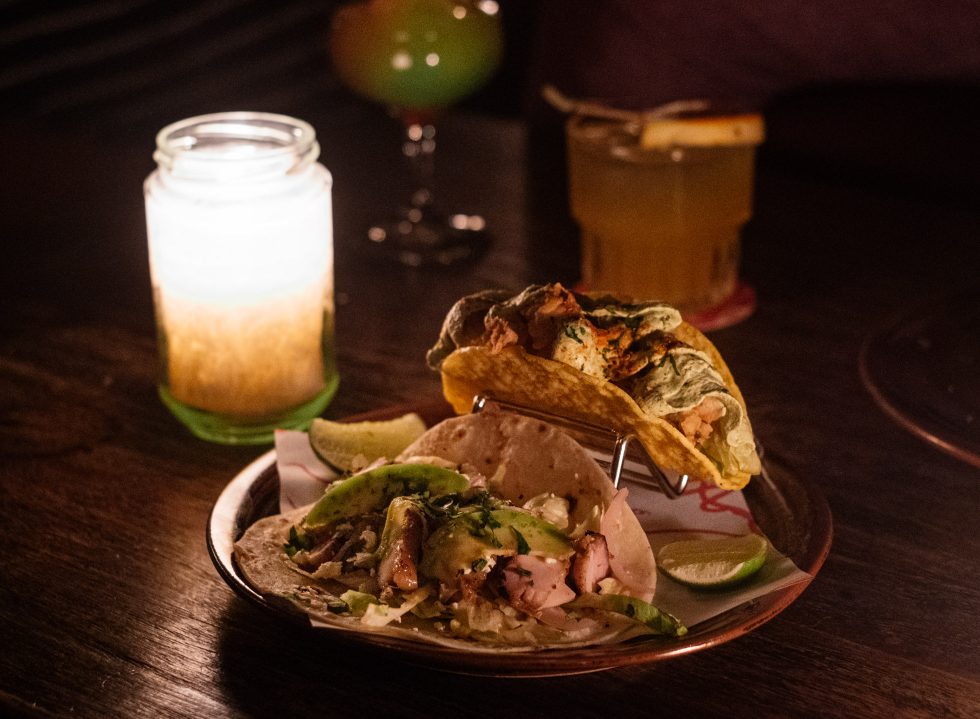 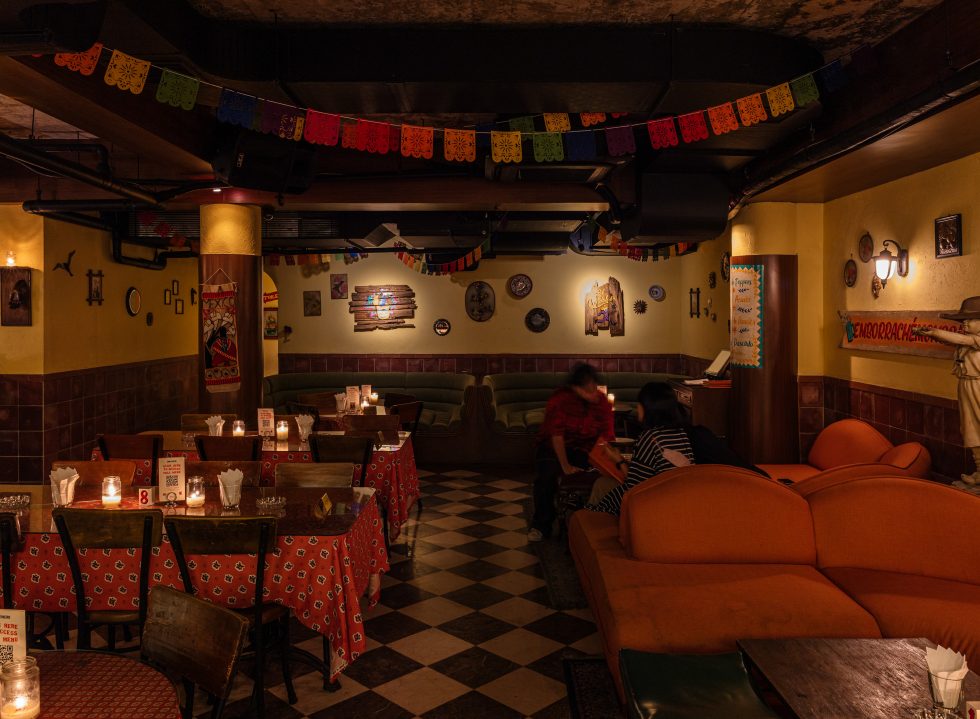 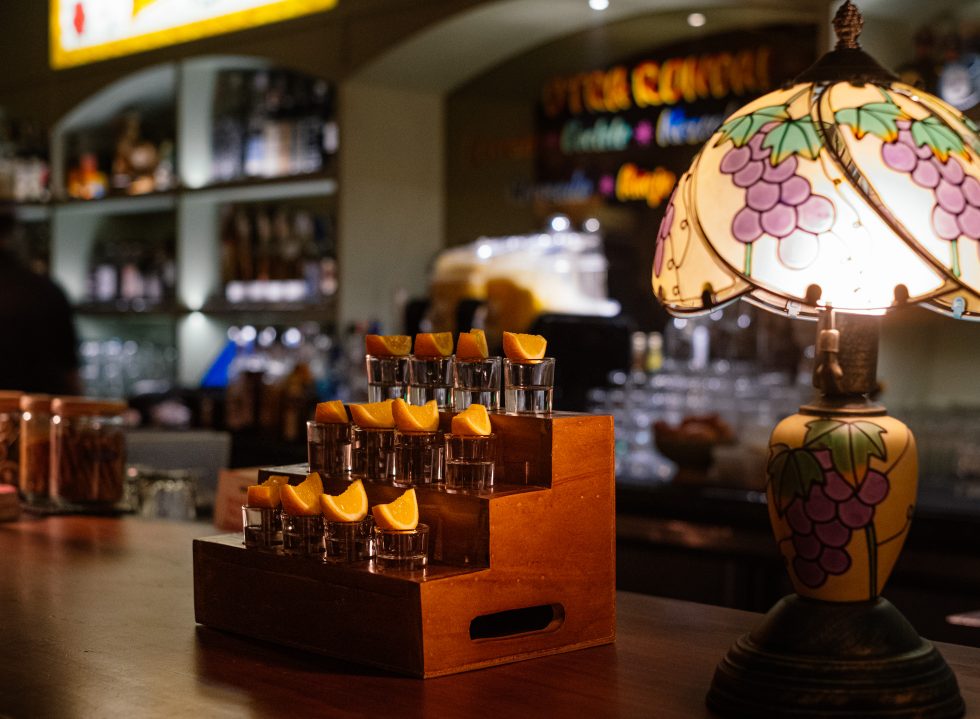 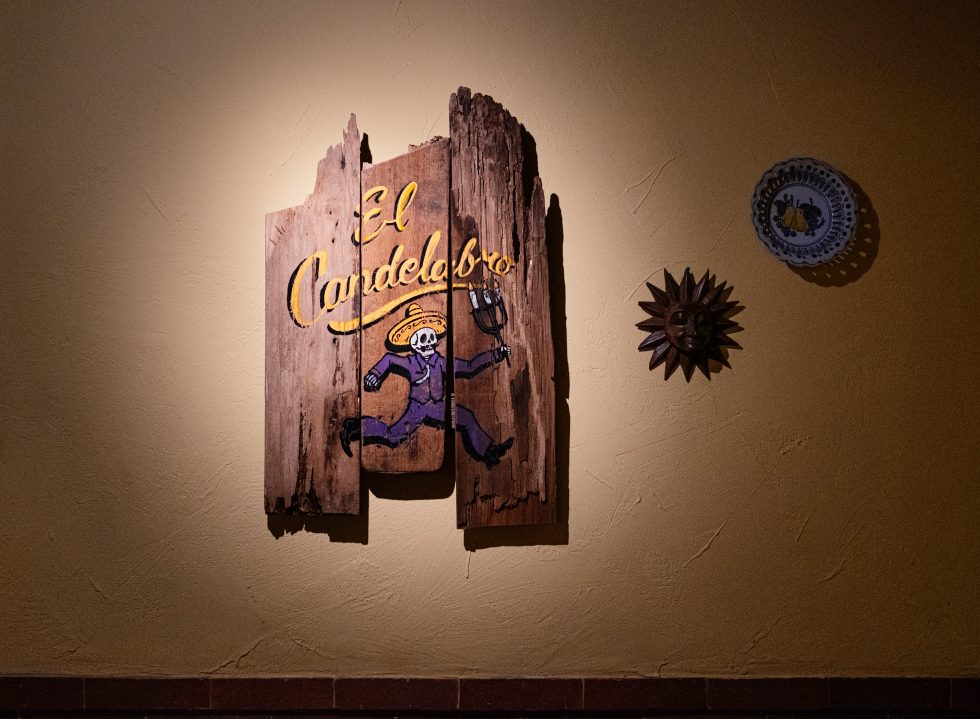 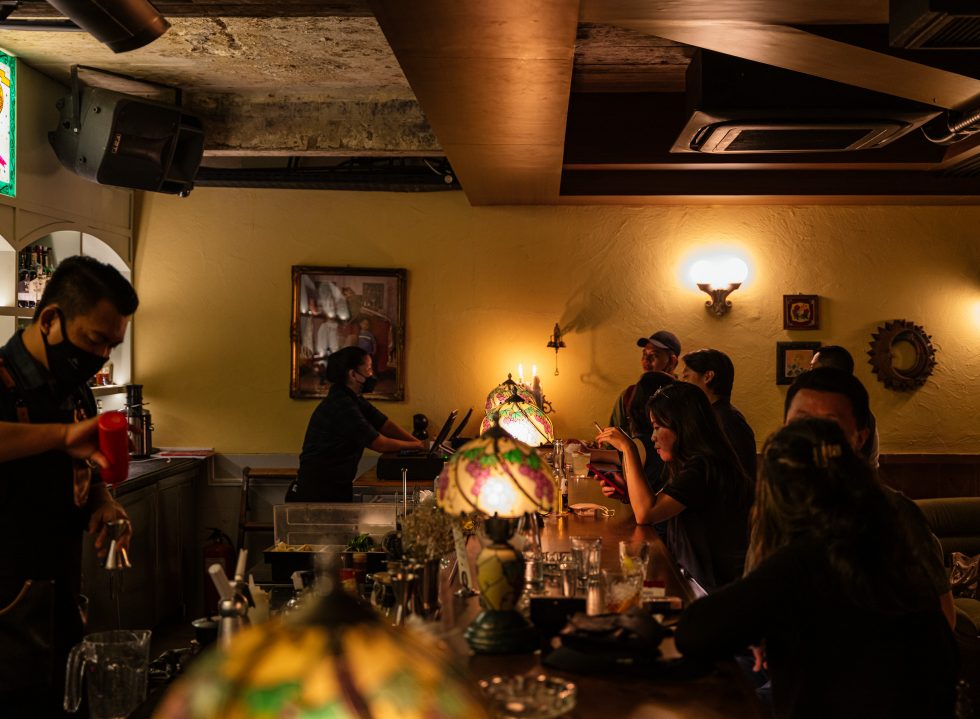 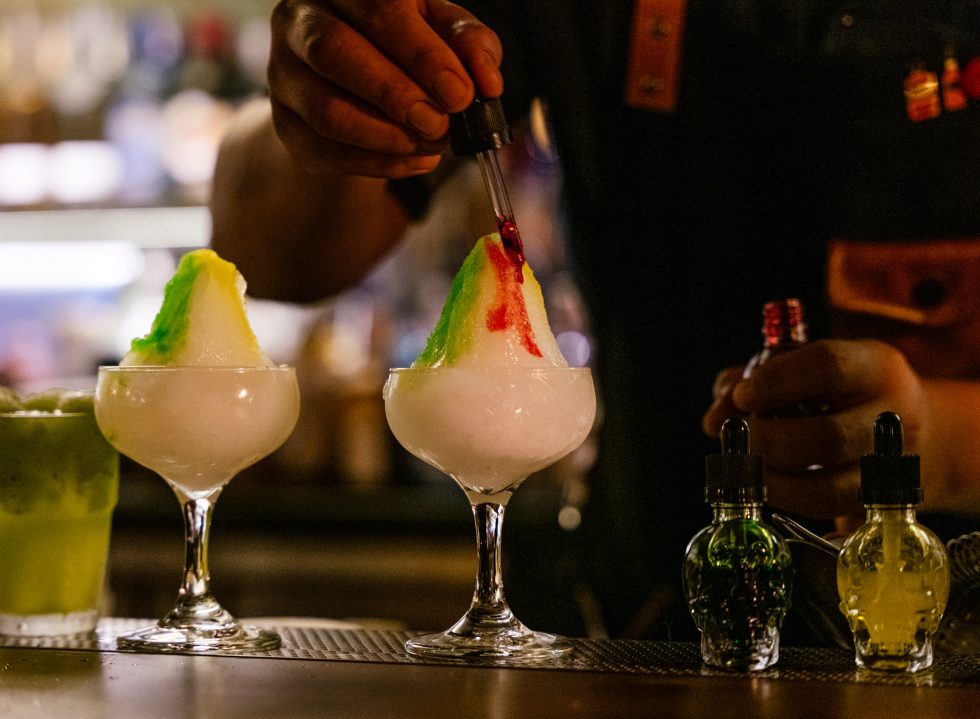 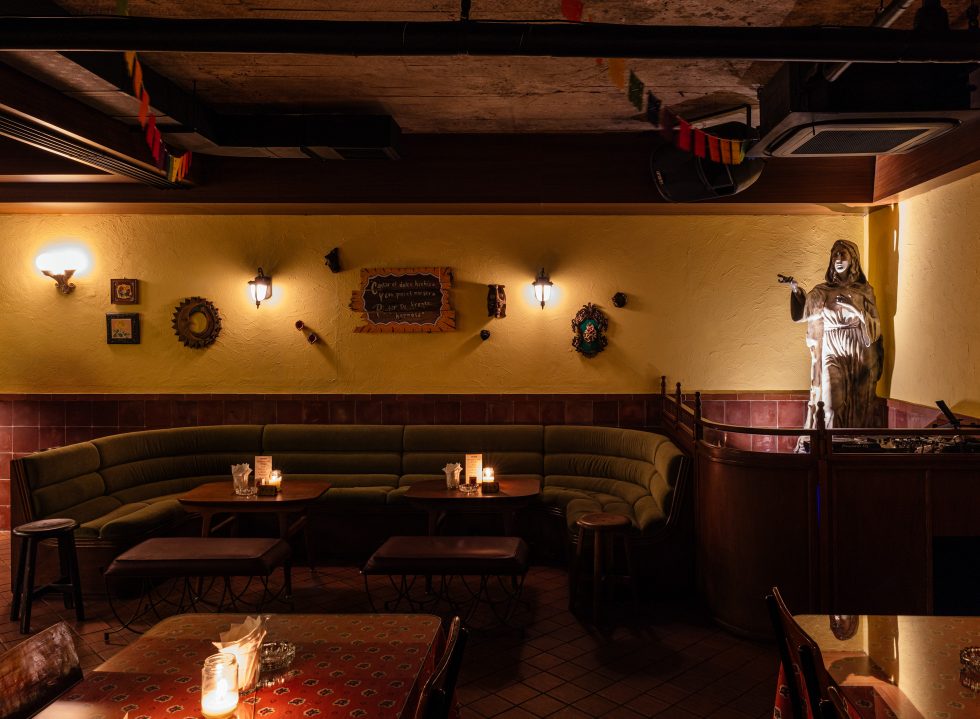 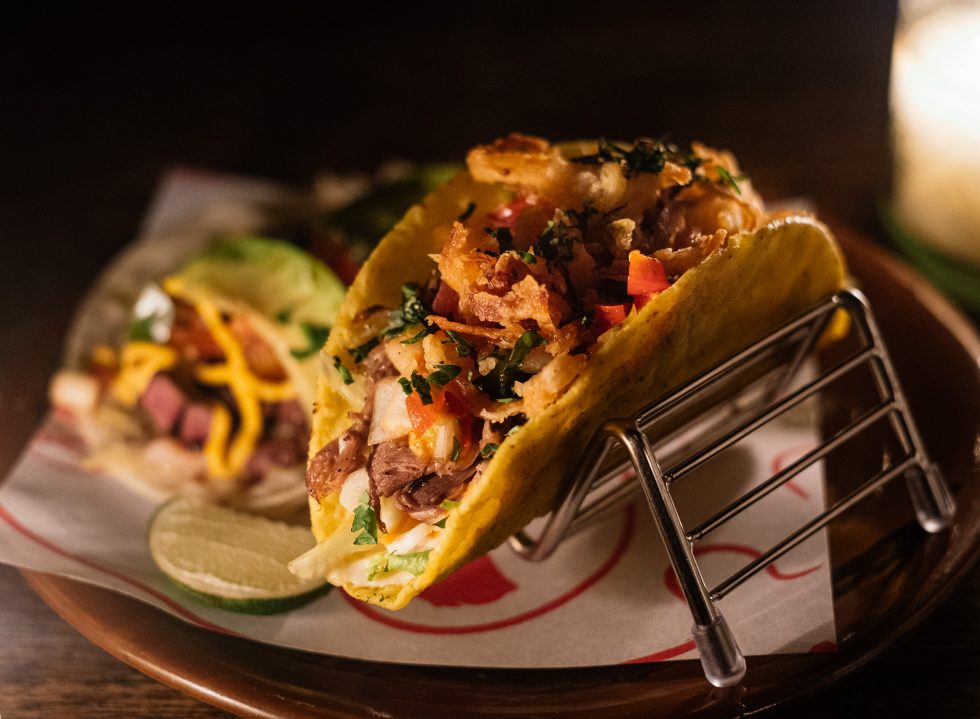 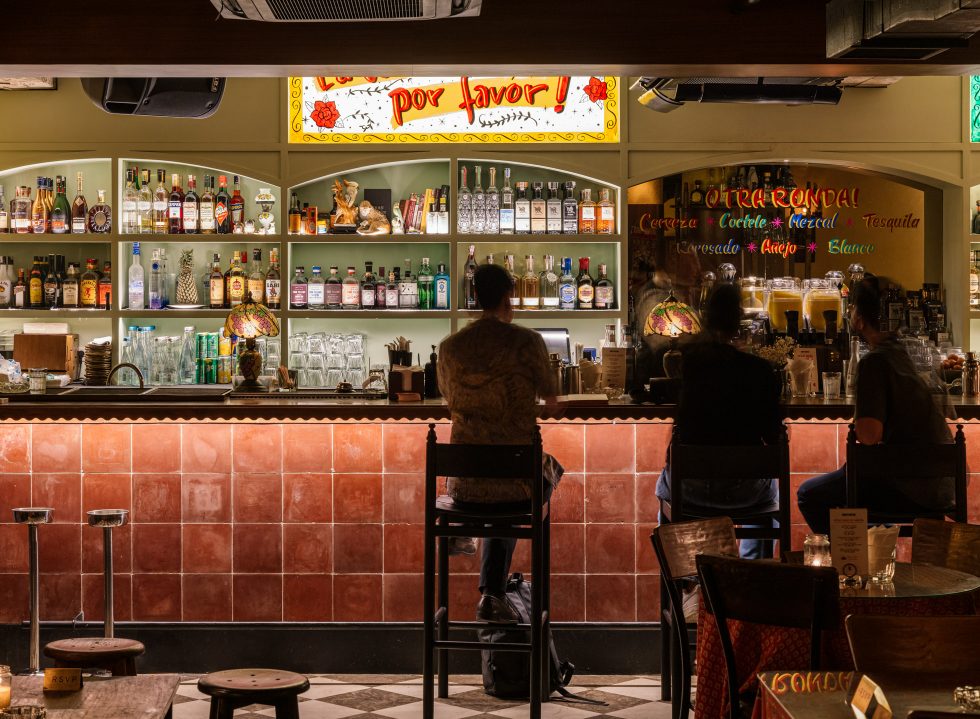 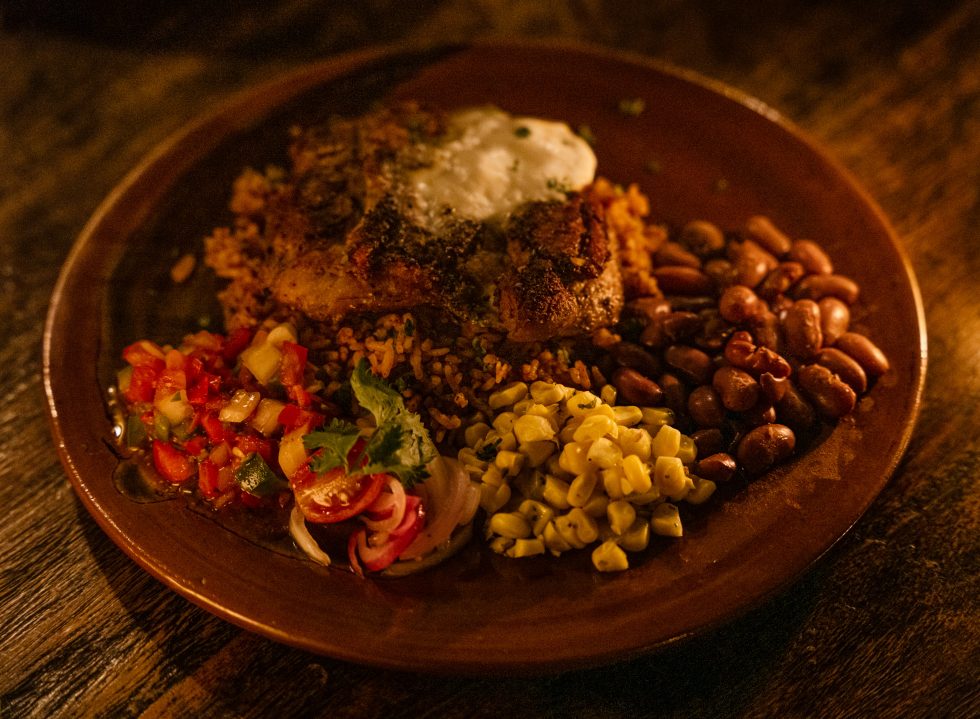 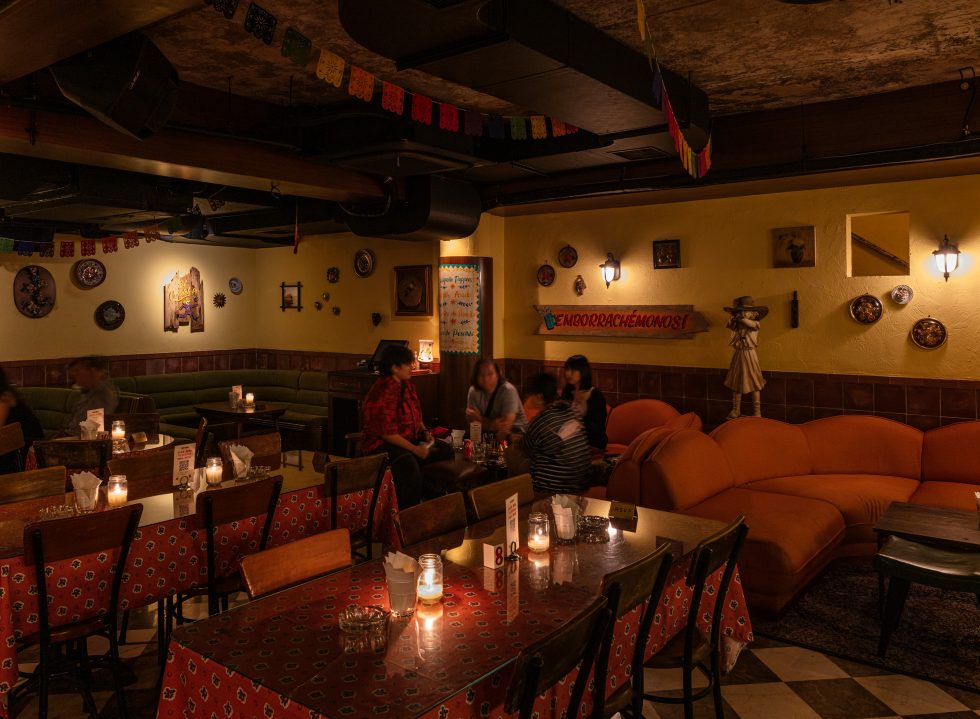 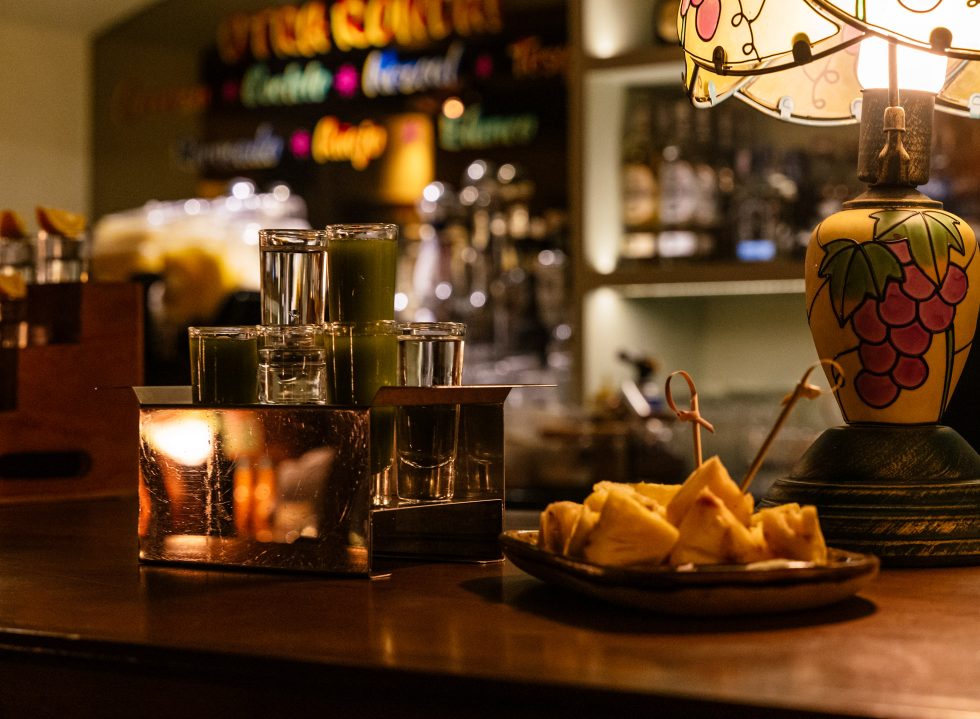 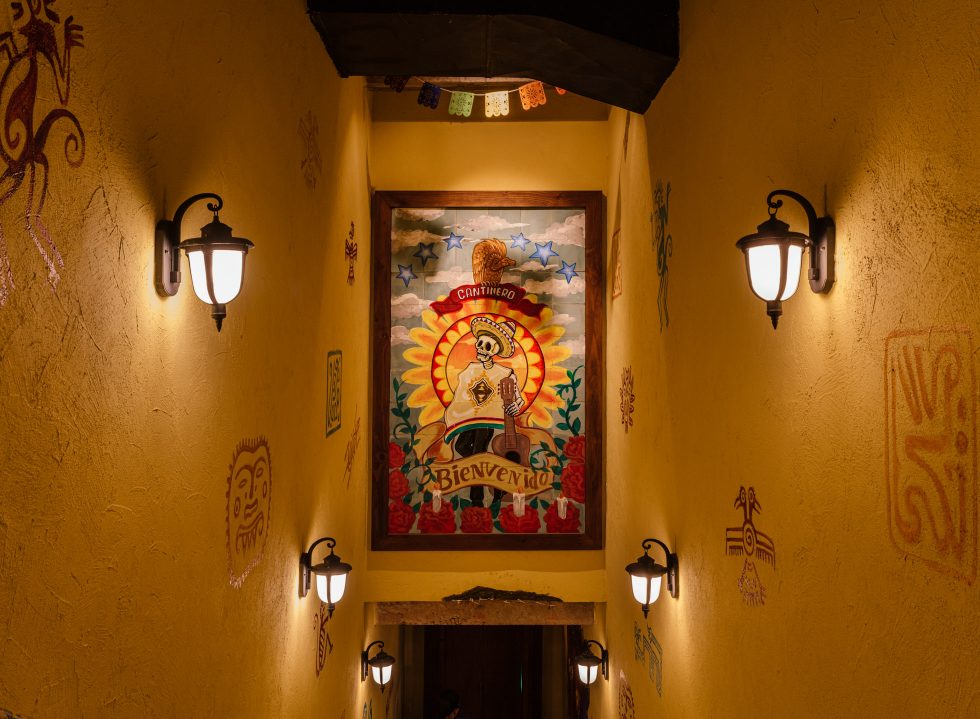 Share
Boasting a collection of tequila and familiar tapas, Cantinero in Gunawarman brings a Mexican spirit to its bar, getting people together to simply have fun after a long day at work.

At what moment do tipples taste especially good? Probably after a long, hard day at work. At Cantinero, a bar that sits stealthily below Fūjin in Gunawarman, the scene reveals just that.

Passing through the heavy entrance door, a hand-painted mural of a skull wearing a sombrero and playing the guitar greets guests as they make their way downstairs. Some Aztec symbols can be seen decorating the side walls while nostalgic numbers like “Aserejé” rip through the stereos. By this time, one will probably have worked out where Cantinero draws its influences from—once in, a show of Mexican spirit further spills throughout.

The Biko Group’s latest establishment brings the concept of a cantina (essentially a bar) to the Jakarta crowd after observing the lack of go-to Mexican hangout spots in the local scene. And there’s a genuine effort to showcase that through Cantinero, from the folksy tablecloths and the full-decked bar with an expansive list of tequila, mezcal and cocktails down to the quintessential street food of the country.

The highlight, however, rests on their tequila and mezcal. They also took it as an opportunity to introduce the latter, a lesser-known tipple that Debora Yuza, assistant marketing manager of Biko, dubbed “the older and wiser cousin of tequila.” She continued, “Tequila has this image of being a heavy liquor, but we want to show that there are ways to enjoy it.”

So shots of tequila in this case are paired with salted tropical fruits, like pineapple, watermelon and orange, instead of the usual salt rim and lemon slice, giving off both a refreshing and umami bomb at the same time. If one’s not up for a full kick of the liquor, then the sweet Slushy Margarita (mezcal, pineapple and passion fruit) and tequila-based cocktails like the spicy Ancho Libre (tequila, rum and verde chile liqueur with pineapple) will lend some fun to the tastebuds too.

While Cantinero is serious about their drinks, they also don’t play around with their tapas. The quintessential tacos, served in crispy and soft shells, are quickly reigning as the crowd’s favourite; be it the Taco de Pollo stuffed with shredded chicken, cotija cheese and pickled onion or the Taco de Pancita, heaped with crispy pork belly, refried beans, avocado and pico de gallo salsa, each filling is generous and rich with flavours. For a heavier plate, there’s the serving of Apollo Asado, Mexican rice topped with grilled chicken thigh with refried beans and buttered corn kernel on the side.

The bar opens every day, except Sunday, after 6 pm, just in time when office workers clock out. As such, the crowd fills up fast whereby backpack-wearing professionals can be seen sitting solo at the bar indulging in their beers while a group of colleagues huddle on the sofas ordering a tequila tower with a platter of fruits.

And thanks to Cantinero’s weekly programmes such as Margarita Mondays and Taco Tuesdays, along with live DJ sets to liven up the atmosphere, a different set of crowds is sure to ensue. Be it the combination of Mexican booze and tapas or the classic fiesta spirit, Cantinero sure knows how to bring people together and simply have fun.