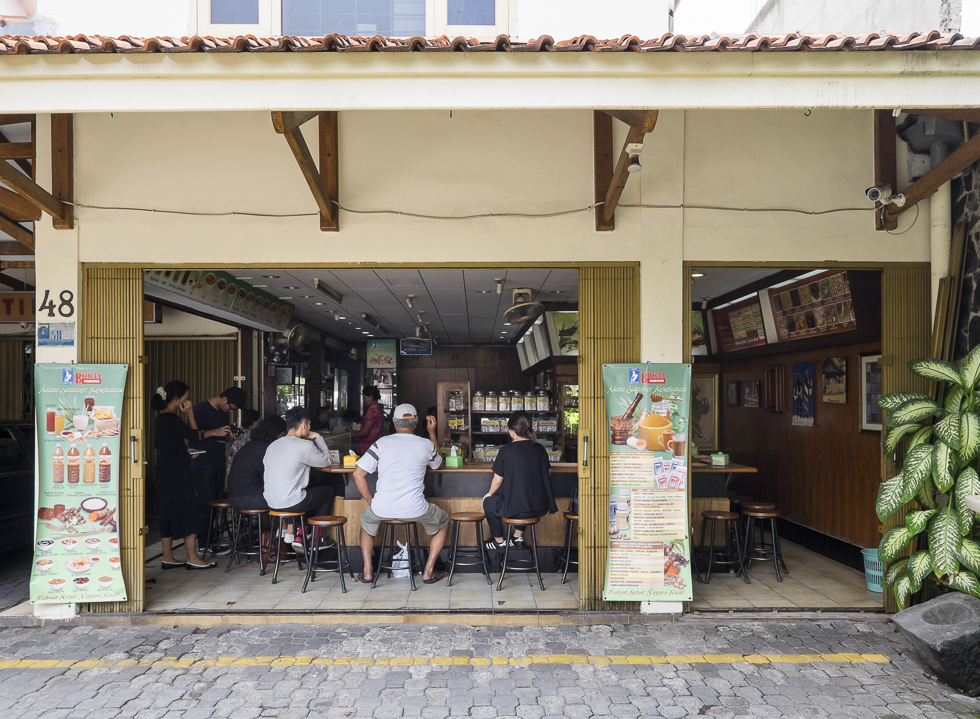 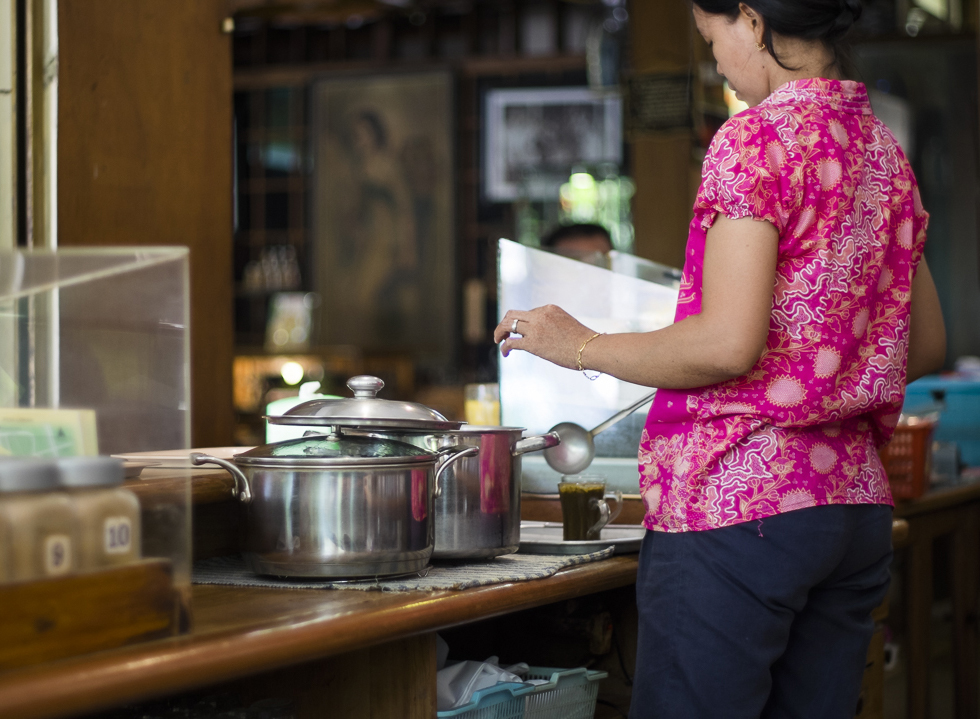 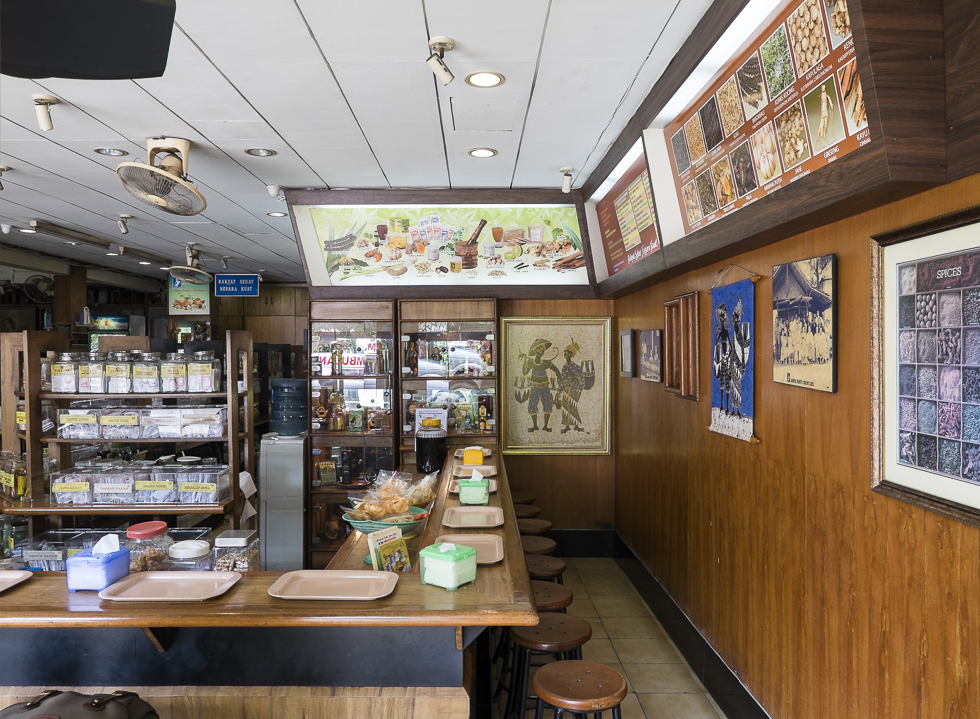 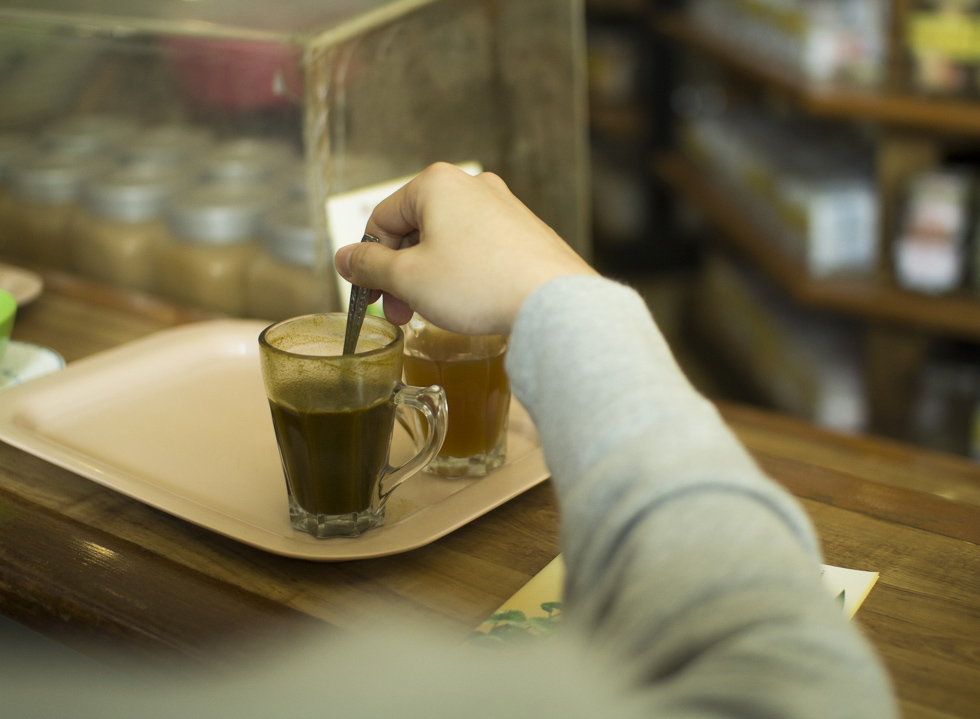 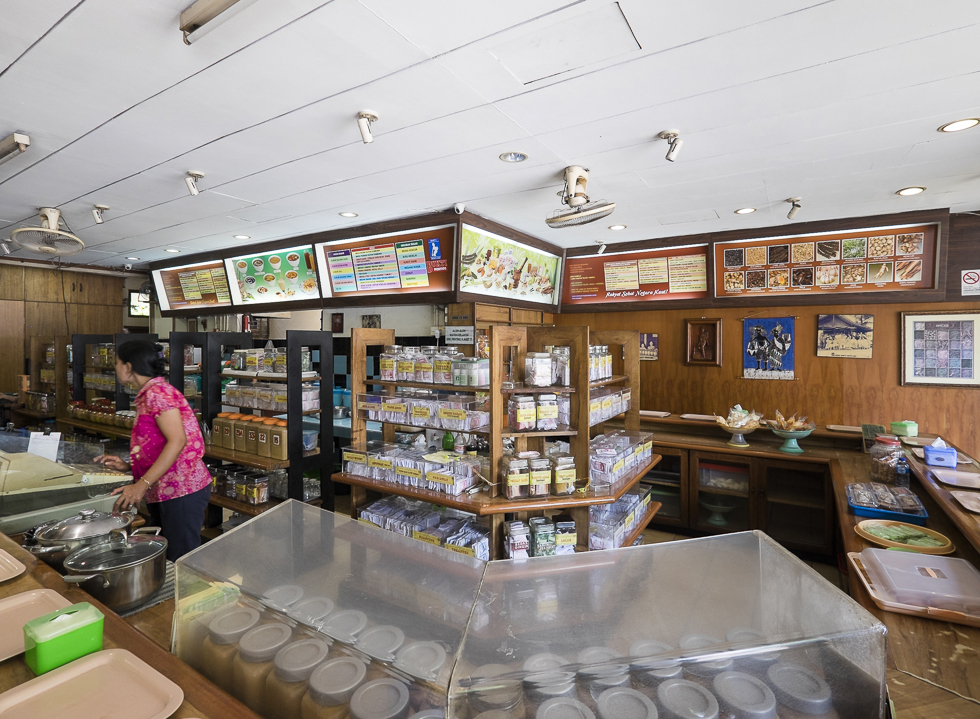 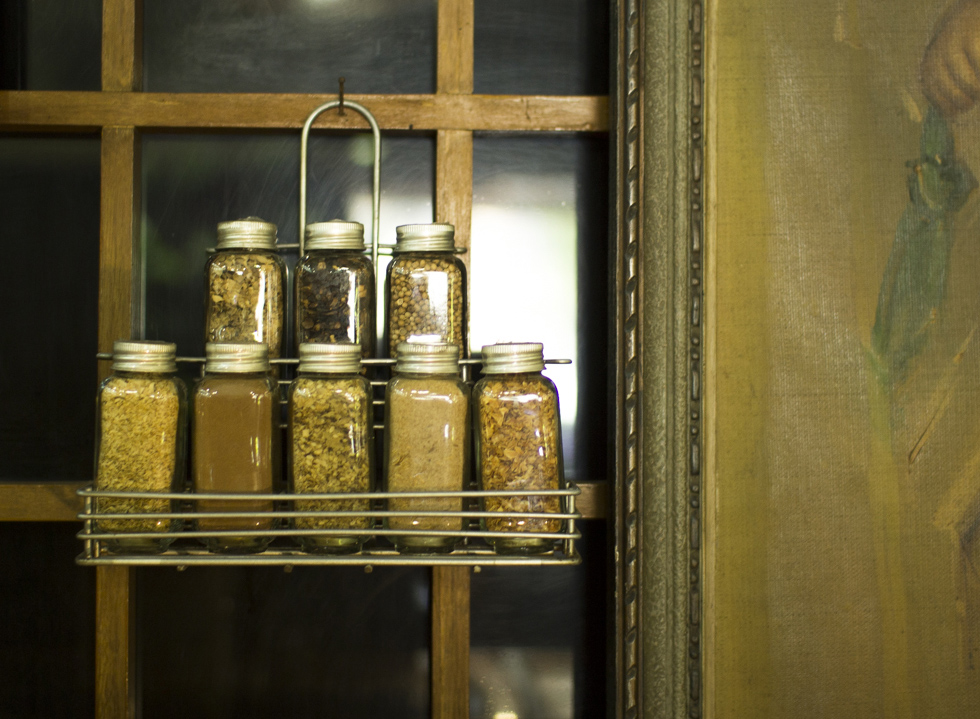 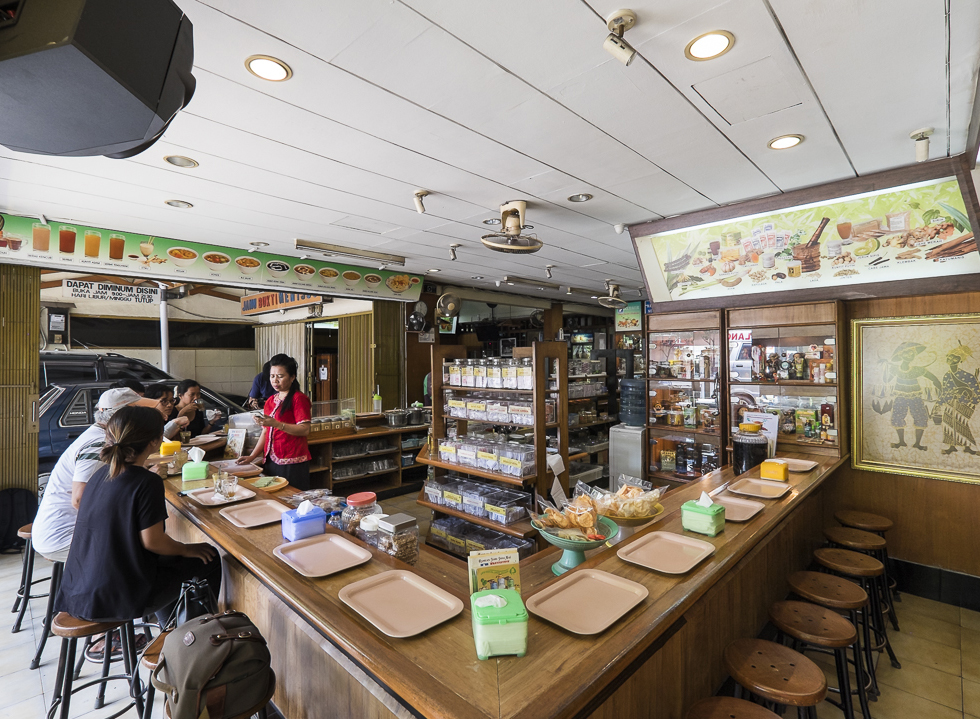 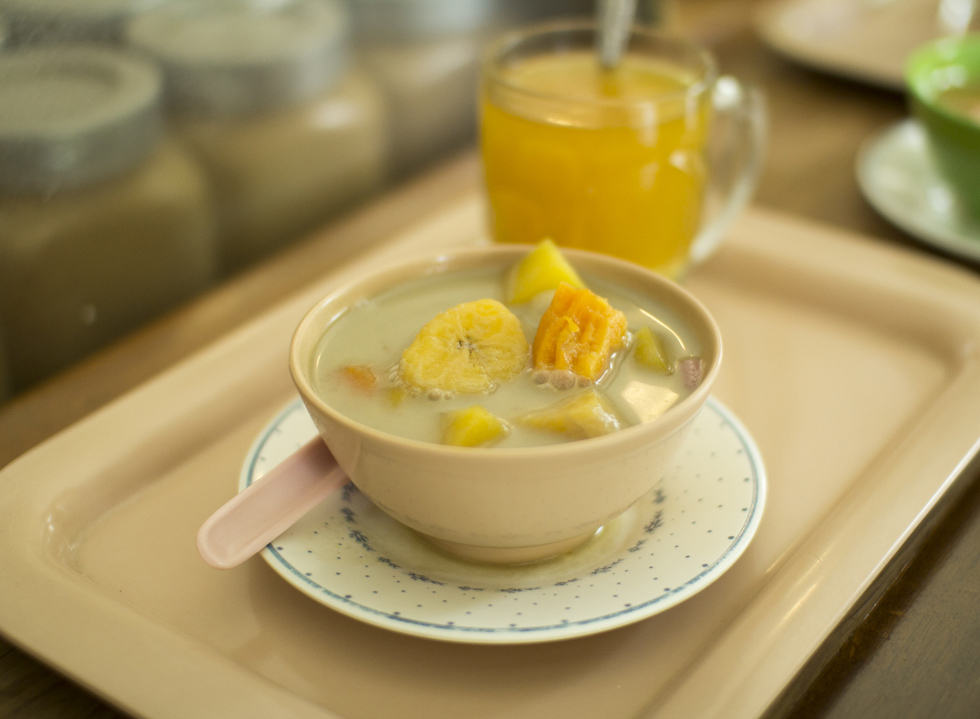 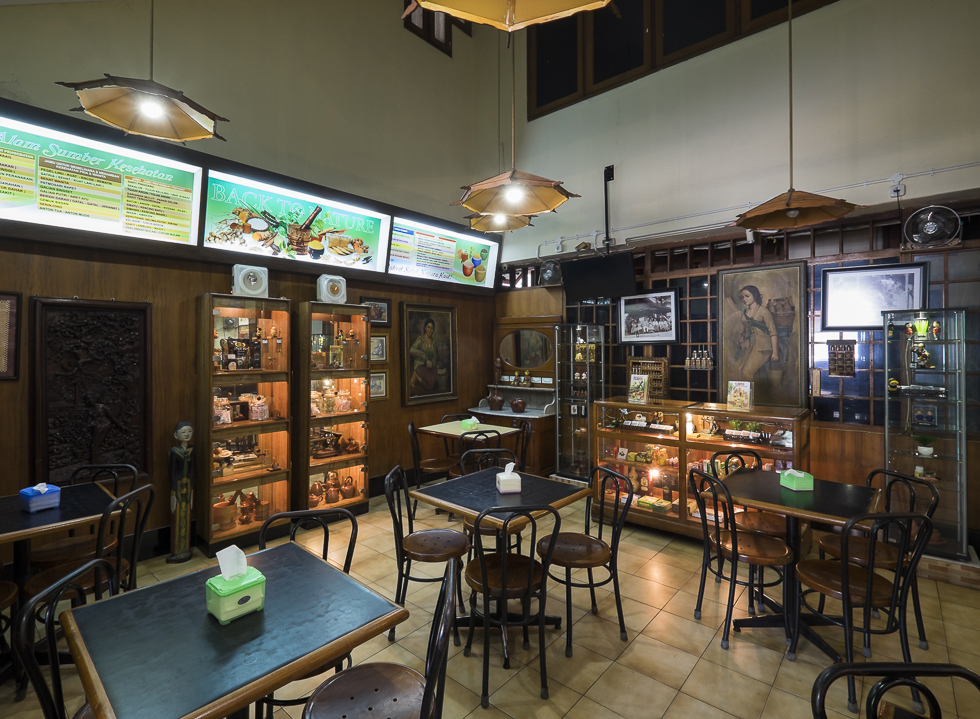 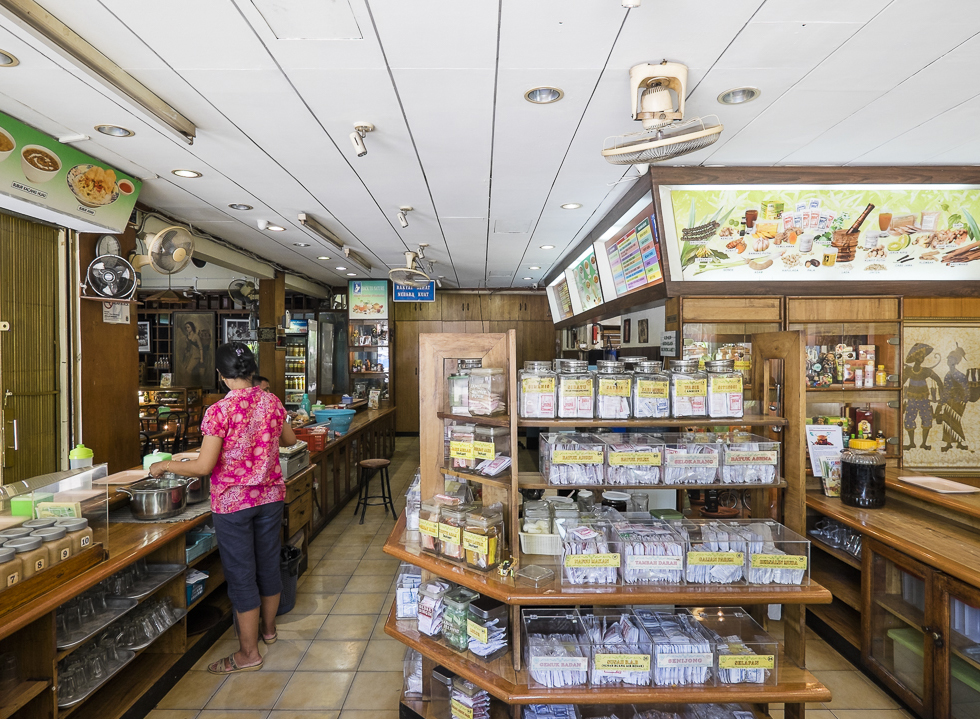 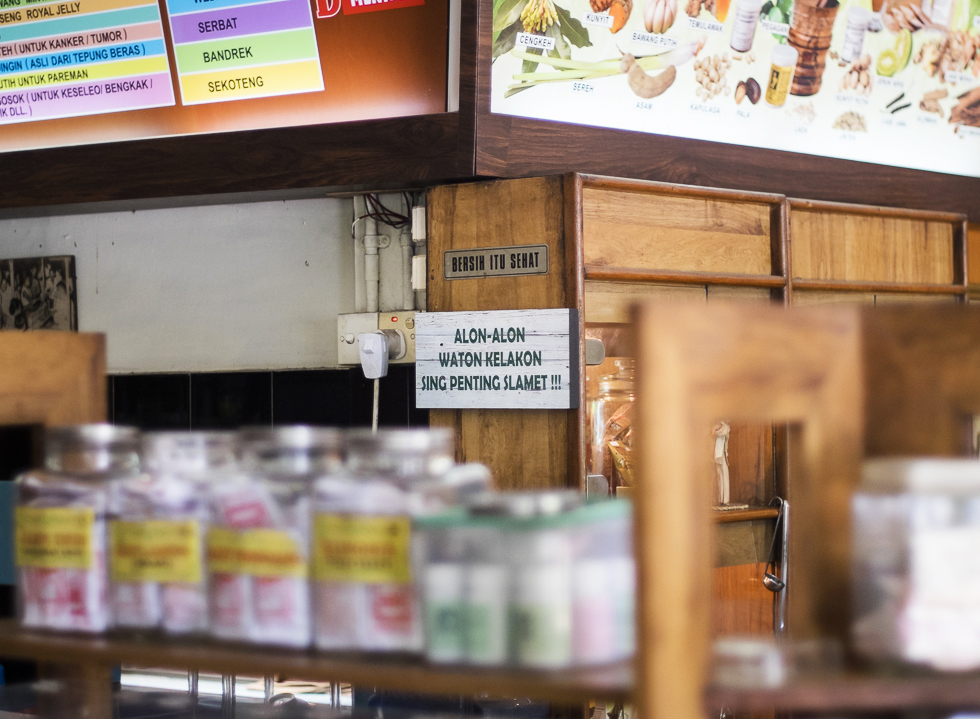 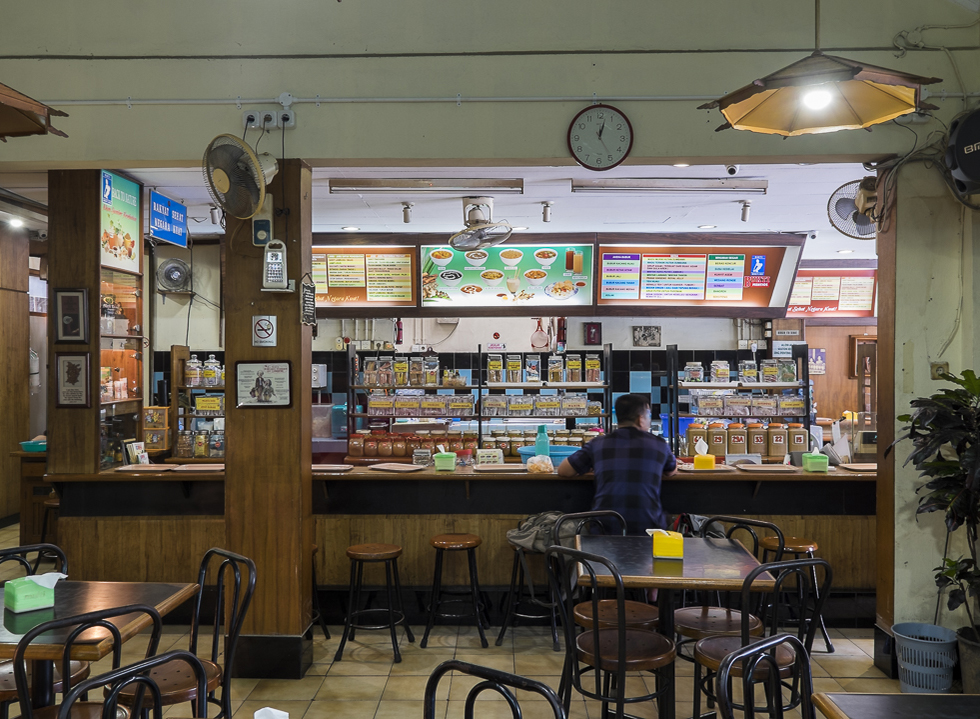 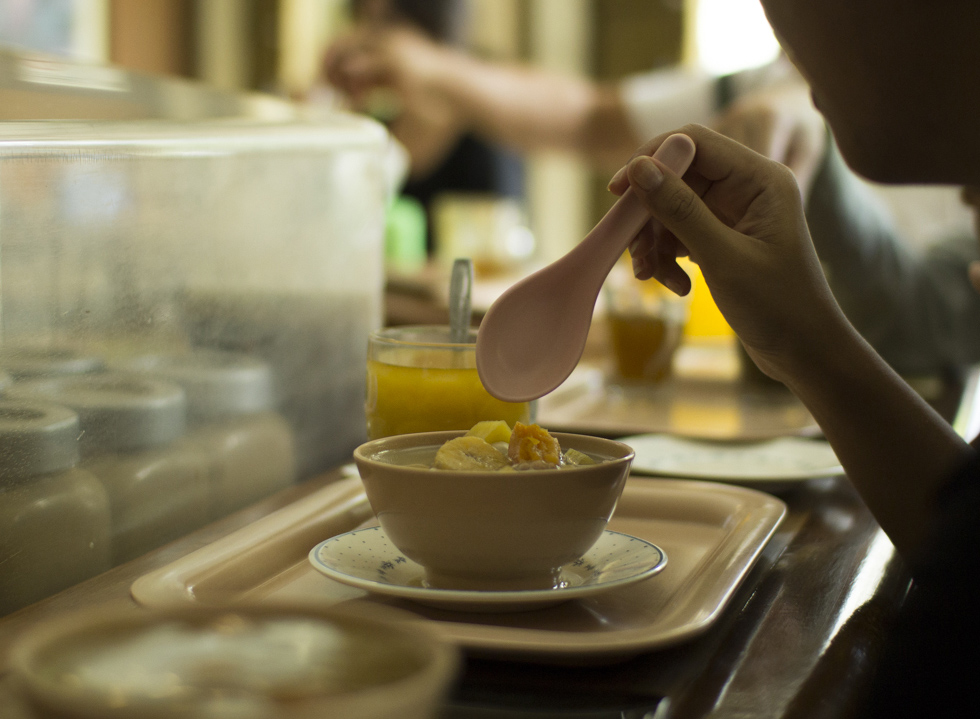 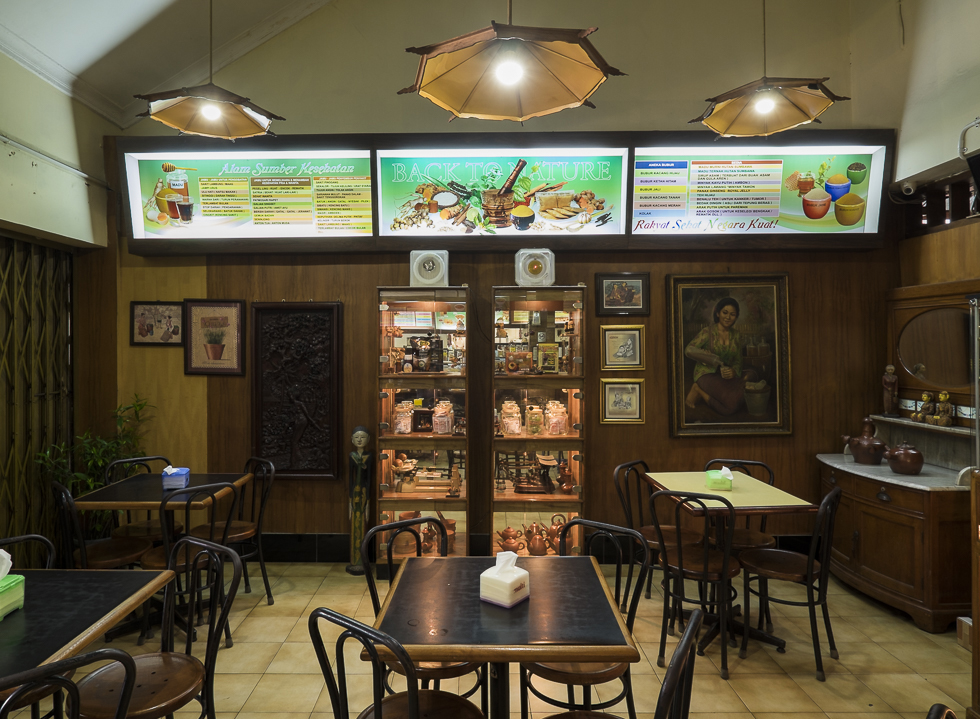 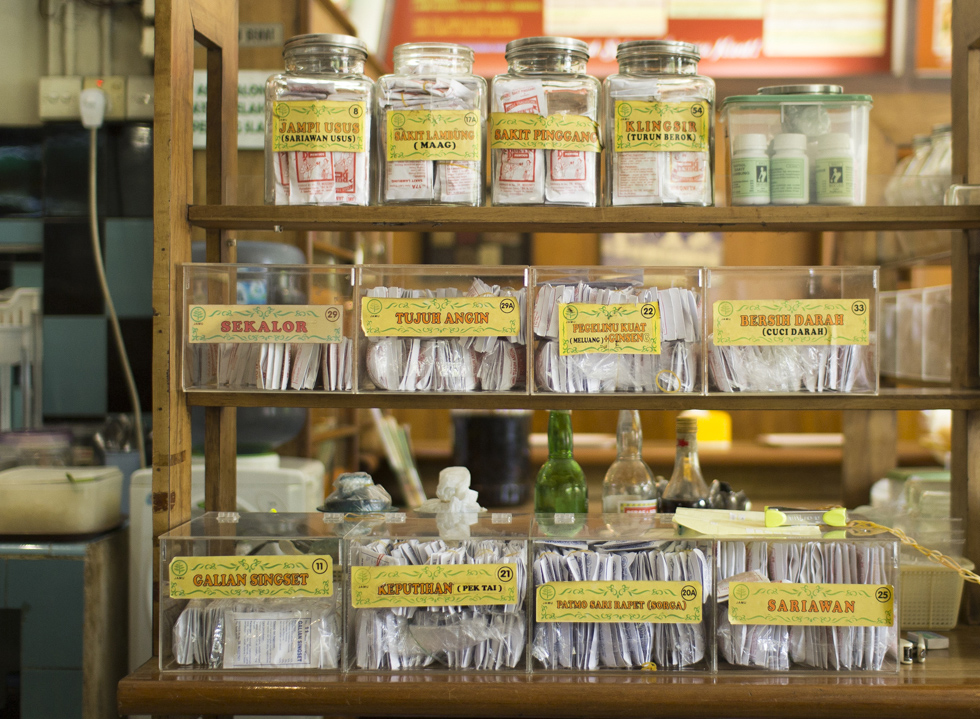 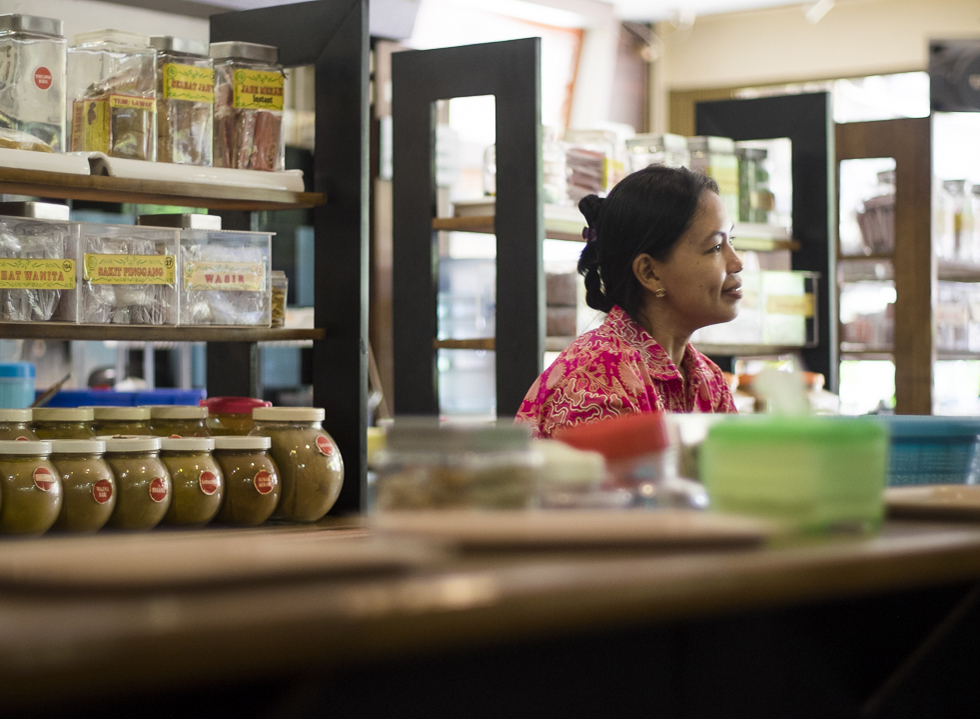 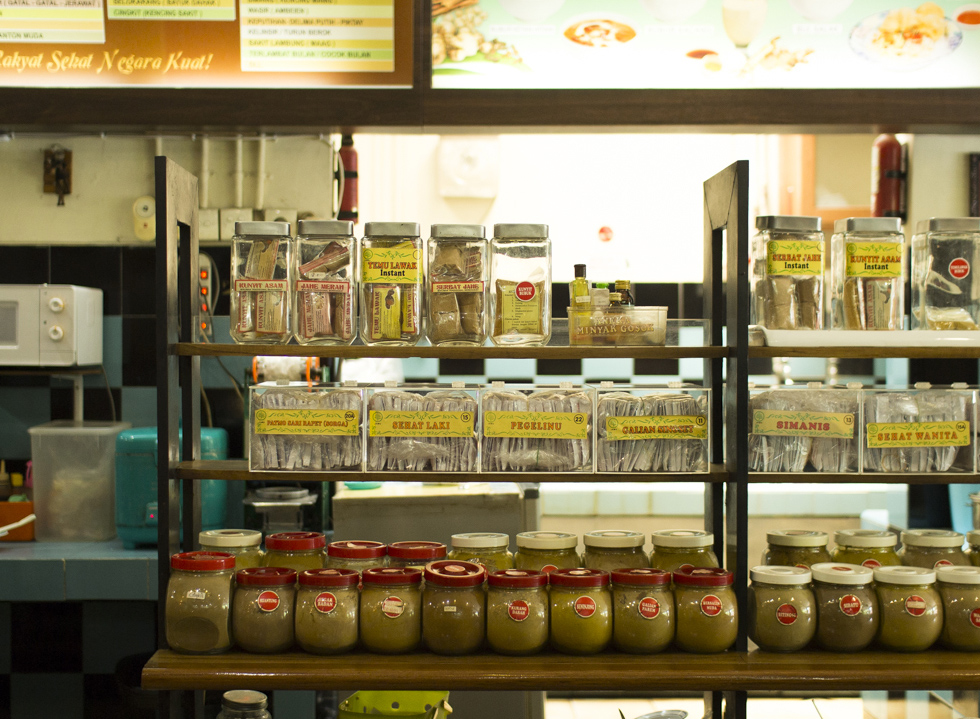 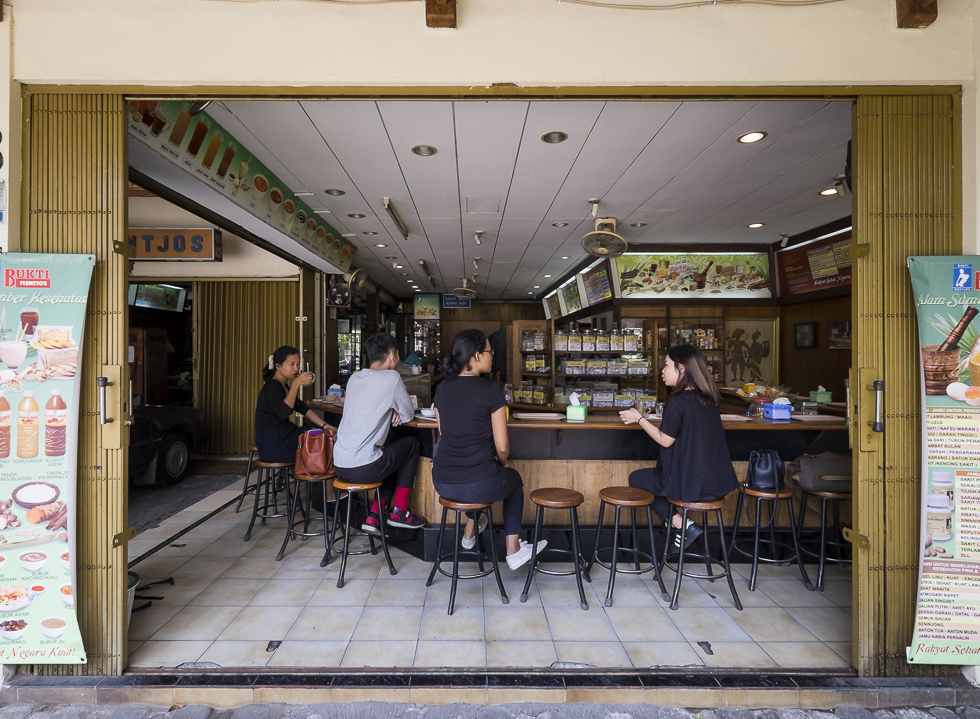 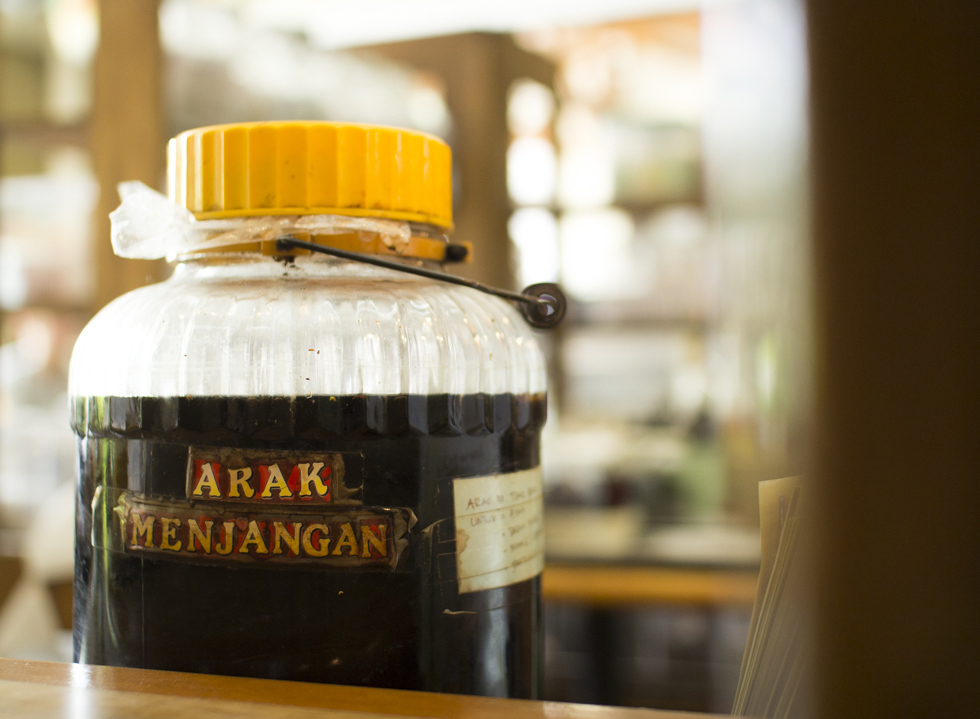 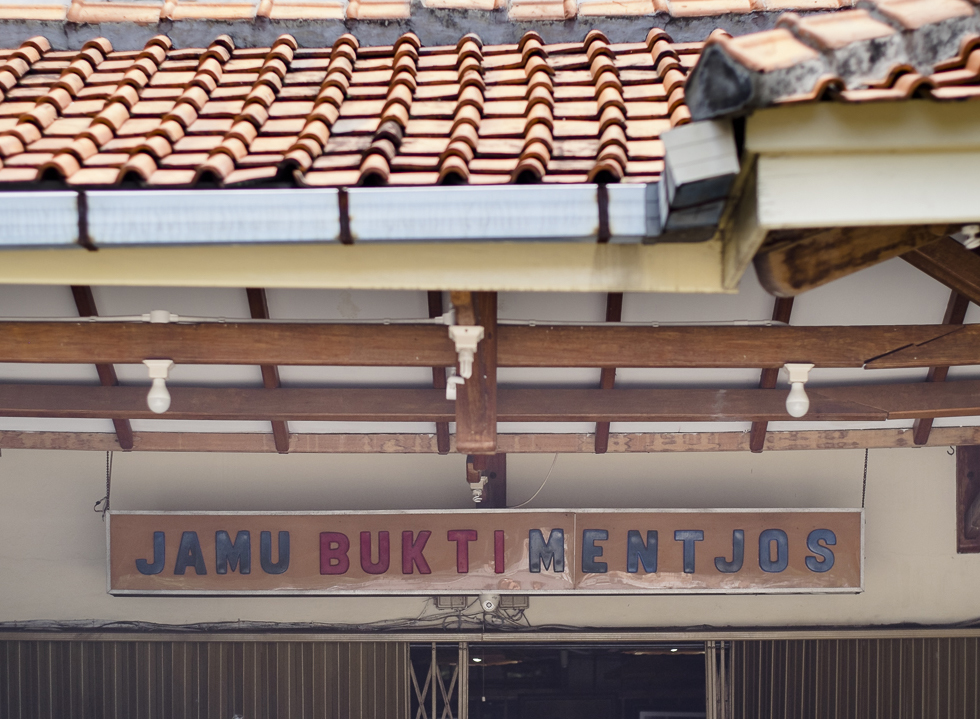 In today’s conversation, it’s almost impossible not to land on the subject of healthy lifestyle. Sadly though, the habits of the said topic mostly revolve within the sphere of popular trends: downing quinoa salad with fruit juice in the morning or digging into a smoothie bowl after workout complete with a post on social media. You get the picture.

If we see the merits in drinking juice and consuming superfood, then surely it’s worth casting our attention to jamu, an alternative and preventive medicine that is as old as the Javanese civilisation itself. Much like the aim of modern healthy lifestyle, the essence of jamu focuses on protecting and maintaining one’s health to prevent diseases.

Bukti Mentjos, a modest warung that specialises in jamu is not bothered about giving itself a makeover just to attract the younger demographic. After all, loyal customers have been dropping by over the years because of jamu itself and there’s no need for fancy interior to justify their visits.

The range of jamu here is extensive (there are over 50) to say the least, and they are ordered based on your own personal needs. Just scan over their menu board and you’ll find a wide-ranging jamu to address specific illnesses. Some are so straightforward, like jamu to promote the well-being of one’s reproductive organ, it’s hard not to flush. Here, jamu is also sold in packets should you desire to consume them regularly over a long period.

But the draw of Bukti Mentjos, apart from its jamu, lies in the perks of observing the loyal customers, especially over at the spacious bar-like counter. For instance, housewives dropping by to grab bottled traditional drinks to go, such as kunyit asem and beras kencur. Or another, after placing an order on a traditional snack (bubur kacang ijo, bubur ketan hitam and the likes), middle-aged man casually enquires about jamu for his cough before one of the attendants swiftly dispensing a few packets of jamu from one of the many jars, instructing him to take them after meal, and if desired, only to be mixed with pure honey.

It is this kind of experience that round off a visit to Bukti Mentjos, where one is not there just for the jamu alone, but also for the atmosphere it affords.