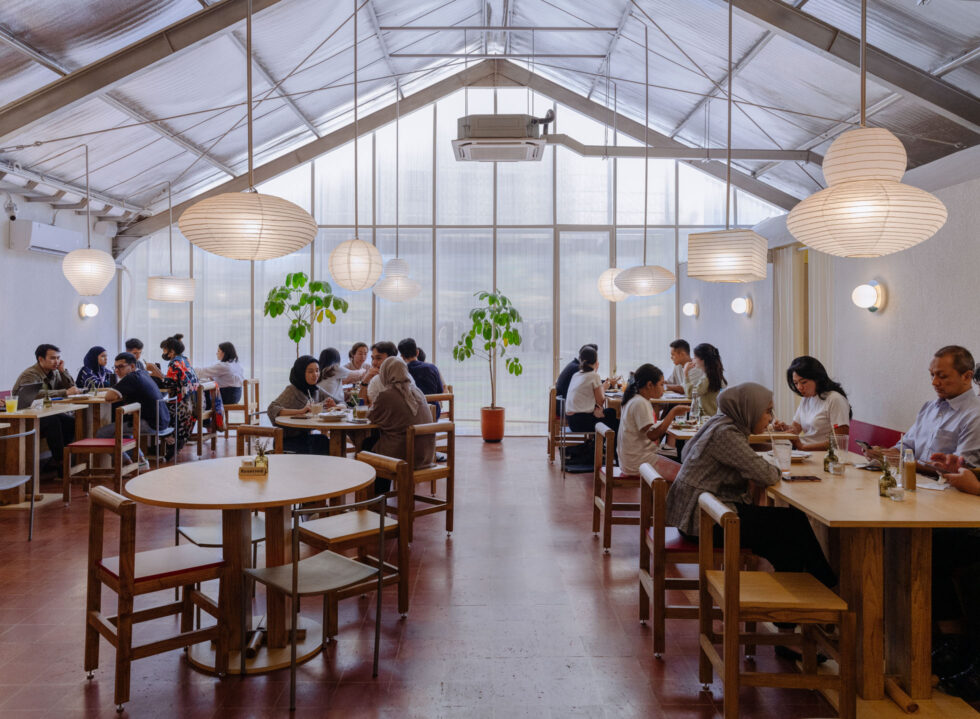 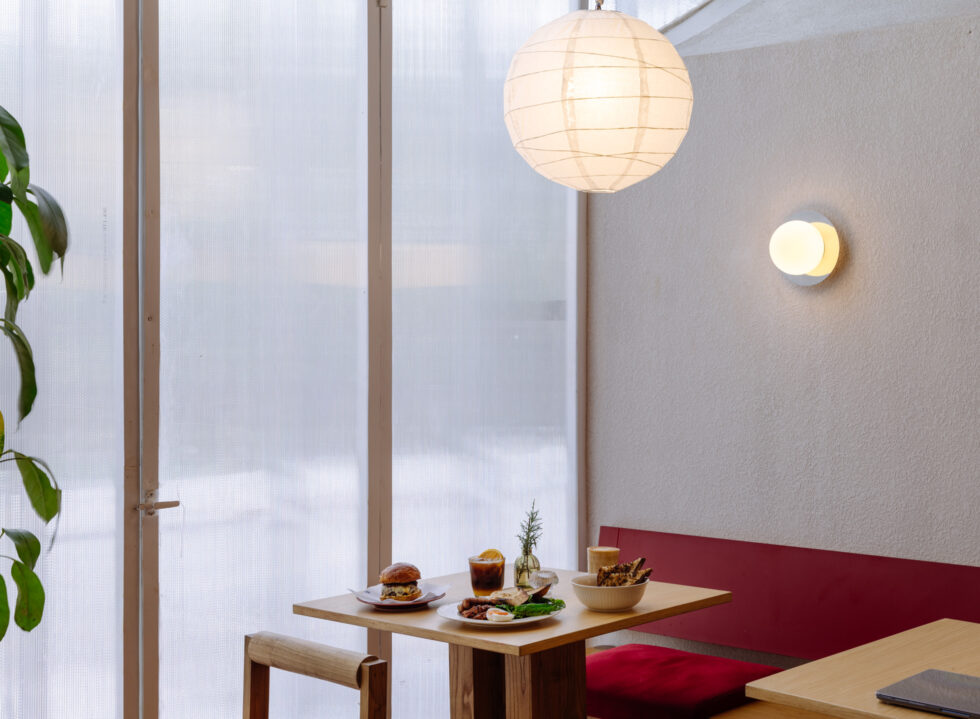 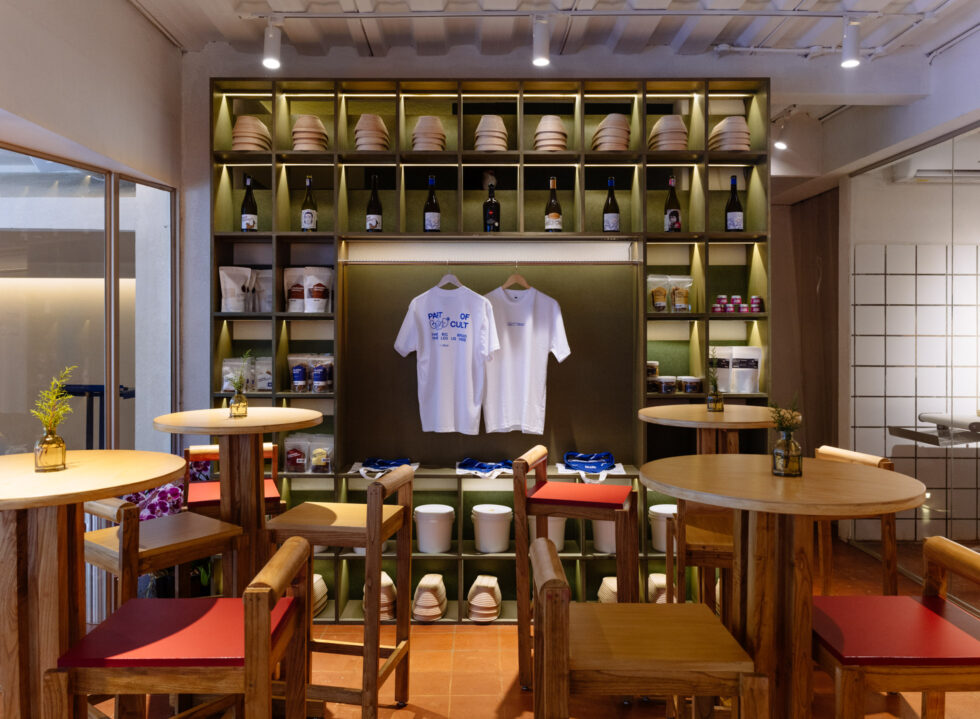 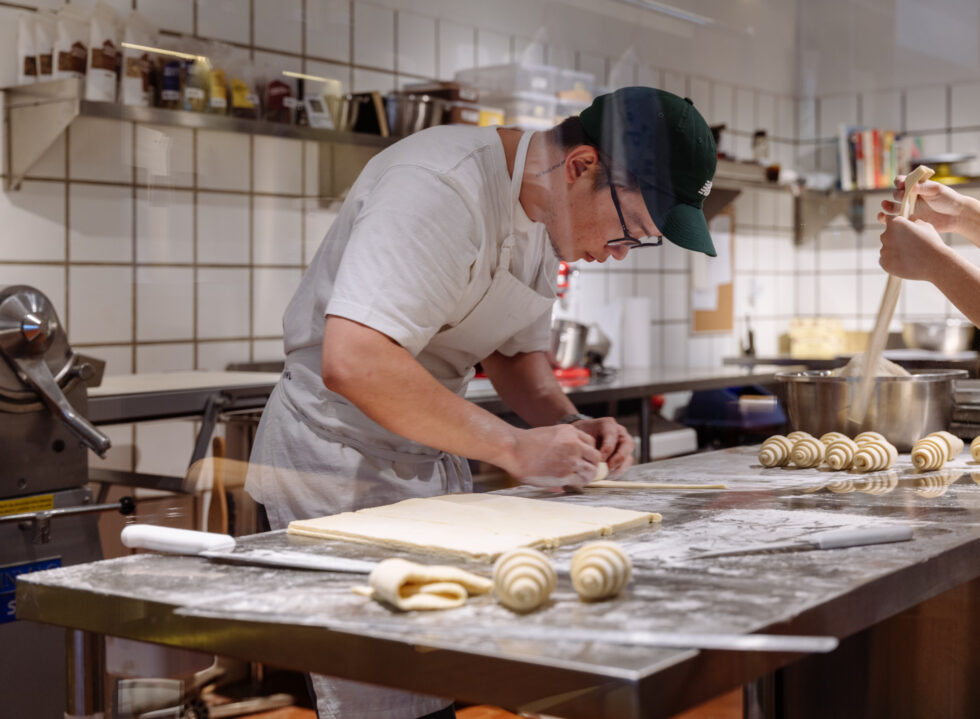 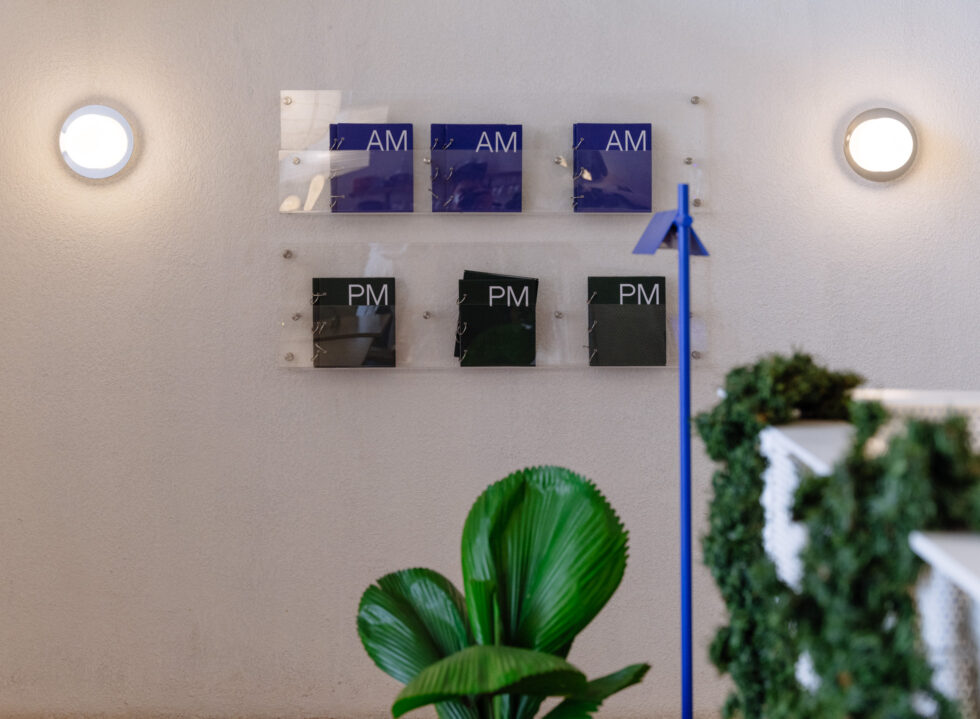 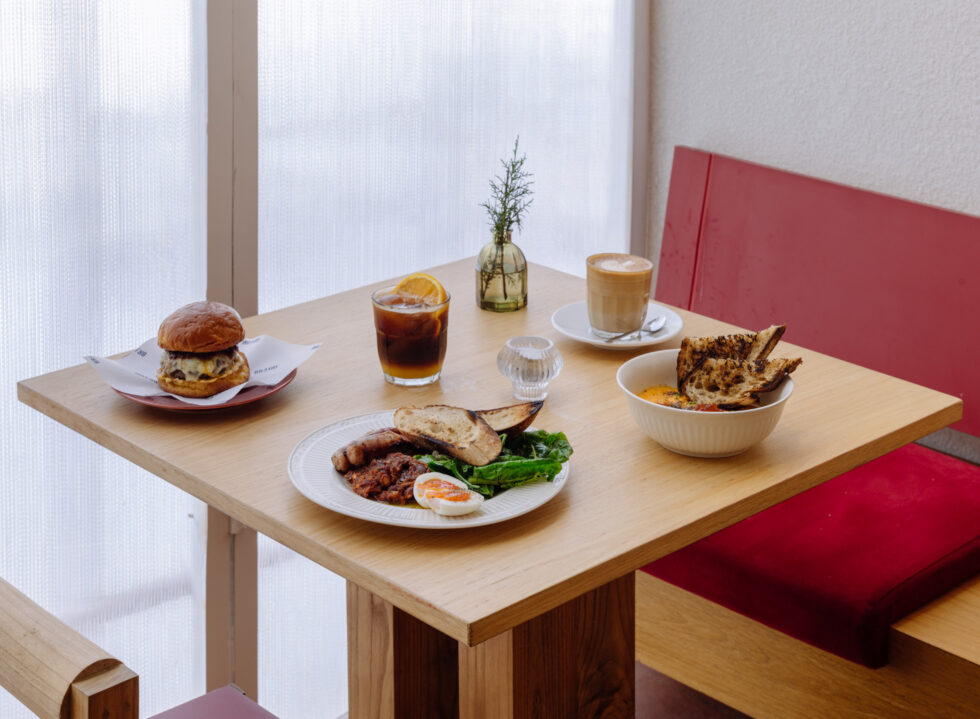 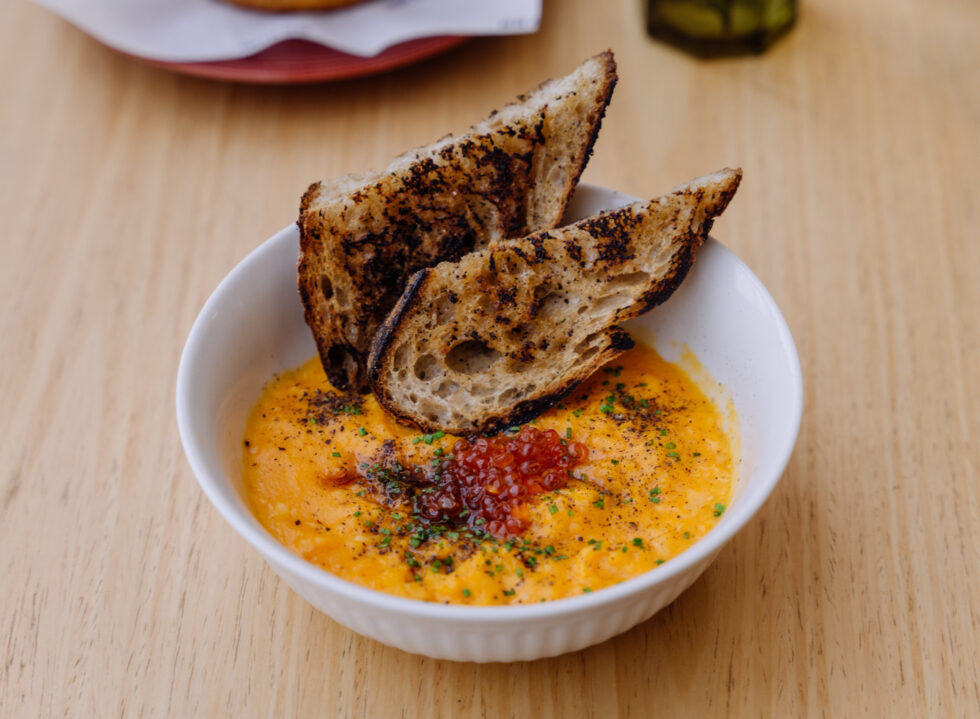 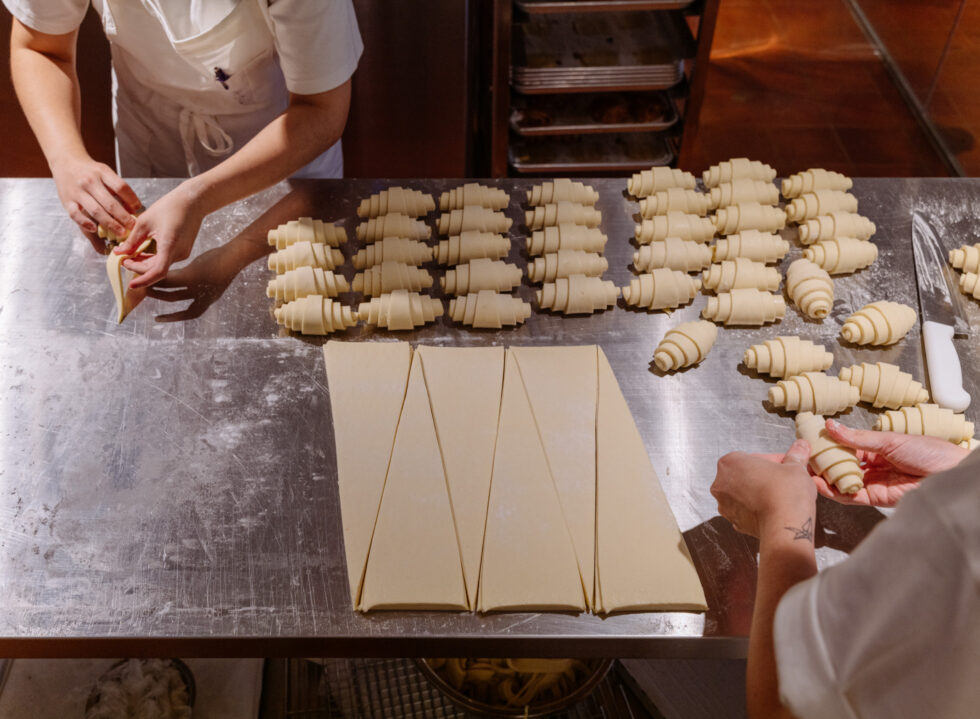 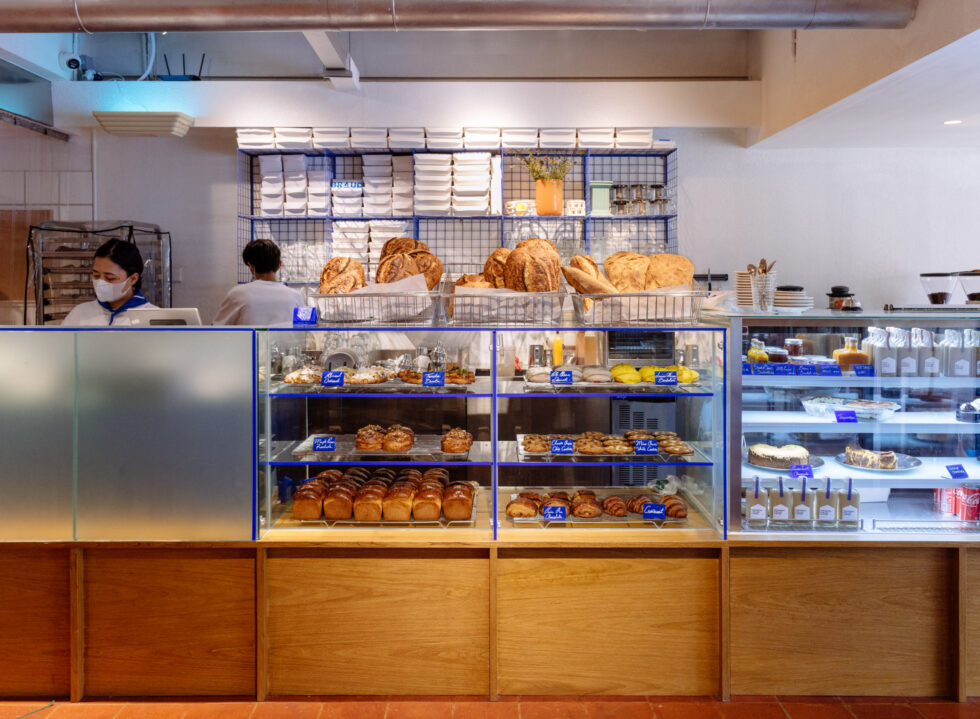 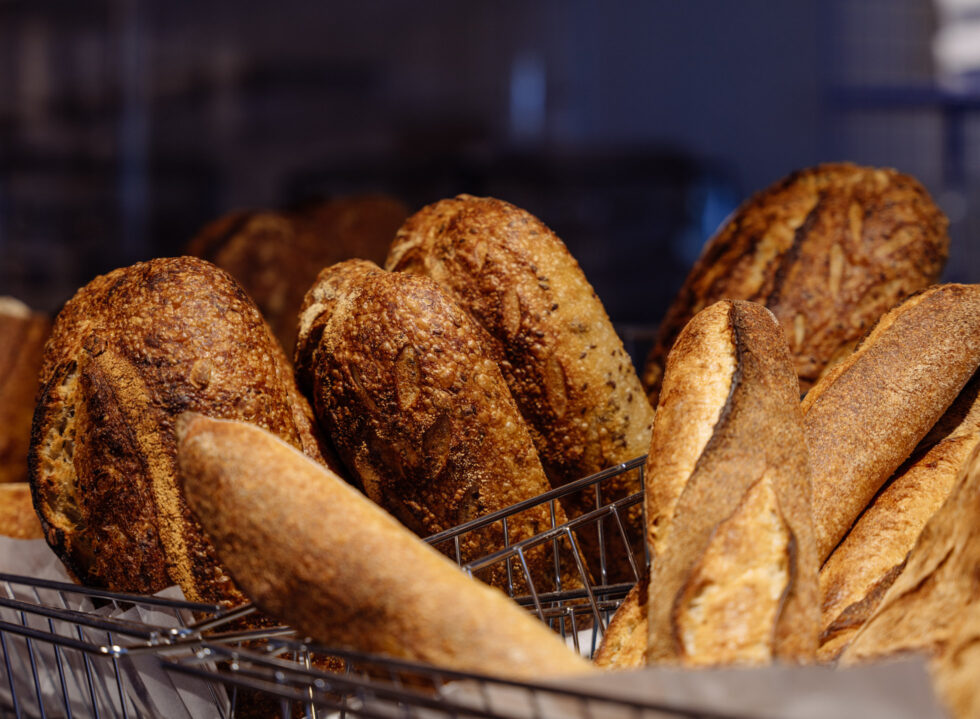 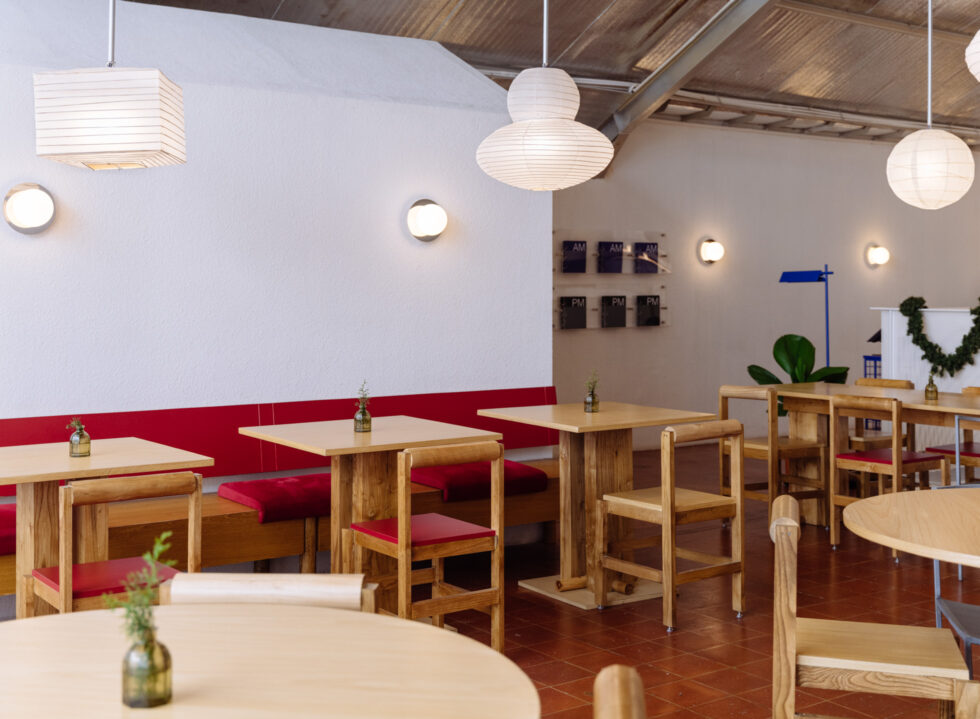 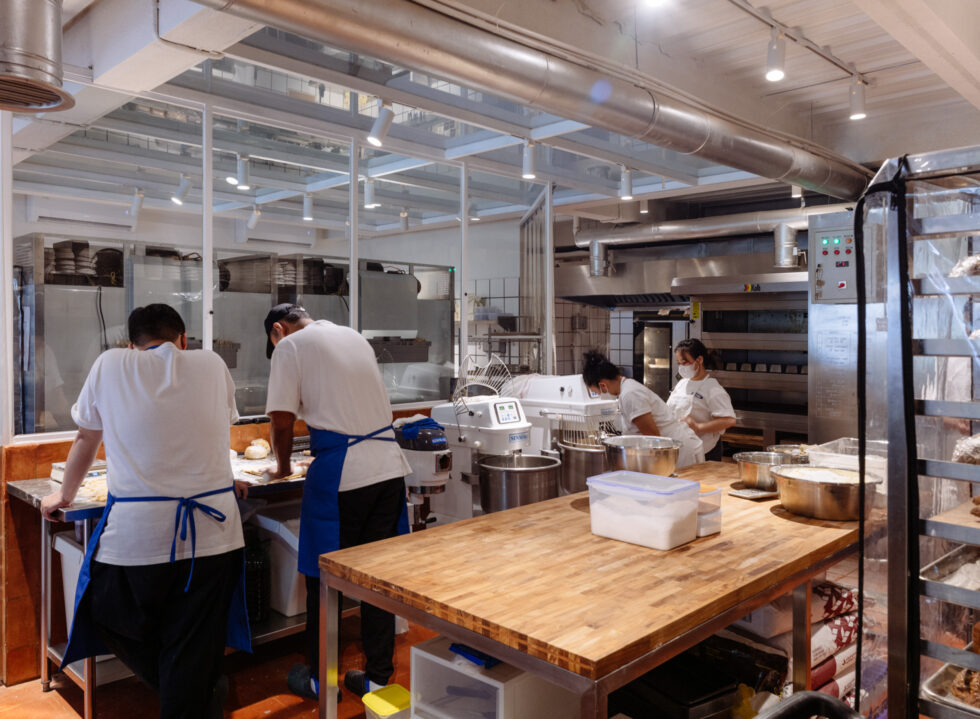 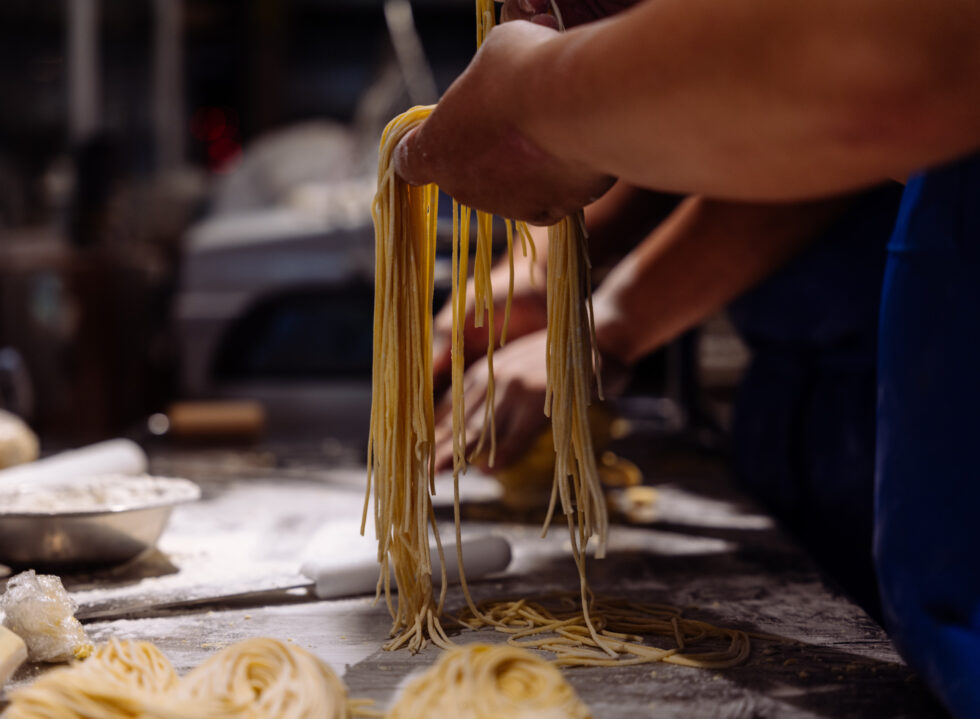 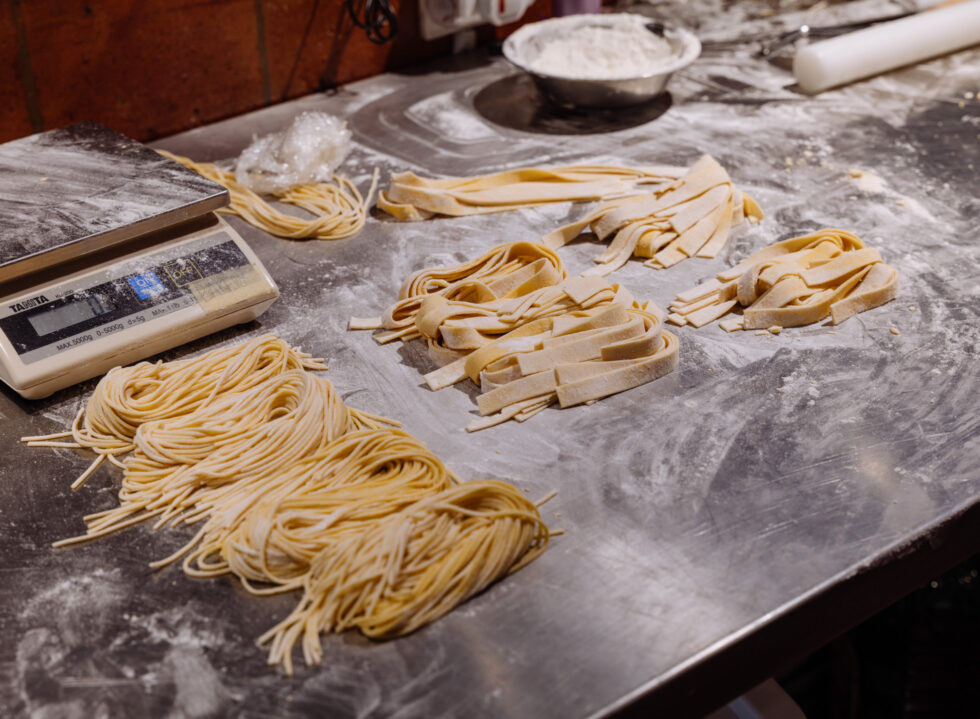 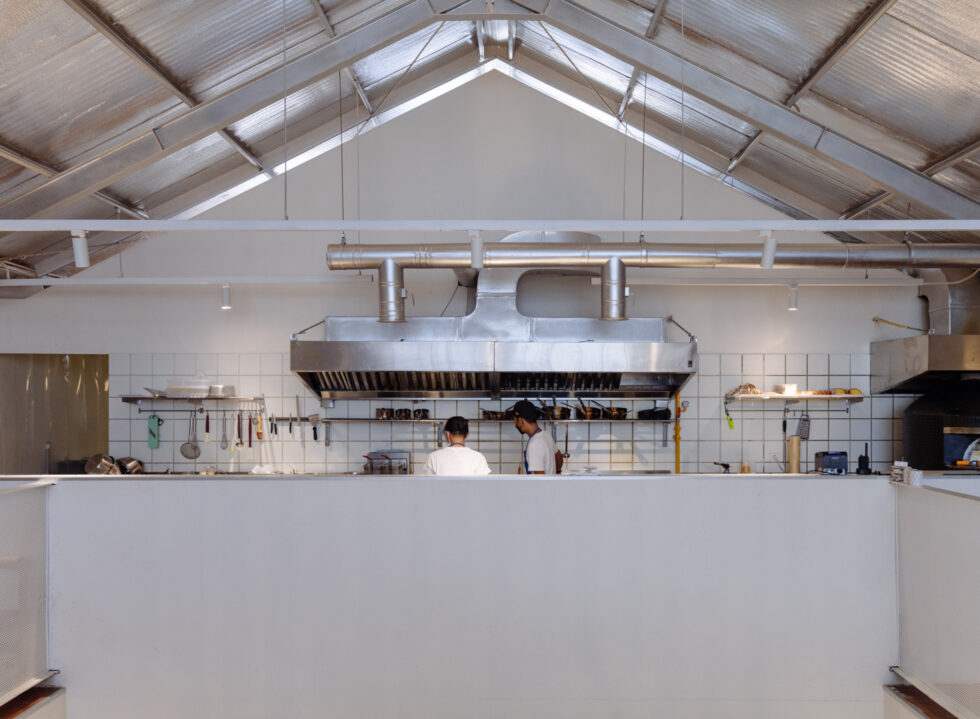 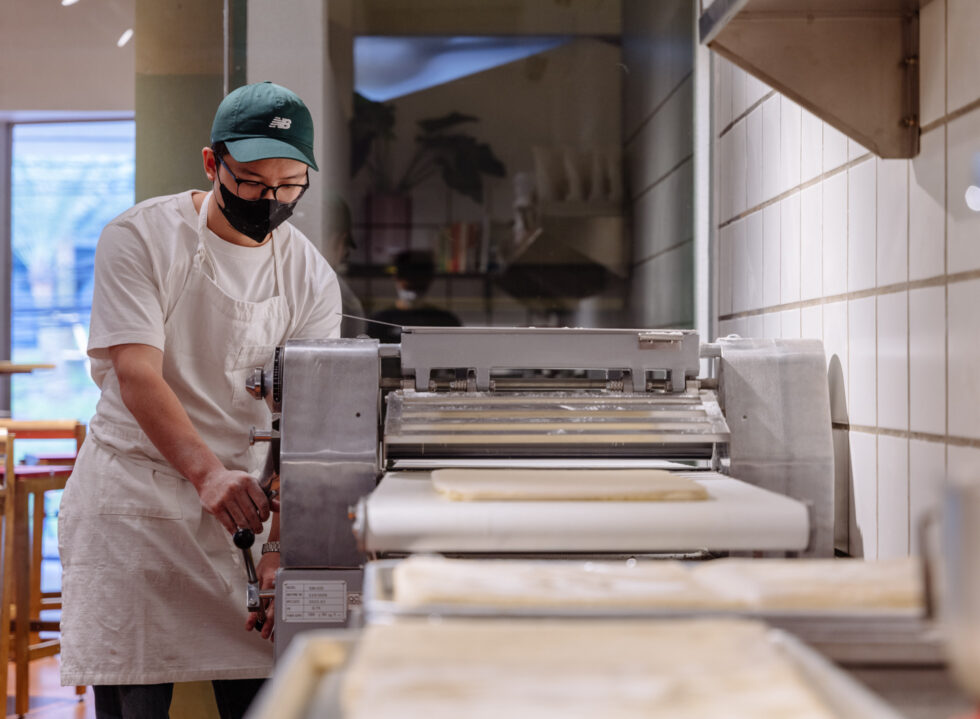 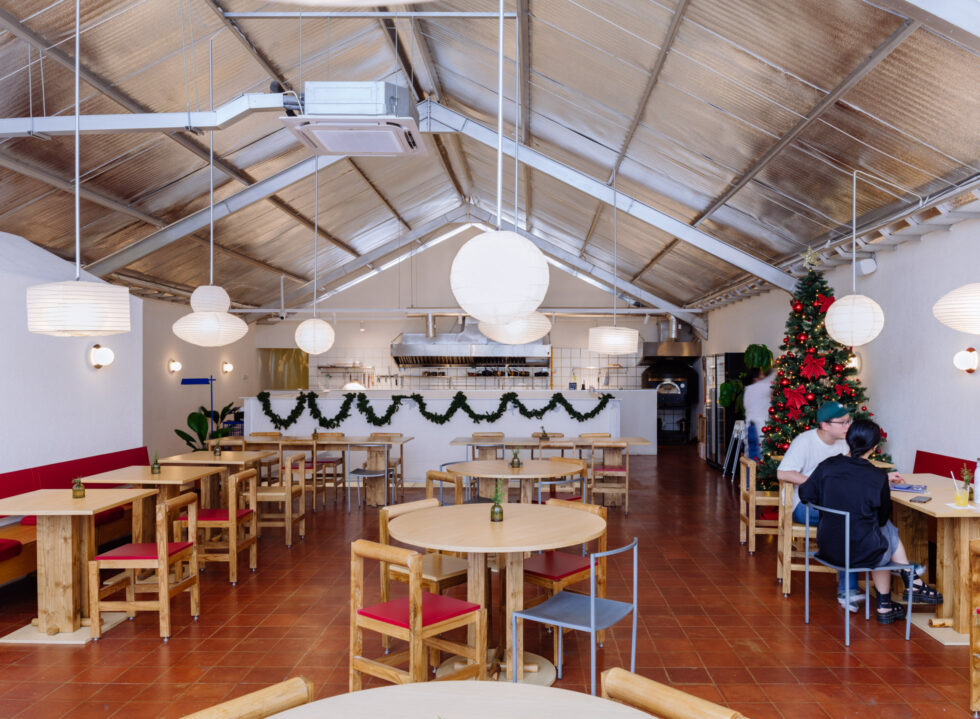 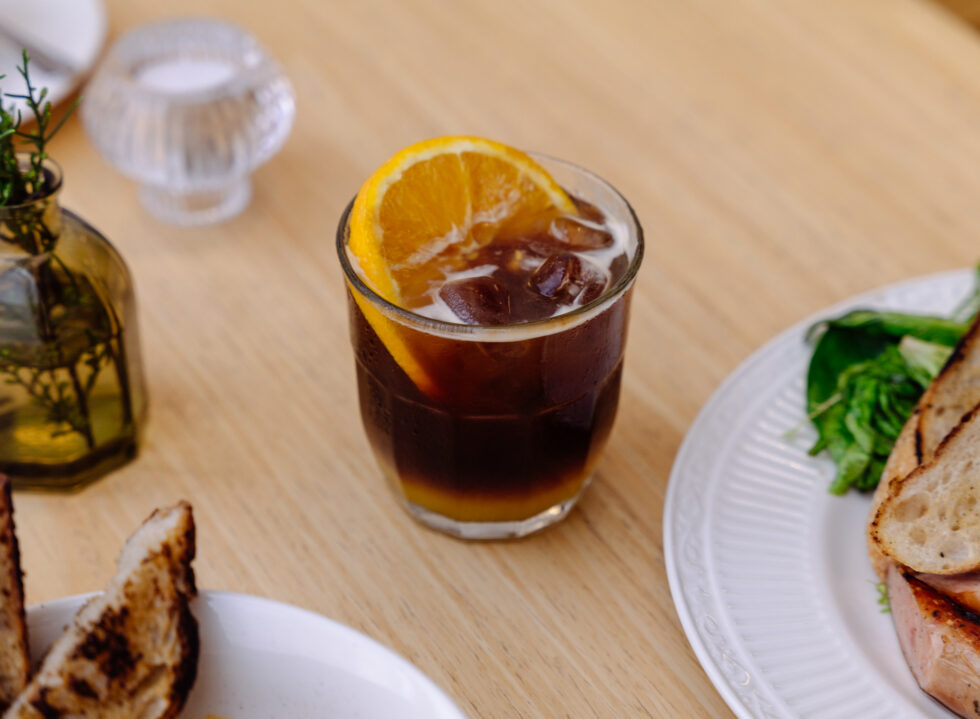 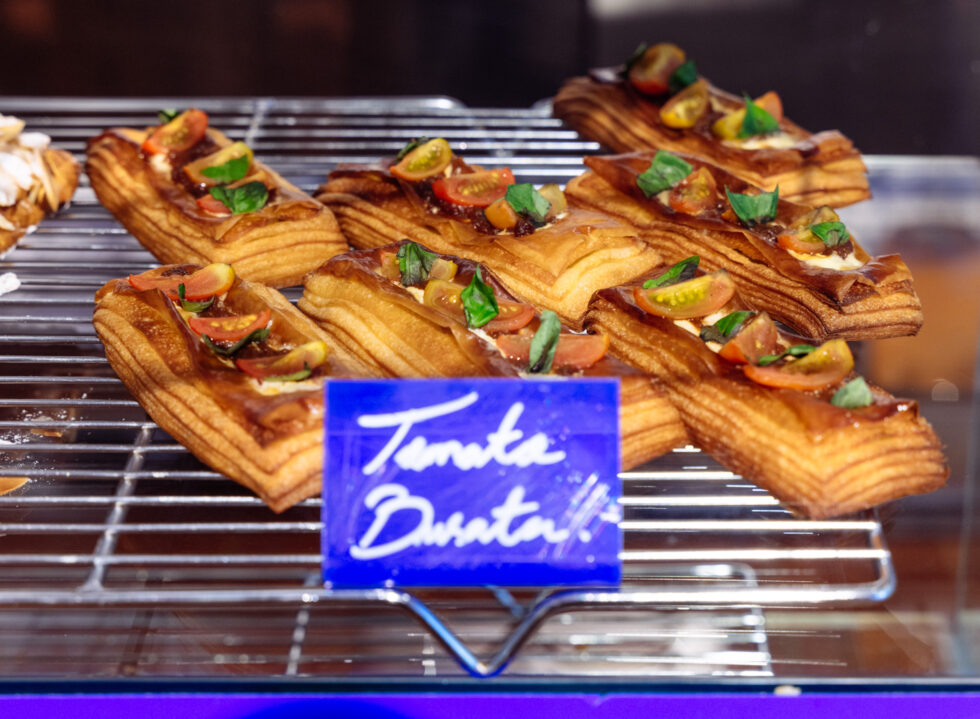 BRAUD Artisan Bakery from Bali, which started as a wholesale micro-bakery in 2014, had their first taste of the city’s scene and crowd when they held a collaboration pop-up with Suasanakopi back in 2021. The turnout, coupled with a huge enthusiasm for their signature sourdough and other pastry goods, was a welcomed surprise for founder and head baker Yoel Wijaya.

Now setting up base in Senopati, just opposite the office and residential complex District 8, Braud opts for something a little different. Unlike their petite café in Kerobokan, Bali, which they opened in the thick of the pandemic, the team decided to set up a bistro and a store for the Jakarta expansion instead, aptly naming it BRAUD General Store.

A line can already be seen upon entering the premise, where orders of the day’s batch from the generously-topped almond croissant to lemon-glazed bomboloni sprinkled with thyme, are being packed to go. Some have it on the spot, pairing it with freshly-brewed coffee or the quirky Orange Coffee Soda, which mixes espresso with Sunkist and tonic water. At the same time, it’d be hard to ignore the presence of bakers and cooks working away in the open kitchen, a reveal of Braud’s day-to-day craftsmanship.

Go to the second level and a naturally-lit dining hall furnished with terracotta tiles and wooden chairs is set to greet diners. Here, dishes are spread between AM and PM, each with a different menu designed for sharing. In the morning, one may go for brunch specialities like the soft and moist Ikura Scrambled Egg that is topped with cured salmon roe and well-toasted sourdough.

Come 4 PM, the menu shifts to a heavier set, from sourdough pizza and fresh pasta to buns like the fulfilling General Store Burger. A foreseeable growing habit would be customers relishing in after-work drinks as they opt for a selection of Braud’s natural wine.

“We don’t want our customers to simply dine and go home. Say, if one wants our house products like our granola, they can pack them to go as well. The idea of us having a general store is for people to dine and take home a piece of us,” said Yoel, whose team has made a range of house items from fresh kimchi and cashew spread to homemade croissant biscoff, now readily available at the store.

Yoel believes in turning customers into friends, a kind of camaraderie that they have built at their Bali café. The goal moving forward is to nurture a similar spirit at BRAUD General Store, where not only can they explore what they want to do as a team, but also ignite a sense of bonding with the city’s creative players and various communities as well.