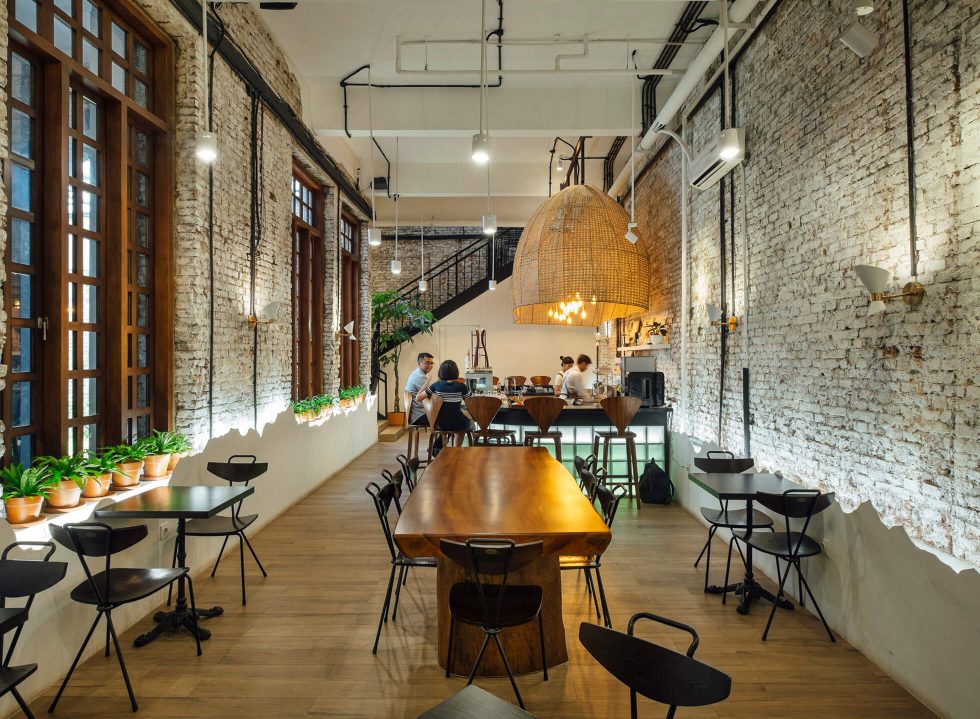 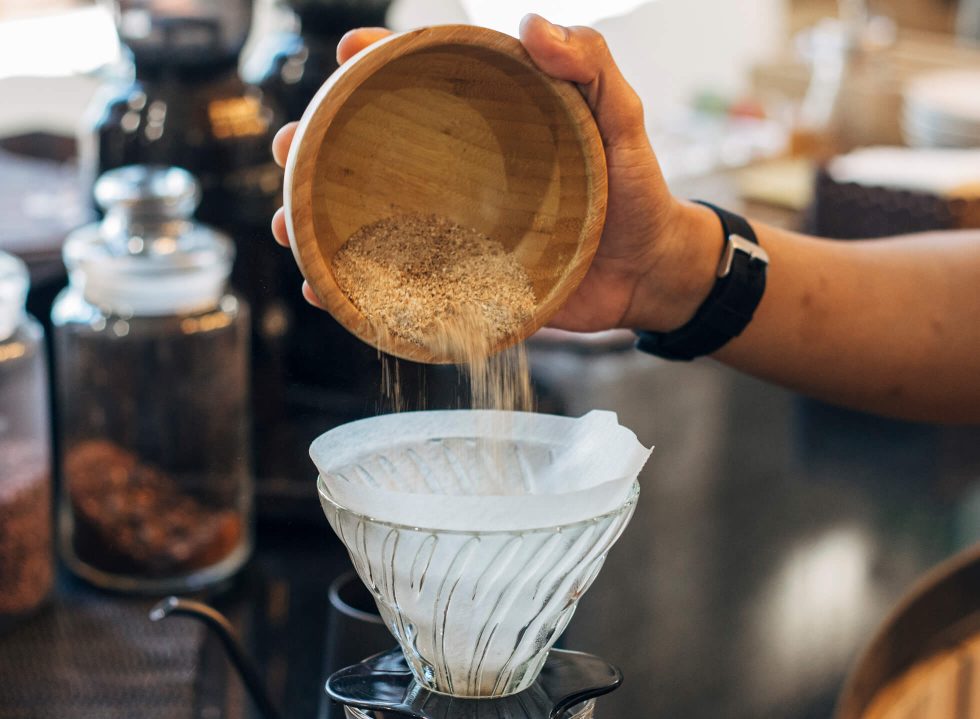 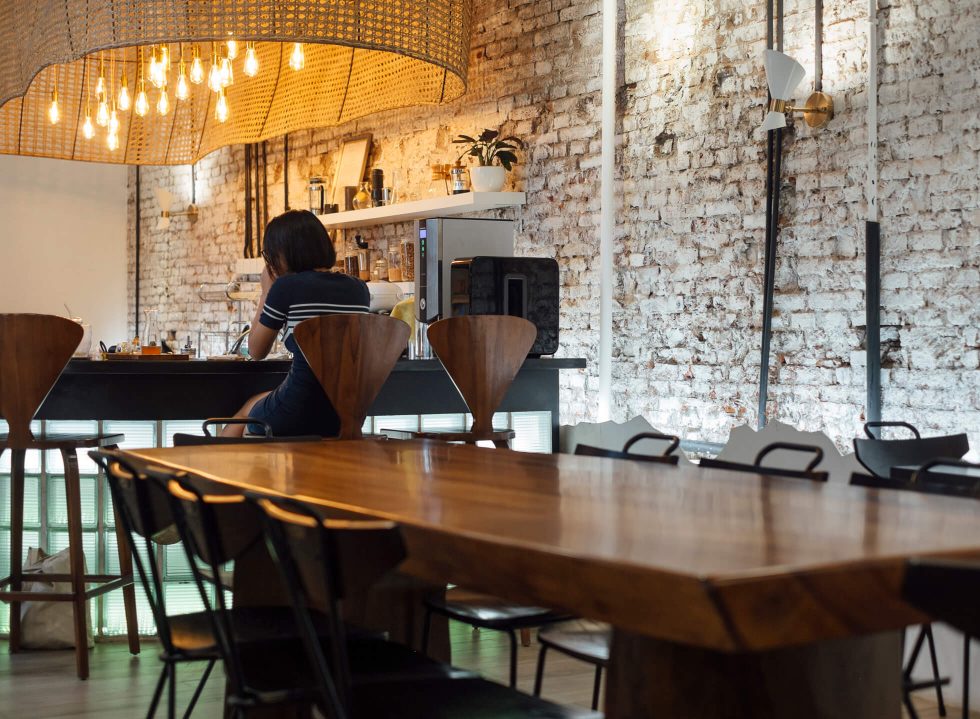 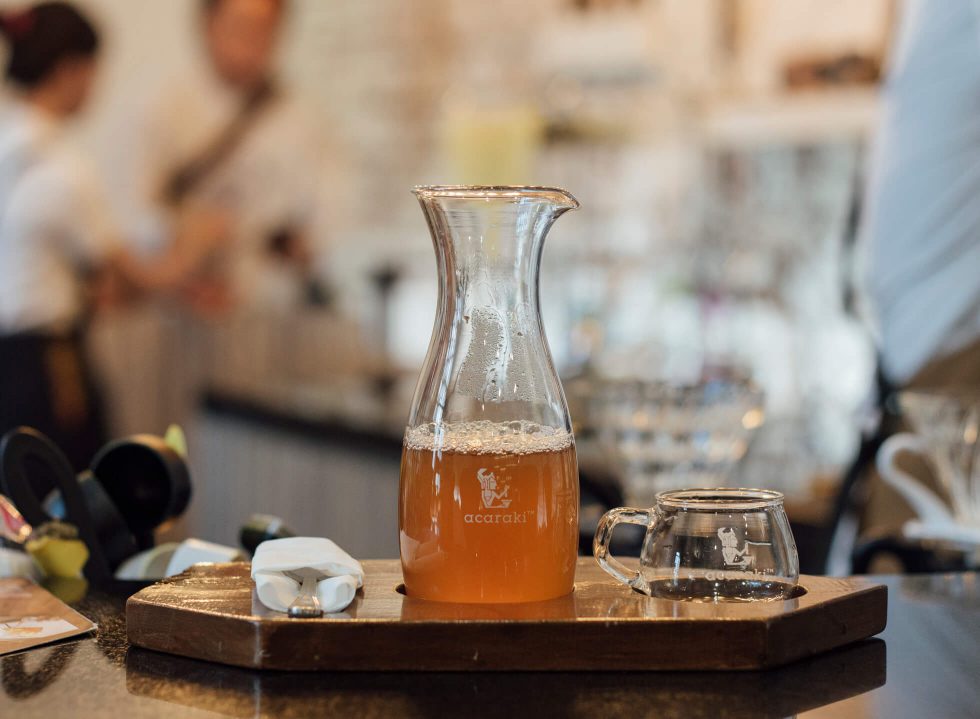 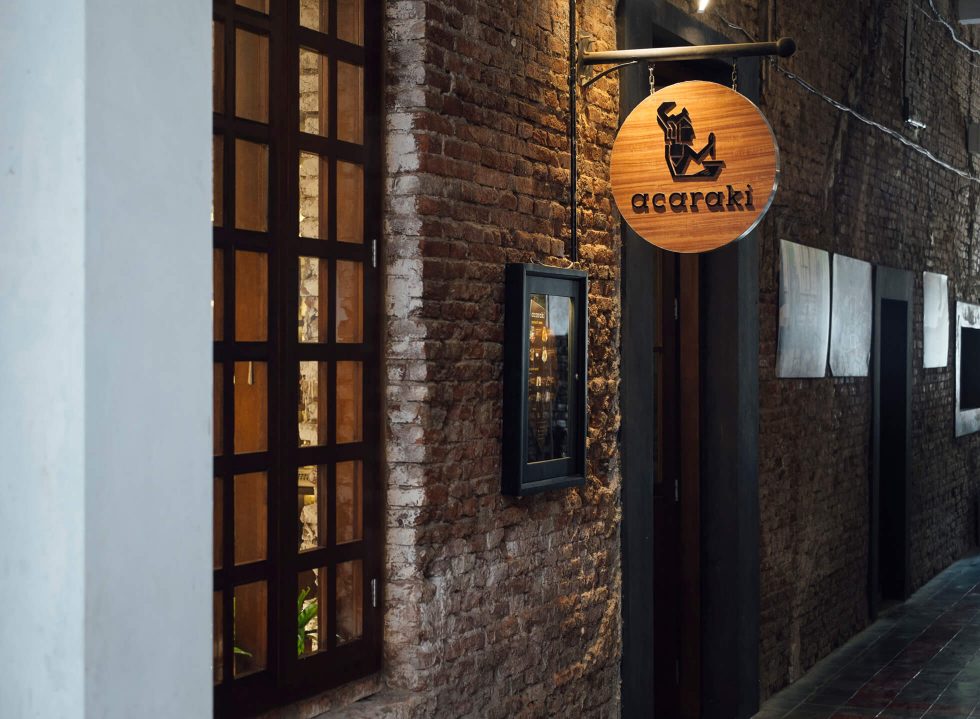 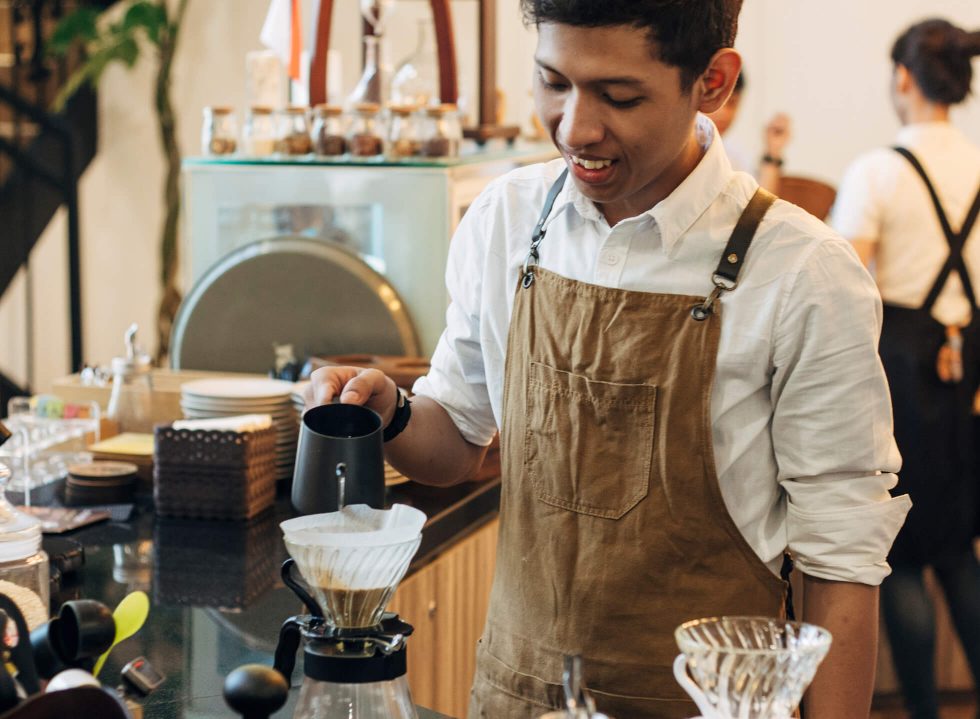 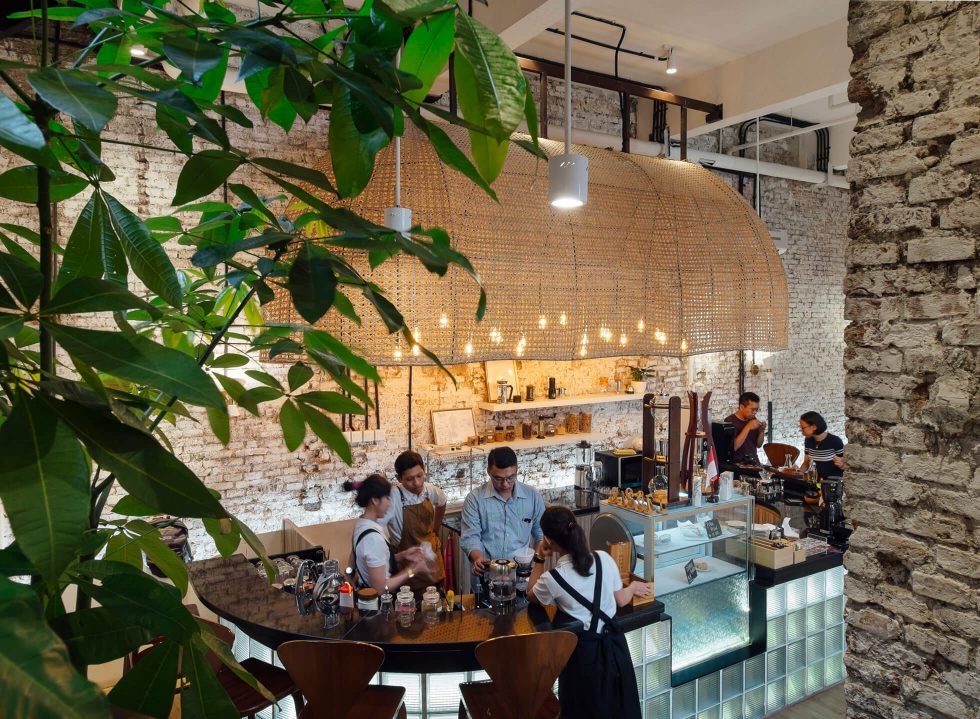 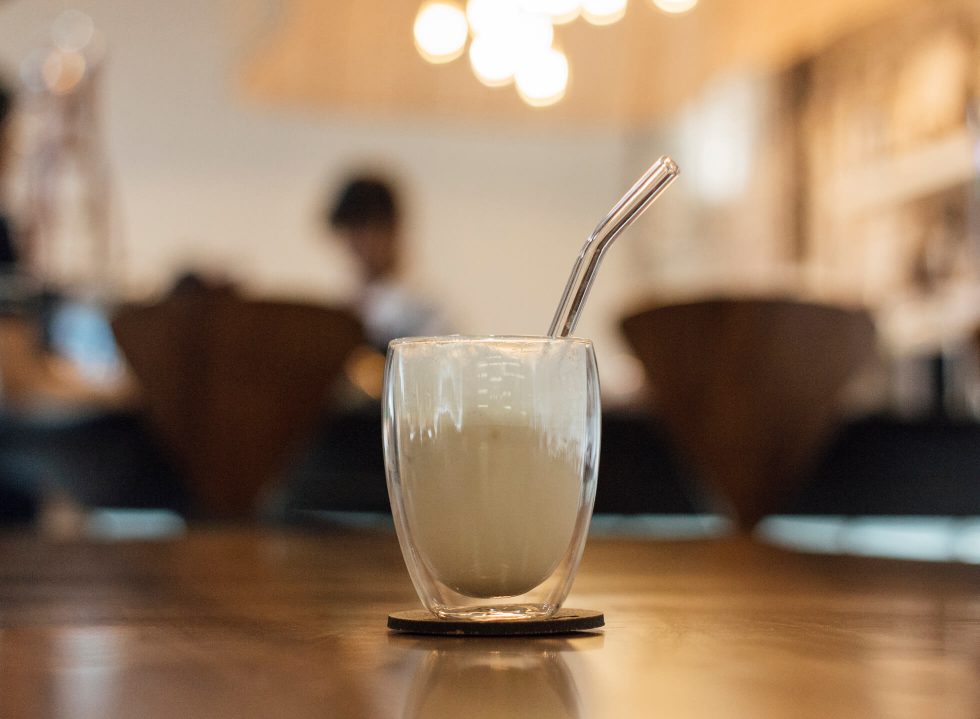 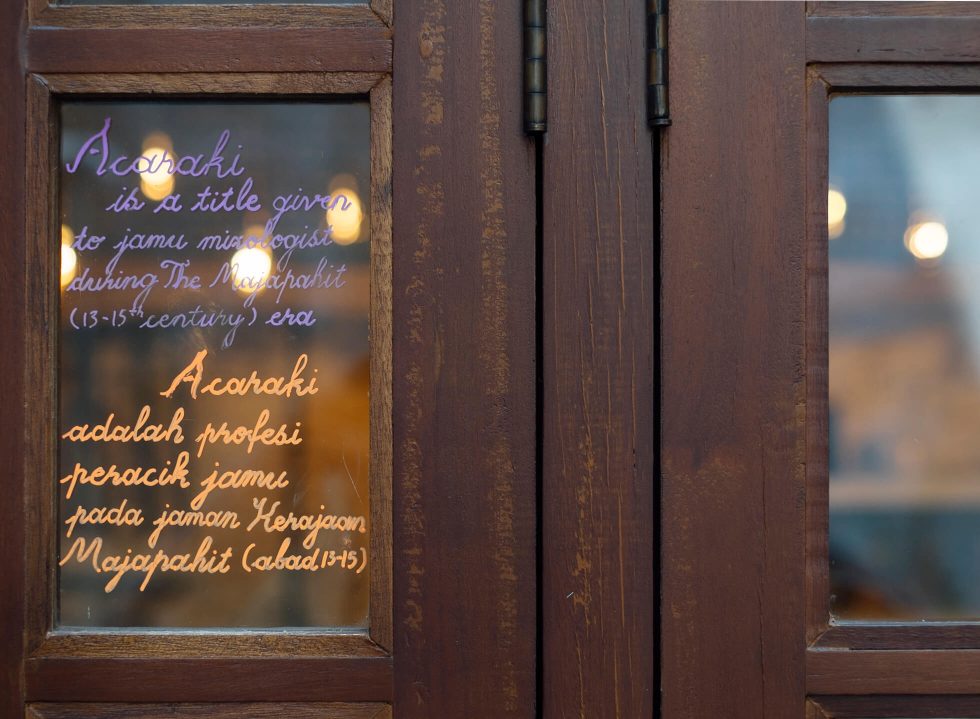 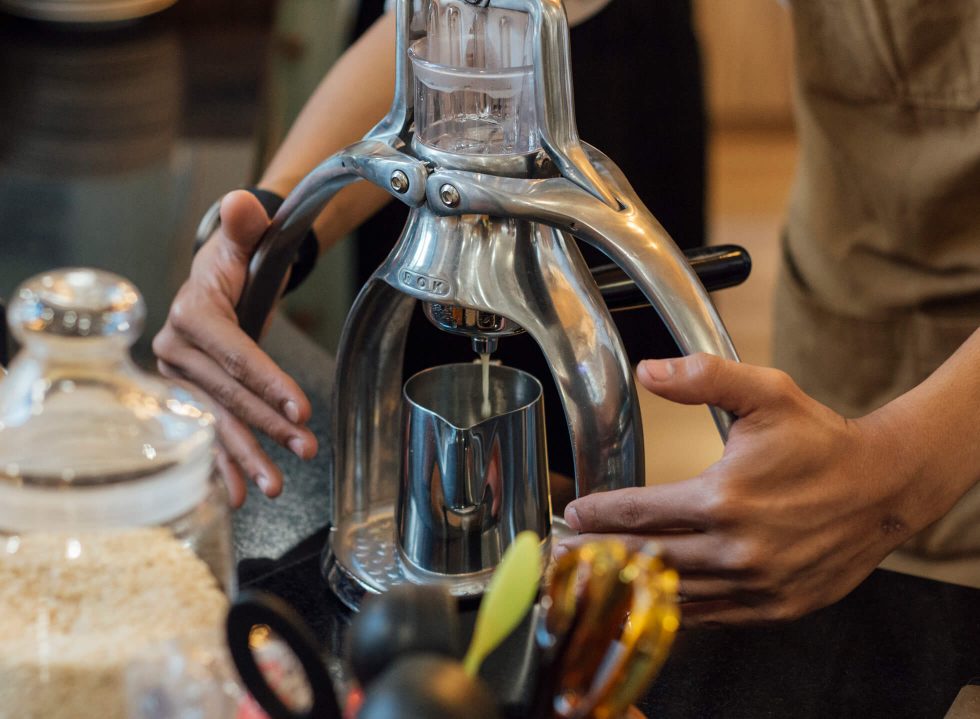 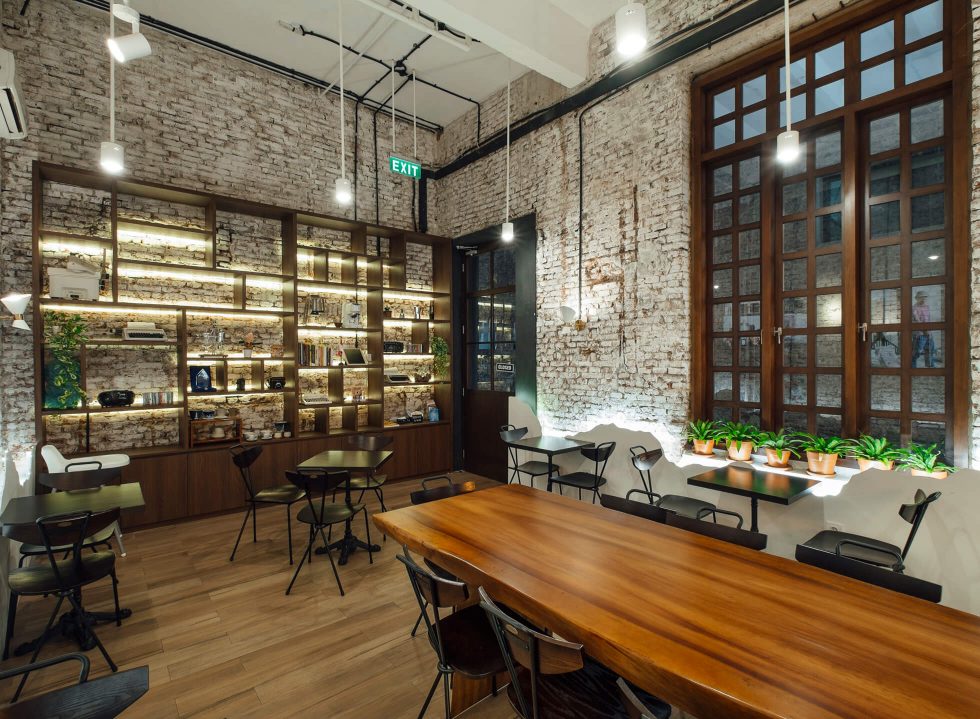 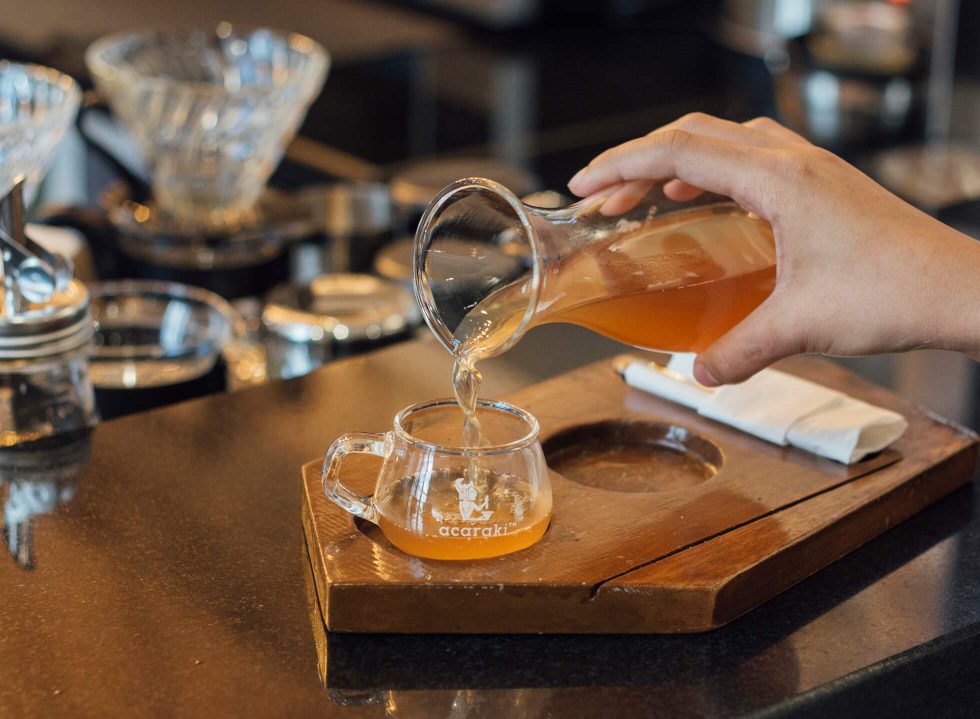 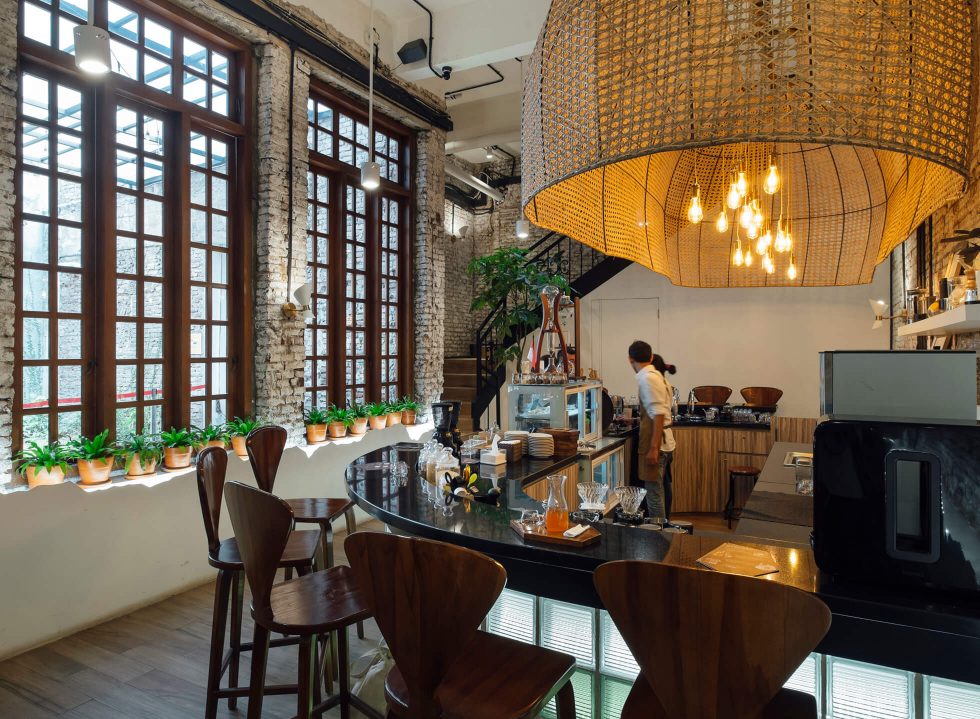 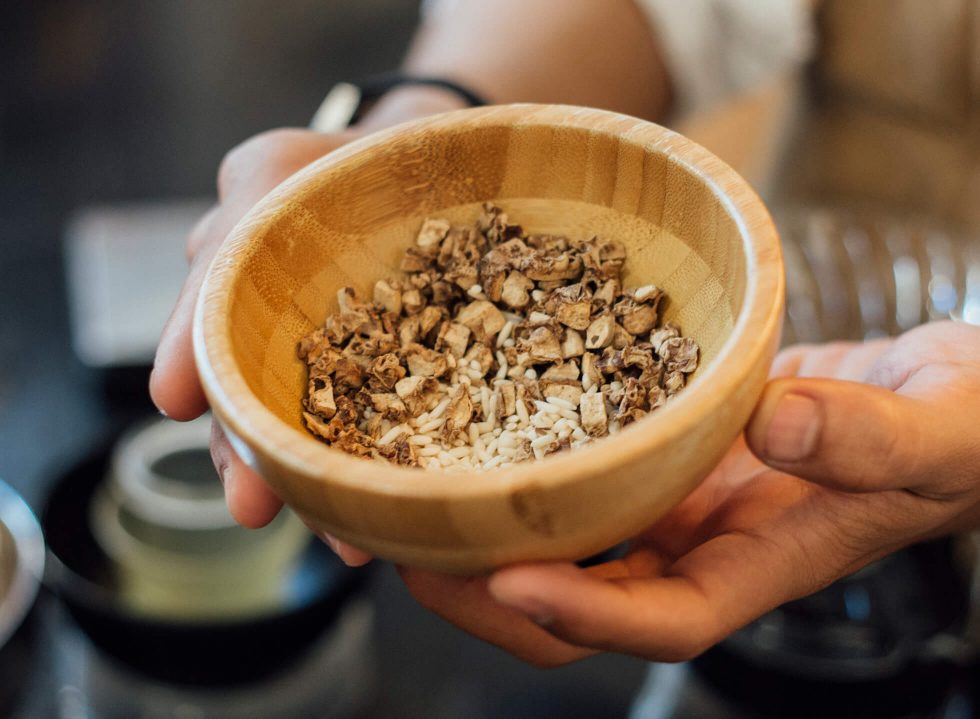 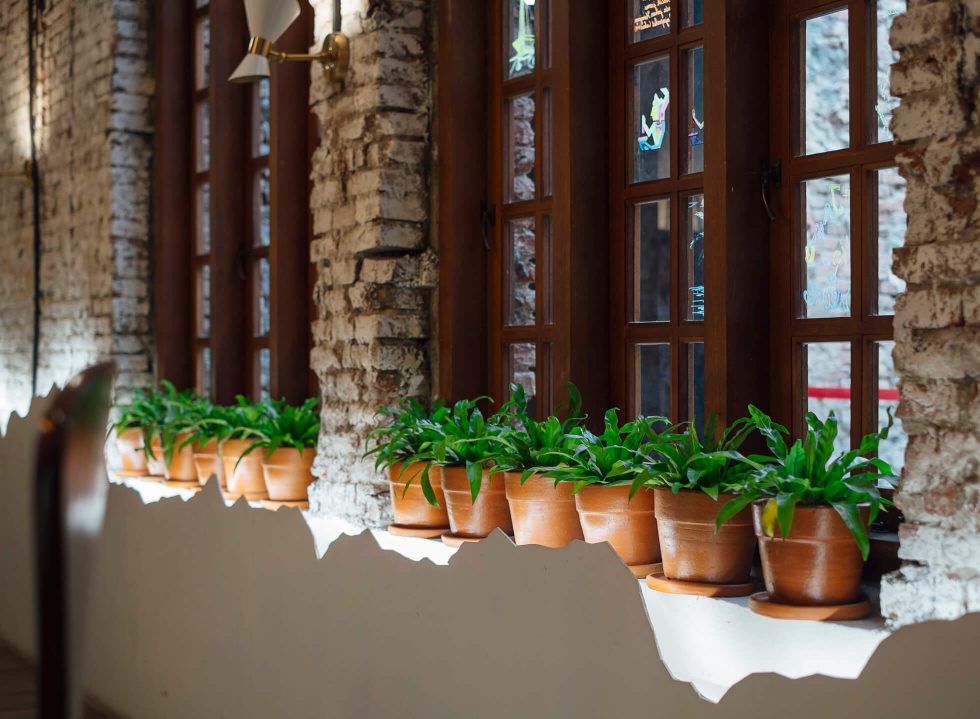 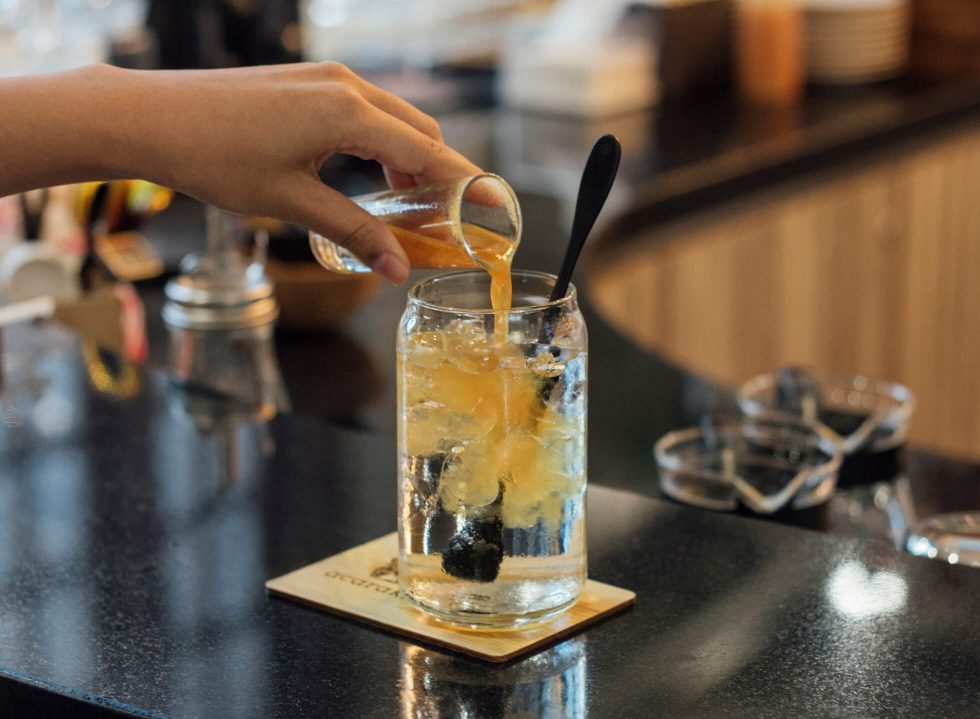 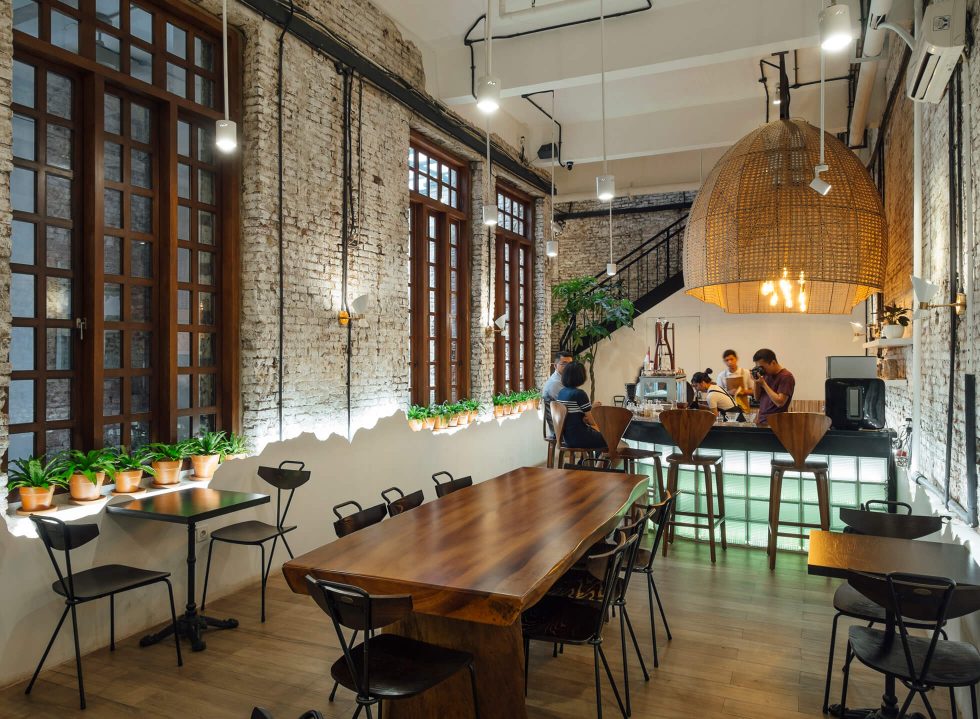 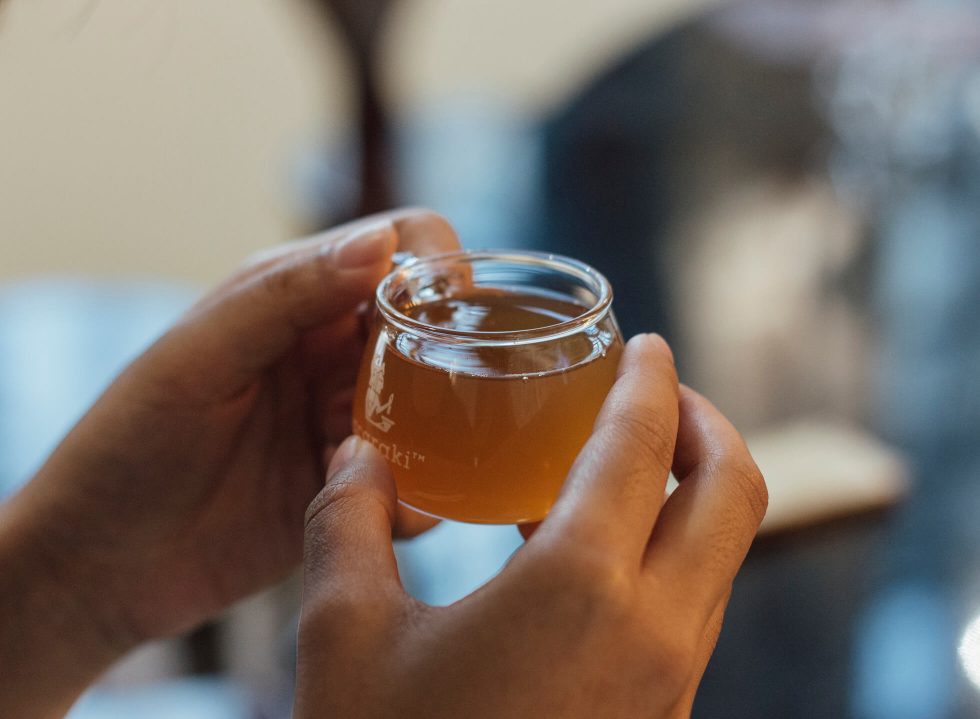 For generations, jamu has been recognised as a breed of specialty tonics made from a blend of roots, herbs and spices, such as turmeric root, ginger and tamarind. Because of jamu’s known health benefits, Indonesians often regard it as a medicinal drink for detox and enhance overall well-being. However, with such a strong, distinctive taste, this concoction isn’t much favoured by the younger generation as their choice of healthy remedy —  let alone as a drink to order in social gatherings like the way coffee is today. Not to mention, the fact that it’s often referred as the old folk’s drink, appreciation for jamu continually declines in the modern days. However, with dashes of innovation and modernity, the guys at Acaraki shine the spotlight back on this much-forgotten elixir.

Nestled in an almost-hidden, small alleyway at the heart of Kota Tua, Acaraki is West Jakarta’s newly established café with a small, concise menu that is dedicated to jamu. While others are gaining momentum by diving themselves into the coffee wave, Acaraki goes against the current and is doing the exact opposite by going back to Indonesia’s roots.

With a mission to bring the jamu culture back in vogue and pioneering the ‘New Wave Jamu’ as their tagline, Acaraki integrates the old with the new; that is, by crafting this herbal drink through unconventional methods and coffee-making instruments. Specialising in the two most-generally found Jamu, Beras Kencur and Kunyit Asem, the jamu here is prepared with brewing method typically used for coffee: V60, French Press or straight up espresso style, which correspondingly yields the different intensity of the jamu flavour.

If that’s not enough to caught your fancy, try one of their signature drinks that redefines this traditional drink. Geared specially to capture the hearts of the current, younger audience, one is likely to be fixated with Saranti, their special concoction that blends jamu with milk and sugar that is equally enjoyable hot or cold. Alternatively, have a go at the Golden Sparkling, which mixes Kunyit Asam with sugar and sparkling soda. Whichever it may be, by presenting jamu in a modern fashion, Acaraki has wisely found a way to make this herbal drink more “social-friendly” and appealing to the modern generation: now, they may enjoy a real jamu experience and reap its healing qualities without being shell-shocked by the strong herbal taste.

With their industrial-themed interior, one may mistakenly feel as if they are visiting a modern coffee shop. Not to mention, calling the city’s main tourist destination as its home also comes with its own benefits. The jamu cafeé opens its doors to a variety of visitors, both local and foreign. There is no doubt that Acaraki will soon earn a nod of recognition for taking pride in and celebrating this forgotten cultural heritage, proving there is still a place for this humbled drink in this city.