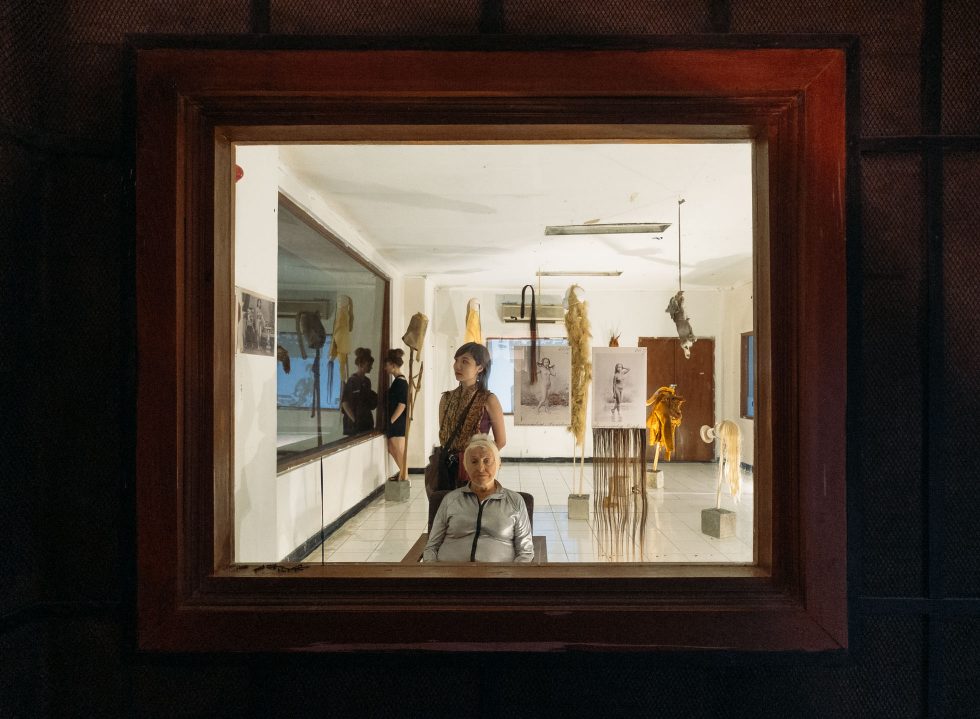 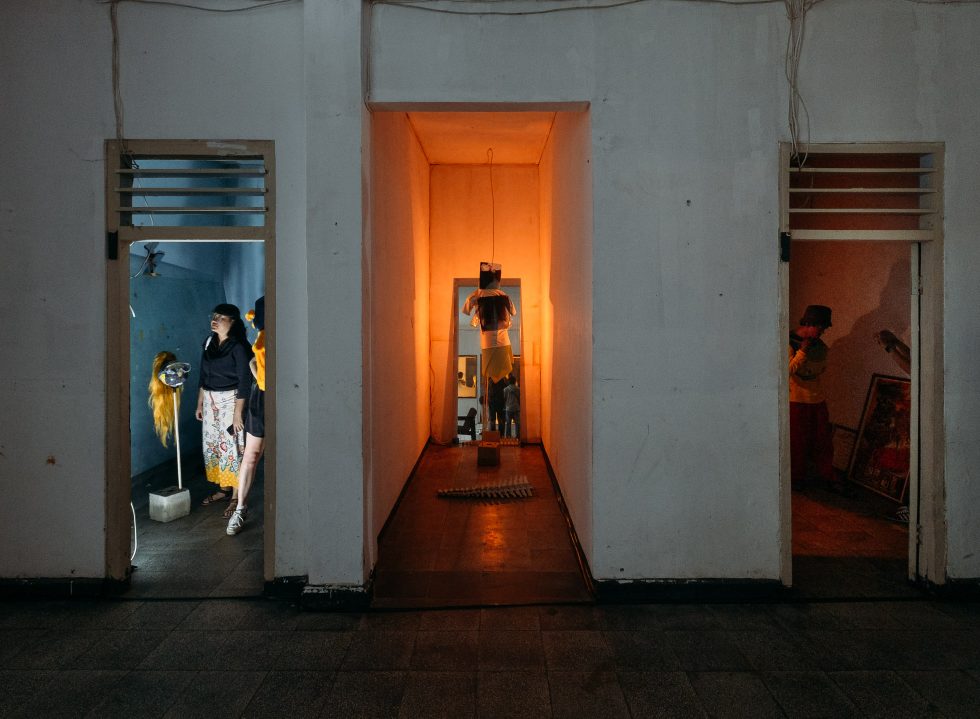 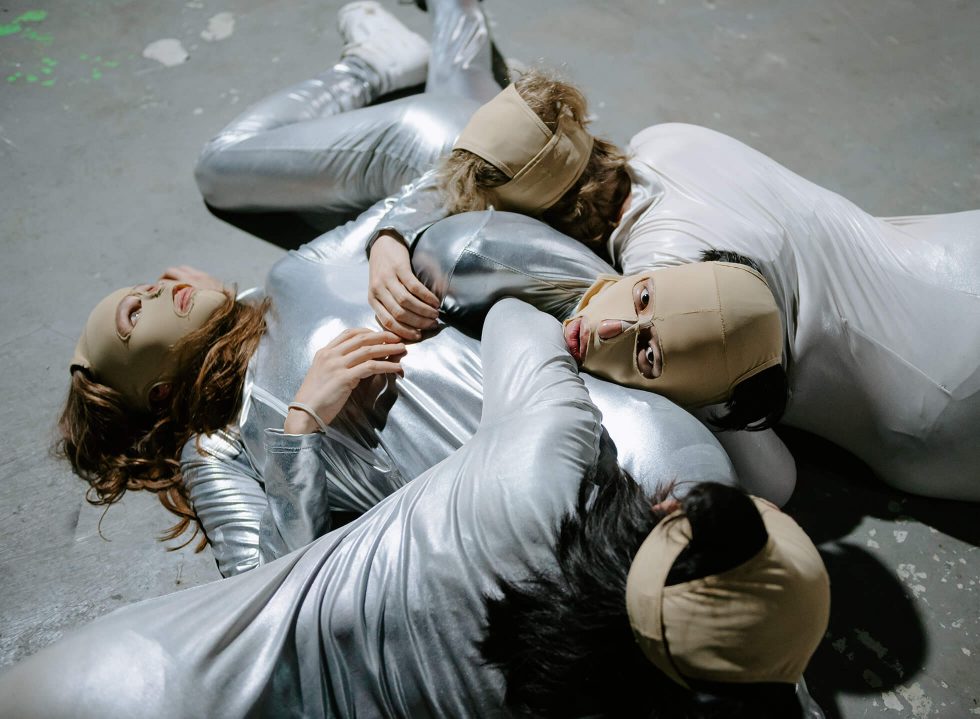 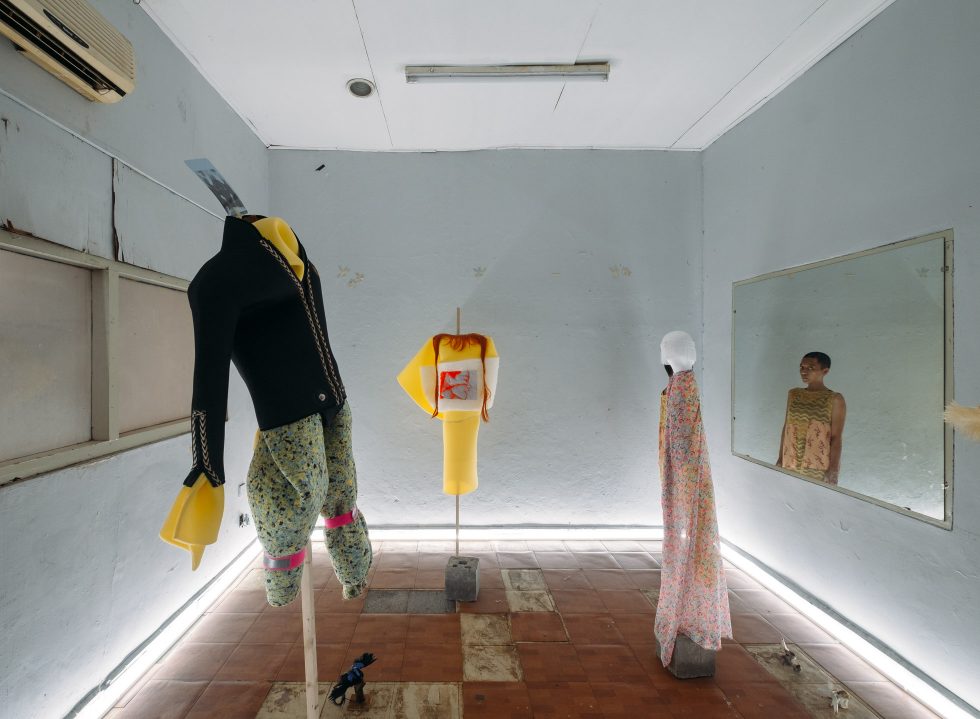 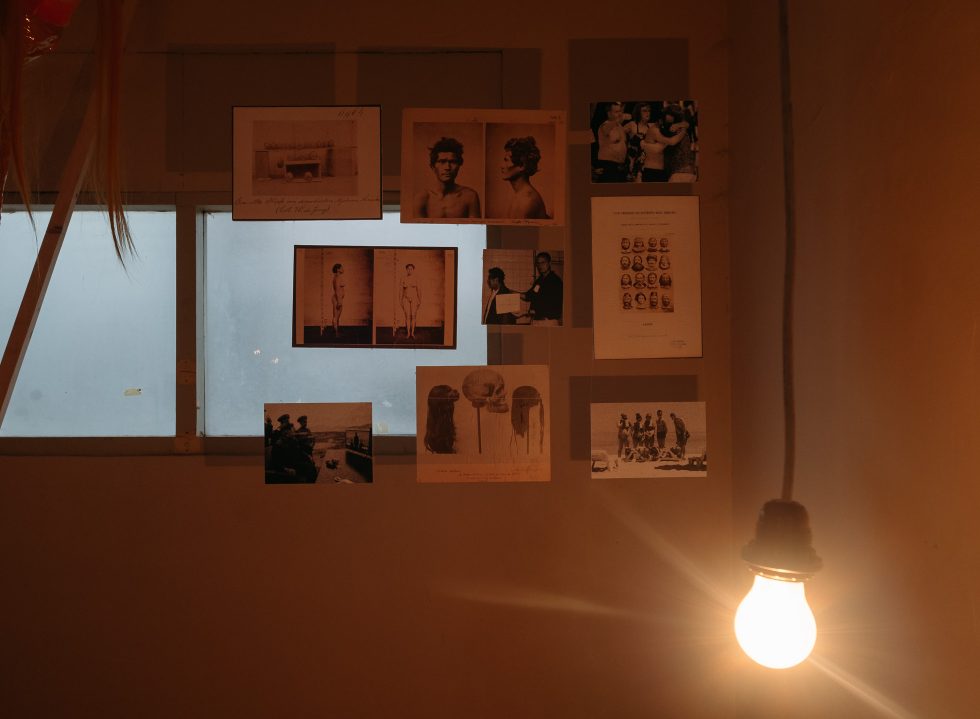 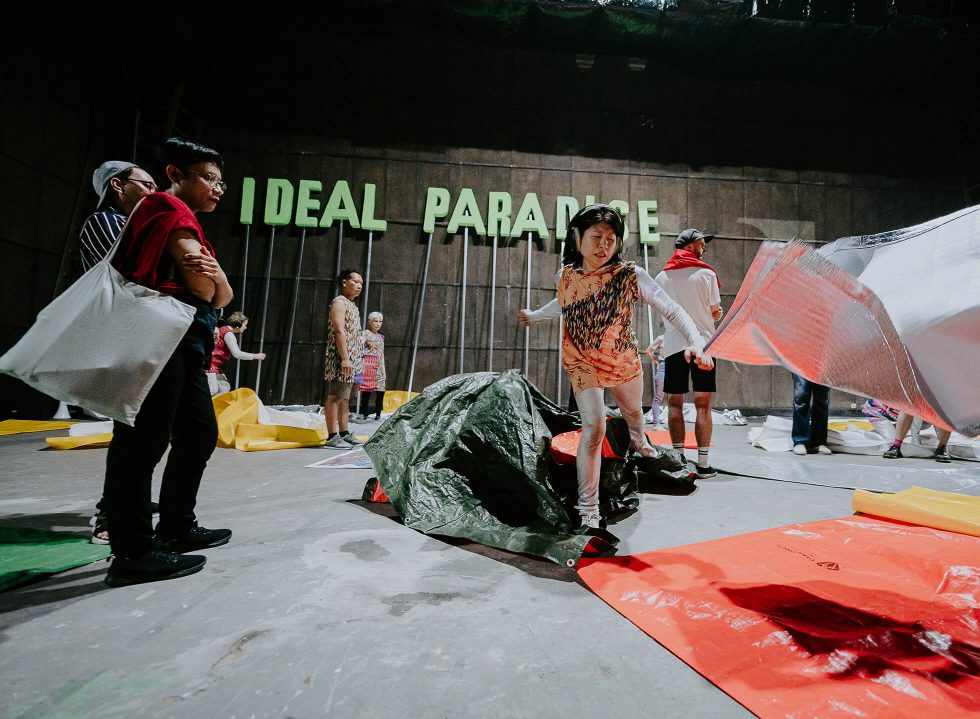 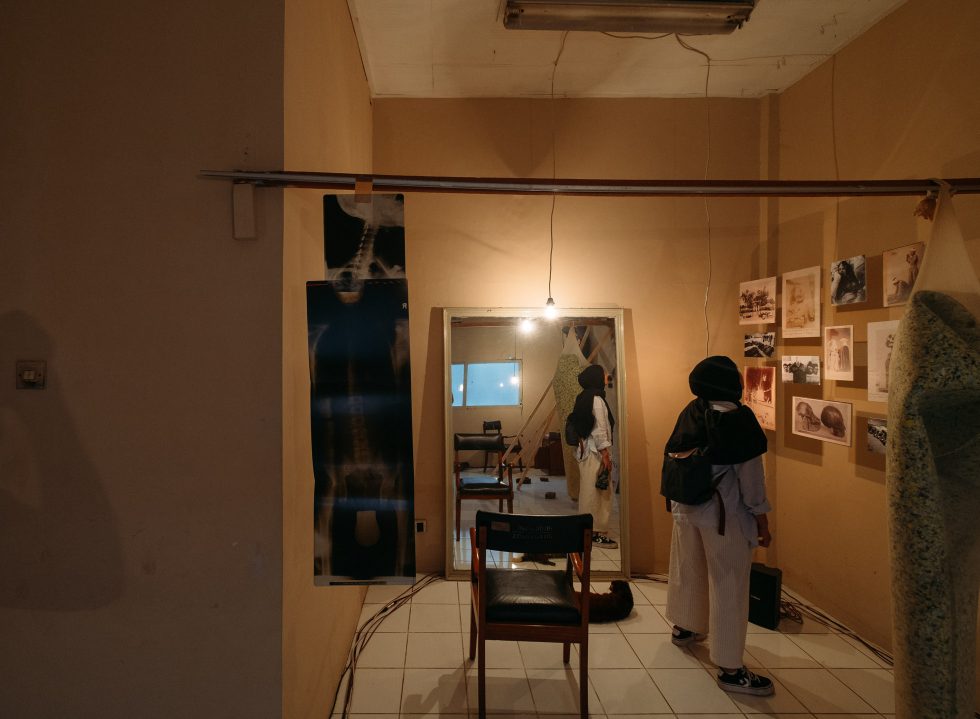 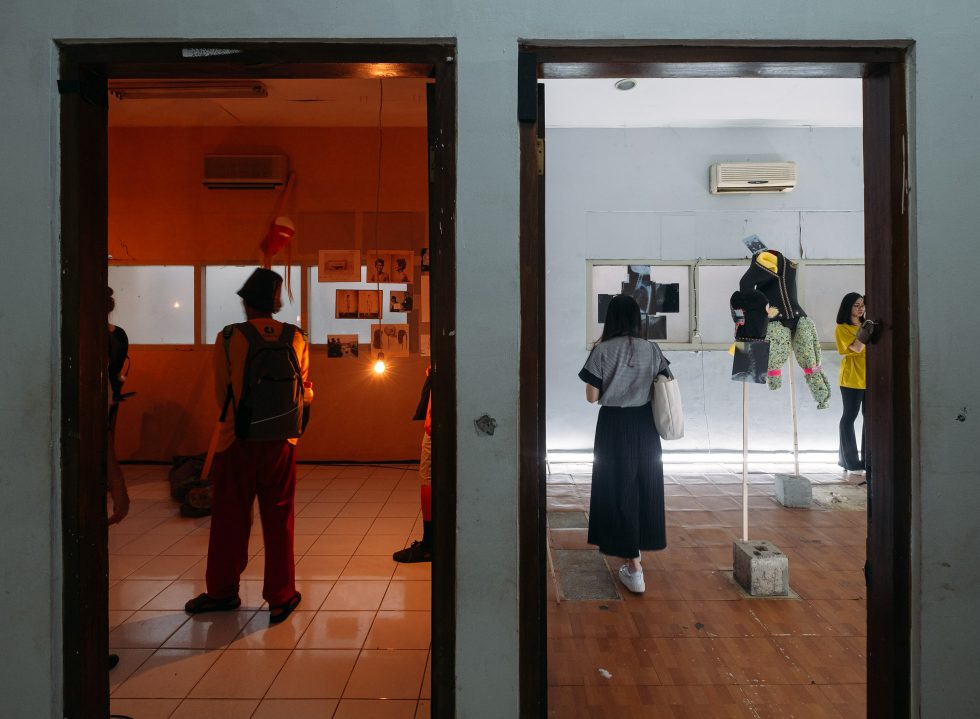 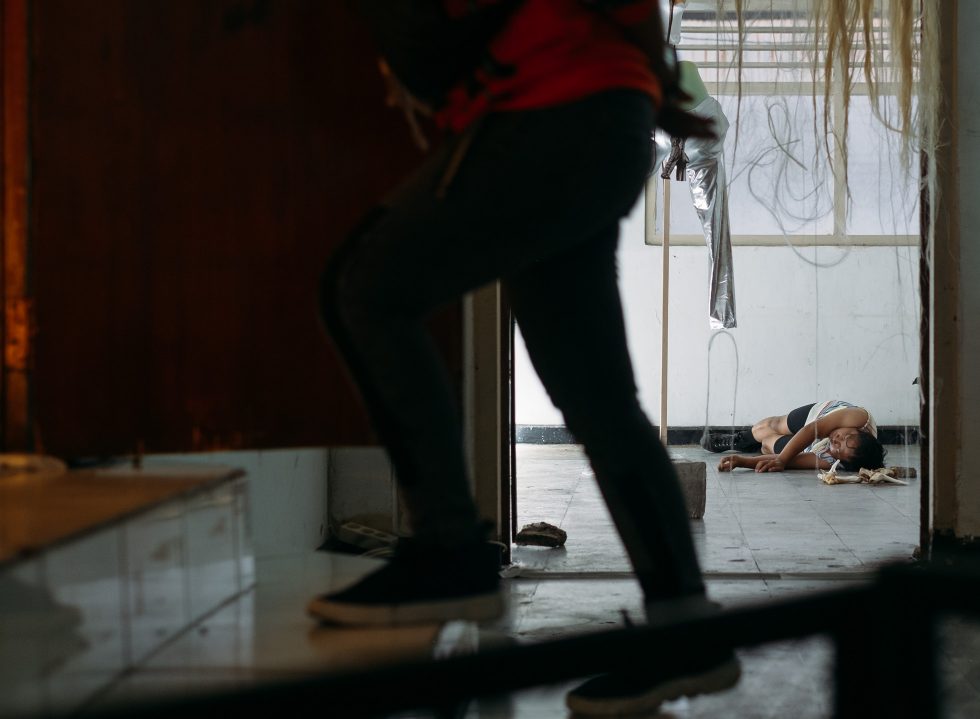 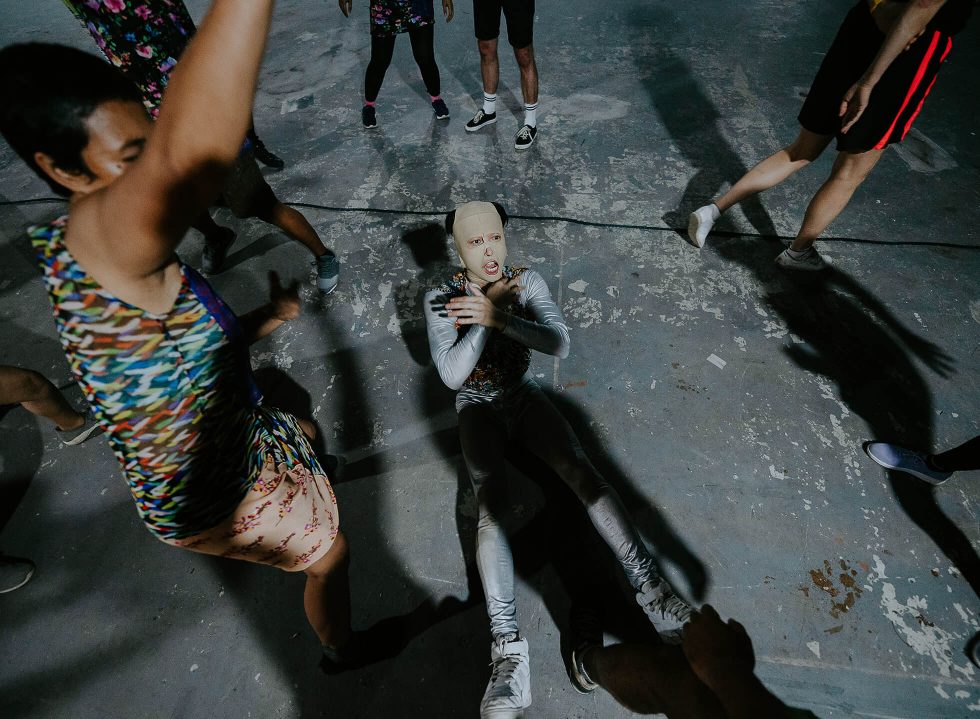 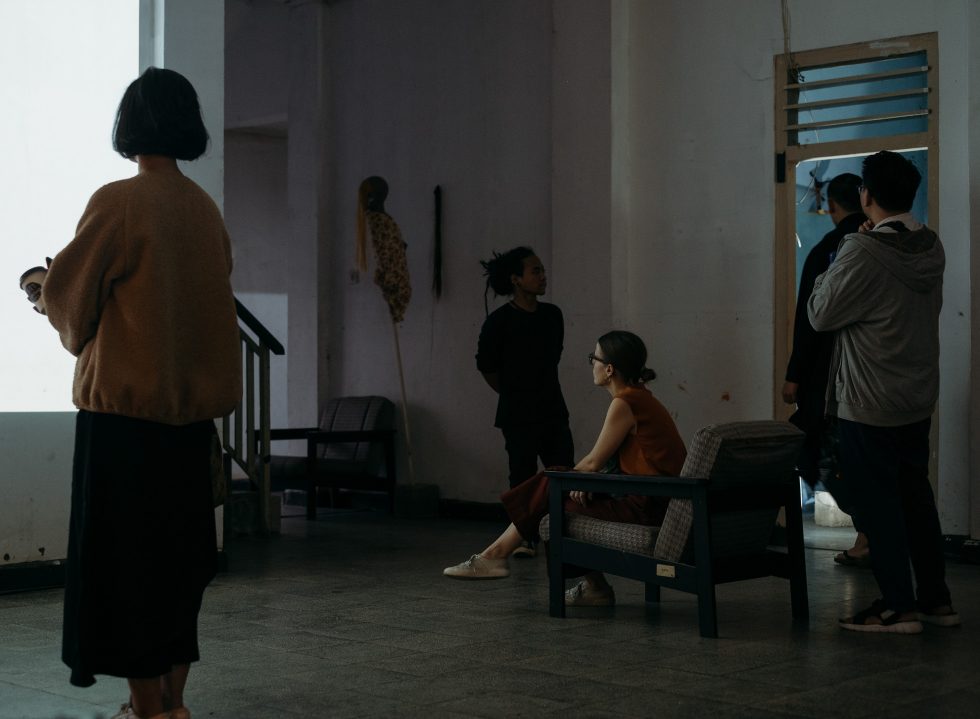 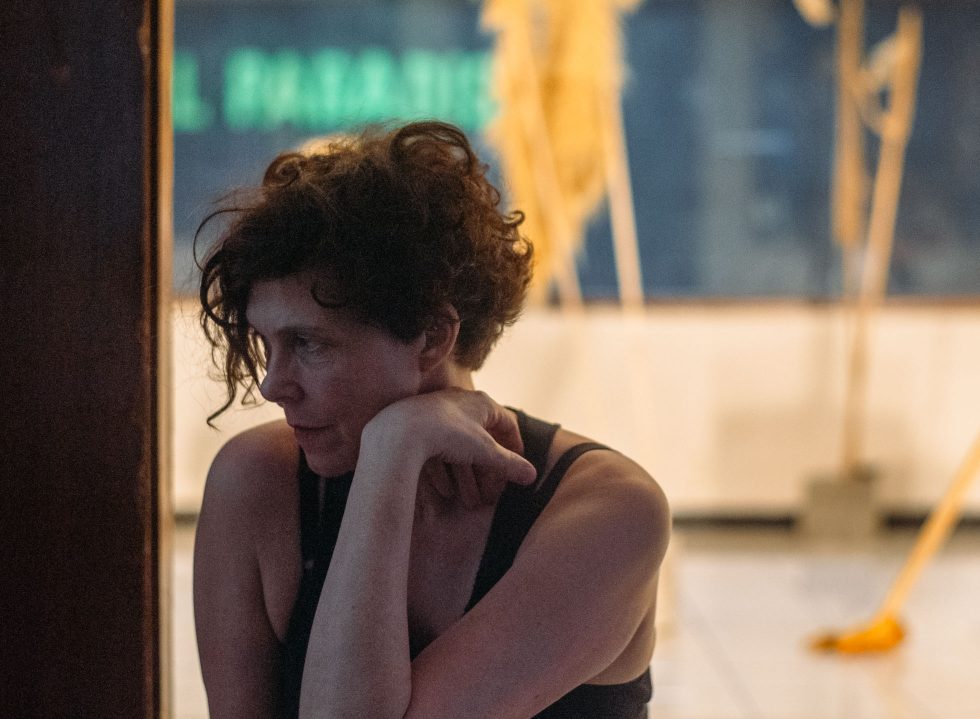 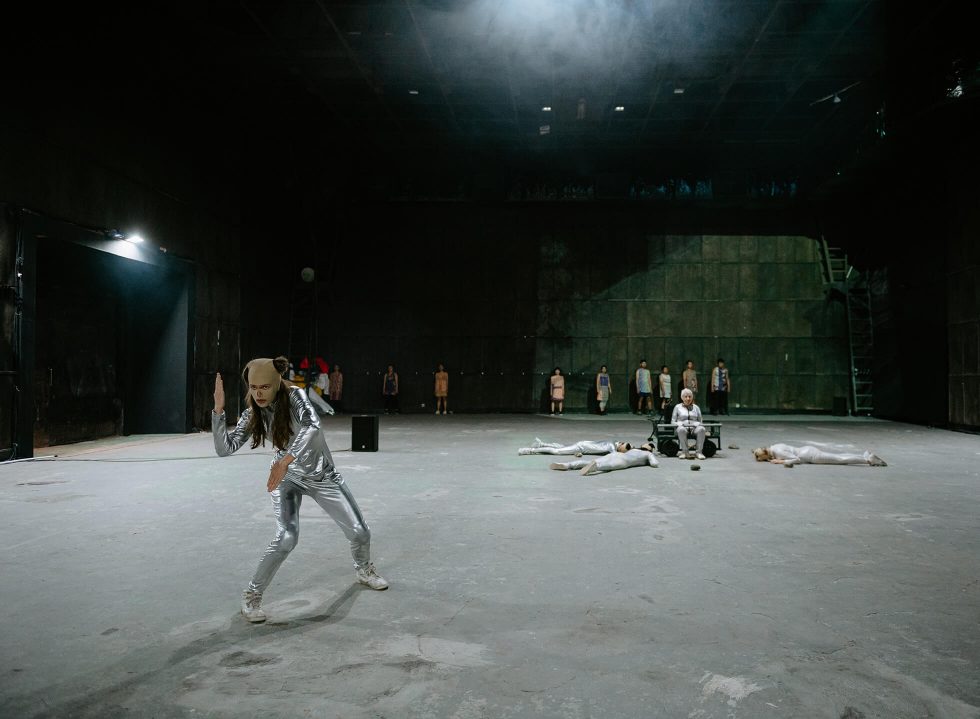 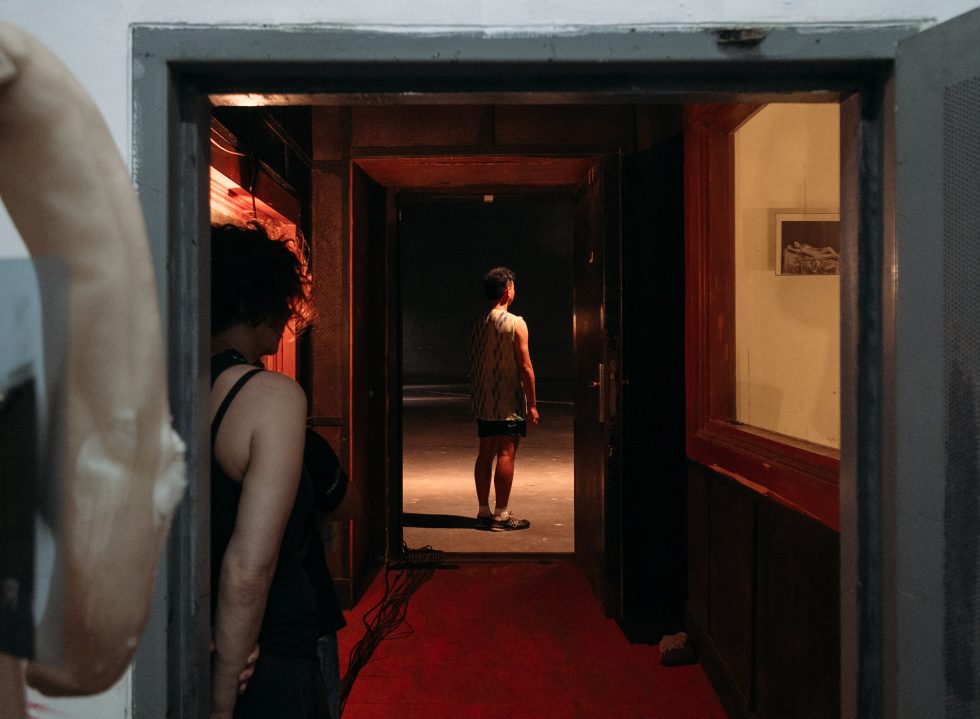 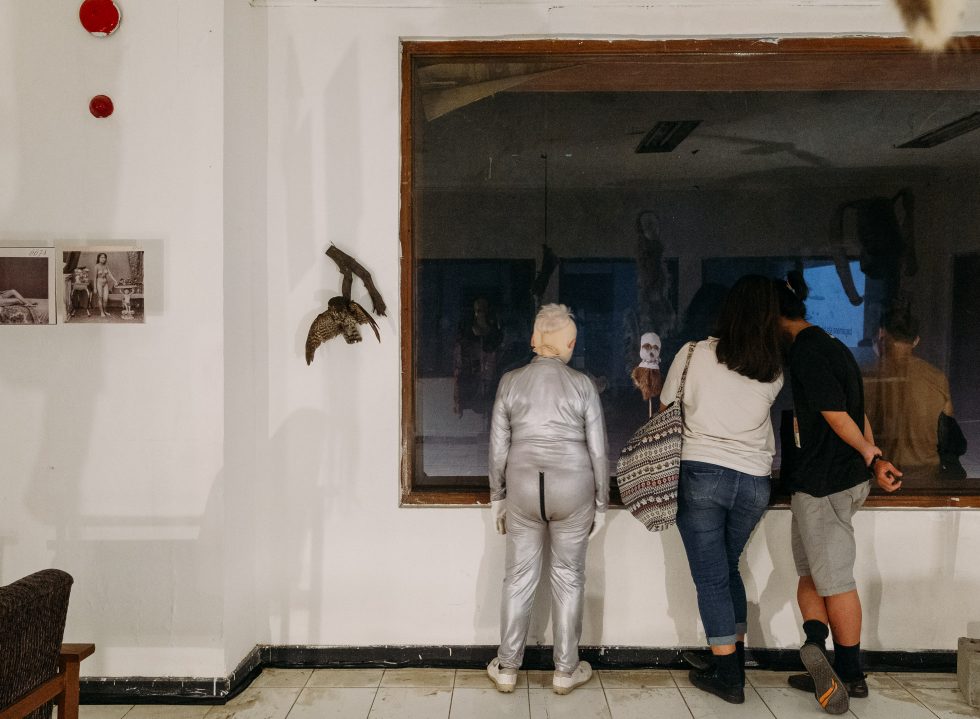 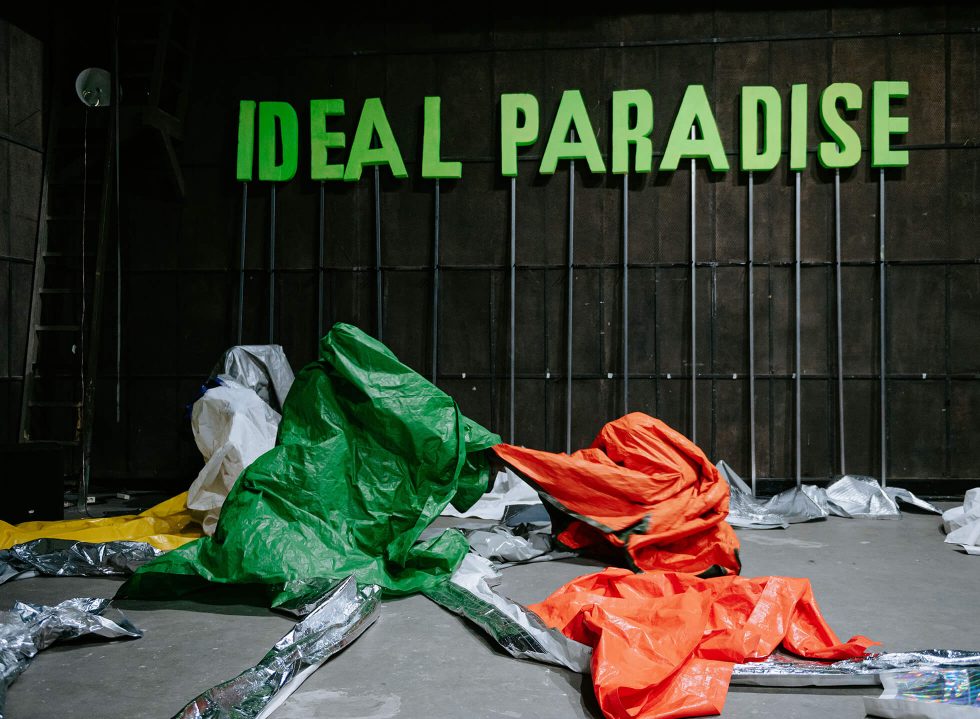 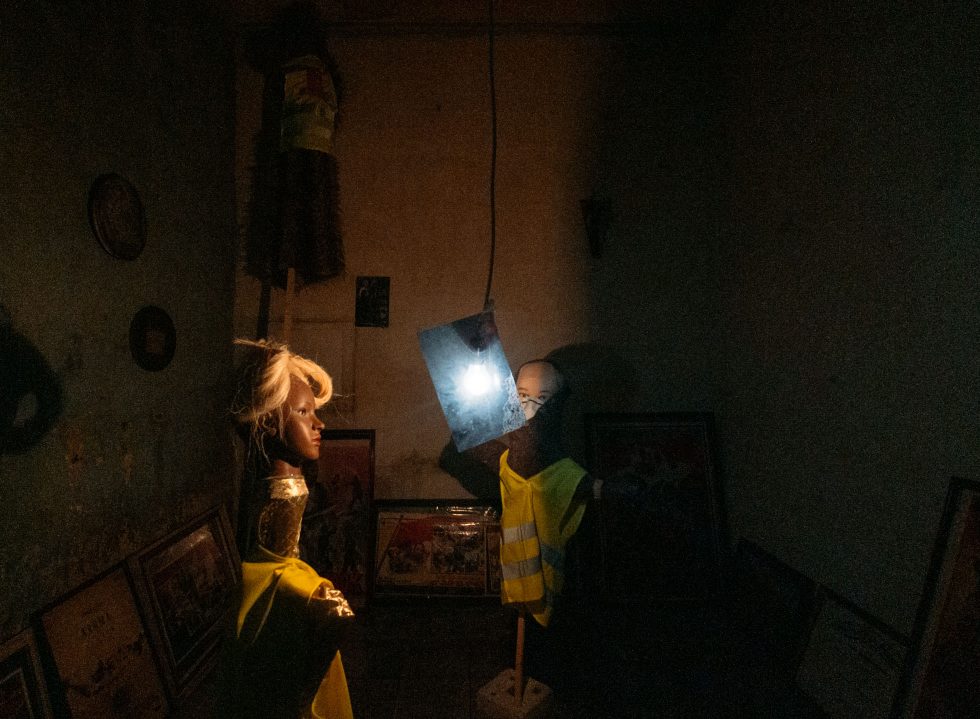 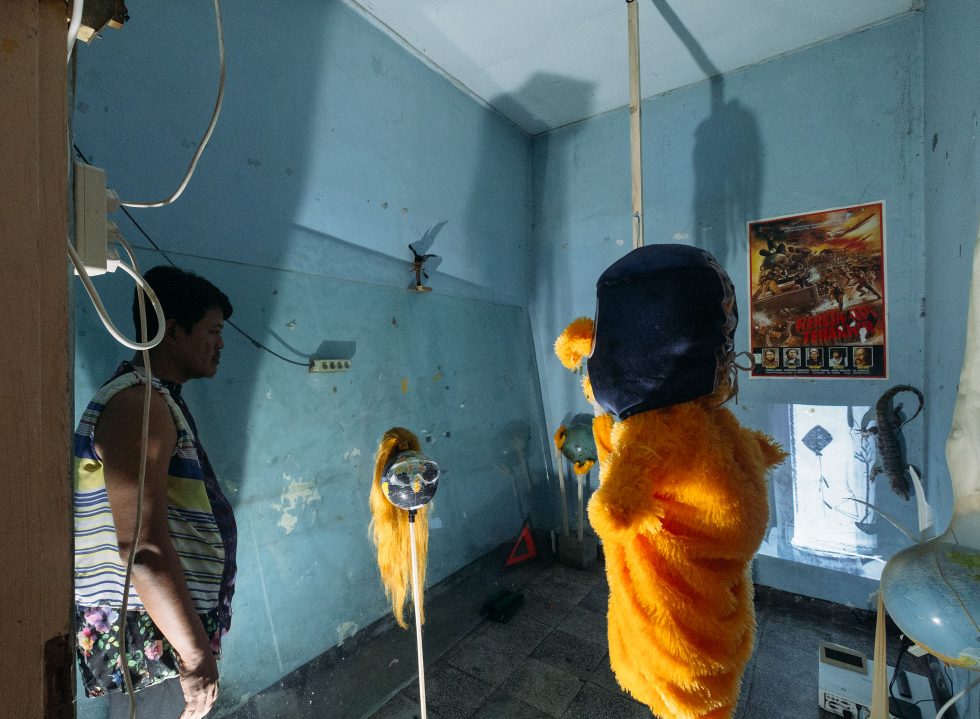 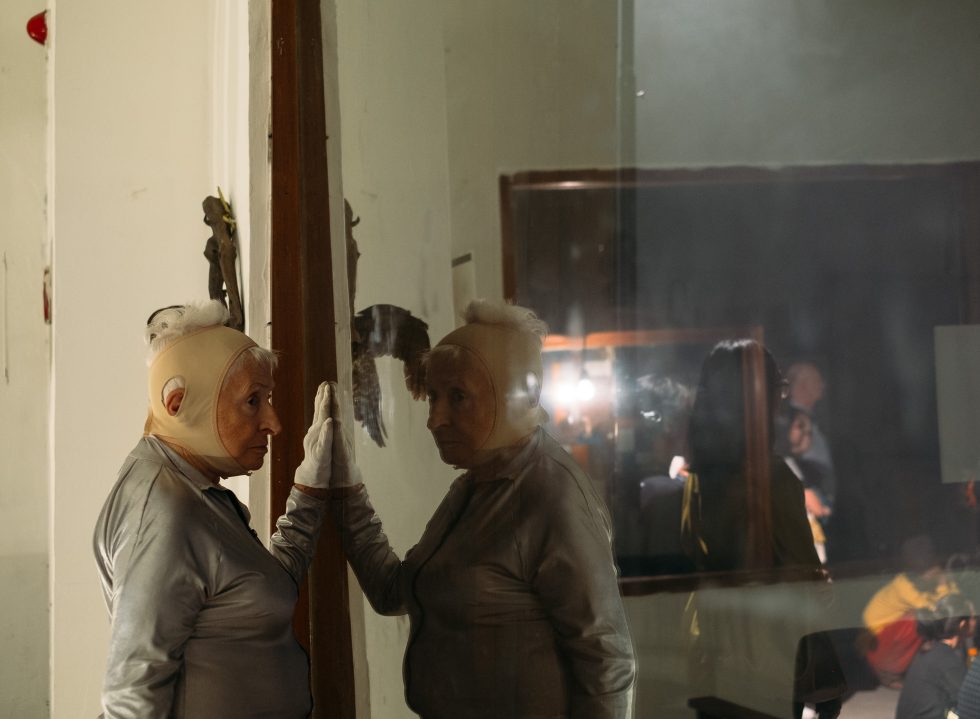 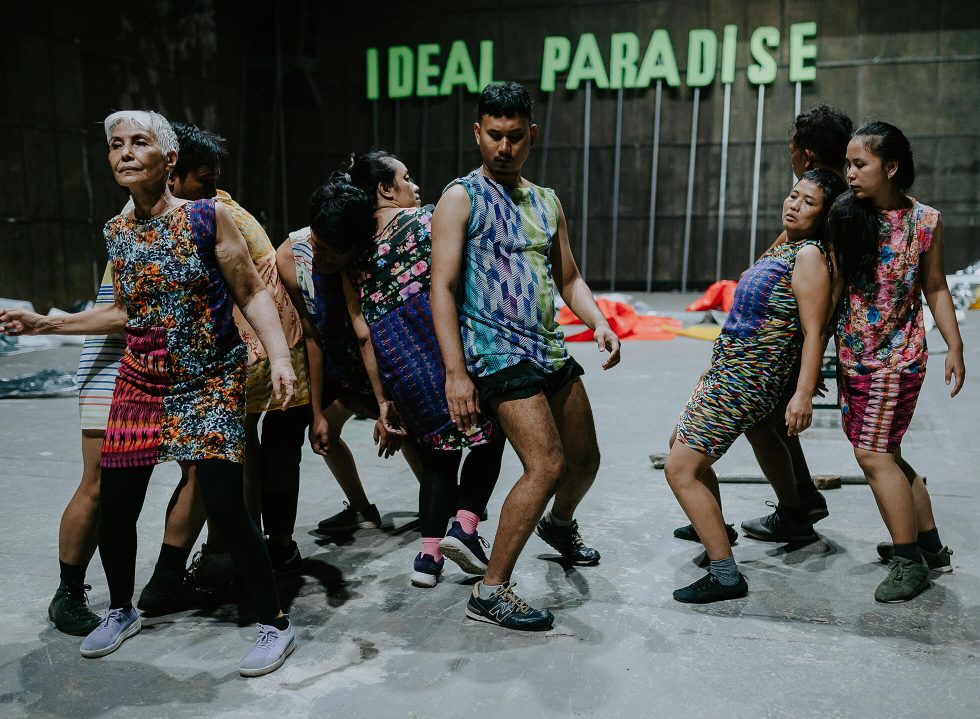 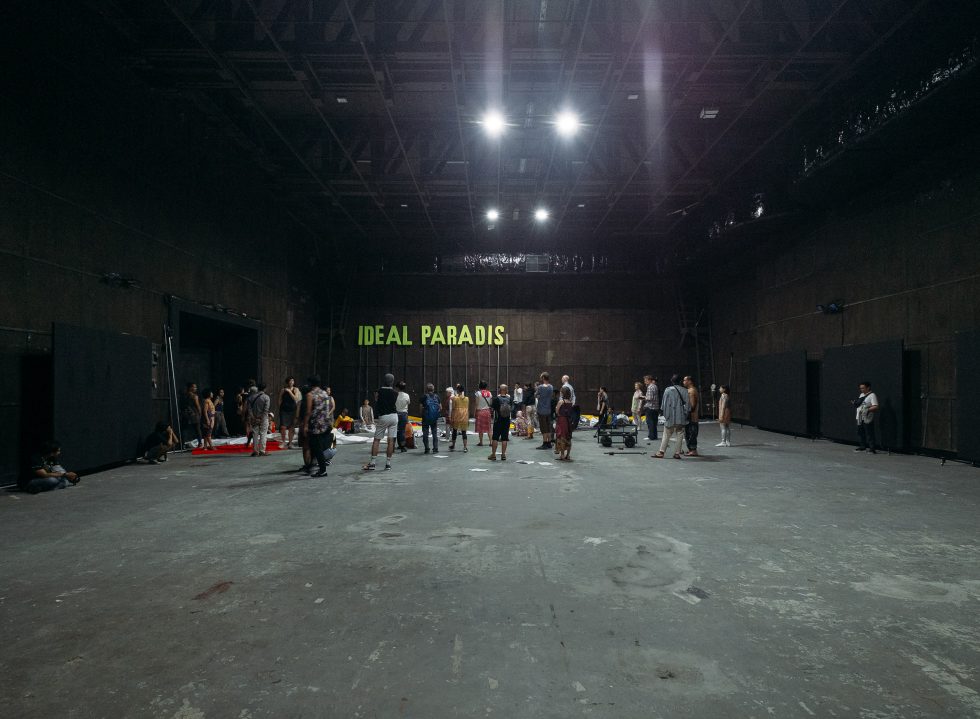 By Hana Oktavia A.
Share
Ongoing from 26 to 29 February 2020 in Perum PFN, the last IDEAL PARADISE by Claudia Bosse of theatercombinat espouses socio-political commentaries through a multi-platform art show that breaks boundaries between space and its spectators.

In the last IDEAL PARADISE, a daring multidisciplinary exhibition presented by Goethe Institut and Produksi Film Negara, German artistic director Claudia Bosse and media artist Günther Auer collaborate with local artists from different backgrounds to explore the changes following Indonesia’s past cultural, political and religious upheavals as a way to contemplate the current.

Established in 2015 by the Vienna-based theatercombinat, The Ideal Paradise series was previously held in its hometown and Düsseldorf (2018) before Claudia focused her lens on Indonesia for the third and final installment of the series.

Embracing catastrophe as its theme, spectators are presented with installations and choreographic performance on social and political constellations which link to the present state of Jakarta and its society. “I have to say I have a positive notion on catastrophe. I find the word tricky because it ruins an order, and you can see that the destroyed narrative structure is still there, but then it gives room for something new,” Claudia commented on her approach.

Taking place at Perum PFN (Produksi Film Negara) in Kampung Melayu, the last chapter of The Ideal Paradise utilises the historic building where past Indonesian educational movies and even notorious propaganda features were once produced. “I found this urban texture extremely interesting. How it seems interconnected, and it feels that every spot [in the building] gets an appreciation of re-use, that people can survive,” she continued.

The 2.5 hours exhibition, which took Claudia two years to produce and research with the help of activists, such as Akbar Yumni (journalist of Forum Lenteng), is divided into two separate excursions: an exploration through installations and performance, both executed in collaboration with local artists of different ventures, including performers dubbed as the Ghost Team to enact a space-exploration performance that weighs in on power abuse, matters of territory to colonised and decolonised Indonesia.

For the exhibition of the last IDEAL PARADISE, Claudia Bosse redesigned rooms in the timeworn construction into open set-ups with objects and visuals that trace back to decades, such as colonial-era ethnographic photographs, archives from the 1984 propaganda feature film Pengkhianatan G30/SPKI to photoworks and spoken words about the practice of beheading.

Covering elements of history, controversy and violence, many works found in the last IDEAL PARADISE are derived from materials of daily use, namely foams, feather duster and clothes. Here, one is welcomed to roam around the space as narrative texts, thematic sound works and visual objects abound. “I learned step by step and saw the film An Act of Killing (2012), and then I was surprised by how this culture goes together with such extreme brutality of a political murderer and the history of the younger nation,” Claudia expressed.

In this Jakarta-adaptation of the exhibition, everyone is welcome to wander and engage with the performing artists. Come as you mingle with works that confront functions of time, space and the nation’s socio-political traces that led the city (and its dwellers) to where it is now. 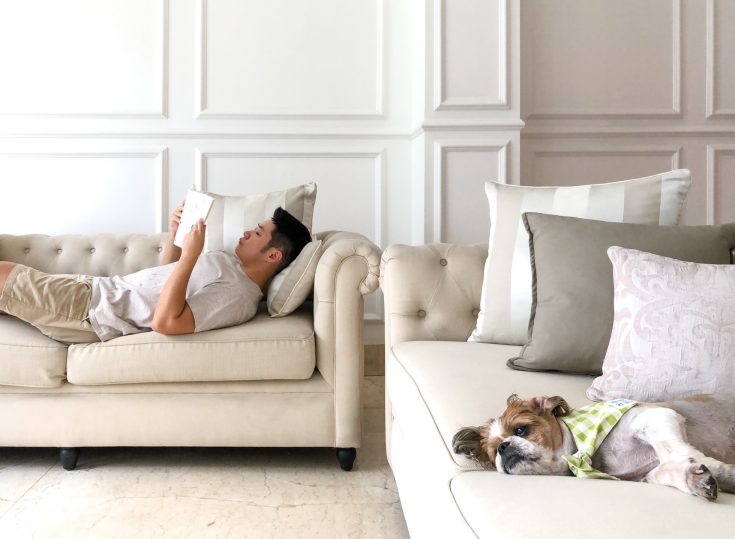 Alone but Not Lonely with Pets

What is it about pets that can remedy our loneliness? Whether they're nonchalant felines or energetic pooches, pets have a mysterious way of keeping us healthy in the face of isolation. 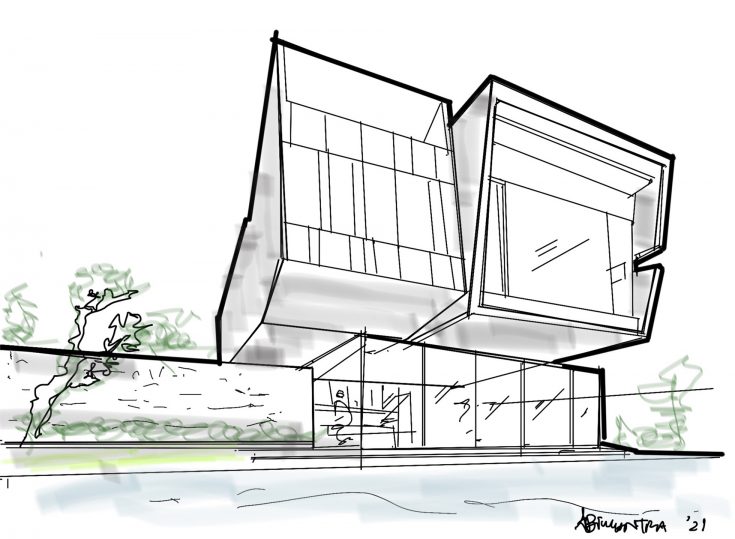 As an architect and a keen observer, the pandemic has led Abimantra Pradhana to pleasant discoveries of unusual homes and intriguing facades within neighbourhoods of South Jakarta, which, lucky for us, he documents and shares on his social media. Spotted along his usual walking route, the series has enlightened fellow architecture enthusiasts as well as those who are only just discovering its delight. 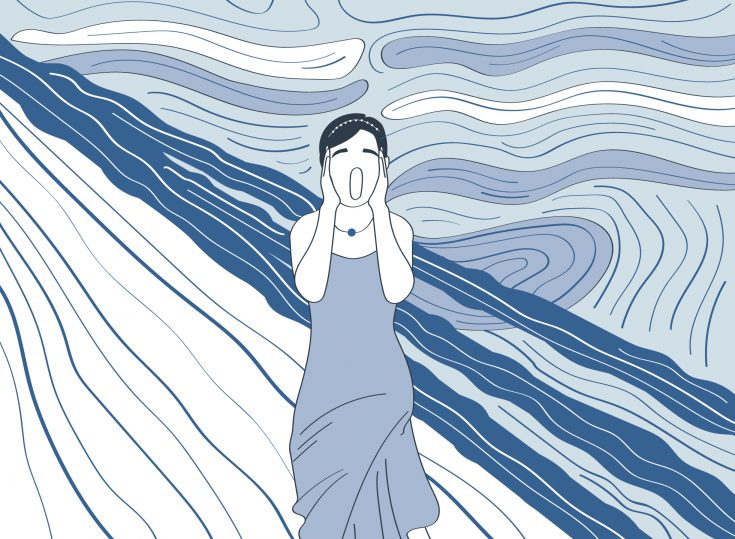 Opinion: On The Wins and Woes of Delayed Weddings

Two years into the pandemic, we’re no strangers to postponing celebrations, such as weddings, on which Associate Editor Hilda Raina reflects on the realities couples face and learn about commitment, empathy, and communication, in the name of the big day. 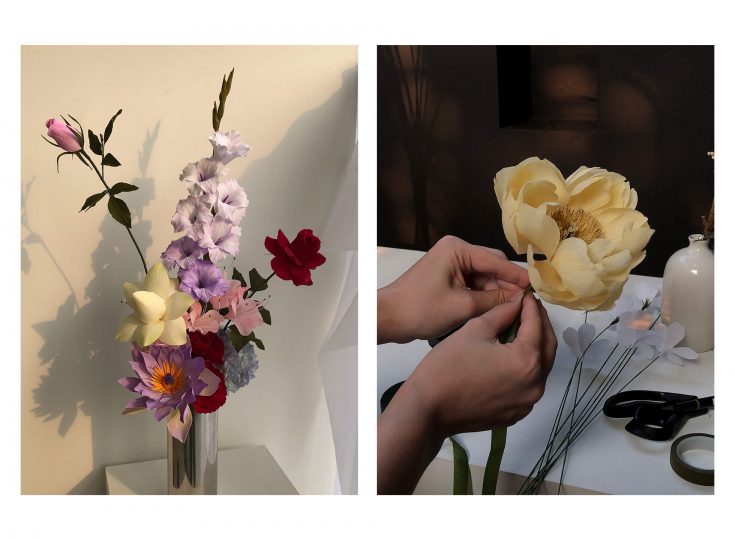 The Everlasting Blooms of Lilco Flowers

In an age where most things are short-lived, the sculpted paper flora of Lilco Flowers are challenging the norm for single-use decoratives with ethereal floral arrangements, which equate in beauty, but triumphs over its living counterpart with their long-lasting nature. 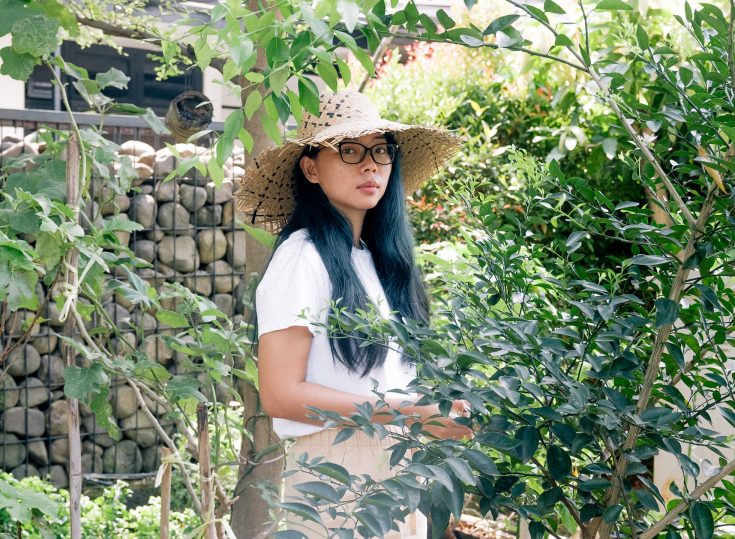 Hara and the Rebirth of Rara Sekar

Once one half of Bandung duo Banda Neira, Rara Sekar Larasati renewed her commitment to music with a new solo persona as Hara and an idyllic traditional folk E.P. "Kenduri", presenting the artist's ethereal yet grounded exploration of her spiritual relationship with gardening and Mother Nature.